Now a mature family vehicle and no longer a cute ute
by Andy Leuterio | Jul 16, 2013
CAR MODELS IN THIS ARTICLE

I still remember that when the first-generation Toyota RAV4 came out, it was immediately branded as a \"cute ute\" along with the similarly themed Honda CR-V. Locally available SUVs at the time were of the big and cumbersome variety; they used a ladder-frame chassis, ran on diesel, and were essentially pickup trucks with roofs. The RAV4 was a small SUV, shared a platform with the Corolla, and was an eminently more drivable--if not exactly off-road capable--vehicle for it. Actually, what nobody wanted to admit even then was that these cute utes were basically taller, AWD station wagons--nobody wanted to buy boring station wagons when they could get the more rugged image of an SUV.

Several generations later, the RAV4 has grown bigger, gained more power, and is decidedly more grown-up than that first-gen RAV4 that seemed a mite too immature for sensible folks. The new RAV4 is, for better and worse, the car-based SUV alternative for Toyota buyers who\'d like something more refined than the evergreen, best-selling, truck-based Fortuner.

So, how does the RAV4 ride? In a nutshell, exactly like how you\'d expect a Toyota to behave: predictable, competent, solid, reasonably spacious, and dangerously close to being called an automotive appliance. Except, to make a bid for some lasting sportiness, the RAV4 is given a fascinating design theme that\'s somewhere in between genuinely futuristic and aesthetically \"safe.\" That is, a look you won\'t get tired of several years from now. The space-age theme is effected by the swoopy front fascia with the windswept corners of the grille and headlamps, a roofline that gently slopes down to the backlight, which itself is covered by a discreet spoiler that kind of works like a cap worn backward. A minimum of black plastic cladding protects the lower body panels from scratches, and the organic shape of the rear taillamps is very interesting, too.

Now, for the dashboard. That\'s got to be the busiest dashboard from Toyota in a long while, with lots of hard angles, straight lines, and differing textures. I wouldn\'t say it\'s ugly, nor would I say it\'s pretty; it\'s just different. It\'s definitely a refreshing change from the modular look of the Fortuner\'s, which is essentially shared with the Innova and the Hilux. A layer of faux leather complete with stitching adorns the lower half of the dash, and its only conceivable purpose is to add some chutzpah to what would otherwise be a long stretch of hard plastic. The instrument panel is a simple affair with three large gauges for the tachometer, the speedometer and the fuel gauge. The most complex element is the touchscreen stereo with its hard-to-use TFT display.

Like practically every other touchscreen stereo on the market, the screen\'s buttons have the sensitivity (maybe a bit less) of your average ATM, and the screen washes out under bright sunlight. The way I see it, the first manufacturer to have a touchscreen developed by Samsung or Apple will have a runaway hit on their hands. Some extra sporting bits include faux carbon fiber for the shift gate surround and door pulls, and a hefty steering wheel with leather wrap and pronounced stitching.

In my previous column, I griped that the front seats felt like \"they had wooden inserts,\" but one reader (a RAV4 owner) commented that they just needed some time to break in. Fair enough, although our test unit was several thousand kilometers old already. Of course, seats are a personal thing. Anyway, the leather fitted on the RAV4 is of the tougher variety. It\'s not as pliant or fragrant like you\'d find in a luxury car, but probably a better choice for families who must deal with road-trip issues like spilled milk, crumbs, sharp objects, and mud in the interior. You just get a wet rag, wipe off the crud, and off you go.

Speaking of road trips, I\'ll give the RAV4 top marks for cargo space. Our weekend trip to Pico de Loro had me packing the available space behind the back seat with room to spare for a couple more bags. Folding the rear seatback down, however, creates a flat load floor with no need to \"tumble\" the lower seat bottoms forward.

With my family on-board (me, wifey, nanny and kiddo), the RAV4 had no problems getting up to speed reasonably quickly with its 176hp engine. With a 2.5-liter displacement, you can\'t really expect a relatively large in-line-four to deliver impressive fuel consumption figures in the city. However, the extra displacement makes sense on the highways where the car loafs along at a low engine speed, or on steeper gradients where it can muscle its way up past many other vehicles. By the computer\'s estimate, its city/highway fuel efficiency was 7/10km/L.

This is not an engine that likes to be worked hard, by the way. It\'s not particularly rough or gnarly at high engine speeds of 4,000rpm, but it doesn\'t make particularly sweet music. Mainly, it is a forgettable yet prominent engine note at high engine speeds, which just serves to remind you how much more gas you\'re burning. I still love the second-generation RAV4\'s spunky 2.0-liter that loved to be revved.

Apart from the styling difference, one other thing that customers choosing between a Fortuner and a RAV4 should consider is the ride quality. Riding on struts and double wishbones, the RAV4 pretty much rides like a taller, slightly stiffer Camry as compared with the Fortuner\'s decidedly truck-like ride. It\'s also easier to steer in tight confines and is fun enough to drive in the twisties compared with the tank-like character of the Fortuner.

With a sticker price ranging from P1.357 million all the way to P1.978 million, there\'s nothing cute anymore about the latest RAV4. Instead, what you get is a mature family vehicle that delivers all the traits you\'d expect from a Toyota in a sleek package for those who\'d like something more refined (or just different) than the staple Fortuner. 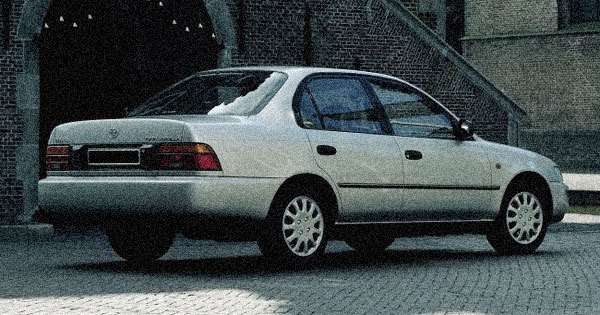 How do I dispose of an abandoned car with power-steering fluid leaking?
View other articles about:
Read the Story →
This article originally appeared on Topgear.com. Minor edits have been made by the TopGear.com.ph editors.
Share:
Retake this Poll
Quiz Results
Share:
Take this Quiz Again
TGP Rating:
/20