Motoring in the Year of the Horse 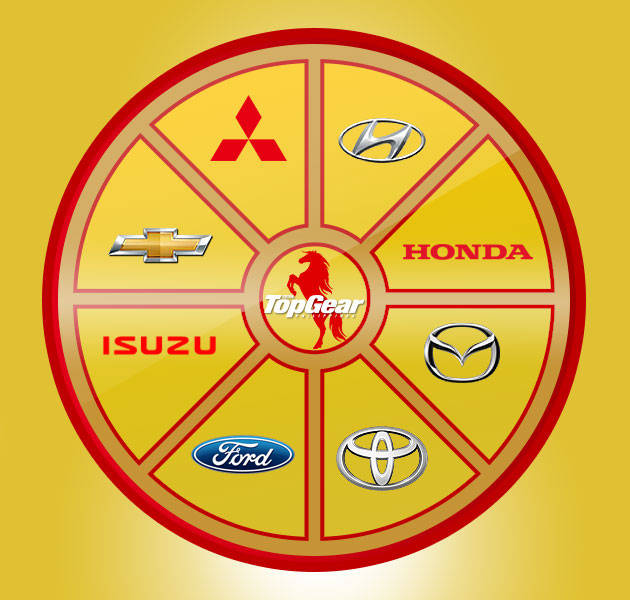 Now that we're all settling down into 2014, the next event that the fortune-curious folks are looking forward to is the Chinese Lunar New Year.

Not that I am heavily into Chinese astrology, but a quick Google search of how 2014 would turn out for me was not very encouraging. According to one site, I would experience a great many challenges, my financial side would not be looking very good, but my marriage would flourish. In other words, this would be pretty much like every other year for me!

On the other hand, I have yet to find a site that talks about the automotive side of the cosmos, so I thought I'd play astrologer for a bit and give my gut feel on how some of the major players would fare this year. If you're planning to get a new car this year, what better time to do so than in the Year of the Horse.

Chevrolet
They will continue to make inroads into the Philippine market in their bid to become as everyman and reliable as Toyota, but may have to deal with customer service issues (at least judging from some folks on their Facebook page). The competently engineered Spin will have a tough time beating the Toyota Avanza, especially in the provinces where simplicity of operation trumps cuteness or even newness. Unless it is updated, the Cruze will face even stiffer competition from an updated Hyundai Elantra and an all-new Toyota Corolla Altis. The Colorado and the Trailblazer will continue to attract buyers who want a change from the Toyota Hilux/Ford Ranger/Mitsubishi Strada and Toyota Fortuner/Mitsubishi Montero Sport choices.

Ford
After the success of the Ranger and the Fiesta, Ford will try to do the same with the upcoming EcoSport mini-SUV. Essentially a taller Fiesta, the EcoSport will be in a sensitive price point as it has to be pricier than a Fiesta but can't breach the entry-level Hyundai Tucson range. It's anyone's guess when the next-generation Escape will come out, too. Enthusiasts will stampede to Ford showrooms the moment they start taking orders for the sixth-generation Mustang, especially the wealthy and superstitious because, hey, it's the Year of the Horse! The high-tech Focus Sport will continue to impress techie buyers, but like the Civic, it will face extremely stiff competition from the slick, all-new Corolla Altis.

Read reviews of the Ford Ranger and the Ford Fiesta

Honda
The all-new Jazz and City will breathe life back into the brand that once sold "the power of dreams," but price creep has nudged these subcompacts into eyebrow-raising territory. Almost P900,000 for a 2013 City? Unless they do something about the price, they will have a hard time selling more of these wonderful subcompacts when buyers can get a bigger compact from Hyundai or Toyota in the P800,000-P900,000 range. As for the Civic, unless they do something to make it really enticing, it will languish in showrooms once the Altis and (cross your fingers) the Mazda 3 roll out.

Hyundai
Improved reliability, competent performance, a pleasing design aesthetic, and competitive pricing continue to be Hyundai's strengths. The not-quite-midlife update of the Elantra will continue to make it look fresh for buyers who need to have the latest model. The same goes for the face-lifted Accent and Tucson. Hyundai's entry into the World Rally Championship is also a savvy marketing move to demonstrate the robustness of its engineering while providing valuable motorsports experience that will trickle down into its passenger cars. Unless its WRC bid implodes, of course.

Isuzu
All-new models from Isuzu are as rare as hen's teeth, so the arrival of the D-Max last year was a breath of fresh air. Rumors abound that the all-new Alterra could be launched this year, and it can't come soon enough. Meanwhile, we can expect ever more creative upgrades to the evergreen Crosswind!

Mazda
A newly revitalized Mazda will continue to sell a lot of its fetching CX-5 and 6 this year, but all eyes will be on the all-new 3. It can't come too soon as the current model is a dud.

Read review of the Mazda 6 Skyactiv-G 2.5

Mitsubishi
Unless they release an all-new model this year (the Outlander could be one), Mitsubishi will have to resort to aggressive promos this year to entice buyers. The homely Mirage G4 sedan will especially need some help against the Vios and the Accent, both of which are nearly in the same price point but look much better while offering more muscle and space.

Toyota
They still make some boring cars, but they must be doing a lot of things right to continue to be the best-selling automaker year in and year out. The arrival of the much-awaited Corolla Altis will be of serious concern among its competitors as it has a dash of sex appeal to go with the traditional Corolla traits of comfort, efficiency and reliability. The Vios quickly moved out of showrooms last year, and the upcoming Vios Cup race series will be a brilliant marketing move to promote its sportiness and combat its taxicab image. The FJ Cruiser will continue to be a boutique choice for SUV buyers who don't mind its thirsty V6 or the fact that it is a discontinued model elsewhere. After all the hype in 2012 on the 86, sales of the affordable sports car will level out this year as all the early adopters will have gotten their ride already. Now, about that all-new Fortuner, if it's even coming this year, mum's the word from Toyota.

A reader asks: Which hatchback is better suited as a 2nd family car?
View other articles about:
Read the Story →
This article originally appeared on Topgear.com. Minor edits have been made by the TopGear.com.ph editors.
Share:
Retake this Poll
Quiz Results
Share:
Take this Quiz Again
TGP Rating:
/20