The Ford Focus I'm waiting for 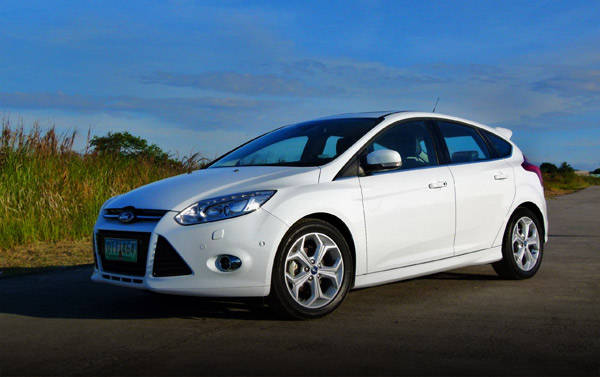 I finally got to spend a few days with the 2013 Focus, white as snow and brimming with all the goodies Ford could think of in a compact hatchback.

I've always thought the Focus has been "nearly there" in terms of capturing the hearts and minds of Filipino drivers. Yet it has never been able to outpace the sales of the Toyota Altis and the Honda Civic, or even the Mitsubishi Lancer. This, despite a Euro-tuned ride, a granite-stiff (by comparison) structure, and a handsome neo-futuristic design.

Things may be different this time. January was Ford's best ever monthly sales performance compared to years past, thanks to a strong showing from the Ranger, the Fiesta and the Focus. The Focus has only been on sale for a few months, so it's anyone's guess how it will fare in the long run. Personally, I think it will do just fine; it's the newest model on the block, which gives it a leg up over the rest until buyers get over the "new model" syndrome.

Is it a driver's car, though, as opposed to a good all-around car?

That is the big question for me. After a weekend of driving it in traffic, on the highway and a couple of open roads, I found there's a lot to like about the car and there are some that leave me ambivalent at best.

Dynamically, the car is a sweet machine. It has fully independent suspension (a "Control Blade" rear multilink that makes me think of Gillette), nicely tuned steering despite being electrically powered, a strong yet thrifty drivetrain, and strong brakes. Ford could have stopped there and waited for the inevitable reputation as a "driver's car," but somebody had bigger things in mind.

For example, it has pretty advanced features such as the following:

* Torque Vectoring Control, independently adjusting the torque to either the left or right front wheel when cornering to improve agility;

* Cornering and Auto-leveling headlamps, reducing the blind spot at night.

So, why am I still ambivalent, you wonder? Because it reminds me of an American-style meal: chock-full of lots of the good stuff, but too many calories for my admittedly puritanical preferences. 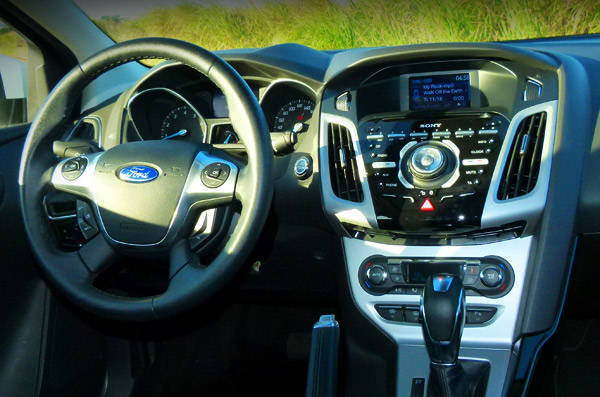 For example, that nine-speaker stereo sounds great. Except the Ford SYNC interface is overly complicated. The center stack is cluttered with so many buttons that just finding the right one can be confusing. You'd wonder, "Did I pick the next track or unlock the doors?" The confusion is quickly explained once you find out it was developed with Microsoft. True, there's voice command and a Bluetooth hands-free system, but getting everything to work takes a lot of time to figure out. The steering wheel is also cluttered with buttons. Navigating everything on the instrument panel's LCD screen and on the center console while driving, requires the multitasking skills of an unabashed techie. Or someone with 12 fingers and three eyes. Of course, people who buy the car will have a few years to figure everything out.

I'll put one thumb up and the other thumb down for the Active Park Assist. In my opinion, any self-respecting, self-professed enthusiast should know how to parallel-park. It's one of those mundane skills that we're taught to master before we get our driver's license (the other one being how to drive a manual, which I'll discuss more in a bit). With Active Park Assist, the car parks itself for you. Press a button, drive a few meters until some sensors detect a big enough spot, follow the instructions on when to shift to Drive or Reverse. It's a bit creepy watching the steering wheel turn by itself. But I'll concede that not all drivers take pride in their parking skills; they just want to get it over with and move on to other things in life. Like my wife, for example, who takes a fair amount of time to get it just right. And let's face it: There really are people who can't parallel-park to save their lives. 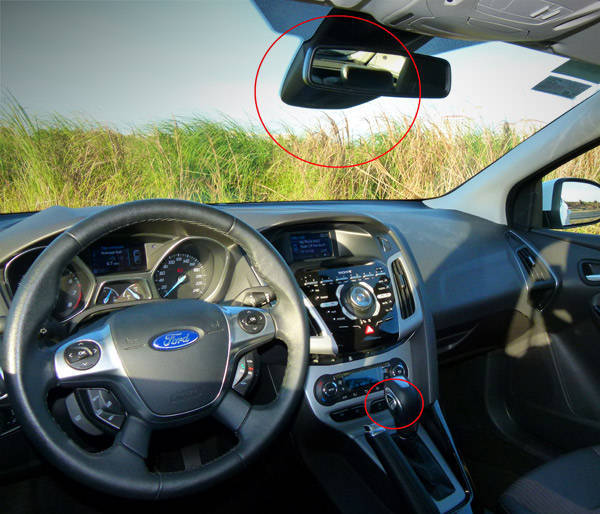 I'll give another 50/50 vote for Active City Stop, which applies the brakes at low speeds if it senses an impending collision. With a jaywalker, for example. Great idea, except the sensors are in a large housing that prominently takes up a virtual acre of windshield space. Actually, the sensors look pretty cool from outside (like the night vision/IR system of an AH-64 Apache), but from the driver's seat the plastic housing is an eyesore.

Still, my biggest hindrance to declaring my love for the Focus (hey, it's February) is its PowerShift transmission. I can forgive the smaller Fiesta for not having a manumatic function in its PowerShift since it's the lesser sibling, but my hope that the Focus would have a proper shifting interface was quickly dashed. Its "manual mode" is a little rocker button on the shifter. Of course, if Ford saw fit to put such a killjoy feature on the Explorer and the Philippine-market Mustang, then why should the Focus be any different? They must hate manual transmissions or even the thought of drivers shifting for themselves, so much so that they put neither a manual gate nor this "newfangled" invention called paddle shifters. Did Microsoft also have a hand in this?

In either "Drive" or "Sport" mode, the dual-clutch system is clunky at low speeds, tends to hunt for the wrong gear when going uphill and pretty much reminds me of how a student driver rows the gears. Except you don't get the tactile enjoyment of connecting with your car as with a simple clutch and shifter (only offered in the base 1.6L Ambiente). Manually selecting the gears during "fun time" leaves your hand stuck on the shifter and fiddling with the buttons while steering one-handed, which looks "cool" but will make you flunk in a precision-driving course. Maybe the Xbox experts will fare better with PowerShift than I did.

With everything else, there's nothing much to complain about and a lot to like. The ride is Euro-firm and stable at speed limit-busting velocity, the seats are all-day comfortable, and that body is just gorgeous. It's an upmarket, sophisticated look that justifies the P1.199-million price tag. Tech junkies will like the Focus a lot, but more traditional types like me may want a simpler, lighter, sexier Focus. I can live without all those things I just detailed and end up with a more engaging Focus.

A Focus "Sport Lite" would be right up my alley.

Why I'll never win a fuel-economy run
View other articles about:
Read the Story →
This article originally appeared on Topgear.com. Minor edits have been made by the TopGear.com.ph editors.
Share:
Retake this Poll
Quiz Results
Share:
Take this Quiz Again
TGP Rating:
/20