The new Fortuner is the only Toyota you'll ever need

Packed with confidence and class
by Andy Leuterio | Aug 15, 2016
CAR BRANDS IN THIS ARTICLE 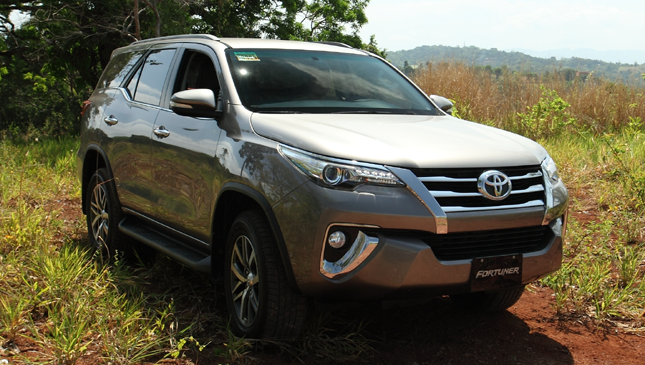 "Doesn’t it look like a BMW X5?", enthused my colleague many years ago during the launch of the first-gen Toyota Fortuner. I squinted, downed a few beers and took a cigarette break, but no matter how hard I tried I really couldn’t see the resemblance other than its silhouette. It didn’t really matter, because everyone knew then that Toyota wouldn’t be able to make them fast enough for a market starved for masculine SUVs.

That was more than 10 years ago and Toyota’s IMV program was in full swing. Compact (cute 'ute) SUVs were all the rage, but the Fortuner was leading the way for the truck-oriented models. It really wasn’t much of a contest. The Isuzu Alterra, while it had its fans, had the fashion chops of a hearse. Meanwhile, the first-gen Mitsubishi Montero Sport was just too clunky for everyday use. Even as the competition played catch-up, Toyota was always ahead of the rest with strategically timed updates, TRD packages and promos.

My mother-in-law's '04 model still runs like new despite bearing the scars of entrepreneurial use. Even until the final months of her Fortuner, it could still hold its own against newer rivals like the Chevrolet Trailblazer and the Isuzu MU-X. All Toyota really had to do, if it was being very cynical about it, was tidy up the cockpit and improve the driver sightlines before calling it a day for another year or so.

My first inkling that the new Fortuner would be way better than a mere refresh was the Hilux. If I were in the market for a new truck now, I would get a Hilux. It’s sturdy, beefy, damn near bulletproof, will last me 20 years, and so easy to operate. The Fortuner is an even friendlier, more civilized version of that not-so-compact pickup truck.

I had the top-spec Fortuner 2.8 V for a week and appreciated the timeless good looks—not overly futuristic like the Montero Sport, but more raffish than the staid MU-X. I loved the smoothness of its operation. It was less like a truck with a roof, more like a Camry taking up CrossFit.

Steering the new Fortuner through congested Manila streets is less of a chore than before. Toyota has done a lot to improve the sightlines, reduce the blind spots and lighten steering effort. I no longer feel that I’m peering over an expanse of hood through a gun-slit windshield like in the old Fort.

The backseat is a nicer place to spend time in, too. The rake is better and your hips rest a little higher than before. The quality of the leather upholstery is also top-notch. Frankly, executives given a choice between a midsize sedan or an SUV should go for this one. It’s just more practical, more rugged, but still has a level of opulence that’s head and shoulders above its workmanlike predecessor.

Technical improvements shared across the IMV platform are best appreciated in the Fortuner, too. The new generation 2.8-liter CRDi is smooth and unobtrusive at low revs, but has a charmingly lusty character if you gun it. The six-speed transmission is similarly a big improvement over the previous unit. While I’m driving this thing, I’m thinking "Camry, Camry, Camry" and, wait… does this mean I’m getting OLD?

Ride quality and handling are probably the standard for the class now. The old school judders and shivers of the ladder-frame chassis have been exorcized. Spirited driving gets the Fortuner to settle down in the curves with remarkably precise steering and controlled body motions. You’ll still want something like a Mazda CX-5 if you want the sportiest handling SUV, but this Toyota can hold its own. At the very least, it doesn’t feel like the top-heavy, lumbering beast that you had to manhandle in the turns if you wanted to go up (or down) Kennon Road at speed.

It’s not the most butch of the truck-based SUVs, and it certainly carries a premium now more than ever, but it has an air of confidence and class that will be a welcome experience for folks looking to swap their midsize sedan for an SUV. 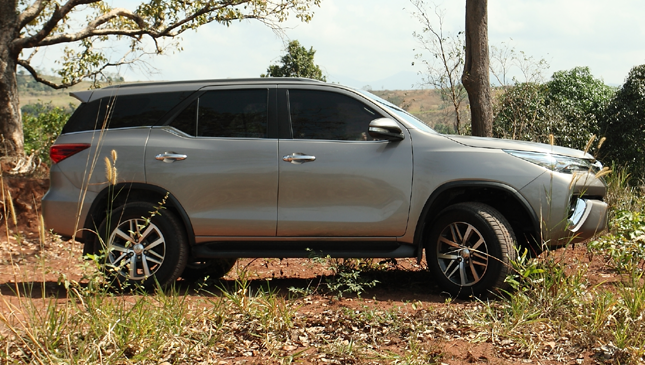 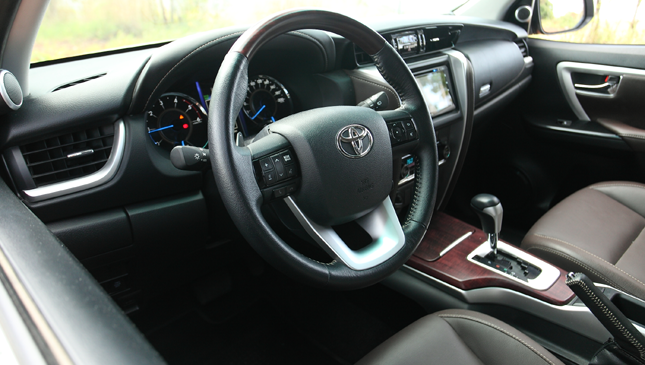 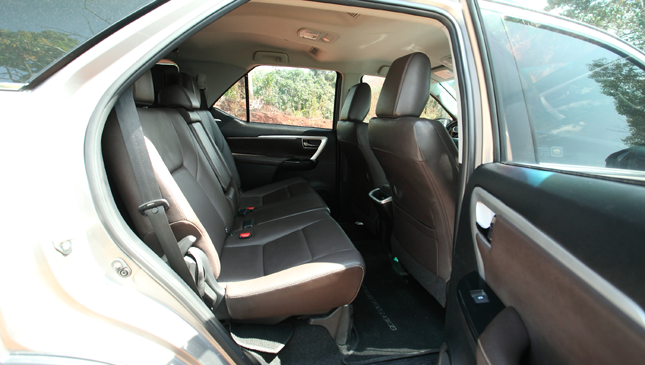 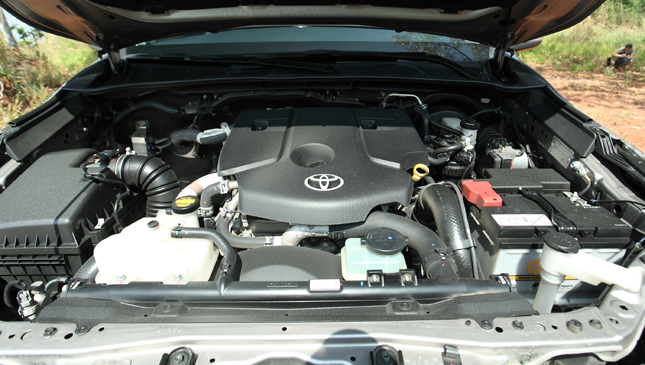 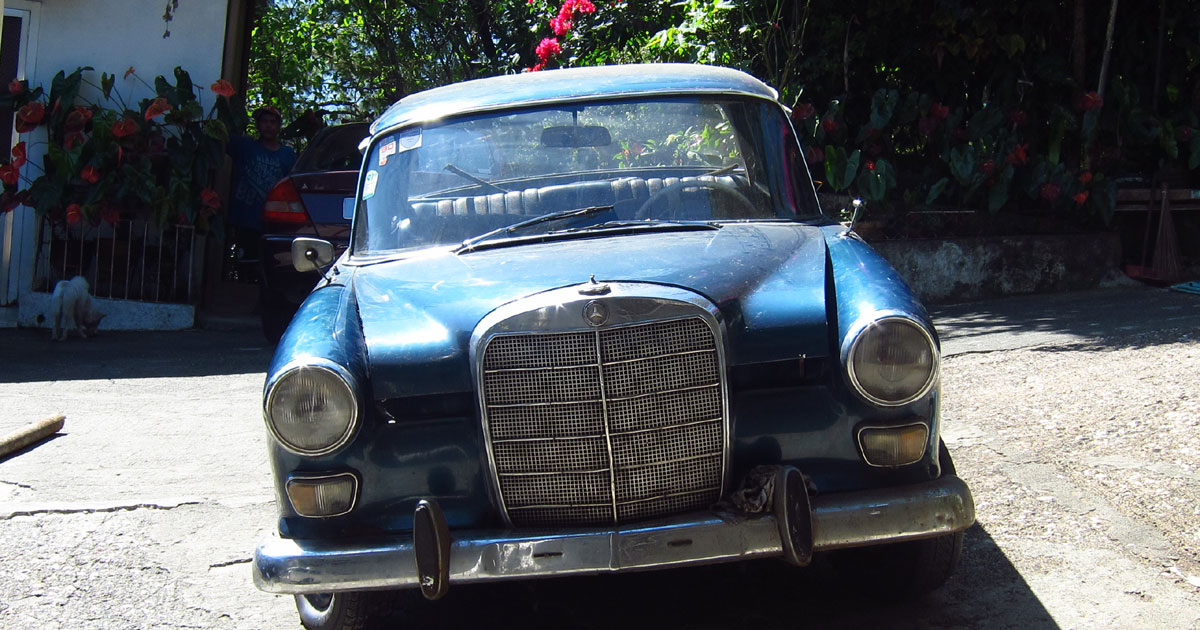 Project Fintail (Part 4): What the hell happened?
View other articles about:
Read the Story →
This article originally appeared on Topgear.com. Minor edits have been made by the TopGear.com.ph editors.
Share:
Retake this Poll
Quiz Results
Share:
Take this Quiz Again
TGP Rating:
/20