A world without Steve

A gadget lover's eulogy
by Dinzo Tabamo | Oct 6, 2011
CAR BRANDS IN THIS ARTICLE

Like the rest of the world, I woke up to the saddest news when I opened my Facebook account. I immediately saw the posts and news links about Apple's former CEO passing away. I knew this day would come, but I didn't expect it to happen so soon.

I wouldn't call myself a hard core Apple fan. But that's just because I know of people personally who are more into the cult of Apple. Tatin Yang, one of our makeup artists and a very good writer in her own right, piously buys almost every product Apple releases. She watches Jobs' keynote addresses streaming live, and she waits for the exact time when the link to buy a new product on the Apple store becomes available, impatiently clicking the refresh button on her mouse. I know she was definitely one of the first people to have an iPad in the Philippines.

I may not be as fanatical, but I have been a gadget freak for as long as I can remember, and Apple products are still an integral part of my life. My iPhone's alarm was what woke up me this morning. I read the news about him on my Macbook laptop. And I'm writing this blog using my office-issued iMac. Every day when I go to work, I plug my iPhone into my car's compatible head unit and listen to my music.

This ability to play songs from the iPod or iPhone directly was a specific feature I looked for when I bought my head unit upgrade in 2007. I was riding the wave of the iPod's popularity. By that time, the Apple music player had reached a level of ubiquity that had car buyers looking for an iPod connection in their potential purchases. Soon we were also looking for iPod connections in the test cars we reviewed.

I wish we had a Steve Jobs in the motoring industry; a singular visionary whose products we wait for with anticipation. I wish there was a car company that introduced and created products like Apple does. No car company cloaks their products with such obsessive secrecy like Apple before launch. No vehicle is launched with the trademark style that Jobs has, that magical ability to present us something we didn't know we needed, then have us reaching for our credit card before we know it.Some have taken to call Jobs' method of presenting a "reality distortion field" because of its power.

No car that I can remember was so amazing it lived up to the hype that preceded it. What we get are cliché car launches, boring and screeching event hosts who wouldn't know the difference between the cars they're introducing if not for the name on their check, and cars that are good but not spectacular. Definitely nothing as game-changing as the iPhone and the iPad.

The last car I remember getting excited about was the Toyota Prius, the first hybrid in our country. I was so amazed that we have a new type of automobile here in our market, but the buying public thought differently.

Of course there are exciting cars on the market now. I would be writing for a tech website now if I thought gadgets were more exciting than cars. I always crane my neck when see I cars like the BMW 1-Series M, Porsche 911 Turbo or Mercedes-Benz SLS AMG on the road. But those cars are expensive and rare, I doubt if I'll ever get to test drive them, let alone own them.

And that's another thing I realized about what Jobs was able to achieve: He created objects of desire yet made them relatively attainable. Macintosh computers used to be the domain of the technological elite because of their big premium over Windows computers. Yet over time the gap grew smaller. They're still not cheap, a deliberate marketing decision by Apple to maintain their premium image, but if you work hard you can save up for them.

If put in automotive terms, Jobs was able to hype products like they were Ferraris, market them like BMWs, and sell them at Subaru prices. No car company can do that.

The closest man in motoring that I can think of who has the same maniacal obsession to detail, the same singular vision to creating a product designed for a specific purpose, and the same exacting standards to the design and creation of the product is Gordon Murray.  His McLaren F1 supercar was conceived to be the best sports car that can be made given that era's tech and know-how. What came out was arguably the finest supercar of all time, the undisputed fastest car in the world until 2005.

But the McLaren F1 was an expensive piece of machinery. It cost almost $1 million in 1998, and only one hundred were built. Compare that to more than 300 million iPods sold since 2001. We cannot partake of Murray's genius directly, we can only admire his creation. Apple products on the other hand, can be bought by working class people like us.

The world is a little less brighter and less exciting without Steve Jobs. He taught us that technology per se is useless if not designed to be used to connect with humanity. The iPhone's gorgeous design and first-rate engineering is nothing if you don't have important people in your life to communicate with.

Last night my cousin Dylan Lacsamana sent me a gushing MMS of the new Honda CR-V, expressing his excitement at the prospect of it arriving next year. I said it suited him well. The shared love of cars between my cousin and I facilitated that entertaining exchange, but the product Jobs and his company designed made it possible and more meaningful. The fast camera on the iPhone also allows me to take quick snapshots of interesting cars. And on a more personal note, it lets me take spontaneous photos of my nephew, like this photo of him holding my finger with his tiny hand.

We don't know if we'll ever see anyone like Jobs in our lifetime, either in the tech or motoring industry. But he showed us what can be done if we believe in something, if we follow what we love. Thank you for the magic, Steve. It was definitely an amazing ride. 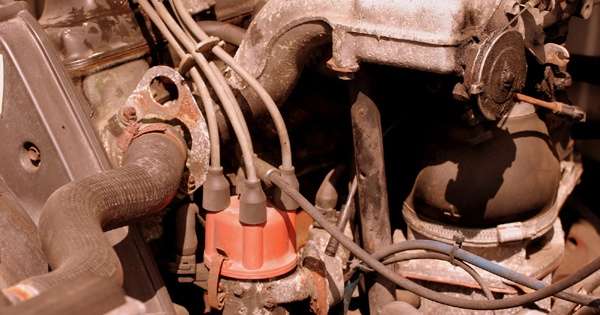 How to deal with rat invasion under the hood
View other articles about:
Recommended Videos
Read the Story →
This article originally appeared on Topgear.com. Minor edits have been made by the TopGear.com.ph editors.
Share:
Retake this Poll
Quiz Results
Share:
Take this Quiz Again
TGP Rating:
/20