Our rides are now really complicated
by Erle Sebastian | Mar 20, 2016 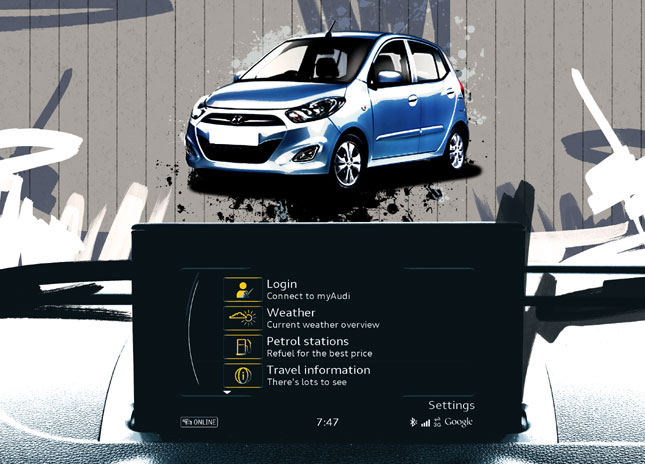 What's a practicar? I guess that really depends on the person you're asking. Twenty or so years ago, a magazine columnist wondered why car companies weren't rolling out automobiles that just got you from one point to another, without the bells and whistles that made the asking price more expensive.

Back then, gizmos like central door locking and power windows were only starting to appear in entry-level and mid-priced offerings in our market. Most people still had to use keys to unlock doors, and manual cranks to open windows.

Air-conditioning was still a dealer option. Multi-disc CD changers were hidden in trunks. Most audio systems played cassette tapes. Fog lights were ugly bug eyes attached to bumpers rather than built into them.

The columnist's main beef was that automakers were including a lot of stuff in their products not really to attract more buyers (although that was one of the reasons), but to jack up prices. He argued that it might be one big industry-wide conspiracy to fleece buyers.

"Where was the car that had just a roomy passenger cabin, an engine, a manual transmission, and lights?" he asked. He needed seats to simply be cushioned rather than be perfectly butt-molded.

He didn't want cows martyred to make his dashboard more manly or elegant. He didn't even want radios--he could just whistle or sing to himself and his lucky passengers.

He didn't want ABS, BA, EBD and the full alphabet of acronyms for the names of electronic and hydraulic systems that would help get him from point A to B, because he believed these aids just took the fun out of driving. He wanted not a fancy Swiss knife, but a nice, sharp Bowie.

I wonder what he'd think of today's cars. Entry-level models nowadays come standard with features that were considered luxury options 20 or so years ago. Power steering, doors and windows. Seats that purr as they adjust--automatically, even--to your preferred driving position. Seats even have memories in some of today's automobiles.

Fat keys come with buttons to unlock doors, pop open trunks or activate the 'kill intruder' mode (that last one is on my wish list of standard equipment). Heck, some cars don't even have or need keys anymore--the fob automatically grants you entry, and then you can just push the engine-start button once you're hugged into the comfortable power-adjustable driver seat.

What's more, cars no longer have audio systems. These days, they have mobile entertainment systems with one or more LCD monitors. The CD player is going or has gone the way of the eight-track and the cassette, replaced by the USB slot.

To be honest, I don't even know if the right term is still "mobile entertainment system." "Universal in-dash data interface optimized terminal" (or U-IDIOT) may be more like it. U-IDIOT allows you to interface with smartphones or tablets so you can play your music, videos and games. What's neat is that most of these connections are actually done wirelessly.

There are sensors to warn you if you're too close to the curb or to other cars, or if someone is breathing down your fenders. Rear-facing cameras with wide lenses help you back up without incident or accident.

Some cars you can order around. That is, if you can enunciate words as well as a well-trained BPO team member can (don't call them call-center agents). Other cars order you around with the sexiest of voices so you don't get lost. Connectivity functions can keep you in touch with work, home or play (or whoever it is you are playing with at the moment).

And most of the high-tech features enumerated above can be found even in cheap--okay, let's just say affordable--automobiles, whether they are small hatchbacks and basic SUVs, or midsize sedans and compact crossovers.

The idea of a car as just a vehicle to take you from point E to point F may no longer hold true these days of instant connectivity. Some owners see vehicles as extensions of their lives, much like the smartphone that can now serve us for everything. Phones practically run our lives. Or, to put it another way, we run our lives through our phones these days. Automobiles can be seen as phones on wheels.

Heck, some people have started putting dash cameras to record what's going on in front or inside of their vehicles.

The modern practicar is now a vehicle that allows for all these connectivity and functions in a convenient, safe and fun package that can take you from point A all the way to Z.

As for the columnist who wanted a Bowie knife for a car? Well, that guy's probably now one of the Mountain Men on the History Channel. 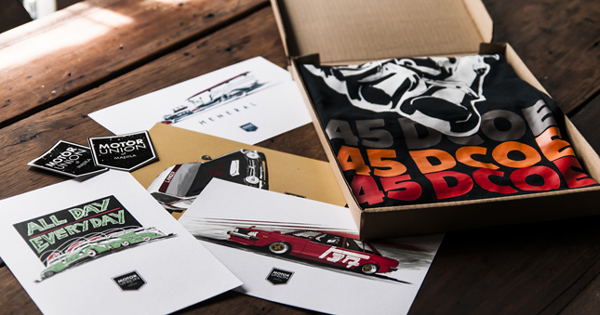 Car culture as it should be: Cool automotive apparel and motoring art prints
View other articles about:
Read the Story →
This article originally appeared on Topgear.com. Minor edits have been made by the TopGear.com.ph editors.
Share:
Retake this Poll
Quiz Results
Share:
Take this Quiz Again
TGP Rating:
/20