Is it safe to have your engine washed together with the rest of the car? 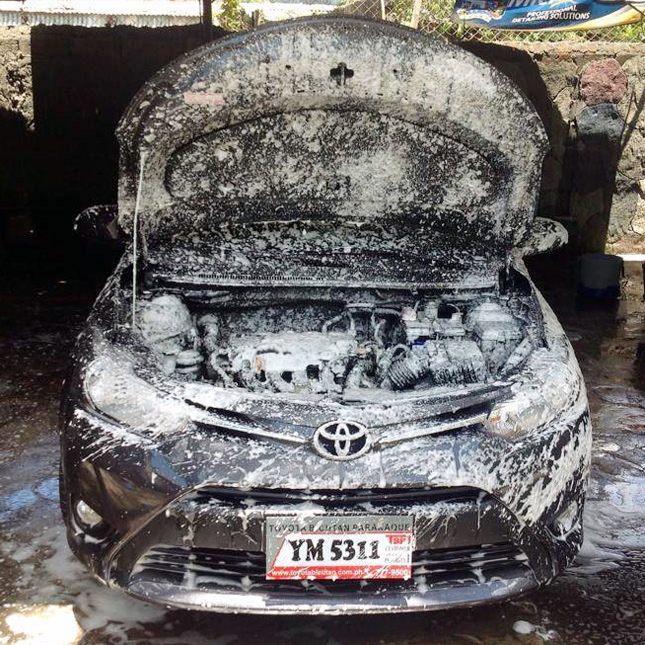 So we got a photo of a brand-new Toyota Vios being treated to an engine wash with the same foamy and presumably soapy solution that you typically see at regular car-wash shops. The question of the photo sender was: "Would you do this to your brand-new car?"

NOOOOO!!!!!! YOU'RE GOING TO RUIN THE ENGINE AND ALL ITS ELECTRICALS, AND THE WORLD'S GOING TO END TOMORROW!!!

That's what I would say if I were an alarmist. But I'm not. I'd hardly give it a second thought with a new car like the Vios. If you look closely at the components in the engine bay, you'll notice that the electrical connectors look a bit different from those of cars built over a decade ago. A majority of vehicles--not all, as there are still some vehicles out there that use the older-style electrical connectors from the '80s and the '90s--now use what's termed as "weather-sealed" connectors.

You'll also notice that the ECU is in the engine bay. Which means it is going to be weather-sealed as well. No, it's not waterproof, but it will withstand a certain amount of moisture before water gets in. If anything, there's more risk of water breaking through the weather seal of the connectors via the droplets of water coming from a pressure washer that's going to be used to rinse off the foam. However, the pressure washers used by car-wash and detailing establishments will unlikely be forceful enough to penetrate the seal (at least not from the distances or angles that the spray nozzles are usually oriented at).

You're more at risk of damage when you foolishly decide to drive your car through flooded streets. Not to mention, of course, that foam applicators like the one used in the photo also operate at much lower pressures than a pressure washer.

On a newer car with "hardened" electricals, things like that won't hurt much, but you're not doing the engine bay any favors either given that there are other ways to keep an engine bay clean--clean, not shiny. Personally, I'd forgo the engine wash and instead use a clean rag, a duster or some compressed air to blow off the dust in the engine bay. Or go to a waterless engine detailer, which happens to conserve water, too.

Occasionally, I might use a pressure washer on an oil-caked engine to cleanse off the grime that has built up on certain parts of the engine--parts, for instance, that have an oil leak that I need to track down. But even then, I'd be more likely to use a commercially available degreaser that's more suited to the task before aiming a pressure washer at the engine.

In other words: An engine wash should merely be plan B, to be used only if absolutely necessary.

Keep in mind as well that, in general, anything that you apply to a car's surfaces that's got a slippery and greasy feel to it--while looking clean initially--will tend to attract and hold on to dust and dirt more than if the surfaces didn't have any "protectant" or "product" applied.

So, what are the pros and the cons of getting an engine wash?

1. Your engine bay is cleaner.

2. You feel good that you've got a clean and shiny engine bay.

3. You keep the car wash personnel gainfully employed and away from a life of criminal activity.

4. You keep your mechanic happy because it's better to work under the hood if the engine bay isn't filthy.

1. There's always that bit of risk that today is not your lucky day, and you get water-contamination gremlins.

2. Your wallet is slightly lighter for something that you could have done yourself.

3. You don't get the full ownership experience of cleaning your own car.

4. You give your "car expert" neighbor something to talk to you about. 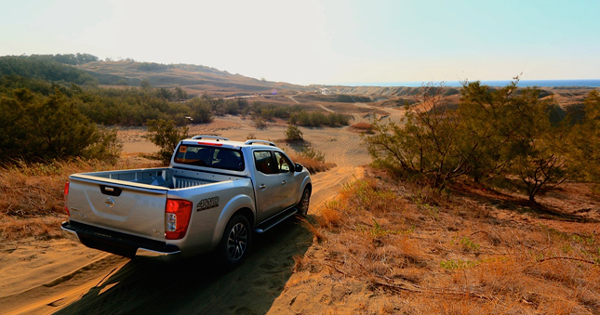 Nissan has a battle truck
View other articles about:
Read the Story →
This article originally appeared on Topgear.com. Minor edits have been made by the TopGear.com.ph editors.
Share:
Retake this Poll
Quiz Results
Share:
Take this Quiz Again
TGP Rating:
/20