Our tech guru has the answers to your car questions
by Ferman Lao | Aug 1, 2013

Hi, Ferman. My car is still under warranty but I'm planning to do some engine modifications like intake, headers, and maybe a Unichip, all from Speedlab. My concern is the voiding of the warranty. Are modern cars so well-built nowadays that voiding the warranty for more power is no longer a big risk?

Hi, Ardi. I've never had a car that stayed stock for long in all the years that I've been driving, and I've never had a part failure attributed to a modification that was made during the warranty period of the car.

To better answer your question, however, we need to fully understand what a warranty covers. Most warranties cover factory build or parts defects. As such, if it's a parts failure that has nothing to do with the modification involved, then in theory there should be no grounds for refusal to honor the warranty.

More often than not, parts failures that resulted from a modification will be in the same system where the modification was done. For example, I heard of a particular car that had its warranty voided because there was a problem in the electronics of the traction control system. The vehicle had an aftermarket audio system installed. According to the owner, the dealership voided the warranty because of the state of the electrical system when they inspected the vehicle.

I don't have firsthand information on what they found, nor do I have more information other than what I was informed of. But if the audio shop had unintentionally compromised the electrical system, thus affecting the operation of the traction control system, then the decision of the dealership would have been justified.

On the other hand, if it is a failed component that's not related to the modification--say, a coolant sensor, the electronics on the throttle body or the radio inside the cabin--I don't see why the warranty on those would be voided just because you installed an intake or a header.

But let's say you have a factory turbo car. The turbo failed, and you had the engine modified to produce power and part of the mod required increasing the boost output of the turbo. In that instance, your claim is not likely to be honored. However, that's not saying that when you increase the boost output of a turbo beyond what it was set at the factory, it will automatically fail.

While it may seem preposterous, some people have told me that they've been informed by their dealership personnel that any mods on the car equate to warranties being voided. I think the real problem that most new car owners have to deal with is how poorly trained front-liners at dealerships handle problems.

A recent example is a friend of mine who had a car serviced at the Bonifacio Global City dealership of a brand that had a quick service program which guaranteed a two-hour turnaround time. In that instance, the car was already long overdue and the dealership's service staff members were trying to get out of honoring the brand's promotion. It was well over four hours before the issue was resolved--and only when the general manager of the dealership finally found out. In my opinion, the dealership personnel involved just did a great disservice to their brand.

Sir Ferman, I hope to share with my co-MBA students a mini case about the Isuzu Crosswind Sportivo.

Based on the advice of many drivers and on my observation of Isuzu trucks, I think that most of the business fleet owners must have had a pleasant experience in choosing Isuzu diesel vehicles. The comment that stuck in my mind is that "Isuzu perfected the diesel."

1. Why would a first-vehicle owner choose an Isuzu Crosswind Sportivo over its Mitsubishi and Toyota counterparts?

2. What segment does the Isuzu Crosswind Sportivo belong to, MPV or SUV? What market is it aimed at?

3. What are the strengths and weaknesses of this specific vehicle, which seems to be the resilient bestseller of Isuzu Philippines?

Your opinion will be appreciated, and if discussed in class, I will acknowledge your evaluation.


The Isuzu Crosswind Sportivo addresses the need for a basic, easy-to-maintain vehicle that's perceived to be fuel-efficient and durable. The main considerations when choosing the Sportivo are the technology and the costs to acquire and maintain the vehicle. For some vehicle buyers, a basic vehicle in terms of mechanicals is all they want. My perception is that most Crosswinds are sold to vehicle owners who do a lot of traveling to places that won't necessarily have the service centers that can diagnose or fix EFI-equipped diesels.

The Crosswind is an Asian Utility Vehicle (AUV). Nowadays, it's most likely going to be classified as an MPV. The Crosswind Sportivo's strengths are also its weaknesses. Its advantages include having been in the market for a long time, basic mechanicals, parts availability and technical support. However, it is old and has now been superseded by newer technologies. Moreover, its engine is not as powerful nor as efficient as modern powerplants. 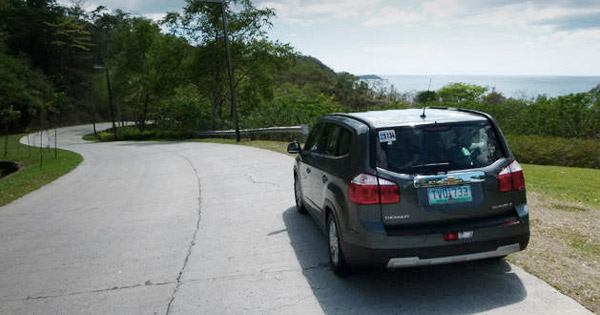 10 ways to prepare your kids for road trips
View other articles about:
Recommended Videos
Read the Story →
This article originally appeared on Topgear.com. Minor edits have been made by the TopGear.com.ph editors.
Share:
Retake this Poll
Quiz Results
Share:
Take this Quiz Again
TGP Rating:
/20