Project Fintail (Part 3): Back on its feet (or wheels) after 21 years

How to move a stuck car
by Paulo Rafael Subido | Feb 27, 2014
CAR BRANDS IN THIS ARTICLE 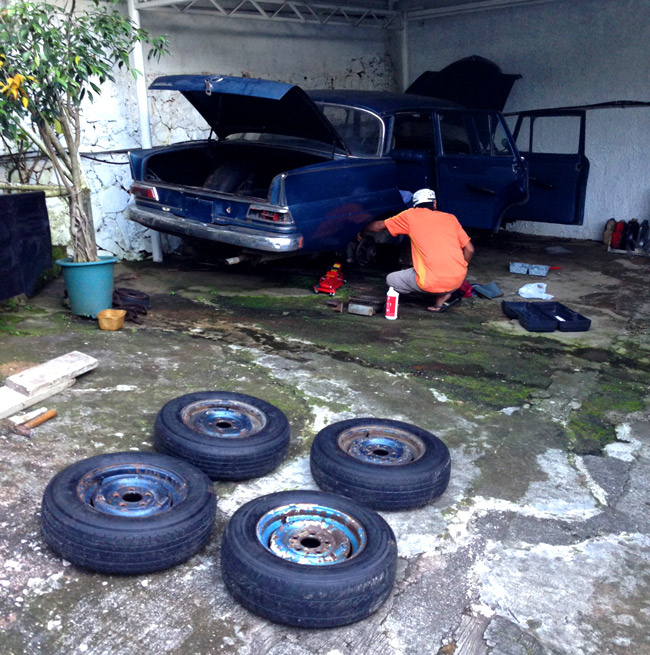 If a car has been sitting for 21 years, some very important things should be taken care of before attempting to move it.

You may have noticed in the previous photos that the Mercedes-Benz was propped up by an improvised stand. This is a good thing as it probably prevented the suspension from seizing up. The tires are also flat. And do remember that the engine doesn't run. This car has been sitting for so long that even the garage was renovated around it. It is parked in an awkward position, with a post blocking its way. The only way to move it would be to pull it out sideways (more on that later).

But before doing that, there are a few things that need to be done first. My younger brother has a set of old 13-inch tires lying around, so I asked for them, just so that the Benz could stand on its own. There's no need to buy brand-new tires at this point, especially as the engine isn't running yet anyway. Remember, I'm all about saving money. After removing the wheels (WD-40 is your friend when it comes to freeing rusted lug nuts), off they go to the nearest vulcanizing shop. Because the steel rims are a bit rusted, I decide to use inner tubes just to make sure that no air escapes. As far as I can tell, the rims are still structurally sound. I will have them checked out by a professional when I have the chance.

With the tires mounted, it's time to check the brake system. Of course, the brakes are stuck, so my mechanic goes about cleaning all four corners with some water and sandpaper. I wouldn't even attempt to clean the brakes on my own at this point (I wouldn't know how to put them back together), but what I do learn is that VW end caps for the brake drums work as excellent replacements. No surprise as both brands are German. Cleaning the disc brakes at the front is no problem.

The final inspection reveals that all the hubs are still in good condition and aren't stuck. Whew! But unfortunately, no pressure reaches the rear left brake drum. This will have to be addressed in the future. At least the other three brakes work. This is good enough--for now. Not bad for a day's work.

Working brakes are crucial if you will move the car around. Be warned: attempting to move a car without brakes can lead to disaster if it gets away from you.

Here's a shot of the Fintail back on its feet after 21 years. The wheels turn and the brakes work (mostly), but these are just baby steps. There is more that needs to be done before I can even get this car out of my house in Baguio and down to Manila. 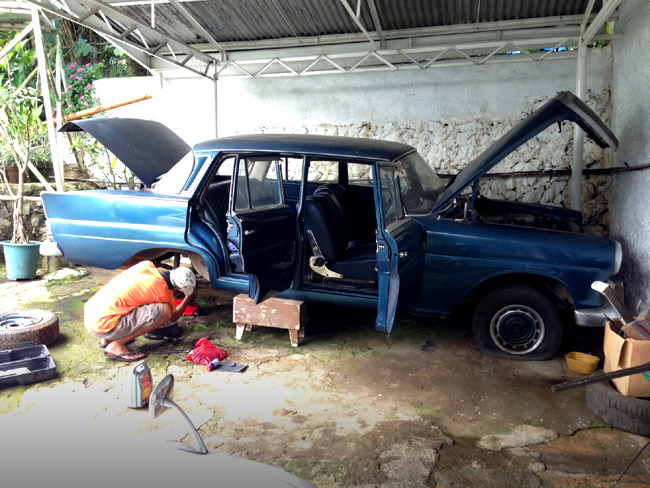 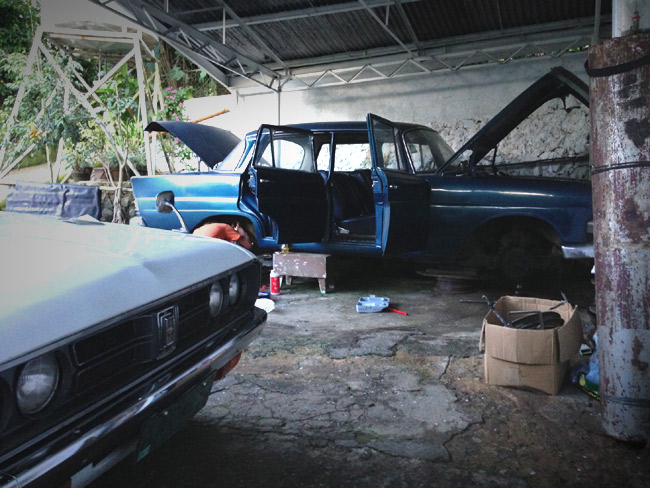 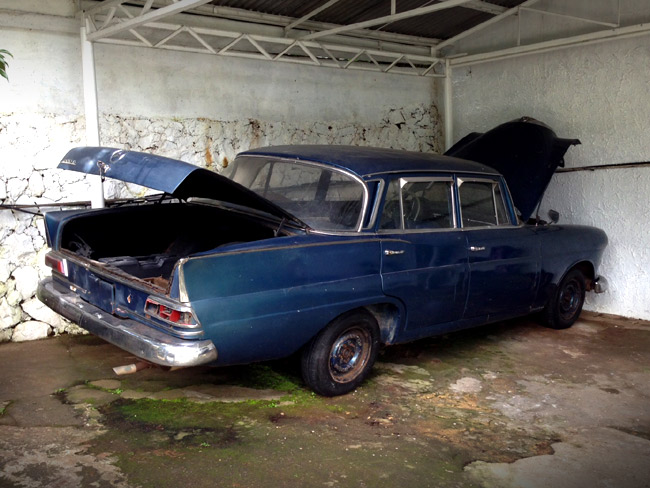 Waku-doki for the masses
View other articles about:
Read the Story →
This article originally appeared on Topgear.com. Minor edits have been made by the TopGear.com.ph editors.
Share:
Retake this Poll
Quiz Results
Share:
Take this Quiz Again
TGP Rating:
/20