Is it legal for motorcycles to escort an ambulance?

The Metropolitan Manila Development Authority (MMDA) considers the practice of motorcycle riders voluntarily escorting emergency vehicles, particularly ambulance vehicles that have to squeeze through traffic, as neither legal nor illegal.

Is it legal? Or, is it illegal? What if the riders damage a car or run over a pedestrian while escorting an emergency vehicle?

It is often said that safety cannot be compromised. Even Good Samaritans are subject to the strict rules on road safety.

The practice of Good Samaritan motorcycle riders voluntarily escorting emergency ambulance units through traffic is illegal and contrary to the rules on road safety.

The Land Transportation and Traffic Code contains an exclusive enumeration of the vehicles considered to be emergency vehicles, namely the following: 1) police vehicles; 2) fire department vehicles; and 3) ambulances.

The Code also recognizes that drivers of authorized emergency vehicles need to respond quickly to emergencies. As a result, the speed limit regulations do not apply to the following:

1) A physician or his driver when the former responds to emergency calls;

2) The driver of a hospital ambulance on the way to and from the place of accident or other emergency;

3) Any driver bringing a wounded or sick person for emergency treatment to a hospital, clinic, or any other similar place;

4) The driver of a motor vehicle belonging to the Armed Forces while in use for official purposes in times of riot, insurrection, or invasion;

5) The driver of a vehicle, when he or his passengers are in pursuit of a criminal;

6) A law-enforcement officer who is trying to overtake a violator of traffic laws; and,

7) The driver officially operating a motor vehicle of any fire department, provided that exemption shall not be construed to allow useless or unnecessary fast driving of drivers aforementioned.

As a side note, the ambulance enjoys the right of way as an emergency vehicle while traveling to pick up a patient and to transport the patient to the emergency room. The other motorists must yield to the ambulance even without a patient on board.

The Good Samaritan motorcycle rider must be treated like every other vehicle. He has the legal duty to immediately drive his motorcycle to the side of the road and to stop until the emergency vehicle has passed.

The failure of the rider to yield the right of way to an ambulance operated on official business and sounding an audible signal is punishable as a traffic violation and subject to a P1,000 fine under the DOTC, LTFRB, and LTO Joint Administrative Order No. 2014- 01.

The well-meaning motorcycle rider is not qualified to be an emergency vehicle under the Land Transportation and Traffic Code or under the Department of Health Administrative Order No. 2018-0001, which outlines the standards for ambulance accreditation and issuance of a license to operate.

His motorcycle does not comply with the audible signal, lighting, and markings for accredited ambulances. The other drivers do not immediately recognize his hawi hand gestures and hagad style as that of a police motorcycle. The Good Samaritan rider is not a person in authority; he does not wear the uniform of a person in authority. The Good Samaritan rider is not conspicuous and readily identified to be escorting an ambulance; he cannot expect all other motorists to yield the right of way to his motorcycle.

In short, the well-meaning rider adds to the confusion on the road and increases the risk of injury and damage to him and others. The rider is a threat to the safety of the emergency services as well as the public.

The well-meaning rider is not qualified to act as hagad or escort. Only the PNP – Police Security Protection Group is mandated by law to provide protective security to authorized government officials, private individuals, and foreign dignitaries, and to assist the Presidential Security Group (PSG) in securing the President and the First Family. Only the police protective security on motorcycles or cars can lead the way and divert traffic to keep the VIP convoy or ambulance moving.

The DOH can revoke the license to operate of the ambulance service provider in cases of death or serious physical injury of the patient, passengers, pedestrians, or the general public caused by the negligence or misuse of the ambulance service. On the other hand, the DOH cannot regulate the well-meaning rider because he is not accredited with the DOH. For starters, the identity of the rider cannot even be traced.

The ad hoc nature of the escort and ambulance does not have a clear operating standard or protocol for dealing with traffic signals, manned intersections, unmarked lanes, and, generally, the flow of traffic. There is no set standard to gauge the level of care and caution for the fleeting relationship of ambulance and escort.

The MMDA, LTO, and PNP-HPG must not allow a regime where a well-meaning motorcycle rider who wants to cut through the bumper-to-bumper traffic will conveniently play hawi boy for the ambulance running the same direction.

Assuming the motorcycle escort service is really beneficial and necessary, the ambulance service providers must lobby for the DOH to create regulation to accredit and set standards for the ambulance and escort practice. 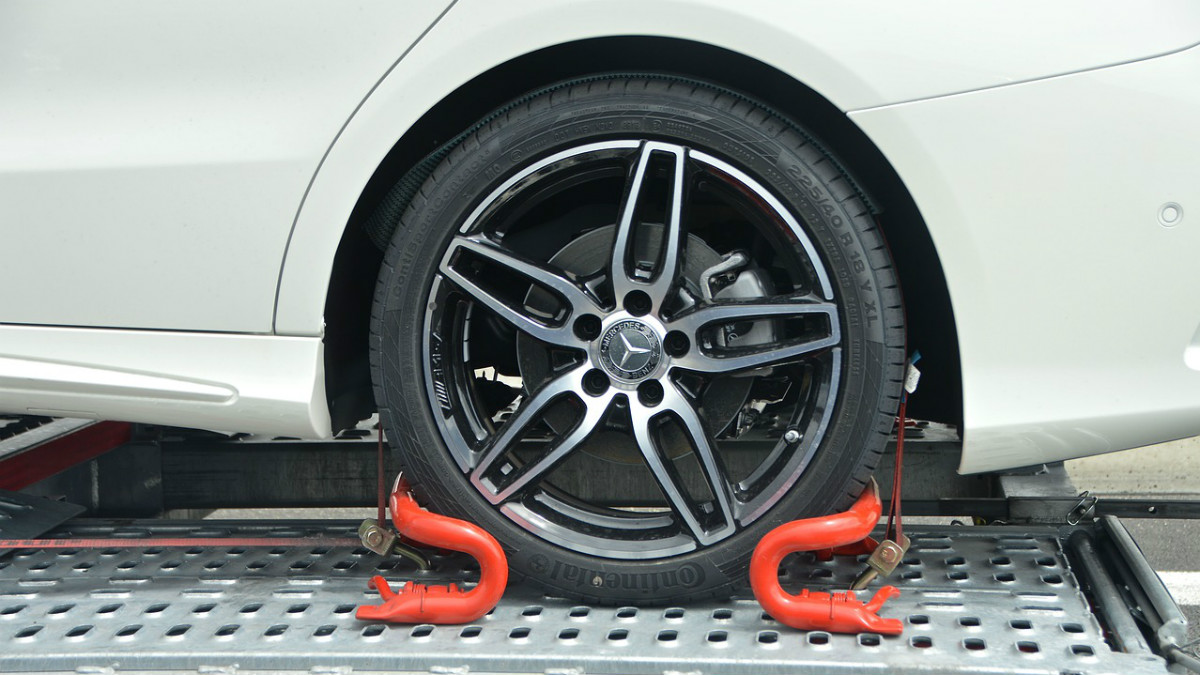 My car has been repossessed. Now what?
View other articles about:
Read the Story →
This article originally appeared on Topgear.com. Minor edits have been made by the TopGear.com.ph editors.
Share:
Retake this Poll
Quiz Results
Share:
Take this Quiz Again
TGP Rating:
/20