Is it against the law to use right-hand-drive cars in the PH?

This regulation goes way back
by Robby Consunji | Mar 25, 2017
CAR MODELS IN THIS ARTICLE 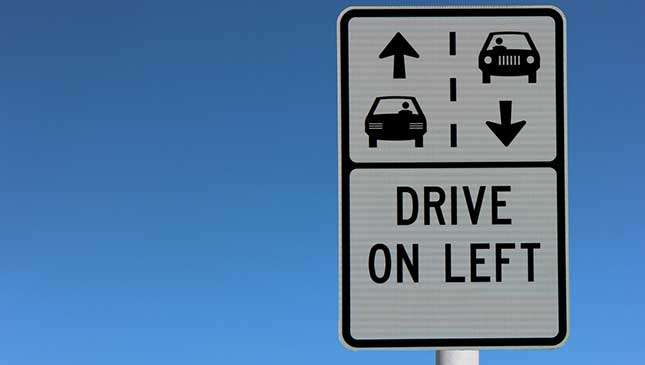 Question: Is it against the law to drive a right-hand-drive vehicle in the Philippines? Is there a permit that can be secured for this?

Yes, it is. The prohibition is contained in Republic Act No. 8506, entitled "An act banning the registration and operation of vehicles with right-hand steering wheel in any private or public street, road or highway, providing penalties therefore and for other purposes." A violation of this law is punished by imprisonment for a period from two years, four months and one day, up to four years and two months, plus a fine of P50,000.

Section 1 of the law follows: "It shall be unlawful for any person to import, cause the importation of, register, cause the registration of, use, or operate any vehicle with its steering wheel right-hand side thereof in any highway, street or road, whether private or public or of the national or local government except such vehicles that are acknowledged as vintage automobiles, manufactured before 1960, in showroom condition, and/or are to be utilized exclusively for officially and legally sanctioned motorsports events, and off-road special purpose vehicles."

There is no specific permit under the laws and regulations for the importation, registration, use or operation of a right-hand-drive vehicle on a private or public road. Considering the penal nature of the law, it is best to secure a prior written permit or consent to the exception from every conceivable government agency, such as the DOTC, the LTO, the Department of Finance, the Bureau of Customs, the Department of Justice, and the PNP.

The basis for the prohibition of right-hand-drive vehicles is found in the Land Transportation and Traffic Code, which mandates that "every person operating a motor vehicle or an animal drawn vehicle on a highway shall pass to the right when meeting persons or vehicles coming toward him, and to the left when overtaking persons or vehicles going the same direction." Simply put, it requires cars to drive on the right side of the road. In order to see oncoming traffic at the earliest opportunity, the driver must be seated on the left side in a left-hand-drive vehicle.

Motorists in the Philippines drove on the left until March 1945. The "keep right" rule was imposed pursuant to Executive Order No. 64 issued by President Osmeña, citing the need to conform with the practice of driving on the right side of the road obtaining in most countries of the world; the economic advantages of lower-priced vehicles imported from the US; and that majority of US Army vehicles used in the Philippines were right-hand-driven, and the drivers thereof were accustomed to driving on the right side of the road.

The prohibition contained in RA 8506 is relatively clear on the importation, registration, use and operation of a right-hand-drive vehicle. However, the exceptions to the prohibition can be the subject of varied interpretation because of the use of the conjunction "and/or."

A conservative view will show three exceptions, namely, 1) such vehicles are acknowledged as vintage automobiles, manufactured before 1960, in showroom condition; 2) such vehicles are to be utilized exclusively for officially and legally sanctioned motorsports events; or, 3) such vehicles are off-road special purpose vehicles. The restrictive view, on the other hand, argues that only vintage vehicles may be imported for motorsport events and off-road use. In addition, the law does not provide an exception for brand-new cars, concept cars, and demo units for use in cars shows and launches.

Car collectors will have to deal with the 1960 cut-off year that defines a vintage automobile. RA 8506 was enacted in 1998, and referred to 38-year-old cars at that time (being manufactured in 1960). The law should have avoided stating a year of manufacture and should have declared the age, in number of years, of the "vintage" car in the exception.

RA 8506 seeks to regulate the use of a right-hand-drive vehicle on private roads. This provision is contrary to the Land Transportation and Traffic Code, which regulates the use of vehicles only on public roads.

As an added measure, the Bureau of Customs issued a memorandum order to enjoin all shipping/air lines and other common carriers from accepting right-hand-drive vehicles and auto parts as cargo destined to any port of entry in the Philippines. A violation shall subject the common carrier to the imposition of applicable penalties. Any such items discovered in any common carrier shall not be unloaded, or, if already unloaded, the same shall be placed under continuous safeguarding until reloaded and re-exported to the country of origin, at the expense of the common carrier.

This memorandum order exceeds the provisions of RA 8506 by regulating and punishing the importation of right-hand-drive auto parts.

These laws and administrative rules will have to be reviewed in the light of proposed RORO connections as part of the integration among Southeast Asian countries. When the right-hand-drive prohibition is deregulated, we can expect to see Filipino overlanders in every corner of the globe. 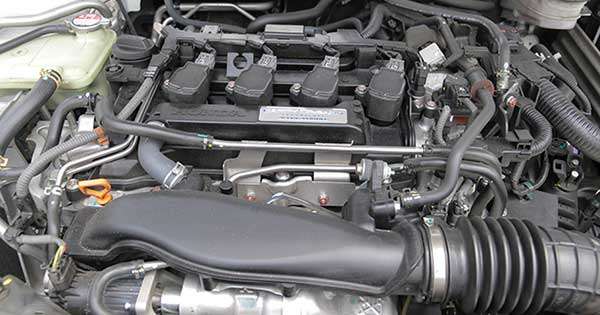 Why is my Honda Civic's engine always knocking?
View other articles about:
Read the Story →
This article originally appeared on Topgear.com. Minor edits have been made by the TopGear.com.ph editors.
Share:
Retake this Poll
Quiz Results
Share:
Take this Quiz Again
TGP Rating:
/20