How well does the newcomer fare against its more established rivals?
by Stephen Dobie | Apr 18, 2021 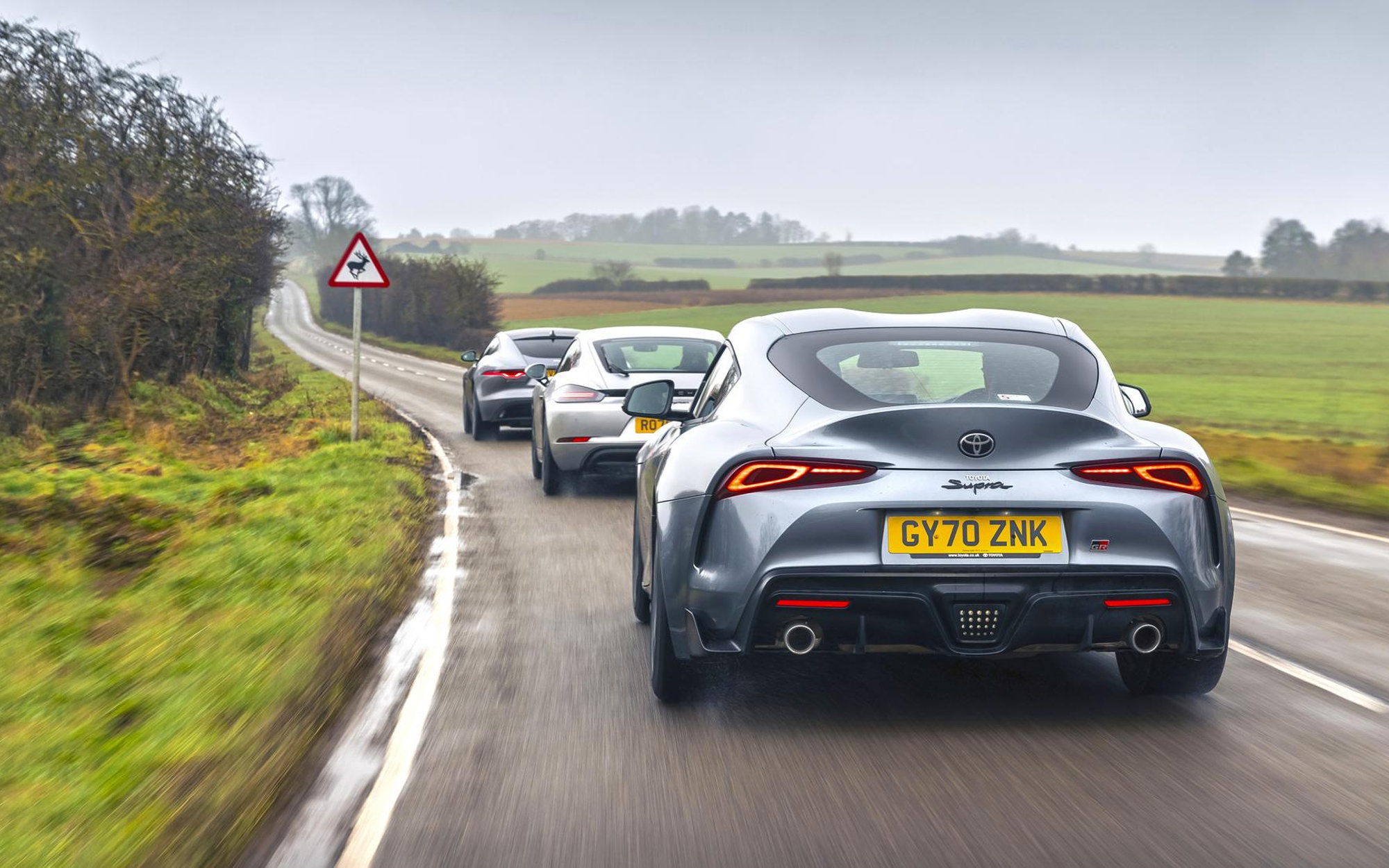 “A tough battle lies ahead”

Believe it or not, it’s five years since Porsche lopped two cylinders from its base Cayman, tacked on a 718 badge to evoke some history, and ignited the bottom half of the Internet in the process. A lot has happened since early 2016—a lot—but suffice to say a slightly grumbly-sounding Porsche quickly became a minor inconvenience rather than an outright hate crime. Tiddly 2.0-liters have sat amid the majority of Caymans sold since, even now that the option of a flat-six has returned further up the range.

Toyota is expecting a similar result for its 2.0-liter Supra—for the comments-section incandescence to subside and for the markets that get this engine to give the smaller mill a chance. Given how irked the 2JZ diehards were by a BMW-sourced six-pot, it’s hard to see how this 254hp turbo four-cylinder—shared with the new BMW 128ti hot hatch as well as a midrange Z4—can possibly do any more damage.

Then there’s the Jaguar F-Type P300, a slightly unemotive suffix informing us this one has 300ps—or the same 296hp as the Porsche—produced by a 2.0-liter four-cylinder turbo shared with the XE sedan. It launched almost four years ago as the least skittish and most nimble F-Type yet, and it’s here in facelifted form. But weighing in at over 1.5 tons, it’s the porkiest (and slowest) car here, as well as the most expensive—the idea of a First Edition trim feels a bit of a stretch on a car that’s basically seven years old, and it helps lift the price almost £20,000 (P1.34 million) north of the Supra’s as tested. A tough battle lies ahead.

We’re all magpies at heart, so let’s start with the newest, shiniest one. The Supra easily wears the most eye-grabbing shape of our group, too. Whether it’s pretty is a subjective matter, but it melts the design conservatism of the Cayman into the misty backdrop. Will it—and its numerous fake vents—age well? Perhaps not. But for now it’s as visually arresting as cars three times its price.

So, when you poke the starter button and a hot hatch’s engine burbles into life, it comes as somewhat of a shock. The 3.0-liter Supra stands out in a competitive field as a brooding, muscular sort, trading outright dynamism for the demeanor of a shrunken GT. But slicing off two cylinders has saved 100kg right at the front axle, doing wonders for weight distribution. While it takes a step back in terms of character, it strides forward in athleticism.

Here’s a Supra you’ll confidently push hard into corners, with an incisive front end followed by a rear that’ll happily—and accessibly—cut shapes if you’ve loosened the DSC. Which I think you will. There’s still a GT-car vibe pervading the whole thing, not least because its comparatively dinky 18-inch wheels give it the least fussy ride of our trio, but there’s a sense of humor running through the Toyota. The engine sounds a bit reedy when really revved, but with eight short gear ratios and peak torque from 1,550rpm to 4,400rpm, you can move pretty briskly without having to work it overly hard.

Leave the decision making to the gearbox and it’ll slink up to sixth gear in 50kph zones, though take charge yourself and this eight-speed auto is keen, feeling more at home here than a similar setup does in the new M3. Indeed, plenty of the German seasoning on this car simply makes it more competent—the stability control’s midway setting mimics M Dynamic mode, and the touchscreen system adopts all the most logical bits of iDrive while ignoring the ghastly gesture control.

It feels like a smart little sports car, but how does it compare with the benchmark? If you’re holding your breath in hope of a dramatic plot twist, then I’m sorry to inform you that the Cayman just feels as instantly brilliant as it always does. It probably scores highest in the engine startup test, too: At idle, it does a decent impression of a Porsche flat-six, and if you keep the sports exhaust off, that sensation largely continues with speed. It’s boomy where a six would sing, but what irks more is the response of the engine, and the fact that bugger all seems to happen below 3,000rpm. So, the lightest and quickest car of the group on paper actually feels the most sluggish in the real world—unless you’re working its twin-clutch gearbox hard.

The PDK’s lightness of touch illuminates this engine’s duller traits, and given how much it likes revs, I’d heartily suggest being in the mere 15% who specify this car with a six-speed manual. You’ll be changing gear a lot, so you might as well enjoy pleasurable pulses up and down your forearm as you do it (worth noting that this is the only car here offering a choice of transmissions, too). Its flat-four manages to sound and feel relatively expensive in this company as well, the 718 getting the only bespoke engine of our group while being the only one to place it behind the driver.

Which means it can’t help but be the sharpest car to drive. A slightly scarred Cayman is still a Cayman; sprain Lionel Messi’s ankle and he’ll continue to jink through most defenses with nary a concern. The steering feel is broadcast in UHD beside the others, and the slim 30kg weight benefit over the Supra feels larger in reality. My experience of running a base manual 718 suggests you’ll make peace with that engine in mere weeks, unable to stem the tidal wave of satisfaction that comes from a car so flipping good to drive and also possessing two boots with more combined luggage space than a Golf. It’s got the highest-quality and most ergonomically pleasing interior, too, though it’s the least ‘GT’ of our trio, with a heck of a lot of tire roar made all the more evident by the fact that the engine sits below 2,000rpm on the highway like the Supra’s and F-Type’s.

If it’s serenity you crave, then the Jaguar is the best place to find it. Mark its talents with a purely objective score card and it comes up well—lighter and more agile than the wild F-Types before it, with its cuddlier torque figure leading to a notably more trustworthy chassis beneath. It’s just a bit undramatic as a result, not helped by the plainest engine here and the least appealing sound augmentation when the binocular button’s lit. It handles so neutrally whatever you throw at it, which ought to be commended—this is a car that appears to neither understeer nor oversteer, exhibiting utmost traction and precision. We’re just used to Jags with more swagger. If you want a dose of history without the histrionics, though, it’s perfect, and that E-Type-inspired cab-back stance is as delectable as ever.

Believe it or not, we first saw the F-Type coupe’s shape 10 years ago on the Jaguar C-X16 concept. It has aged wonderfully, and when this P300 sat beside a highlighter-yellow BMW M4 outside my flat, the neighbors could only coo over the cloudy gray Brit. It’s joyously unadorned next to the slashy, fussy Supra, suggesting it’ll be the far more appealing object in another decade’s time.

The drama continues inside, with the most visually interesting cockpit of this group. It’s usually a bit naff using the word ‘cockpit’ to describe an interior, but the Jag’s joystick gear selector, wraparound console, and slender windshield make it hard not to indulge. All of which is a positive spin on how the heaviest, widest car here is also the most claustrophobic. Quite a trick, and one which makes it the hardest to place down a narrow B-road.

But it’s the easiest to place last in this test. It’s got surface-deep star quality—this is a pricey V8 sports car punching down, whereas the other two find their roots at half the money—but pressing the starter button nibbles away at the illusion just a little too much. It’s the car most affected by its cylindectomy. Jaguar’s ‘fully-electric by 2025’ announcement earlier this year immediately placed a sell-by date on the gasoline F-Type, and if you’ve hung on this long to buy one, wouldn’t you rather have a lightly used V8 and see it out with a bang?

The other two are much closer together. Surprisingly so: The gap between four-cylinder Supra and Cayman is significantly narrower than when you throw the full-fat six-cylinder versions in the ring. Is that because the Toyota has become smarter, or because the Porsche has become less mesmerizing? The truth is a combination of the two, but there’s no doubting that if you’re sold on the looks and want something fervently different to the crowd, the Supra wears its simpler 2.0-liter form well.

The Cayman, though, is insurmountable. Sometimes it seems a little studious—a peculiar mix of top student and sports-team captain where the Supra’s happier to sacrifice some grades to get into a bit of mischief. But ultimately, the 718 is a triple threat: It’s the best to drive, nicest to sit in, and easiest to own, the latter a true achievement for the only mid-engined car present and proof that the other two could perhaps work their more traditional layouts better. Porsche wins again, but by a smaller margin than it has become accustomed to. 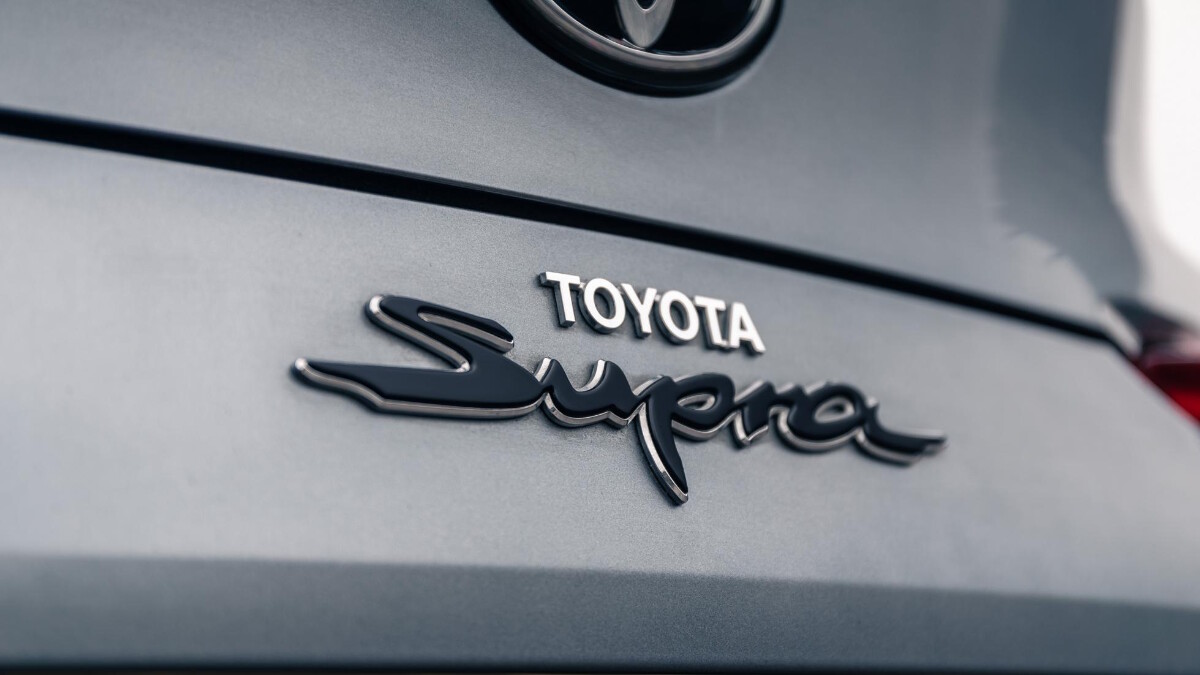 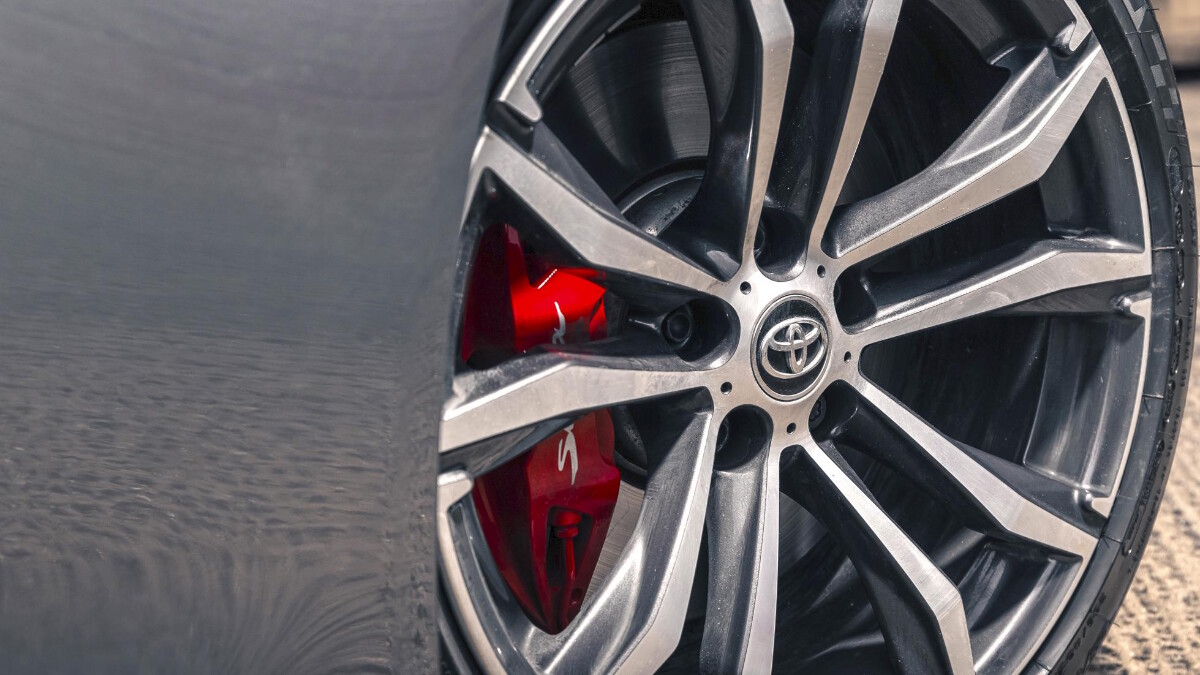 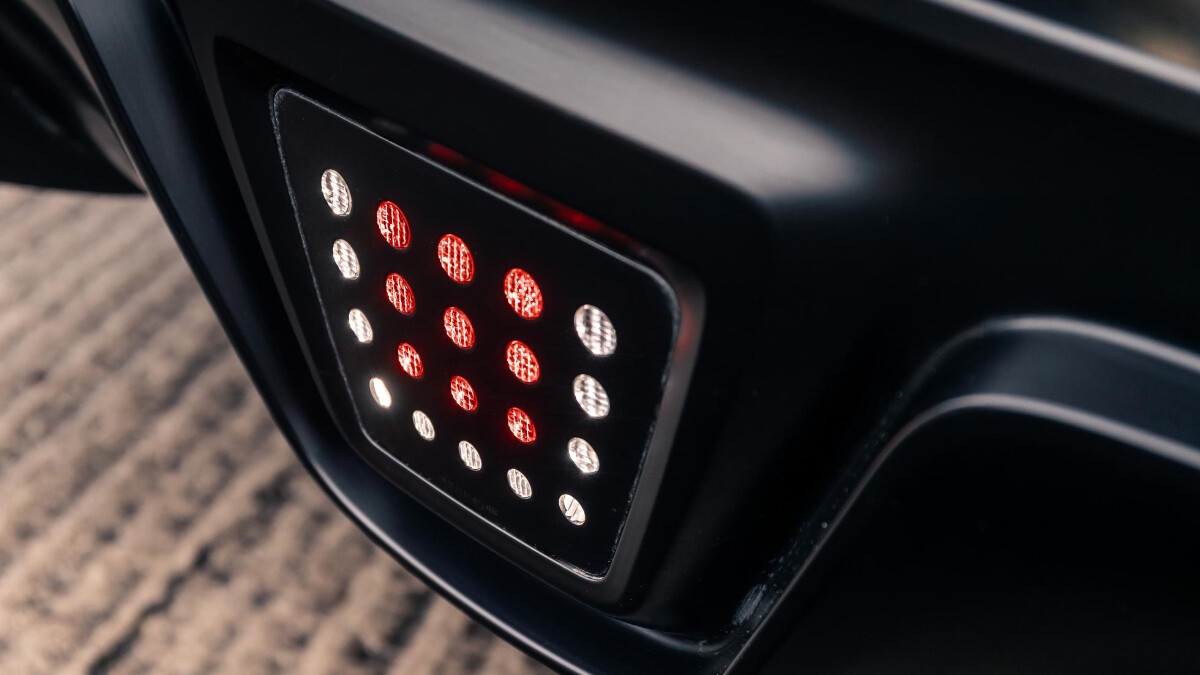 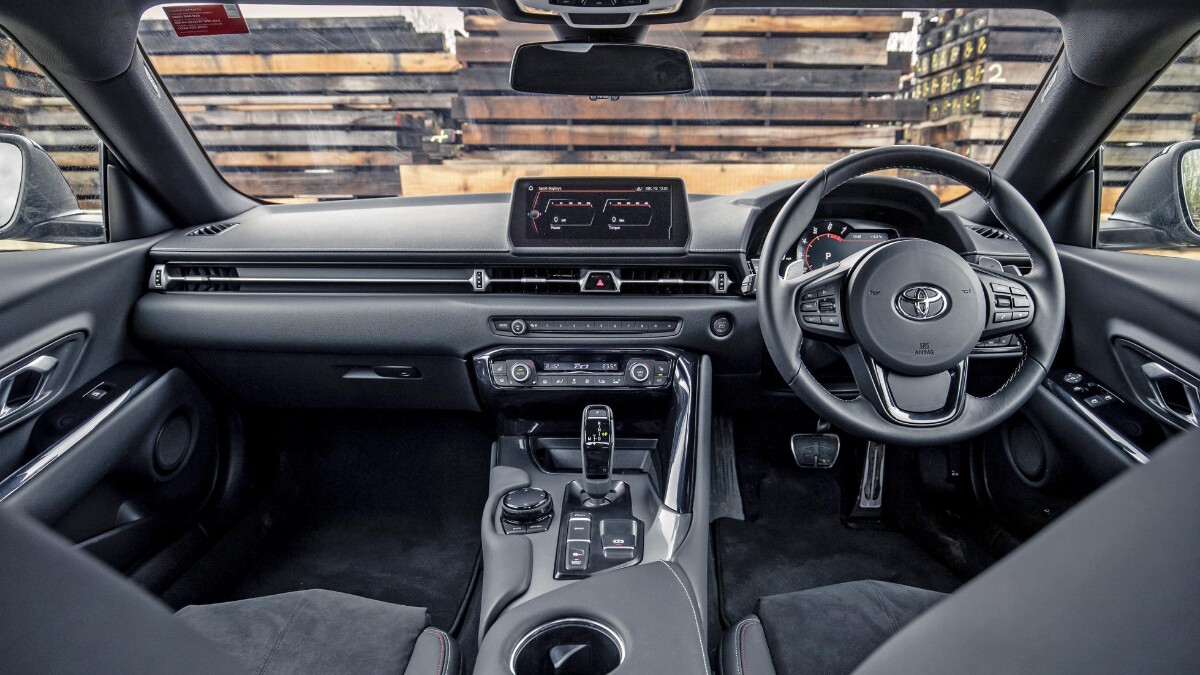 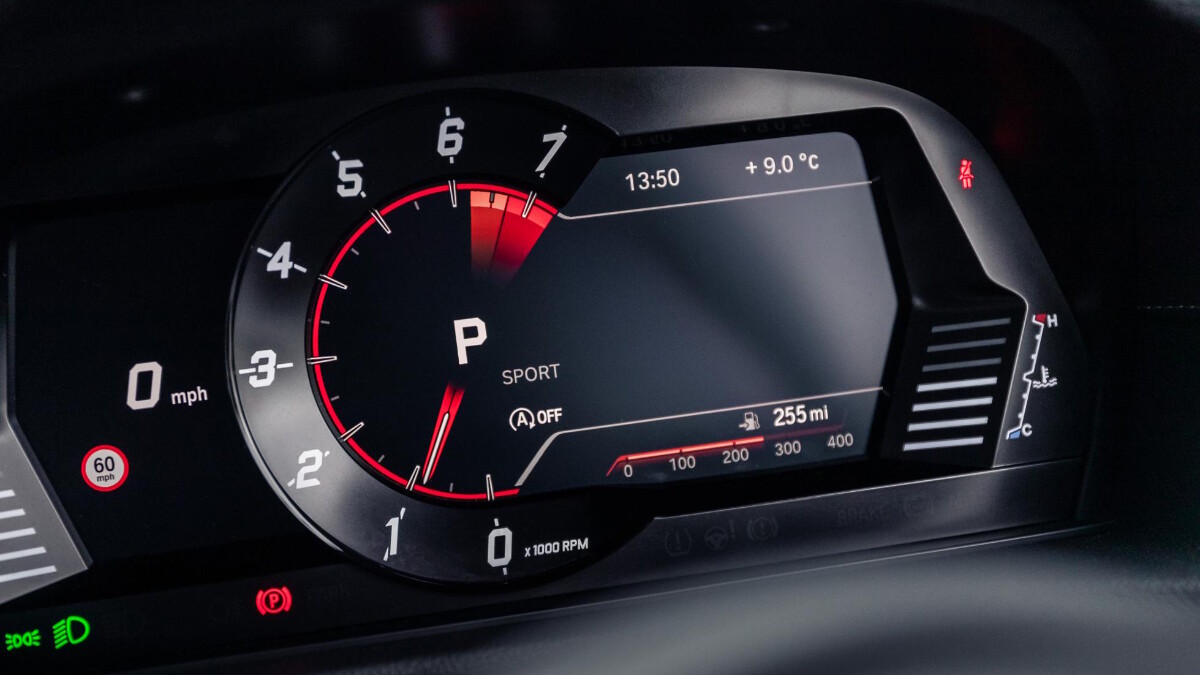 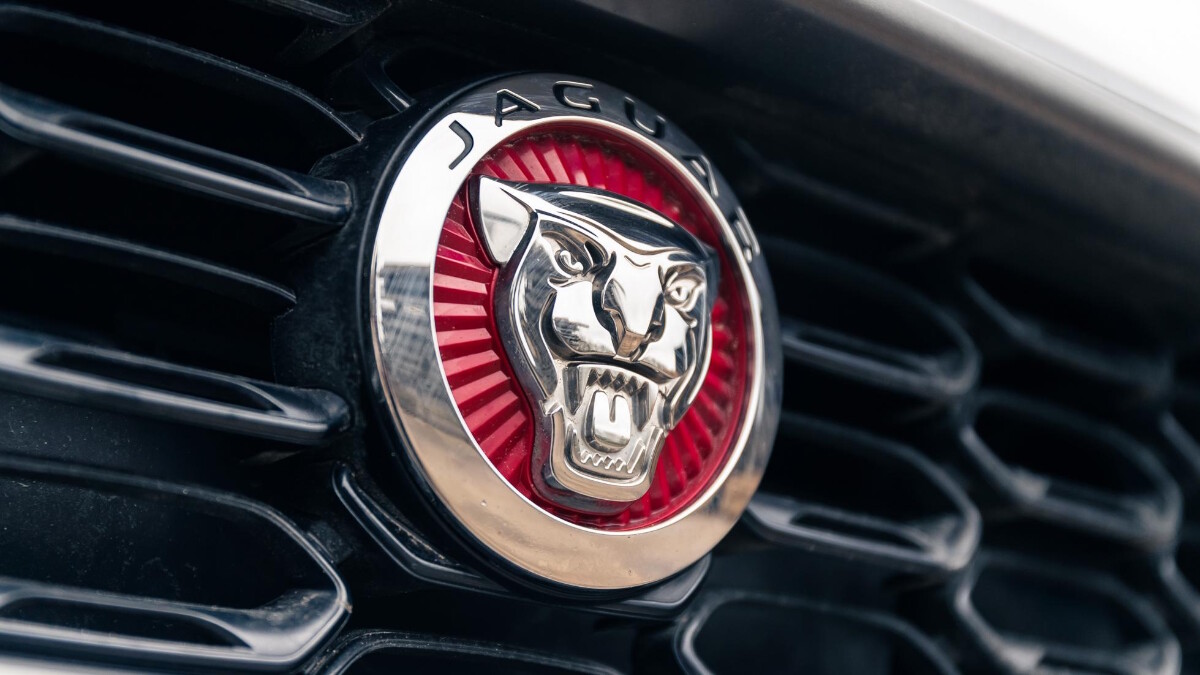 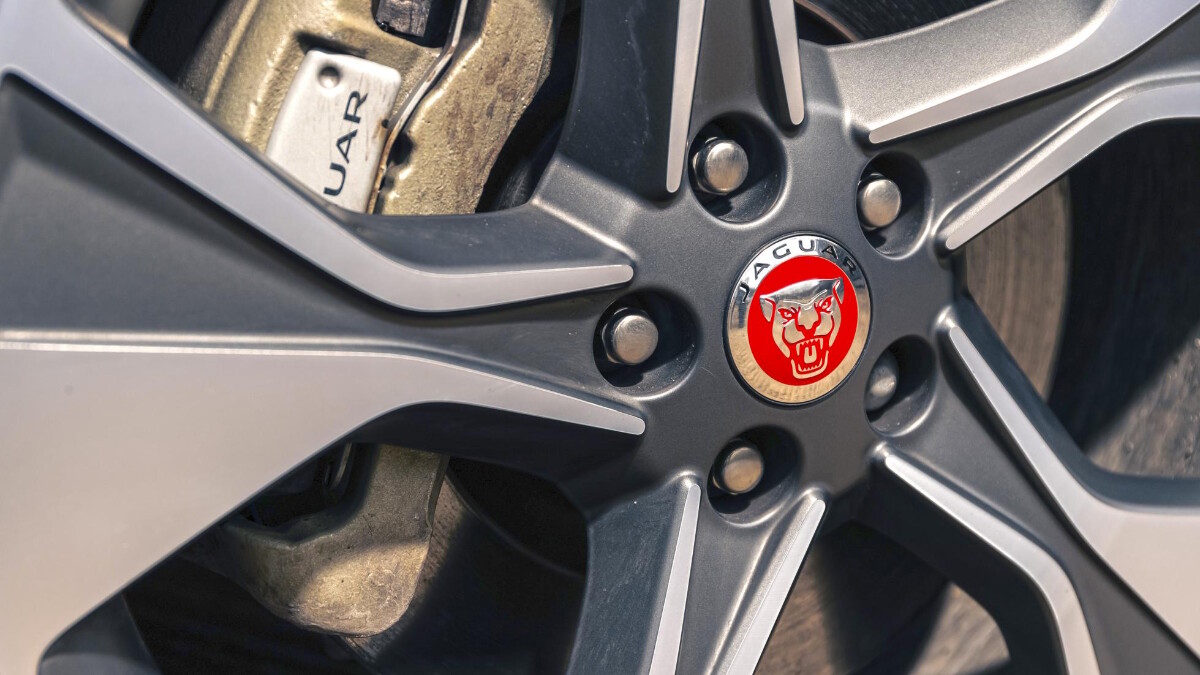 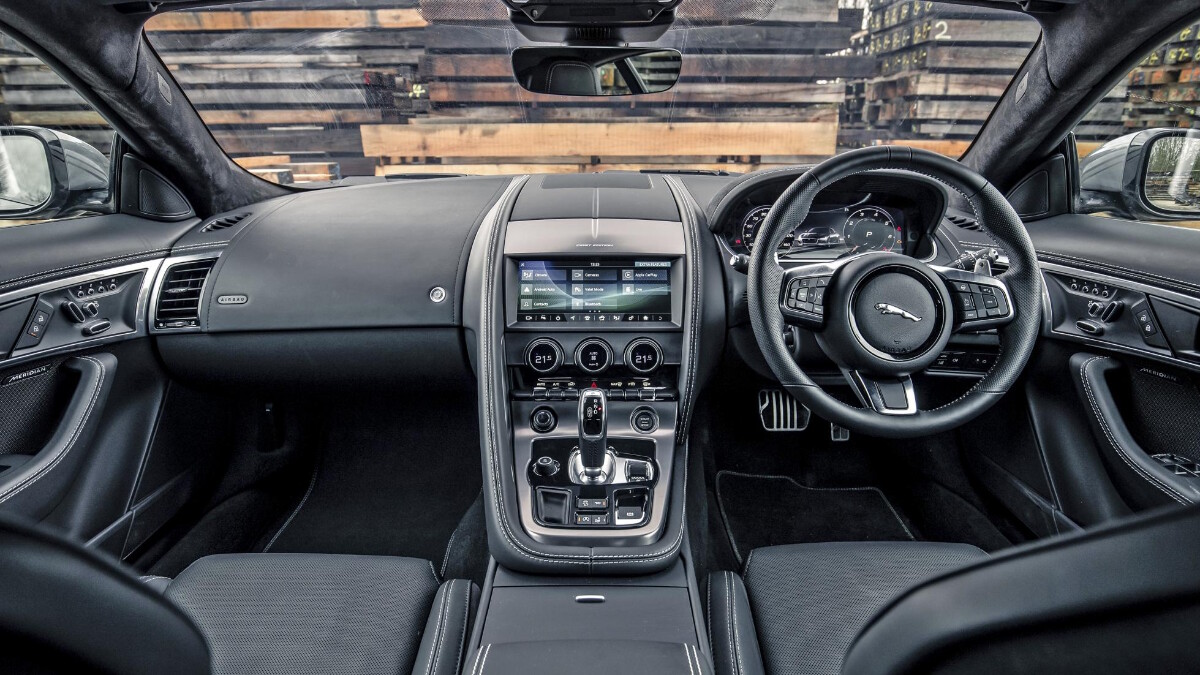 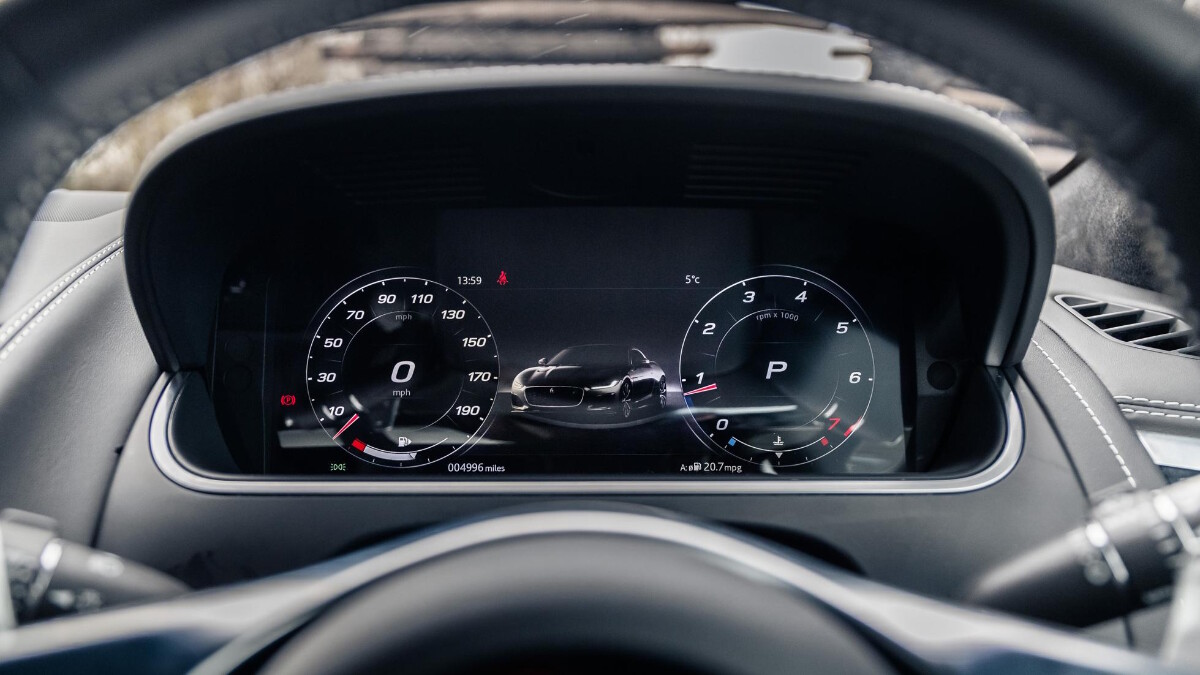 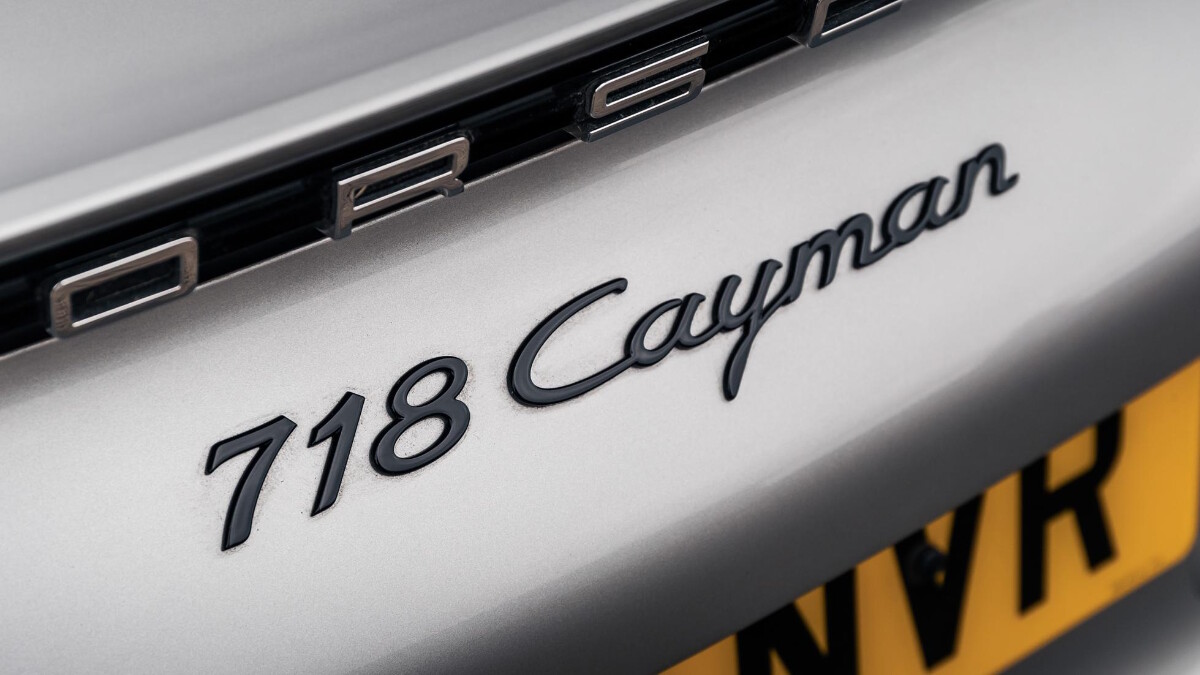 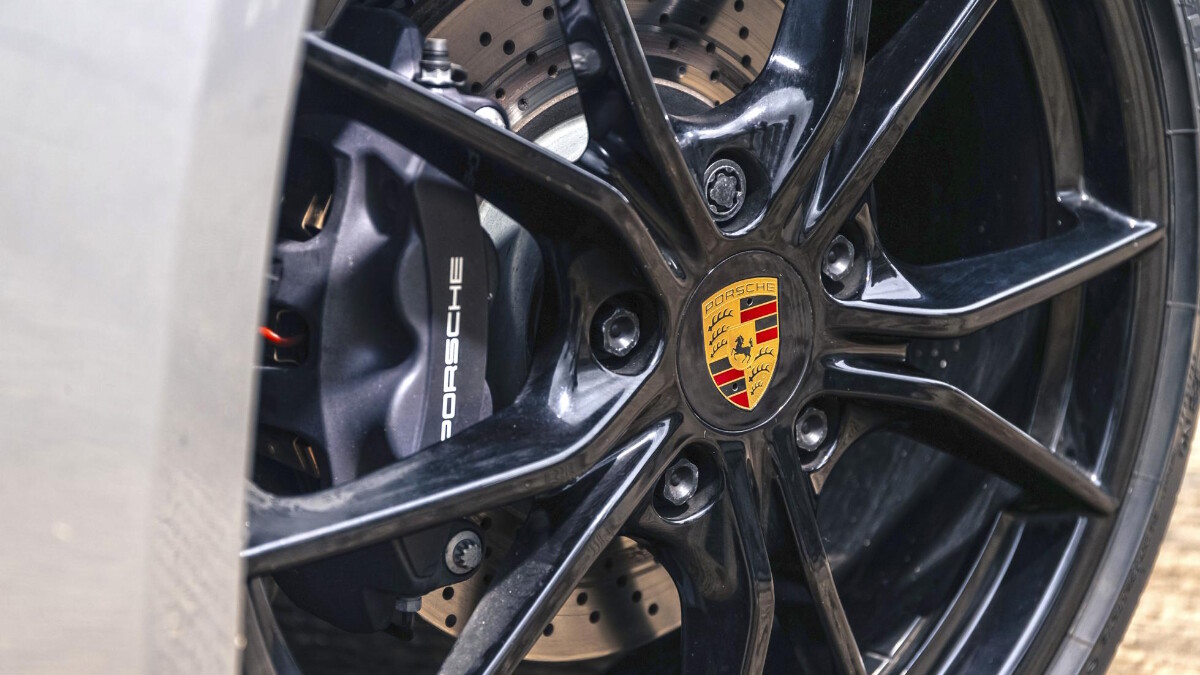 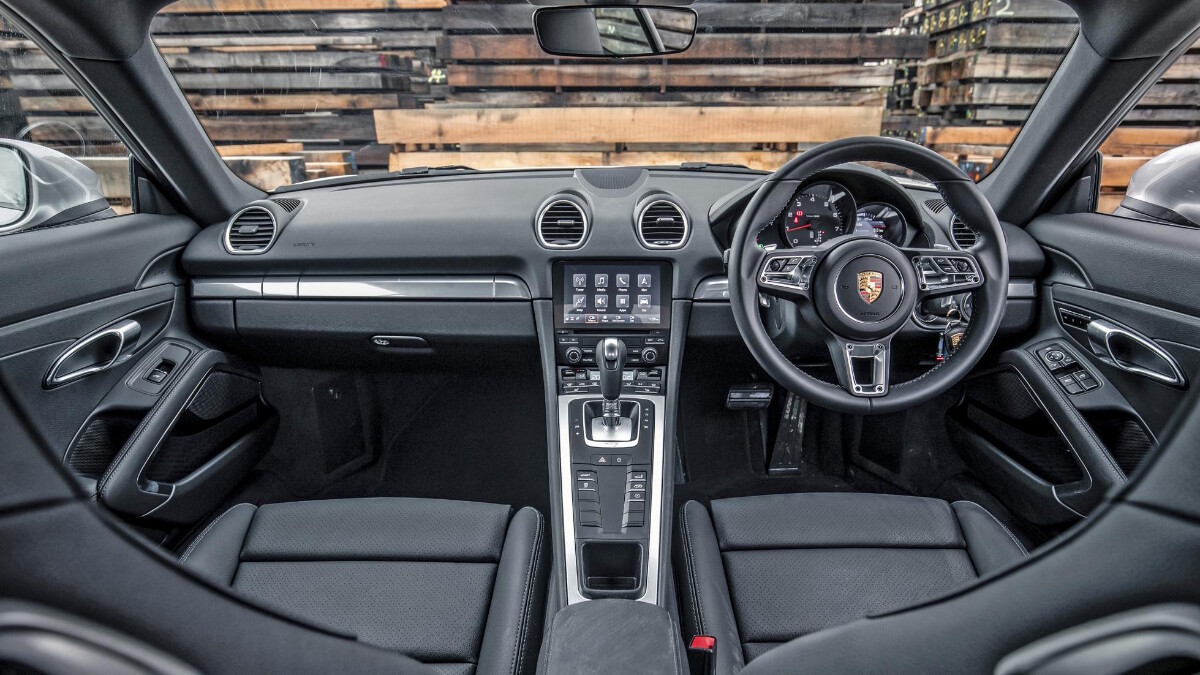 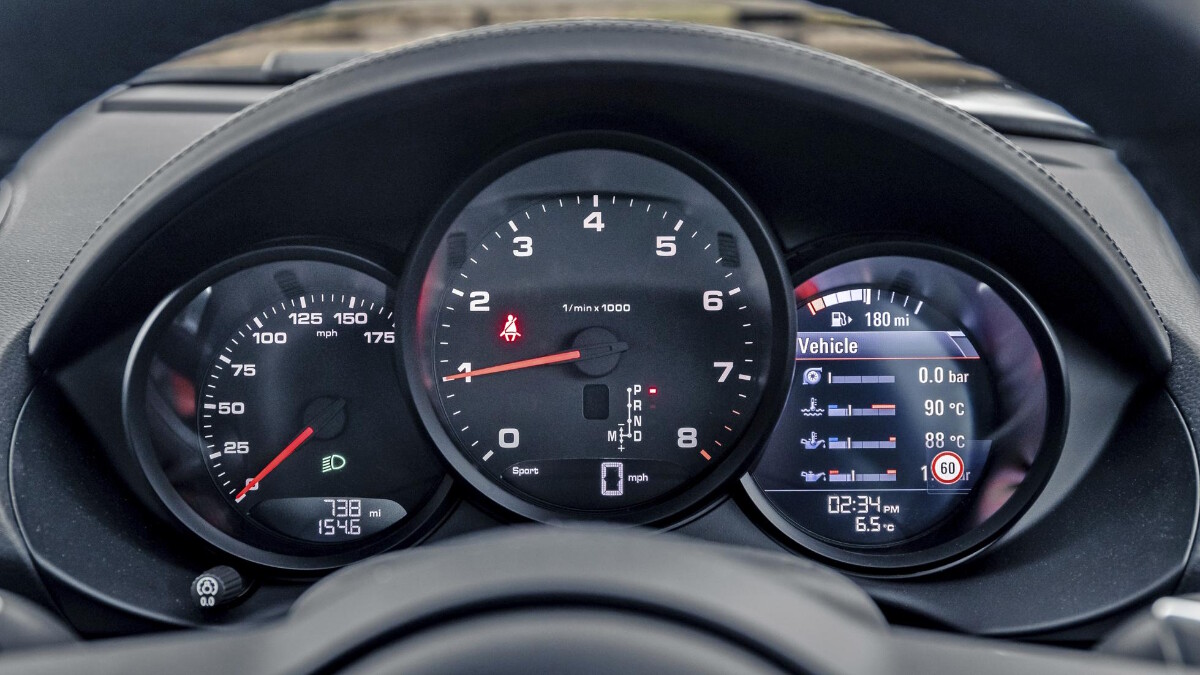 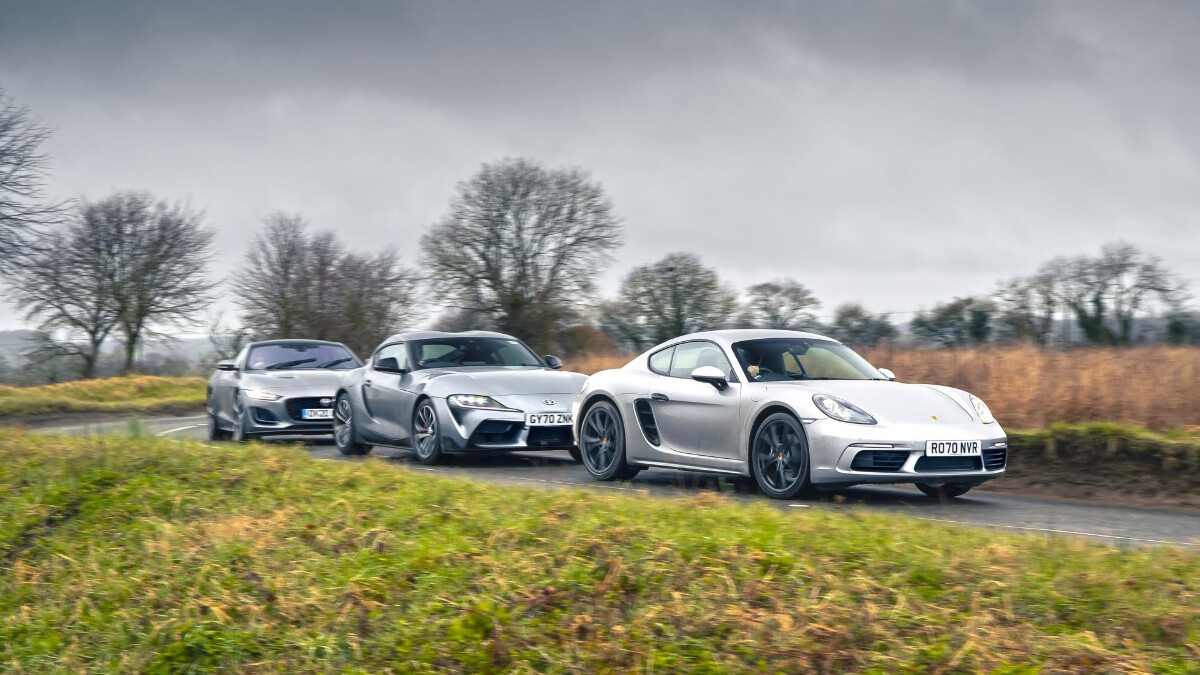 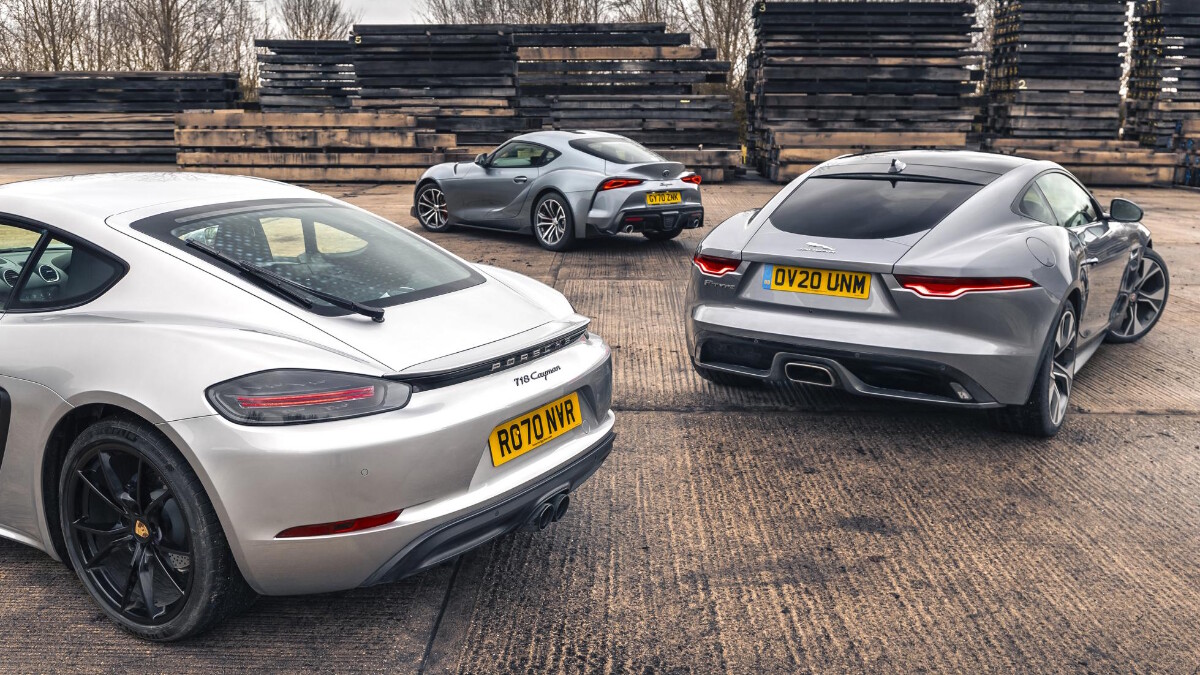 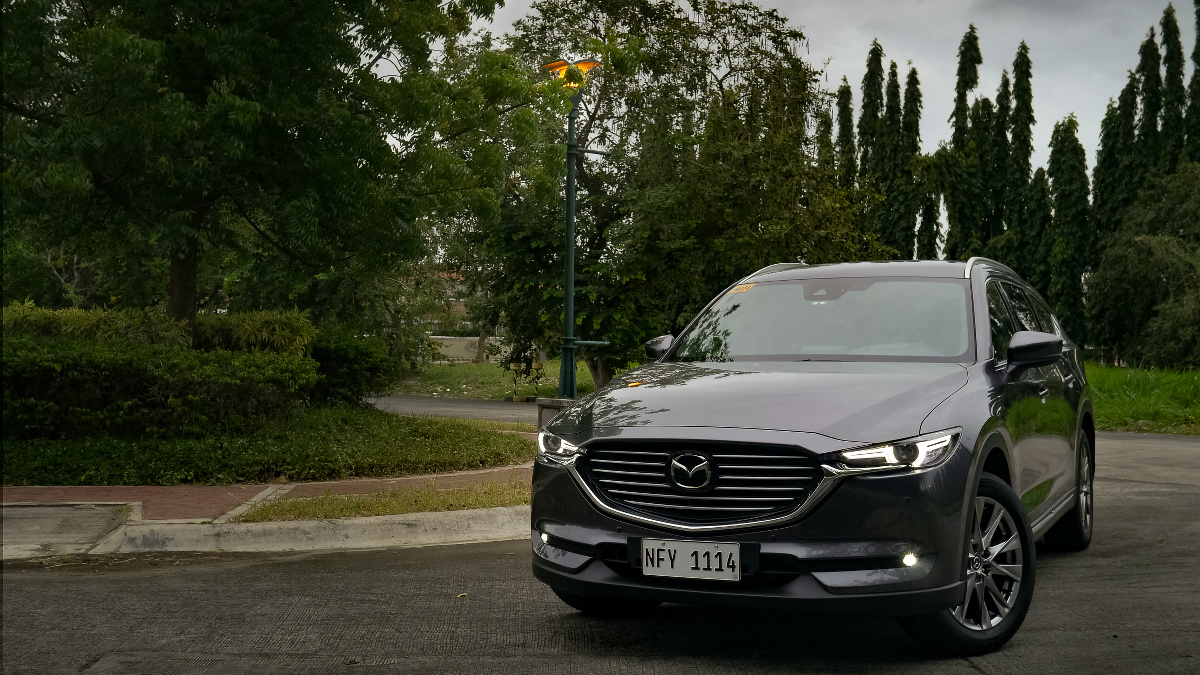