In another of Fate's jokes, the biggest member of the team gets to test drive the smallest SUV we have ever tested. Dinzo Tabamo tells his harrowing tale
Jan 23, 2009
CAR BRANDS IN THIS ARTICLE

There's something amiss about what people expect from an SUV when they criticize it for being matagtag. People have every right to expect comfort from their vehicle purchase, but there was a time when an SUV was a truck. It was built to handle terrain that would lay waste to a sedan’s underchassis.

Somewhere along the way, it all changed. People started thinking it was cool to drive something so intimidating and that gave them a commanding view of traffic. They justified it by saying it could tow trailers better and citing safety issues. And when people started buying, carmakers took notice.

Car-like features like leather and wood were added, and the suspension was softened for comfort. By the turn of the century, even brands not associated with SUVs had been introducing them. Porsche almost caused its devotees to commit mass suicide by introducing an SUV of its own. And let’s not get started on what happened when rappers got their hands on SUVs.

Into this skewered automobile market enters the cute little Suzuki Jimny. Initial impression is that it’s a cute little truck. For girls. Men like buying hulking SUVs for their hulking size.

A cute little sport-utility? What’s the point? Getting inside, or rather trying to get inside the cabin, further challenges both the rationale behind the Jimny and my supersized body.

Once inside, it’s a very intimate situation. In what seemed like a cruel joke, photographer Chino Acosta and I, who both stand at least six feet, were assigned to the Jimny, easily one of the smallest cars we’ve ever tested.

It was very cozy, to say the least. In keeping with the cute little affordable truck theme, the interior is austere and straightforward. It’s not bad. Everything is clearly labeled and there’s a no-frills approach to the design. The stereo is integrated, the A/C uses dials, and near the bottom of the dash are the three buttons that shift the Jimny from 2WD to 4WD or 4LOW.

It took us time to realize it, but the interior’s utilitarian approach was actually very ideal for an SUV. We had gotten so used to trucks with leather and wood we almost forgot there was a time when the ‘U’ in SUV meant utility—inside and out.

There was something more to this Jimny, we thought.
On the road in urban scenarios, the Jimny’s small size and economical but energetic engine works to its benefit. Maneuvering in the city and parking it make you appreciate the vehicle even more. The steering wheel doesn’t give much feedback, but the Jimny is so small you can ‘sense’ the whole vehicle respond to the road and your steering anyway.

The highway is the Jimny’s kryptonite. Engine and road noise are more noticeable. There’s also the vibration. The limits of the powerplant become apparent. While we knew the Jimny never had a natural liking for overtaking, the highway makes this fact painfully obvious. Gathering momentum is a must, and even that isn’t a guarantee of passing a Victory Liner bus. Plus, the added effort from the engine increases the noise even more.

Our respect started to return when the highway ended and we reached Subic. This is because the off-road is where the Jimny really makes its case. Meaning dirt trails, mud, rocks, EDSA, and the like.

Driving to the beach house where we were billeted, the road lost its pavement and became an uneven dirt trail with rocks jutting out every now and then. We saw the regular cars ahead of us slowly navigating the road to avoid scratching their underbellies.

We just pressed the 4WD button on the bottom part of the dash (it’s such a big button, you can’t miss it), an indicator on the instrument panel lit up to show that 4WD was engaged, and we aimed for the worst parts of the trail.

We’re not 4x4 experts, but we swear we could hear the Jimny laughing along with us. The Jimny rarely lost traction and just rolled right over the worst crevices in the road.

It was far from a true off-roader perspective, but it showed how simple the 4x4 system of the Jimny is to use. You can even switch from 2WD to 4WD high gear at speeds of up to 100kph.

For an expert opinion, here’s a short excerpt from associate off-road editor Beeboy Bargas’ review back in our November 2004 issue, in which he thoroughly tested the Jimny in the trails of Tanay:

“There was a time when 4x4s were about the desire to forge your own path and challenge the outdoors, a partnership between man and machine to go where few dare. The Suzuki Jimny is a true off-roader in that spirit.”

At almost P800,000, the Jimny is priced above a lot of the subcompact cars marketed as city drivers. It’s even priced above its cute little sibling, the Swift. However, there is no doubt none of the sedans can do what the Jimny does when the going gets tough. And in our country, it gets tough before it gets going.

In some respects, the Jimny is the ideal Metro Manila vehicle. It’s small, easy to park, nimble, fuel-efficient, flood-capable, and can hurdle the decrepit state our roads turn into once election season is over and winning candidates begin raiding the DPWH for all the money they spent while convincing our poor countrymen to vote for them. (Sad but true.)

If the Jimny were a girl, she wouldn’t be the long-legged and perfectly coiffed corporate chick who usually ends up in PR and marketing. She’d be the small, cute, tough, feisty, street-smart, go-anywhere kind of gal, who in the right hands can give a hell of a good ride. If you see her on the road, she’s worth a second glance. 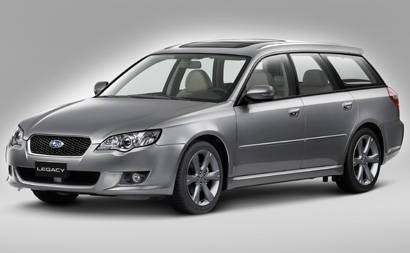 Car review: Subaru Legacy 2.0R
View other articles about:
Read the Story →
This article originally appeared on Topgear.com. Minor edits have been made by the TopGear.com.ph editors.
Share:
Retake this Poll
Quiz Results
Share:
Take this Quiz Again
TGP Rating:
/20