The fastest McLaren lap times outside Formula 1. That’s the claim, isn’t it?

Yes, and it’s a pretty big one, because it means the Senna GTR is faster than a full-house 720S GT3 car. How much faster? An order of seconds per lap, says McLaren, although the carmaker is coy about further detail. But hey, second fastest McLaren after Carlos Sainz’s and Lando Norris’s ride is a pretty good boast.

Isn’t it? So what’s been done to turn a Senna into a GTR?

First of all, you don’t turn a Senna into this. All road-going Sennas have been built, so now it’s the turn of the 75 GTRs to have their spot on the production line. They’re being assembled at the moment at the MPC (McLaren Production Center) in Woking, and should all be built by January, at which point Speedtails will start coming down the line. 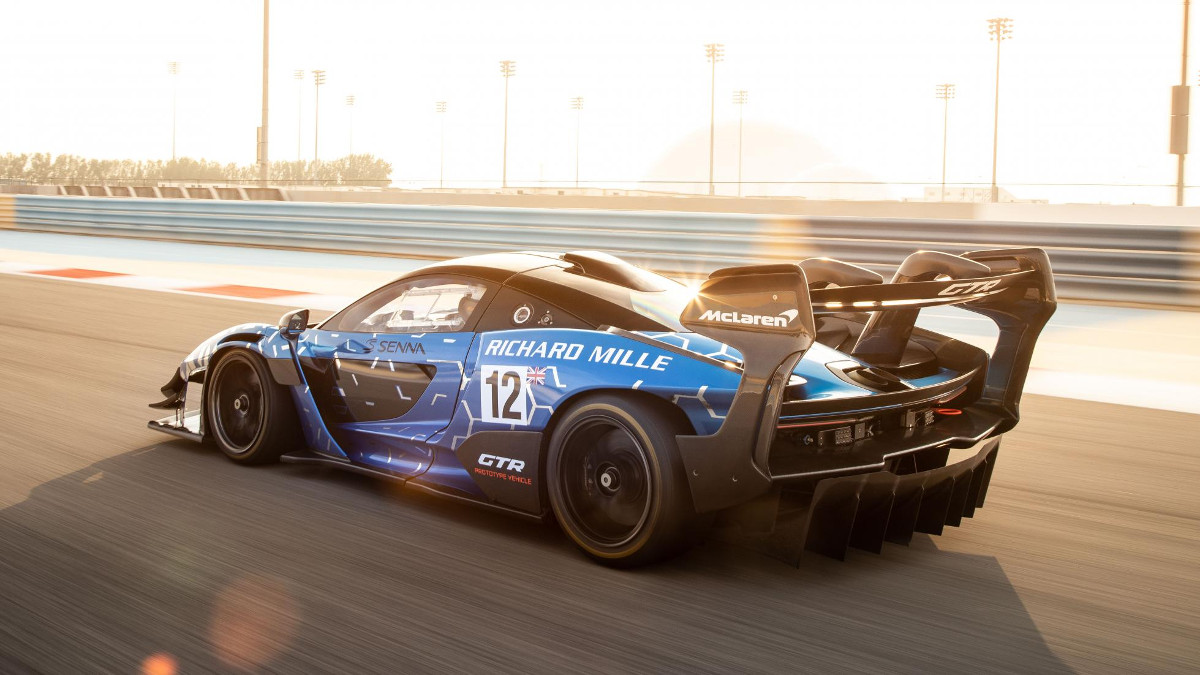 Think of the GTR as a blend of Senna and GT3. Much of the suspension is borrowed from the GT3 racing car, and free from road homologation, an extra 25hp has been liberated from the 4.0-liter twin-turbo engine. The bodywork has sprouted, too.

Engine first. Since this car is never going on road, McLaren has removed the secondary cats and fitted a more porous motorsport ‘brick’ in the primary. This reduces back pressure and up goes the power, from 800hp to 825hp. It’s all at the top end, the torque sustaining its 799Nm longer (5,500rpm-7,250rpm instead of 6,500rpm), with max power also delivered at 7,250rpm. The 8,400rpm limiter is unchanged.

The road car wasn’t pretty, but sneaking 800kg of downforce through homologation was very clever indeed. For the GTR, the wings and the aero surfaces don’t have to sit within the extremities of the car, plus you can have sharper edges and alter the car’s angle of attack. The 80mm of front ground clearance rises to 120mm at the rear, reducing air pressure and increasing downforce. The front splitter has been extended out several inches (the GTR is 220mm longer overall), dive planes have been added, and there are now vents above the front wheels, a prolapsed rear diffuser like Bane’s gum guard, and a rear wing of towering magnificence. 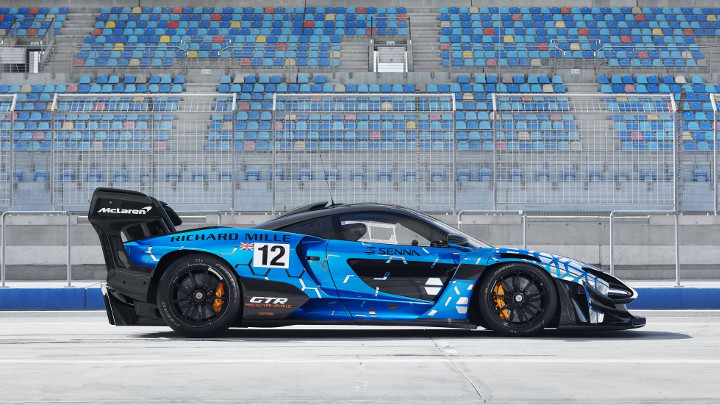 The side supports aren’t there for structural reasons, nor are they load generating; instead, they manage the airflow down the side of the car, allowing the rear wing to work more effectively. The pylons have been tilted backwards moving the wing aft. Total downforce is over a ton at 250kph.

Suspension is double-wishbone with bespoke uprights. The arms, lighter and stiffer than the Senna’s, are from the 720S GT3, as are the Öhlins dampers—although the valving and the tuning are different. The hydraulic K damper that did heave control and height adjustability on the Senna has been dropped—no need for it. Most of the body panels are unique to the GTR. The brakes are from the standard Senna, but with different pads and brake booster.

How light is it?

Just 1,188kg dry. Which is very light indeed. But only 10kg lighter than the road car.
A bit lighter, a bit more downforce, a bit more power. Not a transformation, is it?
Quite a bit more downforce. Although that will of course actually slow you down on the straights. Don’t forget the slicks and the setup work, too. But I get your point about the baseline figures, although that’s a pretty poor way of judging the driving experience.

Tell me about that. 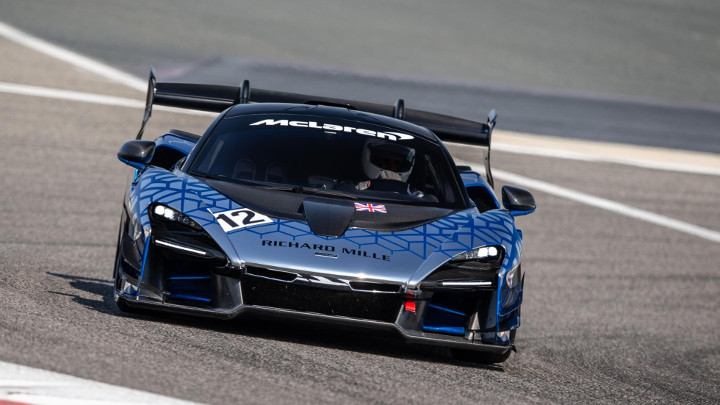 Time to come clean. There’s a line in the literature that says “95% of the performance is achievable by 95% of drivers.” In other words, it’s as easy to extract the max from as, say, a Honda Jazz. Ish. I know it doesn’t look it, but it’s friendly. I don’t want it to be friendly, I want it to be feral. I want a car I have to master, a bit of a savage that’s going to get me sweaty-palmed with its speed and aggression. There’s every chance I’m alone in this, but I wanted you to know where I’m coming from.

Is it fast? Absolutely, although of the three speed areas (acceleration, braking, and cornering), the acceleration is by far the least impressive. At high speed, I don’t reckon it’s as fast as a 720S. Look at what it’s towing, though. The brakes are plain staggering. Nailing them at 270kph on Bahrain’s main straight, literally hitting them with everything you’ve got, straining sinews...well, it’s the one time you get to attack the car, give it a proper shoeing. After that, it’s all about accuracy and finesse. And then there’s the cornering force. The best place to feel it on the GP circuit here is Turn 12, a long, uphill fourth-gear corner, a proper summon-up-the-blood, hold-on-and-keep-turning curve. 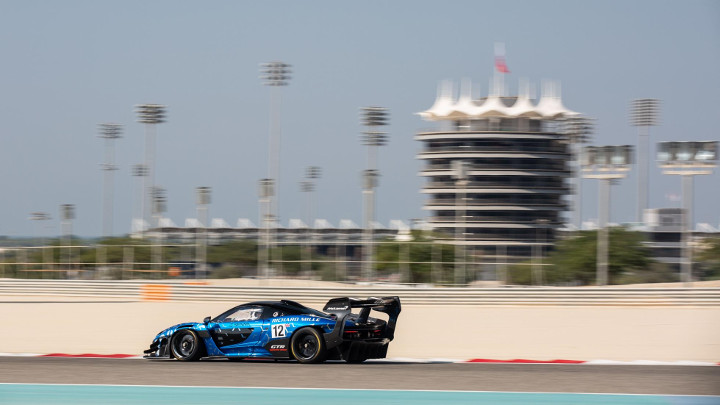 But you can do it, you can get to the point that you feel, even beyond the limits of the slick tires and hundreds of kilos of downforce, a bit of understeer starting to emerge. Boy, are you going fast and is there a lot of force pressing on your body, though. And the only reason I’m genuinely happy pushing on? Bahrain is a Hermann Tilke circuit. Plenty of run-off...

One proper one, coming out of Turn 12, braking and downshifting one gear for 13, getting cocky and overconfident. Big slide, into, through, and most of the way out of Turn 13. I’m not sure I adequately apologized to Duncan Tappy, the poor racing driver tasked with coaching me around. I’m doing so now: Sorry, Duncan. But hey, at least it was catchable. Don’t think an actual racing car would have been.

A couple of times, I managed to outbrake myself, too—this in a car that’s braking from 270kph at roughly the 170-meter board before the hairpin at Turn 1. Yes, F1 cars brake at the 100 meter board, but still...

I’m sure there’s a reason you’re sharing all this. 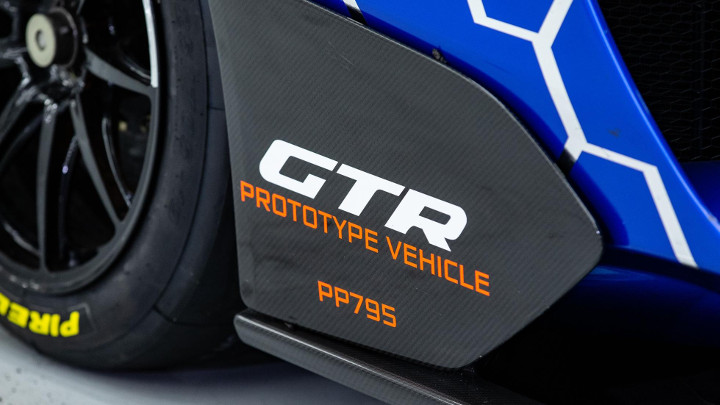 There is. It’s because the Senna GTR gives you so much confidence. Because it responds exactly as you want, at the moment you demand it. Because the downforce glues it harder to the track the faster you go, so it feels ultra-secure in a straight line. It’s a faithful, predictable companion. Terrifying to look at, deeply intimidating as you head out of the pits, wrenched tight into carbon buckets and gripping the little rubberized wheel. But somewhere a little over halfway around lap one, you’ve already sussed it. So you go faster. Brake later. Get scrappy. Start making mistakes.

The Senna GTR likes to be driven like a racing car, demands a certain technique—especially in the slow corners—to get the best from it. Brake all the way to the apex, gradually releasing the pressure as the aero grip fades away. Still braking a bit, you smoothly sweep the steering in, then you have to be patient. I really don’t like this part. But if you gas it at all now, you can feel the differential start to tighten back up, pushing the nose into understeer, ruining your smooth, crisp line, taking you on a trip to the outer curbs too soon. A U-shaped curve, when what’s fastest with downforce is V-shaped.

So you wait—coasting, basically—and then, when it’s nearly straight, you gun it. Go too soon, carry too much lock, or give it too much throttle, and you’ll slide a bit. And that’s slow. Thankfully, there’s traction control. 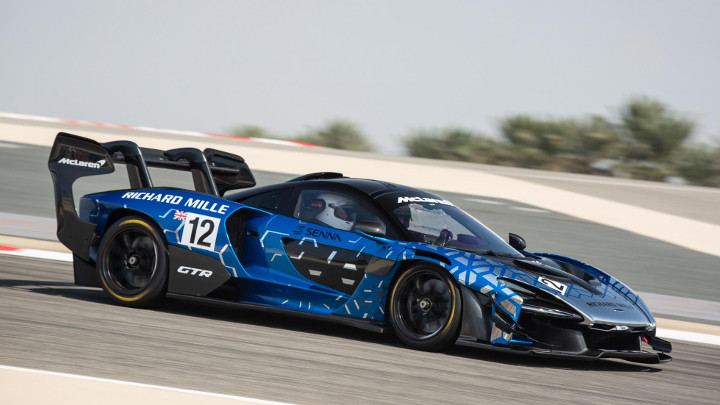 What I’m trying to say is that driving the Senna GTR fast needs a particular technique, and has a particular reward. This is not a racing car—it’s not homologated for any race series. But for fantastically wealthy people who want a car that can give them genuine racing speeds, but don’t want to actually race, yet enjoy the analytical process of picking a circuit apart, of studying data and burrowing into setup, this is a fascinating machine. It’s a narrow demographic, a small peephole of overlap in the Venn diagram, but then there’s only 75 being built.

Yep. A racing car is cheaper, but it’s also more brutal, less forgiving. No straight-cut sequential gearbox here, but instead a seven-speed twin clutch. In full house Race mode, the shifts are smooth, but back it off to Track mode and there’s an ignition cut to exaggerate the shifts, fire them home a bit harder. It’s not faster, but it introduces a bit of drama. I like that.

I wish something similar was available under acceleration, too. That’s where most people feel they can get their kicks, but the Senna GTR’s DRS (which opens up the rear wing) doesn’t make enough of a difference. And although it’s massively noisy outside, inside, you’re just watching the shift lights—the engine is barely heard through helmet or over wind and tire racket. The powerband is broad and it pulls all the way to the cut-out, but the problem is that, although this sounds bonkers, 825hp just isn’t enough. 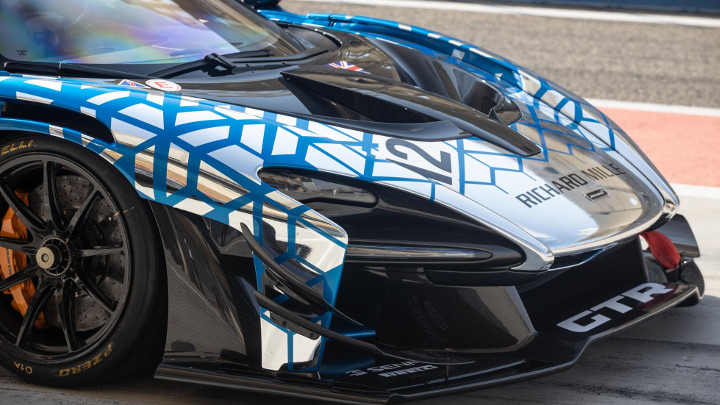 The old P1 GTR was 1,000hp. Rougher around the edges, a bit sketchier, but bloody memorable. The Senna GTR is, as McLaren promised, much more accessible—more trustworthy, stable, and precise.

Maybe. I’ve driven several other cars like this, among them the Aston Martin Vulcan and the Brabham BT-62. One day, I’d like to find out which is fastest. For mortals, the Senna GTR is, I’m almost certain. But that’s not why I mention them. Both of those have fearsome, thunderous engines. I don’t think either is as polished as the Senna, or as trustworthy, but both feel that bit wilder, more unhinged.

What cars like this do is unpick your personality, revealing what’s beneath. Is the Senna GTR my cup of tea? Probably not. I like things a bit more blood and guts, a bit looser (more like a WRC car, if I’m being brutally honest). But I’d understand completely if the Senna GTR was the one that blew your trumpet. It’s an engineering accomplishment, that’s for sure. Delivering this much speed and inspiring such confidence is deeply impressive.

Is it significantly faster than the Senna road car? 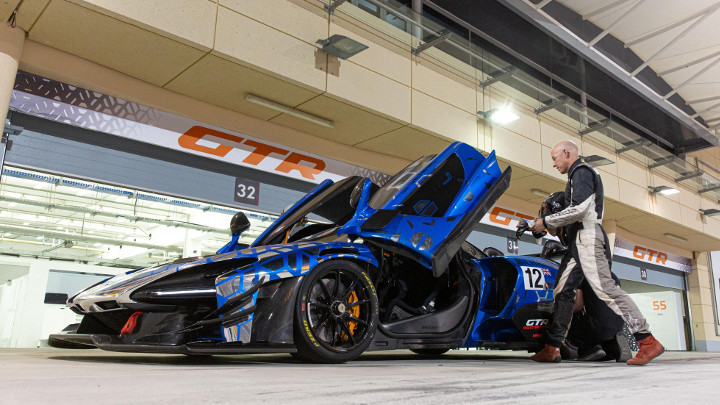 I suspect the numbers say it is (if McLaren would share them), but for me, the road car is the greater achievement. Getting 800kg of downforce past the legislators was an act of rare genius. Still don’t know what I’d do with one if I owned it, but what it can do on track wearing road tires is pretty nuts.

This one obviously ups the ante, but considering it’s a complete no-limits car, it’s not a massive step up. Which says more about the level the standard Senna reached, than the GTR. 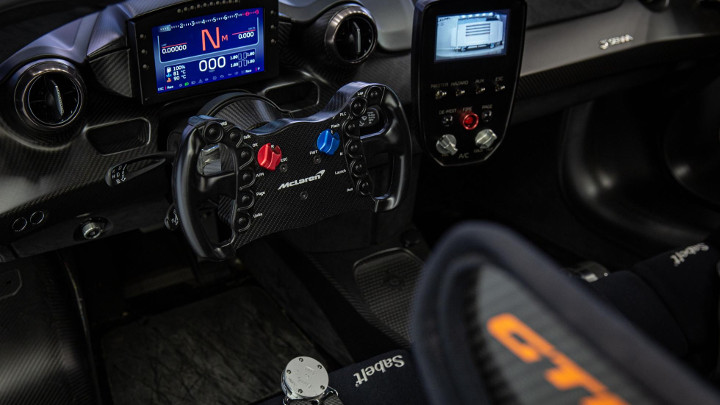 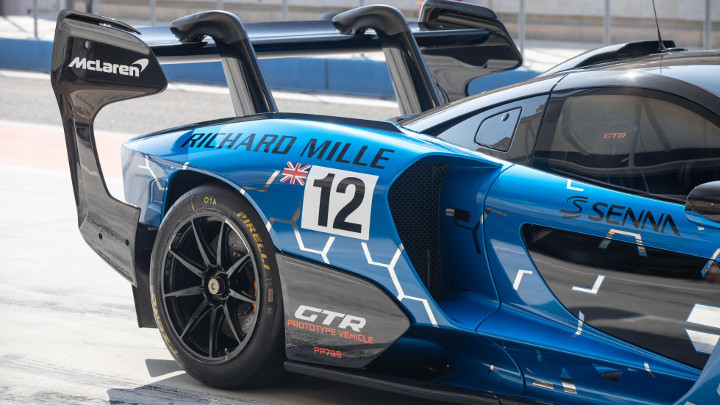 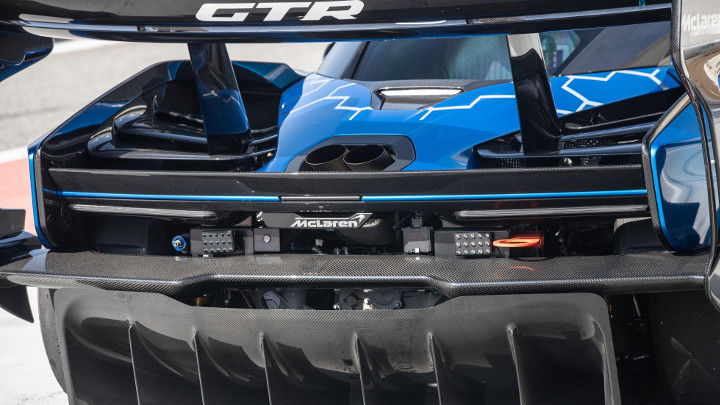 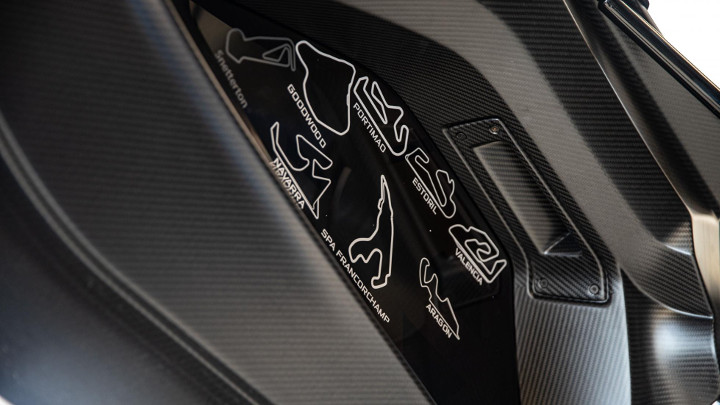 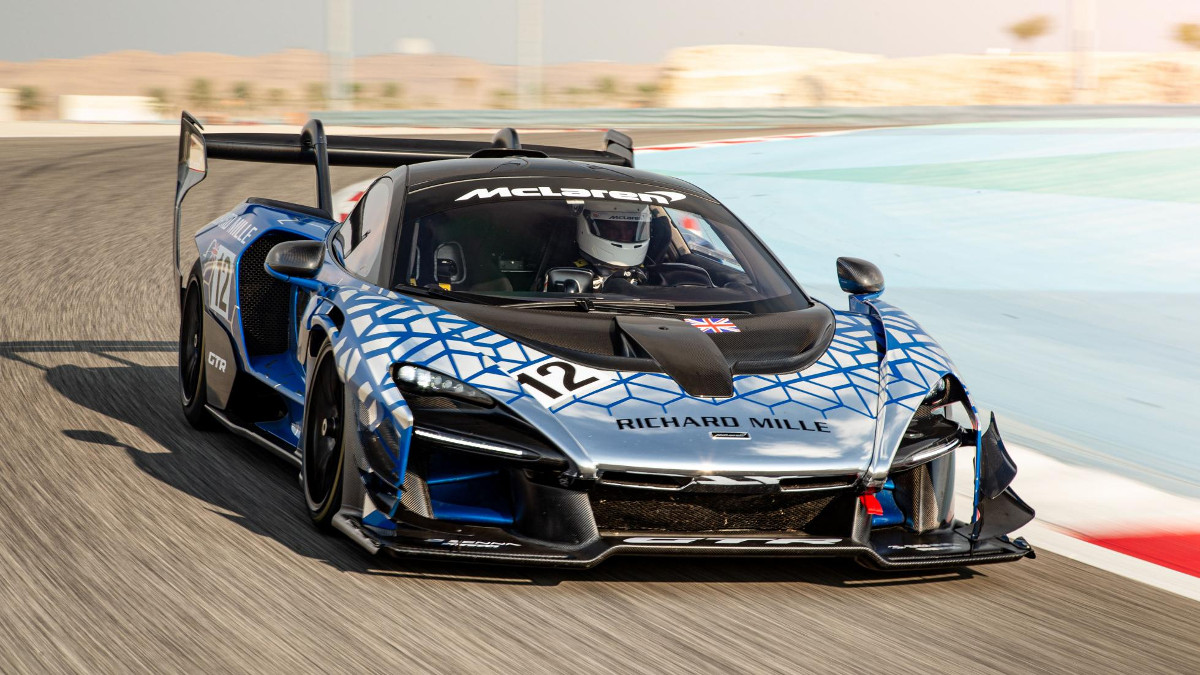 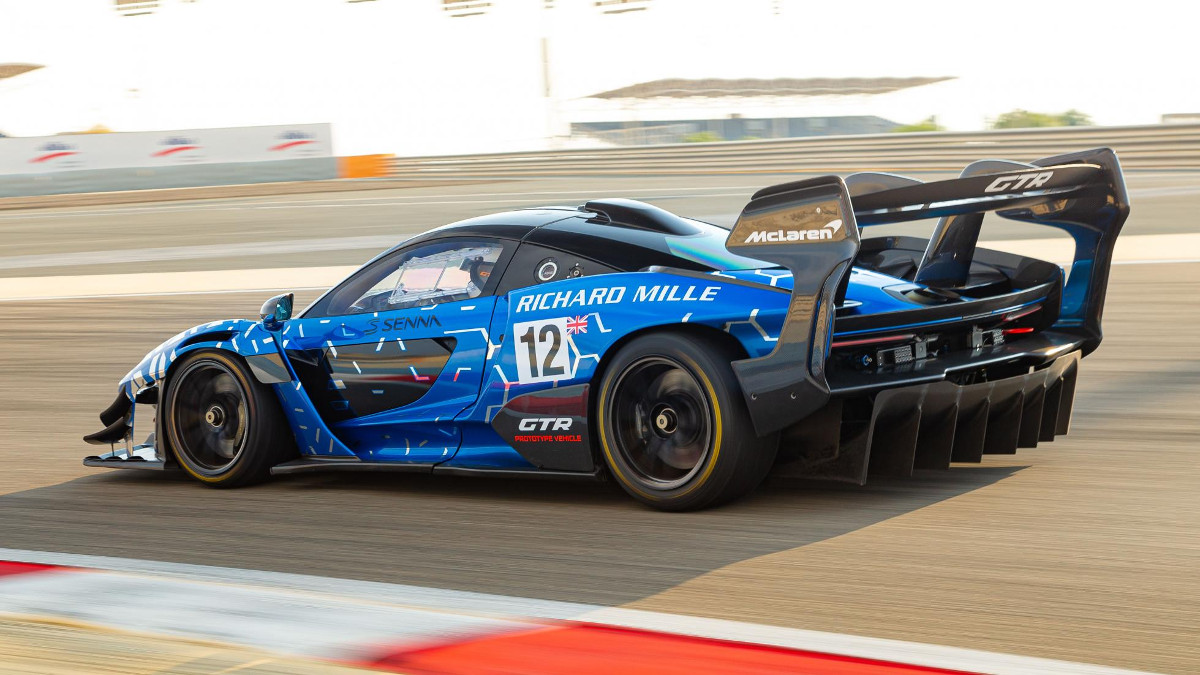 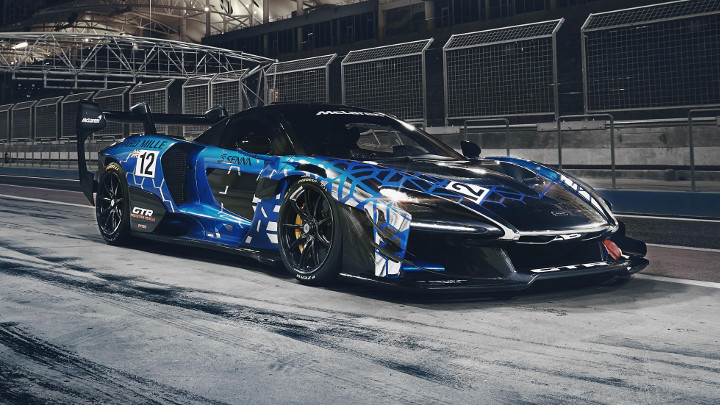 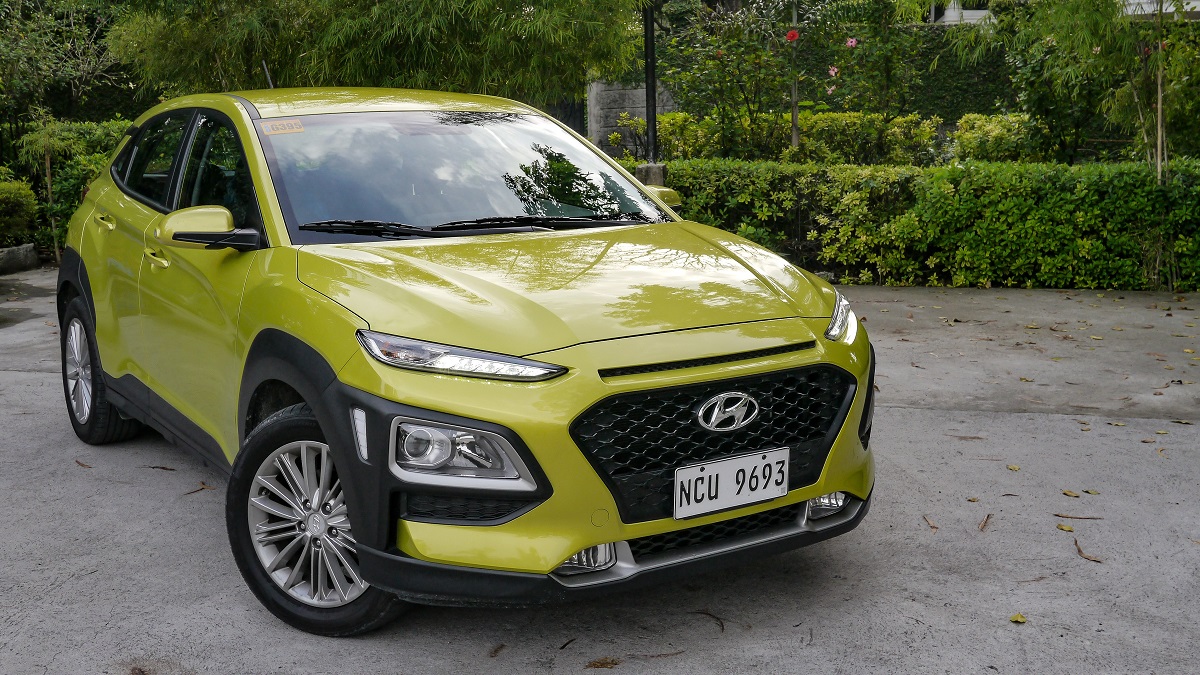 Review: 2020 Hyundai Kona 2.0 GLS
View other articles about:
Read the Story →
This article originally appeared on Topgear.com. Minor edits have been made by the TopGear.com.ph editors.
Share:
Retake this Poll
Quiz Results
Share:
Take this Quiz Again
TGP Rating:
/20