First drive: How does the Shelby GT350 fare against its big brother?

“Get your gear and revs right, and it doesn’t feel a whole bunch slower”
by Paul Horrell | Dec 2, 2019
CAR BRANDS IN THIS ARTICLE

Fair question. The Shelby GT500 has 750hp, a supercharger, and an ability to knock the breath from Top Gear’s Pat Devereux, not a man easily impressed. So, it’s fair to imagine that’ll leave the 526hp GT350 bobbing forlornly in its wake.

Is it that simple?

No, it’s not. The GT500 has a supercharger bolted onto its V8, a straightforward route to vast power. It’s got all the thrust all the time. It makes 846Nm of torque against the GT350’s 581Nm. The GT350 has a super-special flat-crank V8 that zaps to 8,250rpm, and you’ve got to rev high to get the full effect. 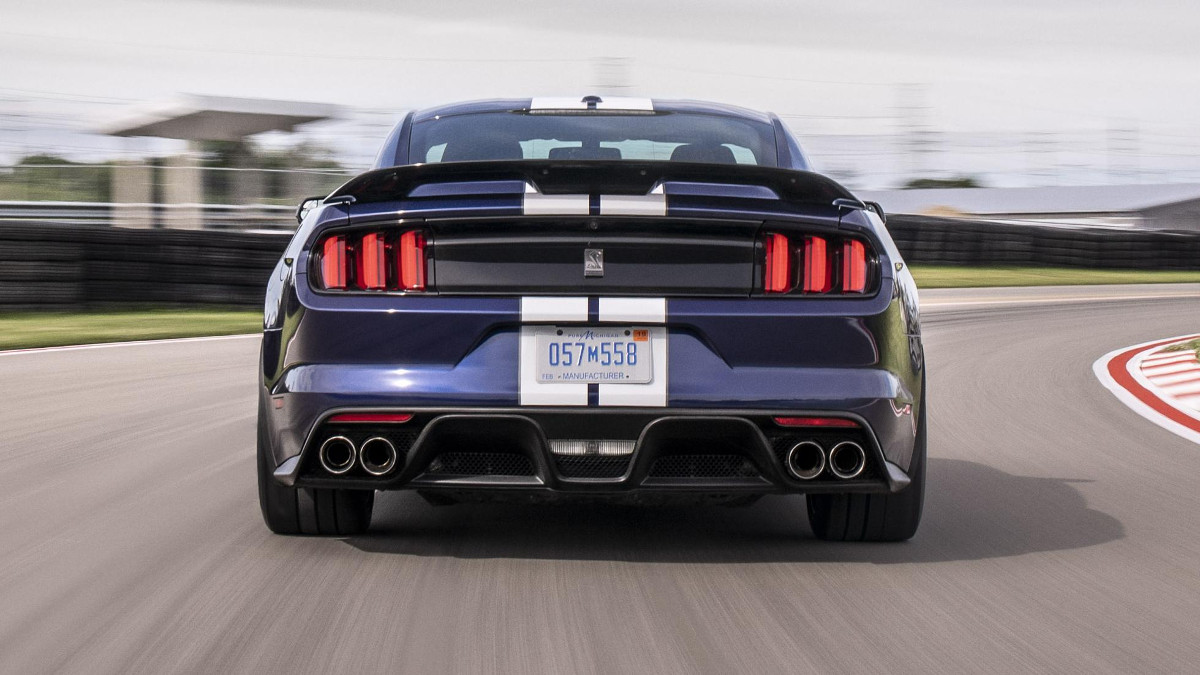 The GT350 comes with a manual, whereas it’s a dual-clutch gearbox in the big brother. The GT350, without the blower and the extra cooling and the lighter transmission, weighs 170kg less, most of it over the front wheels.

More revs, more pedals, less weight. Sounds like it could be more involving?

It is. The engine’s amazing, a barking animal as it swings beyond 8,250rpm, but still full of true muscle in the middle revs. Pickup is always immediate.

It’s got a sound all of its own, too. This crankshaft means each half of the V can fire evenly, which is better for revs and power. But it’s mechanically less balanced than the crossplane variety, so it doesn’t do the usual Detroit syrupy bubba-burble. But it’s not quite like a Ferrari blare, either, partly because of the way the pistons are arranged (up-down-up-down in each bank rather than up-down-down-up) and also the linking of each bank’s exhaust. Combustion nerdery there folks. 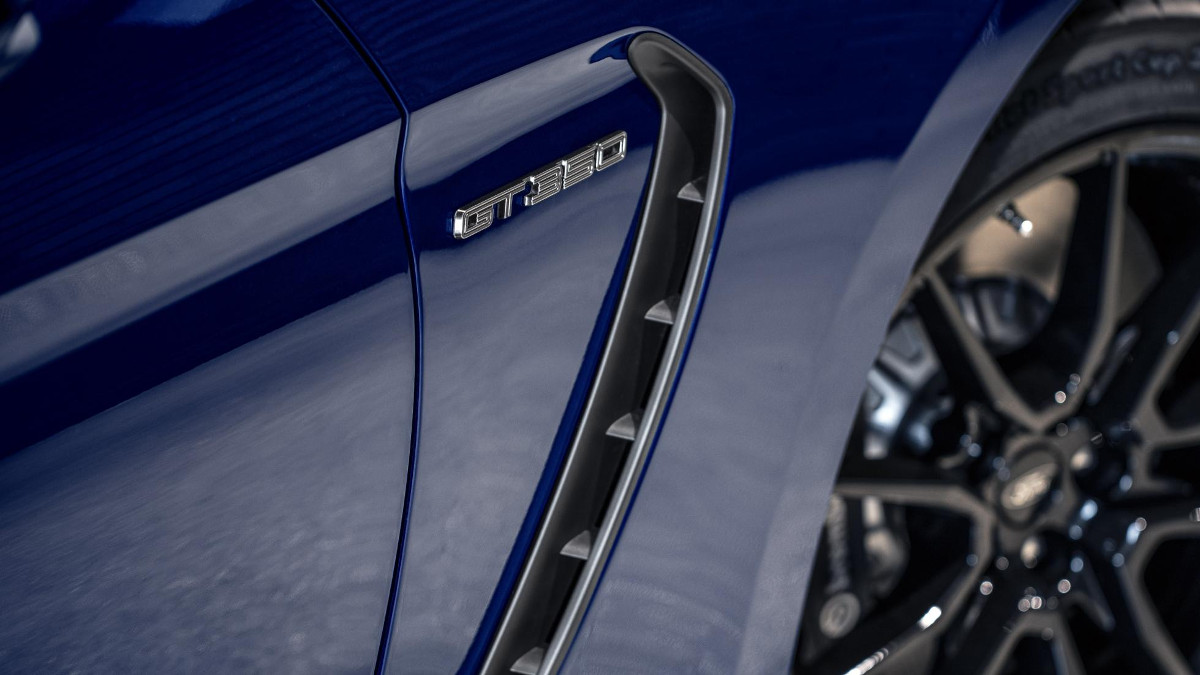 And as you drive, you’re paying attention to the powertrain, because you’re shifting the gears. The narrow gate lever is quick to use, but you need to be accurate. You know what? Get your gear and revs right, and it doesn’t feel a whole bunch slower than the supercharged brute. Mind you, neither is supercar-quick.

It’s precise enough, and well-balanced. But the main thing is grip. Absolutely colossal cling-on. To be honest, at road speeds, you never feel you’re giving it enough to do, so the sense of connection isn’t the very greatest. And it tramlines, adding to the effective width on scabby tarmac. It’s a car for American-sized roads, then. That said, it’s sharper and quick-witted on the road than the GT500.

Is it just for the weekend track rat? 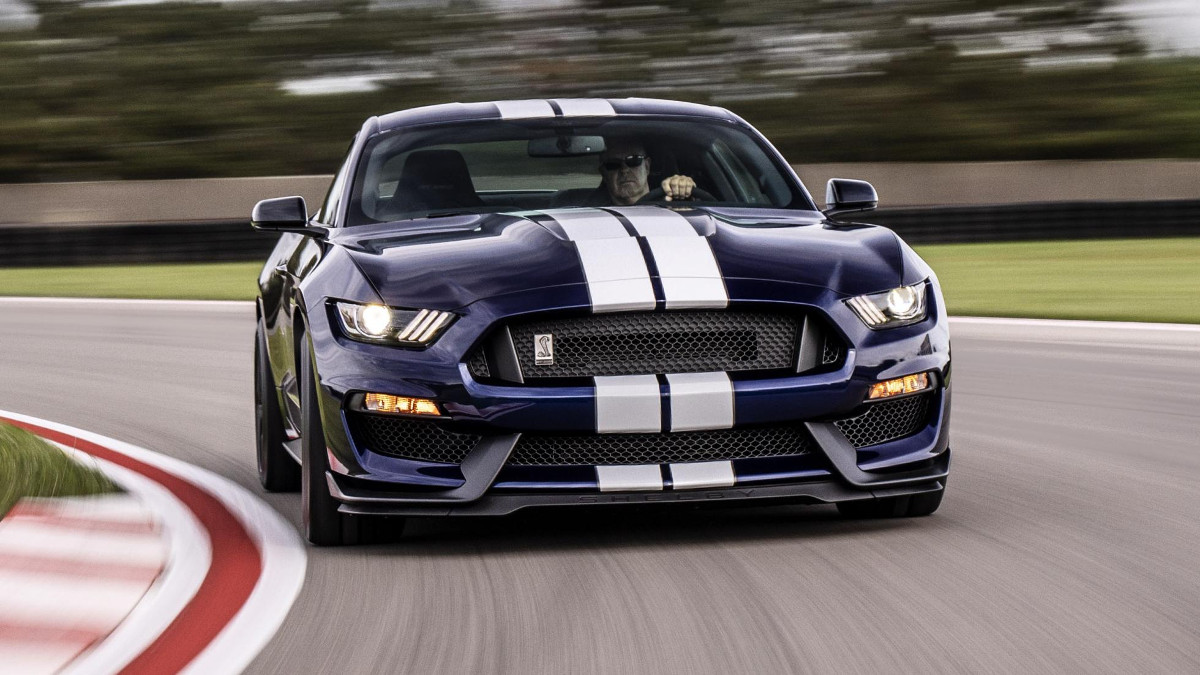 Nope. For that you need the even badder GT350R, which has extra marginal improvements that all add up—stiffer in the chassis, grippier in the tire, lighter in the wheel, stronger in the downforce. According to Ed Krenz, the engineering flame-keeper for the Mustang and other hot Fords, while the GT500 is obviously boss on the power tracks, a GT350R will beat it around tight, snaky circuits.

All these Shelby Mustangs have adaptive dampers, and in the GT350’s case, the ride is really very civilized. And it’s got most of the usual Mustang’s amenities. Seats are cushy, too. Keep the revs down and you can operate discreetly.

And, for the avoidance of doubt, it’s powered by gasoline?

Very, very much so. The Mach-E might be making news as one of tomorrow’s Mustangs, but the GT350, among all of today’s, certainly floats our boat. 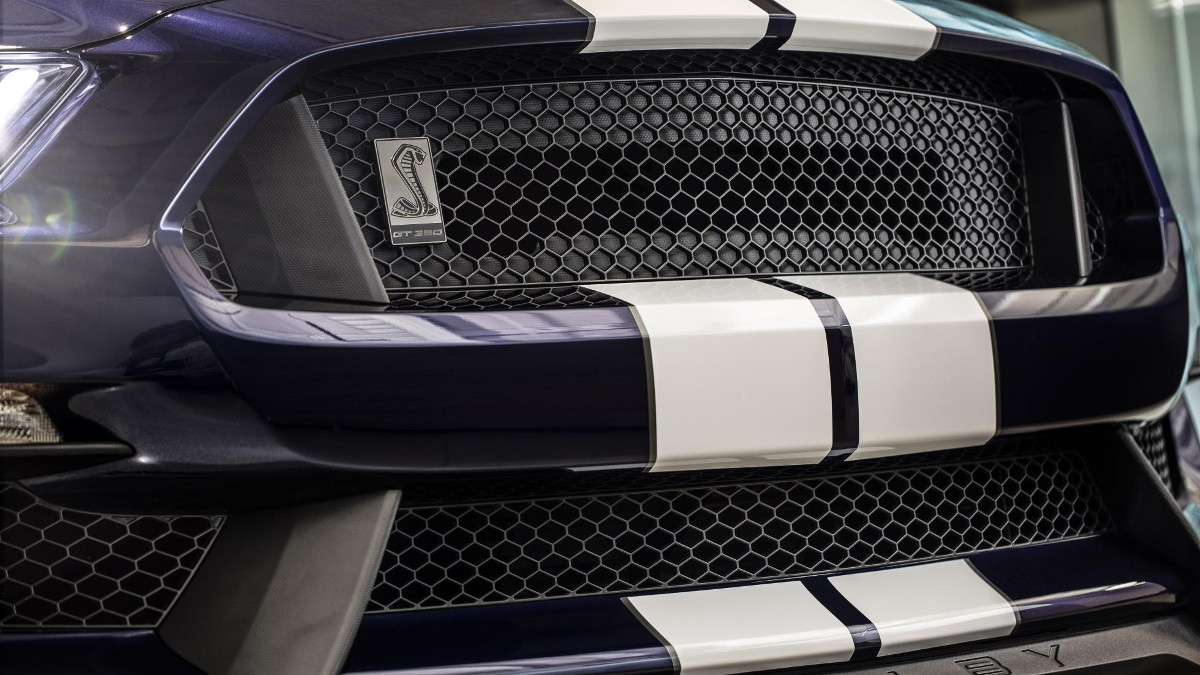 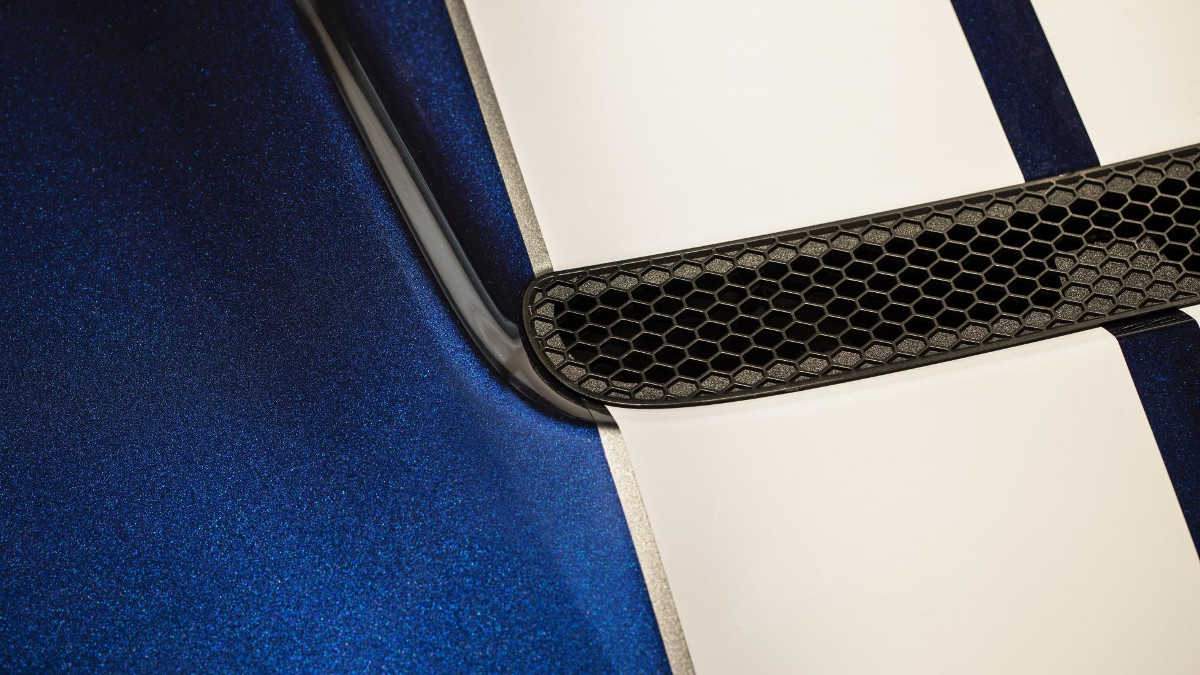 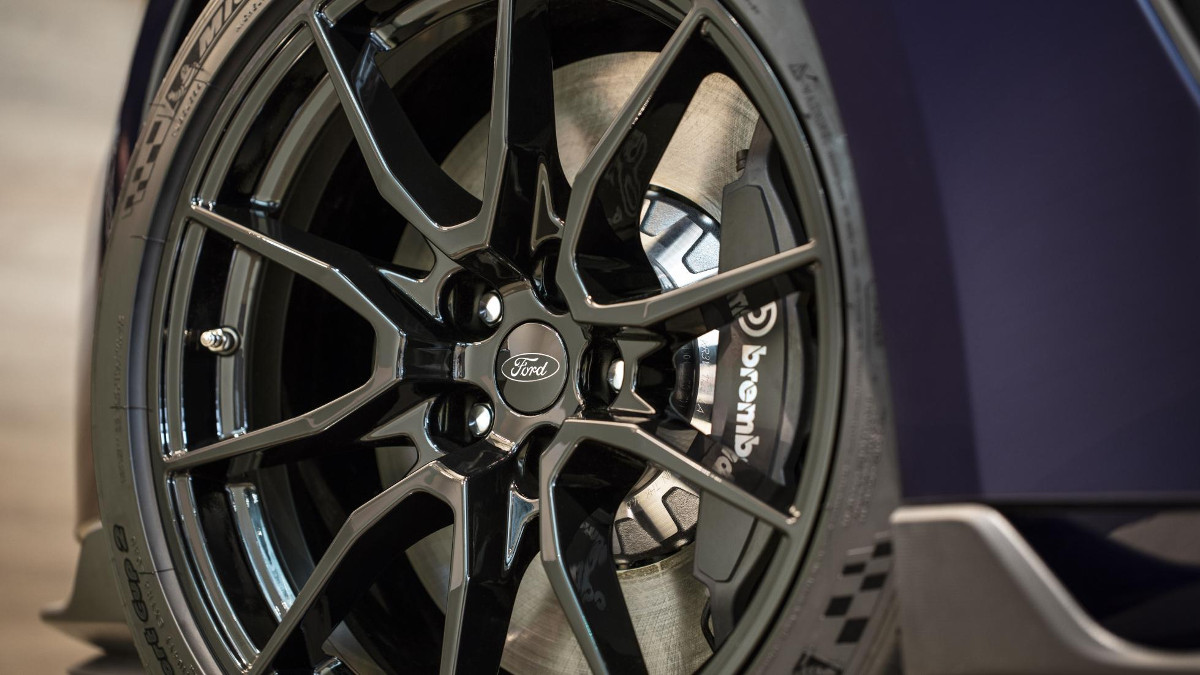 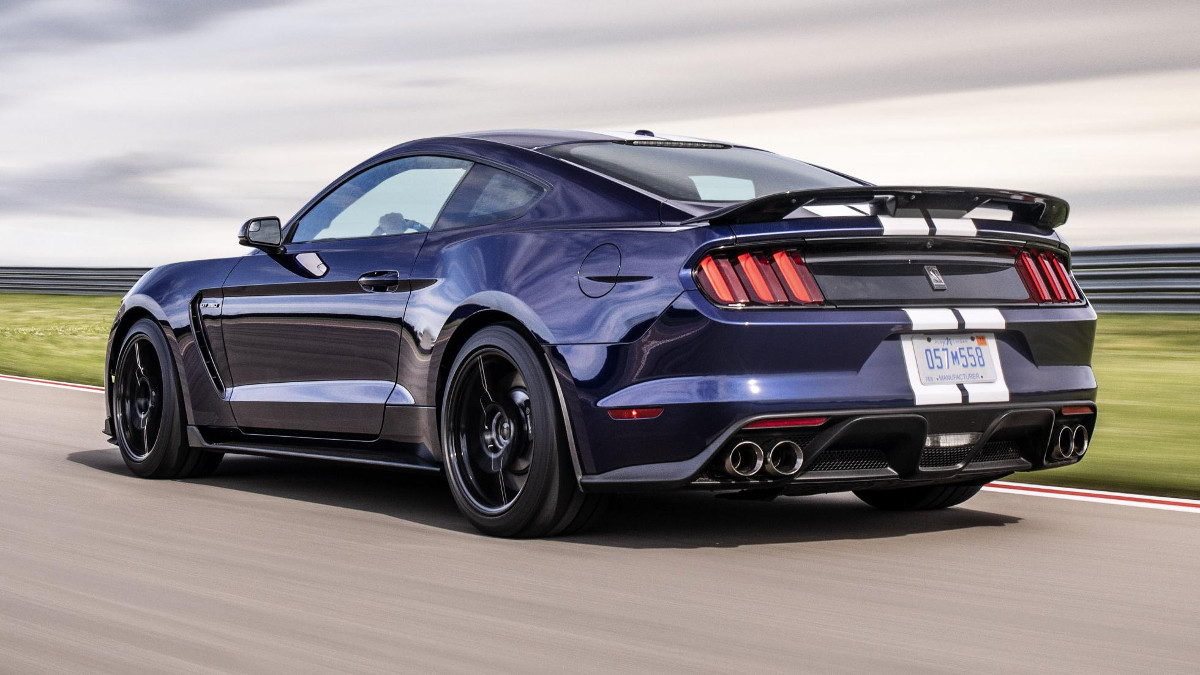 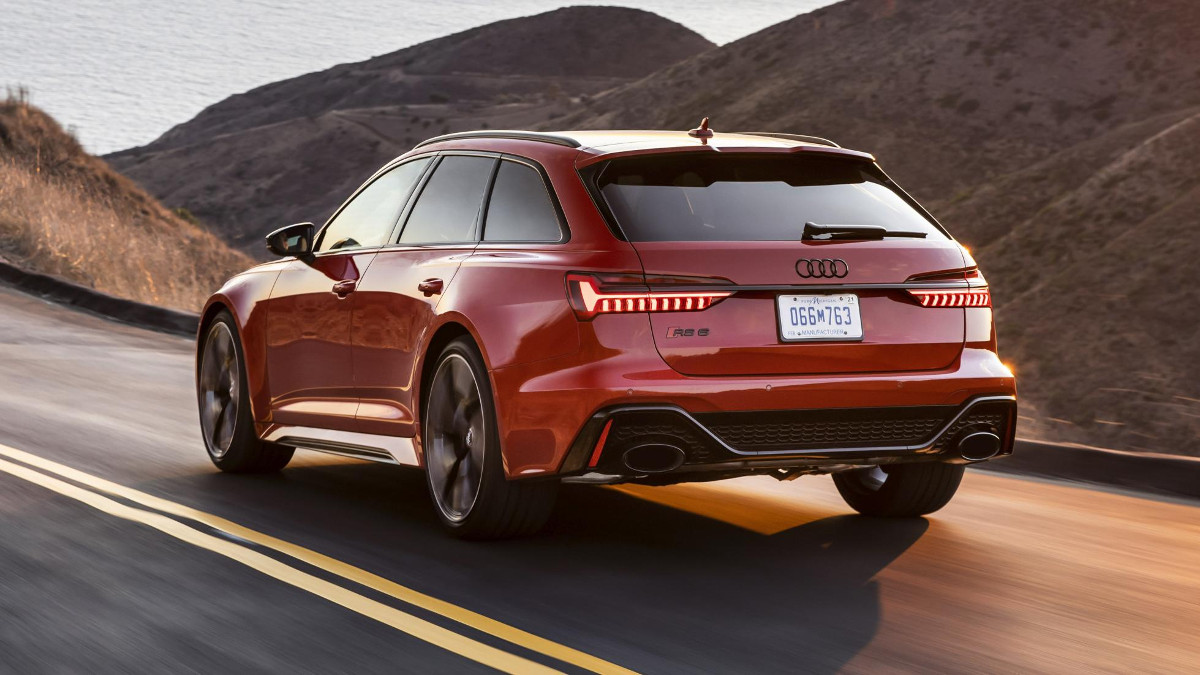 The 2019 Audi RS6 is a mad beast with manners
View other articles about:
Read the Story →
This article originally appeared on Topgear.com. Minor edits have been made by the TopGear.com.ph editors.
Share:
Retake this Poll
Quiz Results
Share:
Take this Quiz Again
TGP Rating:
/20