The 2020 Mercedes-AMG GLA45 S is a hard core crossover

The AMG badge has permeated almost every Mercedes model
by Paul Horrell | Jul 26, 2020
CAR BRANDS IN THIS ARTICLE 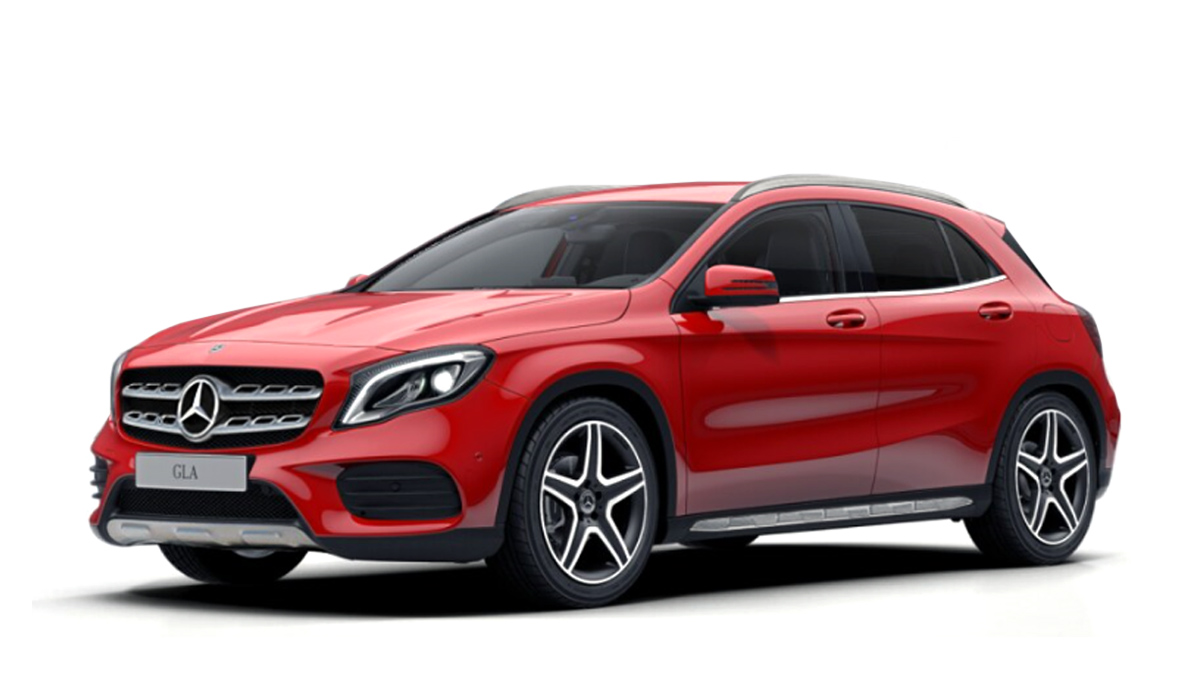 Yup, AMG remains determined to put chilli up the chuff of pretty much every Mercedes-Benz model. Although not every one. They’ve realized that a 400hp+ track-ready version of the B-Class minivan isn’t really a thing that’d have buyers queuing. Nor of the seven-seat GLB.

This, though, is a thing—the GLA45 S 4Matic+, a potent rival to the Audi RS Q3 and...oh, that’s about it. BMW doesn’t do an MX1, Honda passes up the chance to give us a HR-V Type R, there’s no Jeep Cherokee Trackhawk, and Toyota similarly resists a Gazoo Racing C-HR.

Are those other absentees doing the right thing by staying away, or has AMG found a seam worth mining? 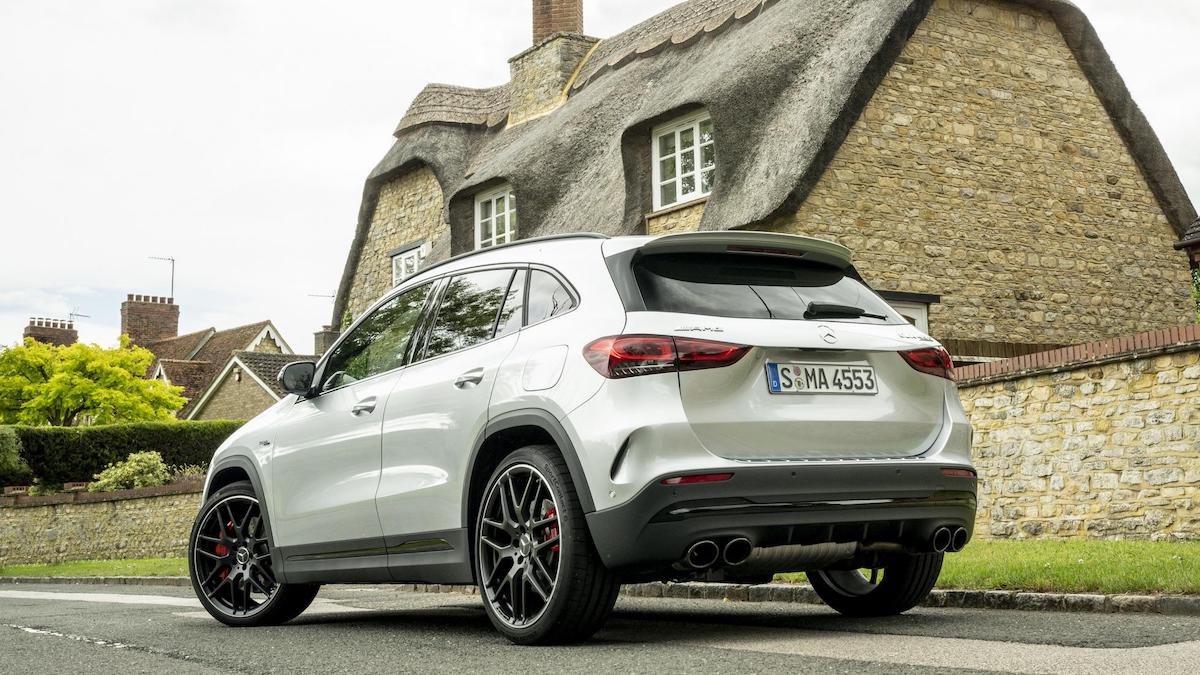 In the sense that there is real driver appeal in the AMG GLA45, yes. And in the sense that it’s usefully roomier and more practical than the hot-hatch AMG A45 on which it’s based, also yes. So, with reservations, I guess that’s yes-squared.

Run through the mechanics could you?

Sure. It’s a four-cylinder engine, all new for this generation of small AMGs. Power is a frankly astonishing 421hp from 2.0 liters. It has a twin-scroll blower. It’s fueled both by direct-injection for emissions and economy, and also port injection for power. It has a complex cooling system with separate pumps so the head can run cool (lower emissions) and the block warmer (lower friction). The turbo shaft runs in roller bearings. Like Ferrari’s. 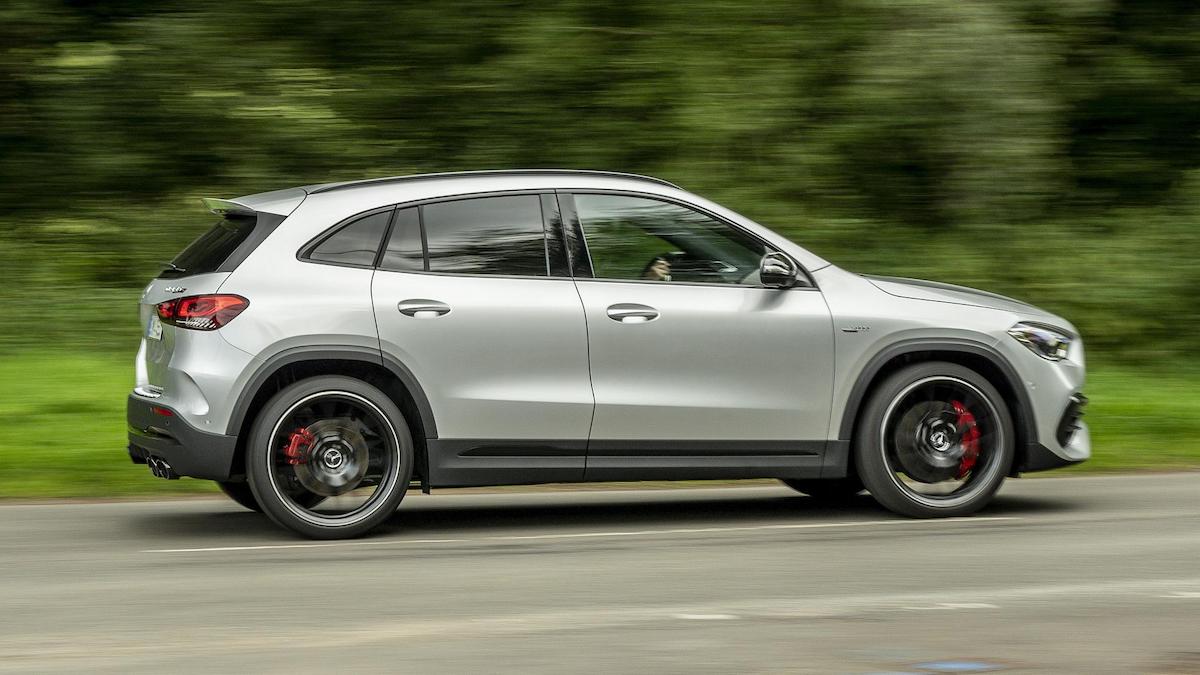 The transmission is an eight-speed double-clutch job. The rear differential isn’t a diff in the usual sense, but has an electronically controlled clutch pack for each wheel. That allows, once you’ve dialed up the settings on the nerdily complex mode system, a bit of driftery. (Those clutch packs are denoted by the + in the 4Matic+ badge.)

There’s more. Brakes have grown. In search of steering precision, the body is reinforced with an under-engine shear plate plus bay braces, and the subframes are rigidly bolted to the underside.

It has bucket seats, track telematics, yadda yadda. Pretty much everything from the A45 S hatch is here. No shortcuts in dynamics for the crossover. 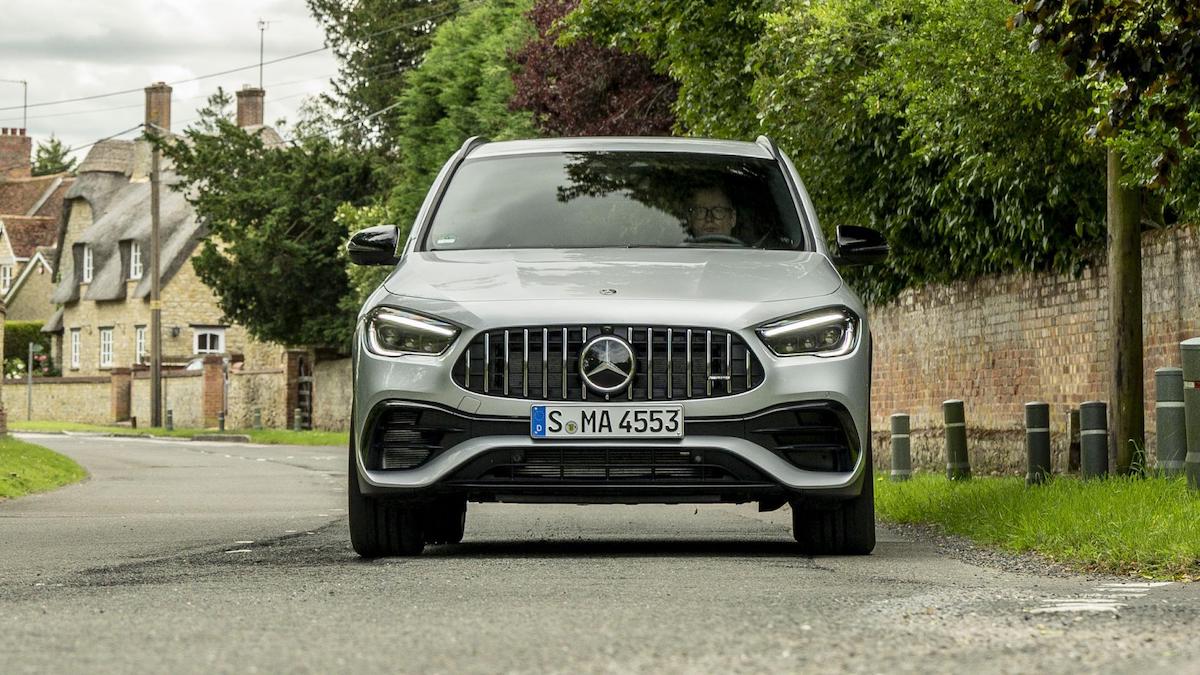 Well, 4WD and ground clearance tick the crossover boxes, but track-biased tires don’t. It looks taller and bulkier than the first-generation GLA, which actually was no taller than a Focus. The dash is deeper and boxier than in an A-Class, to match your higher throne. It’s really handily roomy front and back, despite having no more wheelbase than the A-Class hatch. So, it’s a family car. But if the family’s on board, don’t take corners at this car’s max.

On dry roads, I didn’t find out. The grip’s colossal, front and back, and I didn’t manage to breach it. Winding up the modes takes you through Advanced to Pro to Master, which would probably get a wriggle on if it’s wet or you’re in a track chicane. But all I got was lots of grip, progressive if slightly dead steering, and good balance. A little body roll is the main feedback. It’s enjoyable, if in a rather stern way. 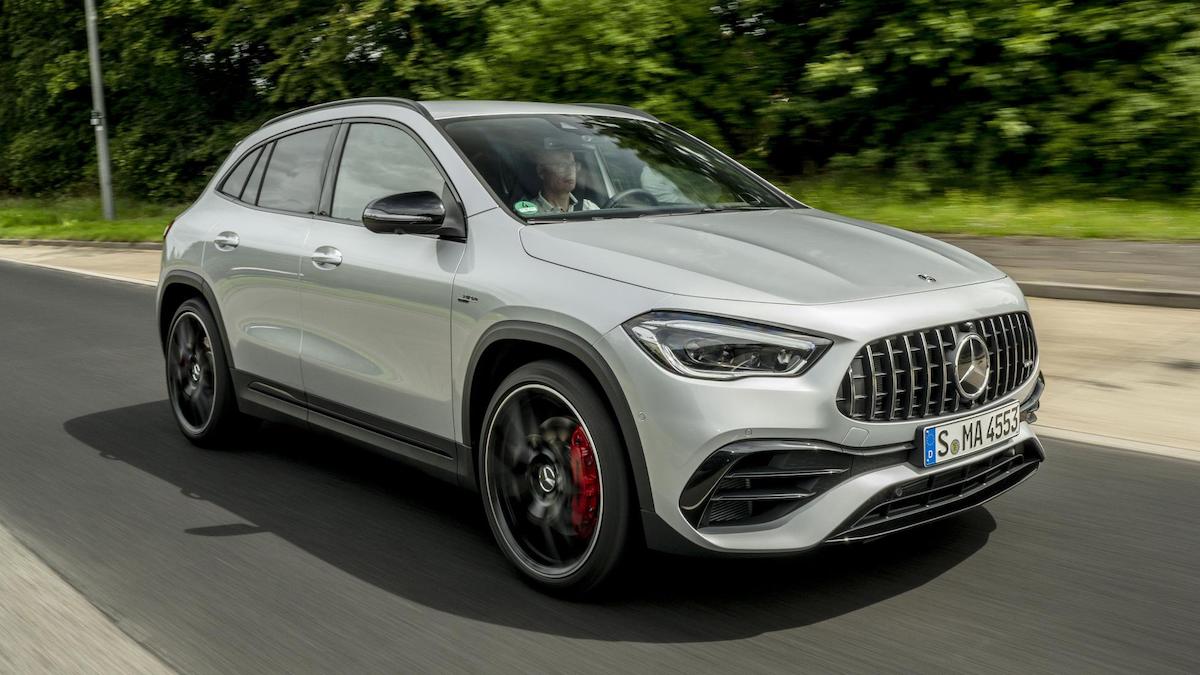 Far more interesting than most four-cylinder turbos, because of the way the power doesn’t just flatten off, but keeps rising with revs. Go to 5,000rpm and it’s rapid, to 6,000rpm and it’s seriously fast, to 7,000rpm and it’s brutal. If you can find 4.3sec to spare in your busy life, it’ll get from rest to 100kph.

You can separately configure engine mode from chassis mode, so I kept the engine and exhaust in normal (no need for farts and pops) and the damping on the softer side (it was bumpy thereabouts), but the vectoring a little more edgy. There’s a handy mode switch on the steering wheel, but once set up that way, I didn’t feel the need to switch between modes for different roads. It adapts itself to the conditions.

But you said ‘with reservations’? 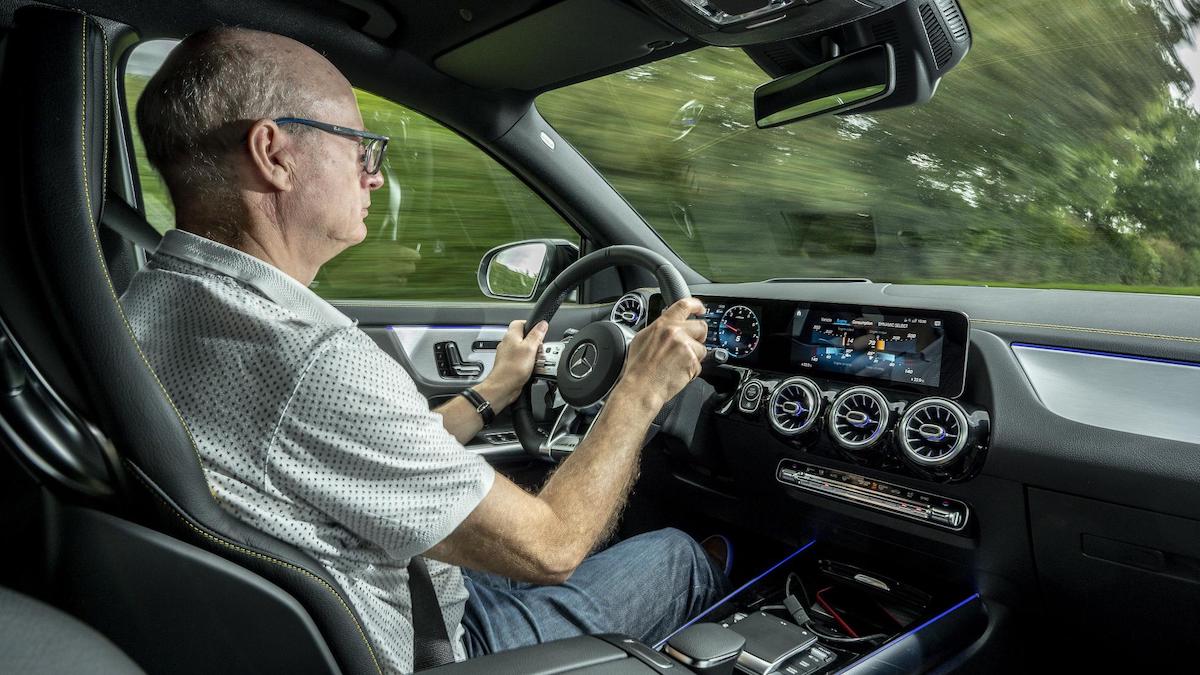 Well, although the ride is fundamentally more supple compared with many hot hatches, you suffer from a lot of lateral head toss because you sit higher. And the road noise is terrible, even at city speeds. Coarse highways are a real ear-bender, ruining the excellent stereo’s efforts.

The double-screen dash system has so many configurations, you’ll give up and settle on one. Then accidentally brush the steering-wheel touch sensors, change it, and nearly crash trying to find your old setting again. It’s even worse than the normal small Merc, because you have more options. Track apps in a crossover—sheesh.

Still, you can get a bigger, better resolved Porsche Macan Turbo for that. Just saying. 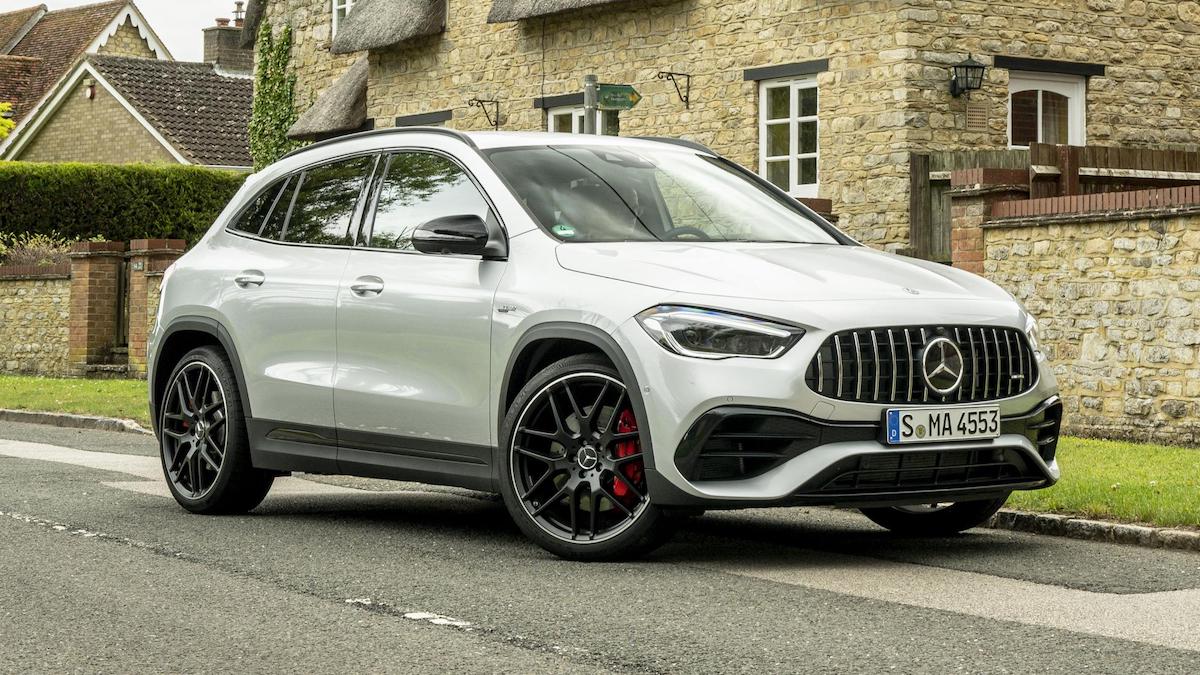 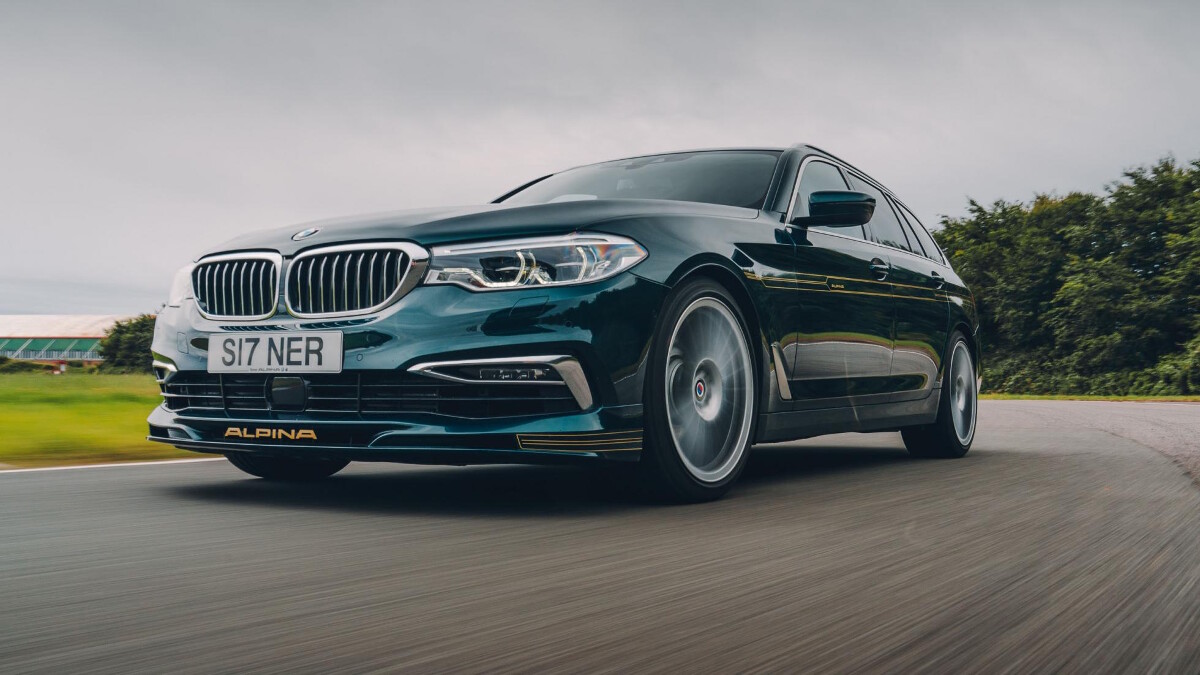 The Alpina B5 BiTurbo is the wagon of our dreams
View other articles about:
Read the Story →
This article originally appeared on Topgear.com. Minor edits have been made by the TopGear.com.ph editors.
Share:
Retake this Poll
Quiz Results
Share:
Take this Quiz Again
TGP Rating:
/20