First drive: For most people, the Mercedes-Benz GLA 250e will do nicely

But it’s far from the best small Benz out there
by Paul Horrell | Nov 29, 2020
CAR BRANDS IN THIS ARTICLE 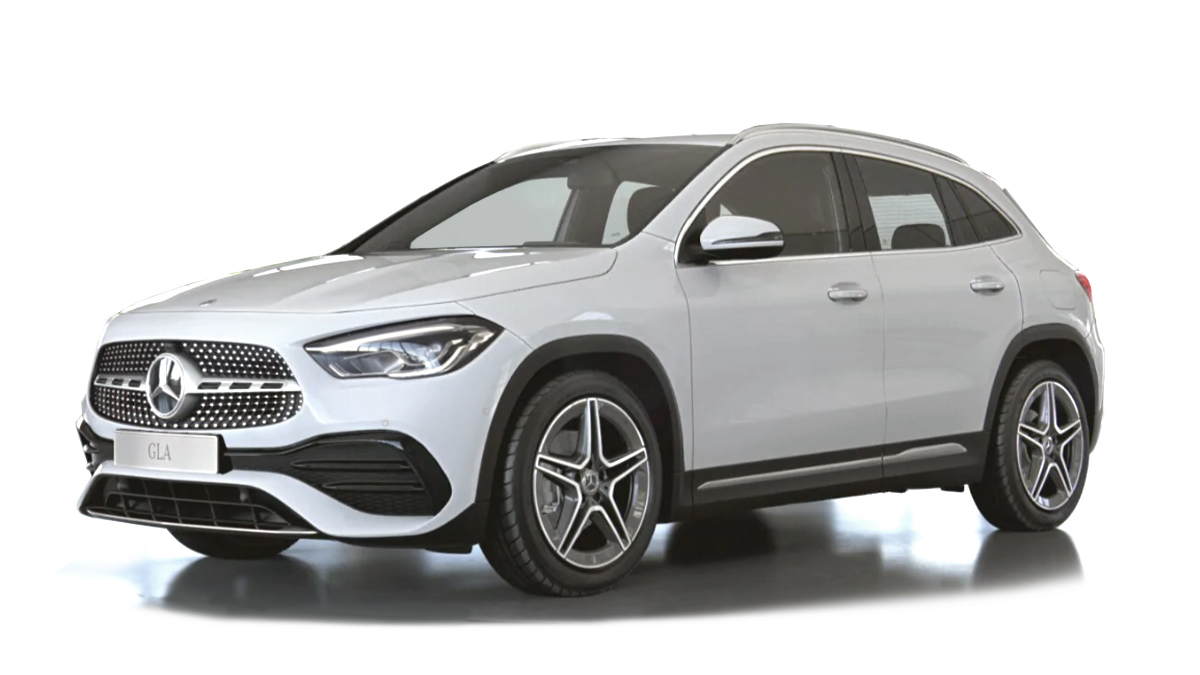 Yessirree. Or rather, ja genau. This is the three-pointed star’s take on the formula. Mercedes-Benz uses the umbrella term EQ Power for its plug-in hybrids, and they get an e in the badge. This is the GLA 250e. You can have the same powertrain in the related A250e, the B250e, the CLA250e, and the CLA 250e Shooting Brake.

Of what does it consist? 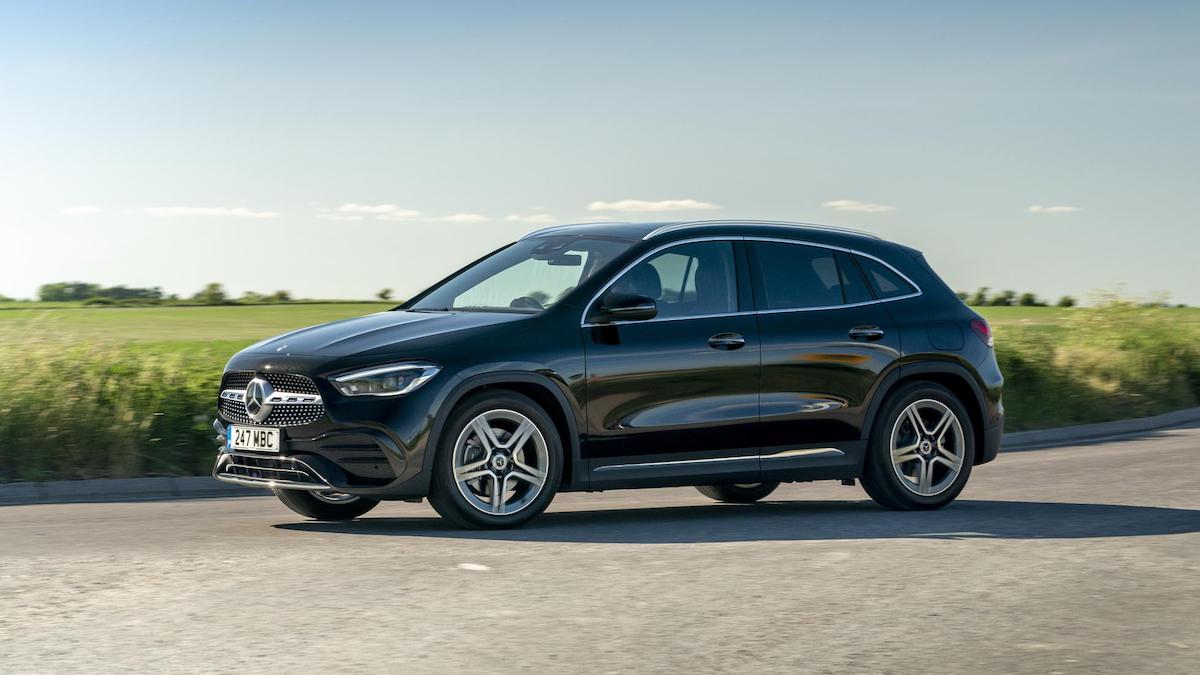 The usual Merc GLA bodyshell carries the 1.33-liter engine also used, without hybrid, in the 180 and 200 versions of the brand’s compact cars. But its 160hp of gasoline power is here augmented by an electric motor that’s mounted by the flywheel and drives through the transmission. That leaves a total of 218hp and 450Nm of torque.

Tucked in the back is a battery of 10.6kWh usable capacity. That gives a fairly useful electric-only range of 60km WLTP.

But note that because the motor drives through the transmission, this is front-wheel-drive only, whereas some crossovers have an electric motor to drive the rear wheels, too. Also, note that like in all the compact Mercs, the battery under the backseat means there’s no room for multilink rear suspension, so it’s torsion-beam only.

And how is it? 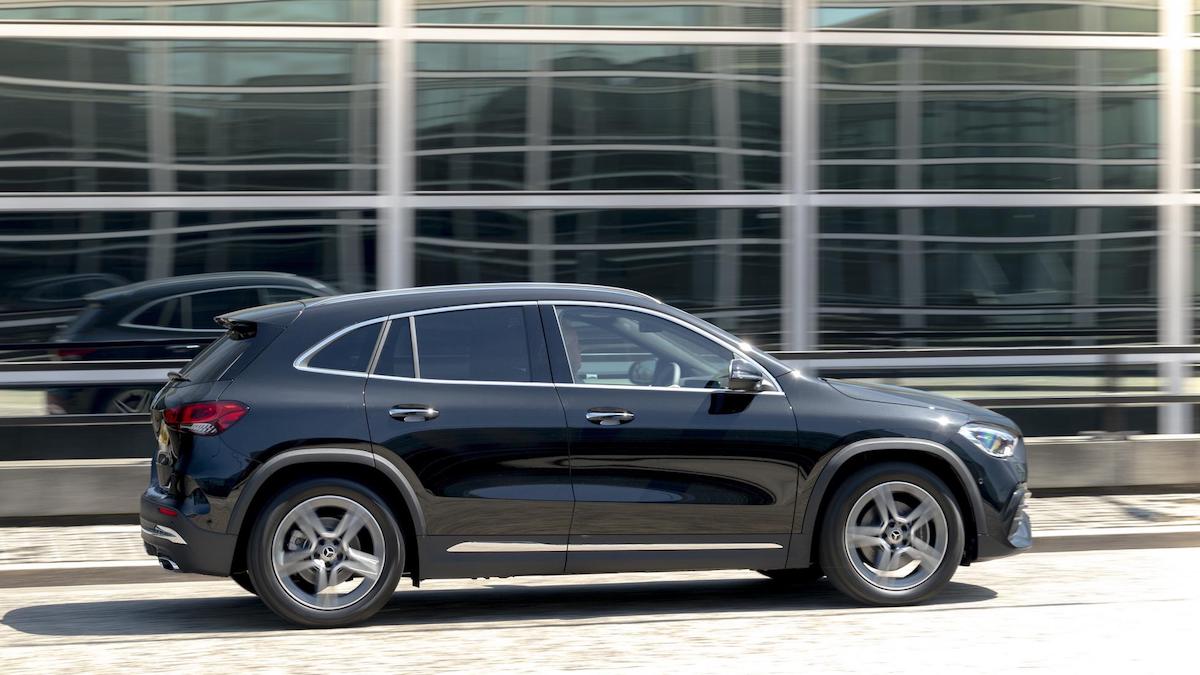 Not that great, if we’re being honest. All the compact Mercs are very spec-dependent: The small engine is wheezy, the torsion-beam suspension is bad for dynamics. So it proves here. But there is also good news.

Okay, let’s look at the hybrid system first. It’s efficient, which is much of the point. My experience shows you really could bank on 48km all-electric range, which a 7kW charger can give you in less than two hours. And the power of the electric motor alone is enough for most urban driving.

But it’s not very well-integrated. You feel the steps as the transmission changes gear, engine on or off. It’s especially noticeable as you slow down as the system harvests regeneration. 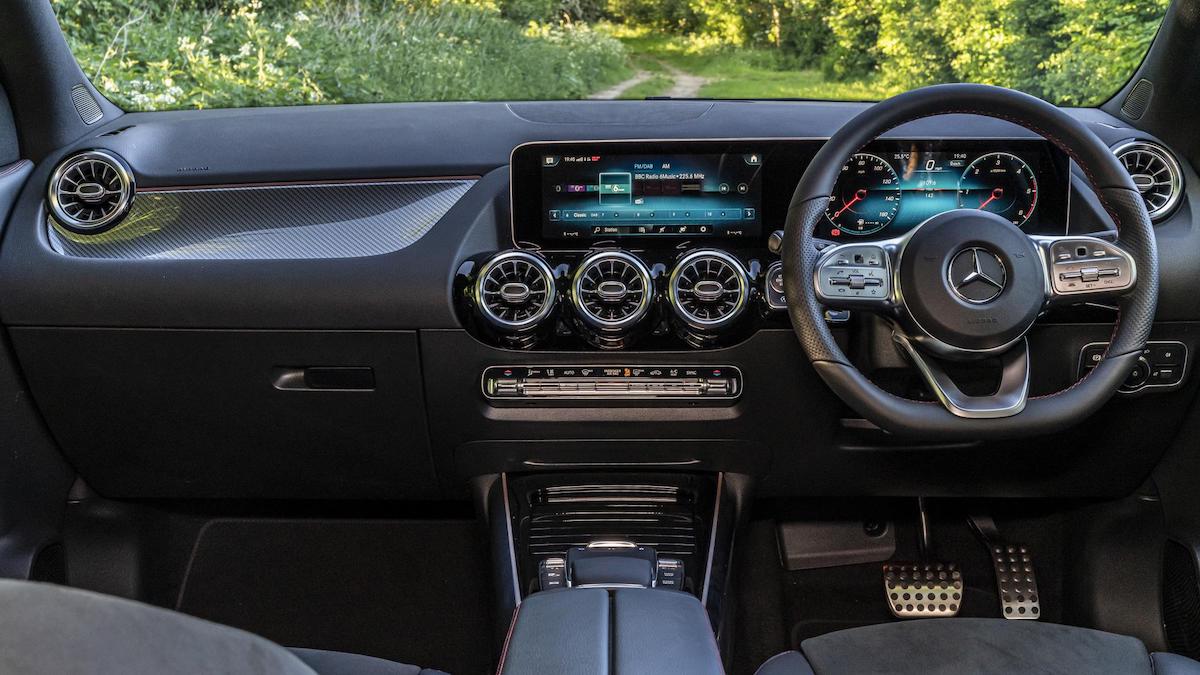 And if you’re expecting the whole combo to act like a 218hp hottish hatch, allow us to crush your hopes. Power delivery is messy, the transmission sometimes grabbing several downshifts with a bang. The engine is noisy when stressed. Not just noisy in comparison with the times it’s in electric mode, but noisy, full stop.

There’s torque steer if the surface isn’t smooth. And coarse tarmac or concrete brings up ride harshness and road noise.

So, a good car ruined?

Well, the GLA gets off to a fine start. It’s well-made and handsome. The seats are great. There’s a surprising amount of room in the back and the cargo area—even the hybrid battery hasn’t robbed that. It cruises solidly.

So, as both an urban and highway prospect, it’s fine, and that’s where most family driving happens. 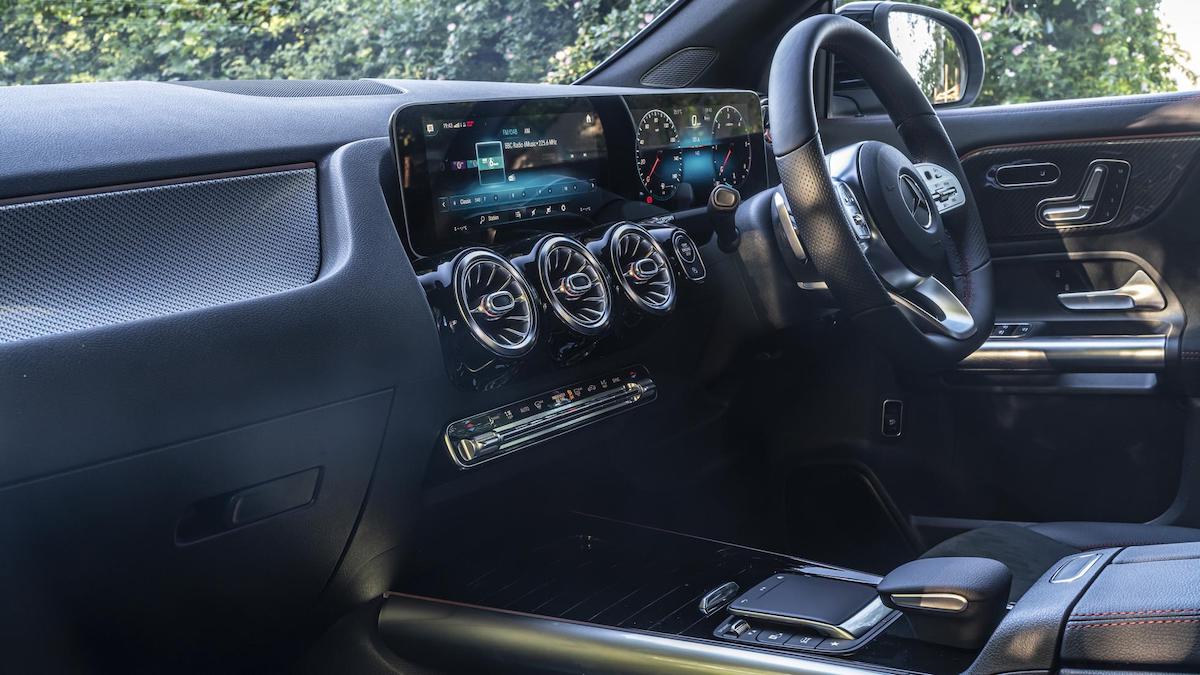 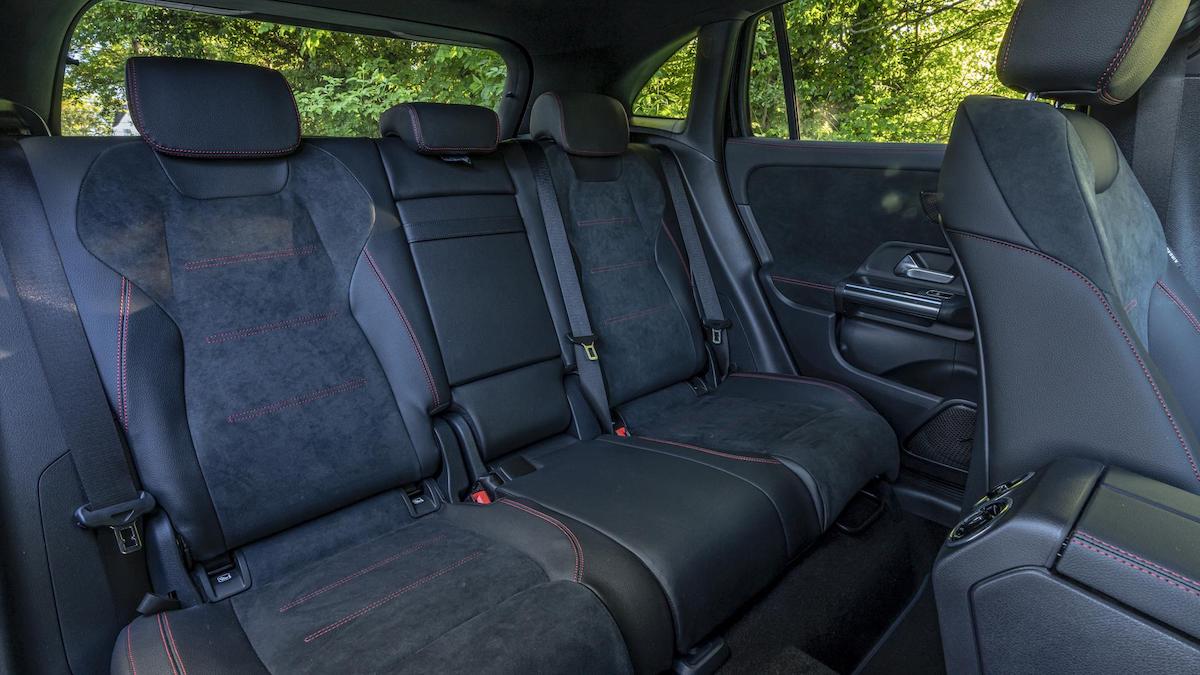 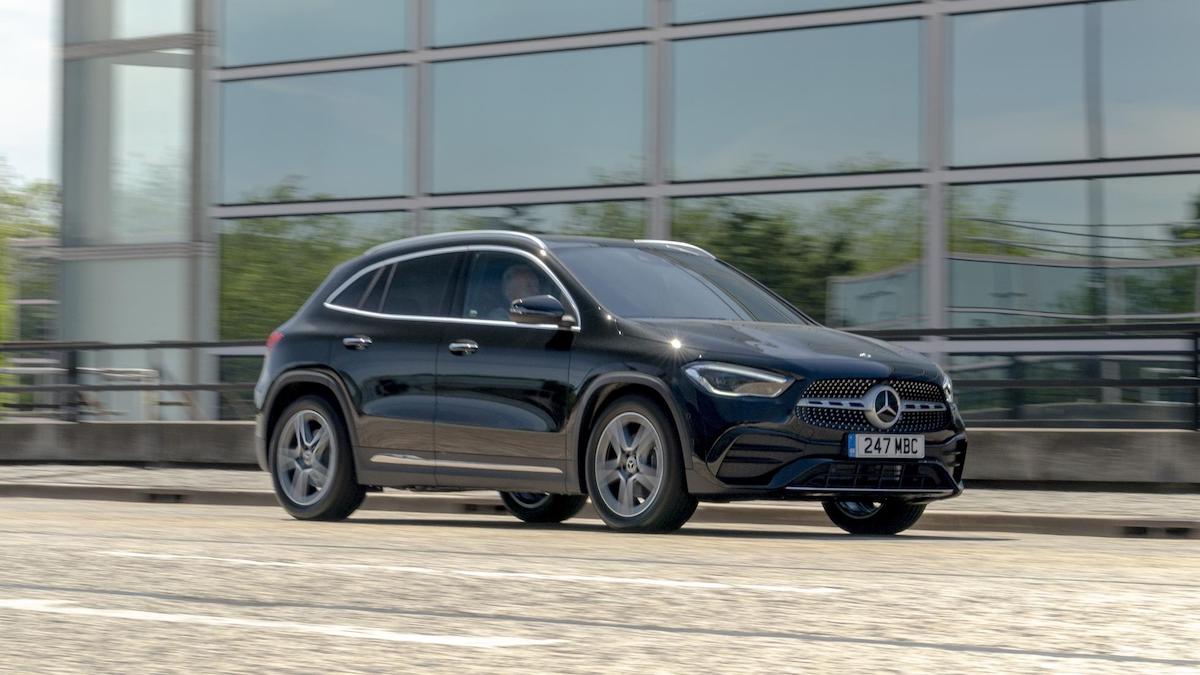 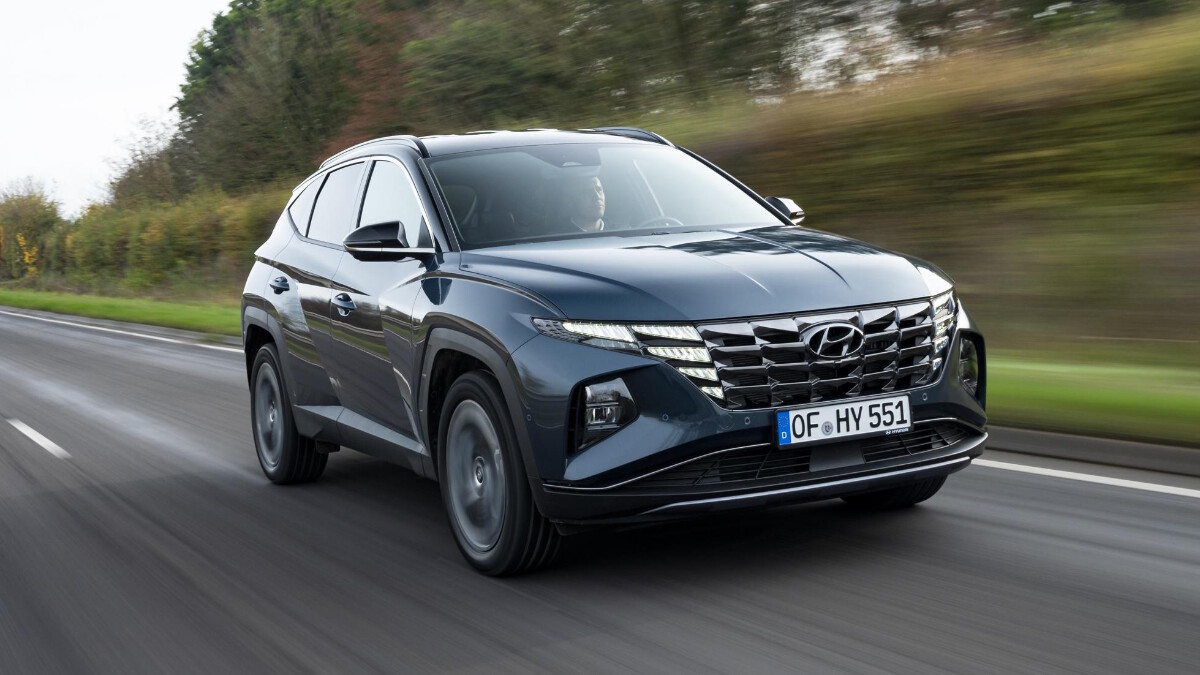 Review: The all-new Hyundai Tucson is plenty sensible despite its flashy exterior
View other articles about:
Read the Story →
This article originally appeared on Topgear.com. Minor edits have been made by the TopGear.com.ph editors.
Share:
Retake this Poll
Quiz Results
Share:
Take this Quiz Again
TGP Rating:
/20