The new Nissan GT-R Nismo defies expectation, and then some

The old car continues to offer something new
by Ollie Kew | Jul 9, 2019
CAR BRANDS IN THIS ARTICLE

This is the new new new new new Nissan GT-R. By Nismo. It’s a whopping 12 years since the R35 GT-R barged onto the scene and single-handedly created a whole new generation of Japanese performance car fans. Twelve years! It predates every Tesla ever made.

The GT-R is ancient. It’s a dinosaur. And yet, somehow, this old warhorse is till at the top of its game. It’s still a super-coupe benchmark, if you take your driving really, really seriously. Matching your racing overalls to your paintwork-seriously. 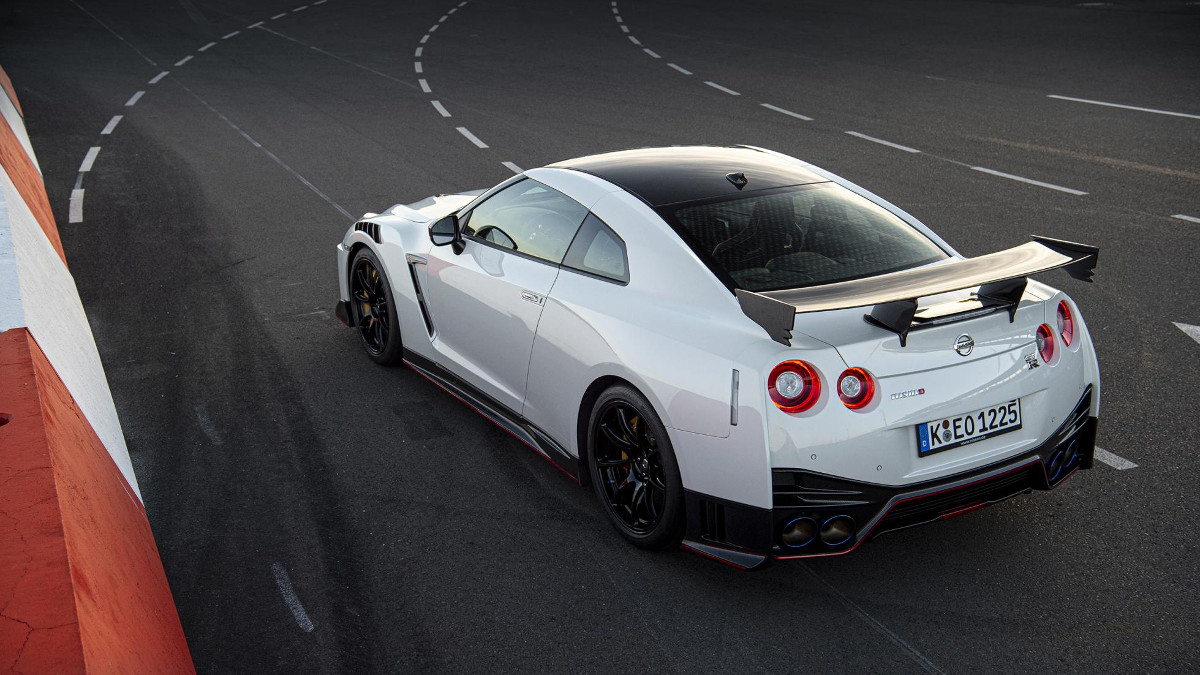 We’ve become used to model year updates for the GT-R, with tweaks to aero, styling, a bit more power, and so on. And you’d have been forgiven for thinking that after Nissan celebrated 50 years of the GT-R name with the stunning / hideous, part-gold Italdesign GT-R50, that would have been the last hurrah for this generation of ‘Skyline.’

Not so. The hardcore, racecar-inspired GT-R Nismo has had a thorough going over for the 2020 model year, and here’s what’s what.

Chief among the upgrades are new turbochargers from the GT-R GT3 racer. They have one fewer vane than before, so they’re 14.5 per cent lighter and spool up faster 24 per cent faster. A new backplate stops exhaust gases leaking behind the turbo to improve the airflow rate. There’s no quoted increase in power, but the reduced turbo lag makes the car quicker through the gears. And that’s the tip of a nerdy iceberg. 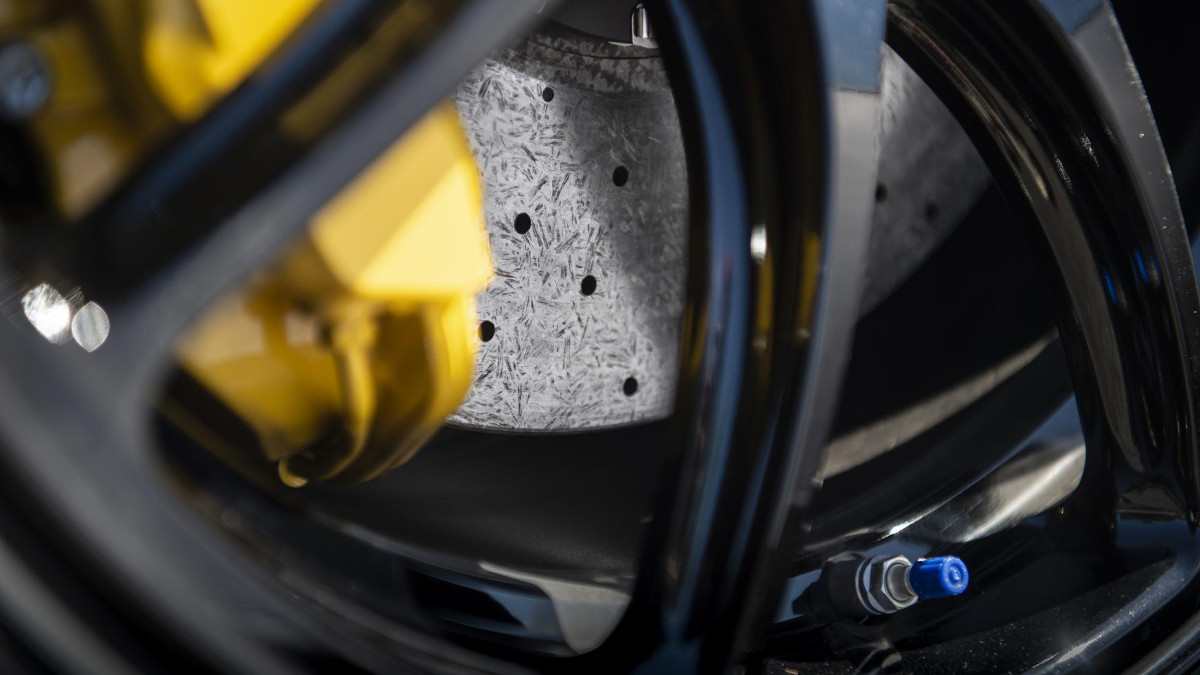 The 2020 Nismo GT-R has been fitted with 410mm front ceramic brakes – the biggest brakes ever fitted to a Japanese car, don’t-you-know. More to the point, this is the first production GT-R to get carbon-ceramic brakes as standard.

Porsche GT3 RS-style vents above the front wheels billow heat out of the engine bay and smooth airflow down the car’s flanks to make the rear wing more effective. More carbon fiber panels save 30kg in weight. The six-speed, twin-clutch gearbox’s R mode is more intelligent as an auto and shifts faster in manual mode. 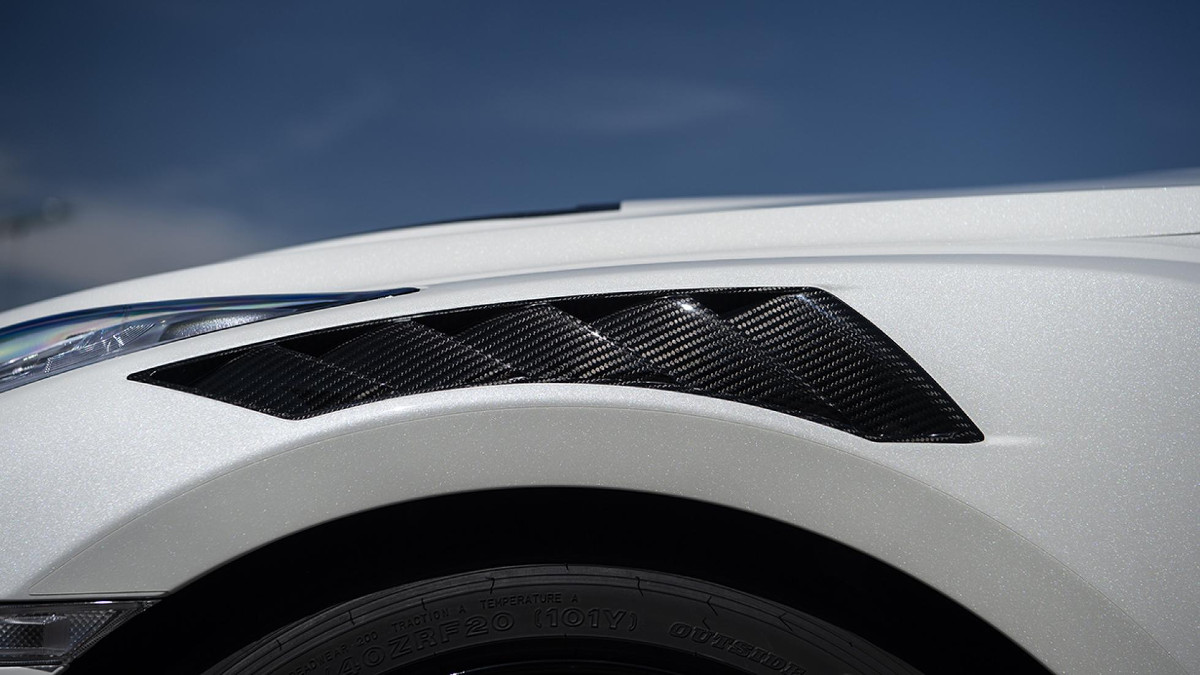 Nissan has even gone to town on the tires, which are wrapped in wheels now 100 grams lighter than before. The tires are a fresh compound and have one fewer groove in the fronts, to increase contact patch by a whole 11 per cent. The tire’s also a tad more rounded, so when you’re cornering really hard, more rubber is pressed into contact with the road, to generate even more grip. Nissan has many graphs and charts to show you that proves this. Trust us.

Oh, and because the car’s a smidge lighter, and has more grip, Nissan’s had to retune the Bilstein suspension to account for the tweaks. The depth of engineering and sheer attention to detail in keeping an aging heavyweight on its toes and swinging hard is just spectacular. Fabulously cool, if you’re a believer. Utterly futile, if you’re not. The GT-R remains one of Planet Car’s most divisive machines. But if you do get it, then there’s an awful lot to like about the fastest, more hardcore, most extreme and road-going GT-R yet... 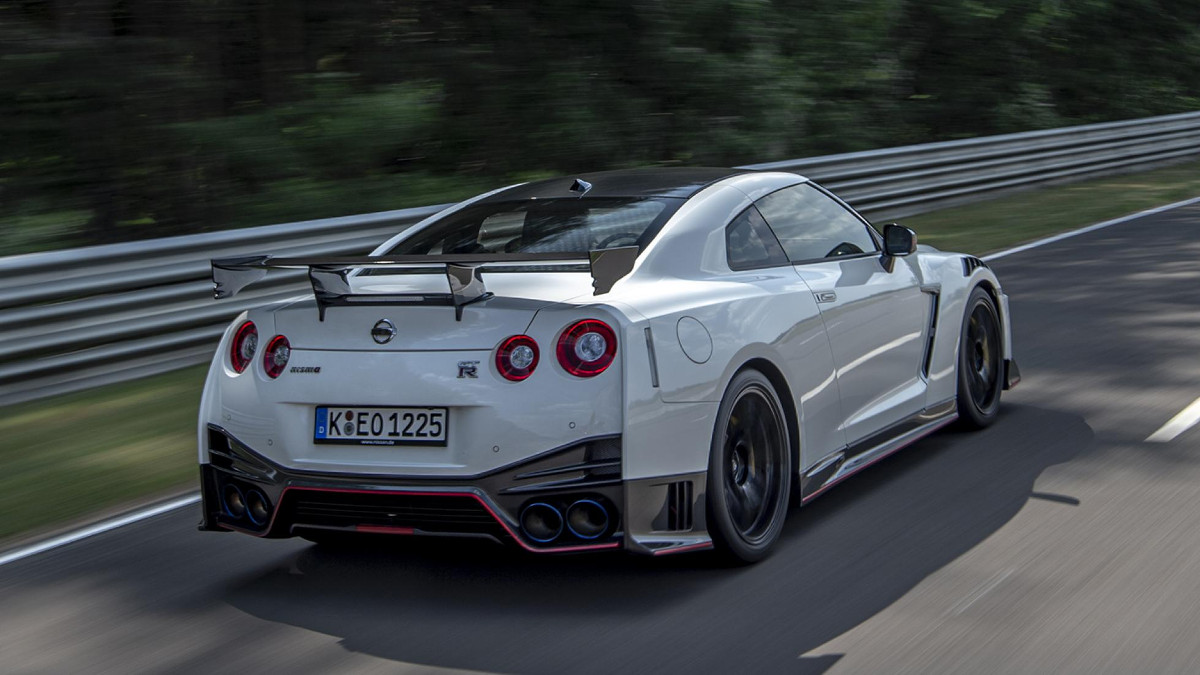 A GT-R is one of the strangest experiences you can legally have on four wheels. It’s turbocharged, it’s got four-wheel drive, and it’s got an automatic gearbox. So, as many people mistakenly think, it should be a blunt, easy-going, point-and-squirt device. In fact, it’s nothing like that. It’s palm-sweatingly physical. It’s raucous. Demanding. And when you harmonize with the car’s brain, it’s symbiosis. And addictively rewarding.

On the day we drove the MY2020 GT-R Nismo, Nissan sportingly brought along a three-year old example of a Nismo GT-R too. With the last-gen turbos, the old design of tires, steel brakes, and the previous gearbox ECU. When we first drove this version of Godzilla, we staggered away thinking there was no way Nissan would make it faster. It wasn’t possible. Wasn’t sensible. Not unless they were building a robot capable of withstanding the G-forces to drive it. 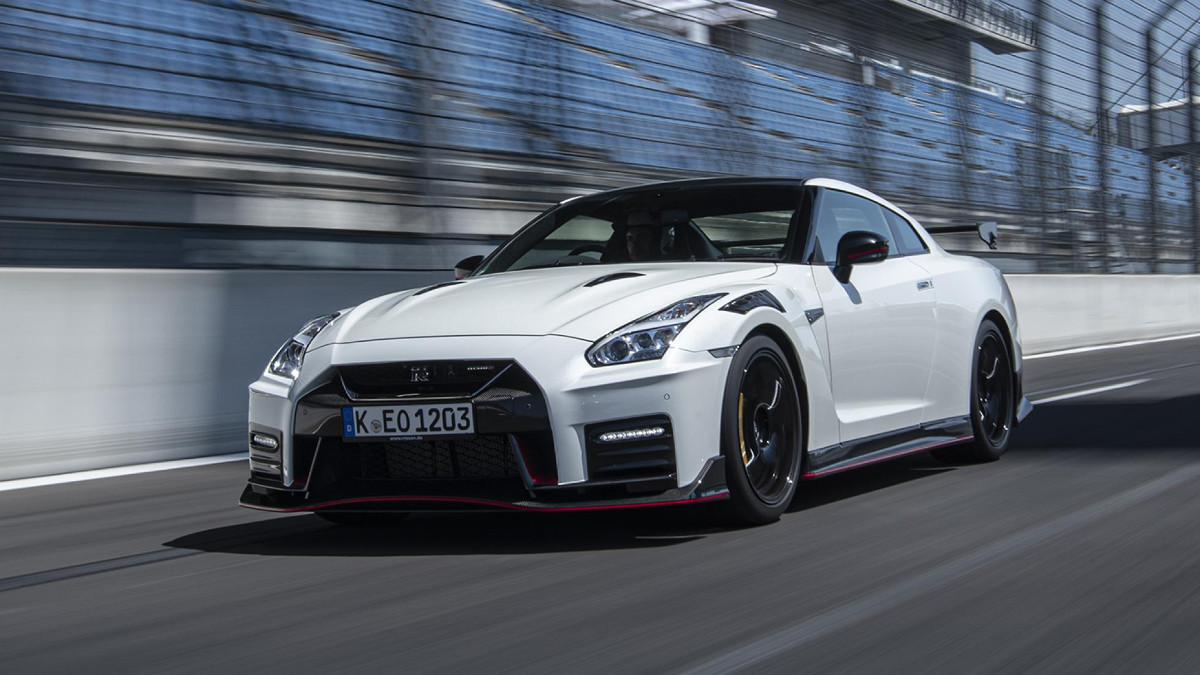 And yet, after five or six laps of the GP circuit at Germany’s Lausitzring, the new car’s incremental upgrades don’t just put daylight between it and its younger brother. It leaves it for dust.

Turn-in is crisper. There’s less understeer. The ceramic brakes don’t grumble (even though the old steels hold up outstandingly to fade). And best of all, when you’re learning a circuit, the gearbox’s Auto mode is brilliantly calibrated. In the old car, it second-guessed your throttle inputs and sometimes dropped out of the power band, or held onto a gear too long. The new one is hard-wired into your right foot and responds uncannily. Manual paddleshifting is more satisfying, but I seriously doubt it’s much faster, for most mortals.

The GT-R’s steering remains beautifully weighted and confidence-inspiring. The car disguises its weight magnificently. But with that stickier tire, and a dash less mass, it’s more obedient to steering input tweaks mid-corner. 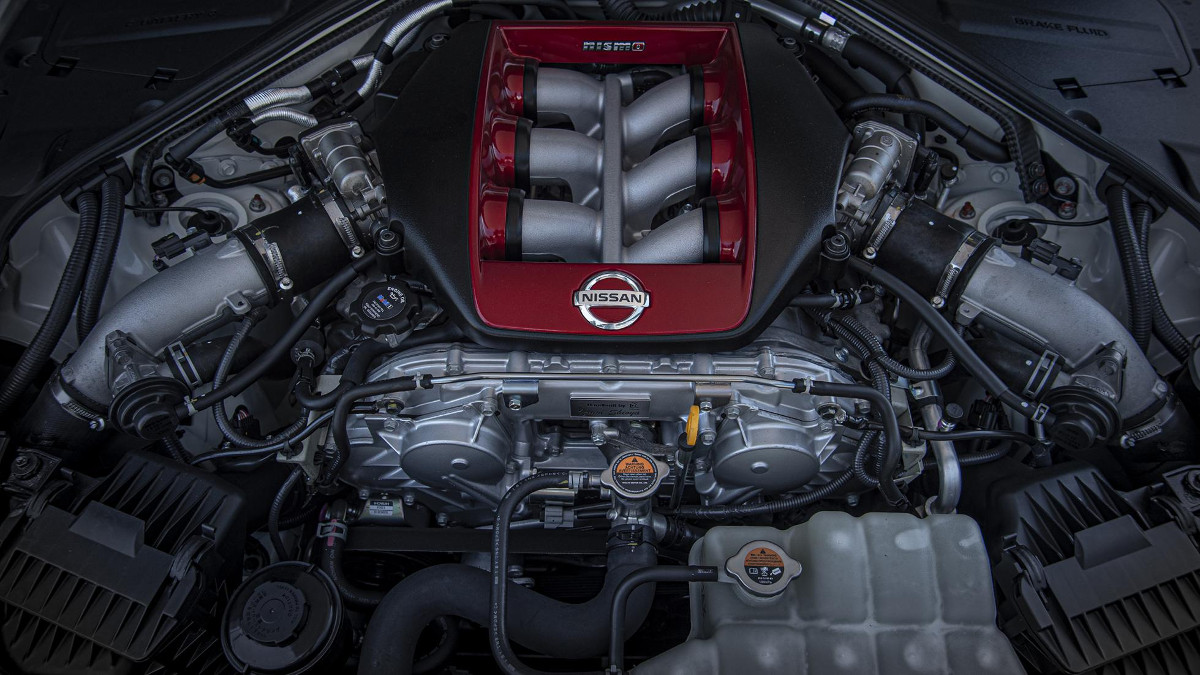 If the old GT-R was like a police dog – well-trained but a bit boisterous and hard to reign in, the new one’s a border collie. Intelligent, lithe, and less likely to take your arm off if you’re messing about.

I simply would not have believed that the list of changes on paper could make the Nismo so much sharper to drive, but still retain the physicality and meatiness of the experience, had the cars not been ready to sample back-to-back. I know we mock the GT-R, playfully, for being updated every ten minutes with a new ashtray and tweaked shade of grey. But when you pour all that attention to detail into a range-topping model and sum up the aggregate result, it’s a stunning piece of kit.

Since you’re gagging to ask, no, there’s no official ‘Ring time. And Nissan doesn’t intend to publish one. So, if you want to know how far under 7mins 30sec it’ll go, best buy your own and be brave. On the road, the changes are less apparent, because you’re never so deep into the car’s talent reserve. The reduced turbo lag is welcome, and the gearbox’s faster reflexes are a handy back-up if you’re too lazy to pull a paddle. The ride’s still punishing, same as it ever was, but the body control is superb and the brake feel stupendous. First time out, Nissan has totally nailed ceramics.

Oh, and if you’re heading to an autobahn, try not to pay too much attention to how much the carbon hood flexes as you thunder past 270kph… 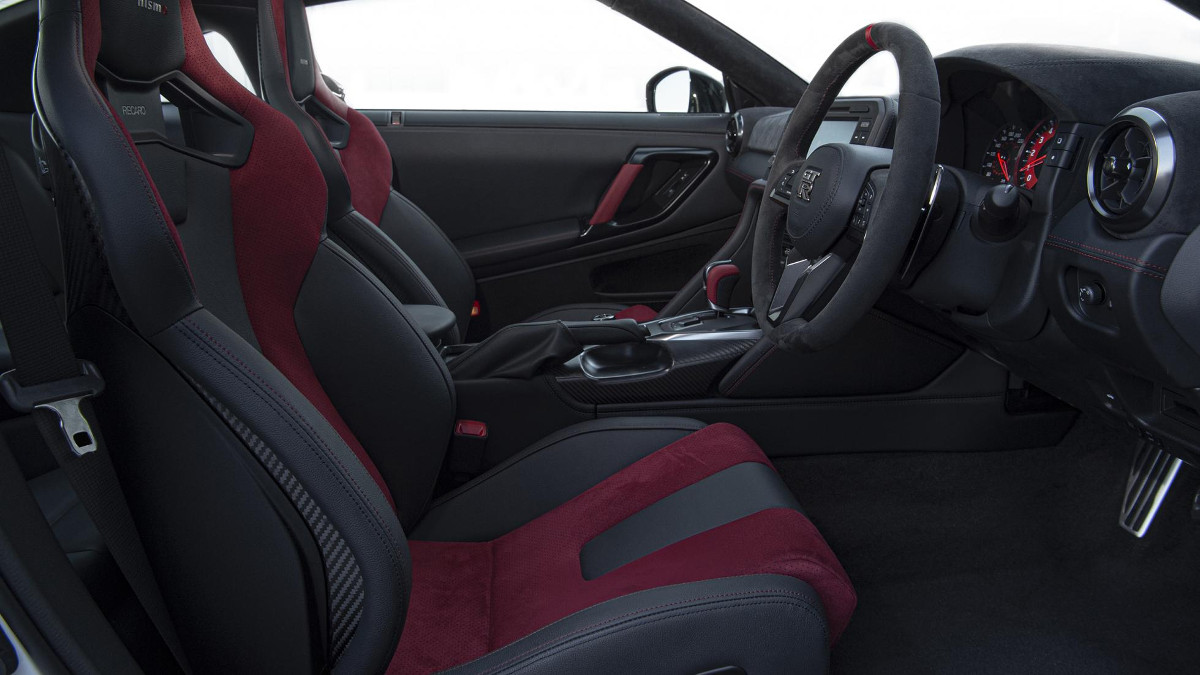 The GT-R itself is a 12-year old car, but sensibly Nissan gave its cabin a massive overhaul a couple of years back, so it’s not wrinkling as dreadfully as you might have feared. The minor switchgear feels a bit ex-Qashqai, sure, and the touchscreen doesn’t have the sharpest graphics, even on its famous multi-graph screen showing differential oil temperature, boost pressure, and so on.

But you know what? As sports cars get ever more complicated inside, some of ye olde GT-R features are quite welcome. It has proper dials, not a screen, for one thing, and they’re dead easy to read. The climate controls may well be Micra-spec, but that means they’re easier to grasp when you’re being hurled along at warp factor nine. 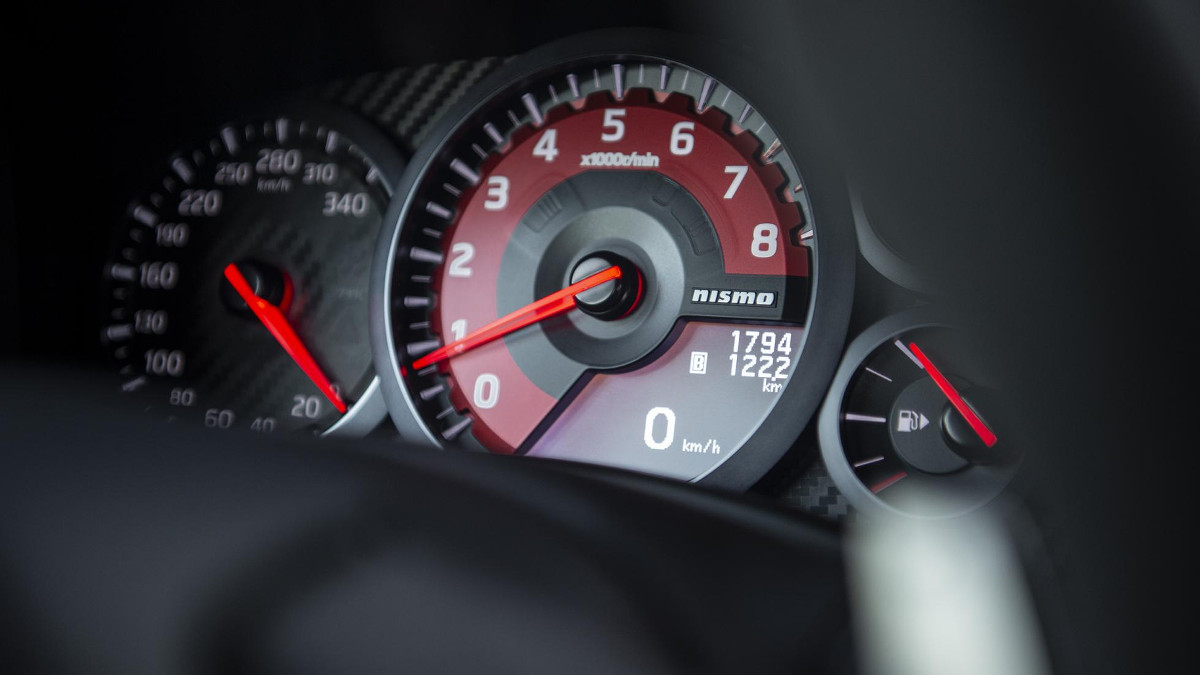 And even though this is the hardcore Nismo GT-R, you don’t feel like you’ve had the bailiffs in to take away all of the equipment. There’s dual-zone climate control, Apple CarPlay, automatic lights and wipers, and even the lightweight Recaro bucket seats (which are fabulously comfortable and supportive, if not as low as we’d like in the car) have electric backrest adjustment, for some reason. Surely in a car so obsessed with weight-saving they’ve created bespoke alloy wheels that save 100g each, it would have been easier to pop the seat motors in the trash?

For the Nismo, you get a sueded steering wheel, Nismo badges on the dashboard and center console, and that’s about it. The GT-R doesn’t do titillation. Get in, belt up, and go.

It’s still a proper 2+2-seater too, which gives this car a real USP against the likes of the Mercedes-AMG GT-R Pro and any Porsche 911 GT3 RS or GT2 RS. The slicked-back roofline means you won’t be seating adults in the GT-R’s back seats, but you could do the school run, no problem at all. 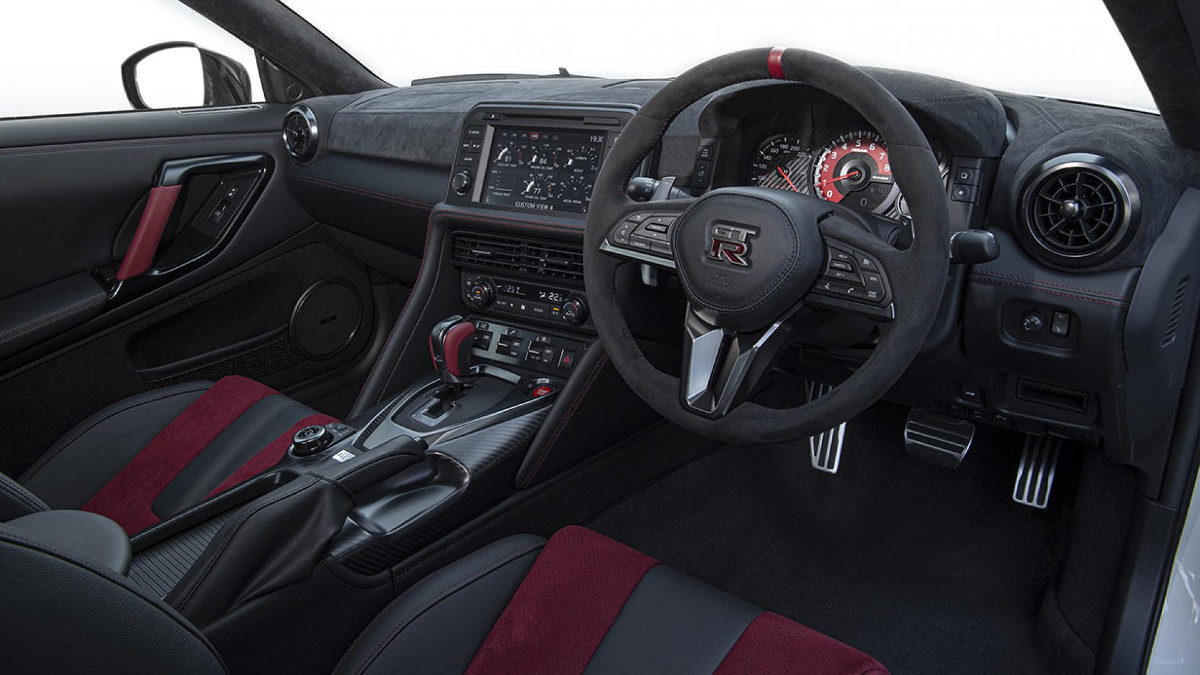 It even has a deep trunk under that carbon trunk lid and giant rear wing, which blocks a good chunk of your back window view. Not that you’ll need it that often. Makes a great picnic table, too. Just remember to serve lunch after attacking corners. Definitely not before. 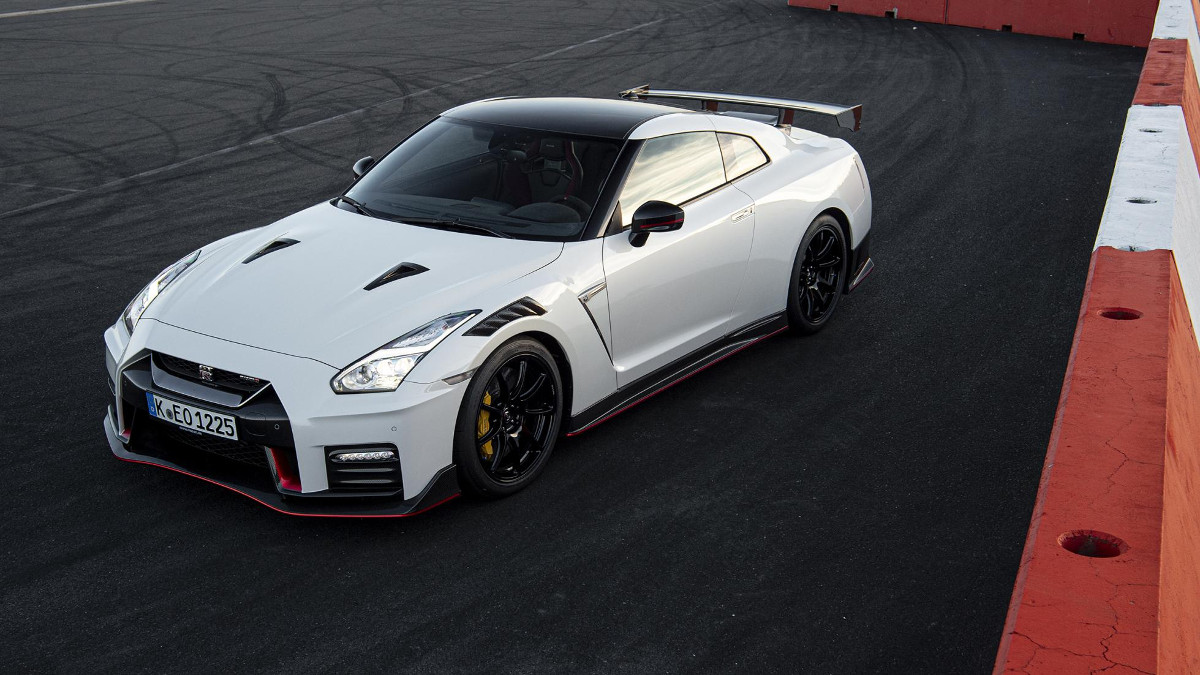 Normally when a car company says ‘our car has no rivals’ we scoff and immediately think of five, because that’s usually wishful thinking from a car company who knows it doesn’t make the best car in its class. But with the GT-R Nismo, it genuinely is out there on its own.

There are other track special super-coupes, from Porsche, AMG, and others, but in having a front-engined layout with a well-appointed cabin and space for four, and four-wheel drive for all-weather dependability, the GT-R Nismo is a true outlier. A Jag F-Type SVR wouldn’t see which way it went. So is it perhaps closer to an E63 or M5? Tamura-san says the E63 is a great car, but not a benchmark, because it’s more of an everyday car with extreme performance added on, not a ground-up performance car. 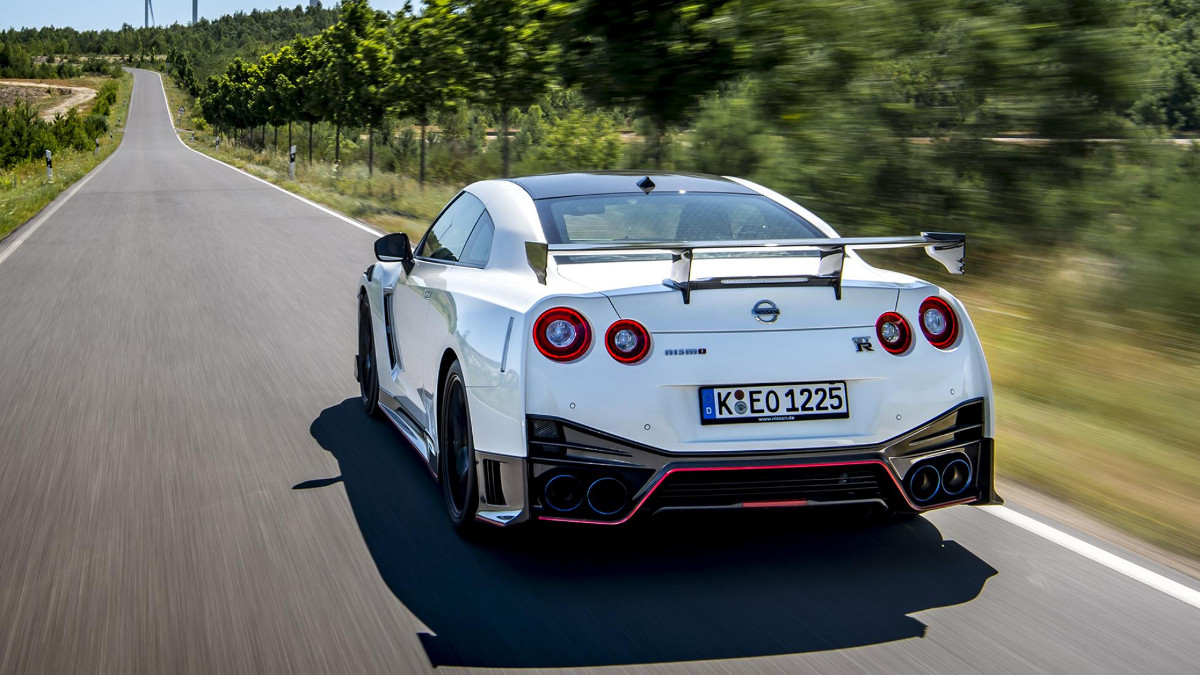 The Nissan is rougher around the edges on first impression: it graunches and grinds and rumbles around town. But on a track, it morphs into a laser-guided weapon. And on the road, it’s so monstrously capable you can quite see why people get hold of one then immediately need to tune it. There’s a sense of ‘and where is the limit, exactly?’ to this extraordinary veteran’s superpower abilities.

Leave your ‘it’s only a Nissan’ prejudices at the door. The most sorted, most honed GT-R ever is a fantastic example of what can happen when engineers are left alone to tinker and perfect their art. You’d think that by now, it’d be diminishing returns, but back to back, the latest GT-R Nismo walks away from a three-year old version. That’s the pace of progress. It’s a GT-R, only more so, and the performance car world is a richer place for this gruff supercar-killer existing, and getting up the German aristocracy’s noses. 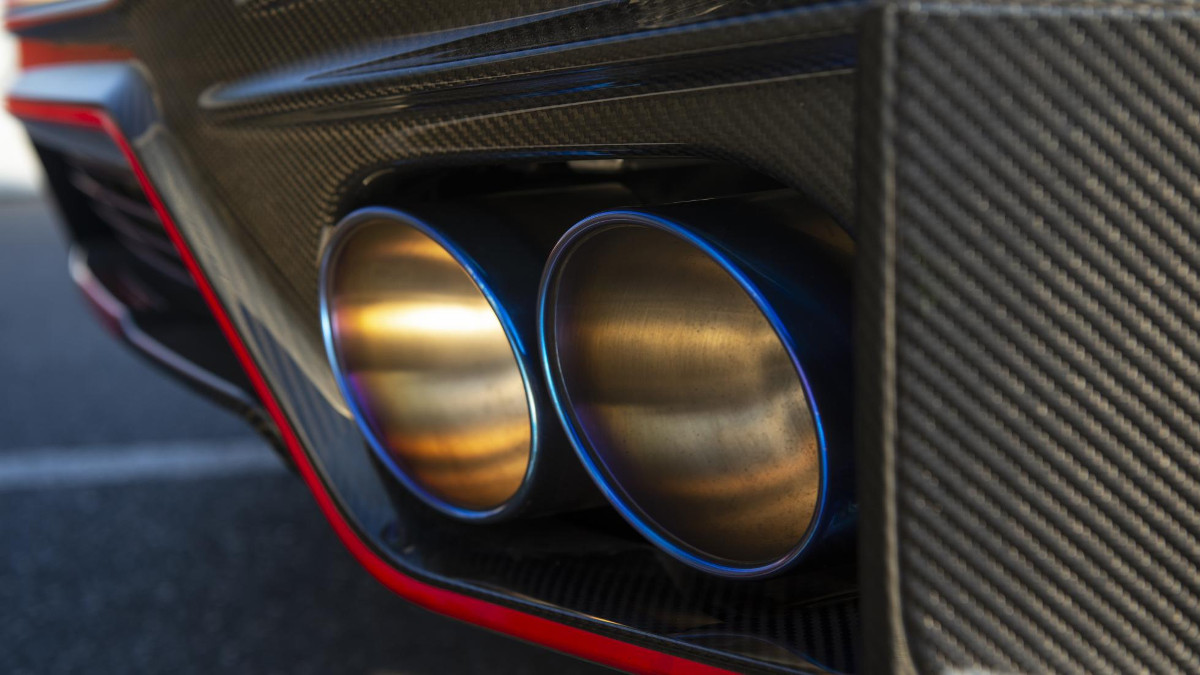 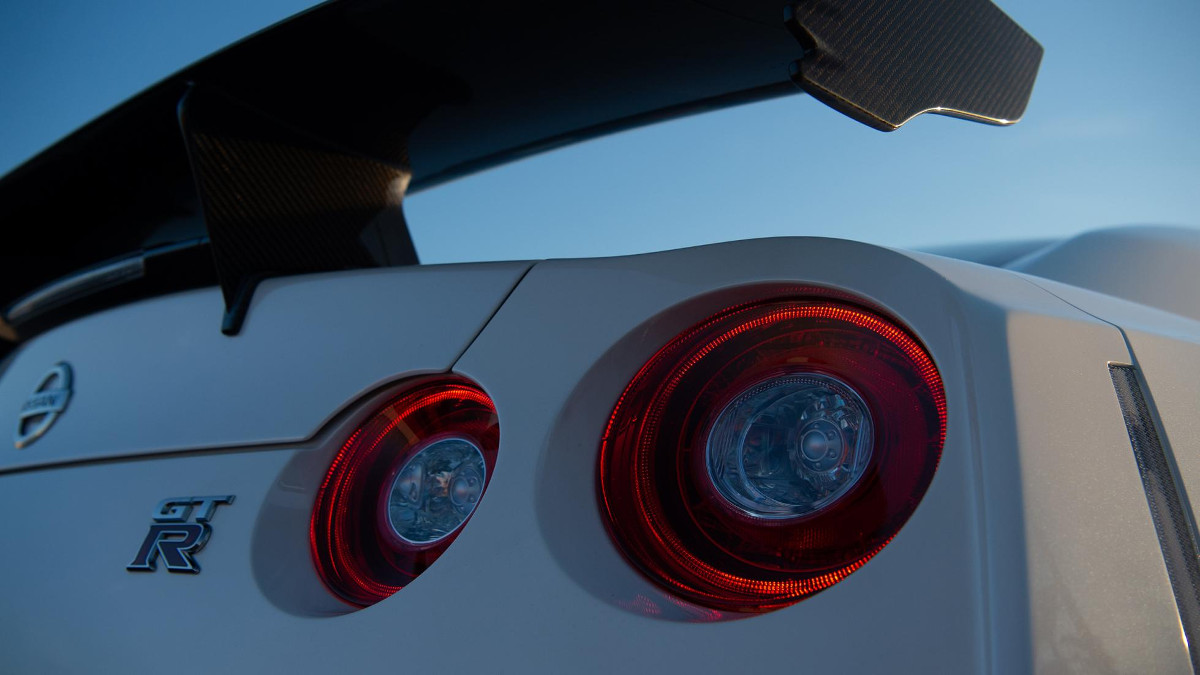 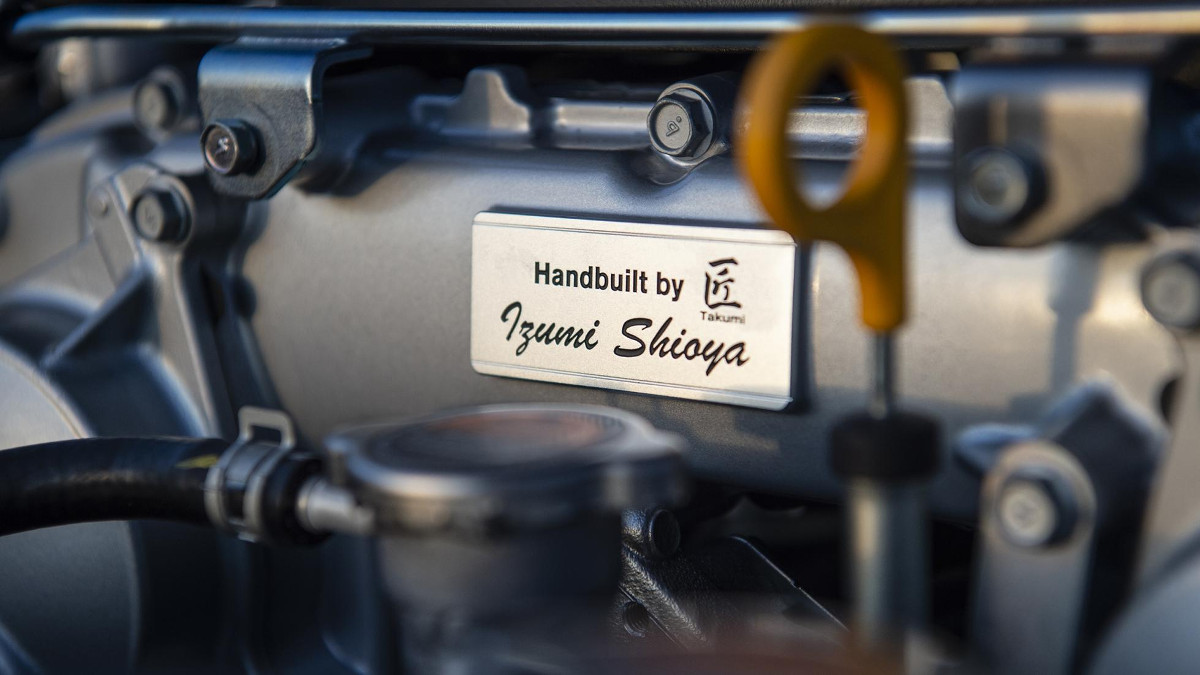 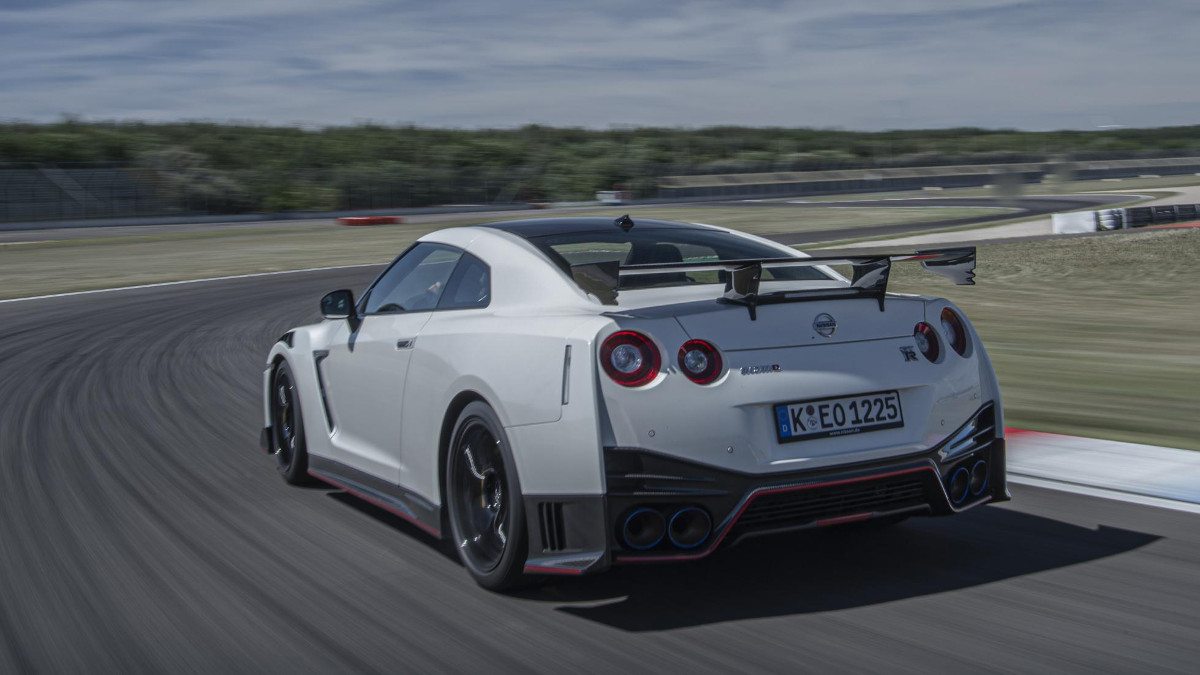 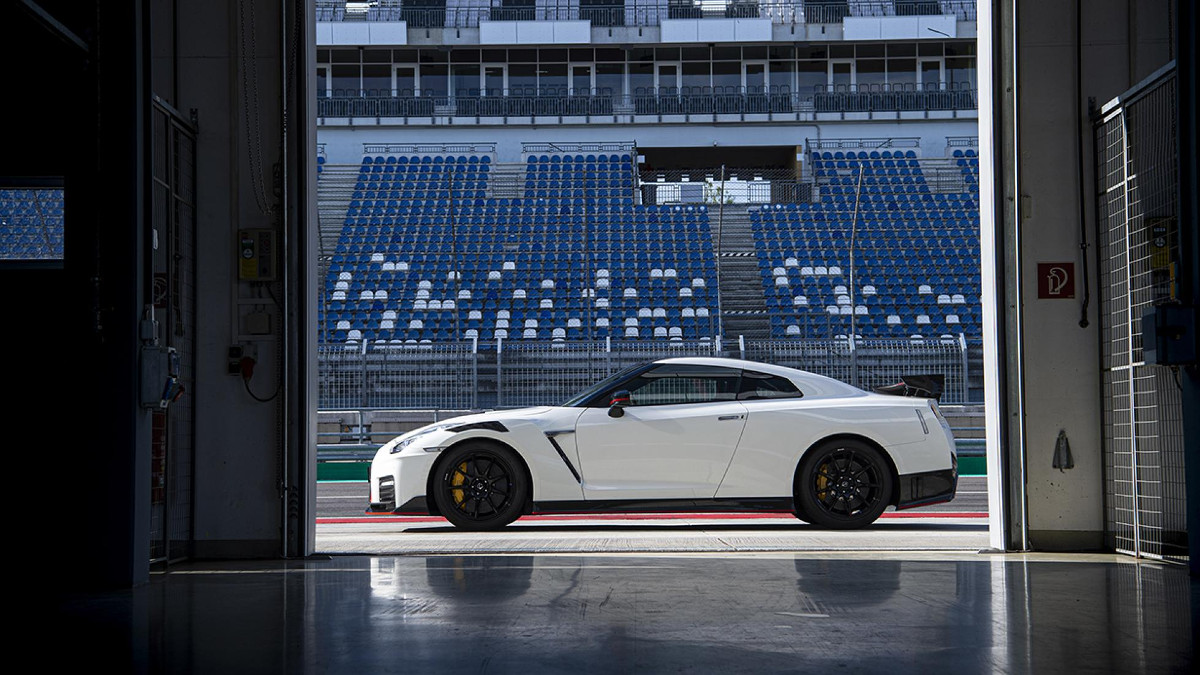 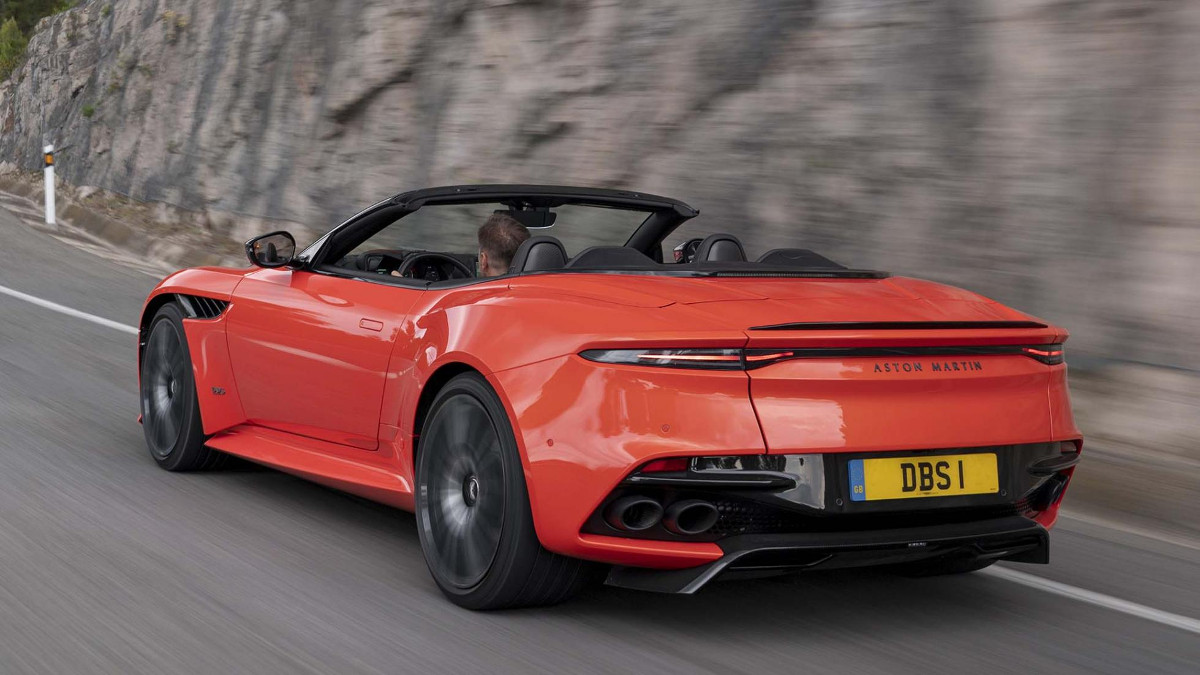 There is no compromise to the Aston Martin DBS Superleggera losing its top
View other articles about:
Read the Story →
This article originally appeared on Topgear.com. Minor edits have been made by the TopGear.com.ph editors.
Share:
Retake this Poll
Quiz Results
Share:
Take this Quiz Again
TGP Rating:
/20