First drive: The Porsche 911 Turbo doesn’t lose much despite losing the S on its badge

We’ve had a few of them this year, headline billing going to the Porsche 911 Turbo S that scooped our Performance Car of the Year award after a grueling few days of lapping Anglesey. Such hardship.

But it’s worth noting, because in a field of cars that included the pent-up little BMW M2 CS and a Ferrari F8 Tributo with a suite of ego-inflating software, it was the 911 that stood head and shoulders above the crowd when it came to fun and engagement.

We do, but a 911 without a GT3 or GT4 badge swatting away all comers is unheard of, less so one with a Turbo badge. Turbo—with a capital T—has always been a synonym for effortless speed in 911 world, or at least it has been since the mid’90s when Porsche first fitted all-wheel drive and removed all the fear factor. But in 2020, we got the sense the 992-generation Turbo’s development team has been copying the homework of the GT3 gang. It’s Fun, with a capital F.

Which one am I looking at here? 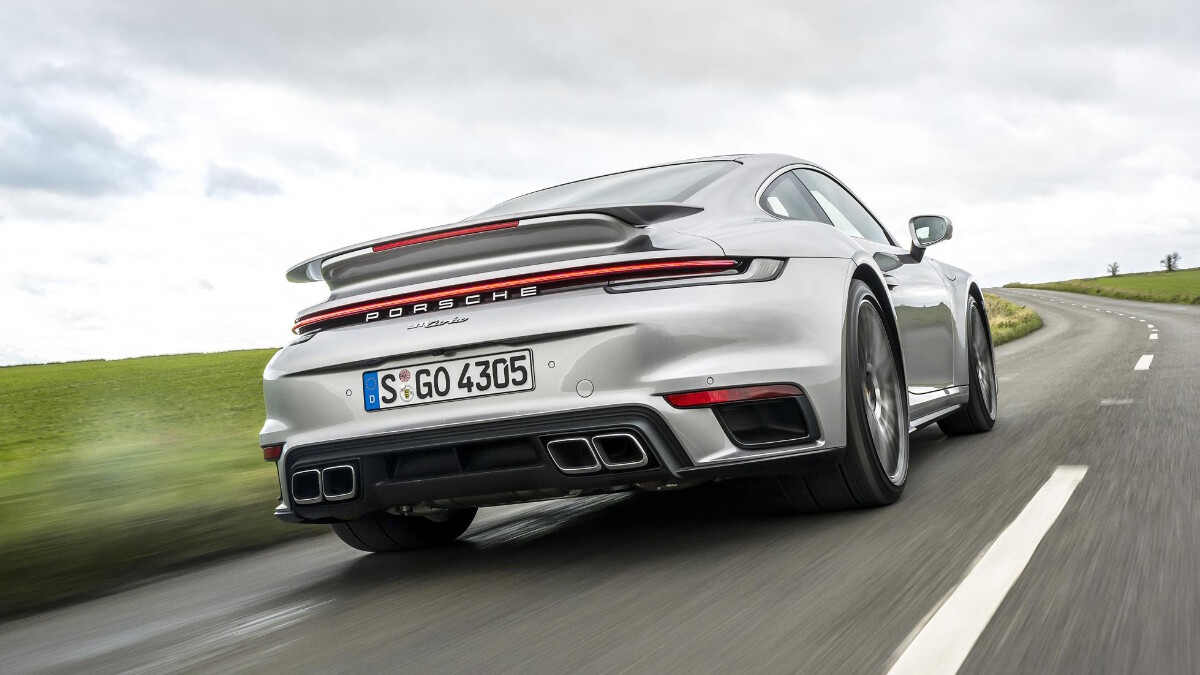 Before you worry whether it’s quick enough to get out of its own way, though, its stats: 0-100kph in 2.8sec, 320kph top speed. The Turbo S claims 2.7sec and 330kph. On paper, at least, you’ll only pay the extra if you want to source an empty airfield and hit terminal velocity. Even then, we suspect a mild tailwind would get the standard car over the line.

There must be other differences.

The Turbo makes do without some of the Turbo S’s tech, too. So, no carbon-ceramic brakes or PDCC active anti-roll bars, which account for £9,000 (P577,000) of the price difference (should you decide to spec them back in as options on the base car). 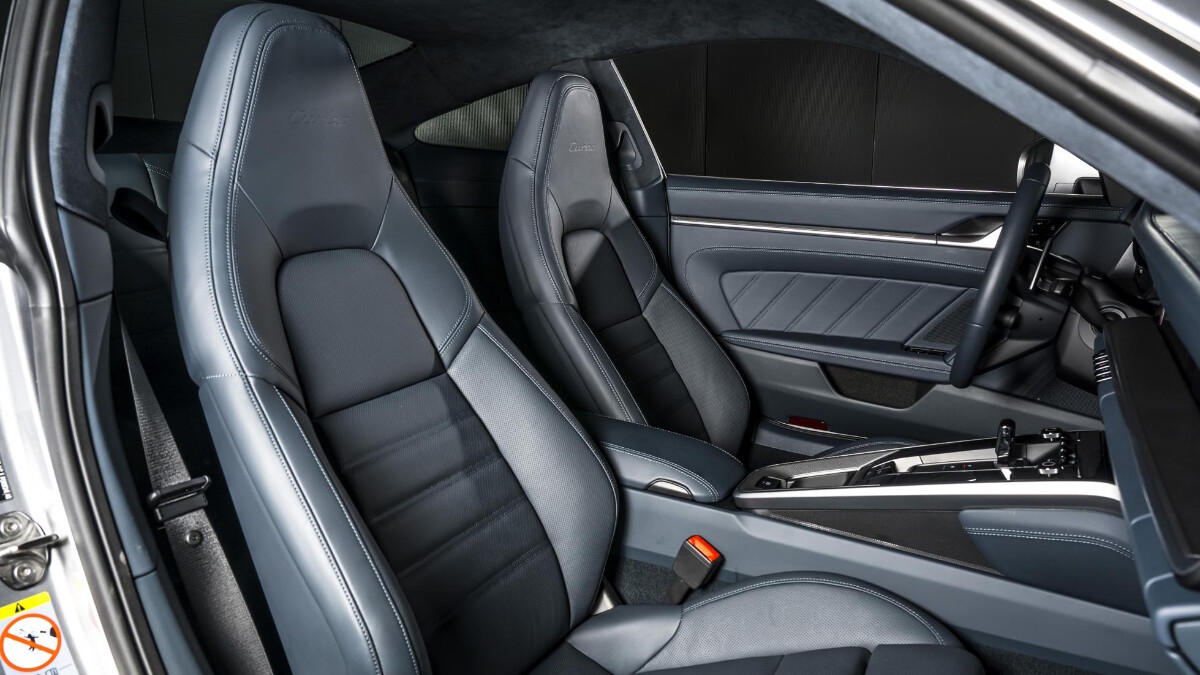 Then there’s its ever-so-slightly less-adjustable sports seats, which will whirr and buzz in a mere 14 different directions rather than the 18 you’ll enjoy in the Turbo S. And that’s about it. The really juicy stuff—four-wheel steering, eight-speed PDK, the good-natured AWD system that proved so fun on circuit—all stays.

Straight into it: Does it feel slower?

Put simply, no. If there’d been a mix-up in Porsche’s badge-stamper and this GT Silver car had popped out of Zuffenhausen with ‘Turbo S’ written on its hindquarters, I wouldn’t have questioned it. I’m absolutely certain that, whatever the conditions, right-thinking humans will decree this car ‘fast enough.’

The way this engine delivers its power is just plain addictive, and that’s not something we’ve always said about 911 Turbos. As the world of electric cars is proving, the shock and awe of hurtling toward the horizon with zero fuss is actually fairly one-dimensional.

How does it avoid that? 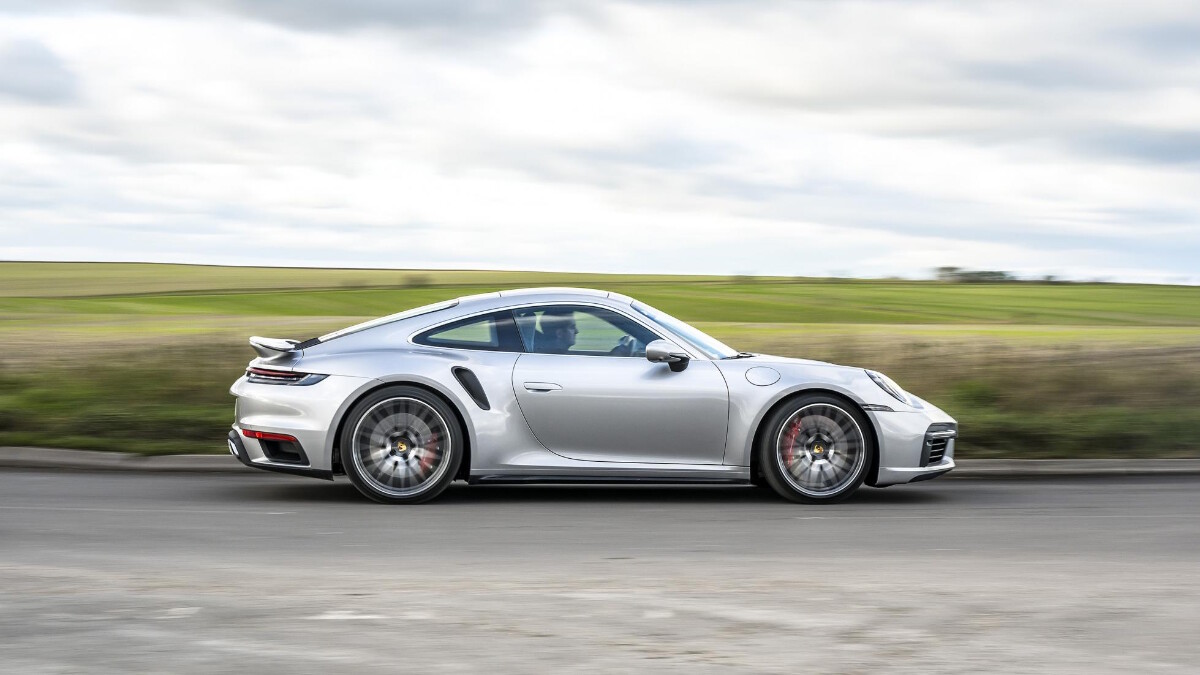 That dramatic rear wing sits above a pretty special engine, one which will give you back-punching boost at around 3,000rpm, but which then soars up to its 7,000rpm redline with a fire and ferocity you want to keep repeating. And with care, you can, thanks to the short (ish) ratios of the eight-speed PDK transmission—second gear tops out at just under 100kph—around 30kph lower than in most other Porsches, the Cayman GT4 the most infamous offender.

What’s perhaps even more impressive about the gearbox is how smart it is when left in auto. Turn the steering wheel dial from Normal to Sport (but not Sport Plus), and time after time, it kicks down precisely to the perfect gear. Given how many it’s got to choose from, that’s quite remarkable.

It’s quick and satisfying when you take control yourself, too, which is what I defaulted to. Making it a minor shame Porsche has fitted stubby little plastic paddles to the wheel. Italy continues to do the best paddles—long, metallic items sprouting from the steering column—and for all Porsche’s perfect pedal placing and knob shaping in its manual cars, it’s playing catch up when it comes to paddle shifters. 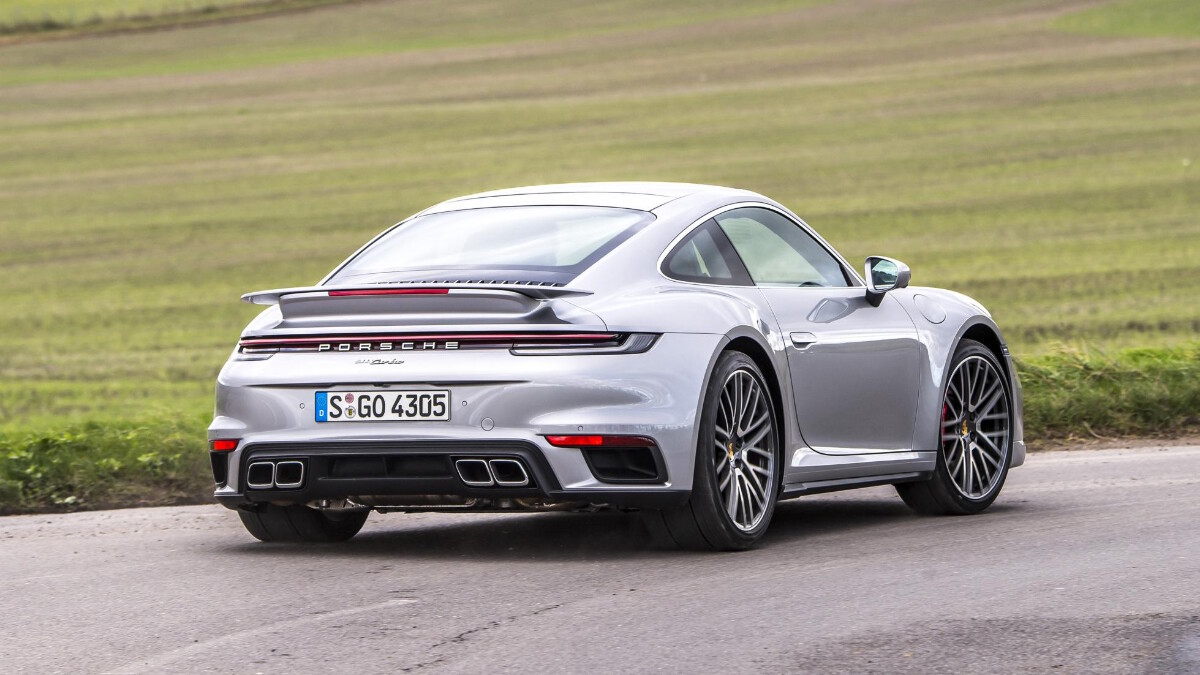 It’s about the only one. Because the breadth of the Turbo’s ability is just sensational. It confounds any fears about its width or weight quickly thanks to the strong visibility and the exquisite steering we know so well from simpler 911s, and most impressively, it never frustrates despite the enormous percentage of its power you’ll largely leave unused on the road. This ability, as supercars get sillier and sillier on paper, is increasingly what sets the very best of the breed apart.

How does it do that?

By singing so amiably to the driver’s tune. If you want to treat it like an all-weather GT3, you ratchet everything into its sportiest mode and drive the Turbo thusly. If you want to experience its vast performance with fewer butterflies in your tummy, take everything a gear higher than normal, and admire what this engine and chassis can do with slightly saner numbers on the electronic speedometer. If you want to experience full GT mode, notch everything back down to its calm mode, keep the gearbox in auto, and it’ll largely cruise as Turbos have for their last three generations.

‘Largely,’ because this is a firmer-riding 911 Turbo than perhaps we’re used to, even without the optional 10mm-lower Sports Suspension option. You mostly notice at town speeds, and even then, it’s nothing like as burly as anything wearing an AMG badge. 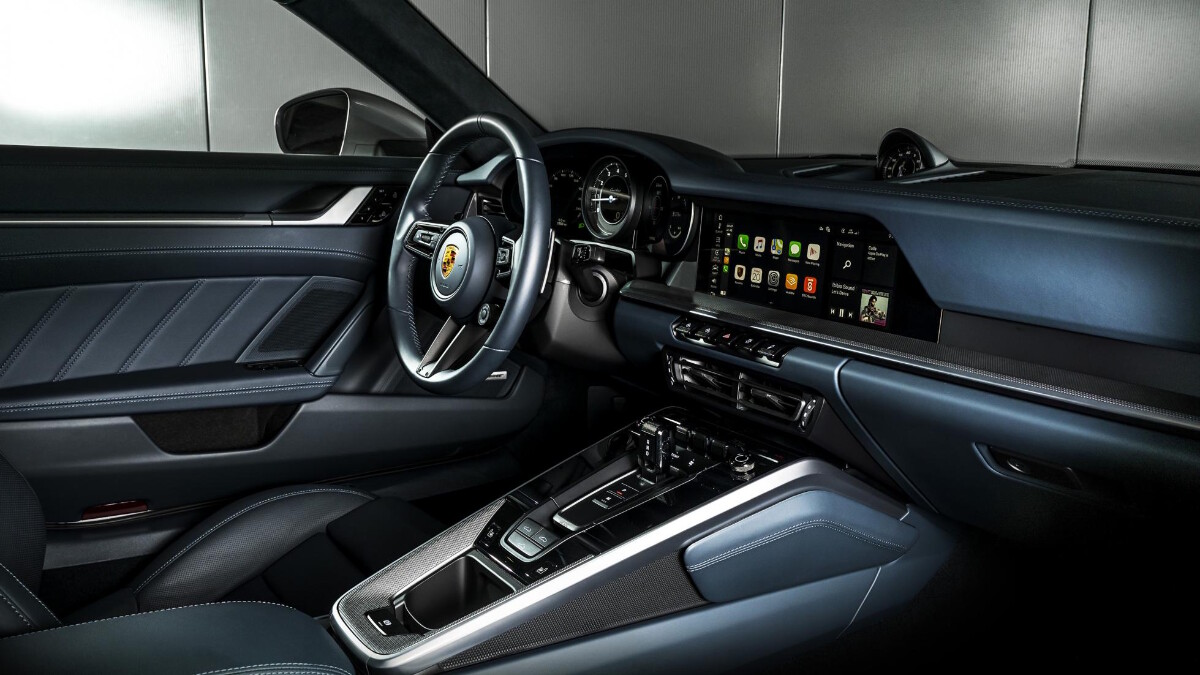 It’s just tangibly a bit less comfort-minded than a Carrera, but that’s where the Turbo’s newfound edge reveals itself. It asks of a wee bit more commitment than it has in recent generations, but as a result, it’s a more tantalizing prospect to anyone who enjoys cars for more than the numbers on their spec sheet.

This or a Turbo S, then?

It’s genuinely hard to say. Which, in itself, suggests you should save the £20,000 and stick with the standard car. I didn’t once mourn the absence of ceramic brakes or complex PDCC—it doesn’t feel any less of a complete package without them, so good is the standard equipment sitting in their place. It’s a 1,640kg car, so I suspect you’d miss the fancy brakes on a track day, but you can always option them back in. Or wait for the 992 GT3 that’ll better suit your needs.

If you really must have the 330kph halo car, you’ll be getting Top Gear’s favorite sports car of 2020 in the process. But if you stick with the regular Turbo, you’ll enjoy 99% of the experience for about 85% of the cost. The final line? You really can’t buy a bad 992 Turbo. 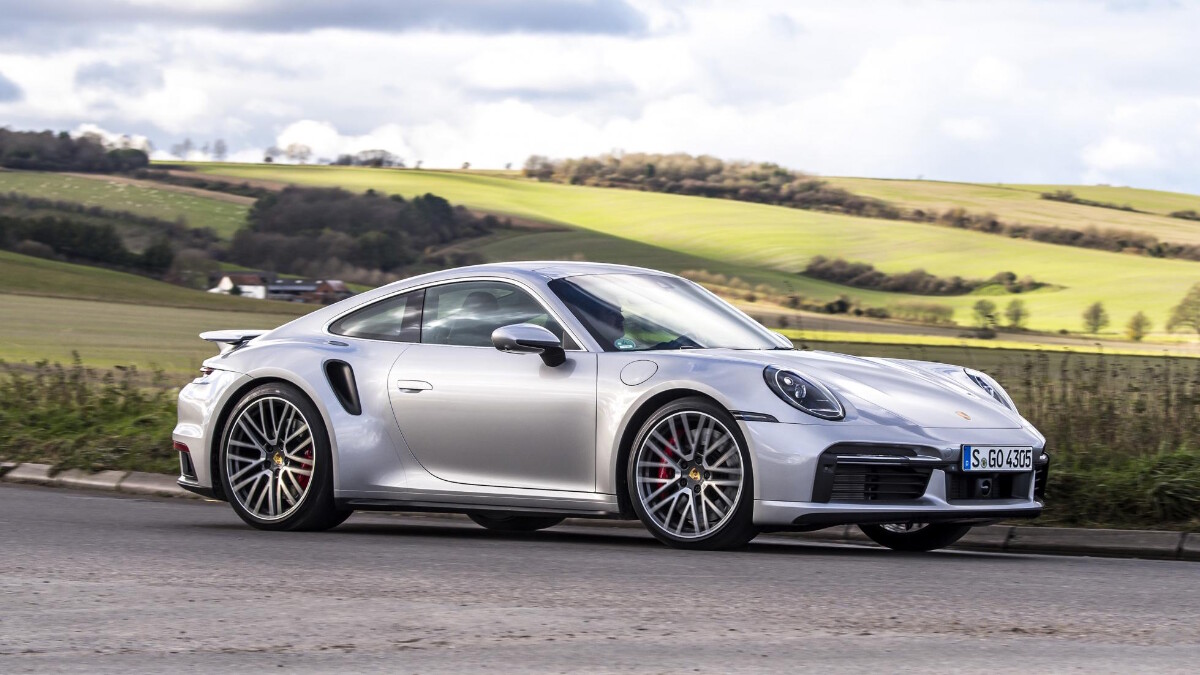 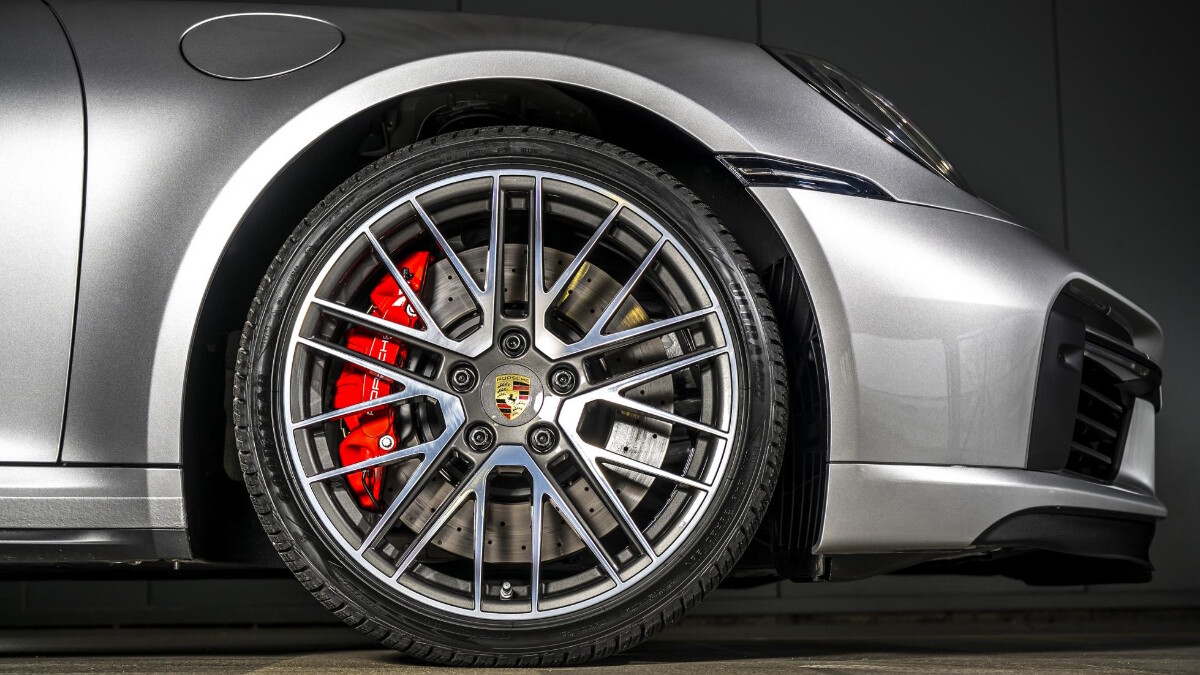 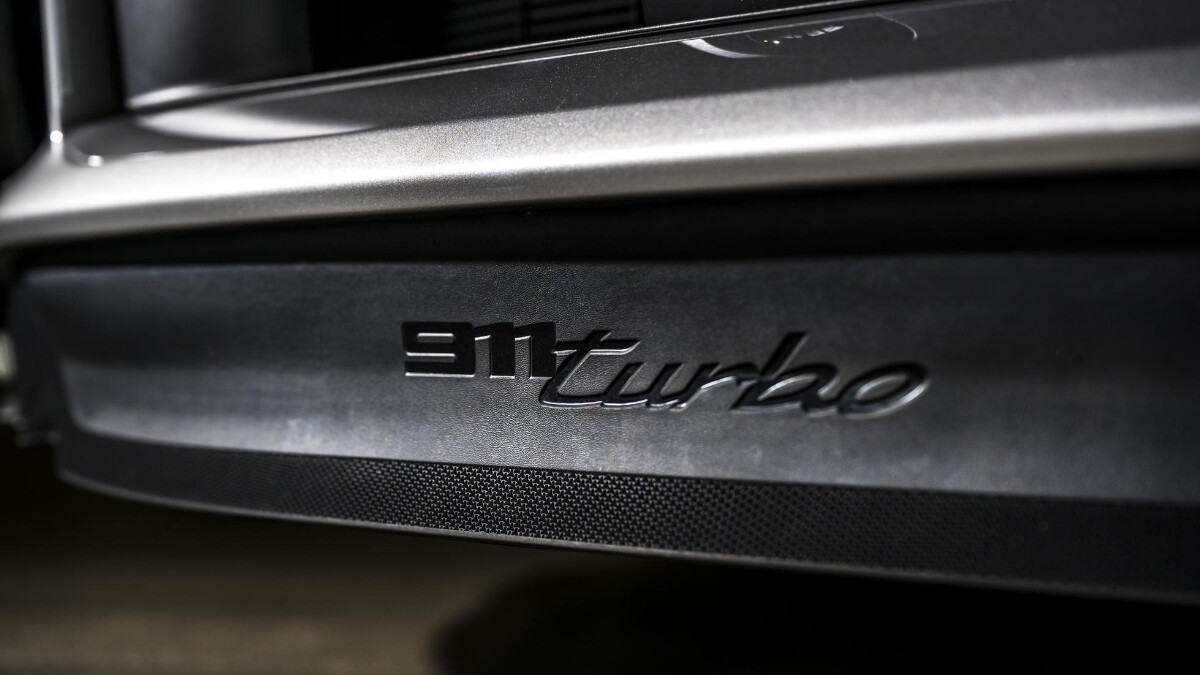 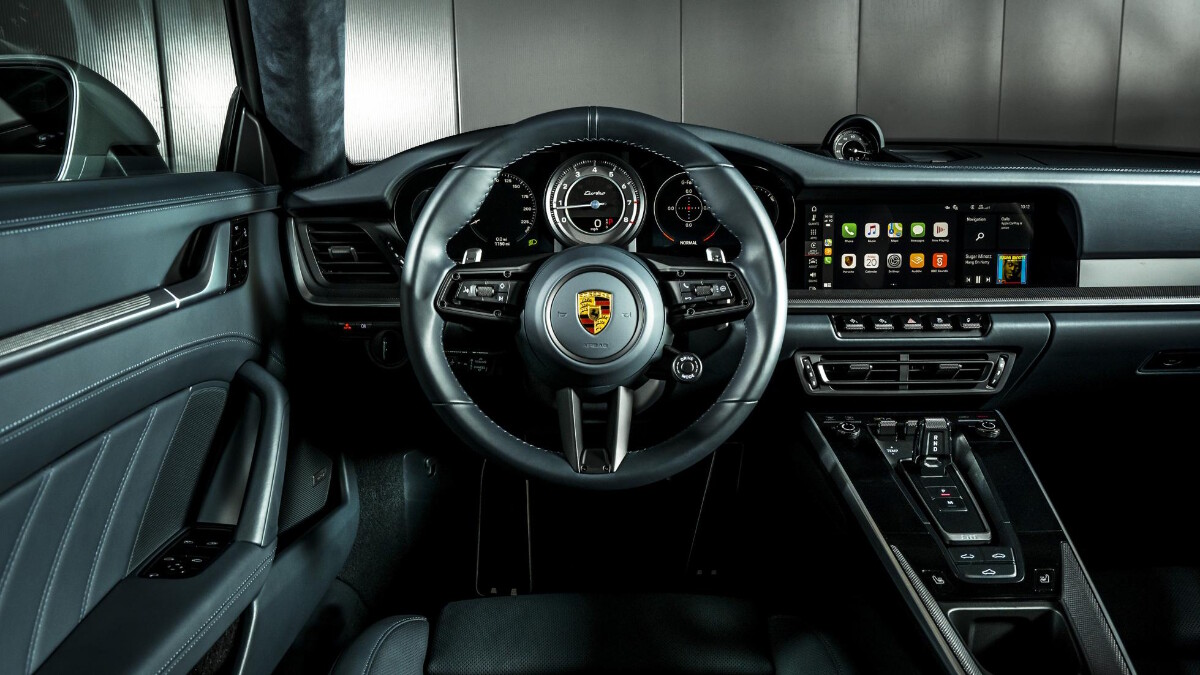 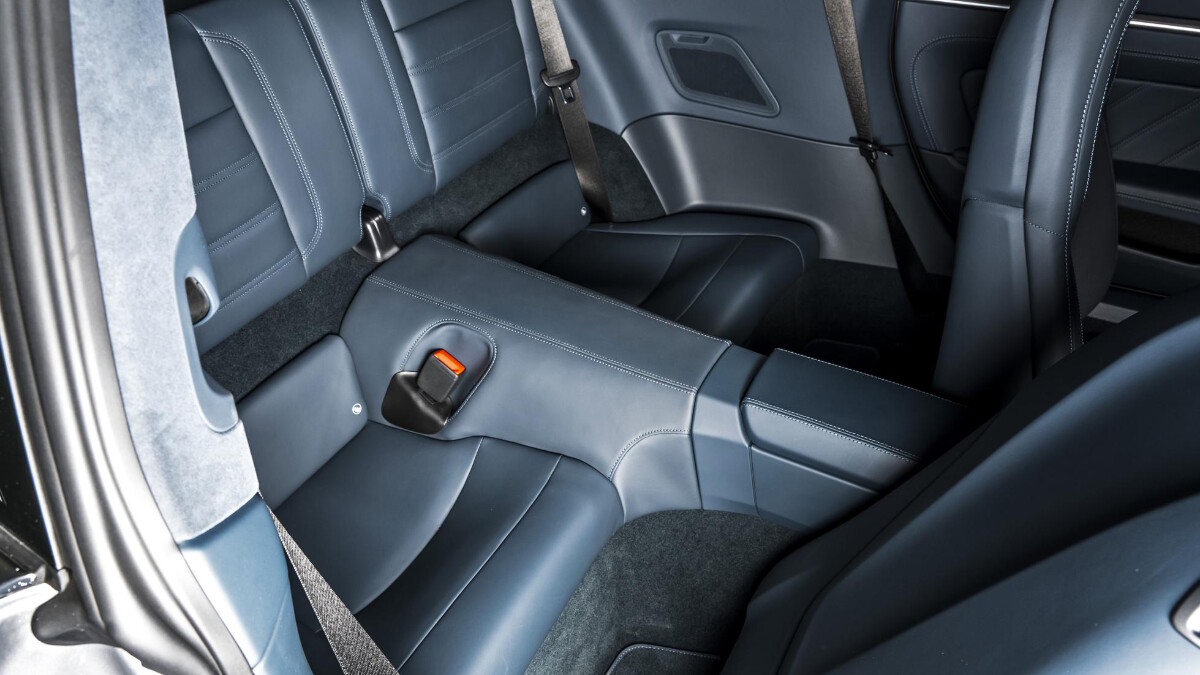 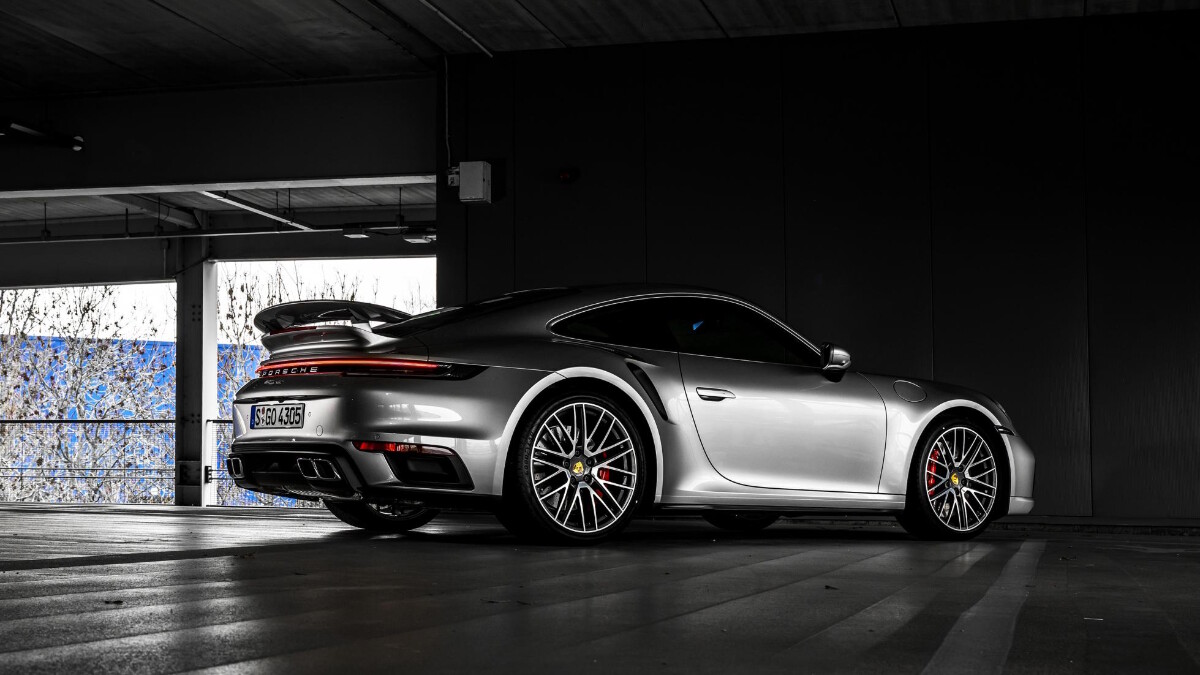 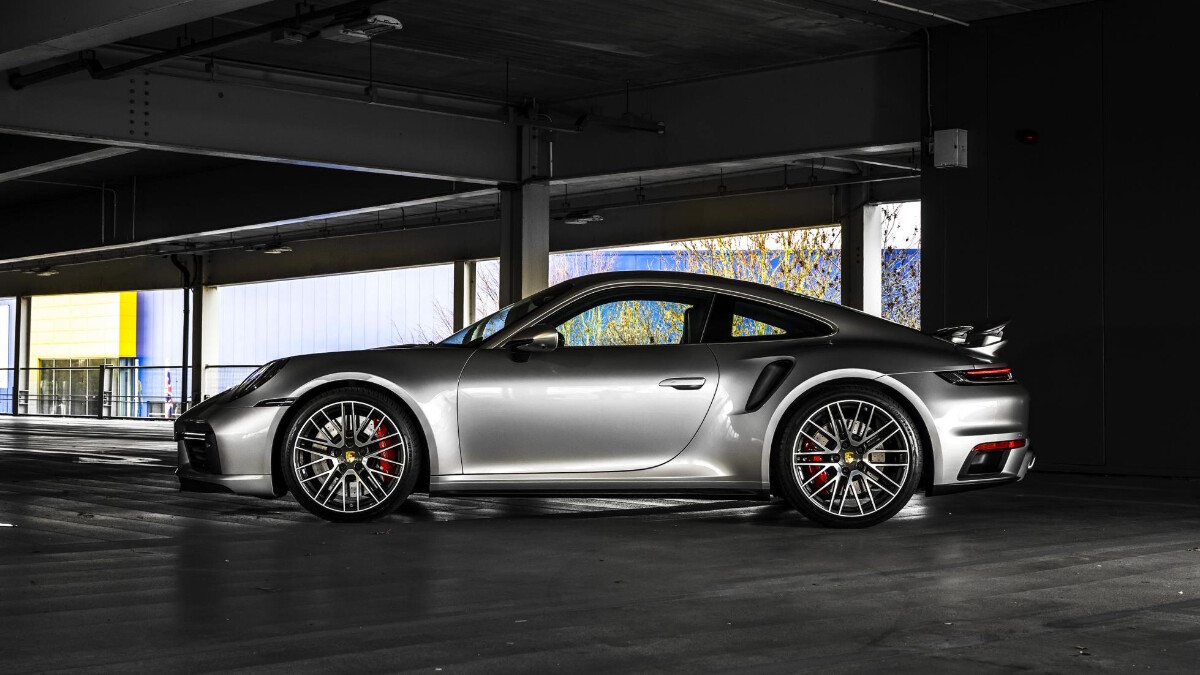 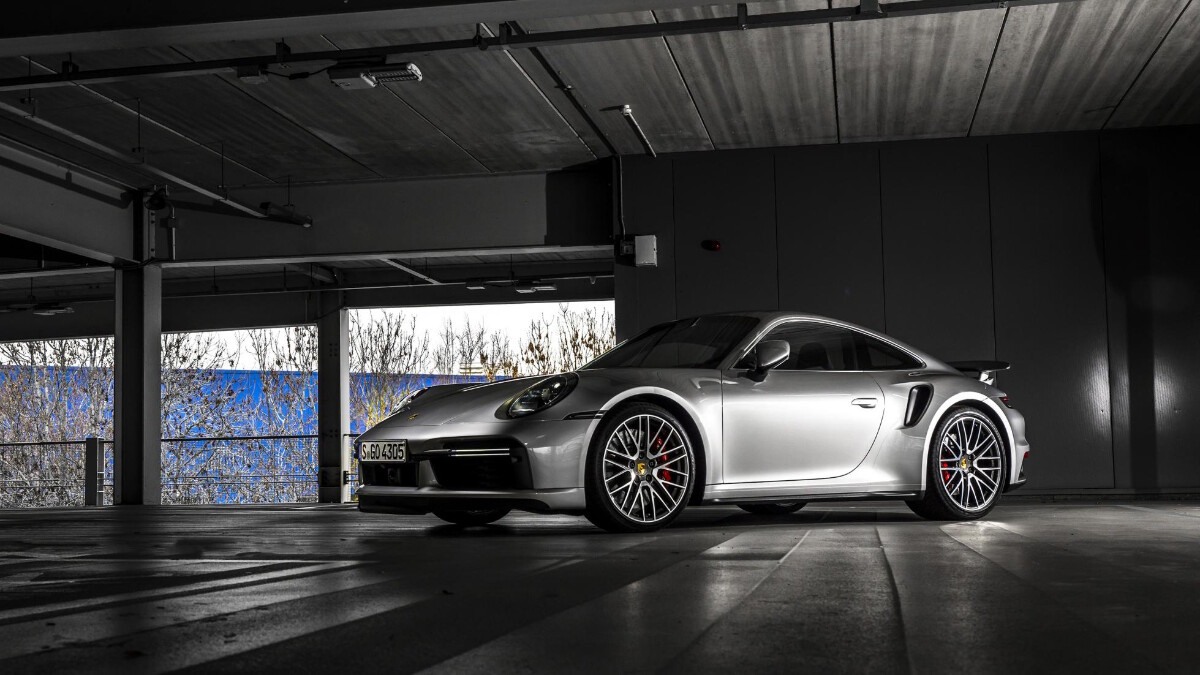 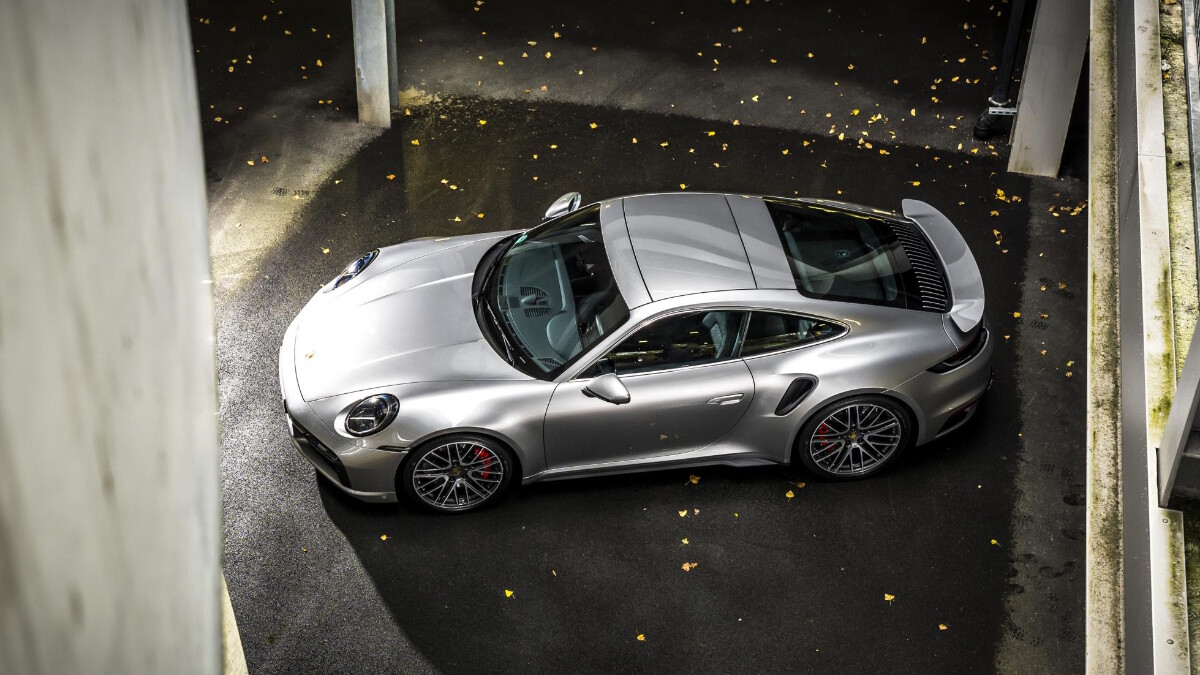 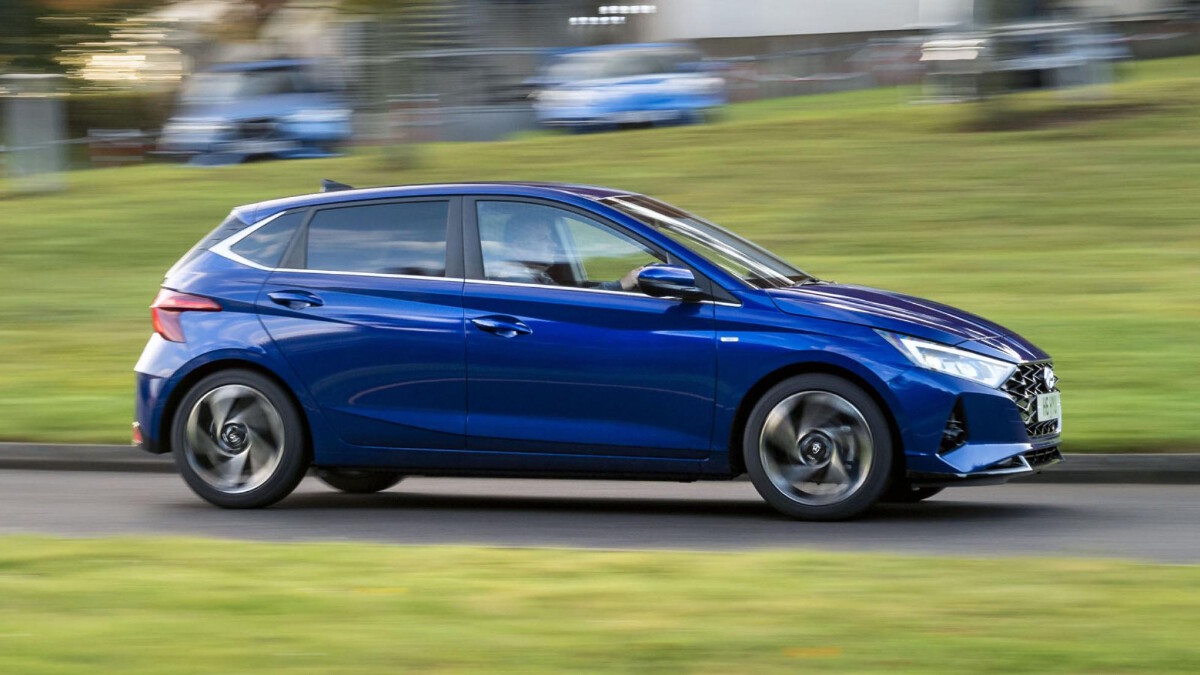 Review: The regular Hyundai i20 whets our appetite for the N hot-hatch version
View other articles about:
Read the Story →
This article originally appeared on Topgear.com. Minor edits have been made by the TopGear.com.ph editors.
Share:
Retake this Poll
Quiz Results
Share:
Take this Quiz Again
TGP Rating:
/20