There's always a new niche to be filled
by Paul Horrell | Aug 17, 2019
CAR BRANDS IN THIS ARTICLE

That must be the world’s most powerful SUV…

Not quite. The pinnacle for absurdly potent SUVs remains the Jeep Trackhawk, at 707hp. But at 680hp this Porsche Cayenne Turbo S E-Hybrid Coupe comes as close as makes no difference.

It’s a plug-in hybrid. Which means a heavy battery over the back axle, a heavy electric motor ahead of the transmission, plus additional electric drives for the air conditioner, and an additional electric heater, for when the engine’s off. You end up with a car that’s over two and a half tons. By the way, it’s also available as a non-Coupe, which is, strangely, a few kilos lighter.

But lots of SUVs are heavy. 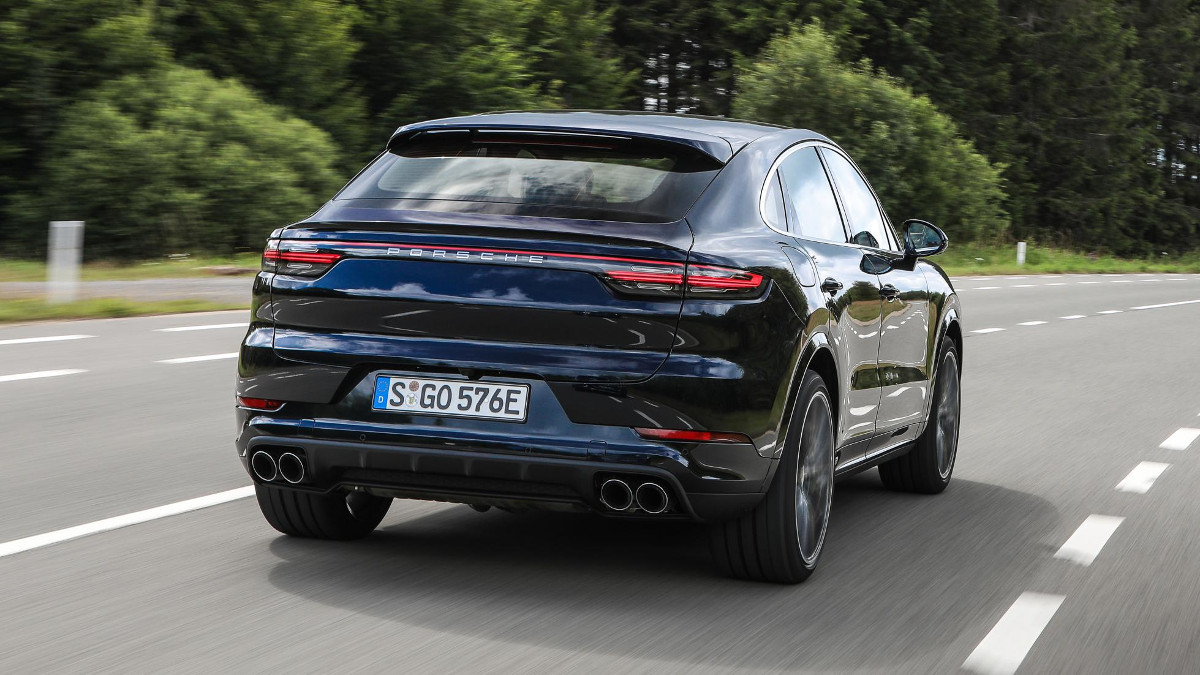 They are, but the point here is it’s a Porsche, and it’s got nearly 700hp, and frankly when accelerating it doesn’t quite feel like you’ve got all that stonk underfoot. It’s 300kg heavier than a Lamborghini Urus, and only a little more powerful.

I mean, it’s no slug. Zero to 100kph is 3.8 seconds (the Lambo is 3.6) and of course you need no skill to do it because there’s four-wheel drive and launch control. But the out-of-a-corner surge isn’t quite as violent as I’d hoped.

Surely not many SUVs are this green.

Green? You’ve been gulping the Porsche Kool-Aid. And that reminds me of the time I needed a cold beverage the day I drove it. I was in the Ardennes in Belgium, the day it hit the hottest temperature ever recorded there. Point one, the low-density air might have lost us some turbo boost. But point two, a socking great SUV isn’t exactly the vantage point from which to deny climate change. 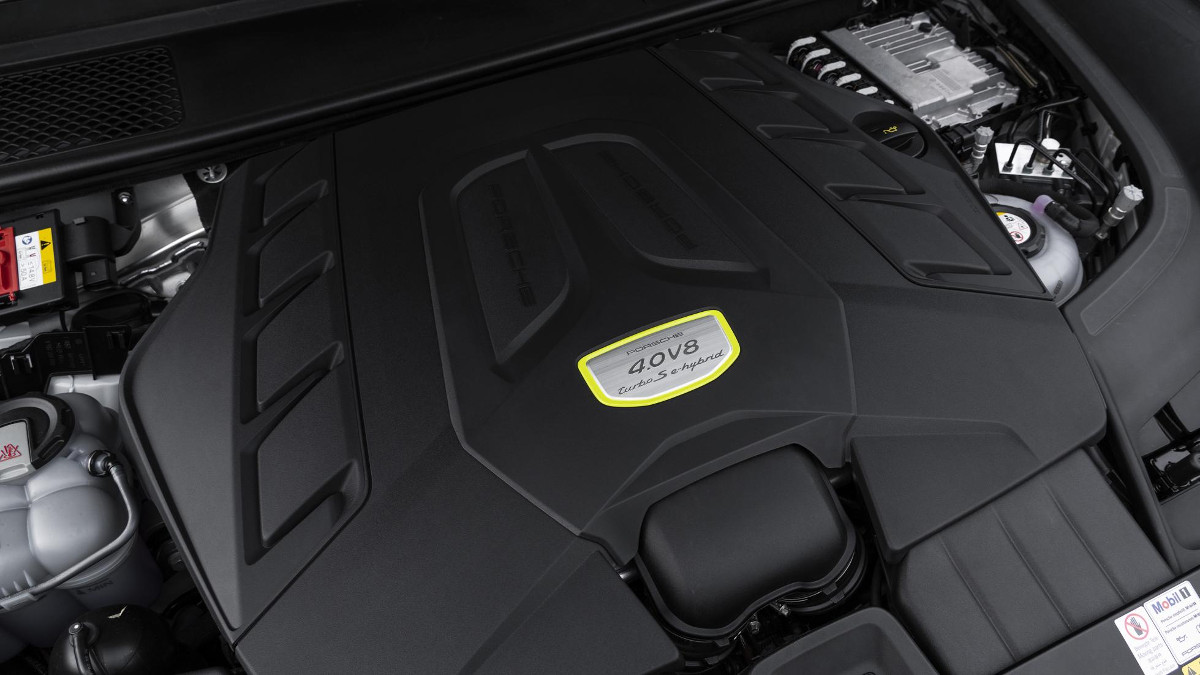 Still, Porsche talks of sustainability. The Cayenne Turbo S E-Hybrid has a twin-turbo gasoline engine (4.0-liters, 550hp) but also an electric machine of 136hp. And that e-motor is enough to power the car without the engine if you’re going gently.

As with most such PHEVs, there’s a button to hold it in electric mode and inhibit the engine from starting. Tiptoeing silently down an urban street does make you feel better. A little.

And the rest of the time?

The mode you’re supposed to use (they’re chosen via a rotary selector hanging off a steering wheel spoke, as in the 918) is ‘auto hybrid’. This looks at your destination and apportions use of electric and gasoline energy to get the most economical result.

Sadly, it’s a bit of a fig leaf. I barely beat 13km/L on a fairly gentle 113km trip that used up most of the battery’s energy, too. Still, the integration of electric and gasoline drive is brilliant. You never feel the engine turning on and off. 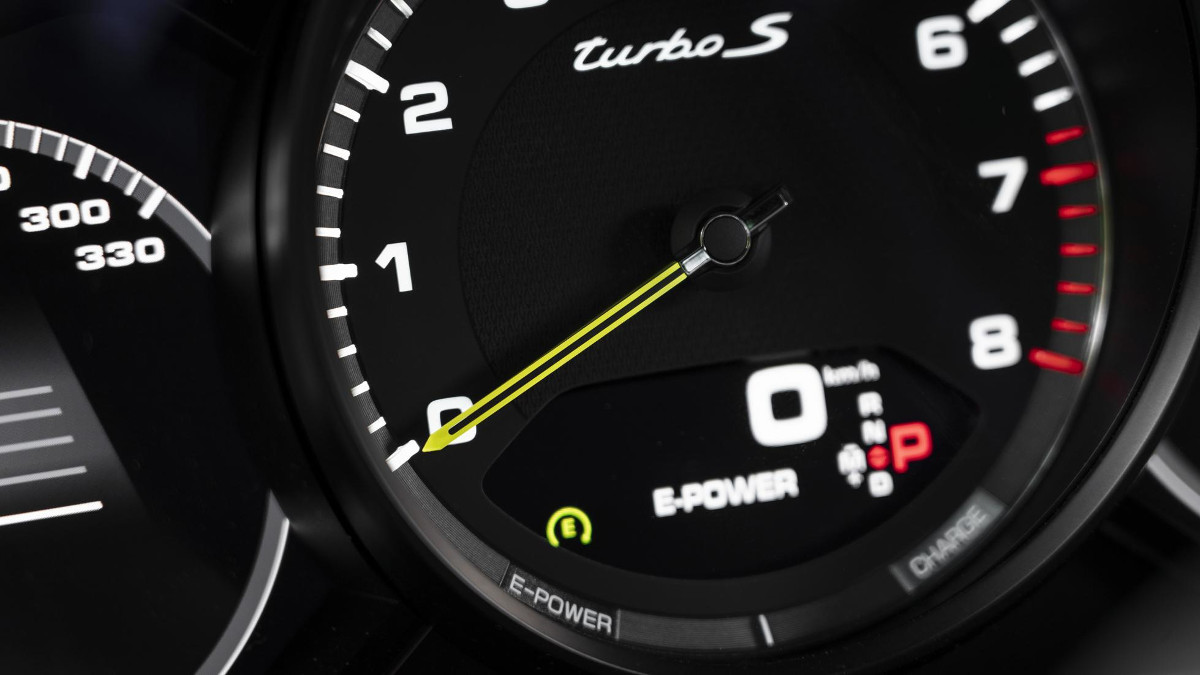 And then there’s Sports and Sport Plus modes. Those keep the engine running all the time, and do all the usual Porsche stuff: aggressive throttle and transmission programming, loud exhaust, plus a general tightening of the chassis which I’ll come to in a minute.

If it’s plugged in and fully recharged, what’s the electric range?

The official figures is 40km. Good luck with that.

But corners are okay?

Well, in normal road driving there doesn’t seem to be much difference between this and a regular Cayenne, but then disguising the weight is what Cayennes do, so another 300kg almost gets lost amid the general excess.

So much technology is brought to bear. You’ve got adaptive dampers to stiffen the wheel movements, and air suspension to lower it at speed, and active anti-roll bars to keep it level and control the oversteer/understeer balance, and fully variable front/rear torque split. These things all work together to make it controllable and surprisingly connected to you. 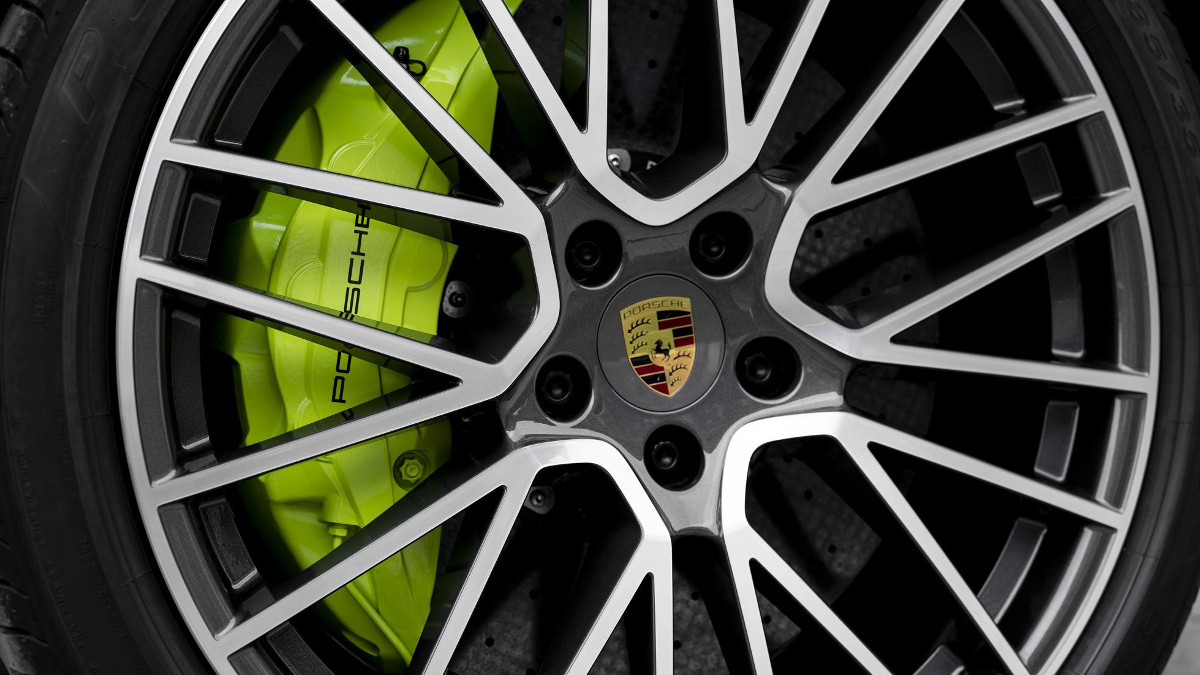 Their effect on ride comfort is less successful. It’s a bit inconsistent, and can sometimes be edgy and brittle, yet mostly supple and comfy enough.

Plus the brakes can feel like they’re struggling, at least during gentle-to-mid-effort events, where there’s an unprogressive pedal and the laggy response you often get with hybrids.

Sounds like the whole thing is amazing engineering… but pointless.

Well, it’ll go round a track, cross a desert, tiptoe though a zero-emission zone, and do the luxury-car thing. Yes, it is amazing. And incredibly thorough. For instance, this Cayenne PHEV uses a torque-converter automatic gearbox because that’s better for off-roading and towing, while the equivalent Panamera PHEV has a twin-clutch transmission.

But stand back for a minute and it seems like we’re at the law of diminishing returns. This stuff could have been done only slightly less well with much less weight and complexity. And less of those things means less energy. 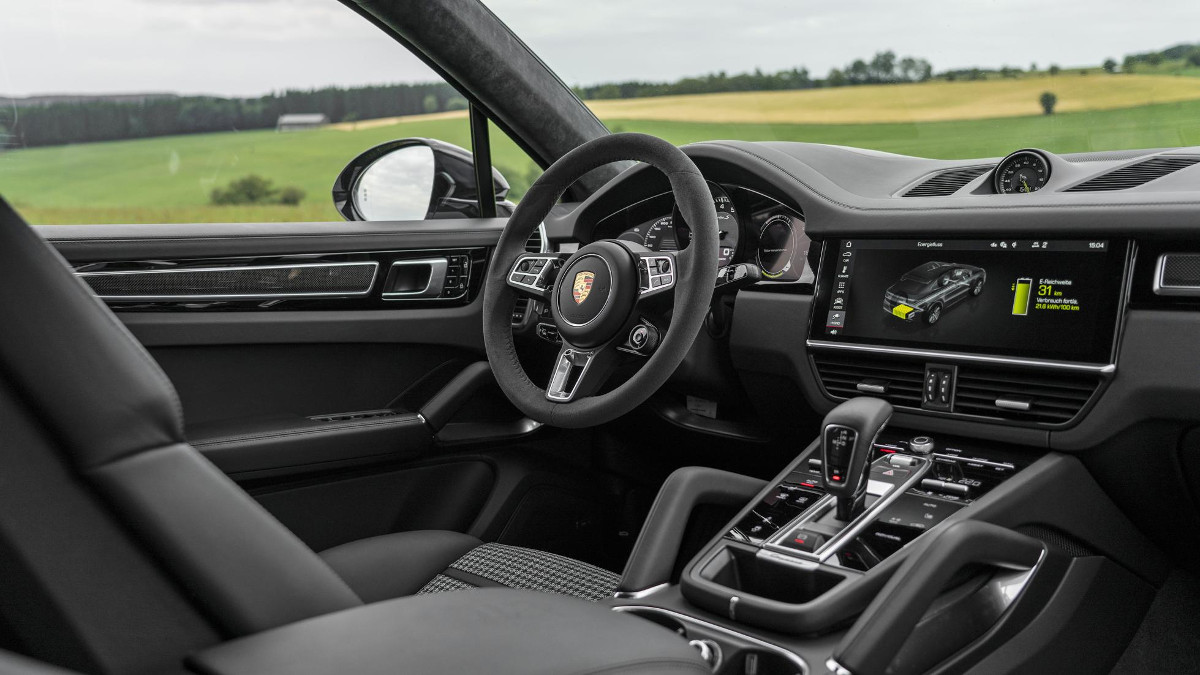 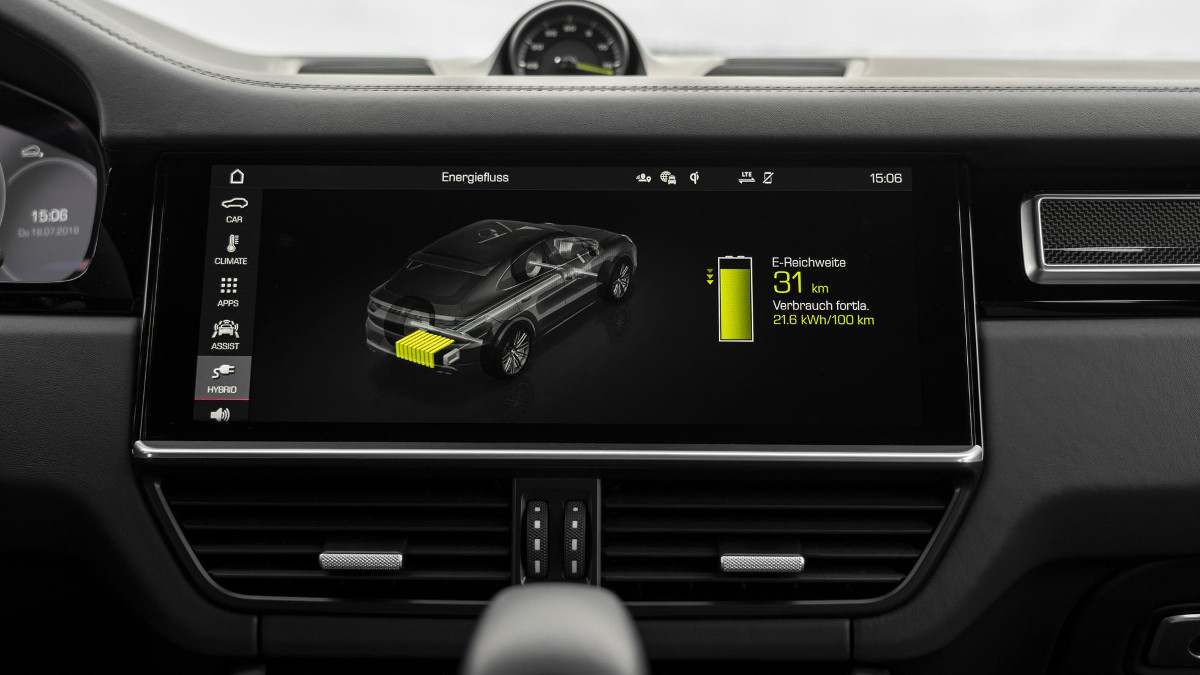 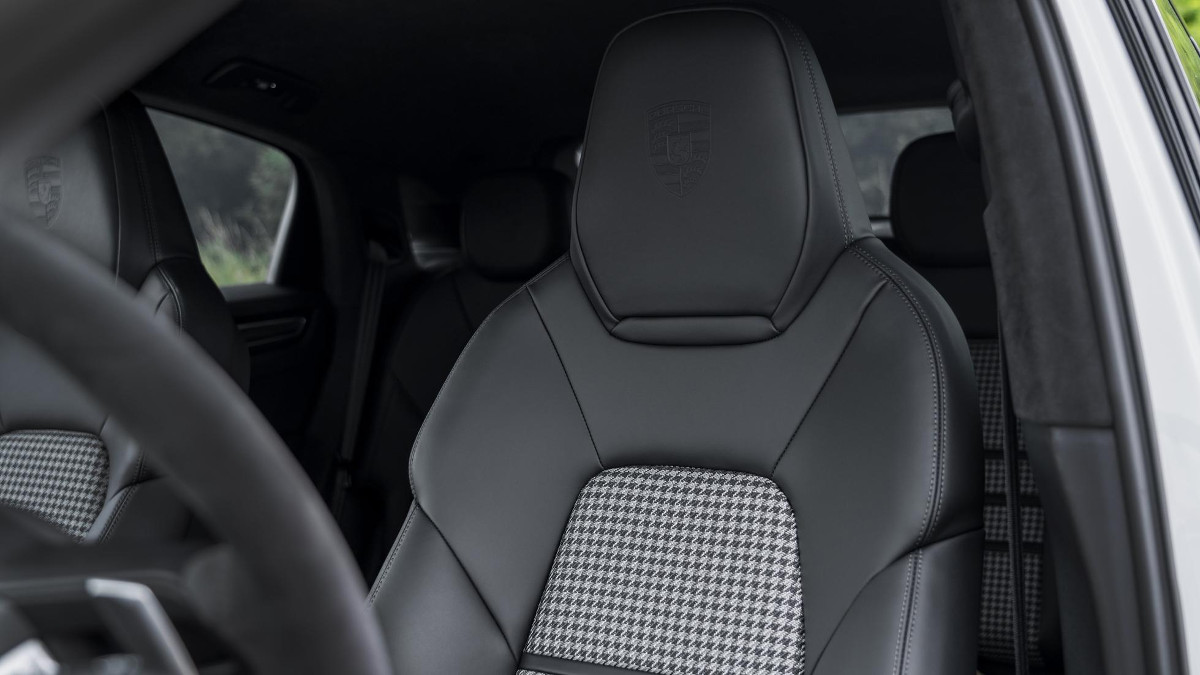 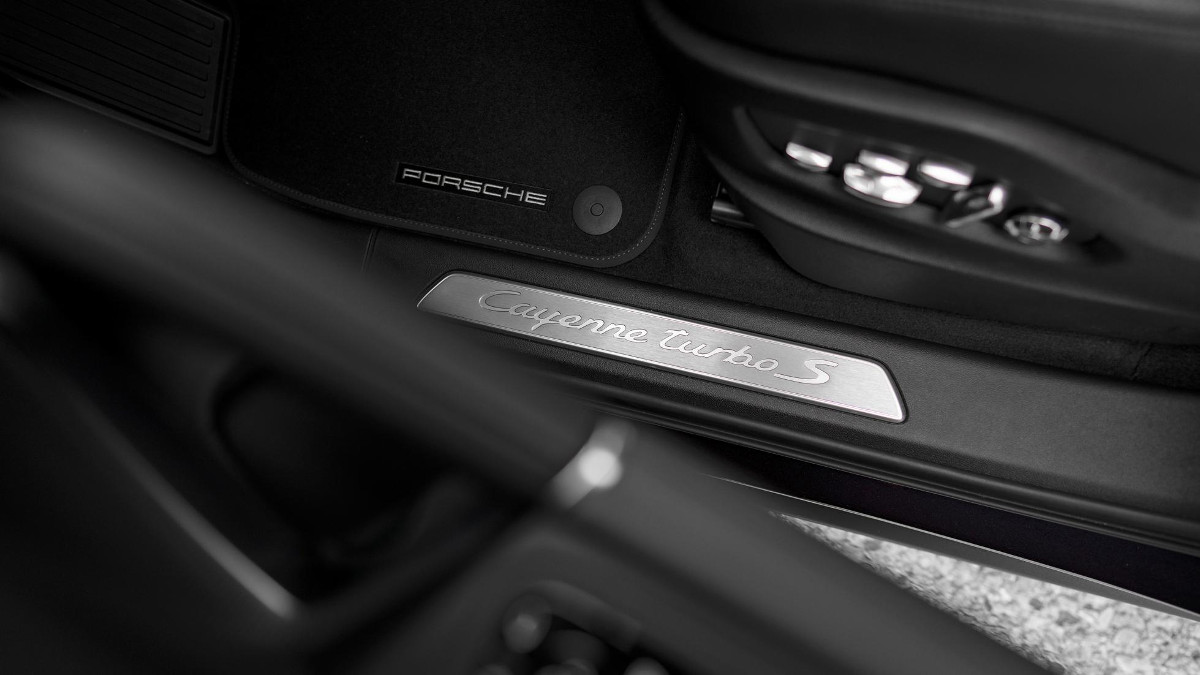 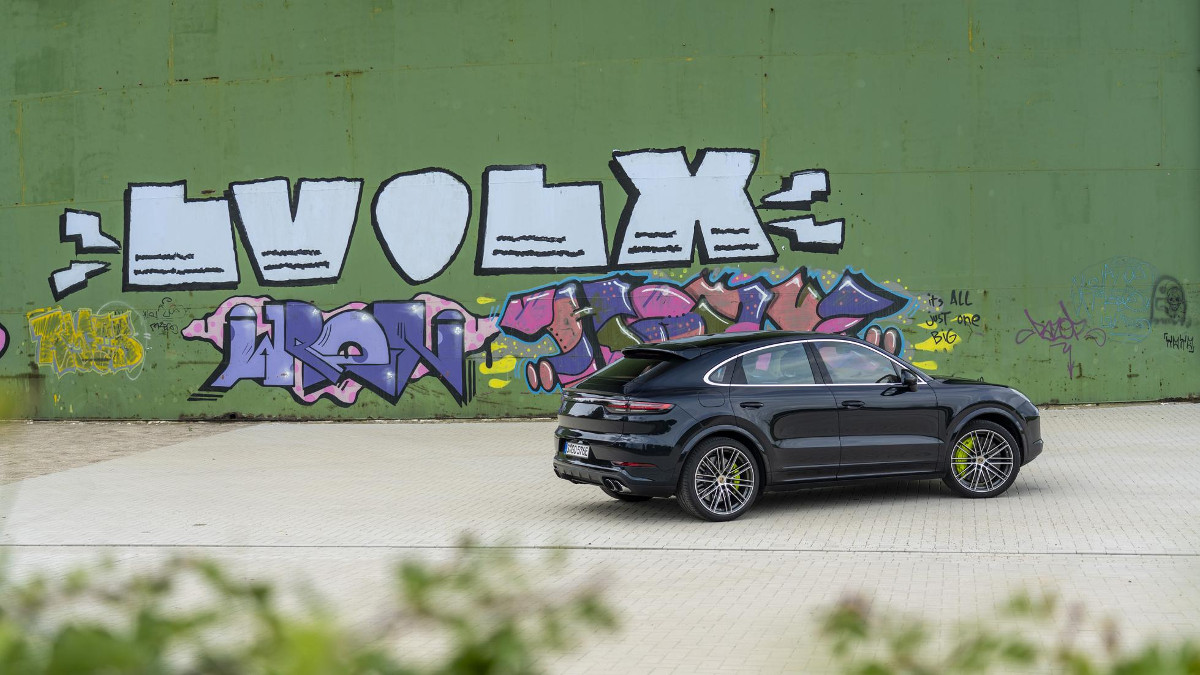 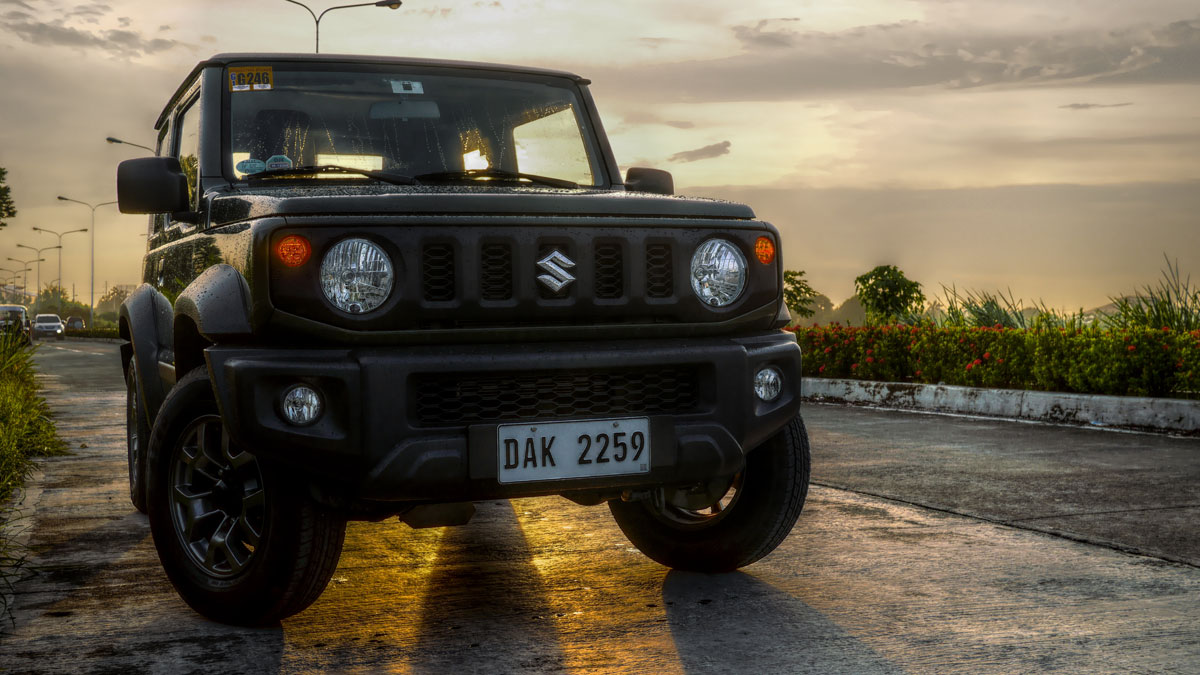 Review: 2020 Suzuki Jimny 1.5 GL M/T
View other articles about:
Read the Story →
This article originally appeared on Topgear.com. Minor edits have been made by the TopGear.com.ph editors.
Share:
Retake this Poll
Quiz Results
Share:
Take this Quiz Again
TGP Rating:
/20