How does the Suzuki Swift Sport Hybrid compare to the gasoline version?

The numbers don't tell the whole story
by Sam Burnett | Aug 1, 2020
CAR BRANDS IN THIS ARTICLE

Bit soon for a facelift, is it?

Seeing as the Suzuki Swift Sport has only been on sale since 2018 you’d have to say it’s a bit early for a full-on facelift—the update for the 2020 model year is more like the Swift has started drinking red wine and watching the news. It’s trying to be a bit more grownup. The estimable hot hatch has been upgraded with an eminently sensible 48V mild hybrid setup aimed at reducing emissions and smoothing out the torque graph thanks to a 10kW motor.

Er...let’s not go all spreadsheets, but there are plenty of fascinating numbers to look at here. The 1.4-liter gasoline unit produces 127hp and 234Nm, with the turbo kicking in at 2,000rpm. Suzuki thinks that thanks to its Boosterjet technology, the engine offers the same performance as a 2.0-liter normally aspirated unit.

Despite the added batteries and electrical gubbins, the car weighs a dinky 1,025kg (the new tech only adds 15kg), has space for five, and offers 265 liters of rear cargo capacity. Fuel consumption of 21.3km/L is both impressive and achievable, while CO2 emissions are 127g/km, versus 20km/L and 135g/km on the previous non-hybrid model. 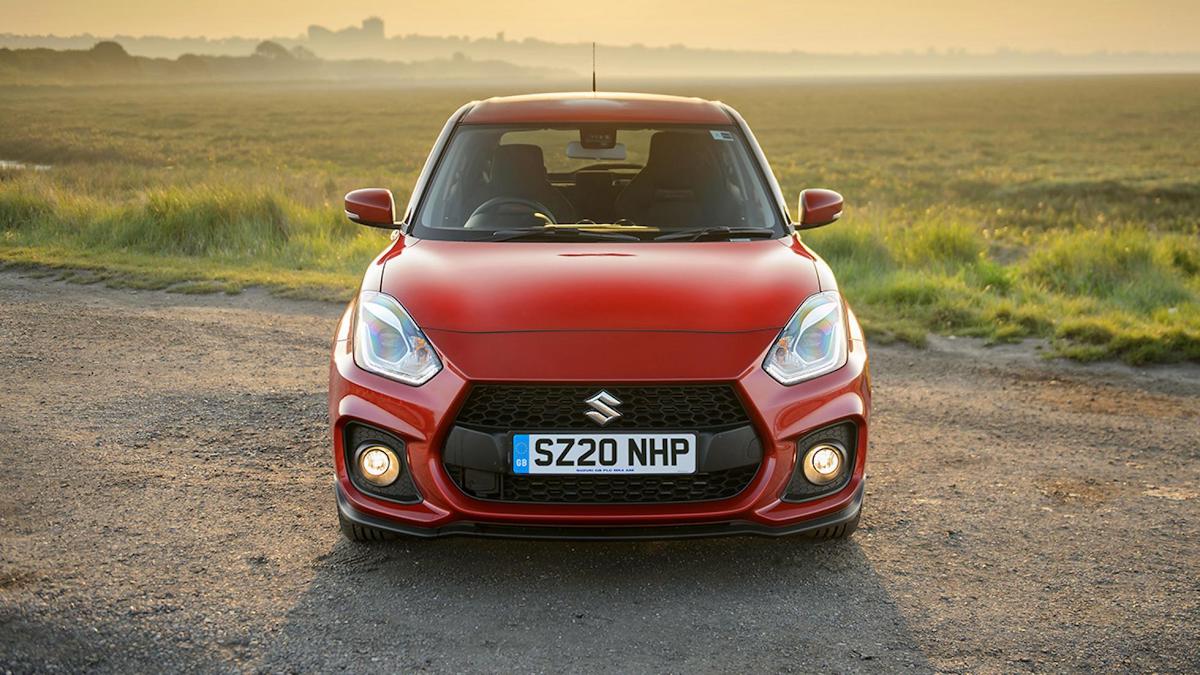 It all works by cramming a small 48V lithium-ion battery under the front seats and a teeny electric motor into the engine bay that replaces the alternator and starter motor. This setup enables extended start-stop functionality (and it does start and stop very smoothly) as well as providing an electrical boost to the wheels under acceleration, to compensate for the turbo.

Now for the bad news—at 9.1sec to 100kph, the Swift is a second slower than the previous version of the car.

Slower? What are they playing at?

Well, I’m sure no one at Suzuki particularly wanted to make the Swift Sport slower, but the car has fallen foul of the same emissions rules that are seeing the Jimny come off sale in the UK in 2021 as carmakers are fined for average emissions over certain limits. The tune-down has meant the Sport ending up with a less-than-frisky 0-100 time and the aforementioned mild-hybrid tech. 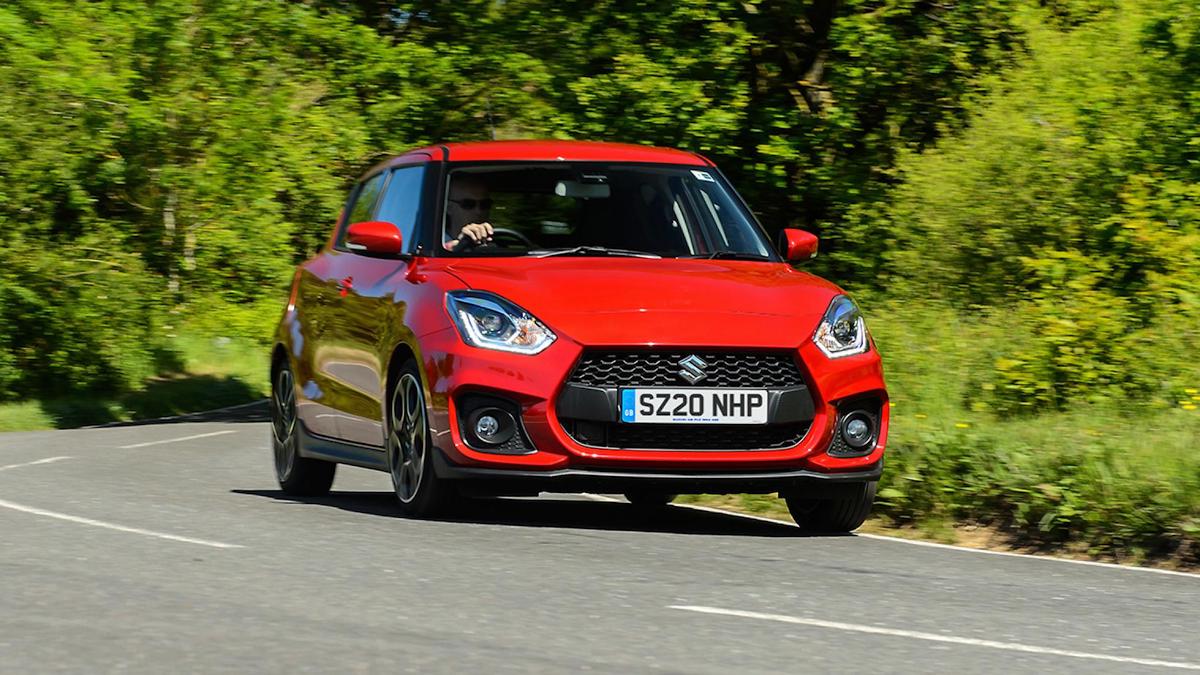 Quite jinky on the move, almost seeking out potholes—there’s a lot of information coming through from the road, and the steering wheel is lively in your hand. It’s not all useful, like Suzuki’s engineers have confused drama with theater.

The Swift Sport pours out of corners, the mild hybrid system smoothing over the gaps before the turbo kicks in and starts to trill. You can snick between gears (fun fact: the new stick has a 10% shorter throw) and make good progress, it’s all very impressive stuff—there’s no turbo lag and the acceleration builds steadily.

The Swift Sport treads a fine line between Dr. Jekyll-style frugal respectability and Mr. Hyde hooning, which will disappoint some. The ride avoids being needlessly rigid, however, and around the city, the car is an amiable sport, able to play it calm when you don’t want to be leaving every set of lights like there’s a grand prix on. 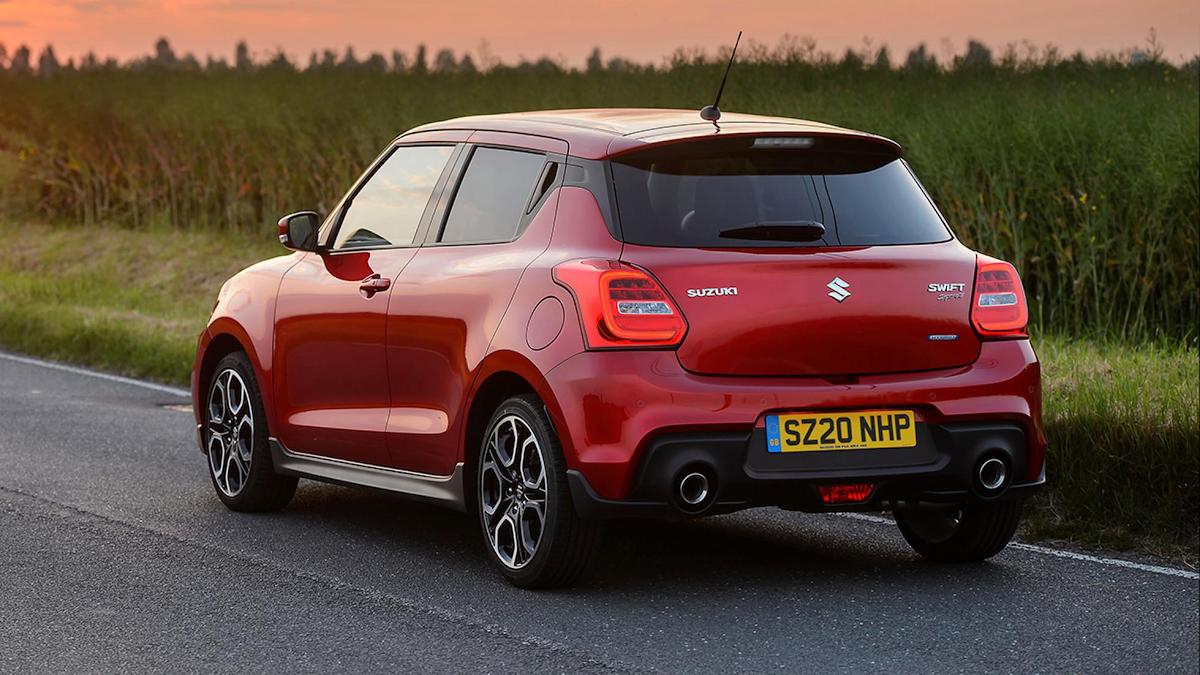 So, while the car is definitely swift, it seems to hold itself back a bit from sporty. There’s a certain amount of restraint built in here, what with the decent ride and the planted feel. It seems strange to complain about such things, but the edge you want from something overtly sporty is elusive. The hot-hatch spirit remains, but the car feels more grownup. You might not be getting out of bed early for a B-road blast, but it makes the urban roundabout stage a lot more fun.

It’s accessible, there’s no bite or snarl to the car, but it’s the difference between Arcade and Simulation mode. Personally, I like that—I don’t want to suddenly find myself sitting backwards in a hedge next to a nonplussed sheep of a Saturday afternoon.

What do you get with it?

Suzuki has done its best to liven up what is essentially a budget cabin. A sporty red dash-top pattern is deployed to tasteful effect, the leather steering wheel pleasant to hold, and the ‘racing’ seats grip you solidly by the muffin tops. The accents can’t disguise the retro aftermarket-style touchscreen, however, which does at least come with Apple CarPlay and Android Auto. 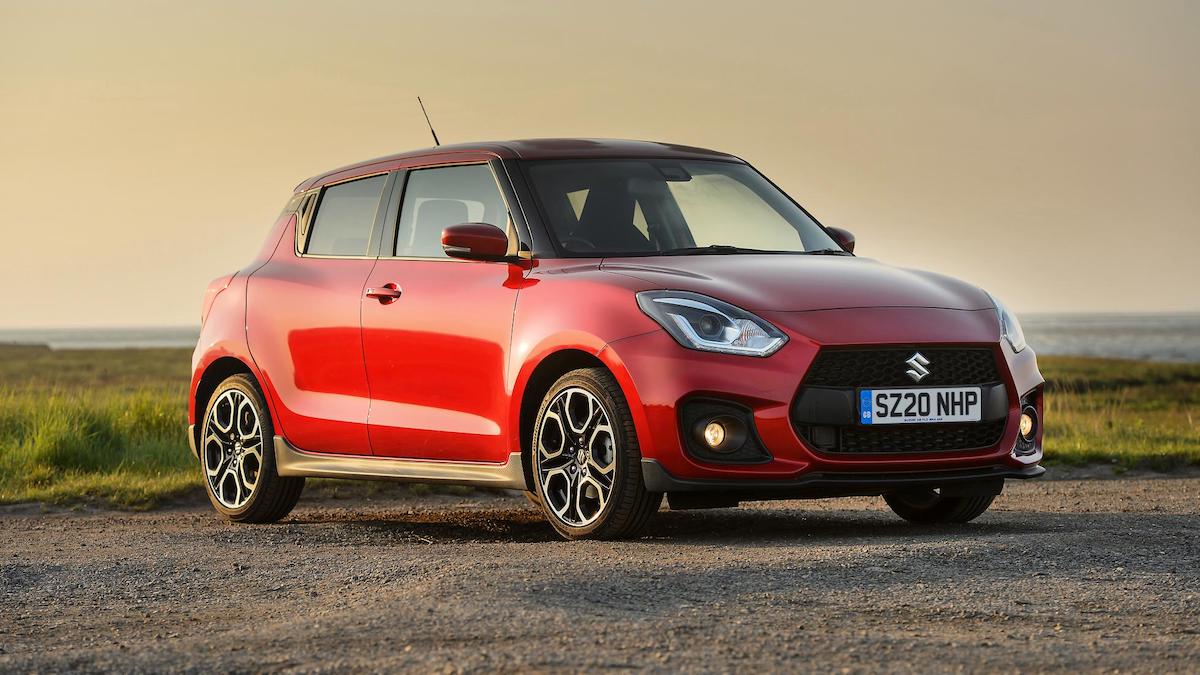 The Swift Sport comes with the usual selection of go-faster stick-on attachments, such as the sports exhaust, stylish front and rear bumpers and a demure roof spoiler. You get a choice of six paint colors for free, but you can pay extra for a tasteful assortment of stickers and stripes or a black roof and door mirror pack.

What else do I need to know?

It seems to be a bit of a modern NCAP test-related phenomenon, but the on-board safety systems verge on obnoxious. The Brake Support setup is particularly vocal, continuing to sound the alarm long after you’ve binned it or the danger has passed. You can turn it off, but every time you get back in the car it will reset and haunt you. 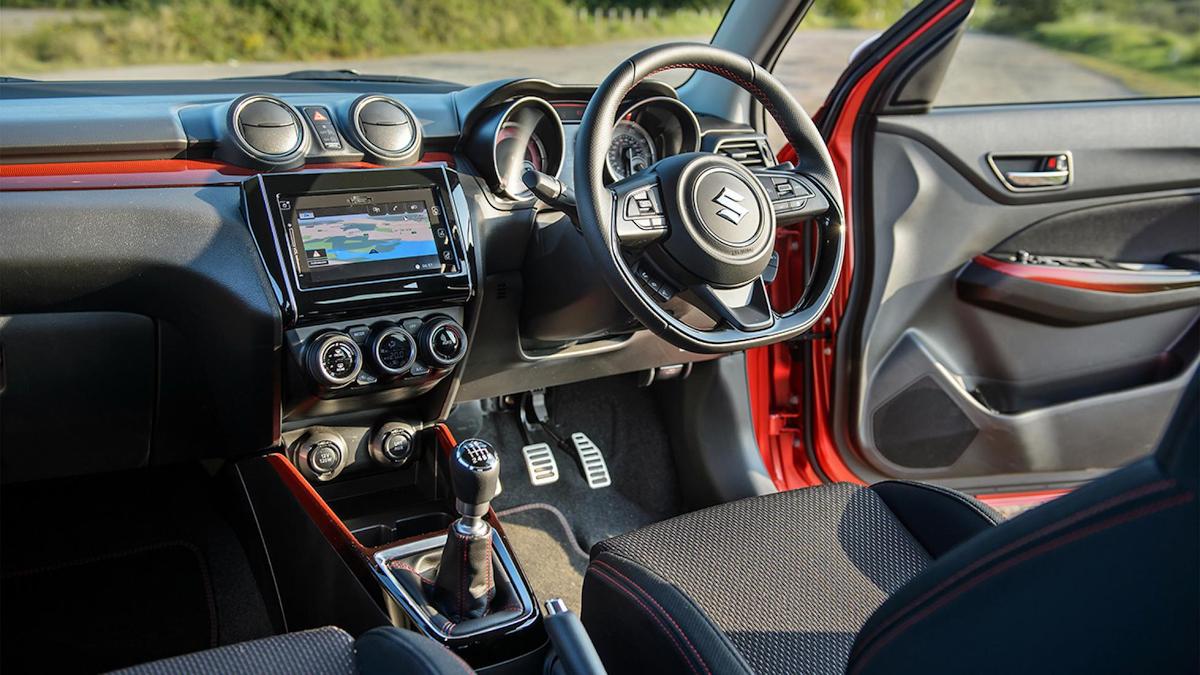 Likewise, the digital display on the instrument panel seems like a nifty overload of information about the car when you cycle through the first eight times, but it’s largely useless and slightly gimmicky.

It’s not all bad—the Swift Sport is reasonably practical if you’re that way inclined—it’s got a wide cargo area and it’s a decent size, both for luggage and passengers.

Well, this is the rub. The Swift Sport is not a cheap car—it never really was before the hybrid upgrade at £17,999 (P1.15 million), but the new hike in asking price asks questions that this poor little car doesn’t really have any answers for, despite the impressive standard specification. 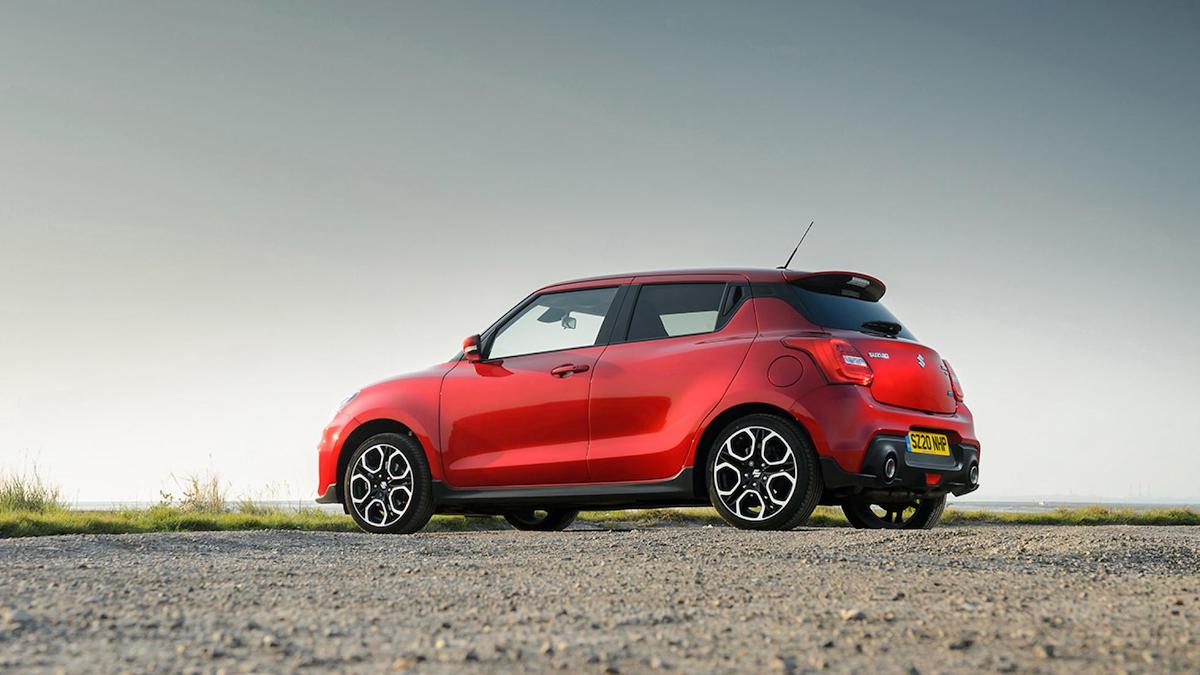 What was an intriguing gateway hot hatch has been hobbled to the point that you’d have to really want one to pick it over the competition. Which is a shame, because the Swift Sport is a neat little car. 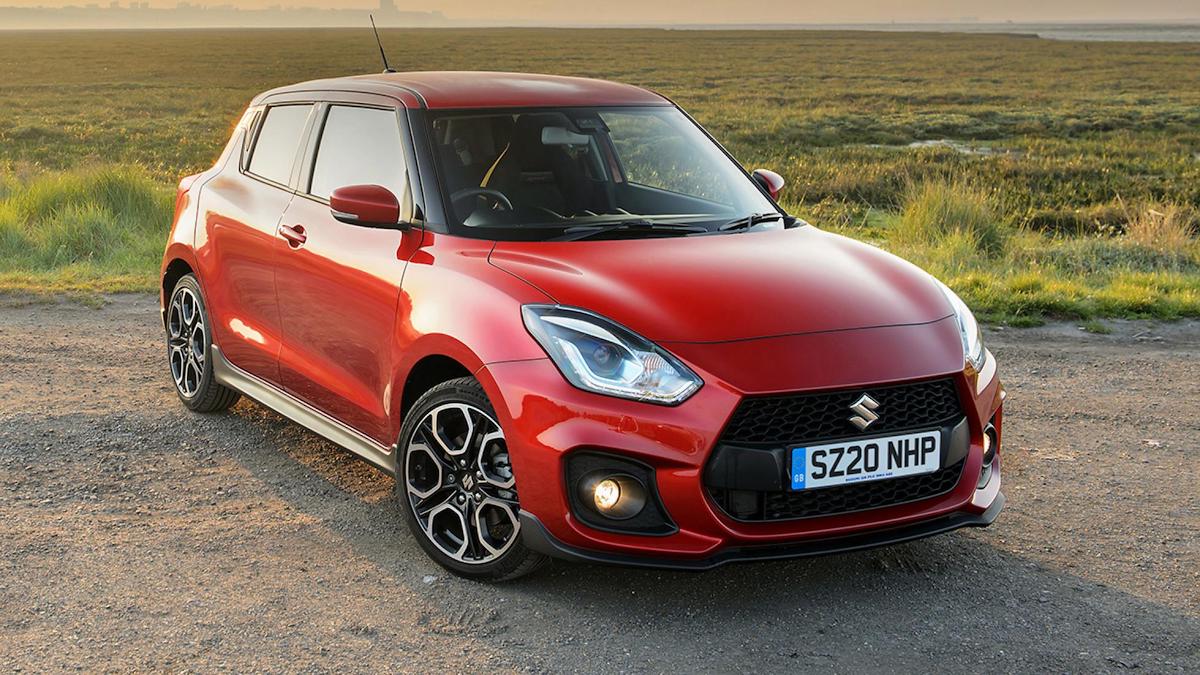 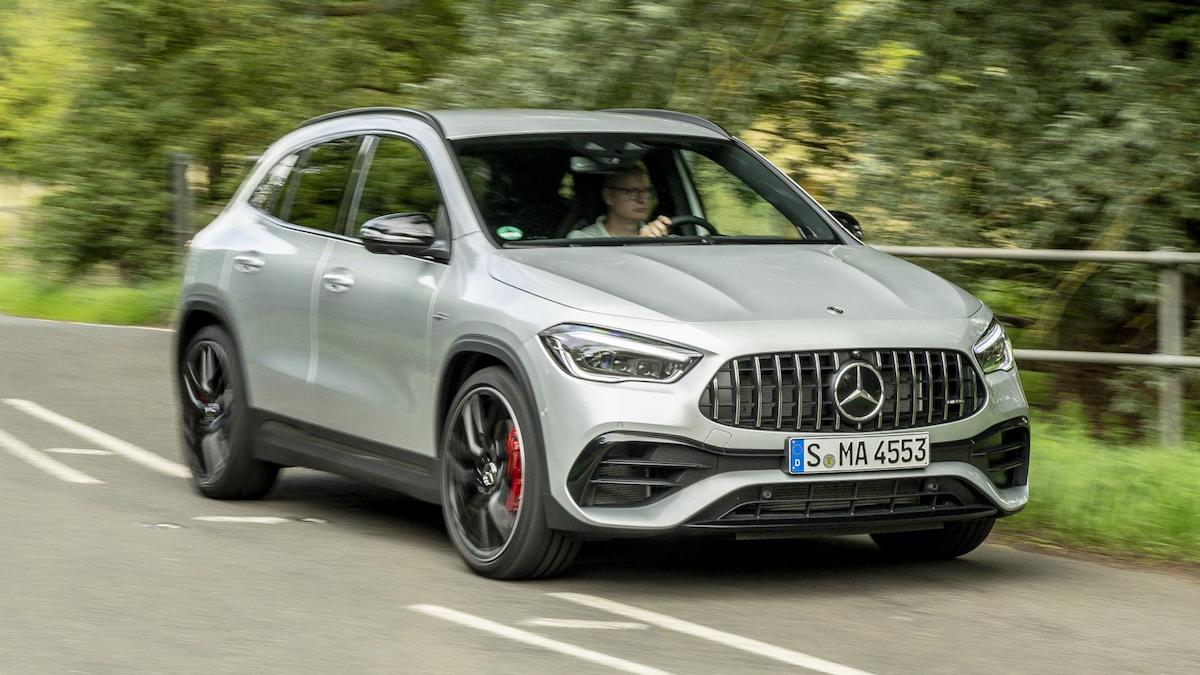 The 2020 Mercedes-AMG GLA45 S is a hard core crossover
View other articles about:
Read the Story →
This article originally appeared on Topgear.com. Minor edits have been made by the TopGear.com.ph editors.
Share:
Retake this Poll
Quiz Results
Share:
Take this Quiz Again
TGP Rating:
/20