Review: The new 4-Series Convertible is the definitive four-seat cabrio

The story here: a cloth roof. The last two generations of this car (one the last to be badged ‘3-Series’; the other the first to carry the 4-Series name) deployed three-piece folding metal roof mechanisms, sacrificing weight, packaging, and some style in the name of better aerodynamics, refinement, and security.

For the new 4-Series Convertible, BMW has had a change of heart and returned to the classic fabric roof, though it’s a lot cleverer than it used to be, and capable of retracting in 18sec at speeds of up to 50kph.

Why the change in roof design?

The new top is apparently 40% lighter than the old folding hardtop roof, despite incorporating a heated glass rear window that separates entirely from the rest of the roof as it motors in and out of place. When lowered, the folded-up roof lives in the upper part of the trunk, which is obviously smaller than the 4-Series Coupe’s as a result. 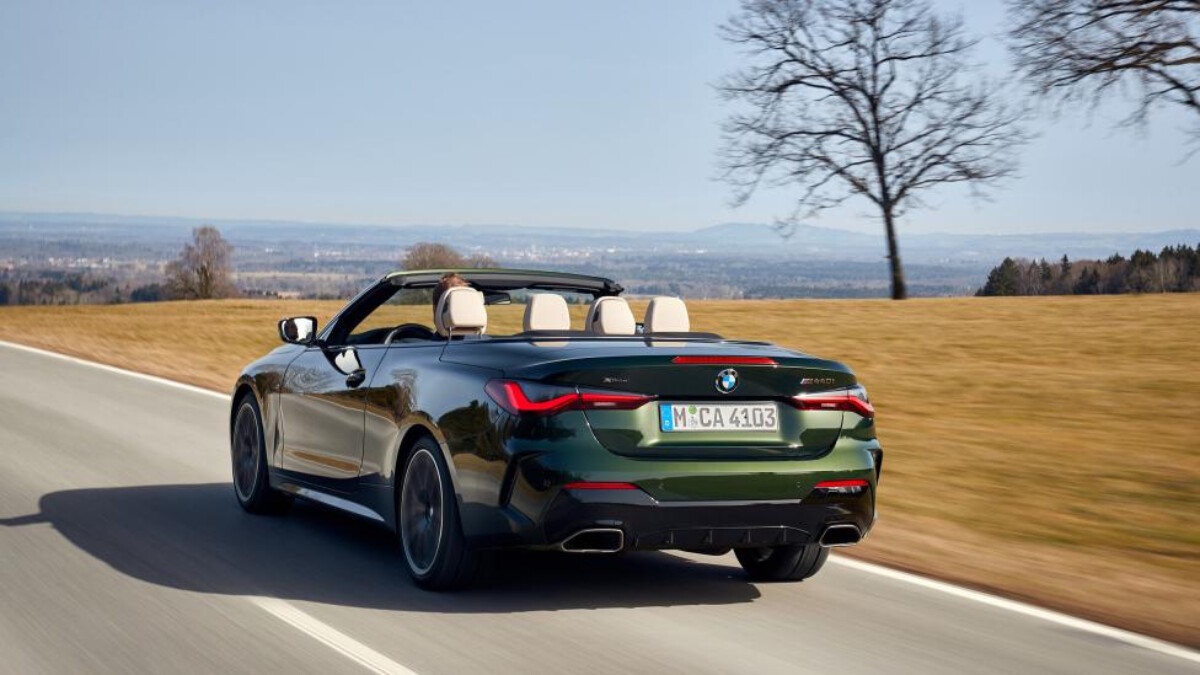 An excellent spread of engines is available at the other end. There’s a pair of four-cylinder turbopetrols good for 181hp or 254hp, or the 187hp 420d diesel. The diesels and top-of-the-range gasoline have 48V hybrid boost, but there’s no plug-in or pure-EV version.

BMW is still well and truly ‘in’ on diesel, so above the 420d, there are 430d and M440d options, both with all-wheel drive, good for 280hp and 335hp, respectively. These both enjoy 11hp of 48V hybrid boost charged on the overrun and when braking. The system is also plumbed into the gasoline M440i, which develops a meaty 369hp.

Drive is sent to all four wheels (with a rearward bias) via an eight-speed automatic gearbox. This M440i xDrive is the version we’ve tested, but we’d driven the 420d and the 420i coupes, and found them to be fine machines. Truly, if we’re in the twilight years of the internal combustion engine, BMW is bowing out with some of the very best ‘real-world’ motors.

What if I need to go, like, really, really fast? 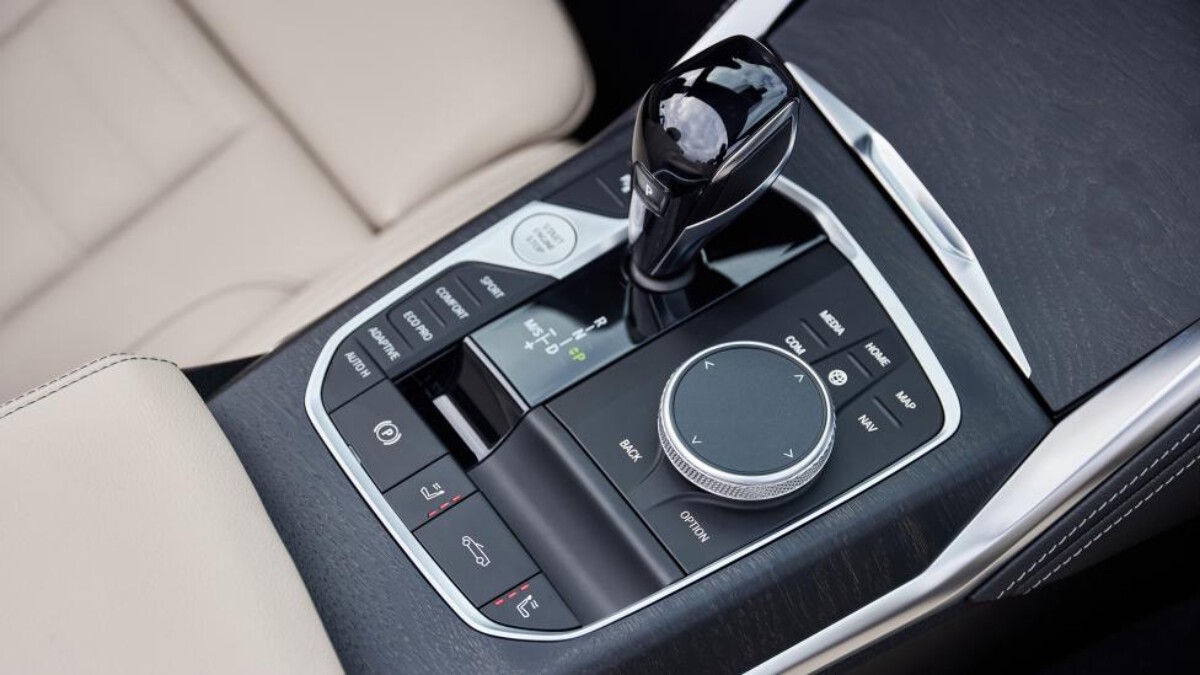 Big fan of powerful engines? Really dislike your hairdo? Then you’ll be needing to upgrade to the M4 Competition Convertible, which comes as standard with a twin-turbocharged straight-six, four-wheel drive, and 503hp. It’ll scorch from 0-100kph in 3.7sec and run on to a limited top speed of 280kph, and so it should for a price tag of some £82,000 (P5.56 million).

How much is it and what are the rivals?

The 4-Series Coupe is a deeply well-sorted car, but cabrios are a different animal. Dynamics matter less, and style comes to the fore. Is this a car that you yearn to be seen in, publicly endorsing BMW’s controversial beaver-face styling direction? If so, you’ve got lots to look forward to here. 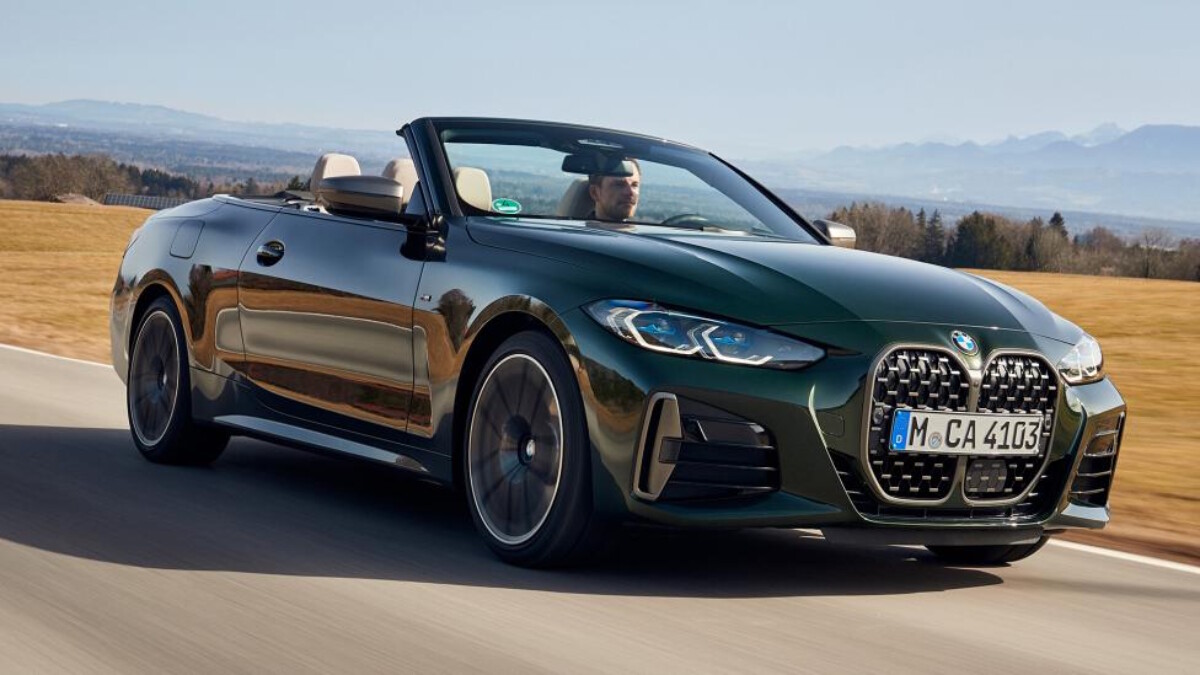 The M440i Convertible is a hefty car: some 1,890kg or around 120kg more than the hardtop. That’s perhaps a touch disappointing given BMW’s made big claims about the soft-top roof reducing overall weight, but it’s inevitable that a long two-door is going to require shoring up with girders and cross-bracing when the fixed roof is binned.

Is it a bit of a pudding, then?

That’s a tad harsh. Because the M440i Coupe itself is heavy, the extra mass hasn’t had a catastrophic effect on how the 4 goes down the road. The latest version is considerably longer and wider than the old model, as BMW seeks to increase cabin space, widen the tracks, and answer the latest safety demands, but once you accept that even with the thick end of 370hp, this is no sports car, then the 4-Series Convertible settles astutely into the role of swift sun-seeking cruiser deluxe.

With this world-class 48V assisted turbo-six providing the propulsion, performance barely feels blunted. BMW claims 0-100kph in 4.9sec and a top whack limited to 250kph, and it’s difficult to see how you’d justify needing the M4’s extra performance when there’s 500Nm of torque on tap and a sublimely matched eight-speed gearbox metering it out on your behalf—while also returning close to 17km/L on a cross-country cruise. 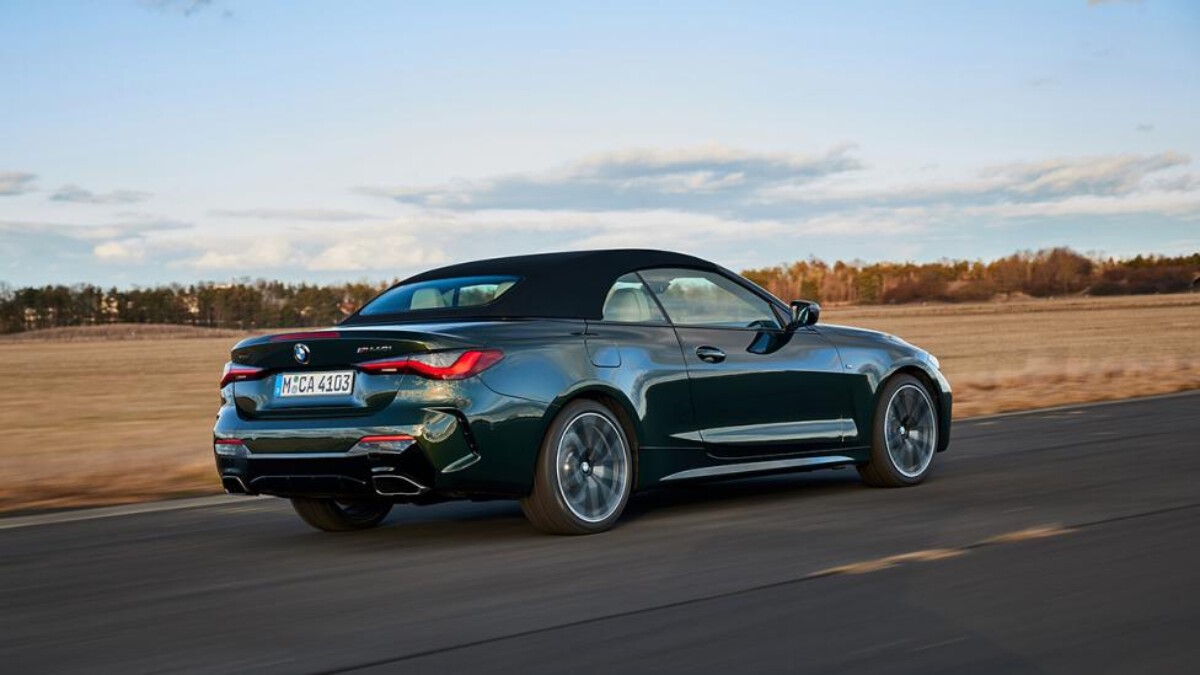 It’s a fabulous powertrain, and a great match for the cabrio life. While we haven’t tested the lesser engines in the Convertible yet, experience from the 3-Series and the 4-Series Coupe suggests a 420i will do the job astutely.

Does the convertible drive worse than the coupe does?

The steering wheel feels stable in your hands, and the mirror doesn’t quiver. BMW’s chassis-stiffening measures have worked. The ride, too—all M440is run on adaptive suspension with Comfort, Sport, Sport Plus, and Adaptive modes—feels ever so slightly slackened off for the soft-top versus the coupe. That fits the bill nicely. This isn’t a sports car that encourages you to really lob it about. It’s not a Mazda MX-5. What it’s got is bags of stability and grip, and a sense of planted surefootedness. 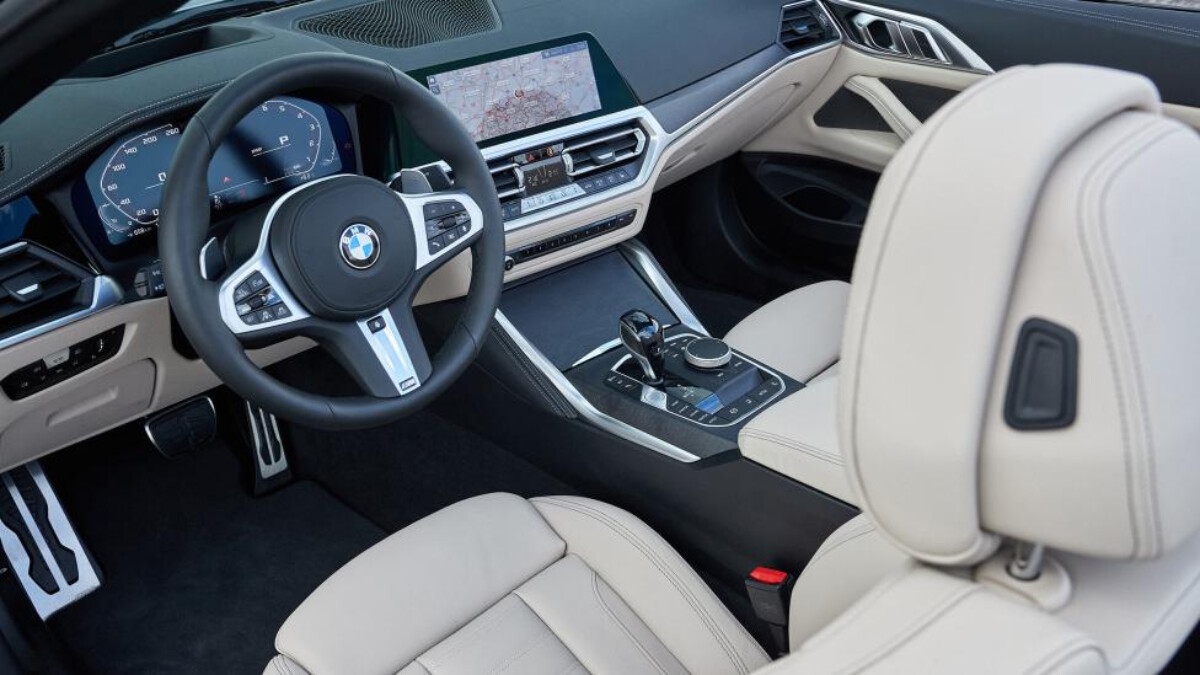 So, what about refinement? The 4-Series Convertible does without any sort of aero gimmick to smooth airflow into the cabin: no Mercedes-style pop-up ‘aircap’ here. Frankly, the car looks more elegant top-down for it, and there’s little in the way of buffeting to interrupt your conversations. In the front, at least. Fit the wind deflector and it’s capable of highway speeds with barely a ruffle of the hair.

Can I fit humans in the back?

The onrushing air tumbling from the windshield might make life in the rear seats above 100kph a touch draughty, but the very fact that the 4-Series can seat adults behind adults without complaint is a credit to the cabin space. Access to the back seats could be better—waiting for the front seats to motor forward can get a tad tedious. Alternatively, treat the car as a two-seater and use the mounting holes in the rear bulkhead to fit the static wind deflector.

Roof up, the 4-Series is well-insulated and there’s no flapping from the fabric top. Visibility is obviously compromised versus the coupe, but it’s by no means a letterbox out back. BMW’s surround-view and reversing cameras are some of the best in the business, so maneuvering this portly machine in parking lots needn’t be a hassle.

Does it feel expensive inside? 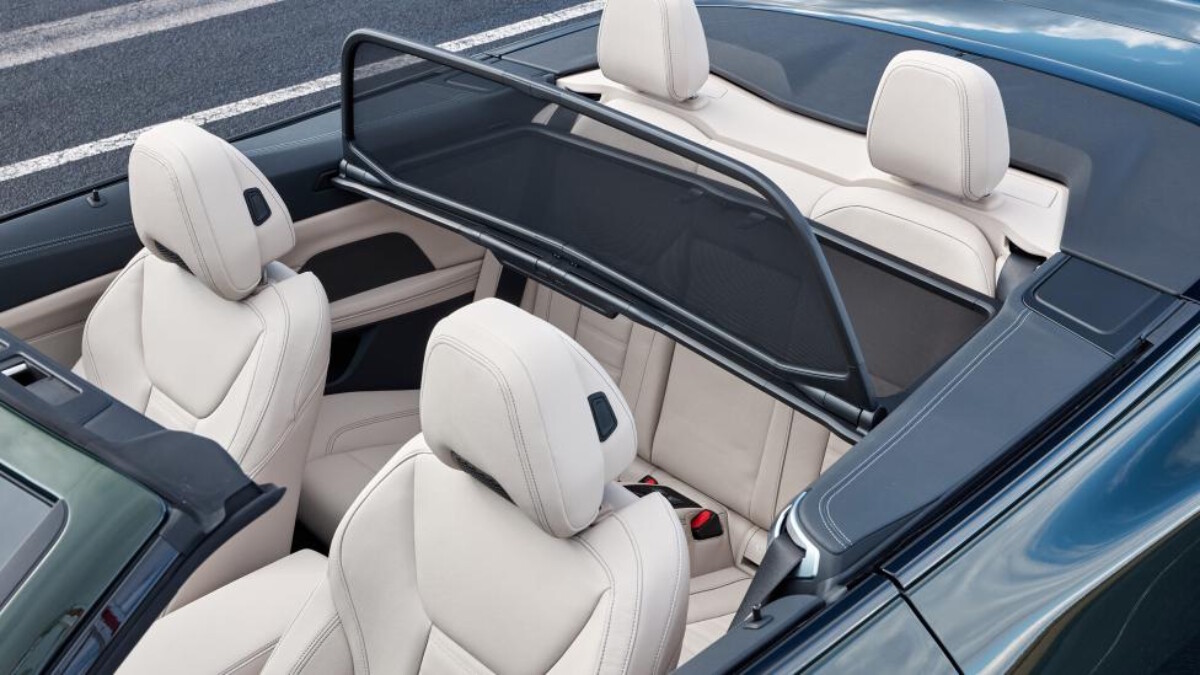 In the main, the cabin is obviously carried over wholesale from the 4-Series Coupe, and it’s a smartly finished, well-executed cabin that feels considerably more expensive than the old model’s interior. The only changes you’ll note are buttons for retracting the roof and activating the surprisingly weak heaters mounted in the seat headrest. If you live in a place that experiences all four seasons, the heated seats maintain a pleasant toastiness on a cool evening to maximize roof-down opportunities.

Something to bear in mind when it comes to infotainment: You might want to avoid using iDrive’s touchscreen capabilities and stick with the tactile clickwheel, the reason being that with the roof down and the sun out, smears and fingerprints massively increase the sunlight reflections in the screen, and can render it near-invisible. Not to mention you’ll be judged by anyone who happens to peer inside. 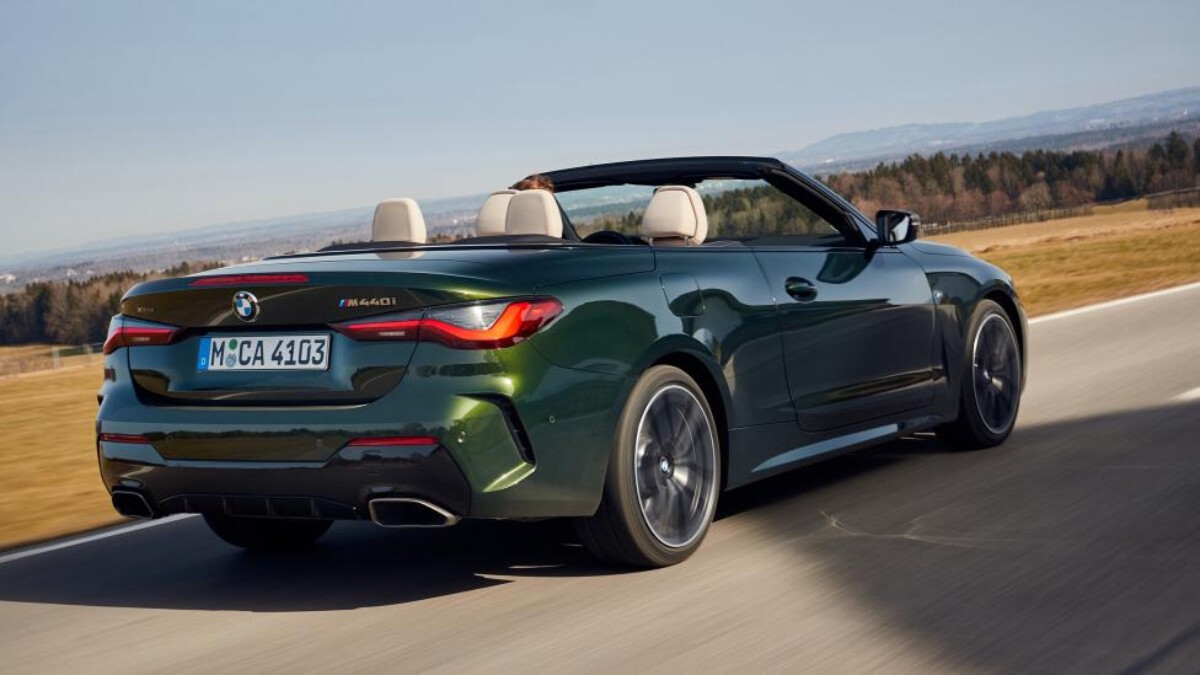 Just as the 4-Series Coupe is the best midsize sporty-lux coupe, the 4-Series Convertible is a class-leading drop-top. It hits every base: It’s refined top up or down, the engines are fabulous, and it’s spacious and reasonably practical, well-finished, and can be festooned with all the gadgets and assists you’d expect.

While heavy and not exactly agile, it’s an obediently assured thing to drive, should the mood take you. It’s a very complete machine, then—the only objection you’re likely to have is to the looks, which BMW insists have gone down a storm with its customers who bemoaned the fact that the old 4-Series didn’t look different enough to their bank manager’s 3-Series. You certainly can’t say that’s still an issue. 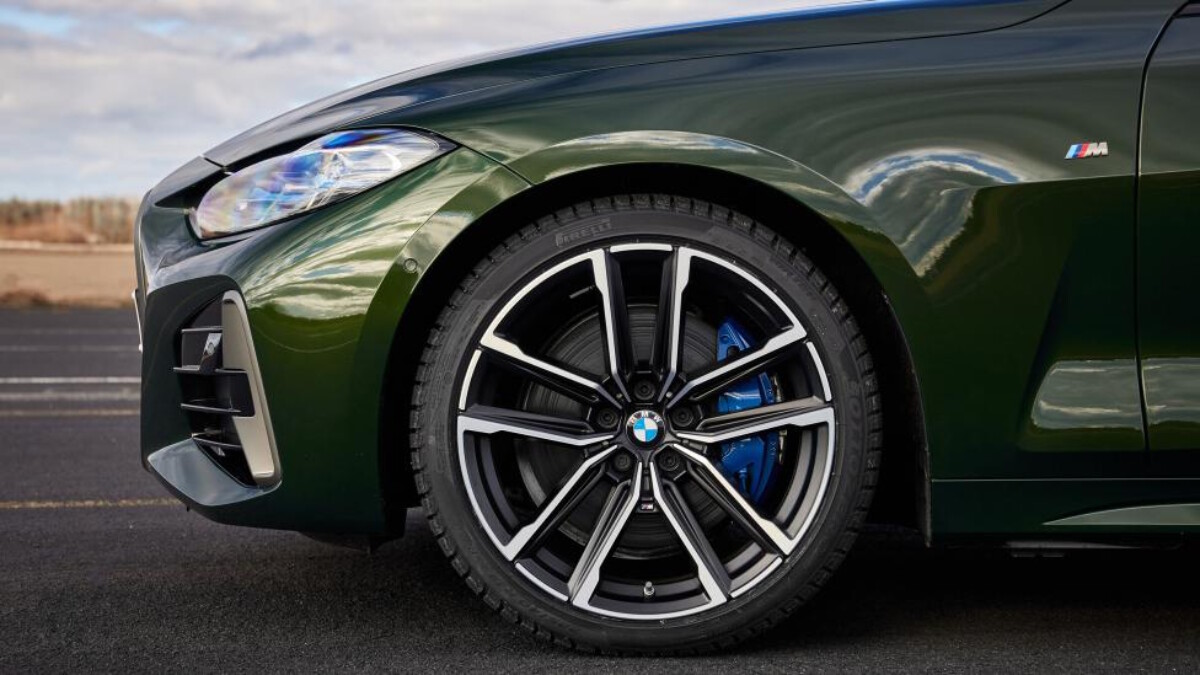 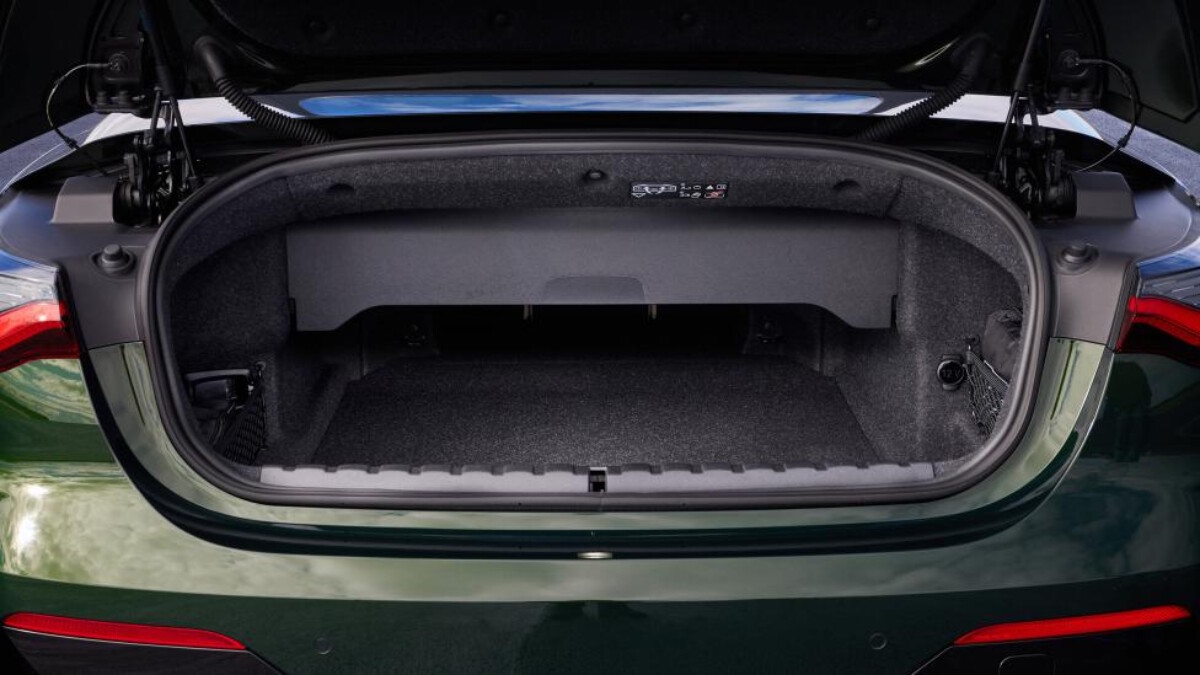 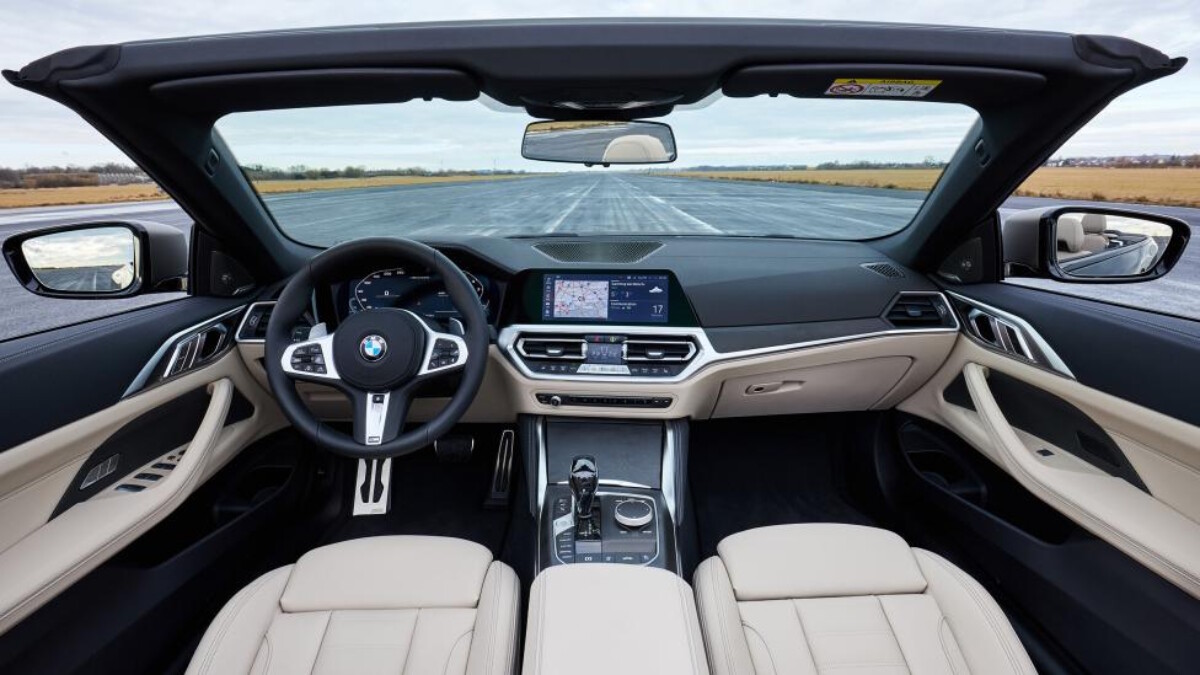 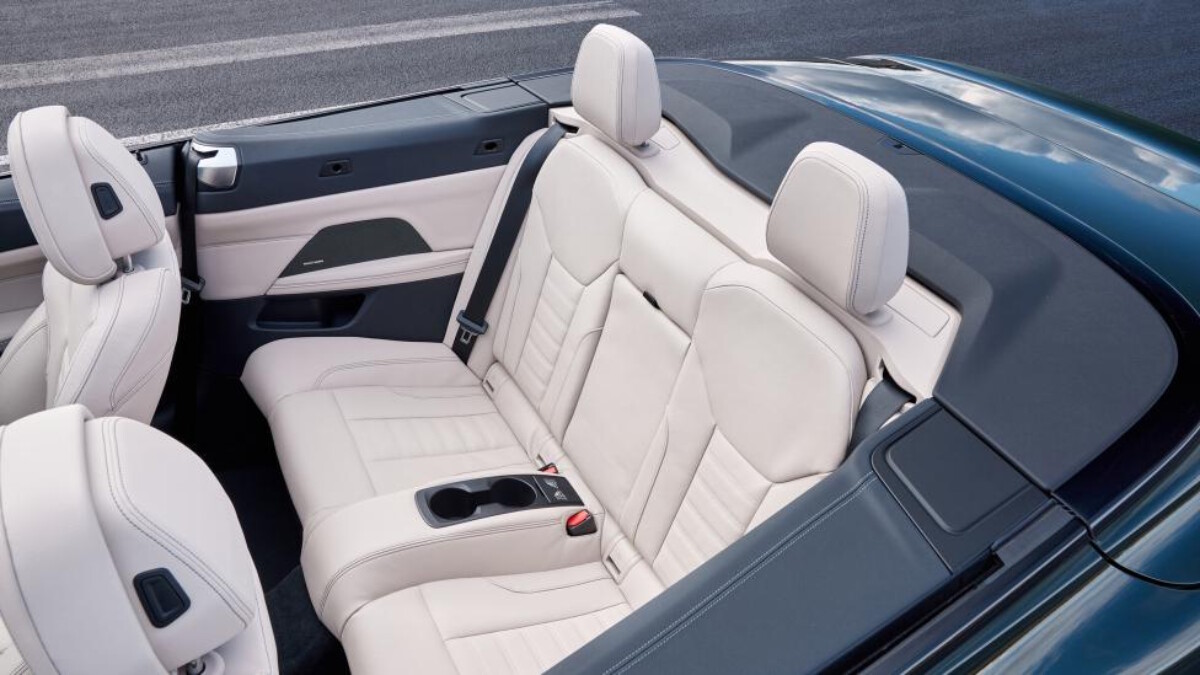 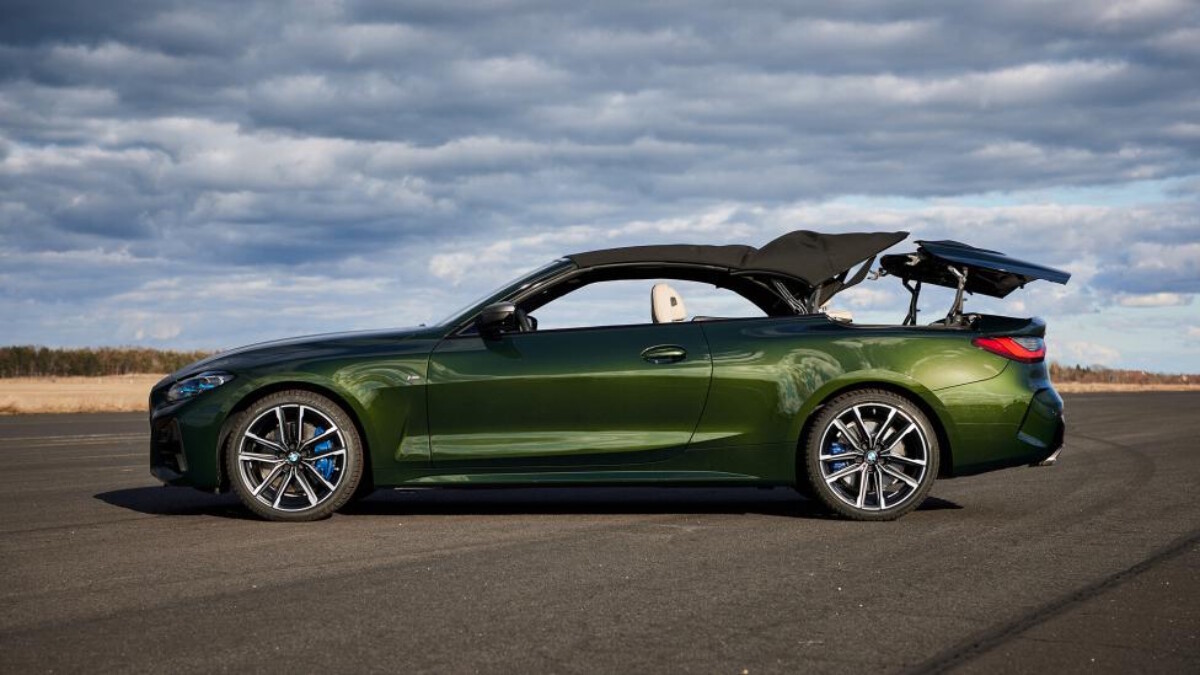 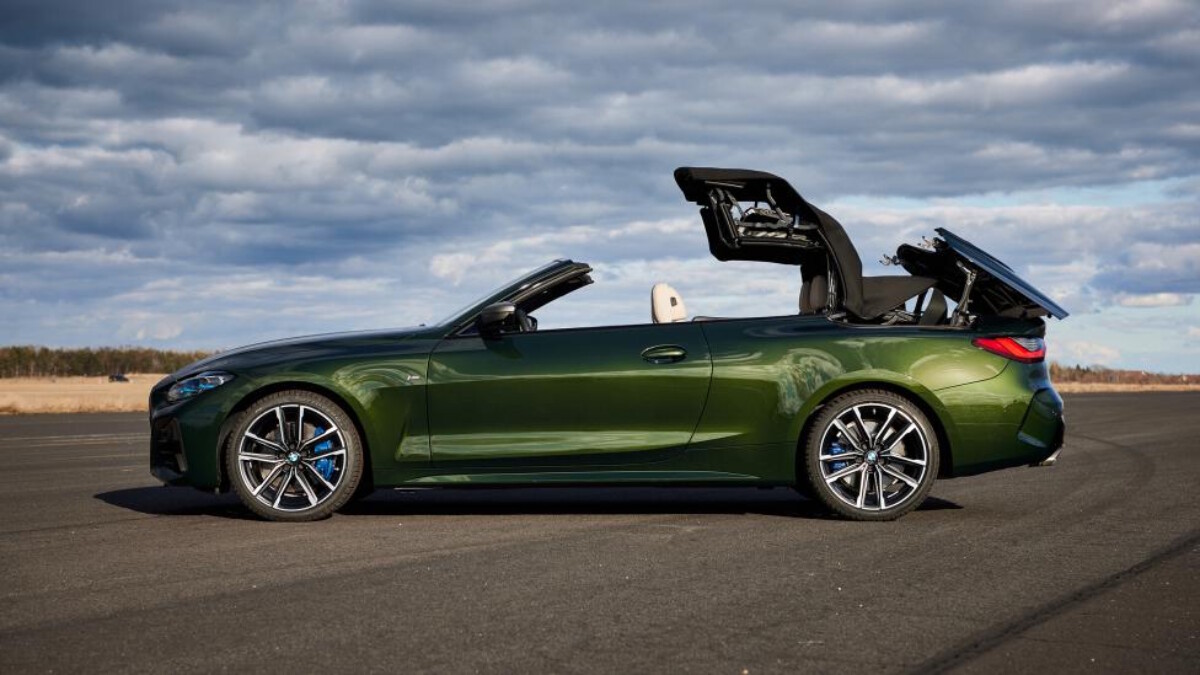 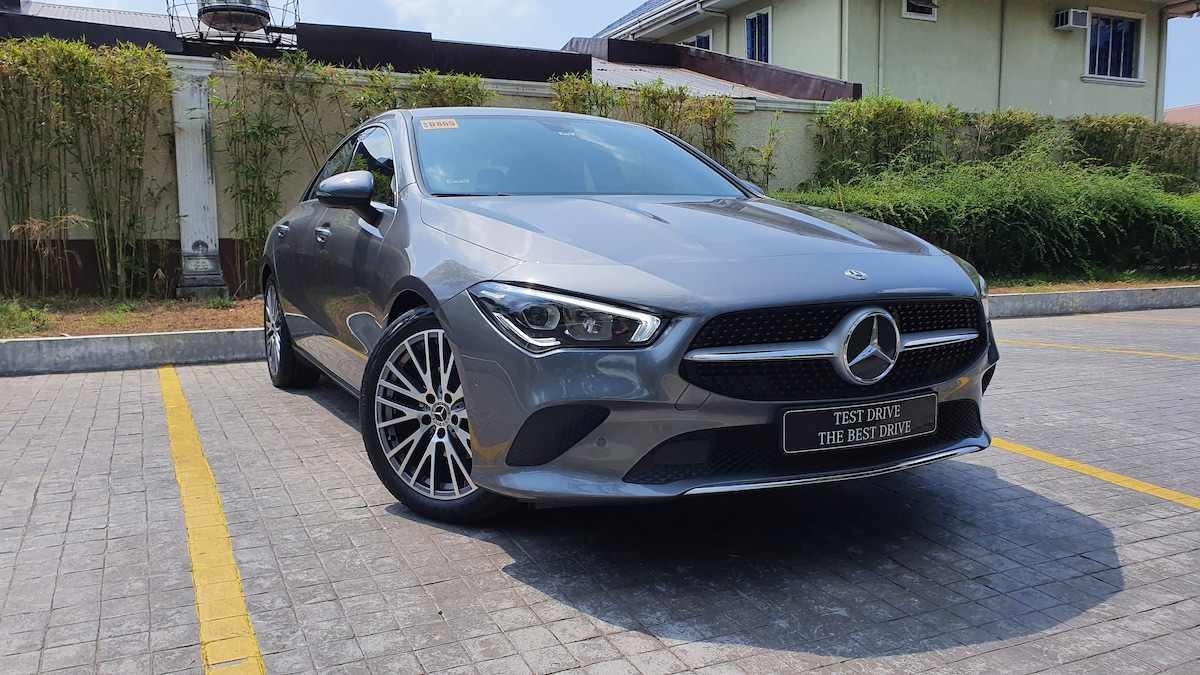