Review: 30 Years later, the Jeep Grand Wagoneer has pulled off a grand (re)entrance

“For Jeep loyalists, nothing else could be better in this class”
by TopGear.com | Oct 17, 2021
CAR BRANDS IN THIS ARTICLE

The Grand Wagoneer set the standard for US-built luxury SUVs until it was discontinued in the early ’90s. Big, boxy, and with a rumbling V8 and faux wood paneling, it defined a generation. And then, with gasoline prices and safety standards rising, it slipped away and died. Plans for its resurrection and reinvention swirled for years then decades, as Chrysler went through a couple of abusive relationships and almost disappeared during the 2008 recession.

But finally, almost 30 years to the day later, the Grand Wagoneer has rejoined the Jeep range alongside its identical—just less luxurious—twin, the Wagoneer. And while it used to have little to no competition, the world has since changed. GM has the all-new Escalade, Ford has the bang-up-to-date Lincoln Navigator, and there’s all manner of other full-size, three-row (and very good) SUVs from Europe and Asia to contend with.

Is the Jeep Grand Wagoneer a body-on-frame SUV? 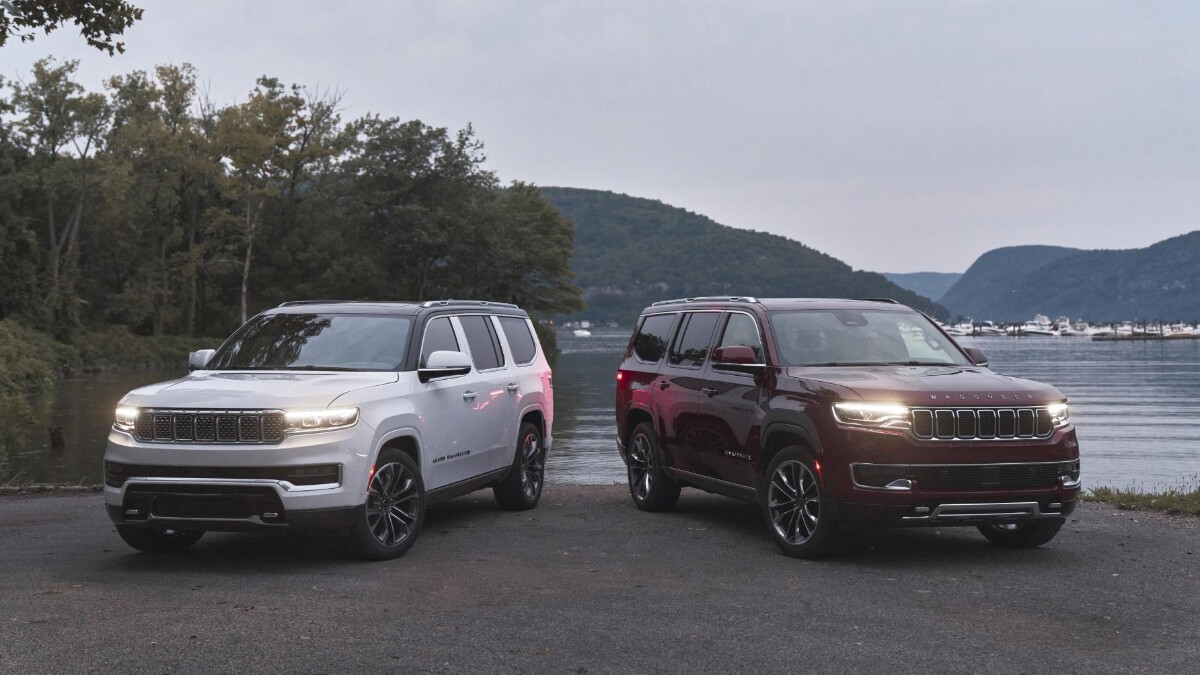 Sensibly, Jeep has borrowed the best from the Stellantis parts bin and created a convincing, capable, and luxurious body-on-frame giant that still offers its own distinctly Jeep flavor of full-size SUV. The air-suspended chassis—with an IRS instead of a solid rear axle—is from the RAM 1500 pickup, the engines are from the SRT performance division, the seating flexibility comes courtesy of Chrysler, the tuning and design are Jeep’s own.

The result is a vehicle with the interior quality that’s a match for the Lincoln Navigator, has the tech—and then some—of a Cadillac Escalade, yet still has the off-road chops and all-purpose functionality of a Jeep. But it’s not just those two it has to beat. By packing all those features, its price has crested $100,000 (P5.07 million) in top spec, so it’s in direct competition with Range Rovers and all the German brands, too.

Has the Grand Wagoneer got enough brand equity and unique ability to warrant that price and win 30 years after it left the market? Here’s what we found on the first drive in New York. 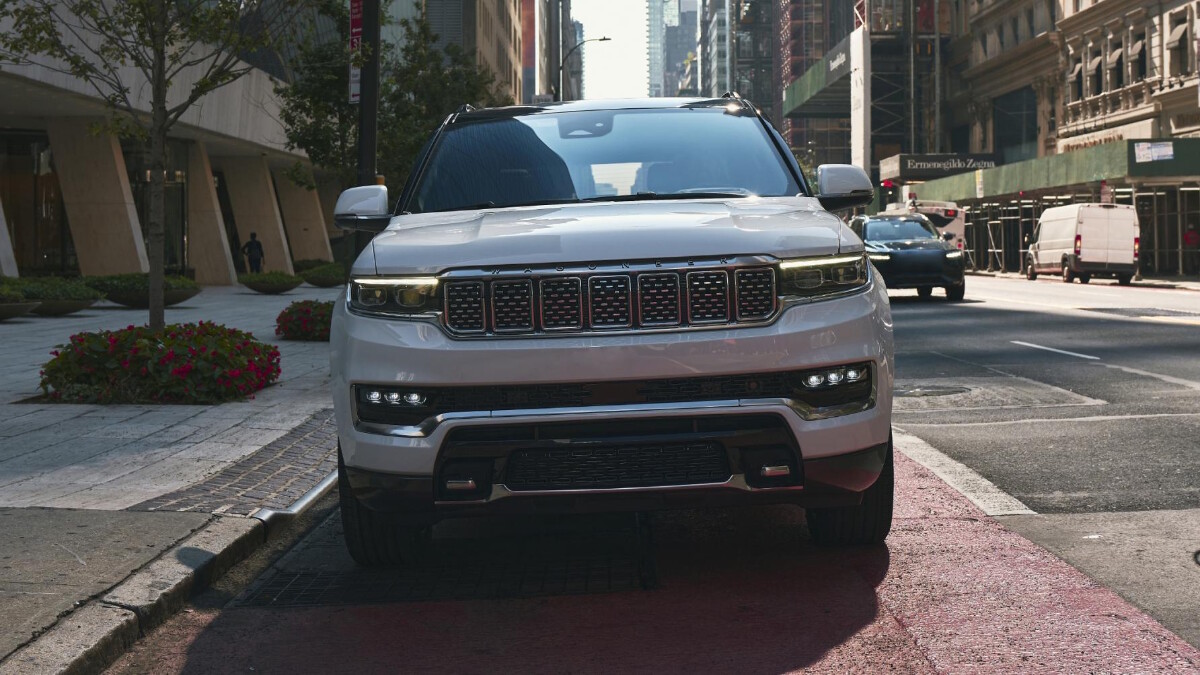 You’d expect something this big and long to handle like a truck and semi-trailer. But that’s not the case with the Grand Wagoneer. The chassis and the steering have been calibrated so that it feels like two feet of wheelbase have been chopped out once you get rolling. This makes city driving and parking—when you’re not using the automated parking feature—much easier than you’d assume from the vehicle’s vast dimensions. Not least because the steering is super-light.

The 471hp 6.4-liter V8 Hemi engine can’t hide its muscle-car roots and rasps politely but with intent on startup. Once underway, it’s virtually silent, unless you bury the right pedal. But even then, it still sounds far away. That’s because Jeep has worked wonders on insulating the cabin from all mechanical noises, so you flow along in a submarine stillness.

One that extends from tick-over all the way to the redline, the eight-speed ’box offering imperceptible changes in all but the most lead-footed of throttle applications. So, there’s no excuse for upsetting your passengers, each of whom has at least one dedicated screen—other than the rear row who will have to do with iPads—to distract them from the journey.

Is the Grand Wagoneer comfortable, then? 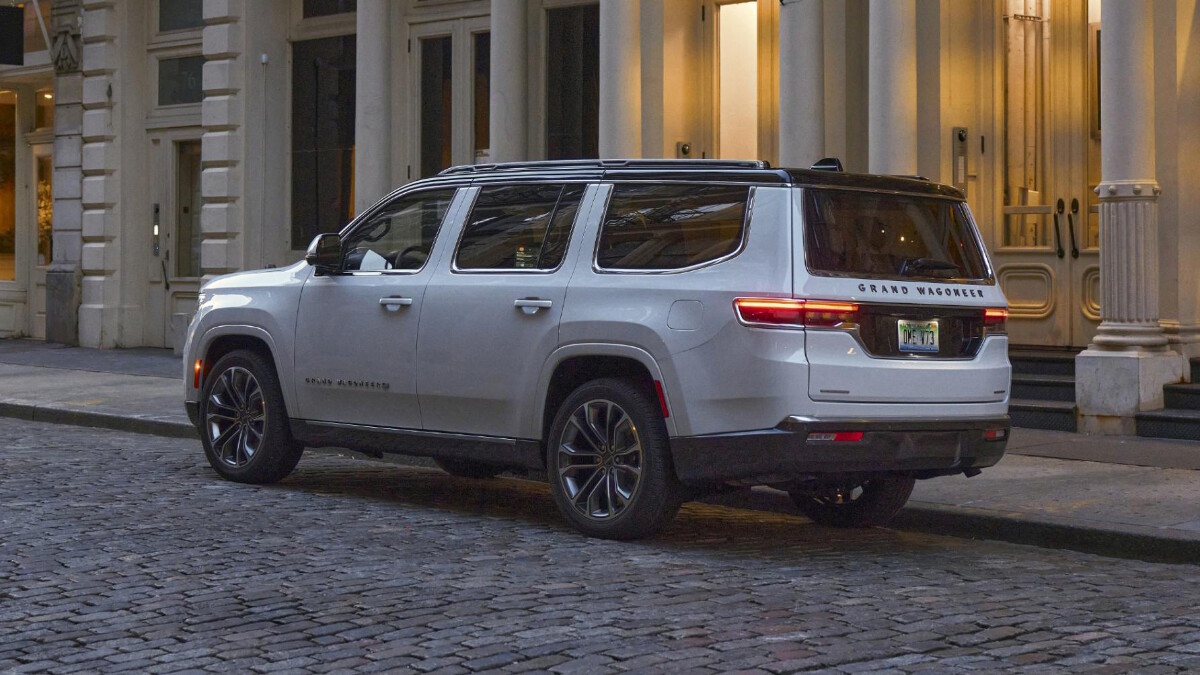 It’s really what the Grand Wagoneer is all about—creating a rolling bubble of comfort for up to seven people. You can hustle it down back roads if you are late for the airport—you just won’t enjoy it much thanks to the slightly excessive body swaying, that super-light steering, and early-onset understeer.

But its natural gait is to cruise. Which makes the suspension’s slightly choppy ride on broken surfaces all the more noticeable. Hopefully, it’s nothing a reprogram of the air suspension shouldn’t be able to iron out. But a surprise nonetheless.

Off-road, the surprises are all positive. With the ability to jack up the suspension so that there’s 10 inches of clearance, the Grand Wagoneer can ford, climb, scramble, and emerge like any Jeep should. Despite this one being almost twice the size of a Wrangler. And it can tow a huge amount of weight—over 4,500kg—thanks to the tow-hitch attachment point being welded to the chassis at the factory. 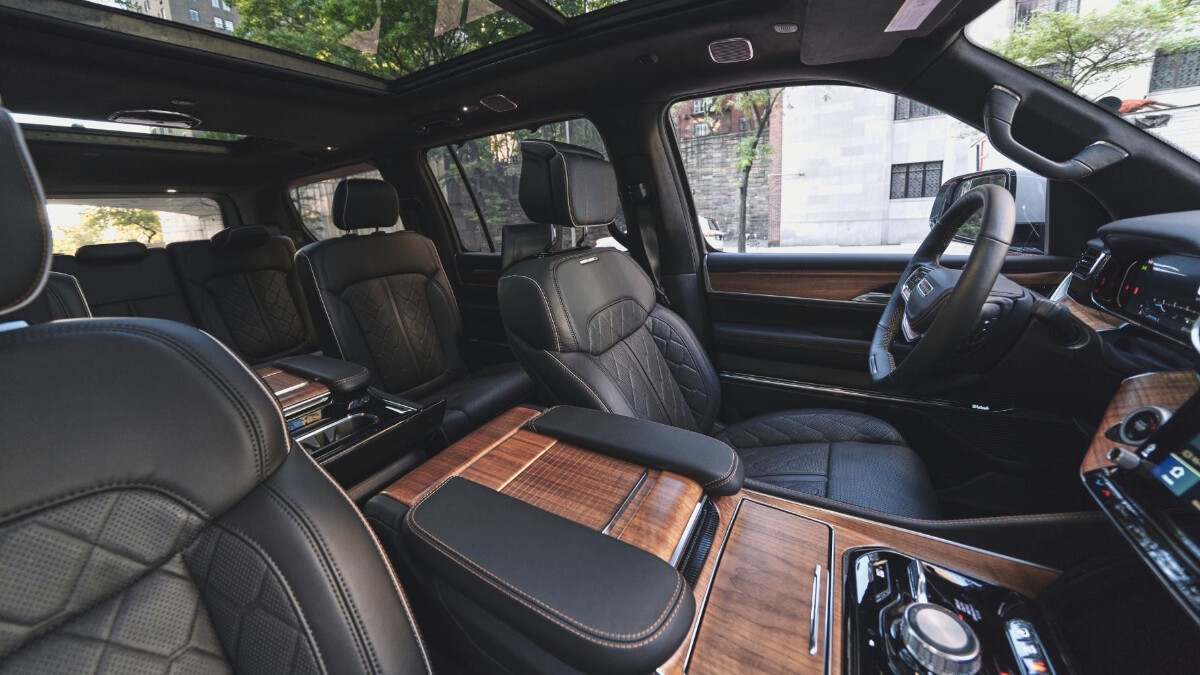 Say what you like about the exterior—and we think the rear three-quarters look a little awkward, the way the roof sits on top of the rear pillars and that upflick in the rear side windows—but the interior is plush. Jeeps have always had excellent interior functionality, but that is now converted here to premium sophistication.

The quality of all the materials is first-class, the design and ergonomics on a par with—or above—anything else in the segment. In fully-optioned spec, there are more pixels in the cabin than in your average cinema multiplex—or more than 12 million to be precise. This equates to multiple screens for the driver and the front passenger, then a screen apiece for the middle-row travelers. Plus a head-up display, a video rearview mirror, and a rear-seat monitoring system that feeds into the central touchscreen. 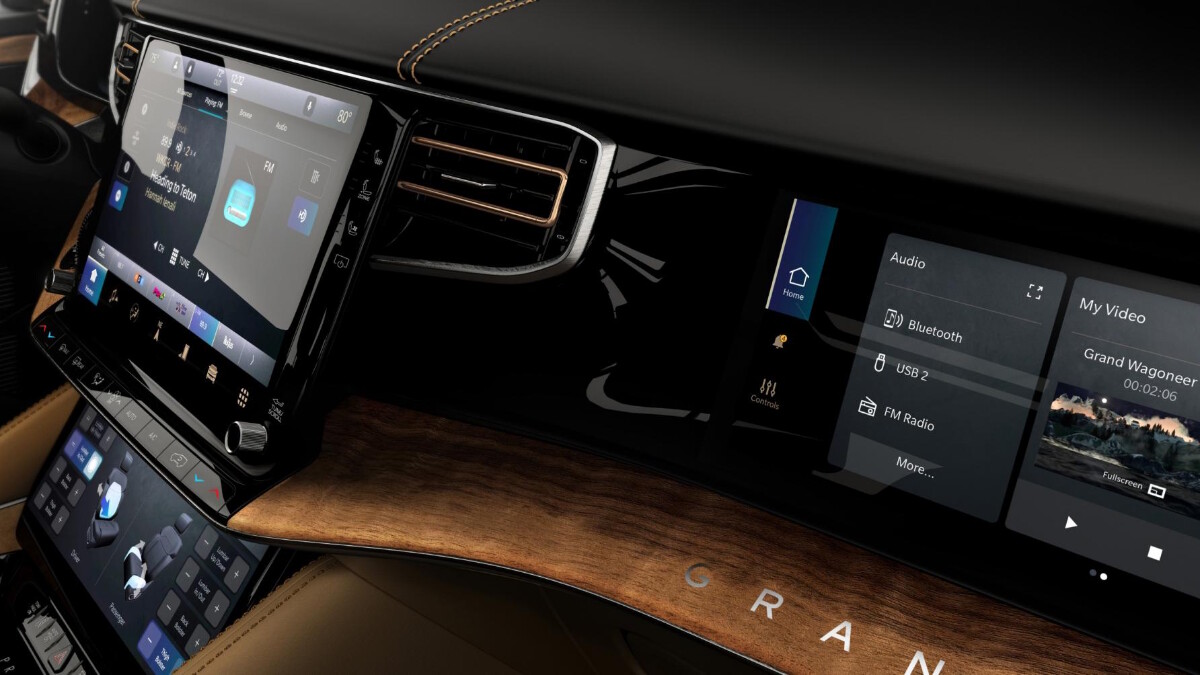 And that’s just the start of the luxury features. There are massaging seats up front plus an ear-pleasing and audiophile’s dream 23-speaker McIntosh sound system reaching every corner of the cabin.

But Jeep hasn’t forgotten about the necessary practicality. The middle row of two captain’s chairs can be spec’d as a three-seater bench, and there are more than 2,010 liters of space in the back when the third row is stowed. It’s 764 liters with the third row in place. 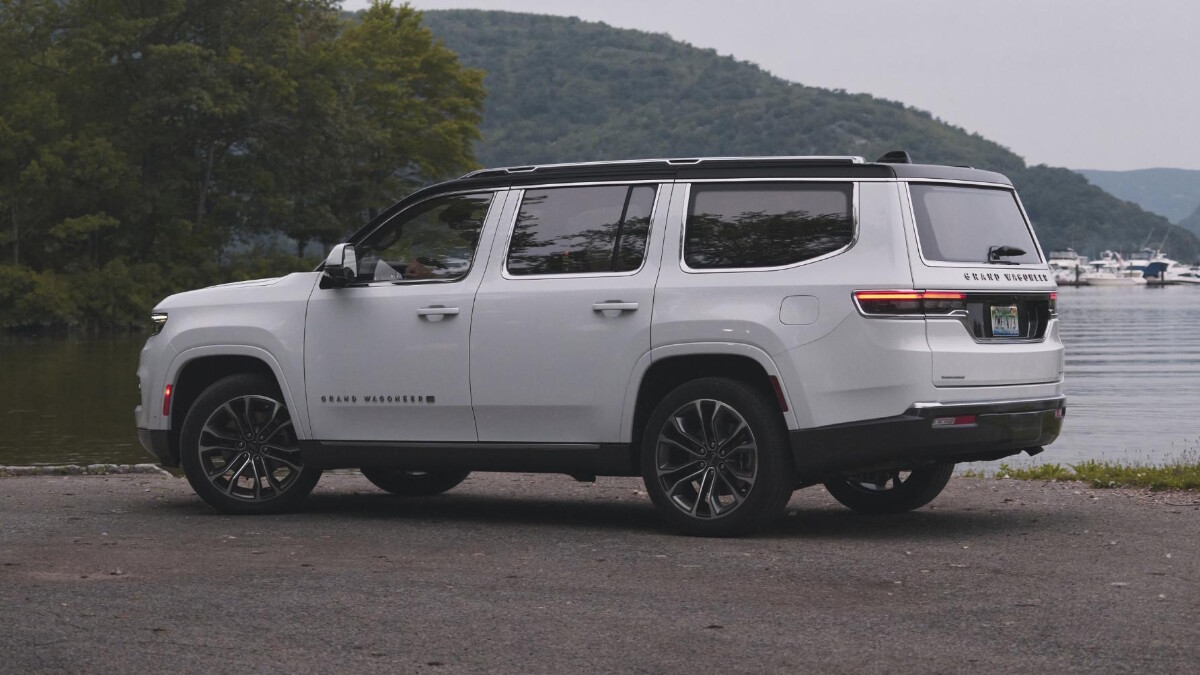 Jeep might have taken 30 years to give us the new Grand Wagoneer, but it’s pulled out all the stops to make the best vehicle it could. It doesn’t set a new high bar for anything in particular—other than maybe the best-sounding audio system in an SUV—but then the competition is so strong, that would be next to impossible.

What it does do that no other SUV can do is be a luxury three-row Jeep, and for a lot of people, that will end the conversation right there. For Jeep loyalists, nothing else could be better in this class than the Grand Wagoneer, despite its occasionally unsettled ride and those subjective love-it-or-hate-it design cues. 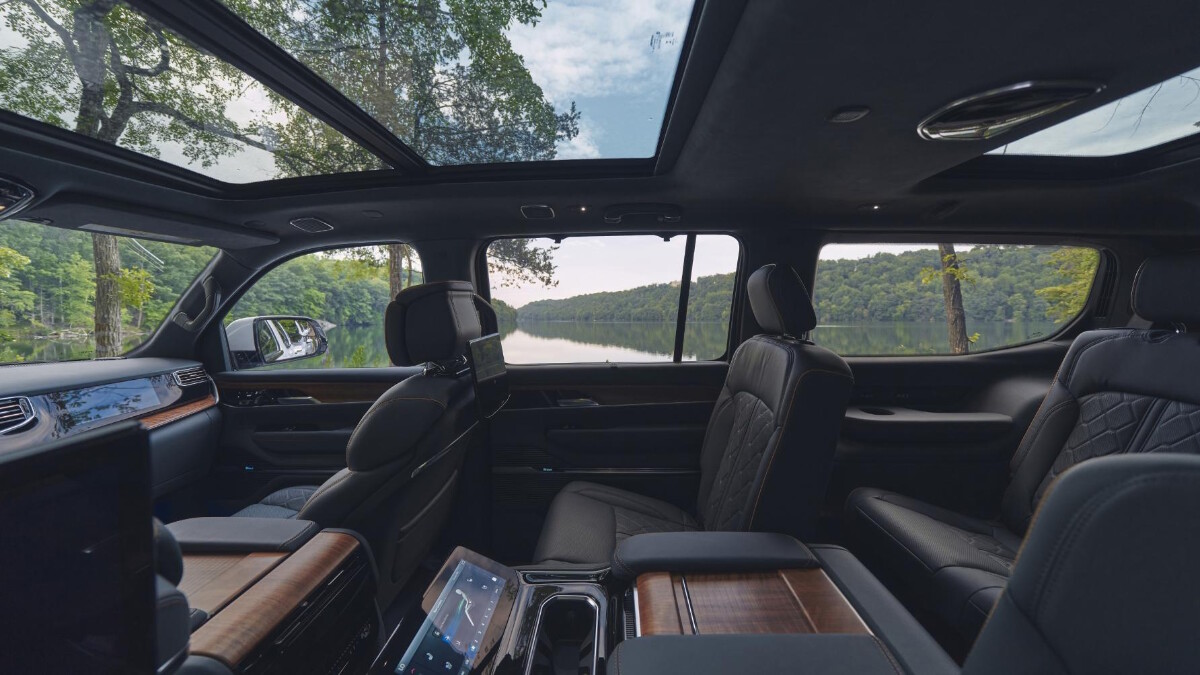 The only problem might not be the external competition, but other vehicles in the Jeep lineup. The new three-row Grand Cherokee L offers pretty much all of the Wagoneer’s features, just without the colossal bulk, the V8 engines, and the major price tag.

When we drove that recently, it felt far more alert and wieldy on the road, had performance to spare, and oozed creature comforts—including the prized McIntosh setup—in the higher-spec versions. So, unless you absolutely need the Grand Wagoneer’s somewhat marginal extra space, towing capacity, or bling, the Grand Cherokee L might make quite a lot more sense. 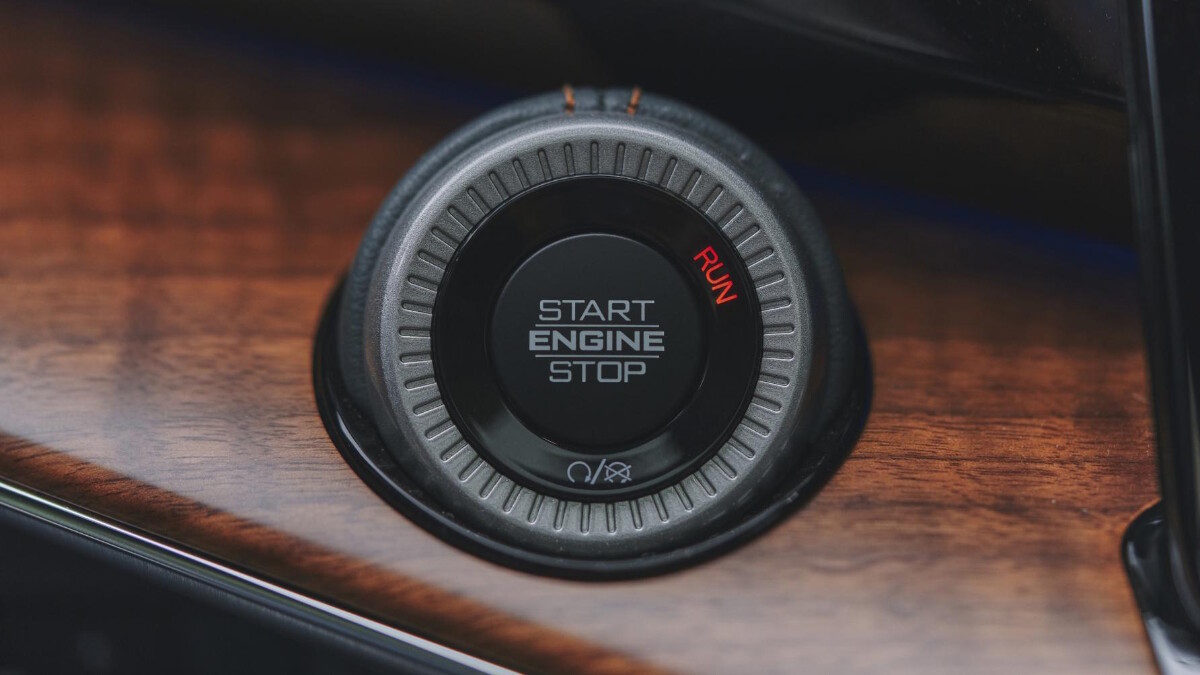 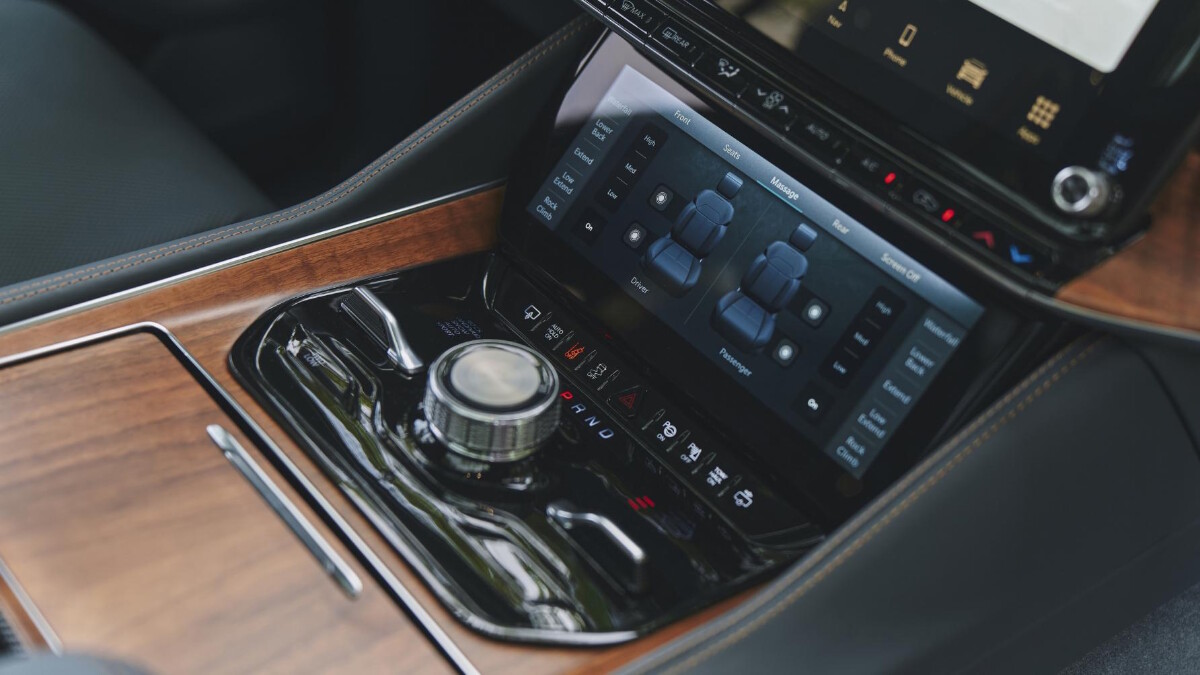 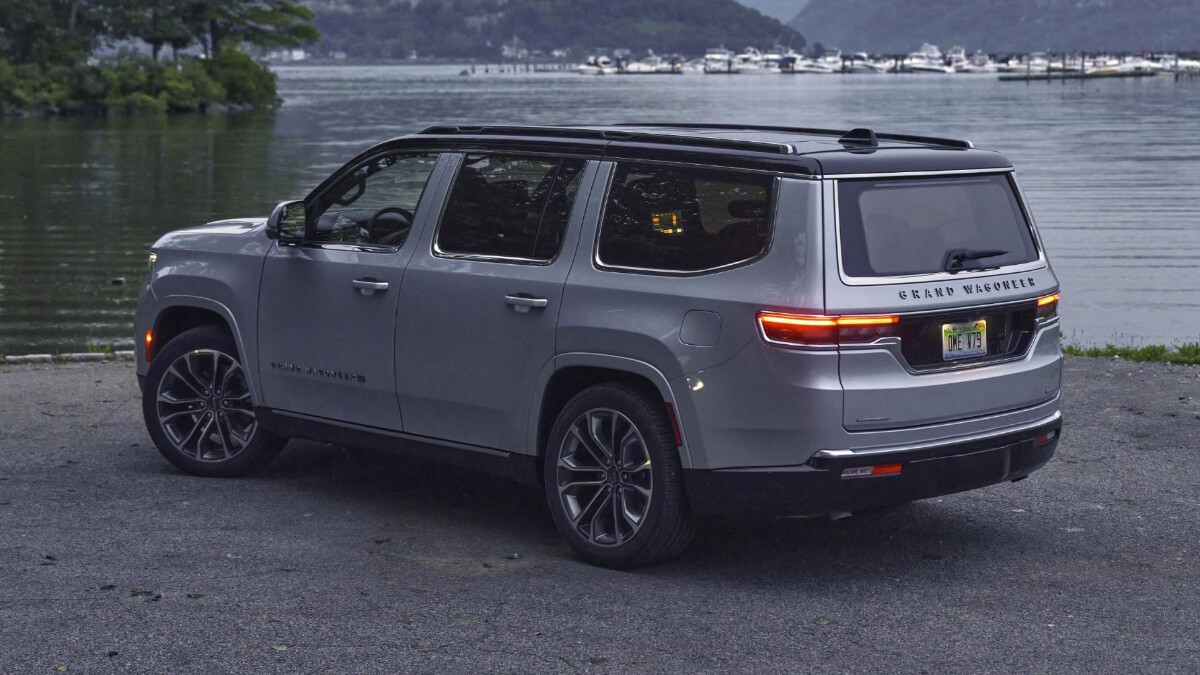 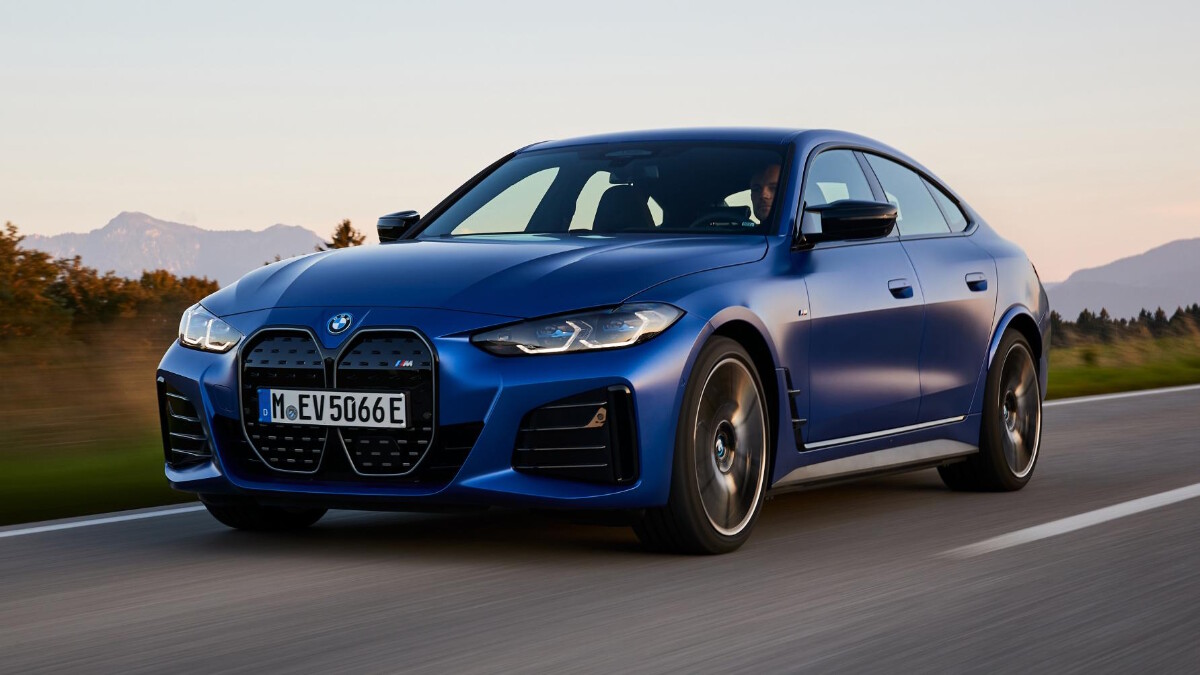 Review: The i4 isn’t quite the ultimate driving machine, but it’s a proper BMW
View other articles about:
Recommended Videos
Read the Story →
This article originally appeared on Topgear.com. Minor edits have been made by the TopGear.com.ph editors.
Share:
Retake this Poll
Quiz Results
Share:
Take this Quiz Again
TGP Rating:
/20