Review: Driving the Benz Patent-Motorwagen is much better than you may imagine

The start. That’s what this is. The germ, the seed, the Big Bang moment of the passenger car. The heat and light of the expanding universe of the modern vehicle can be traced back to this point. The (Karl) Benz Patent-Motorwagen of 1886 is pretty much regarded as the world’s first automobile. It is therefore as retro as it’s possible to get without requiring a feed bag and a shovel.

There are three really obvious, wheels, measured in feet rather than inches. There’s a 1.0-liter single-cylinder motor in the back, countered by an absolutely whopping horizontal flywheel to balance everything out and prevent the car from shaking itself to pieces, a trembler coil ignition, and a drip-oiling system. There’s a lot of brass. The carb is evaporative and operated by a sleeve valve that kinda/sorta of acts like a throttle, and the output is approximately three-quarters of one horsepower to one hp at roughly 400rpm (we’re guesstimating here, because there are no dials). Which is—apropos of nothing—720 times less than the output of the current Mercedes-Benz GTR Black Series.

The ‘suspension’ is via elliptical springs, the steering is via a geared tiller, the drive is delivered to both rear wheels via a pair of chain drives linked by a simple beam axle. The ‘transmission’ is a big leather strap that operates as a simple single-speed, pushed by the big lever on the left-hand side of the operator’s wooden bench from an open to drive disc to engage forward motion, and reverse is engaged via the medium of shoe leather and a bit of sweat. Or parking on a slope.

And it’s beautiful—part-vintage automaton, part-church organ, part-antique loveseat. Back in the day, this was the Chiron of its age. Except it had no comparatives. Various versions made their appearances as Karl Benz improved the breed, birthing 1.5hp and 2hp variants, with some 25 Patent-Motorwagens being produced between 1886 and 1893. The world’s first production car, then, later replaced by the Benz Velo. This one is actually a faithful reproduction (nut-and-bolt perfect) maintained by the Mercedes-Benz museum, and it operates exactly as it did back in the late 1800s. It’s probably slightly more reliable—modern tolerances narrower than the castings of the true original—but the drive is pretty much as close to as it was as can be. 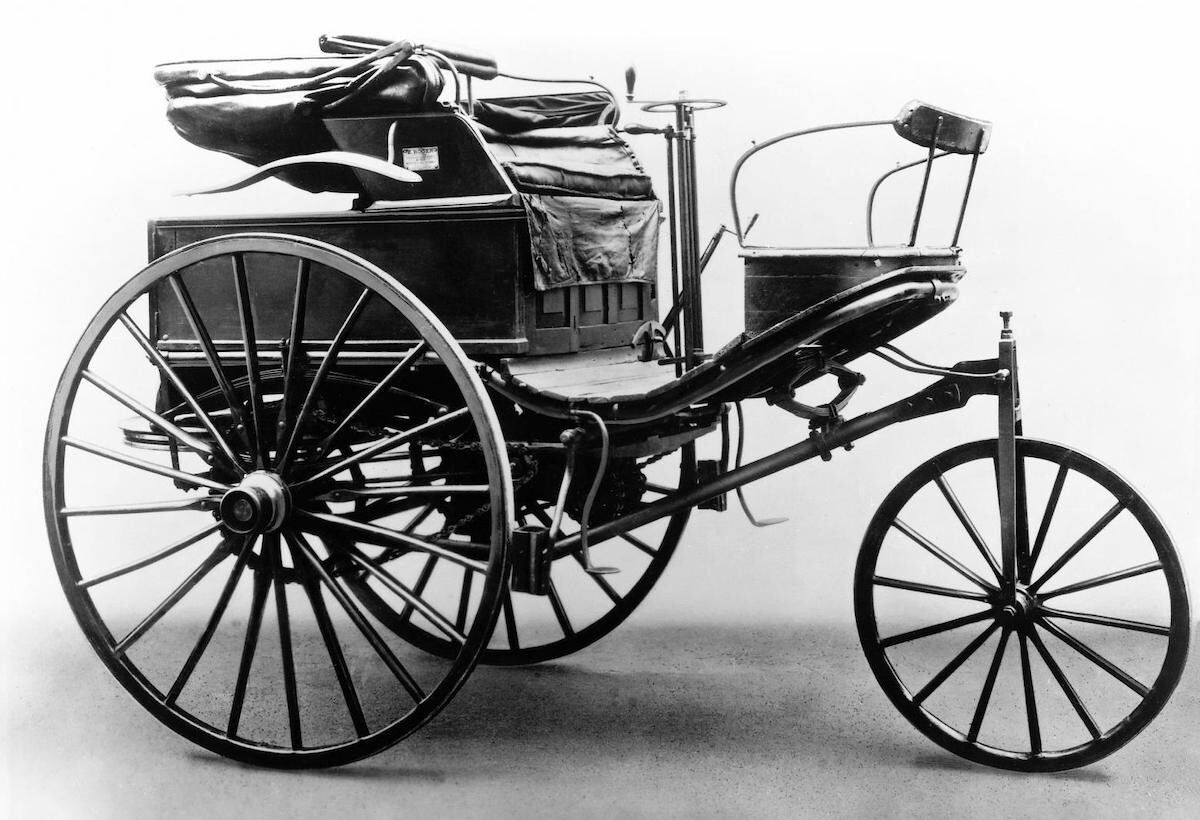 To drive, first you must start. And the process is a little different to turning a key or prodding a button. The ignition is engaged by turning a screw under the seat, relaxing a metallic bar to make a solid contact, three taps opened to begin the solid drip of lubricating oil. After that, muscle is required—if you want to get a Patent-Motorwagen chugging, you need to spin that flywheel with enough force to overcome the cylinder’s compression and get everything moving. Be careful—if you don’t spin it hard enough, it jerks back violently enough to break a wrist. But suddenly, with a gentle pop and a slight whoosh, the Benz phut-phut-phutters into rocking life. Resisting the urge to shout ‘contact!’ is hard.

Then it’s back up onto the driver’s bench, a quick check of the extremities, and an easing of the drive lever forward—you pull back to retard. More phuttering, and the whole thing gently steams itself forward. The front wheel operates via a geared tiller, and the idea of ‘direct steering’ was basically invented here—you can see the meshed teeth speeding up the handles’ efforts.

Weirdly, it’s much better than you may imagine. Precarious, unstable—any attempt at cornering at more than very moderate speeds sends you sliding lightly across the wooden slats of the seat—but there’s a weird intimacy about the engine floofing away under your buttocks, the smell of hot oil, and the knowledge of exactly what is doing what to make this contraption move forward. In modern vehicles, there’s more unseen magic than mechanical texture—in the Motorwagen, you’re steeped in the process, not the product.

There aren’t really many analogous elements for a modern roadtester to grab hold of. The ride is nonexistent (the thicker your trousers, the better); the ‘roadholding’ is a function of the stance rather than the friction of the solid rubber tires. The performance is...present. Although there’s an argument that this is a true Superleggera, seeing as it only weighs a few hundred kilos. And yet, it’s not hard to see how revolutionary this thing was. When 99% of people used a horse, the Motorwagen was the equivalent of a personal jetpack. 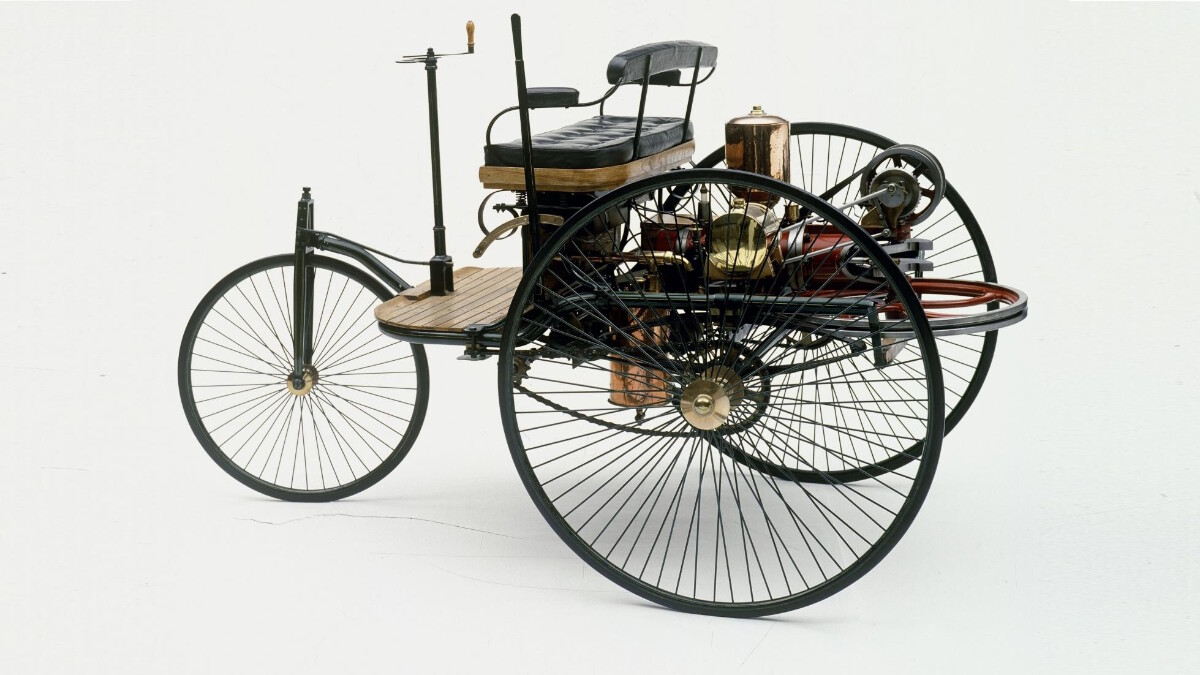 ‘Inside’ is a relative term in this context, but there’s not a great deal to discuss here in terms of design or luxury. Even the engine is on the outside. As far as controls go, there’s the big broomstick on the left: Push forward to go forward, pull back to slacken the rate of ‘acceleration.’ The tiller is basically a tiny steering wheel in the horizontal plane with a wheelie-knob on the top (like you get on tractors), so that’s perfectly intuitive. Air-conditioning is very much free.

Later models—like the one Bertha Benz used for her inaugural road trip—boxed in the sides of the motor, upholstered the seating bench, and explored the idea of a foldable rooflet recognizable as somewhat like a modern cabriolet roof. Without any bodywork in front of it, such a roof would actually act pretty faithfully as a parachute, but given that the Motorwagen isn’t really capable of aero-inducing speeds, that’s not too much of a bother. Brakes, by the way, are via leather blocks applied directly to the tires, so be careful slamming on the anchors. 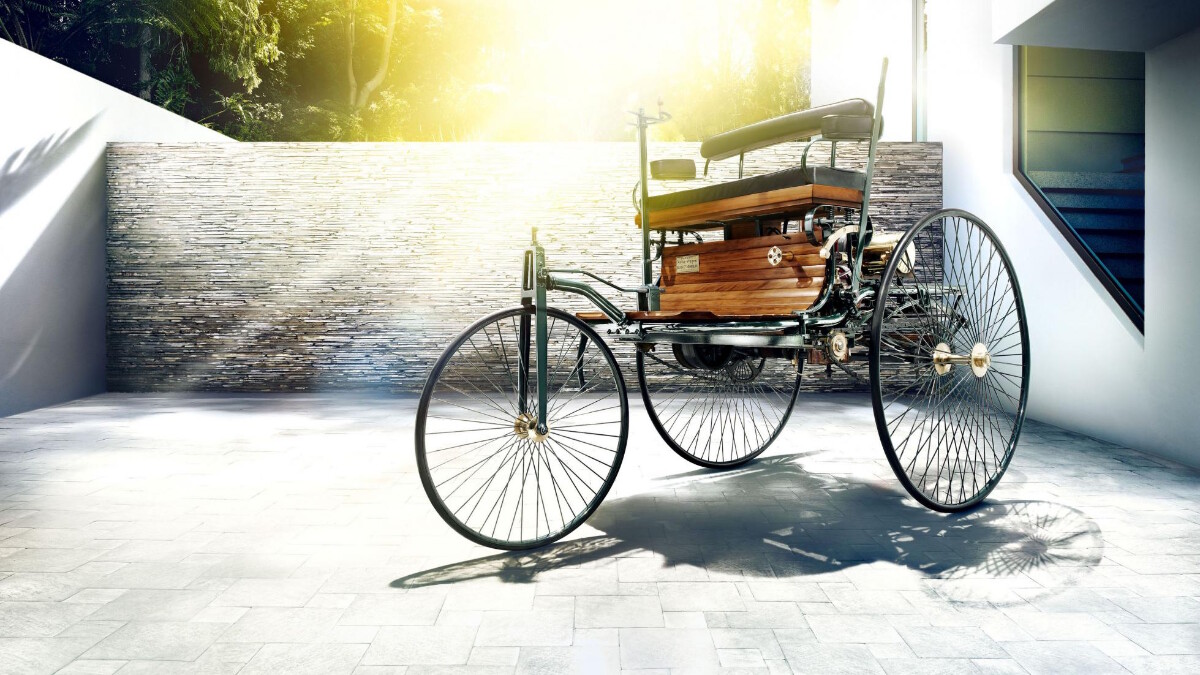 Hard to overestimate how important this vehicle was, and is. Karl Benz’s ruthless application of his mind, his obsession, Bertha Benz’s patronage and belief, as well as her faith that the Motorwagen would actually work. It changed the face of the world, inspired the uptake of personal mobility across the globe for centuries to come. Every car you see, the roads, the infrastructure—it all started here. From the Mini to the Veyron, the Lamborghini Muira to Formula 1 cars, they all owe a debt to this peculiar, brilliant, exceptional three-wheeler. Tough to argue against a full 10 out of 10. 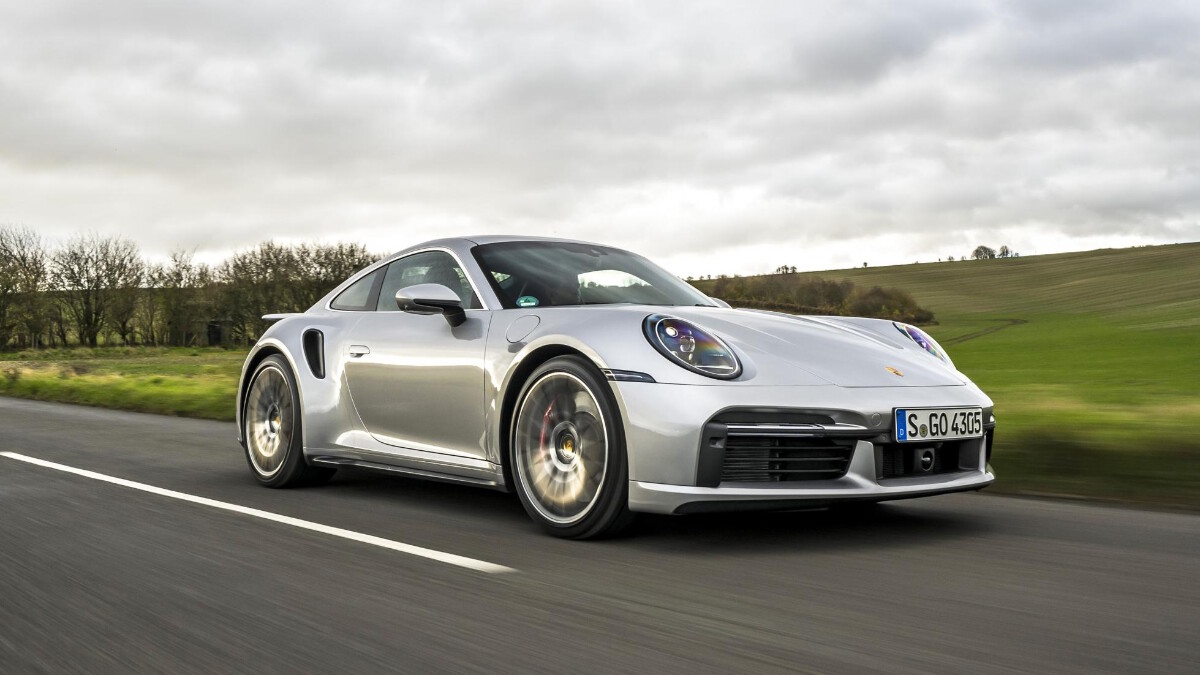 First drive: The Porsche 911 Turbo doesn’t lose much despite losing the S on its badge
View other articles about:
Read the Story →
This article originally appeared on Topgear.com. Minor edits have been made by the TopGear.com.ph editors.
Share:
Retake this Poll
Quiz Results
Share:
Take this Quiz Again
TGP Rating:
/20