The BMW 330e is far from obscure

The German carmaker will likely sell them in droves
by Paul Horrell | Aug 25, 2019

The plug-in hybrid version. It’s a four-cylinder gasoline engine and an electric motor. Both send power, separately or independently, through the automatic transmission. There was one of these in the old 3-Series range, but the new one can go half as far again on electric-only. E-range is 56km WLTP. It has 113hp in that mode, which is enough for most reasonably gentle driving.

When gasoline and electric are shoving as a team, you’ve got 252hp. If that’s not enough, there’s a battery-depleting mode giving 292hp, and a 0-100kph time of 5.9sec. To summon this, you press a button labeled XtraBoost. Seriously. How very Buzz Lightyear.

An obscure and compromised version of the 3-Series, or the sweet spot of the whole range? 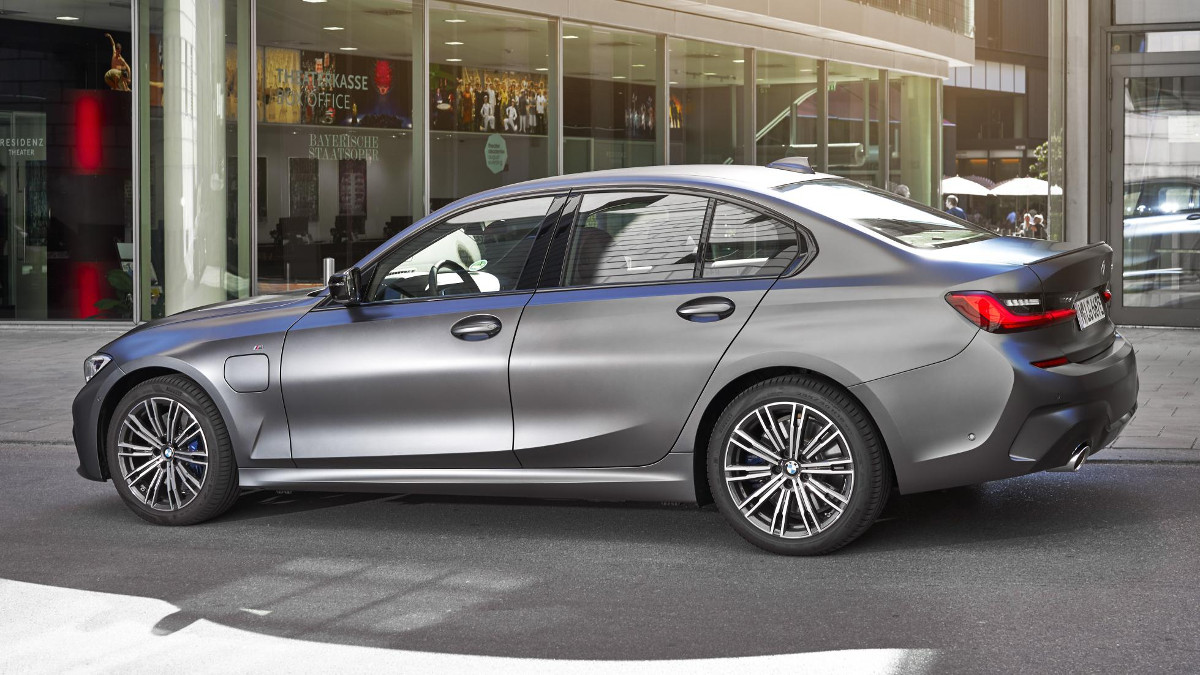 Not obscure. The 330e will be among the biggest sellers—likely to be one in four of all 3-Series sales in the UK, for instance. And this time around, BMW has re-engineered the location of the battery, so that it can do a folding rear seat. Which means there’ll also be a Touring. Look at the CO2 figure and you’ll see why the 330e will be popular.

No, and I refuse to give the official figure because it’s relevant to nothing. As with all PHEVs, the real figure varies spectacularly, depending how you use the vehicle.

Best case: Say you’ve a 50km suburban commute, and no need for any more power than the electric motor’s peak. Plug it in for a few hours while you sleep, go to work, and plug it in again. That gives you about 480km a week, 45 weeks a year, equals roughly 21,700km a year, using not a drop of gasoline. You’d only use the piston engine for longer trips.

How does it feel when I’m using it as an EV? 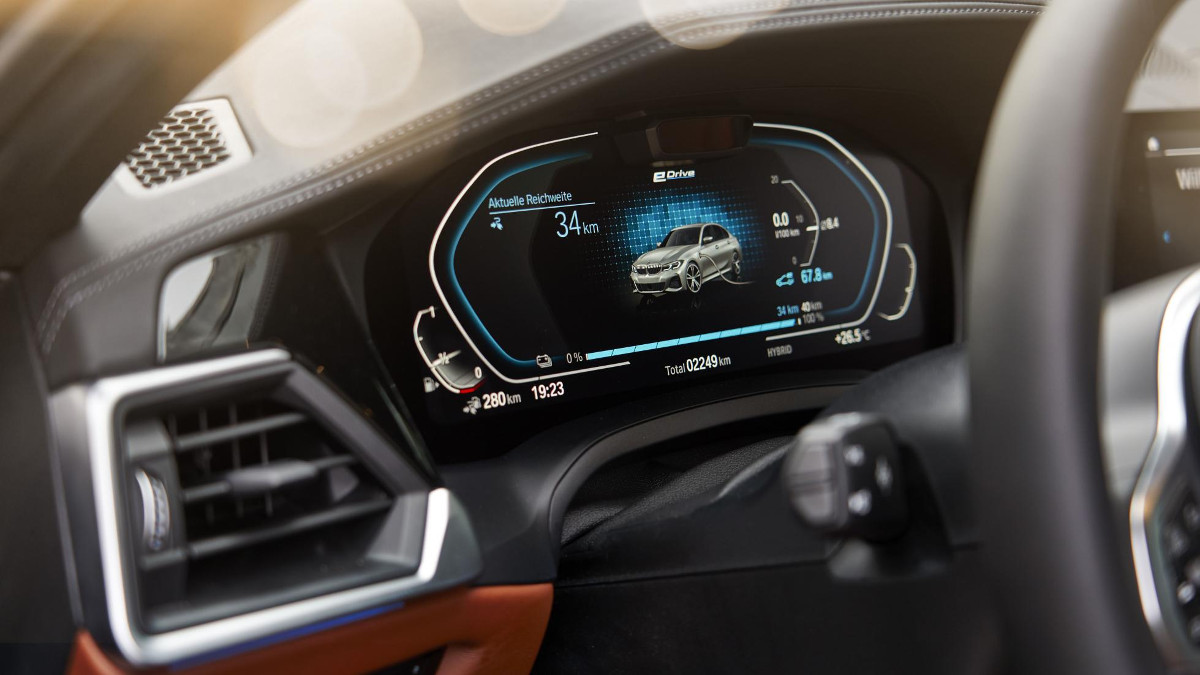 Nice and smooth, if leisurely. Though it will eventually get to highway speed without invoking the engine. Remember, even in electric mode, it’s not like pure EVs, which have single-speed transmissions—here the motor is upstream of the main auto ’box. Yet you hardly feel the shifts or torque steps.

But worst case is a tax-dodger that people don’t plug in, and a thirsty one at that?

Use it that way and you’ll be lucky to better 13km/L. And in exchange for the lower tax, you’ll have to cope with heavier vehicle weight, a smaller trunk, and a piddly 40-liter fuel tank.

How does it drive as a hybrid?

That main hybrid mode runs the engine, with electric assistance at times. You’ll be surprised how often, when you need little power, the engine shuts down and hands off to the motor. It all happens without lumpiness, and if you floor it, the engine resumes duty promptly. 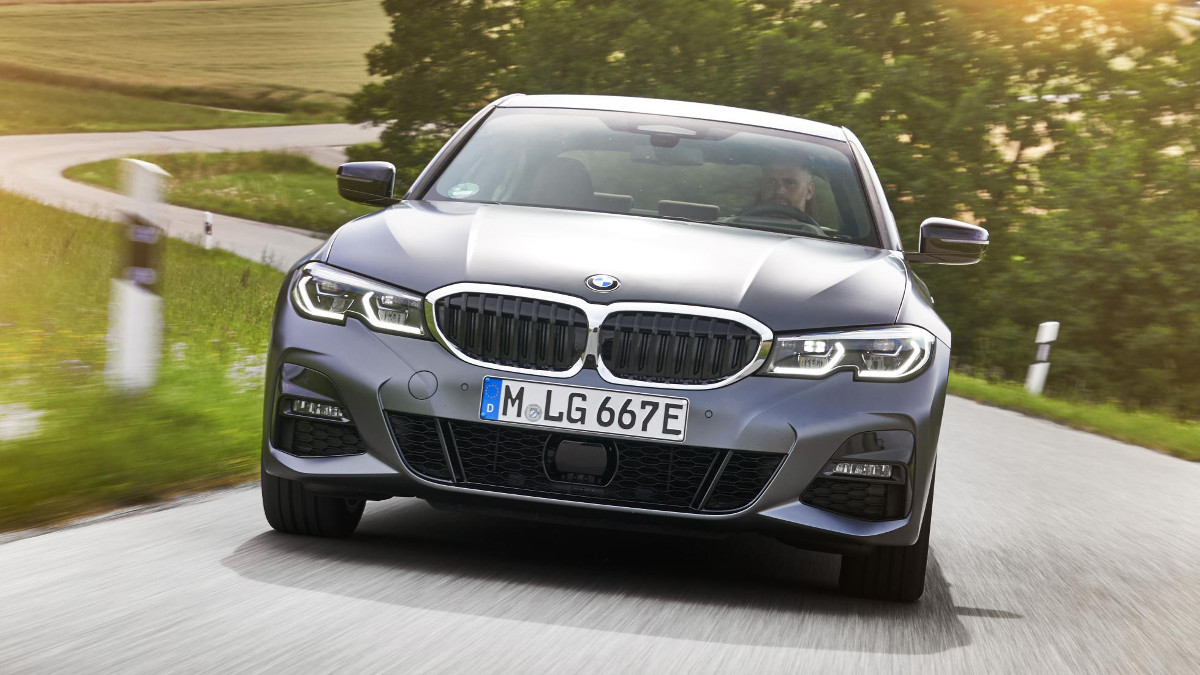 This mode uses navigation and live traffic data to figure out how best to meld the electric and combustion effort so you arrive at your destination with depleted battery. I started fully-charged, and did a 80km mixed journey. At the end, it had done more than 40km on electric alone. Economy was 21.3km/L overall, but note that for most of that trip, I was looking at over 29.8km/L.

Why did it get worse at the end? Because for the last 16km, I couldn’t resist using the said XtraBoost mode. Which saw economy fall of a cliff.

Yup, XtraBoost does make it a real old-school BMW—the electric motor doesn’t just give more max power, it also pretty much kills turbo lag. But when the battery is fully drained, the XtraBoost turns off and you lose 40hp. Not a killer, as torque is the same.

What difference does the weight make?

Most of the extra weight versus a regular 330i is in the back, so the thing still turns well. But yes, it’s roughly a plus of 200kg. Not to be ignored. 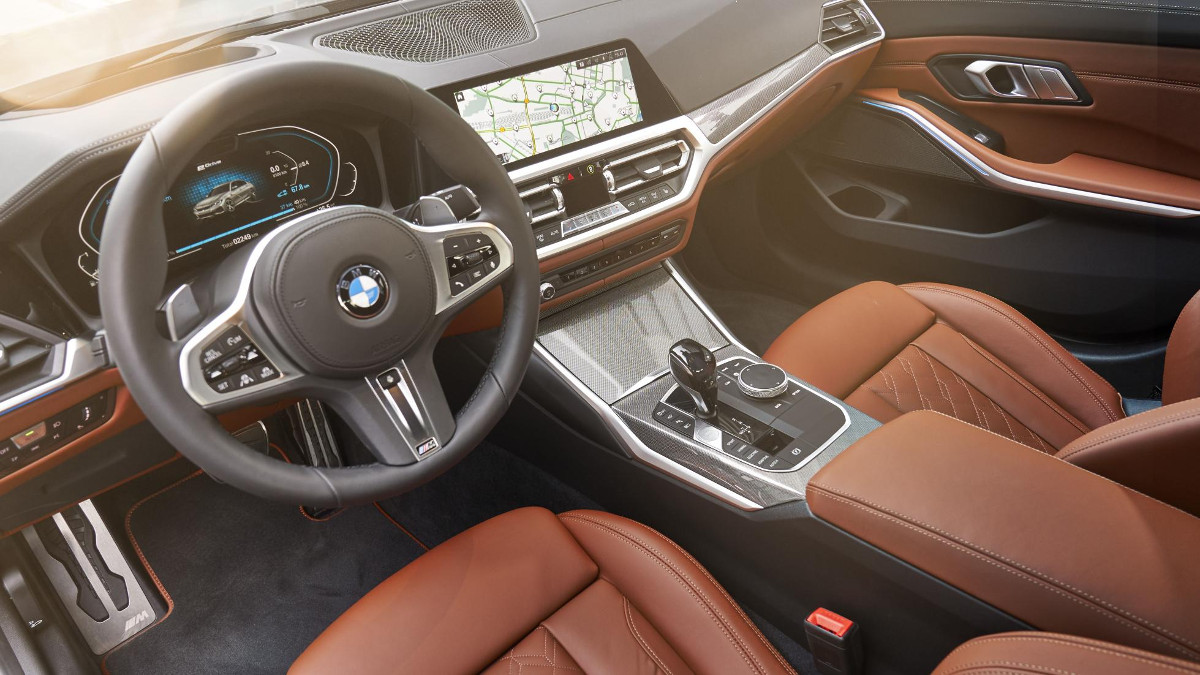 The battery’s not big enough to justify a DC charging system, so it takes just under three hours at 3.7kW AC.

Any other electrical cleverness?

The navigation helps you find chargers, and BMW has payment apps, too. The carmaker been developing this stuff for a while with the i cars.

It’s also working on a function that automatically holds charge as you drive toward one of the increasing number of cities that toll or ban combustion cars, then switches to zero-emission mode at the zone boundary.

Do you have to pay a lot for the running cost savings? 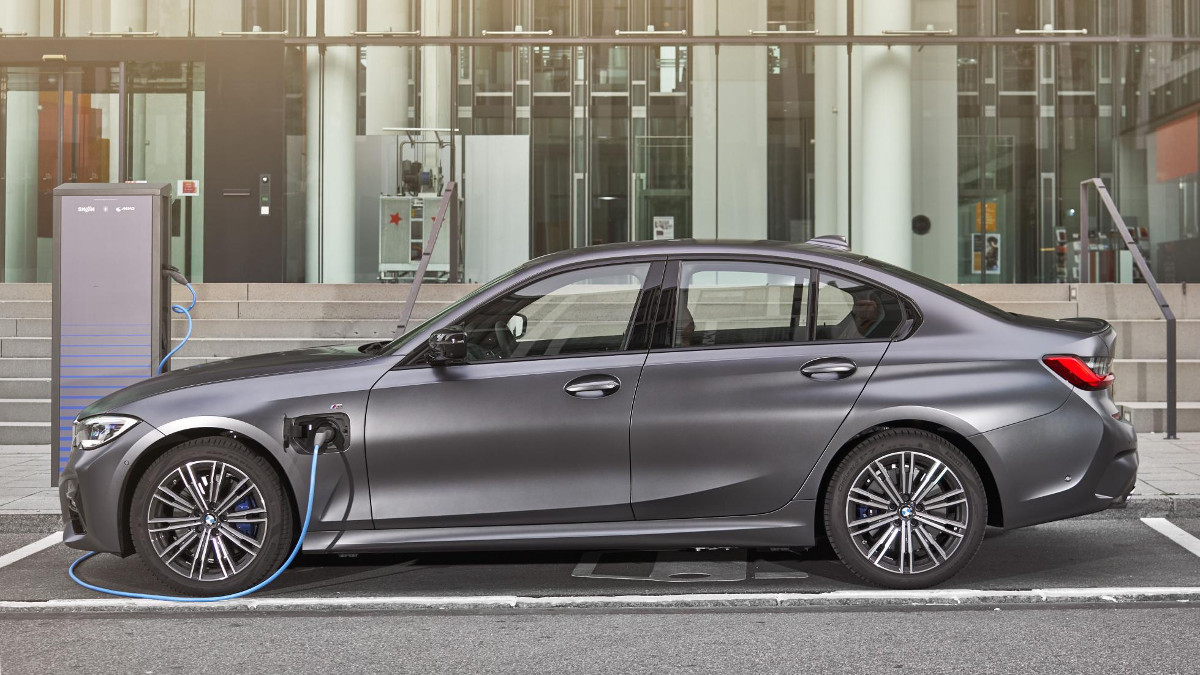 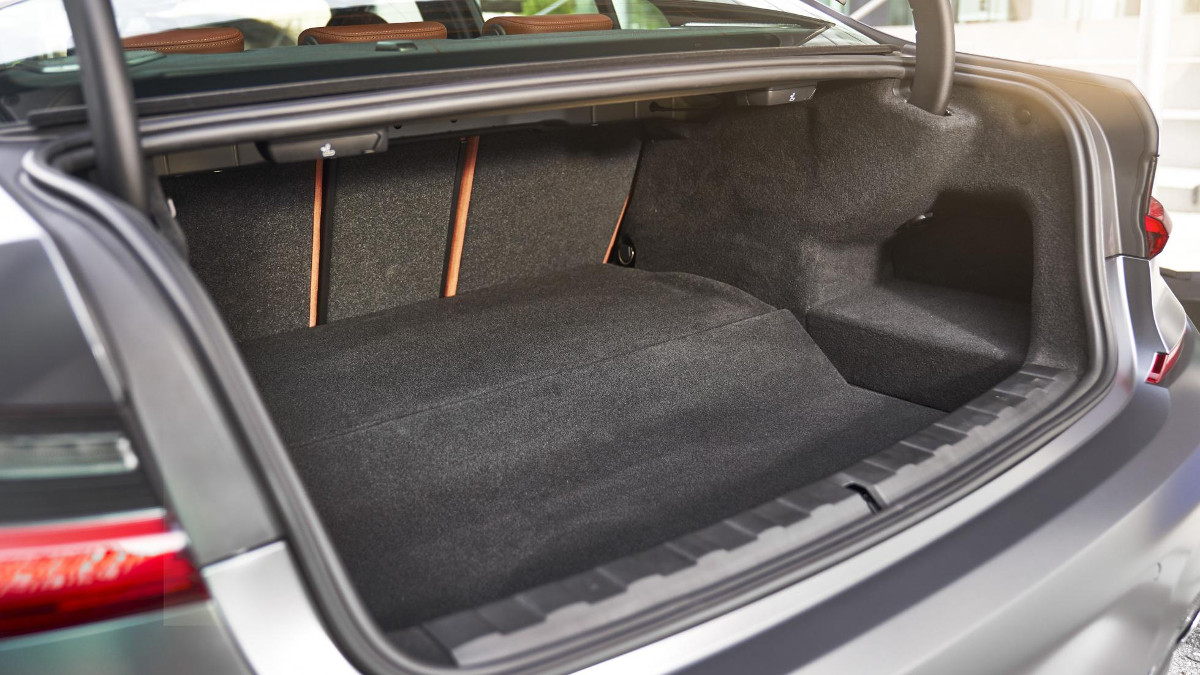 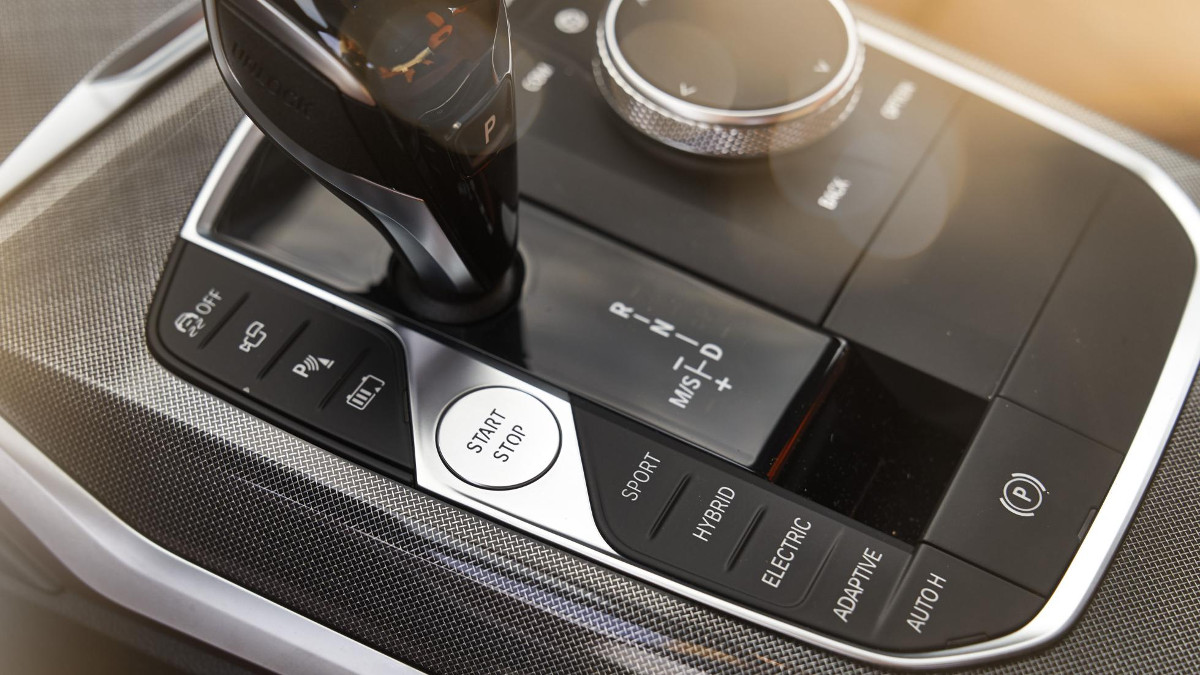 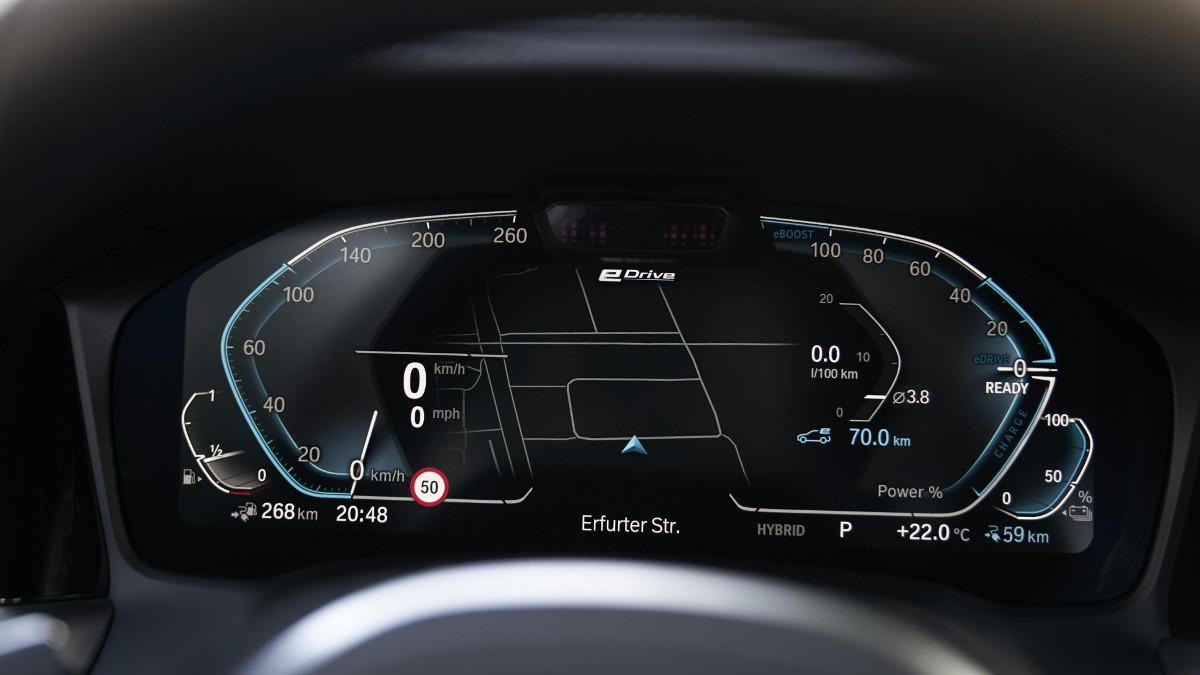 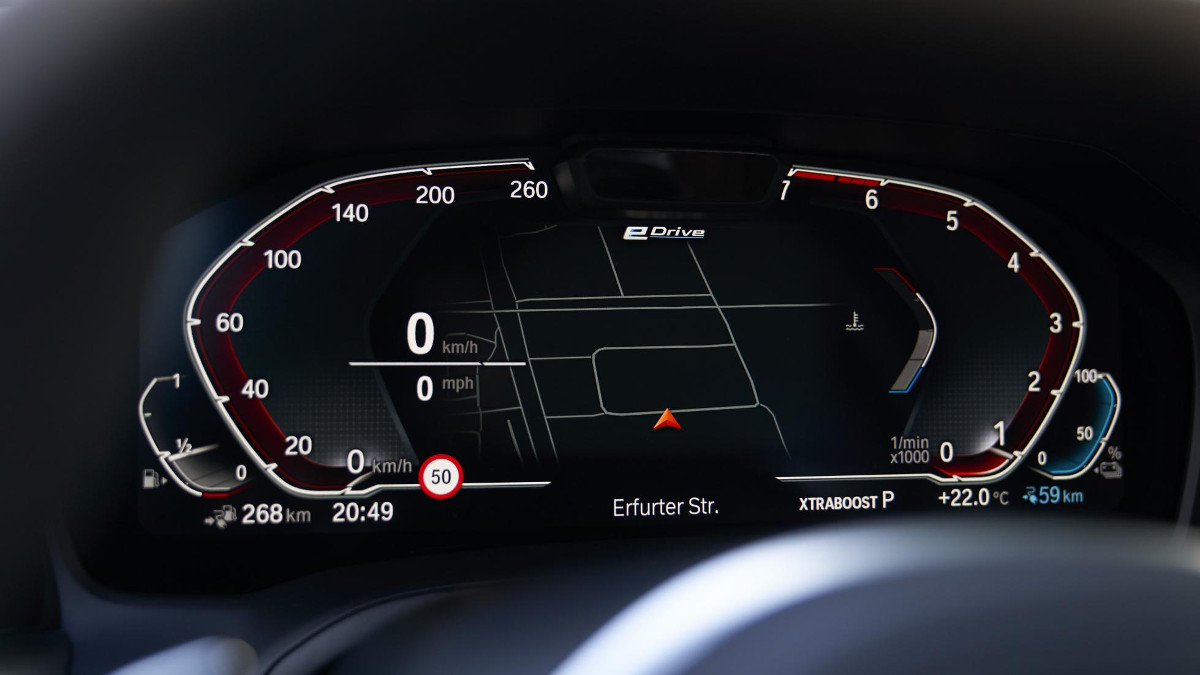 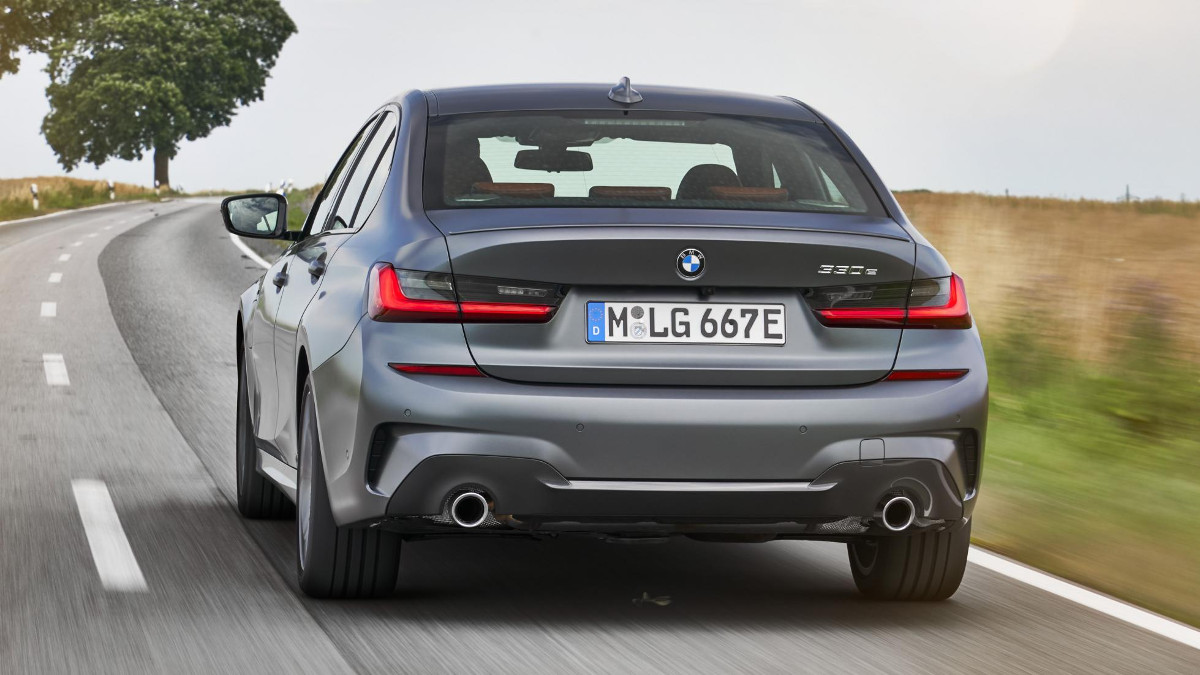 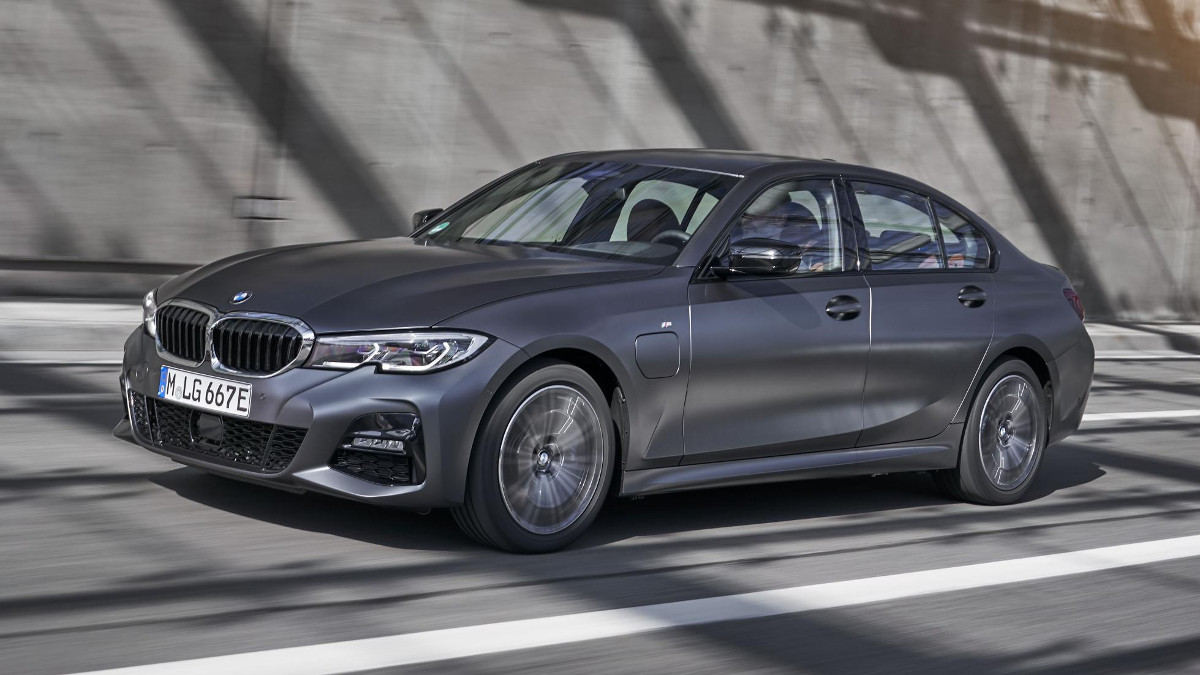 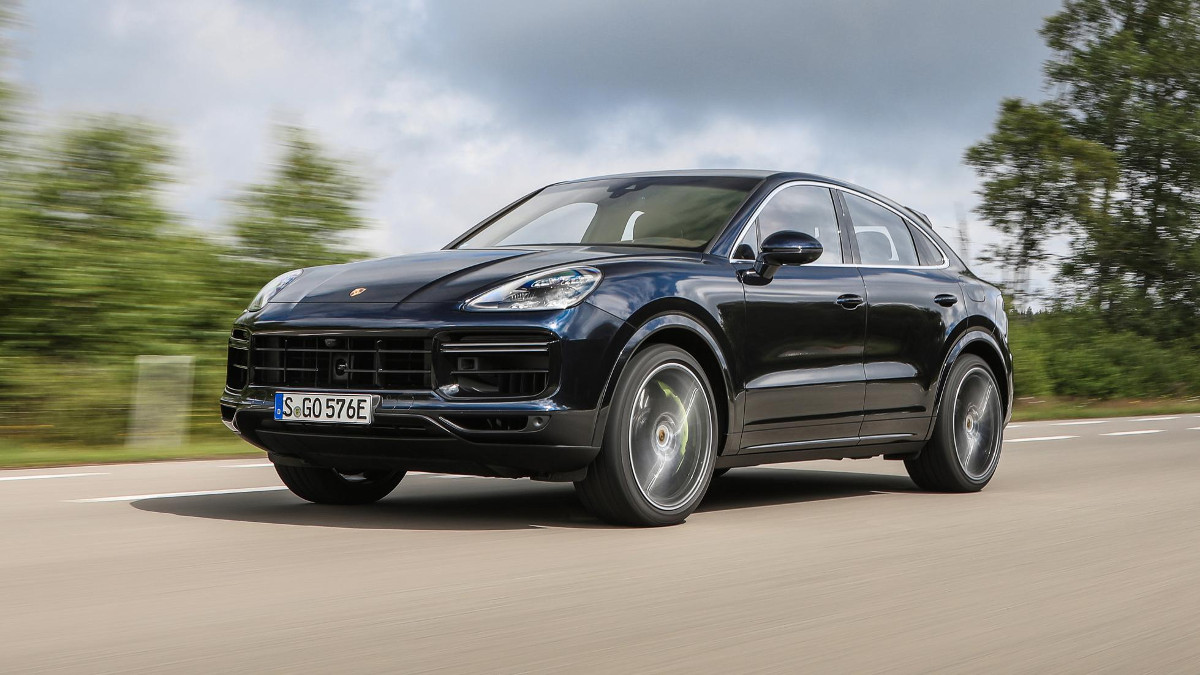