The BMW X4M is a mixed bag 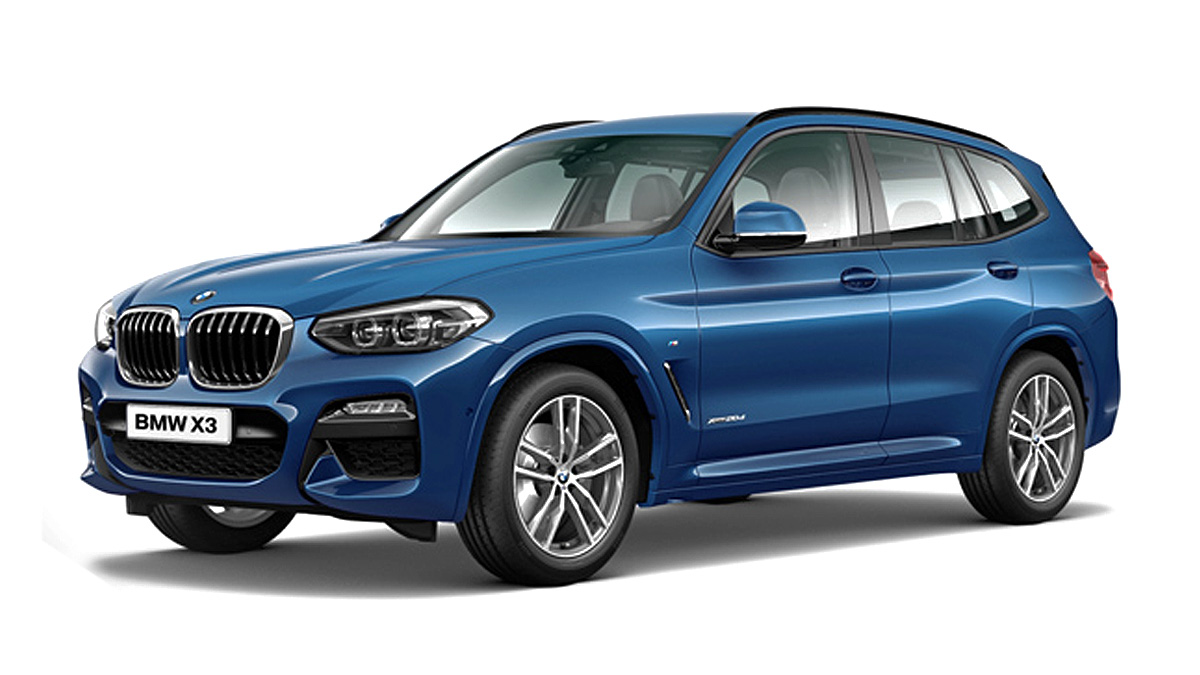 If BMW is to be believed, this is basically the new M4 a year early—only a bit taller. The X4M was developed to behave like an ‘M4 X,’ we’re told: a taller sports sedan instead of a faster crossover.

Powering it is M Division’s new 3.0-liter, twin-turbocharged straight-six, which has been in development for almost five years. It has no hybrid assistance and no water-injection system (like the old M4 GTS), and is smaller than AMG’s fabulous V8, yet it’s just as powerful. 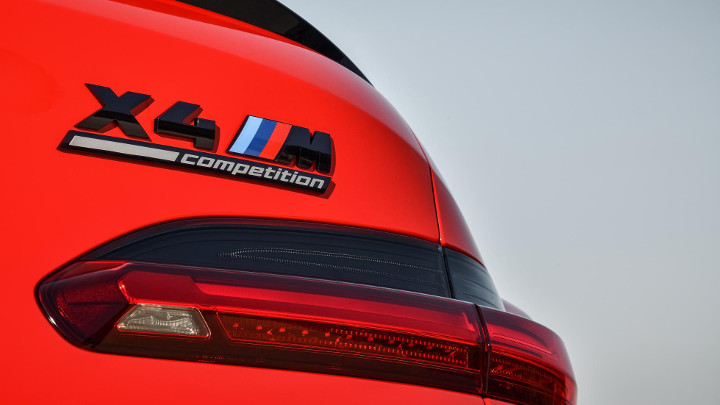 The standard X4M makes 473hp, and in the X4M Competition we’re driving here, you get 503hp. Both versions generate 598Nm of torque. That means you can go from 0-100kph in under 4.5sec, and run on to beyond 281kph if you could unhook the limiter. The new M4 may be quicker still, but does it need to be?

Underneath, the X4M is a compilation of the latest M5’s greatest hits. The same four-wheel-drive system (albeit without the party trick of going rear-wheel-drive only, thank heavens), the same electronic rear differential, and the same choice of many modes and settings for the car’s behavior.

And with that, let’s get to the bit that all M cars worth their tricolor should excel at: the driving.

The BMW X4M on the road 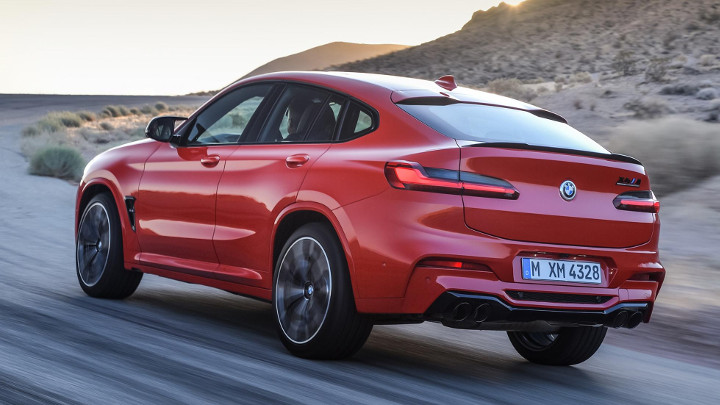 The first of several large problems with how the X4M drives concerns its ride comfort. Or the complete lack of it. Like its key rival, the GLC 63 AMG Coupe, the X4M’s thudding, shatteringly stiff ride is totally unnecessary.

Oh, it’s impressive on track. We lapped it around the fearsome Monticello Motorsport Park in New York, and the X4M was easy to drive very, very fast. The brakes stood up terrifically well to repeated big stops from over 209kph, slowing the two-ton X4M reassuringly time after time—meaning BMW M is finally getting its act together with steel brakes as well as ceramics. That’s the good news.

The bad news is that even with its rear-biased AWD and the stiff suspension and the ‘M Dynamic Mode’ stability control, the X4M is a mute device. It doesn’t squirm under you or suggest rear-drive pretentions like the AMG does. It’s a point-to-point device. It’s very Audi-ish. One-dimensional. And back on the road, the ride’s too hard to enjoy any of it. And maddeningly, that’s true in Comfort mode as well as the harsher settings. 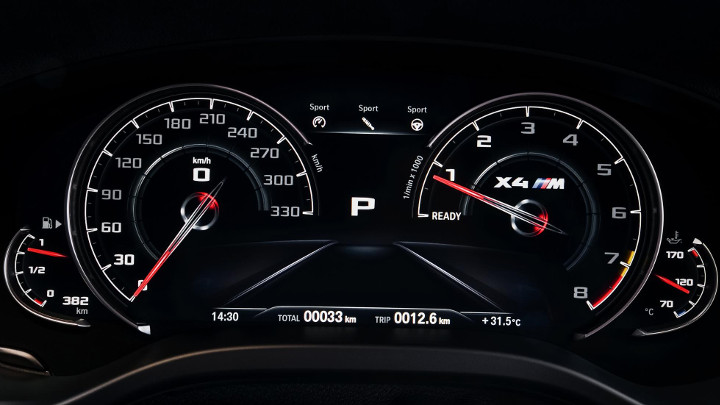 Right, the engine. Here’s a stat for you: BMW has been working on the X3M for four and a half years. The engine has taken closer to five years. It shares almost nothing with the 3.0-liter straight-six you’ll find in the X3 M40i, other BMW M40is like the Z4, and the new Toyota Supra. It’s lighter than the old M straight-six, there’s less turbo lag, and it develops 503hp in Competition form. The old M4 GTS was a few horses down on that, and it needed a fancy water-injection system to get there. This engine’s got lots more headroom.

It drives the X4M via the M5’s eight-speed automatic gearbox, which is fabulously smooth in manual mode, but has a curiously haphazard shift strategy as an auto. And the M-specific gear lever is an ergonomic disaster.

Of course, this is a fast car, but so’s everything these days. Crucially, this isn’t an exciting engine. Not as bombastic as the Jag F-Pace SVR’s, or the GLC’s enormously exciting V8. Throttle response is fine, but BMW is still struggling to make a modern turbo engine sound half-decent.

Exhaust parp is synthetic, and the hi-fi supplements engine noise in an attempt to fool X4M passengers into thinking they’re in something palpably more special than an X4 M40i. BMW’s very proud of the 7,200rpm redline, but max power and torque arrive earlier, so the engine’s done its best work by about 6,000rpm. The rest of the revs don’t do much.

The BMW X4M on the inside 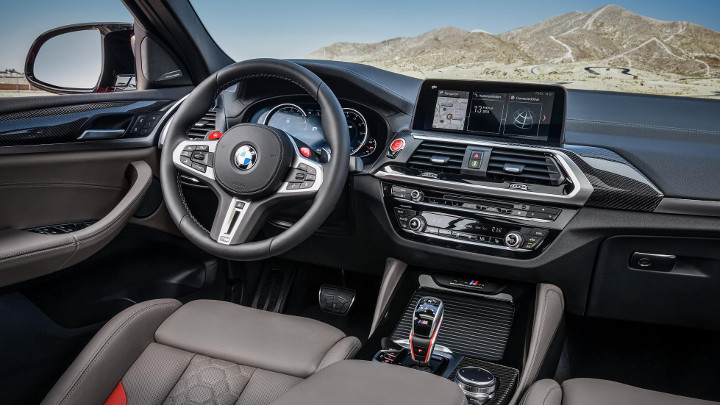 The X4’s cabin is one of BMW’s best, straddling the line between not being too dull and boring, and doing without some of the 8-Series’s gaudier touches and latest infotainment tech, like in the 3-Series, the X7, and the Z4. Overall, the materials are much better than BMW’s last-gen fare, and everything seems well-assembled. The gap to Audi has been closed right up.

In the back, it’s not as headroom-compromised as you might imagine—six-foot adults won’t crick their necks. However, the seat squabs cushions are very short, to give the impression there’s more legroom than there actually is. Pop round to the rear and you notice the cargo area is a very long space, which is great, but you’d surely have sacrificed that for a longer, comfier rear bench. Except of course, it’s been pushed that far forward. The inherent compromise of the SUV coupe there—eating into your space, visibility, and the boundaries of good taste in the name of looking a bit more rakish. You pays your money... 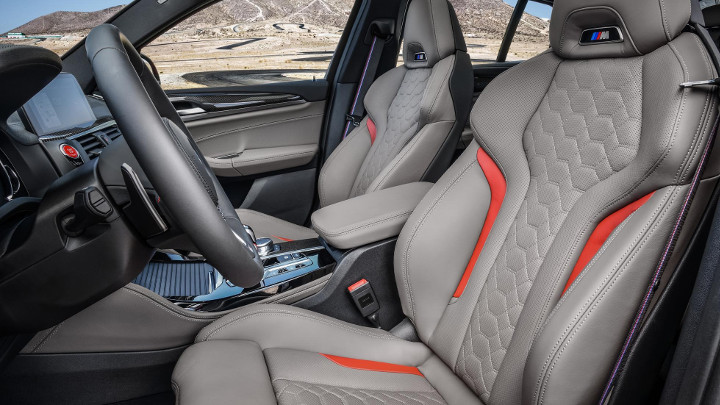 One of the odd own-goals concerns those curious M mirrors complete with an extra spar that doesn’t actually hold the casing onto the car. They generate a huge amount of wind noise, which is a pity when the engine settles into such a quiet cruise at speed. 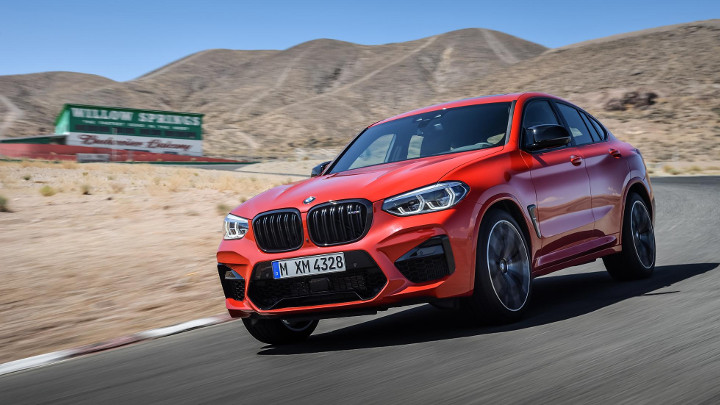 The Porsche Macan is a superb everyday all-rounder, and a one-time handling king. And the GLC63 AMG is a hooligan—a hot rod for the school run, and much as it should represent everything we dislike about cars, it’s the ultimate Top Gear guilty pleasure. The X4M just doesn’t get there. 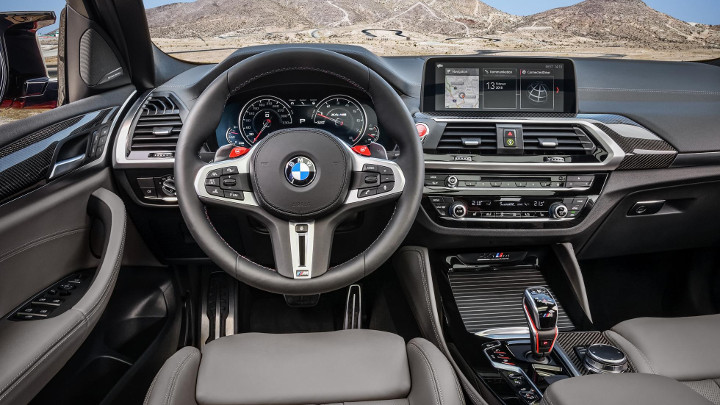 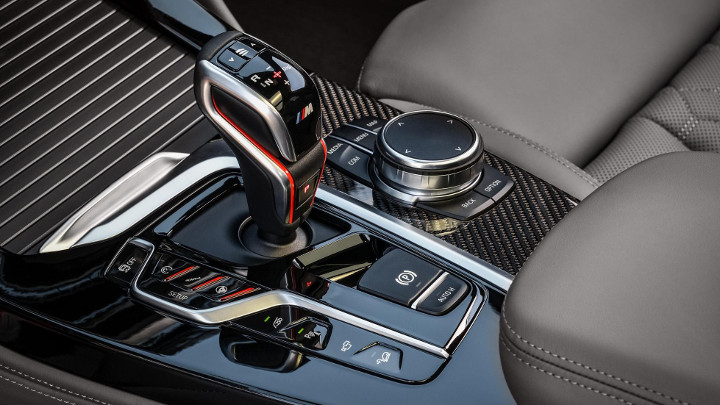 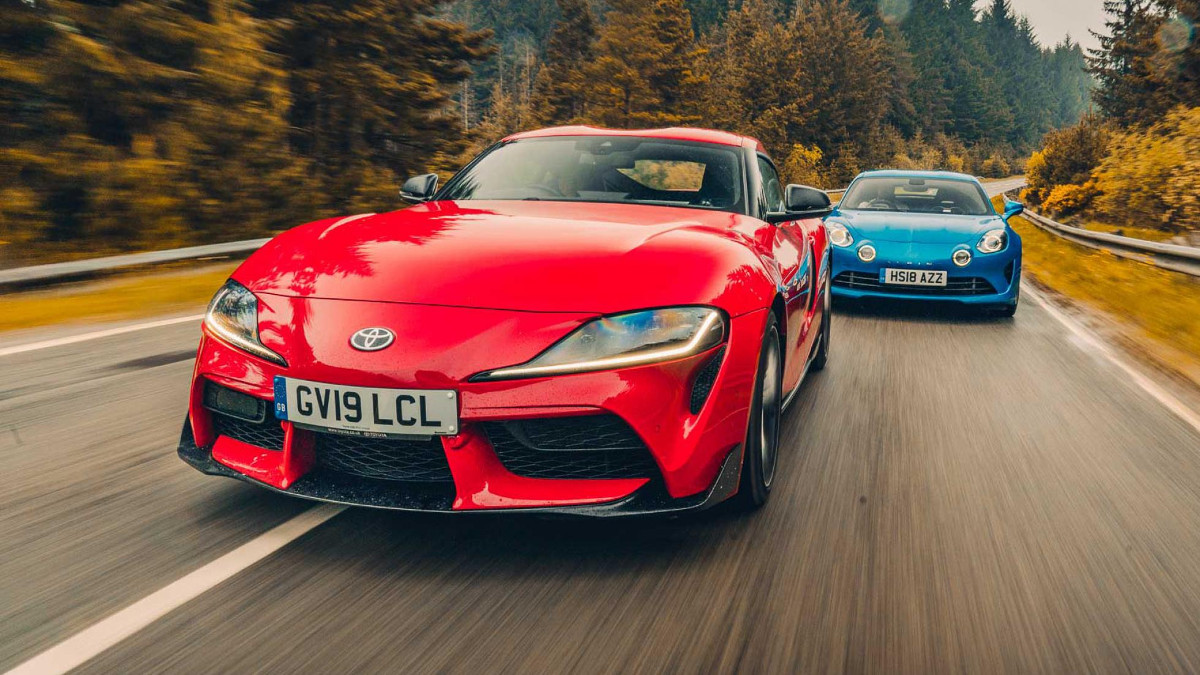 Is the Toyota Supra in the same league as the Alpine A110?
View other articles about:
Read the Story →
This article originally appeared on Topgear.com. Minor edits have been made by the TopGear.com.ph editors.
Share:
Retake this Poll
Quiz Results
Share:
Take this Quiz Again
TGP Rating:
/20