It took some time, but the all-new Toyota Camry finally arrived in the Philippines in December last year. And it did take a while—the model was launched way back in January 2017 at the Detroit Auto Show.

Perhaps some of that delay stems from the fact that sedans are slowly but surely dying out in our market. Sure, the Vios is still a bestseller, but the four-doors in higher segments haven’t sold nearly as well. While Toyota Motor Philippines (TMP) sold over 36,000 Vios units in 2017, it only managed one-tenth of those numbers for the Corolla Altis. The old Camry? Less than 300 units left dealerships in 2018.

Nevertheless, the eight-gen Camry is here, no doubt ready to service its small but loyal market. Let’s see what it has to offer. 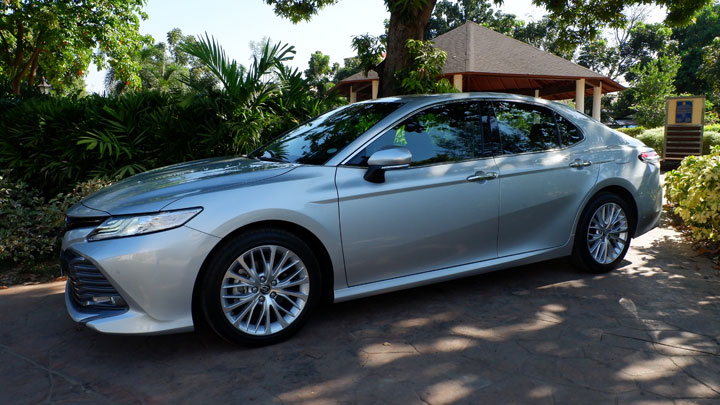 The Camry has always been a bit more stylish than the other sedans in Toyota’s Philippine lineup. The seventh-gen version certainly fit that bill, though it aged quite a bit toward the end of its lifespan. The new one is very much in line with modern design languages that skew toward more athletic aspirations.

Up front, you get an imposing grille with plastic bits that surprisingly don’t look out of place, complemented by sharp LED headlights. Along the hood are deep strakes that give the car a muscular appearance. Character lines are similarly etched deep into the sides. In the rear, the masculinity continues with the sharp edges and the spoiler-like lip on the trunk. The design will perhaps draw more attention than your average executive sedan will, which is either a good or bad thing depending on your predilection for attention. 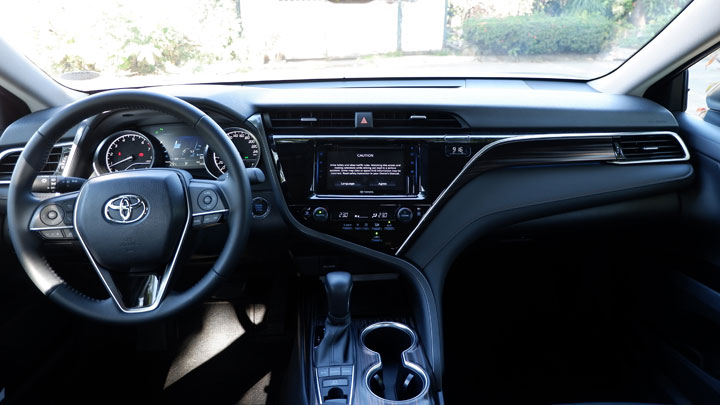 Like the exterior, the interior of the Camry showcases a cutting-edge look. What’s striking about the cabin at first is how dark it is. The dash features black leather and plastic surfaces, while the faux-wood accents are a very dark shade of brown. The center of the dashboard, which incorporates a touchscreen infotainment display and the aircon controls, flows seamlessly with the rest with the rest of the design. As expected, you get comfortable power-adjusted leather seats to sit on.

When I first saw it, I wasn’t too fond of the dash layout. I found it way too stylized and felt I’d get sick of it after some time. After a week with the car, though, I found that I’d gotten used to the flashy look. I still wasn’t entirely sold on it, but I could certainly live with it. 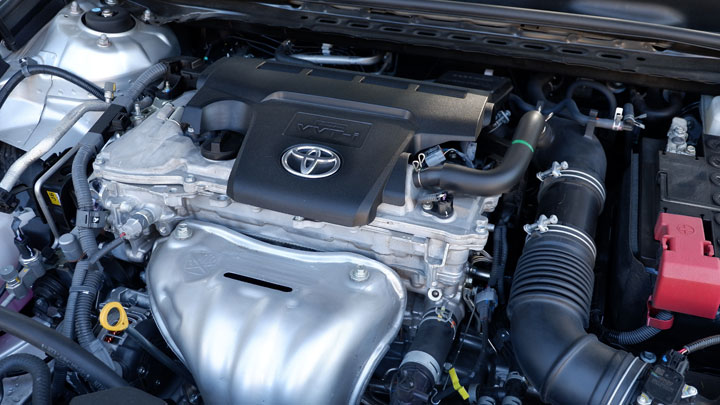 Despite being a midsize sedan marketed towards the executive class, this Camry is missing one thing: a big engine. If you’re wondering why there’s no V6 option, TMP explained that the 2.5-liter is better suited to Filipino customers’ needs. TMP had actually removed the V6 option from the seventh-gen model long before the new one arrived.

So what we’re left with is a 2.5-liter Dual VVT-i with 181hp and 231Nm on tap. It behaves as you’d expect of a naturally aspirated mill: a bit tame at the lower revs, but power and torque gradually come in as the tachometer needle climbs. You can toggle between Eco, Normal, and Sport modes if you want to tweak the driving experience. The six-speed automatic does a decent job of shifting, though a few more gears might’ve made the powertrain more efficient. We managed around 5.3km/L in heavy city traffic.

Do we miss the old V6? No, not really. While the car’s handling does inspire confidence (more on that in a bit), it was never intended for performance. The 2.5-liter straight-four does a fine job of powering the Camry for leisurely drives and the occasional sprint as needed. 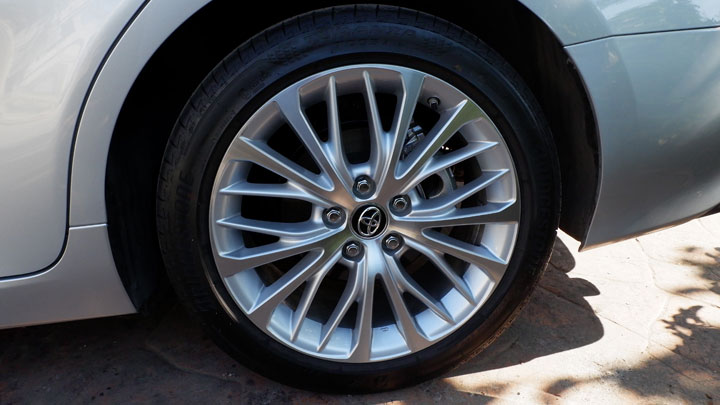 At first, the Camry’s ride felt a bit stiff, especially when going over pockmarked roads. But upon checking the tire pressure, we found that the tires were inflated to the high 40s—a sign that the unit was fresh off the boat. Once the tire pressure was adjusted to the manufacturer’s specs, the midsize sedan provides a reasonable level of comfort. Pockmarked roads remain a challenge, but otherwise, the ride has less tumble than in the previous generation, while the vehicle stays more level during sharp turns. The steering’s weight is adequate for the vehicle’s size. 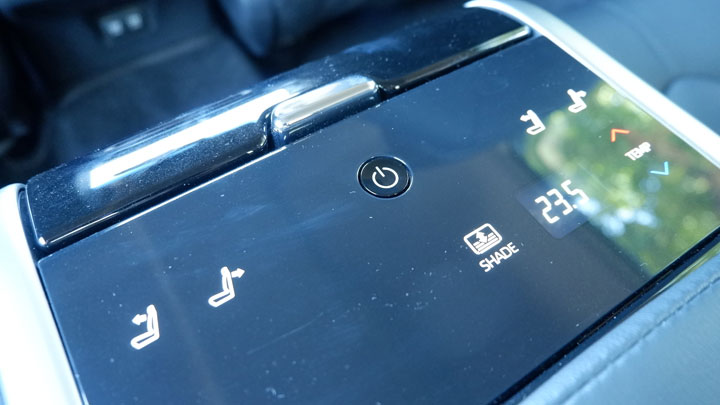 Since this is a car designed to be driven around in, the rear passengers get amenities like window shades and aircon controls. Back seat occupants actually have access to an impressive command module that wouldn’t be out of place in a Lexus. Bluetooth and aux-in connectivity come standard (as does a CD player), but there’s no Apple CarPlay or Android Auto. 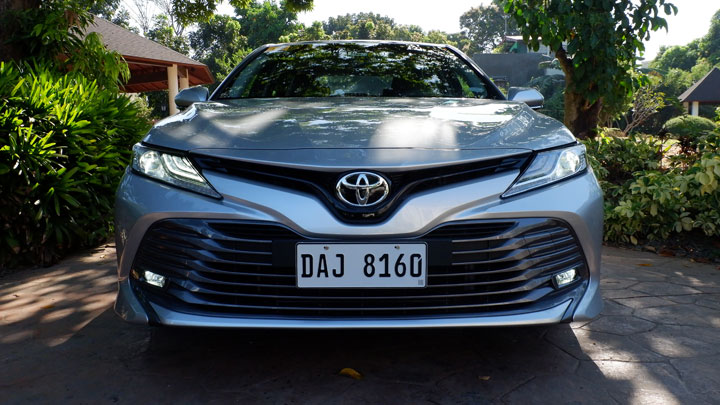 The Camry ticks all the boxes for a midsize executive sedan: good looks, a decent ride, a spacious cabin, and convenience features for the passengers. On top of that, it offers a good driving experience. The loss of the V6 isn’t really worth mourning over, either. In a way, this Toyota offers the comfort you’d expect from a Lexus for significantly less money.

However, the fuel economy could be better, and the interior could use a little less style and a more upgraded infotainment package. Small things to expect in a near-P2-million car.

If you really want a V6, Toyota suggests getting the Lexus ES. Just be prepared to pay over twice the Camry’s price. 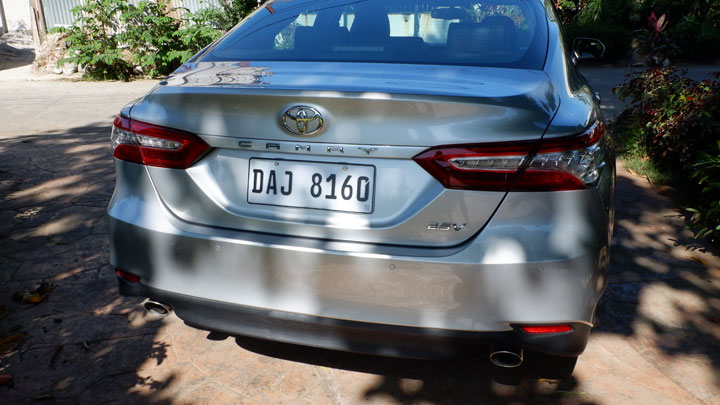 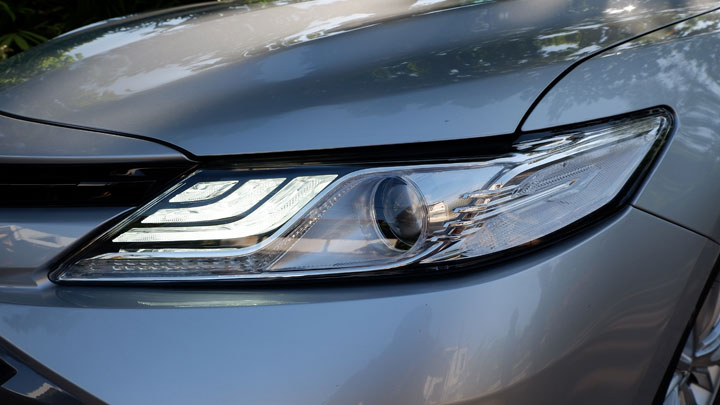 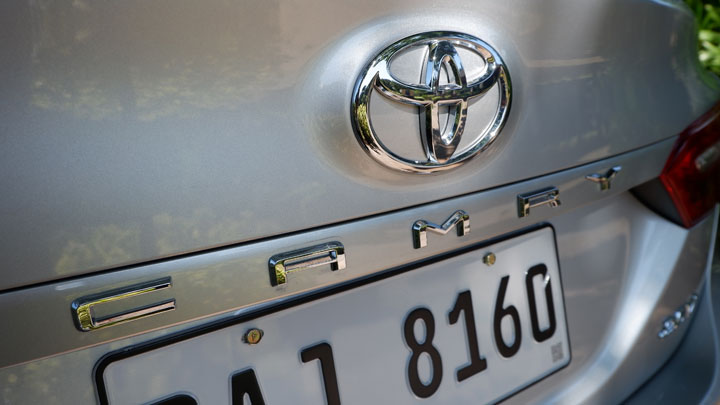 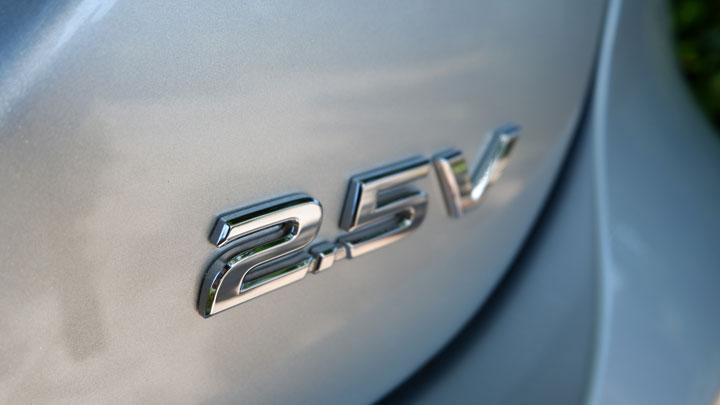 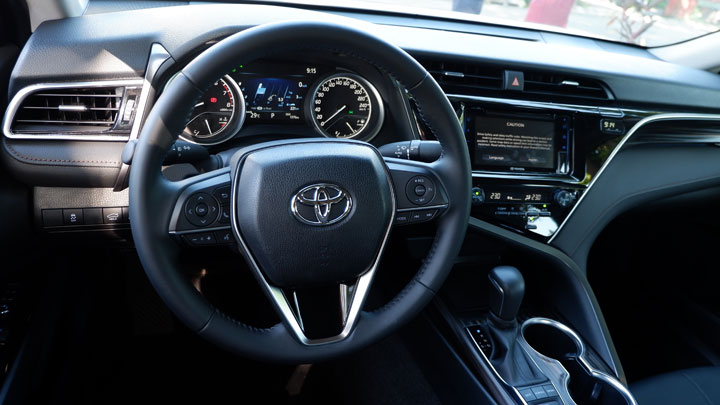 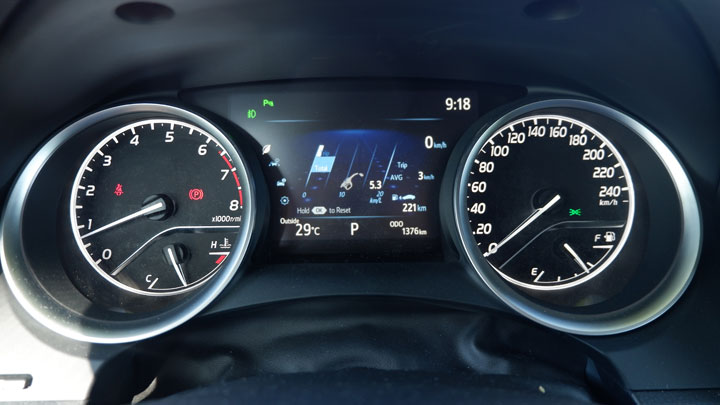 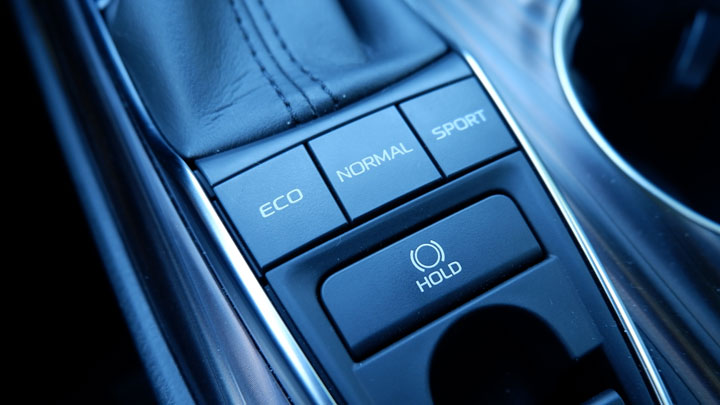 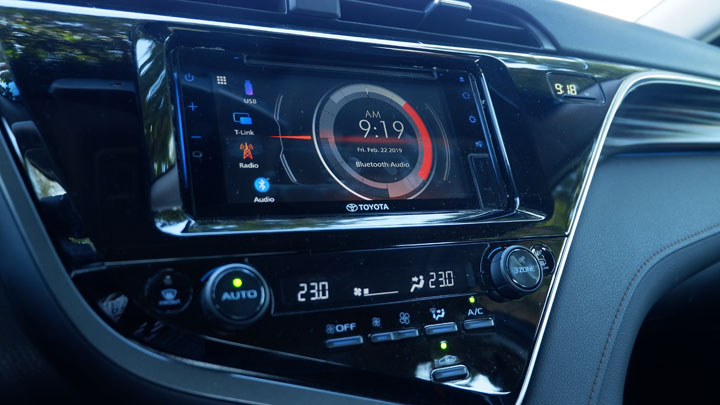 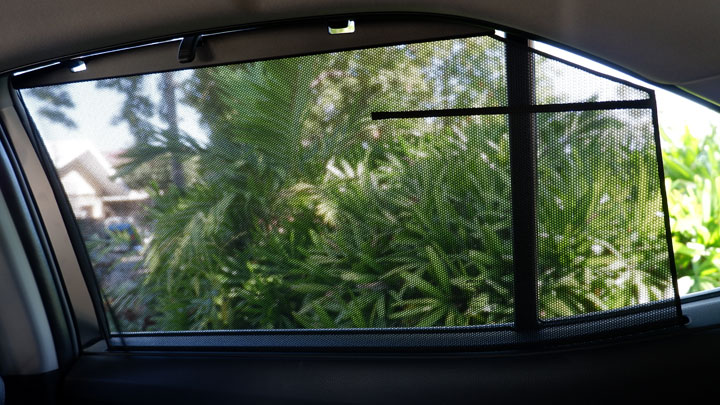 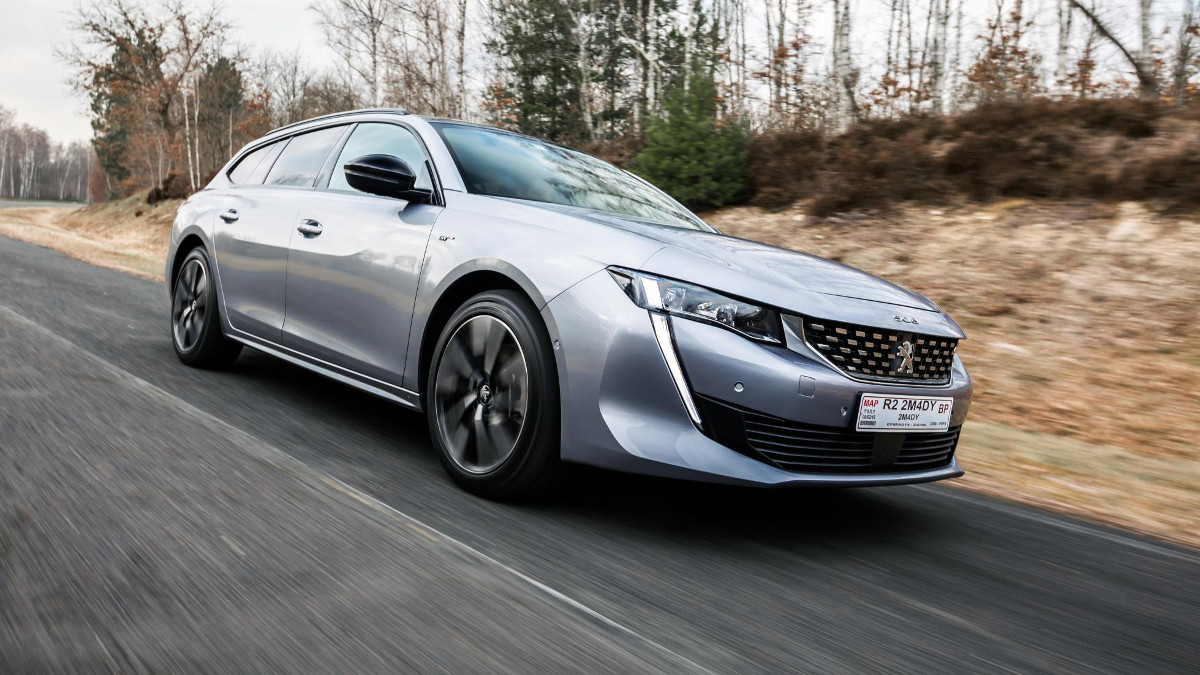