Dinzo S. Tabamo reminisces about his ideal car back in college and realizes that unlike him, the Civic has grown in a good way
Feb 4, 2009
CAR BRANDS IN THIS ARTICLE

WHEN I was a college freshman back in 1994, the Honda Civic was the perfect university car. It was new and stylish, and it just blended impeccably with the campus environment. Civic owners knew then that they would move on to bigger cars, but for that time in our lives, it was all the transport we could want. 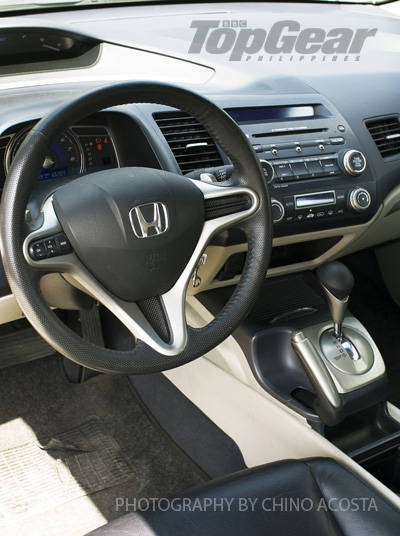 I sit in the current Honda Civic now and I'm amazed at how far it has evolved. Just the basic all-black dashboard layout of yore - with its tape-cassette player and two-speaker audio system - seems light-years from the starship-themed, two-tiered layout of the cockpit today. Honda took risks to break the mold of the traditional compact sedan template, and the sales success of the Civic proves that they made the right choice.

The digital speed readout in the dash has a hint of PlayStation playfulness. It's hard to resist the fun of seeing the numbers climb as you go faster. It makes you want to set a new high score every time.

It's a good thing the 2.0-liter engine is powerful enough to live up to the instrument panel's exciting design. The 153hp, DOHC powerplant responds instantly to inputs from your right foot, even urgent ones. Those of us who have long graduated from college will feel like a freshman again. And those of you still in college, well, thank your old man if he gives you a car like this.

The body styling alone is worth several credits in Pogi Points 101. Despite being two years old, it has admirably resisted looking outdated. You don't even need to install a body kit to make it sleeker; just changing the rims will give it a whole new look. Even with the arrival of the new Toyota Altis and the Mitsubishi Lancer just months apart, the Civic has held its ground (see our April 2008 issue's Big Test) in terms of style and engine performance.

Creature comforts in this top-of-the-line model are leather seats and the MP3-capable CD audio system. Or you could just bypass the CD player altogether and plug your digital music device into the auxiliary jack beside the front ashtray. As is the trend today, the audio and HVAC controls are integrated into the dashboard.

My amusement at the Civic's interior was interrupted by a loose panel near the side window. I hope this was an isolated case with the test unit lent to us by Honda.

If your exuberance with the Civic's performance exceeds your self-control and the car's handling, there are four airbags and ABS with electronic brake-force distribution to ensure you will still be present in your next birthday party. EBD regulates the braking of each wheel for more accurate control of the car during hard braking. That is, unless the vehicle stability assist doesn't rein you in first. This may sound like a lot of nannying from a basic daily transport, but we're not Kimi Raikkonen, are we?

The Honda Civic isn't the car we knew in college anymore. It has outgrown its persona of being college barkada transport. It's now big enough, powerful enough and roomy enough for you to want to own it far beyond your college years. In a way, the Civic has graduated, too. With honors. 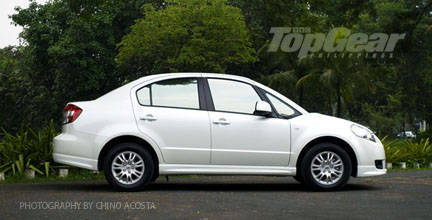