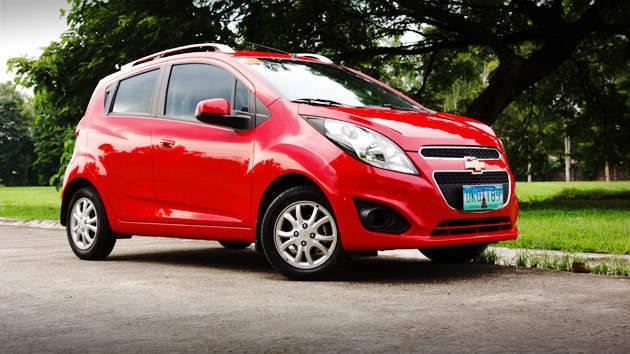 It has been three years since Chevrolet took a leap of faith with the new Spark, the first modern Asian supermini to be sold in the US. While still relatively young, strong competition from the Kia Picanto, the Mitsubishi Mirage and the upcoming Hyundai i10 threaten to marginalize the baby Chevy. It didn't help that it wasn't even in the last Transformers movie, although given how they treated it in Revenge Of The Fallen, that's probably for the best. This new 2013 model sports some much-needed cosmetic enhancement, but it's still mostly the same car underneath. Is that a bad thing? 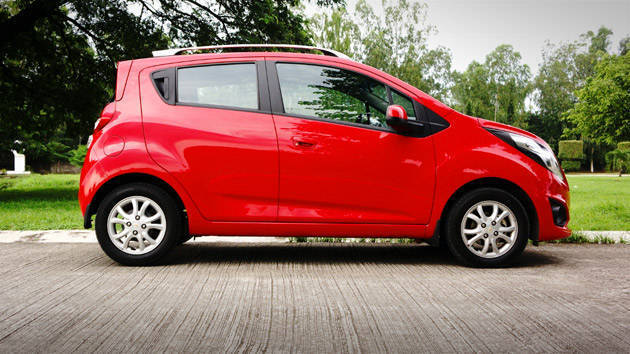 While generally similar to the old model, with the same body shape, wheels and roof rails, some sculptural tweaking fleshes out the Spark's design nicely. There's some chunky styling around the fog lamp area to complement the wavy character lines down the flank and a blink-and-you'll-miss-it notch in the rear spoiler. The new face is a treat. It's much neater, with a lot less "false" grille area than the old car. Subtle reshaping of the headlight surrounds makes them look more coherent and less blobby. This makes the front look more proportional to the rest of the car. 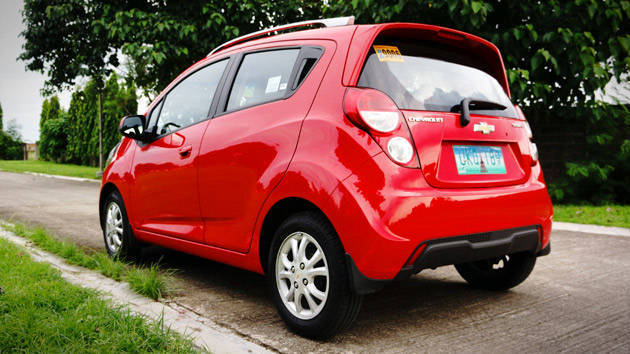 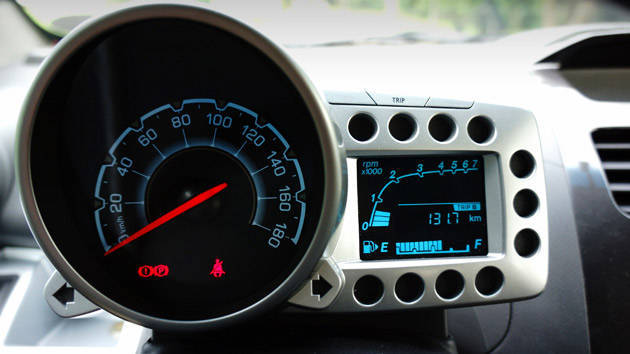 Where the old car had cabin-spanning body-colored trim, the LT now comes with glossy silver trim. Shame, I kind of liked the crazy old colors. You still get the funky motorcycle-inspired instrument gauges and a well-integrated center console. Plastic quality is mid-pack, with a new "carbon-fiber" trim on the center stack. Seats are nice, but the front buckets feel too far offset to the center. While passenger and cargo space aren't quite up to the Mirage's game-changing standards, the Spark is spacious anyway. It has more headroom than the Mitsubishi and spot-on driver ergonomics, despite the non-adjustable steering column. 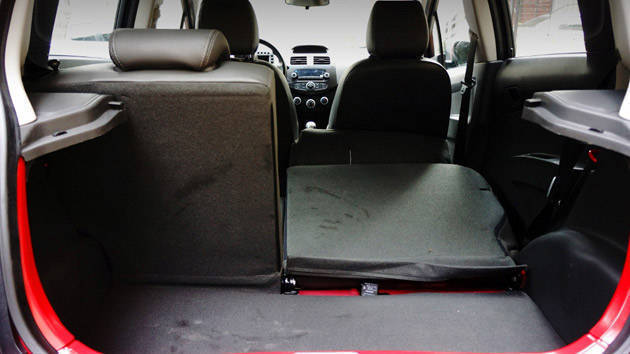 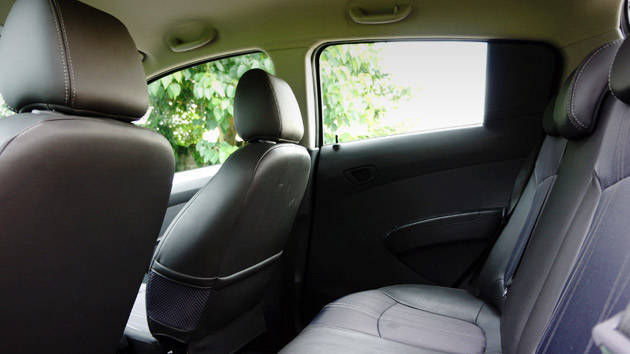 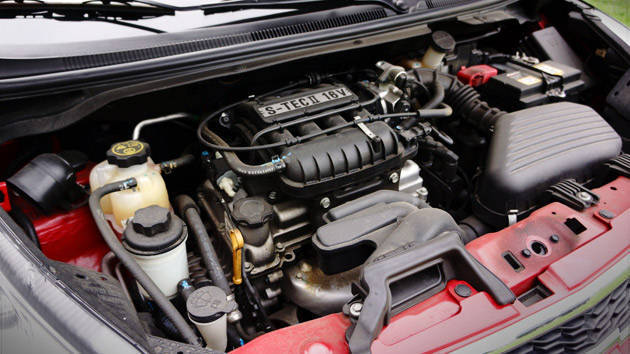 The Spark's four-cylinder S-TEC II idles smoother than its three-cylinder competition. The engine mounts feel firmer this time around, and the engine doesn't rock on its mounts between shifts. The engine note is also better, though it still sounds strained. The 1.2 responds eagerly at low rpm, but lacks punch between 2,500rpm and 3,500rpm. The lighter Mirage is actually quicker despite its lower output. At 13km/L in mixed driving, the 1.2 isn't quite as frugal as the 1.0 MT, which is just as flexible and easily tops 20km/L on the highway. 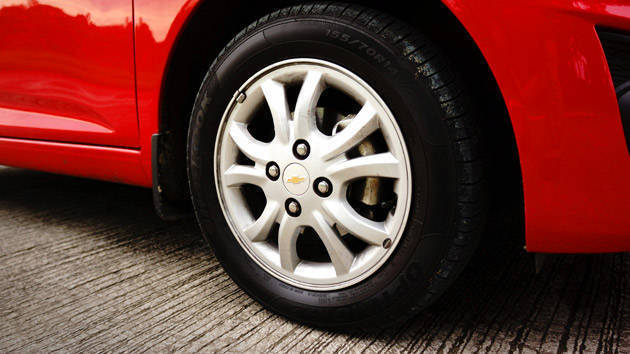 Despite small 155/70 R14 Hankook Optimo tires, a precise hydraulic steering rack and firm damping make the Spark an able driving companion. It feels and drives much better than its small size suggests, though the limits of grip are still pretty low. The brakes are a mite touchy, but they work well enough, and the Spark tracks straight and true under heavy braking.

With good sightlines, compact dimensions and predictable handling, the Spark is a breeze to thread through traffic. And it doesn't feel like you're taking your life in your hands to do so, unlike with some other small cars. 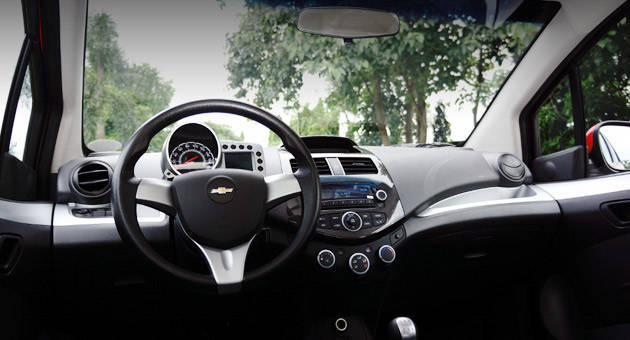 I've always liked the Spark's stock sound system. With just four speakers, it's not going to knock your socks off in terms of volume or dynamic range, but clever speaker placement on the parcel shelf and the dashboard scuttle makes for efficient acoustics. This gives them a deeper, fuller sound than door-mounted cones. Other extras for this top-of-the-line car include an alarm, power-adjustable mirrors, rear power windows, roof rails and alloy wheels--although the latter are puny enough that most people will feel the need to change them right away.

The 2013 Spark isn't a huge upgrade over the old car, but it's a definite improvement in refinement and dynamics. Still, it's a crowded market, and Chevy will have to pull some creative pricing schemes out of its hat to fight it out, especially with bigger entries like the Kia Rio and the Suzuki Dzire encroaching upon this price range, and prime competitors like the Mirage and the i10 going up in size. While the Spark is not without its charms, smart money is on the 1.0, which is cheaper, more economical and just as capable in everyday use. Just skip the sluggish automatic.

Review: Mazda 6 Skyactiv-G 2.5
View other articles about:
Recommended Videos
Read the Story →
This article originally appeared on Topgear.com. Minor edits have been made by the TopGear.com.ph editors.
Share:
Retake this Poll
Quiz Results
Share:
Take this Quiz Again
TGP Rating:
/20