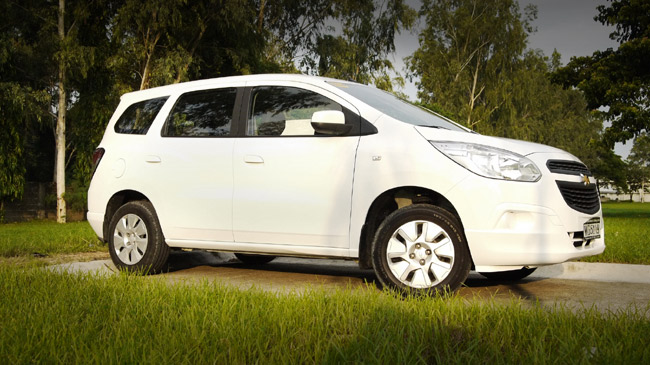 I have been dying to try out the economy of the diesel Chevrolet Spin since it was first confirmed it was coming out. The gasoline LTZ variant is a good MPV, but there's the nagging feeling that the diesel would be even better.

Unfortunately, the price premium for diesel is pretty high, and in order to keep prices low, Chevrolet has had to strip a lot of kit out of the Spin to offer it at a halfway reasonable price. That said, even considering the Spin's relatively small size, the value proposition versus older, more established diesel seven-seaters is very interesting. How interesting? Read on. 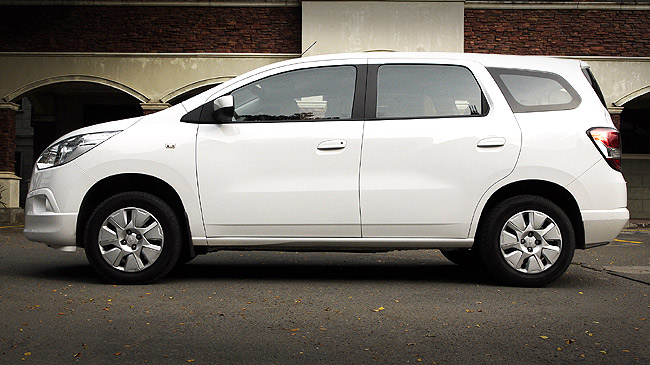 We've reviewed the Spin before, so there's not much to say this time. The base model loses some of the exterior chrome and body-color trim in favor of a matte-black grille and body-color door handles. Against the clean white body, however, it's actually an appealing look for Chevy's baby seven-seater.

While the base LS model gets steel wheels and hubcaps, it carries the same 15-inch tires as the LTZ, which gives it the same stance. There's no roof rack on this variant, but hey, you get what you pay for. 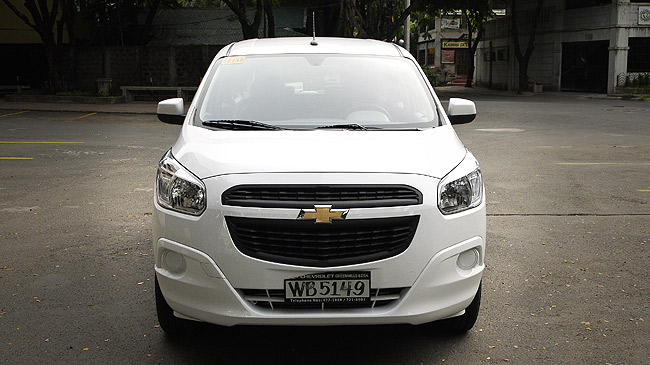 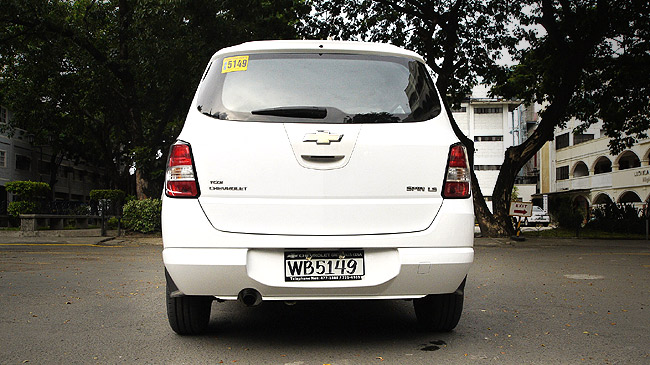 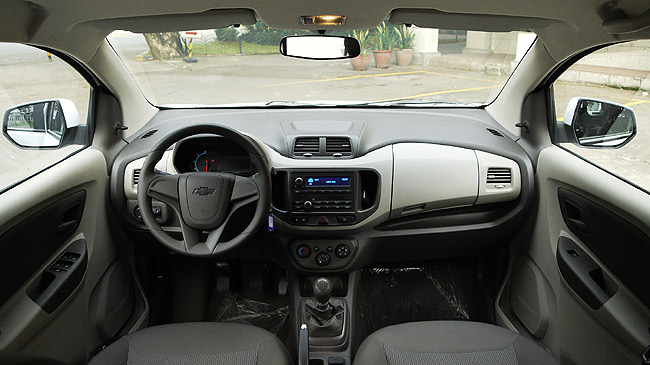 As opposed to the more upmarket "platinum" look of the LTZ, the LS gets a simpler black-and-gray color scheme. Not that this is a bad thing. The tough gray fabric on the seats and the doors feels like it can take more abuse, and the interior has a wash-and-wear sensibility.

You still get motorcycle-style analog-digital instruments, but not the same comprehensive trip computer functions as the LTZ. You also don't get the weird power-mirror control pod, though you get interior adjustment stalks, so you don't have to open your window in the rain to fiddle with the mirrors. 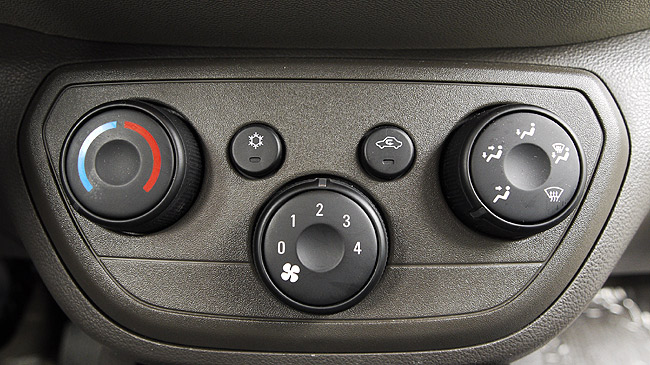 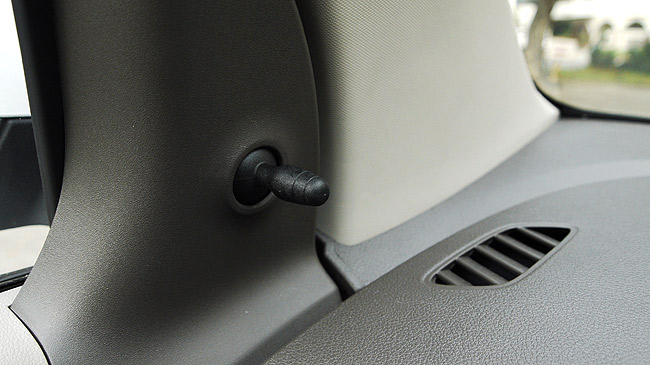 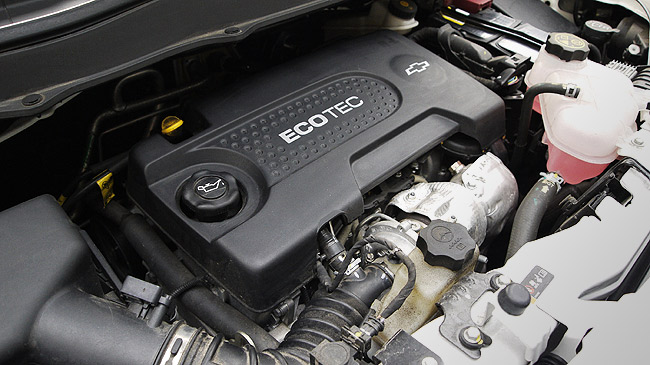 The Fiat-sourced 1.25-liter diesel is a lovely motor. It's smooth and quiet, and doesn't lug at low rpm, although acceleration is glacial in higher gears just off-idle. Once the turbo starts spooling at over 1,500rpm, it's got some punch.

Even without variable-geometry turbocharging, this tiny mill pulls cleanly to 4,000rpm. Mixed economy ranges from 14km/L to 18km/L, depending on whether your rear AC is set to cool or howling. Do note that the 14km/L figure included some nasty rush-hour traffic on C5. A lack of a sixth gear hurts engine performance on the highway compared to the Accent diesel, but with highway economy of over 25km/L at 80kph, I doubt many people will be complaining. 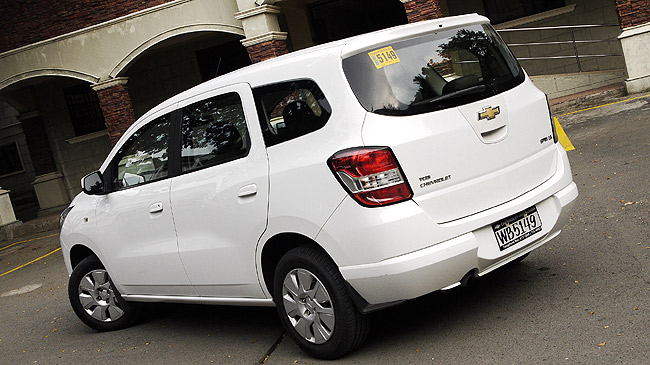 The LS gets the exact same 195/65 R15 GT Champiro Eco tires as the LTZ. The ride felt a bit lumpier initially, then we found that the tires were underinflated to 30psi. With tires reinflated to 35psi, the ride settled down.

It seems like the Eco tires use stiff sidewalls for low rolling resistance, which means that deflating them for ride comfort achieves the opposite effect. Once fixed, the LS drove exactly like the LTZ--secure, easy to see out of, easy to thread through traffic, and easy to drive at speed. 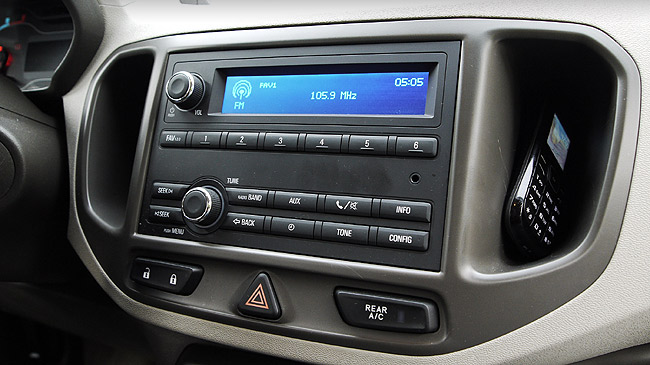 The base Spin gets keyless entry, a stereo, power windows, and little else. Buyers probably won't miss the fog lamps, but there is a good case for buying and installing an aftermarket roof rack after the purchase. But you can't install aftermarket ABS or airbags, so if those are important to you, you should be looking at the LTZ.

So the Spin is a bit lacking in specs, but to get similar features on other diesel seven-seaters, you'd need to spend P100,000 to P150,000 more. While the lack of an automatic transmission will limit the TCDi Spin's appeal, it should appeal to those who need the flexibility and utility of a diesel seven-seater yet would like something more modern than your typical AUV.

As an added bonus, none of its prehistoric competitors come anywhere close to matching the Spin's incredible fuel economy. Perhaps the newly launched Suzuki Ertiga might come close, but unless they launch the diesel variant, which uses the same Fiat diesel, we doubt it.