Neither the fastest nor the greenest
by Niky Tamayo | Oct 22, 2013
CAR MODELS IN THIS ARTICLE 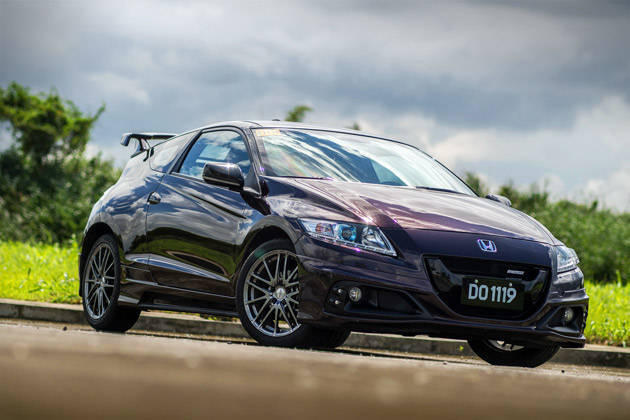 Being a motoring writer has its perks. You get to drive cars--a lot of them. Better yet, you get paid to do it. As you're taking home a new car every week, everyone thinks you're either a drug dealer or--worse--a congressman. The attention gets embarrassing. But the attention the Honda CR-Z attracted was something else entirely. Even the most jaded non-enthusiasts like the CR-Z. In an age where it's politically incorrect to own a car--let alone one this flashy--the CR-Z manages to appeal to both sides of the politically charged car debate. 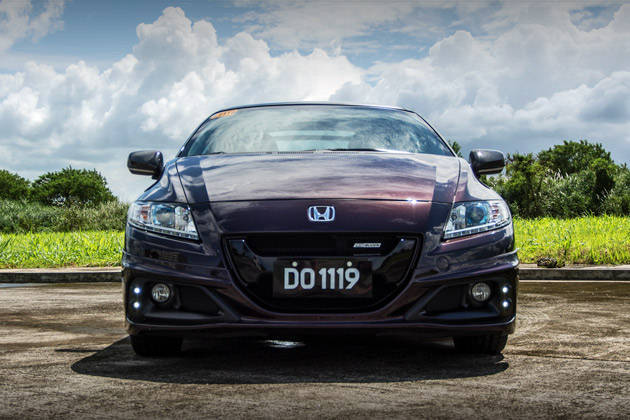 There hasn't been a liftback on the market in ages, and it's refreshing to see Honda take the challenge. Up front, the compromise in using the Jazz/Fit chassis shows in a hood that sits higher than the low-slung cabin. Otherwise, the CR-Z is lower, wider and sportier than the source material. The sharp nose features a hidden "H" in the grille, and Zs are everywhere. The tall rear deck looks great from out back, and beefy, flared fenders and a slashing Z motif turn that otherwise huge slab of sheet metal around the hips into a très sexy design feature. 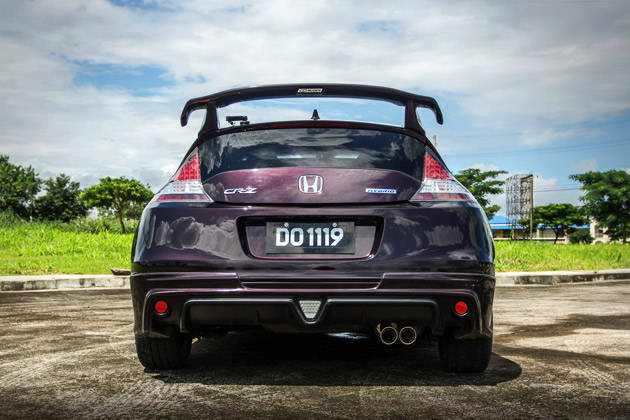 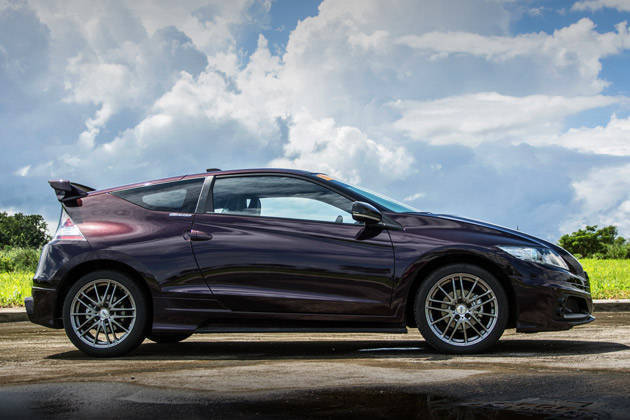 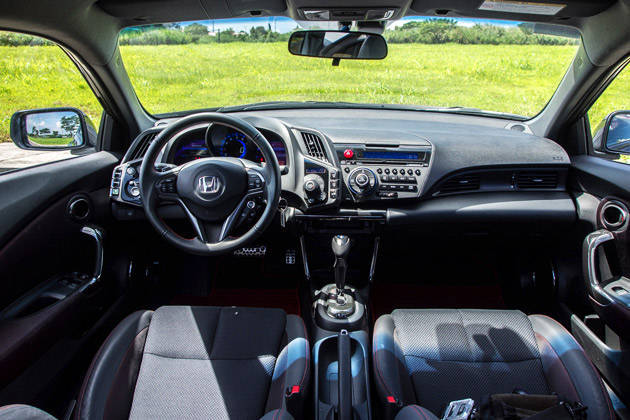 The CR-Z's dark interior is beautifully finished in soft-touch surfaces and fabrics. The cockpit is unabashedly driver-oriented, with displays and control panels radiating outward from a three-dimensional tachometer with an inset digital speedometer. LEDs in the cluster glow green, blue or red depending on how you drive. The low front buckets are hard to clamber into, but are roomy and supportive. The less said about the rear seats, the better. While the split hatch glass evokes warm memories of the CR-X, the crossbar that perfectly obscures your view out back reminds you why liftbacks are no longer popular. 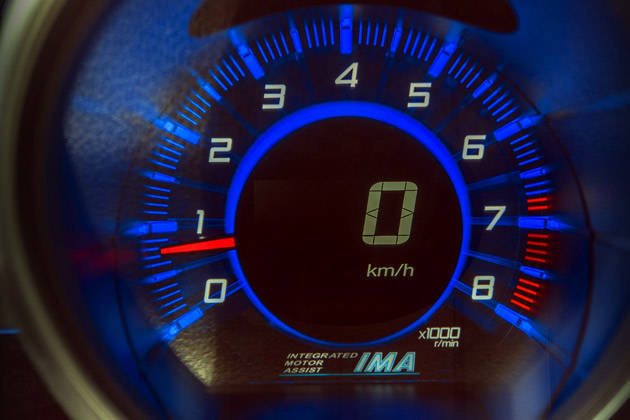 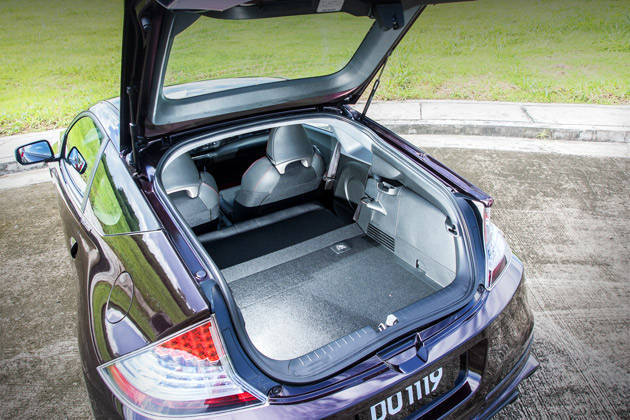 The CR-Z's gasoline-electric drivetrain feels frisky, at least until the electric motor runs out of oomph at high rpm. The continuously variable transmission is responsive, but slurs during full-bore acceleration. A useful "Sport+" button gives 10 seconds of overtaking boost. If you're already booking it, the difference is subtle. The Mugen-spec exhaust is deliciously raspy, yet drones rather loudly on the highway.

Unlike most hybrids, the CR-Z lacks an electric AC compressor and can't run in full-electric mode. As such, city economy is only 8-10km/L, even in "Econ" mode; 21-22km/L is possible on the highway with light footwork. 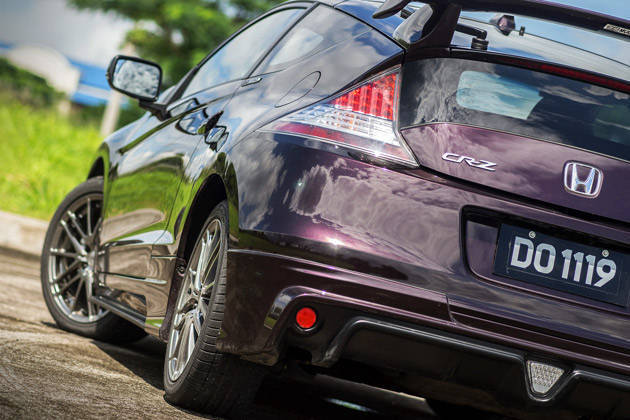 So it's no Prius-rivaling greenie. The CR-Z is still a credible warm hatch. While lacking outright speed, the handling goodness is there. Press the Sport button and the steering sharpens up, along with the throttle and transmission response. Set this way, the CR-Z turns in telepathically, and the chassis feels unflappable.

Trick 205/45 R17 Michelin Pilot Sport 3 tires feel incredibly grippy, even in the wet. But they're harsh over bumps, marring what is an otherwise supple and absorbent ride. Around town, the CR-Z is easy to drive, though the small side mirrors and narrow rear glass take some getting used to. 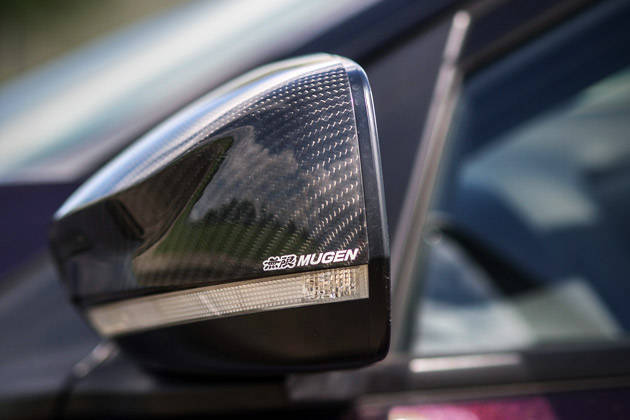 Standard CR-Z features include HIDs with LED running lights, a kick-ass sound system, traction control, front and side airbags and Isofix anchors in the rear. Not that your typical child seat will fit there. Thankfully, there's automatic passenger airbag deactivation so kids can sit up front.

The Mugen-edition CR-Z comes with carbon-fiber accents and side mirrors, forged 17-inch wheels, that rorty exhaust and a wild bodykit with a gonzo spoiler. Unfortunately, this comes at an eye-watering P430,000 premium. Personally, I'd rather have a parking camera and a DVD player than Mugen floormats. Or maybe that's just me. 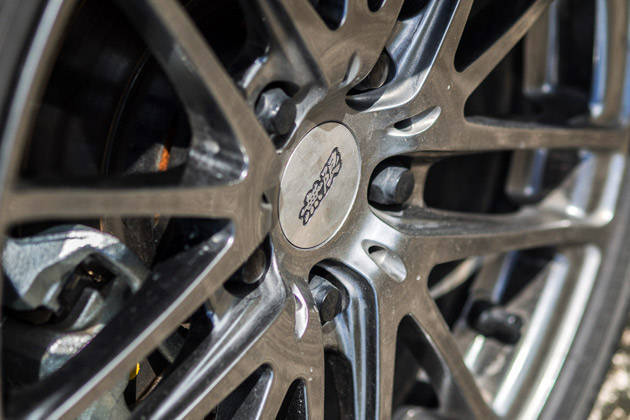 The CR-Z is neither the fastest nor the greenest car out there. A Hyundai Accent Diesel would beat it in both regards. But that's not the point. It has as much spunk and personality as the Mini Cooper, and that's no faint praise. In this light, the base CR-Z is a bargain. Some might object that the Toyota 86 is a purer driving machine. In a sense, it is. But the 86 harks back to a simpler time. The CR-Z, despite nostalgic ties to the CR-X, looks to the future. And contrary to what pessimists believe, the future doesn't necessarily suck.

Review: Nissan Almera 1.5 Mid
View other articles about:
Read the Story →
This article originally appeared on Topgear.com. Minor edits have been made by the TopGear.com.ph editors.
Share:
Retake this Poll
Quiz Results
Share:
Take this Quiz Again
TGP Rating:
/20