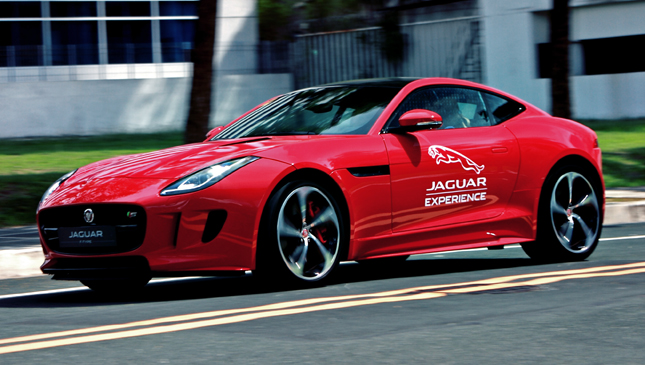 The car as a living, breathing entity is perhaps the end goal of all carmakers, consciously or not. That is probably some decades away, but we can make a case for the here and now. That car is the Jaguar F-Type. It is not so much a car as a bundle of emotions stamped in metal.

First to be felt is excitement. The Jag is all sinew and purposeful curves, a worthy successor to what is reputedly the most beautiful car ever made, the E-Type. Naming it as the alphabetical successor might seem like asking for trouble, but we can see why Jaguar felt confident enough to do so. The tapered rectangular headlamps mark the start of a long expanse of hood, as with its predecessor. The bulges on the clamshell and its lovely sweep are also borrowed from history and given a modern twist. The black maw and the surrounding air intakes impart just enough menace.

The rear is even more impressive. Both roadster and coupe variants manage to look elegant, and in the case of the coupe, the panoramic glass roof neatly merges with the rear haunches. Nearly all sports cars naturally attract attention, but the F-Type’s appeal goes past that into something bordering on arousal. Jaguar could have stopped right there with an empty shell, and it would still be something special. 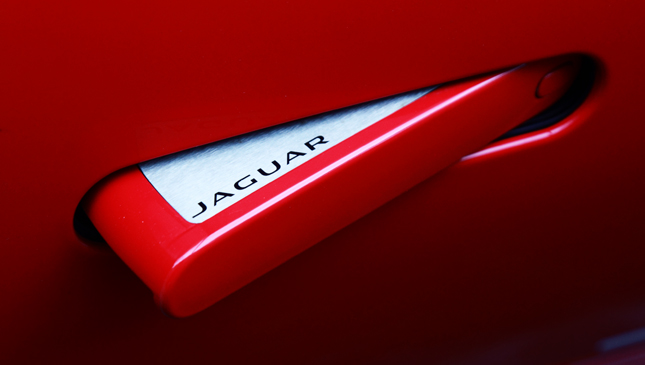 Touch the tiny button on the door, and the handle pops out. The door swings open to reveal a cockpit that’s as thrilling to see as the outside. There’s a flat-bottomed steering wheel, sculpted buckets, and several arrays of switches and controls. There’s that Jaguar trademark, the pulsing red start button. Push it and get another jolt. The engine snarls, blipping the throttle as the gauges flick all the way round.

The erectile Jaguar shift rotor is thankfully absent, replaced by a relatively conventional gear lever. There’s a manual shift gate, and paddle shifters mounted to the steering wheel are also at the ready.

We feather the throttle, and the car pulls away smoothly. There’s some anxiety at this point. At first, it’s like we’re piloting an extra-wide torpedo, but we soon become comfortable with the Jag. It’s not that difficult to maneuver in dense traffic, the bulging fenders giving a clear indication of where the front end is. With the low seating position, the rear view is practically nonexistent, but there’s a wide-angle camera to assist. 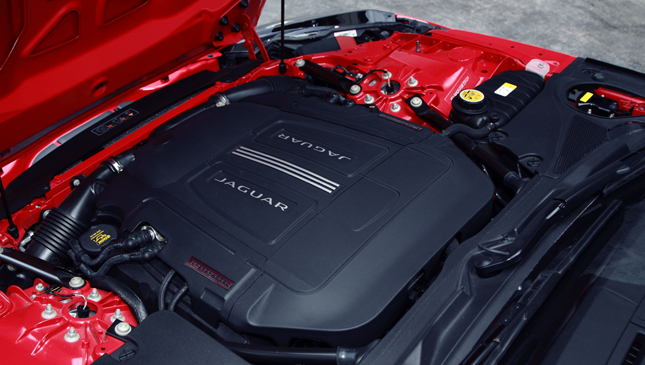 Under the hood is a 3.0-liter supercharged engine. The forced induction is belt-driven directly from the engine, so theoretically, there’s less lag compared to a turbo. In practice, there’s still a split-second delay before boost arrives. There’s adequate torque from the V6 even at low revs, mind you, but the power delivery begins to shove us in the back at the 2,000rpm mark. By then, we’re glad to have a firm grip on the steering wheel as the full 375hp and 460Nm kick in.

This is a car with very high limits--the 300kph speedometer isn’t just for show--and would be right home on the track. In town, it has the civility and comfort of a grand tourer. There’s active torque vectoring, which selectively engages the brakes to keep the car pointed the right way. All-wheel drive is available. The active damping system automatically adjusts input from the road. Bumps and potholes don’t upset the chassis. The only caveat is the front bumper, which has an extra air dam that is very close to the ground. 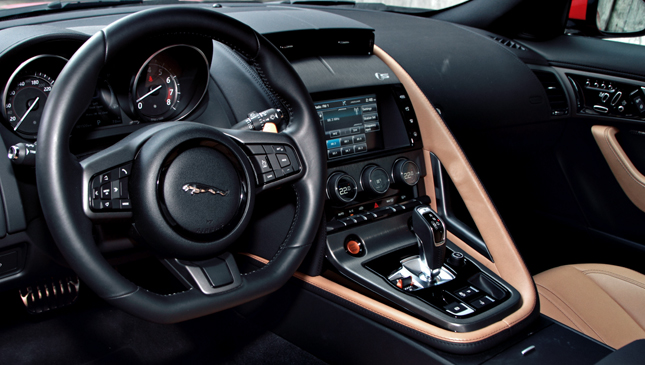 The F-Type is strictly a two-seater. For one short drive, we try to recreate Christian Bale’s three-way in the Lamborghini roadster from Batman Begins--only without swimming in the hotel fountain, and with two petite women in the passenger seat rather than leggy model types. The result is not as Bruce Wayne-ish as expected. Although both passengers are thrilled with the Jag’s acceleration, simply sitting down normally is nigh impossible. Exiting with dignity takes a strong back and thighs.

Other concessions to hooliganism include the small toggle beside the shifter, with Snow and Checkered Flag icons. Checkered Flag is for when you feel like carving up some roads. That would shift it into Dynamic mode, sharpening the throttle response and letting the eight-speeder shift more quickly.

Did we mention the noise? You can even select your level of aural stimulation. Normal is a pleasant rumbling. Loud mode turns up both the volume and sharpness of the exhaust note, complete with staccato popping noises upon throttle release.

During our three days with the F-Type, it never shows any rough edges. Perhaps more than any other sports car, it had the potential to be saddled with a lot of baggage, but Jaguar successfully modernized its halo model. If this car had showed up without any E-type predecessor, it would still be remarkable. As the successor with a lot to live up to, it is a smashing success. The Jaguar isn’t quite a living, breathing creature, but it makes us feel more alive whenever we’re near it. 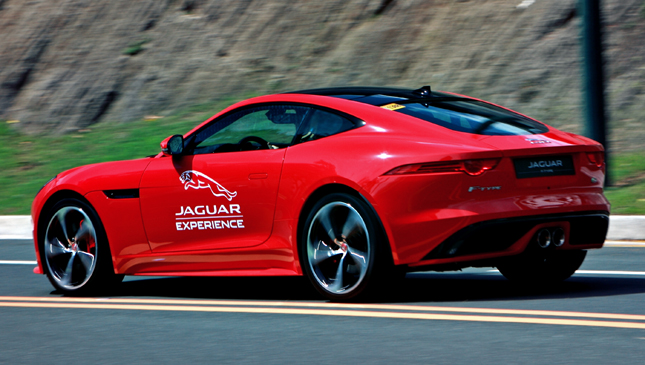 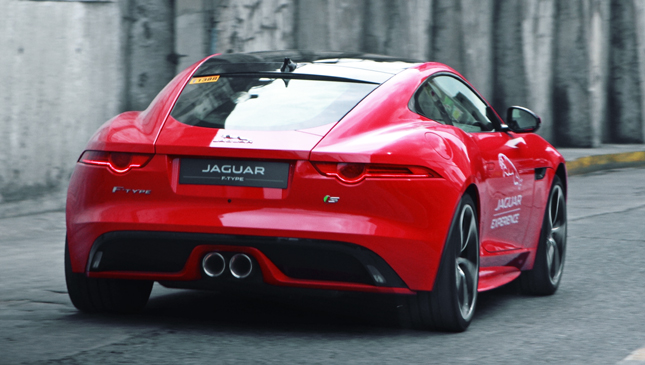 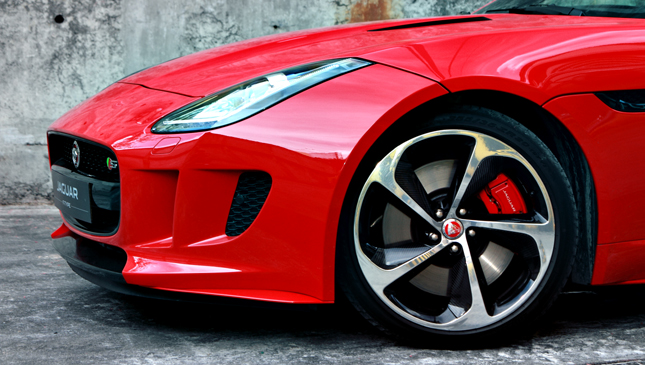 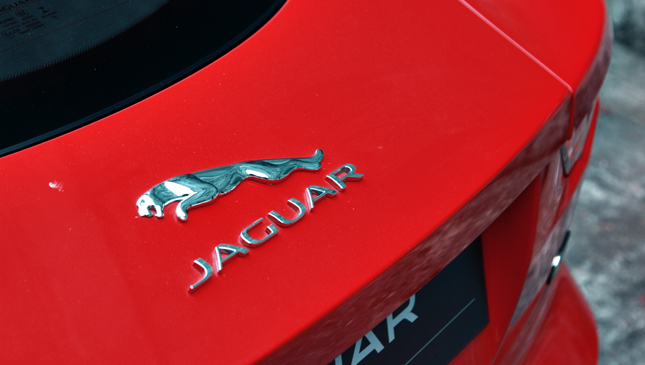 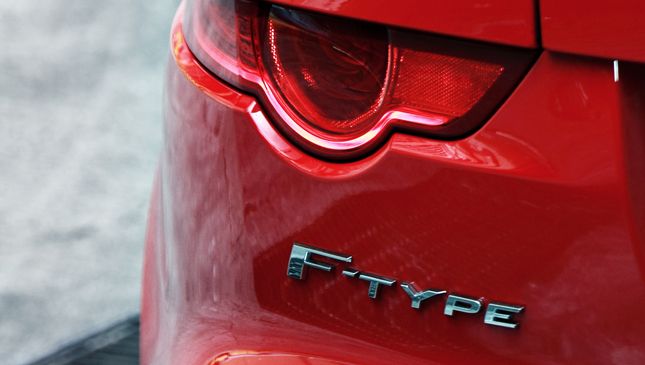 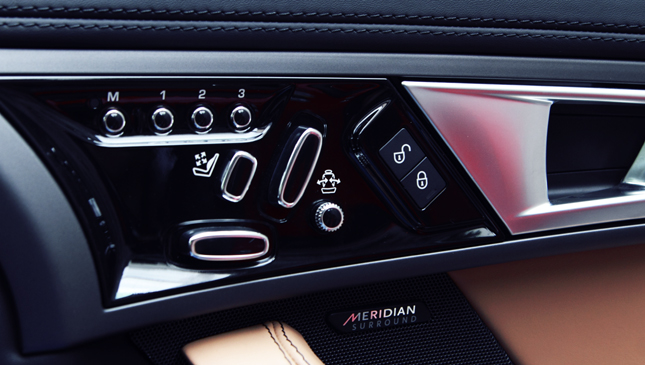 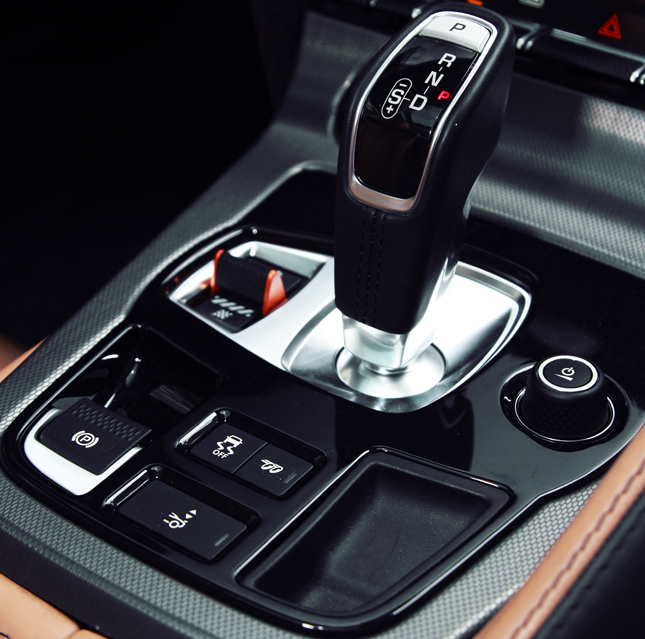 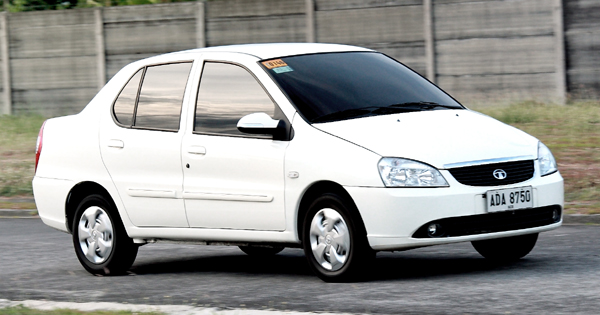