A strong contender in the compact crossover segment
by Jason Dela Cruz | Dec 2, 2013
CAR MODELS IN THIS ARTICLE 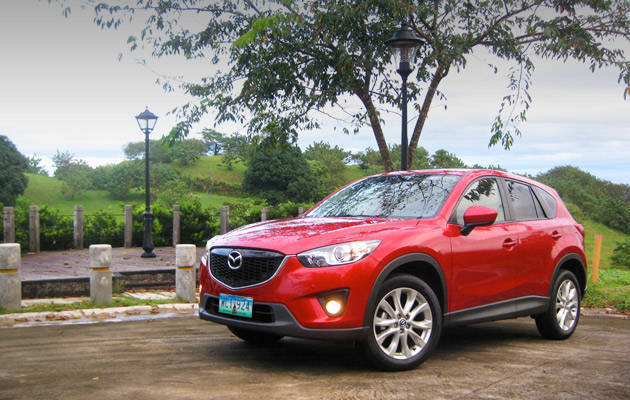 Compact utility crossovers are without a doubt among the most popular vehicles. They have been for quite some time--ever since Toyota and Honda have been going at it with the RAV4 and the CR-V. And CUVs have only become better. Subaru has crashed the party with the Forester. Moreover, smaller and more affordable options like the Mitsubishi ASX, the Subaru XV and the Mazda CX-5 have also appeared. 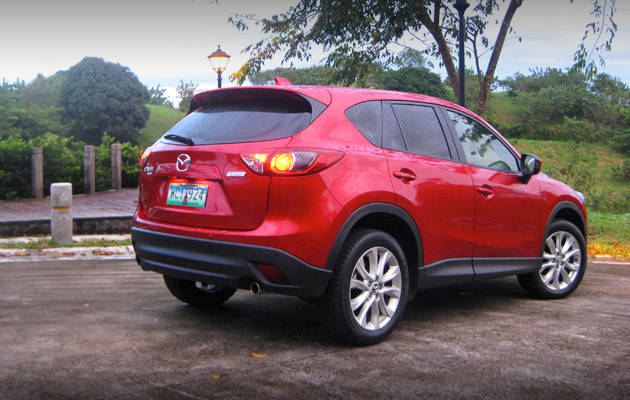 In addition to its forte of making its vehicles feel like sports cars, Mazda has the core strength of design. The CX-5, which was launched a year and a half ago, has grabbed some attention. The combination of the headlight and the grille is particularly refreshing to look at, as cars these days have a tendency of looking more and more the same. The lines flow nicely toward the rear, and just like the Mazda 6, the CX-5 looks like it's about to pounce while standing still--thanks to the company's Soul of Motion Kodo design direction. You won't tire of looking at this crossover. The 19-inch wheels give the AWD Sport variant a more athletic stance. 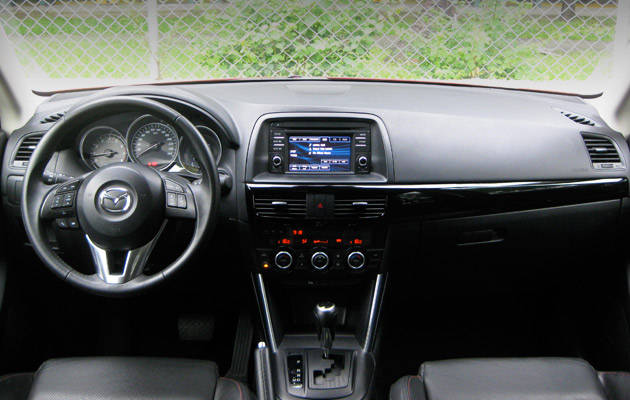 Red stitching on black leather likewise conveys Mazda's sporty character. The seats are snug and have the right amount of support. There's ample legroom at the rear for three average-size adults. Our unit comes with a nine-speaker Bose sound system. 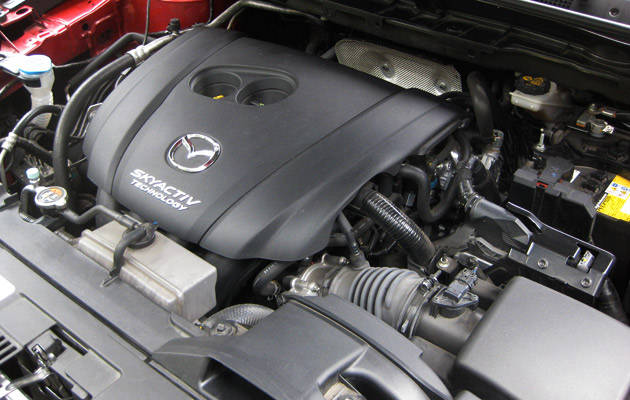 The juiciest part is under the hood. The CX-5 AWD Sport gets the 2.5-liter Skyactiv mill. Placed in a small package, it's a joy to drive. Without steering-wheel paddles though, the car's potential comes across as somewhat suppressed. It really is more of a balanced cruiser, and the six-speed automatic is still a lovely bit of kit. While most manufacturers have a plus/minus manual configuration, Mazda's is minus/plus, akin to a game console. This crossover is capable if pushed harder, and feels similar to the 6. There's the i-Stop system, which shuts off the engine during a full stop in traffic. City and highway driving yielded 8.1-9km/L and 13.1km/L, respectively.

The CX-5 AWD Sport is agile, and has nicely weighted steering and the same short throttle pedal as the Mazda 6 for instant response. It can easily be labeled as a driver's CUV because of the way it drives and handles. You have the sure-footedness of all-wheel drive, so it's stable at high speed and composed whatever the weather. At the same time, the AWD makes it feel a tad stocky on short straights, yet this crossover can respond to a heavy right foot and is refined on the highway. Come twists and turns, it feels grippy and poised, thanks to 19-inchers matched to 225/55 rubber for a larger footprint.

This Mazda has a number of party tricks, and the neatest ones are the bi-xenon headlights, the adaptive front-lighting system, the i-Stop system and the lane-departure warning system, something usually found on more expensive cars. The sunroof is a nice touch, too. The unit borrowed is also loaded with tech goodies, such as Bluetooth connectivity, reverse camera, automatic wipers, tire-pressure monitor and lane-departure warning, just to mention a few. The multimedia unit, however, responds slowly after the vehicle is started. Your music playlist via USB goes back to the beginning each time, which is particularly annoying when your playlist is long.

The Mazda CX-5 AWD Sport has features you hardly see in this price range. These tricks are usually found in high-end cars. Given the price and the goodies stuffed in this crossover, this is a no-brainer pick.