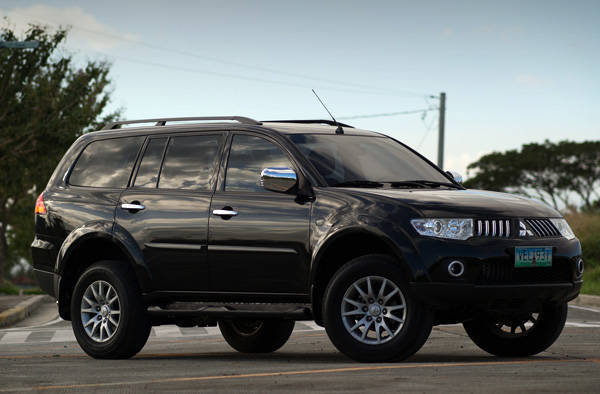 The Mitsubishi Montero Sport has been a best-seller for Mitsubishi for a dog's age. But is that because it has had no competition? With the advent of the upgraded Toyota Fortuner and the new Chevrolet Trailblazer, as well as the looming threat of an all-new, all-bigger Everest, let's take a look back at what makes the Montero Sport such a winning formula with the buyers, and see if it has what it takes to stay on top.

The Montero Sport's styling was conservatively handsome when it was launched, and that still continues today. Familiar family cues link it to the Pajero and hardcore off-road Mitsubishis of years past, but the Olivier Boulay-style nose is noticeably out of step with the current Mitsubishi car lineup. There's nothing particularly wrong with the cosmetic package, but it certainly lacks a little machismo compared to its competitors. Then again, the inoffensive looks hint at it being more of a family car than most. But looks can be deceiving. 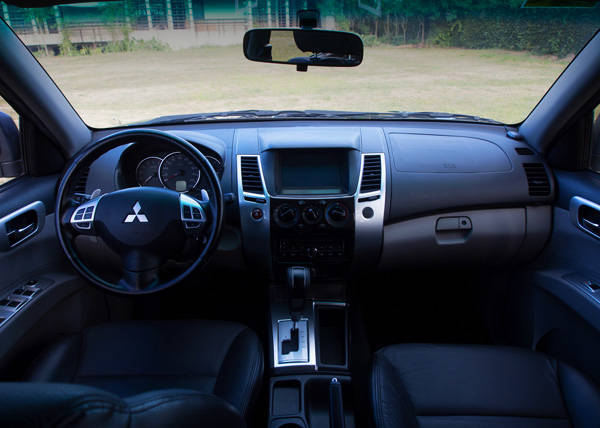 The Montero Sport's interior has all the familiar things in all the familiar places. Cabin quality is decent, but some of the plastics feel cheap, especially the large panel over the passenger airbag. But this truck's age really shows in the ergonomics. There's a sense of sitting on top of the driver's seat rather than in it.

The wheel wells pinch the second row in, and the third row is too low to the floor for most adults. Still, even the Montero Sport's newest competitors have their ergonomic compromises, and this Mitsubishi's generous legroom makes up for these minor sins.

The 2.5-liter 4D56T may share its basic architecture with the L300's prehistoric 4D56, but they couldn't be more different. It pulls strongly from off-idle, but then the variable geometry turbocharger switches into high gear at 1,500rpm, and it rockets forward, pulling hard to the 4,500rpm redline. Economy hovers from 6-8km/L in traffic and 8-12km/L on the highway, depending on how heavy your foot is. That's pretty darn good given the power and the weight. The five-speed automatic is responsive and the paddle-shifters aren't merely sporty--they're the same magnesium-alloy paddles found on the Evo X. 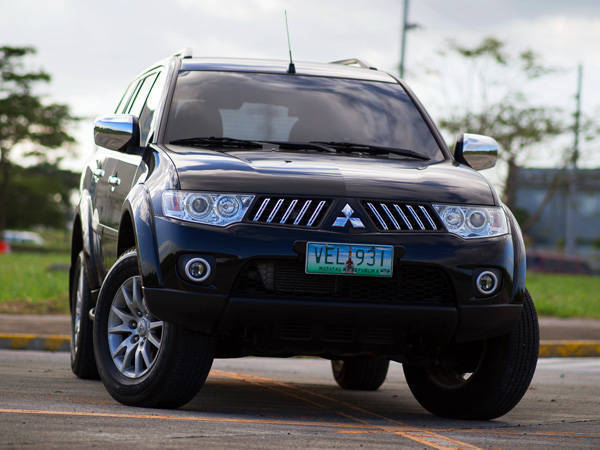 Okay, so the Montero Sport doesn't drive like an Evo, but it's a gas to pilot down the highway, with huge reserves of power and acceleration. Handling is safe and competent, but lots of body roll and arm-twirlingly slow steering discourage rally-style aggression. While the brakes are competent, a truck this fast needs better. The ride is lumpier than in a crossover, but a fair bit better than most other ladder-frame SUVs. Despite its bulk, this seven-seater has a pretty tight turning circle, and the low hood, big windows and backing-up sensors make for easy parking. 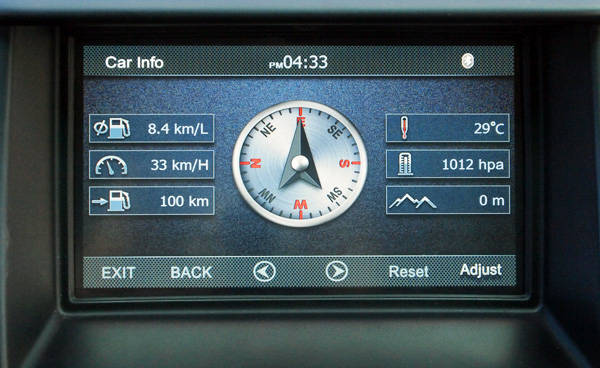 The GLS-V might be a mid-level trim, but you would never be able to tell from looking at it. Standard stepboards and foglights set it apart from the base model. There's soft, padded leather everywhere. There's a touchscreen DVD/navigation/entertainment console that includes a data display for fuel economy, temperature, air pressure, compass headings, and even an option for tire pressure monitoring (just an option, mind you, as our test unit didn't have it). Perhaps the only reason to go for the top-of-the-line GTV variant is if you need four-wheel drive, but the Montero Sport is much too nice to be taken off-road.

Even with the new and updated competitors from Chevrolet and Toyota, the Montero Sport still represents an enticing blend of power, luxury and comfort that's simply unbeatable at this price point. The manual GLS-V may have 4WD, but the clutch and shifter are needlessly balky. The top-dog GTV, on the other hand, comes with an auto but doesn't possess much in the way of extra toys. The GLS-V AT hits the Goldilocks zone spot-on. It's just right in every way.

Photos by Niky and Ken Tamayo