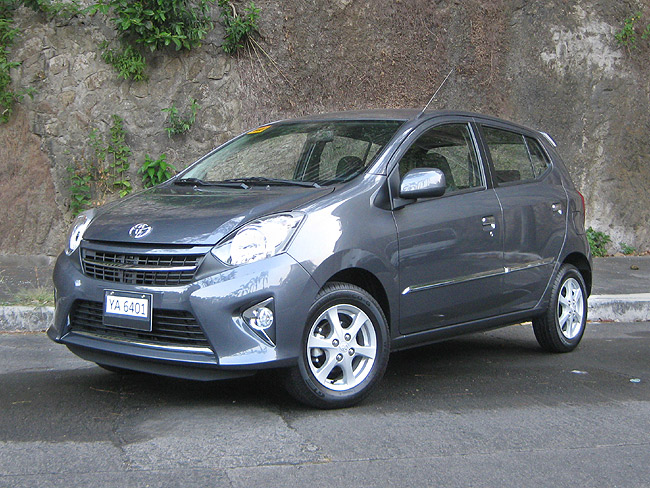 Efficiency is dictating purchases these days, and small hatchbacks perfectly fit the bill. They're easier to live with and are packed with goodies minus the prohibitive price, something totally unheard of before. Small hatchbacks are the biggest thing now. Unsurprisingly, sales have increased in the last two years. The country's leading carmaker had long been missing out on this mini hatchback segment, and it naturally wanted a piece of the action. Hence the arrival of the Toyota Wigo early this year. But just how good is this mini hatchback? 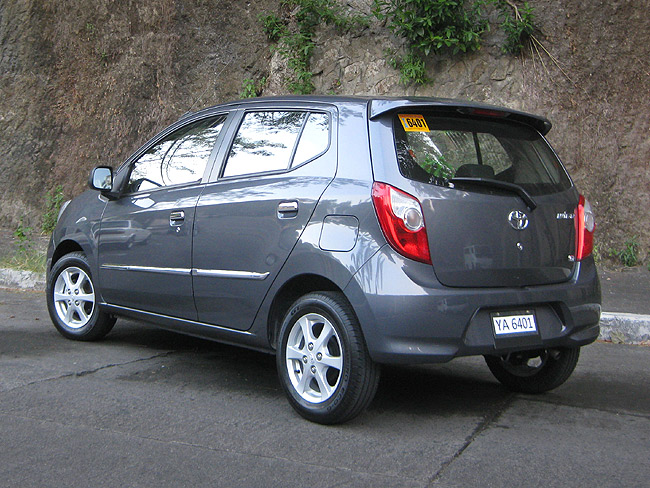 The Wigo has similarities to the Avanza, which also hails from Indonesia. It's quite a challenge to get proportions right in a small car, and the Wigo does look well-proportioned.

The front is dominated by large air intakes and MR2 Spyder-esque headlights. The G variant sports a rear spoiler as well as six-spoke 14-inch alloy wheels similar to those of the "Love Life" Corolla, and is adorned with chrome strips and chrome door handles (although this styling cue is dependent upon one's taste).

Look around further, though, and you'll start spotting cost cuts. This manual G doesn't come with keyless entry, and without a keyhole on the passenger-side door, you'll have to point out this fact to your date just so she doesn't think chivalry is dead. 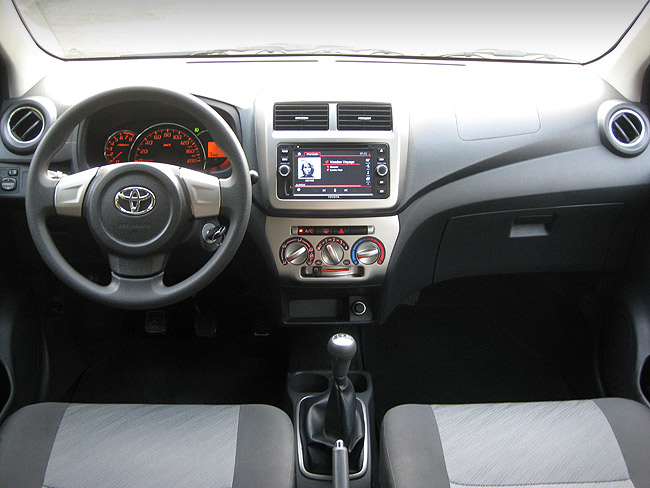 The inside is where this diminutive hatch starts to really reveal its price. It feels very plasticky. That's not a surprise considering affordability is the goal here. On the upside, there are brushed-metal panels that liven up the cabin, while one-piece seatbacks add a sporty touch (even if the intention is to cut costs). And despite its size, the Wigo offers lots of legroom. 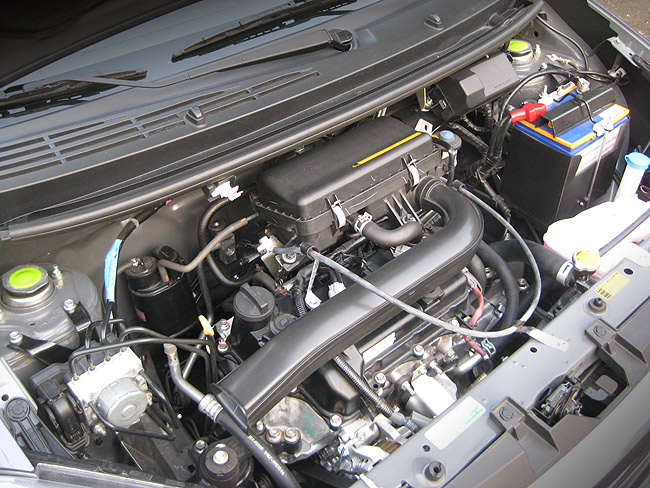 This Wigo's clutch feels springy, while the gearbox is notchy. You simply can't ask for an exceptionally good gearbox at this hatchback's price point. Minus the notchiness, it's hard to fault. Once you pick up speed, the car becomes fun to throw around. It may only have 64hp, but it hardly has any weight to carry anyway.

City consumption is around 9-11km/L. We expected better numbers with the light weight and displacement. This little hatch, however, doesn't possess any new technology. It's not too aero-friendly either. Highway figures, meanwhile, hover around 16-18km/L, which is respectable. 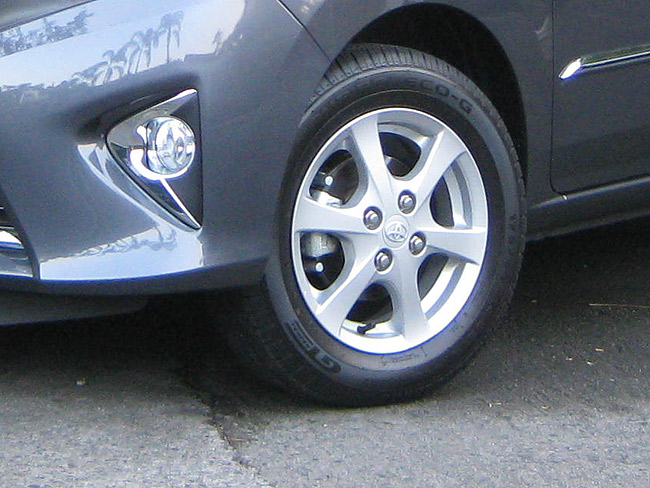 The Wigo's suspension is adequate. It does a fairly good job of absorbing surface irregularities and offers a stable ride. Steering is on the heavy side and could do with more feel. Apart from the small size, good visibility all around makes this little hatch easy to maneuver. 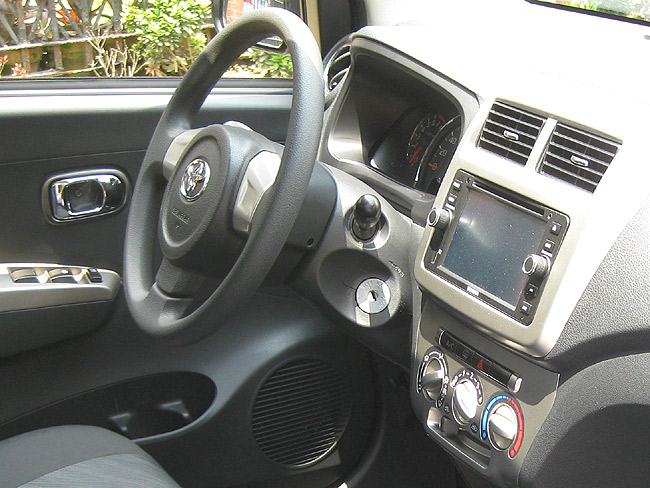 The Wigo comes with a touchscreen head unit to match one of the biggest selling points of the Mitsubishi Mirage. But it falls short in almost every aspect. You can connect your iPod, but the head unit is just too powerful for the pair of speakers. No matter how much you adjust the treble and the bass, it still crackles and gets more annoying when you increase the volume. Navigation is also an extra.

As for safety, the G has dual airbags.

Toyota's goal is to sell. If the company can offer the masses an affordable car like this Wigo variant, then it's a win-win situation. For the Japanese carmaker, joining the city car segment is too good to pass up.

For the consumer, meanwhile, it's a brand-new purchase within one's means with the reassurance of the Toyota badge. That solid reputation is still hard to beat.