10 lines to make you sound like a genuine car guy 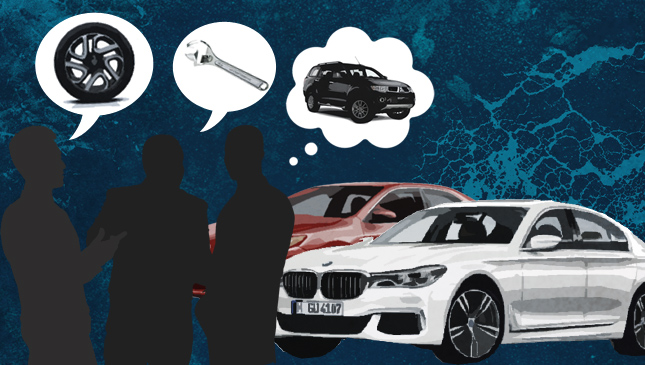 If you read Top Gear, both online and print, you can probably hold your own in a car conversation. But if you really want to impress, and sound like this all comes second nature to you, you'll want to expand your vocabulary and phrases beyond spec-sheet surfing.

In other words, it's time to level up to being a car geek. Use these sentences we’ve culled from our petrolhead writing pool, and everyone in your next drinking session will be convinced you’re a car expert.

1. "Rear disc brake conversions are a waste. On a street car, the front-rear bias will be the same." (Ferman Lao)

Explanation: Converting a base-model car with rear drum brakes to disc brakes is a popular modification. But as our technical editor points out, simply changing the brakes does not make for better braking, because you can't change the brake bias. In other words, very little hydraulic assist goes to the rear brakes, which do very little of the braking anyway, and more goes to the front brakes, where it's needed.

Explanation: As street/racing tires, Advan Neovas have few peers. And the unmistakable tread pattern makes your car stand out. Be warned, a full set will cost you an iPhone and a half.

3. "I was getting some push in the low-speed stuff until I dialed in some more camber up front." (JV Colayco)

Explanation: "Push" is how racers often define understeer, the condition where the front wheels of a car start sliding in a turn. "Camber" refers to the alignment of the tires. More negative camber--with the bottom of the tires poking out of the sides of the car--gives more grip, much as it does for a motorcyclist leaning into a turn. Extra pogi points if you adjust your camber via camber plates, visible on top of the shock towers in the engine bay. Negative pogi points if your car is otherwise completely stock.

4. "If it's a 'Y plate', that car came from Cebu. And it's converted from right-hand-drive. Mahirap i-register yan." (Mikko David)

Explanation: If a secondhand car is advertised at way below market value, and it has a "Y" or "B" plate, chances are it came in through Cebu (Y plates) or Cagayan (B plates). Because of the questionable legality of these imports due to the ban on secondhand cars, they're a target of constant harrassment by traffic authorities.

Explanation: These are the model codes for all four generations of the Mazda Miata. Hardcore fans put the 1989-1996 "NA" generation on a pedestal as tall as Mount Everest, as they should!

Explanation: The 964 was the first modern 911, being the first to offer a Tiptronic transmission and all-wheel drive.

Explanation: The 993 was the last 911 to feature the legendary air-cooled six-cylinder boxer engine. The "124" or "W124" E-Class, meanwhile, was the first truly advanced Mercedes-Benz, and maintained the legendary reliability of the W123 that preceded it, while being much more sophisticated.

Explanation: Nissan geeks are a very special sub-breed of car nuts, with a language all their own. The RB is the turbocharged six-cylinder engine from the legendary Skyline GT-Rs, while the SR20 is its four-cylinder baby brother. Both are legendary for their ability to hold big power, and both are go-to engine-swaps for budding drifters with ratty old Cefiros and Corolla DXs. Yes, we know the Corolla isn't a Nissan.

Explanation: The contentious Manila Sports Car Club list isn't entirely a new thing. It's been floating around for years, and has always been hotly debated. While it's admirable that they try to stick to the classic definition of a sports car, it is quite nebulous. There are requirements like being "low-slung" and "designed for high speed" being incontrovertible, but others, such as "light weight," "two-door," "one-or-two-seat," "usually rear-wheel-drive," and "purpose-built" being much more contentious.

Explanation: Formula D in the US started out like the Japanese D1 drift series, but is now dominated by powerful, big-bore V8s and big-money teams. Not quite the same grassroots-level enthusiast sport as the original. 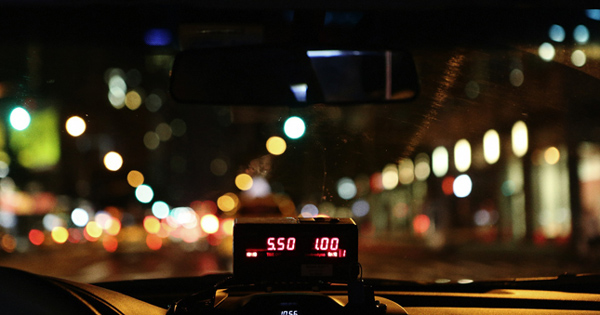 The taxi story: We find out what it's really like to be a cab driver in PH
View other articles about:
Recommended Videos
Read the Story →
This article originally appeared on Topgear.com. Minor edits have been made by the TopGear.com.ph editors.
Share:
Retake this Poll
Quiz Results
Share:
Take this Quiz Again
TGP Rating:
/20