Here are the 12 best bits about the Lamborghini Huracan STO

This supercar’s a wild one
by Ollie Marriage | Aug 15, 2021
CAR BRANDS IN THIS ARTICLE 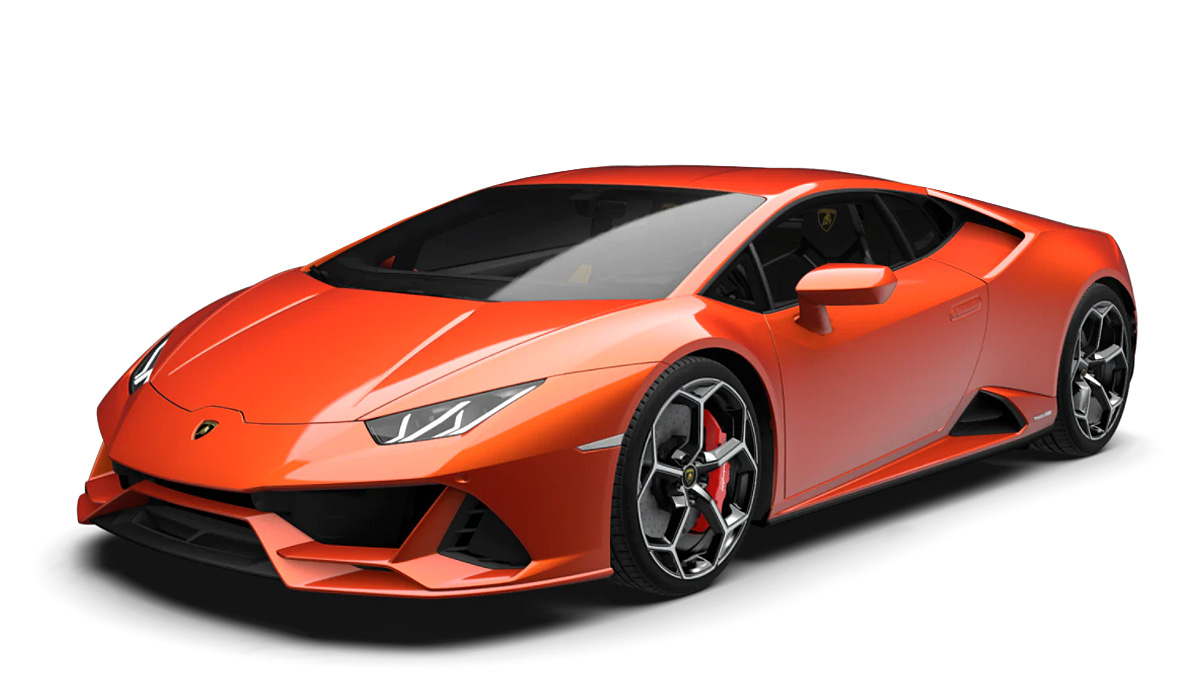 1) The stickers and carbon 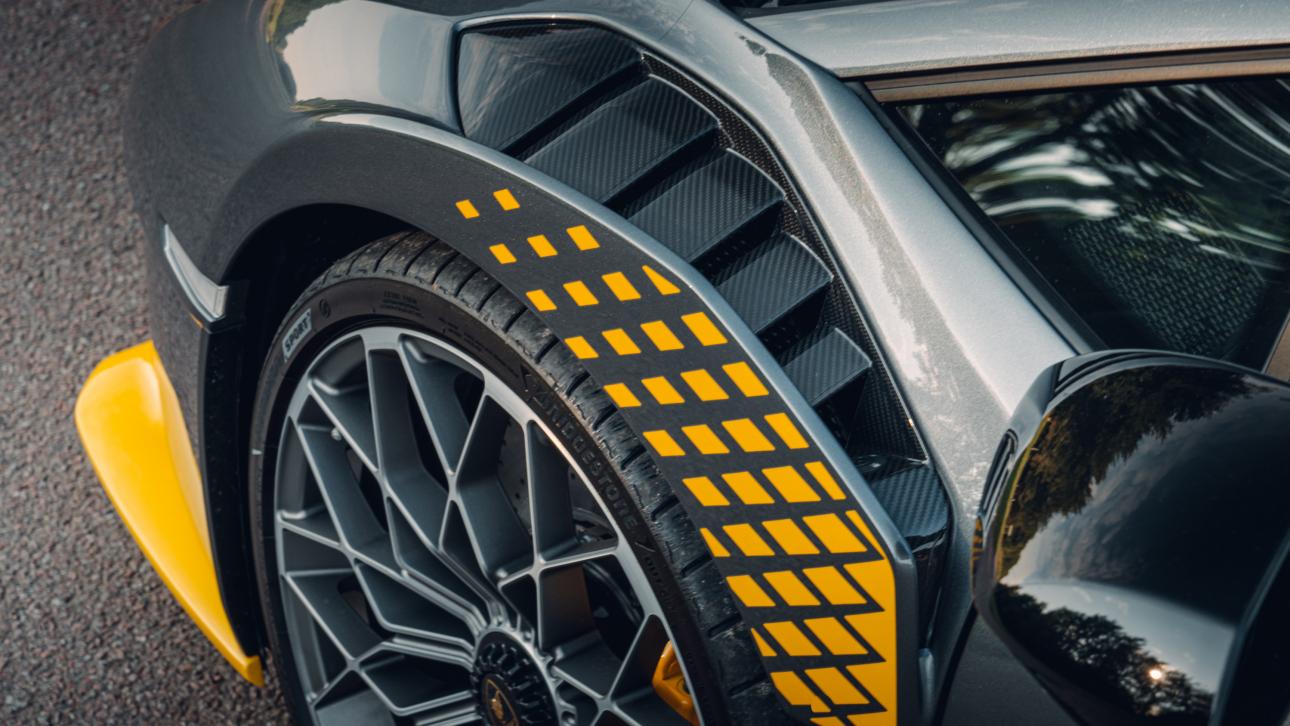 The stickers. You don’t have to have them. But you’ll be on the Lamborghini configurator, add them as a test, and then decide you can’t be without them. They’d look daft on a McLaren, but a Lambo is more extrovert, so roll with it. And the £4,140 (P288,000) bill. Which pales into insignificance since you’ll have already ticked the £14,850 (P1 million) shiny carbon exterior pack.

Lambo has clearly been taking lessons from Ferrari and McLaren about what you can get away with charging. It would be silly to suggest that one of the reasons that makes race replica supercars such good business is that you can charge so heavily for the options. If only it wasn’t true. The Grigio Titans paint? That’s £11,250 (P784,000).

2) The view from the wing mirror 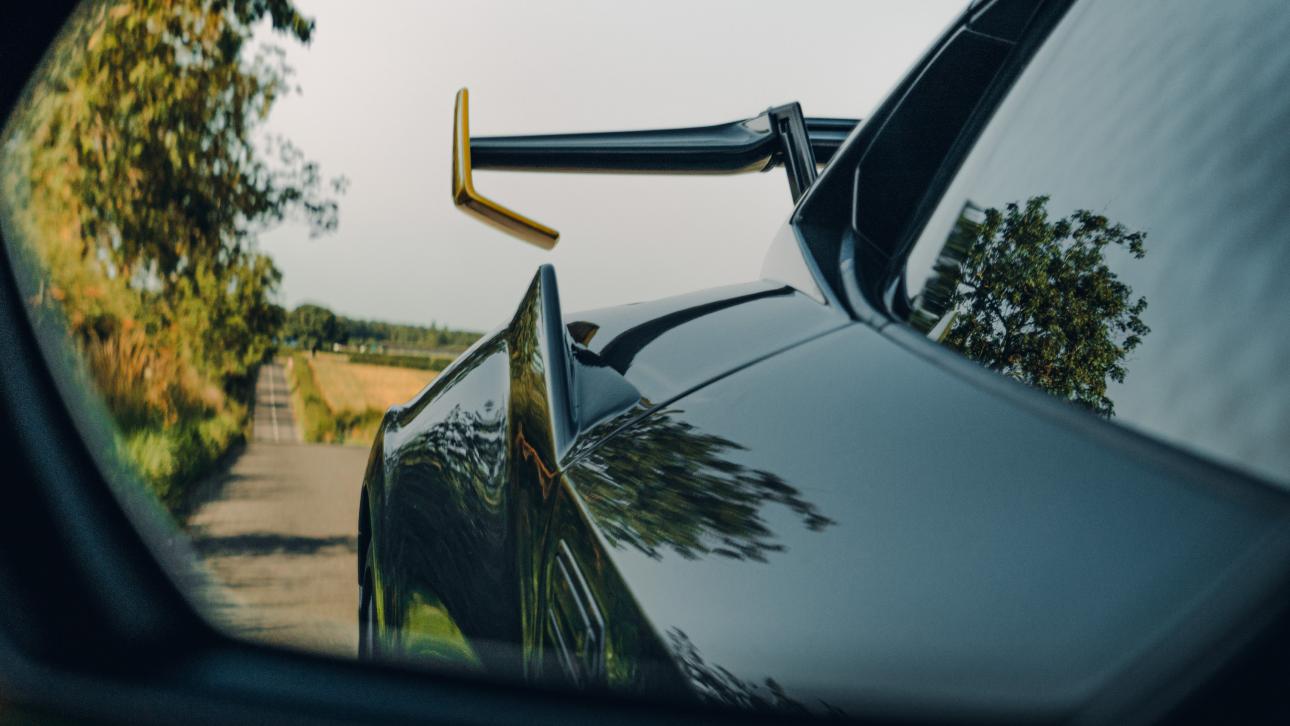 You get this view without shoveling options on the outside like a furious stoker fuelling the Flying Scotsman. Both wing and fin are standard. Wing does downforce, fin helps send air its way, and also channels it into the NACA duct for the engine to gulp down. But mainly: view. Going to be spending a lot more time using the mirrors now, aren’t you? 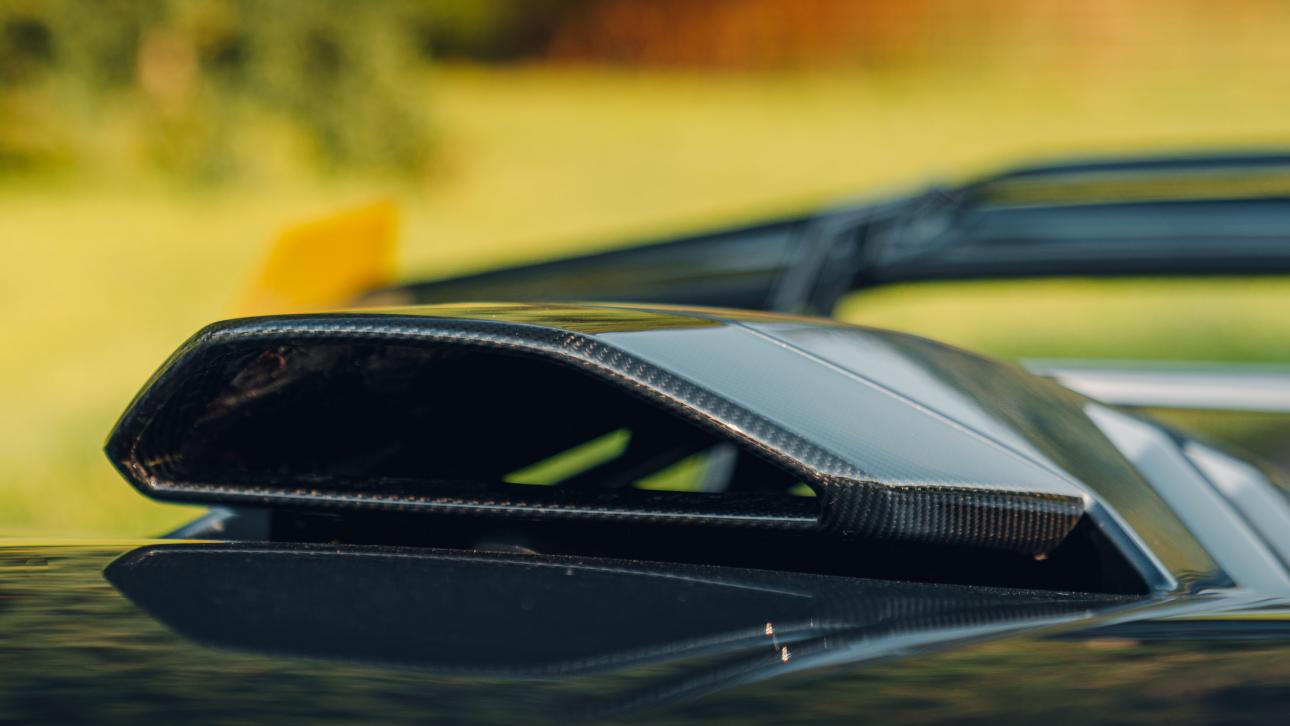 Correct, it’s b. The big scoop periscoping proudly into the air above the roof goes nowhere, it just ducts cooling air down on top of the engine. I’m sure it’s useful and all, but it’s not quite the real deal is it? And yes, that is daylight you can see out the other side. 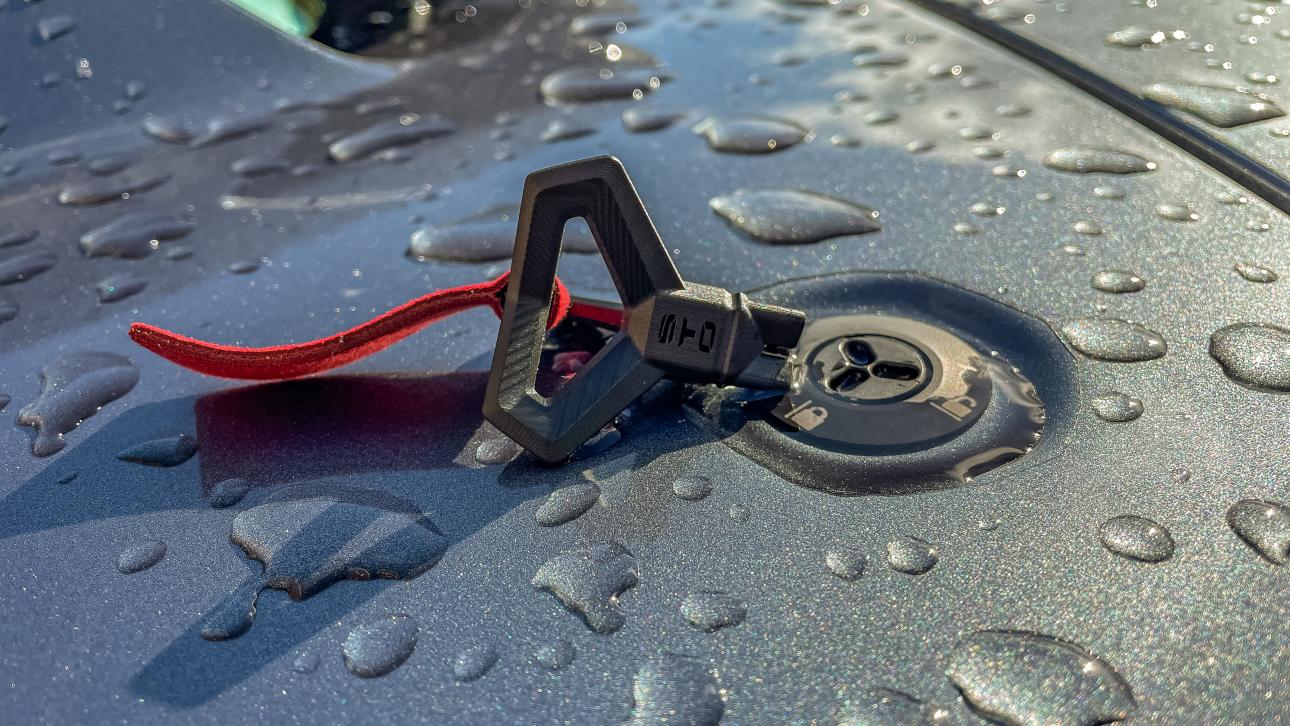 You don’t just pull a lever to pop the engine cover. Oh no. There’s a special key. It lives in a slot in the footwell—y’know, where you’d normally find a hood pull. Insert it in the slot, twist and then push the button to release. But because of regulations, you can’t then just remove the rear body panel. No, you have to lift the panel the inch it permits, insert your smallest finger into the largely non-existent gap and hook back a sprung arm. Now you’re good to get undressing the STO. 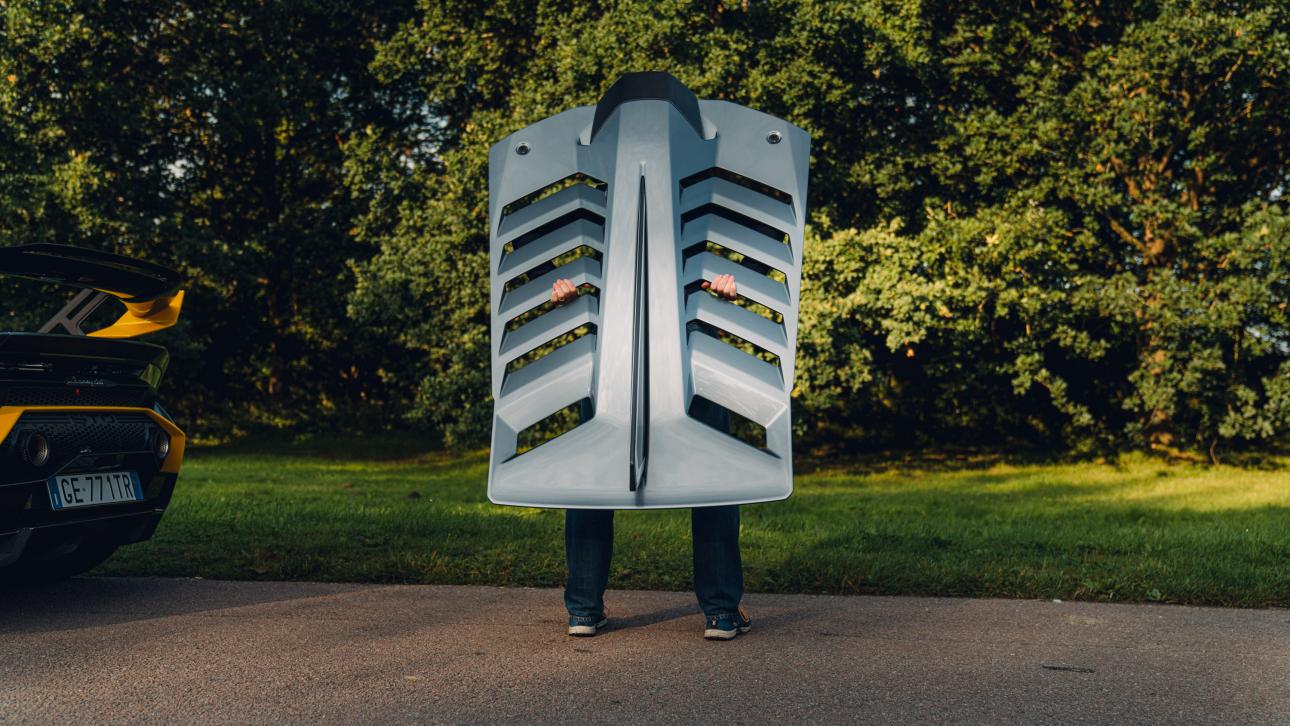 Turns out what you’ve got in your hands is Batman’s cape. Put it on, superhero. 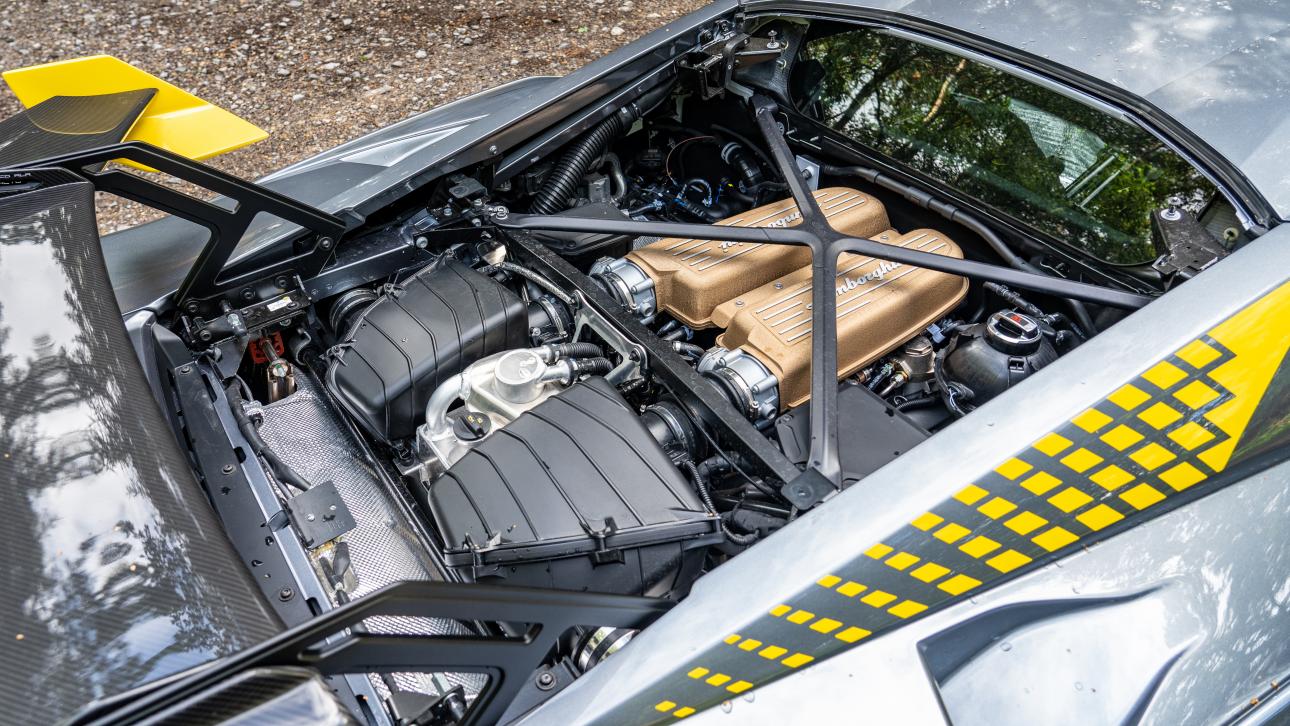 Now you’ve done all the hard work, put the cape down somewhere—carefully!—and go have a gander at the V10 nestled proudly in the back. Look, you can see everything. People will gather and admire. Now tell the owner of the Porsche 911 GT3 RS parked next to you in the pitlane you want to see his marvelous flat six. Watch as he shuffles from foot to foot. Or goes in search of a scissor lift. 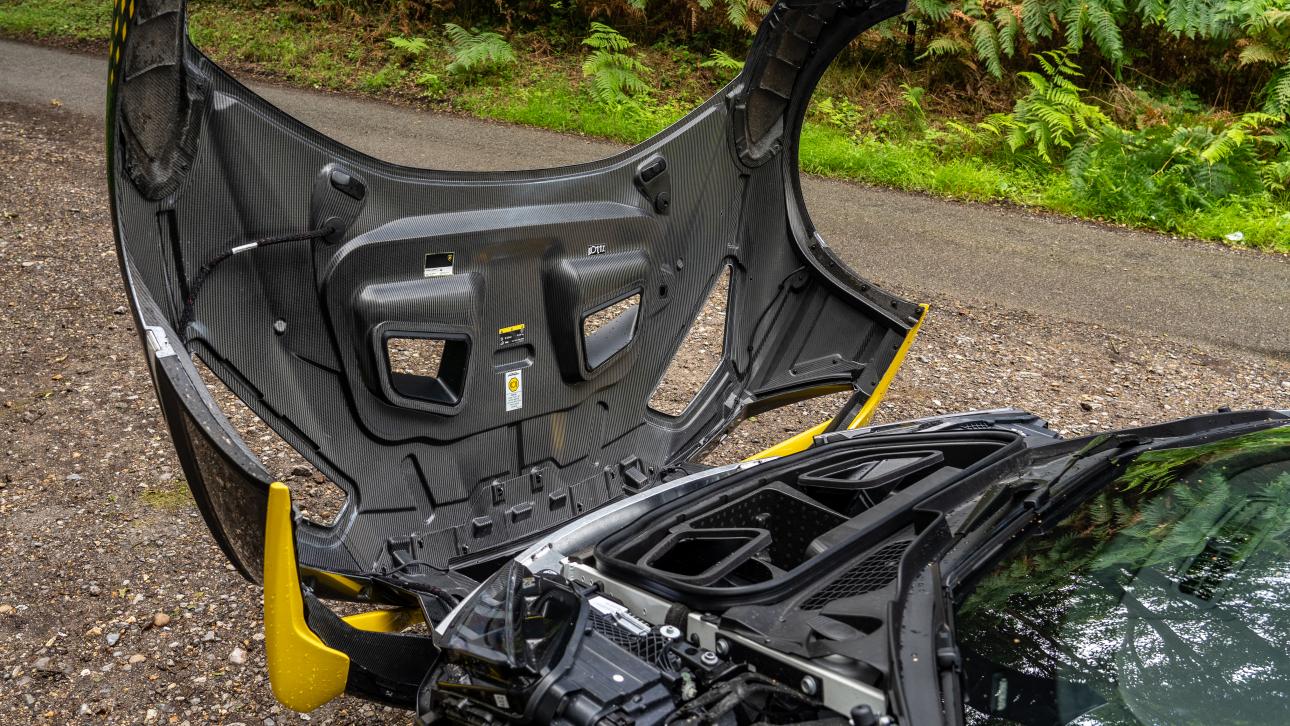 It’s not just the engine you access with the Secret Key. Look back at the first picture and you can just see the same key slot tucked away on one of the carbon louvers over the front wheel. No poxy little pop-up hood here—the whole clam opens up. If anyone in the vicinity asks about insurance repair costs at this point, attempt to stuff them into the 38L helmet storage provided. 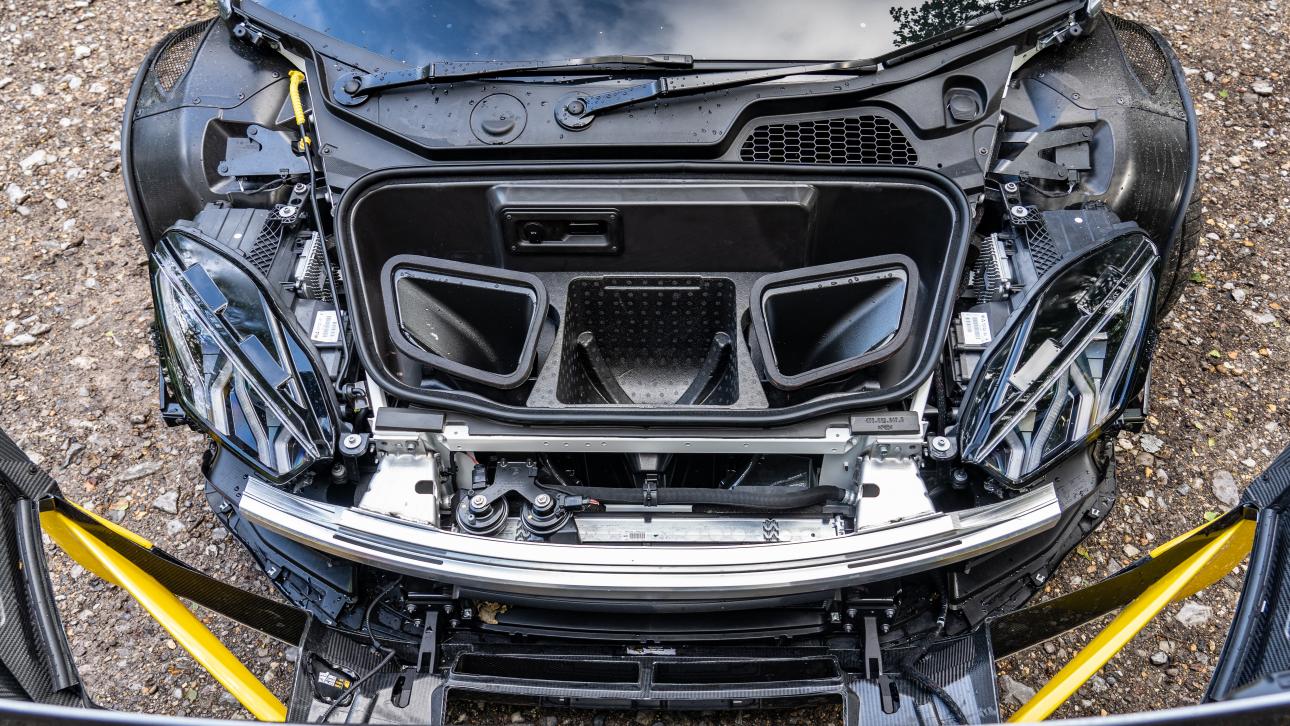 Here it is, flanked by a pair of radiator extraction vents. Look, it’s helmet-shaped and everything. But not actually big enough for a helmet. Not mine, at least. From this, we can either deduce that Italians have small heads, or I have a big head. Happily for the larger brained amongst us that foam nest can be removed. Your helmet might not travel as cozily in the larger resulting space, but at least it won’t be rattling around the passenger footwell. 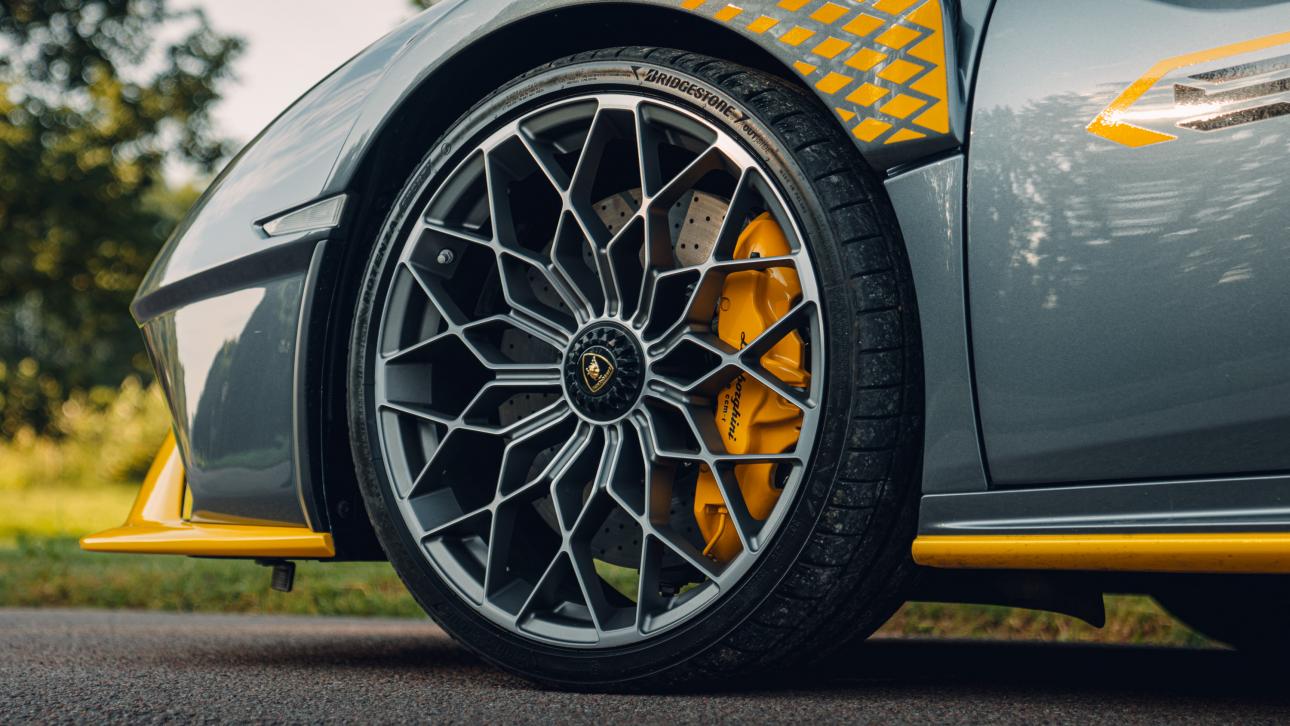 Car valeters look away now. Same for you, tire fitters. Fiddly wheels, clutched tight to the hub with a single center lock nut. Yes, Brembo’s carbon CCMR brakes mean less brake dust buildup at the end of your track day, but think of the panic you’ll instill at your neighborhood tire shop when you turn up to have a new set of Bridgestones levered on. 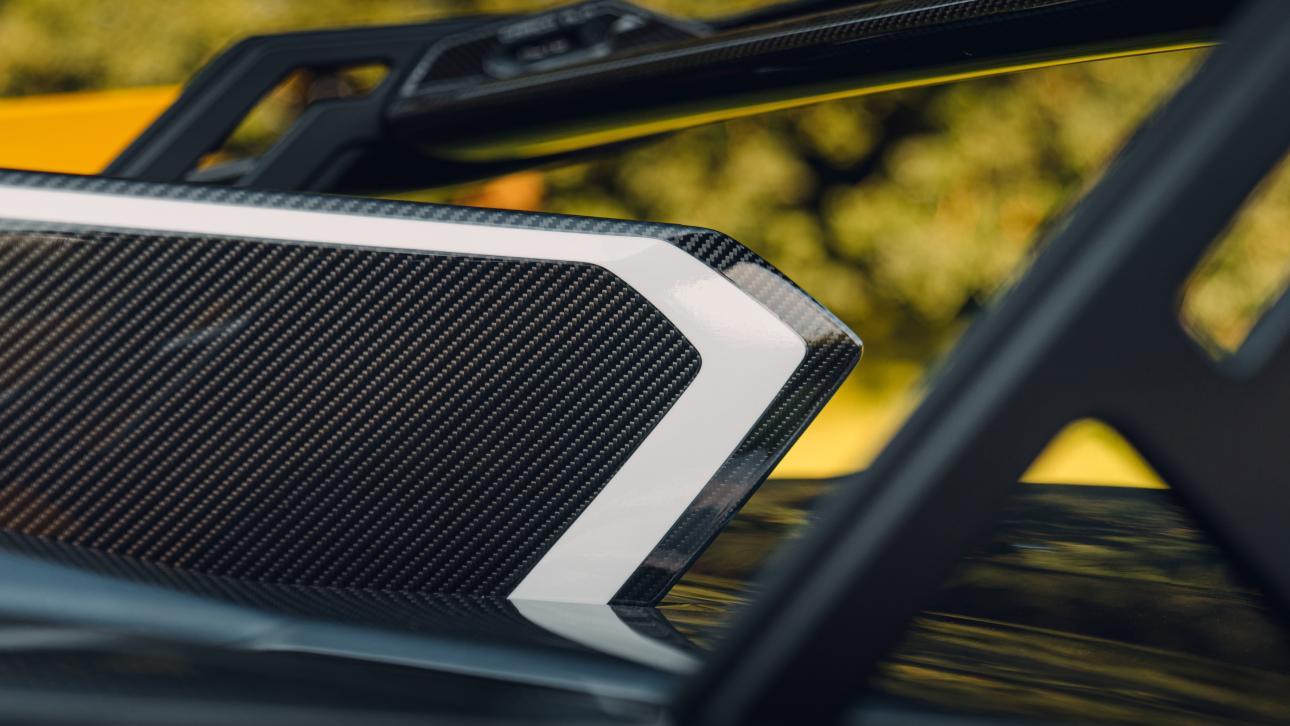 Actual fact incoming. The fin is not for straight-line ability—at least not primarily. Instead, it’s designed to increase yaw stability during cornering when air is passing over the rear deck at a slight angle. It also straightens that air up before passing it on for a pummeling at the hands of the rear spoiler. All good, aside from the fact the roof scoop has presumably been busily making a nuisance of itself in the airflow before the wind even reaches the fin. 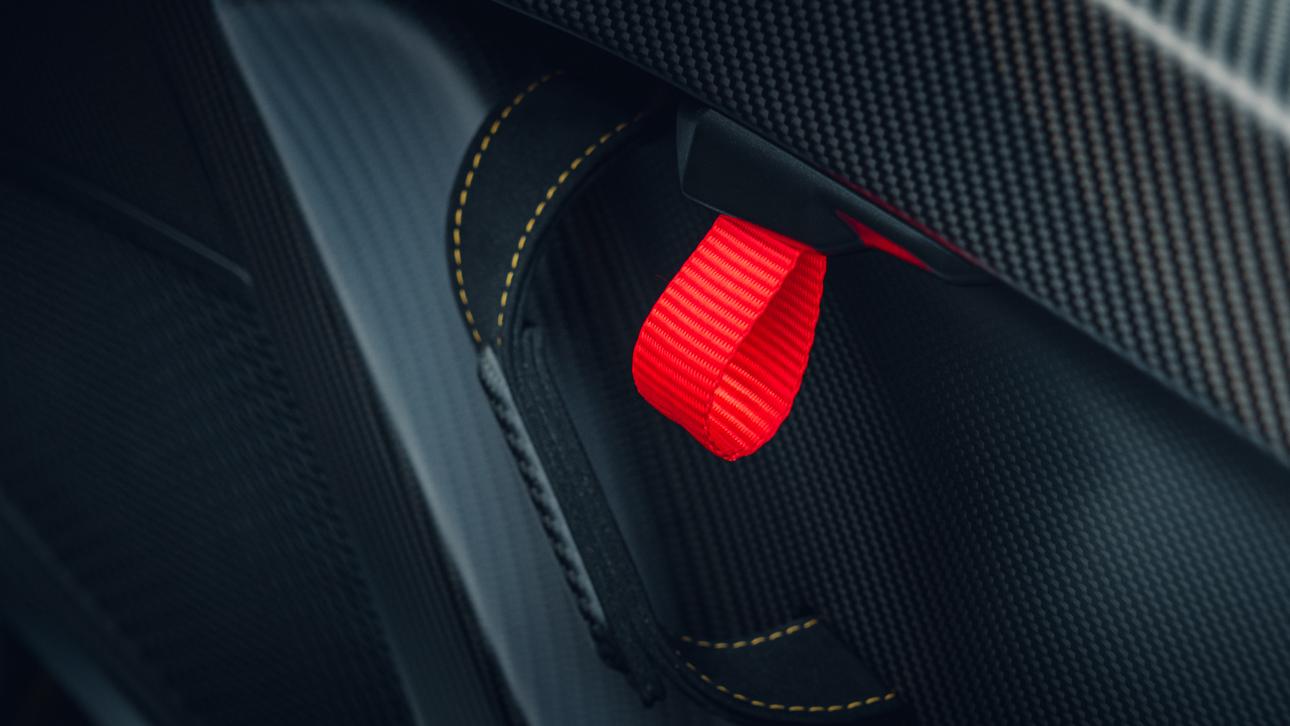 These little red door release tabs are super-satisfying to use. I know that sounds like such a small thing, but they have such a crisp, short pull that every time I came to get out of the car, a small inner glow of appreciation came over me as I hooked my index finger into the loop. Good work on the fabric door pulls too. If you’re the person responsible for these elements of the STO, the espressos are on me if we ever meet. 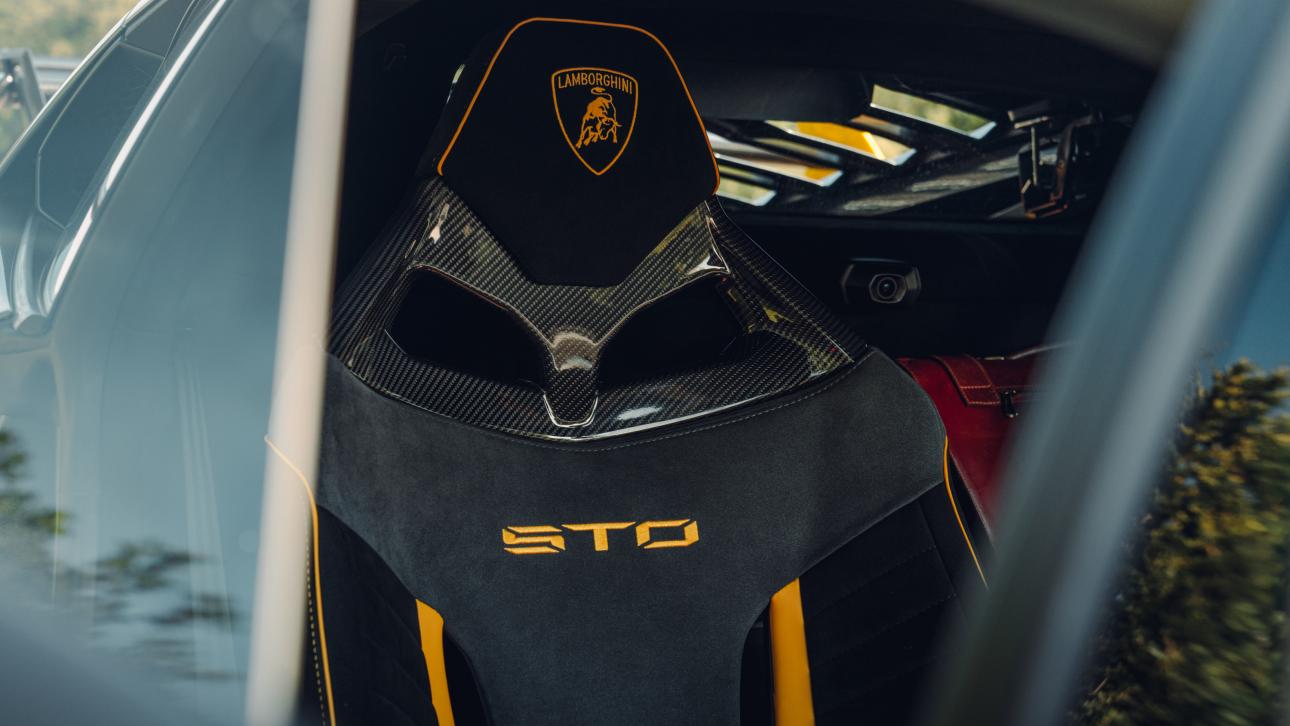 In the past, Lamborghini has given the world some truly, truly awful seats. I once likened the Aventador SV’s bucket to sitting on a pair of pallets, while going further back I remember being almost unable to climb out of a Gallardo Superleggera as its chair had somehow managed to trap every nerve going to my legs. These seats in the STO though, are mighty fine. Really. They only adjust two ways: fore/aft and a very neat lever that doesn’t—as I assumed—do height adjustment, but tilt. Which is height, but with added (or subtracted) angle.

Read TopGear.com’s full review of the Lamborghini Huracan STO here. (link back to article when published) 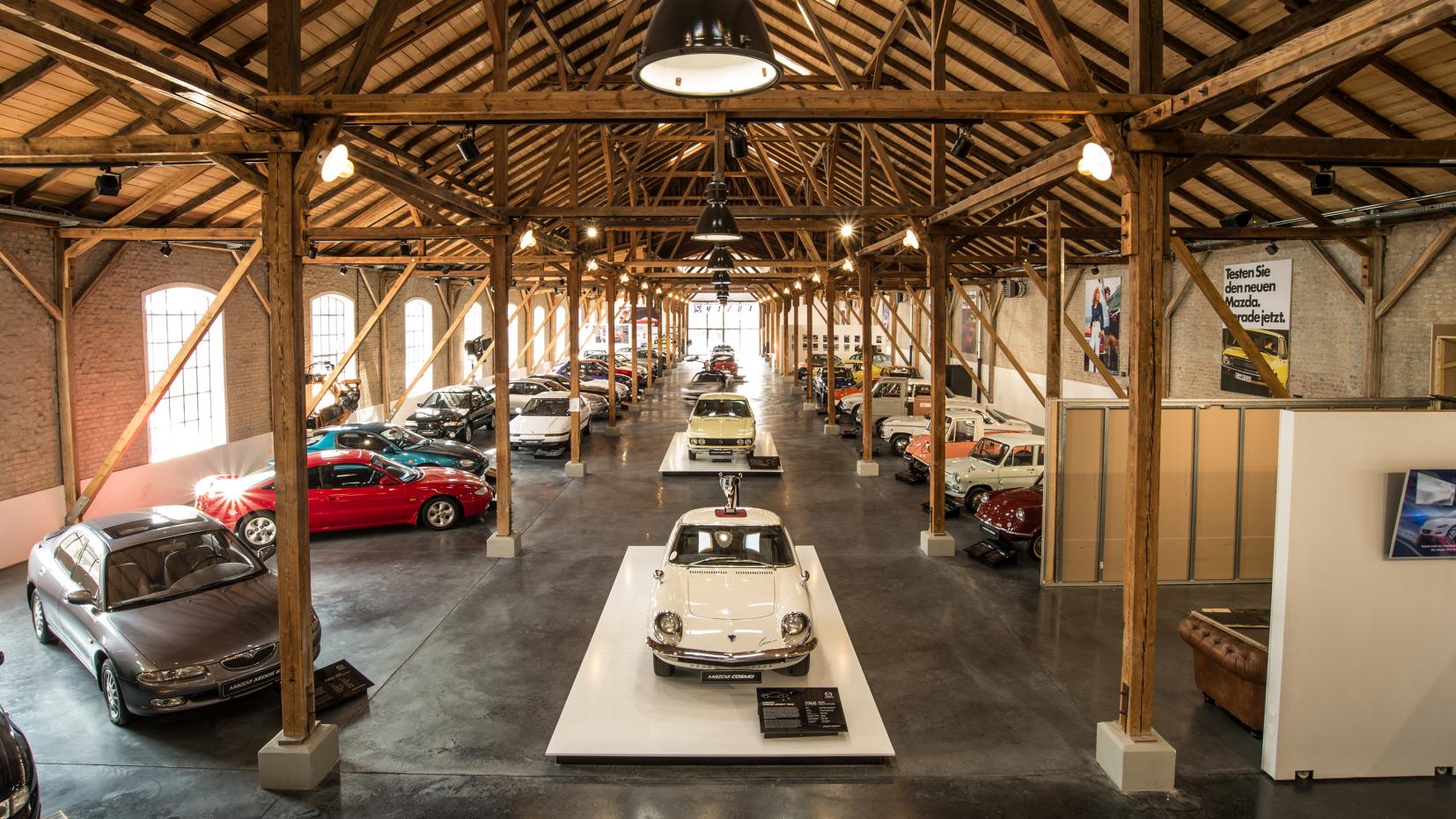 Gallery: Some of the most obscure cars from the Mazda Classic Automobile Museum in Germany
View other articles about:
Read the Story →
This article originally appeared on Topgear.com. Minor edits have been made by the TopGear.com.ph editors.
Share:
Retake this Poll
Quiz Results
Share:
Take this Quiz Again
TGP Rating:
/20