In case you missed it, here are the Nurburgring records from 2017

The hits and controversies
by Ollie Kew | Dec 31, 2017
CAR MODELS IN THIS ARTICLE

Only 5 P1 LMs have been made by race team Lanzante. They carry even more aero than the standard P1 and the P1 GTR, swell the bi-turbo V8 engine from 3.8 to 4.0 liters to push power output north of 1000hp, and yet the LM is the lightest P1 yet. And it’s road legal, as Lanzante proudly proved by driving its LM home, from the ‘Ring to the UK, following this blistering effort with Kenny Brack in the hot seat.

How’s this for an upstart effort? Chinese start-up NextEV set a new battery-powered Ring record with a 7min 5sec time, then beat their own benchmark in May 2017 with an alarmingly fast 6min 45.9sec.

Contentious one, this. There’s no doubt the Jaguar Project 8 is a searingly quick car. How could it not be, since it’s effectively an uprated, 592hp F-Type SVR’s AWD powertrain stuffed into a lightened, stiffened XE body? One day, this recipe may well spawn an XE SVR to lock horns with the M3 and C63. For now though, it’s a prototype for a limited run of £150k (P10 million) Project 8 collector cars. Jaguar calls this 7min 21.2sec lap a record for a ‘production intent’ four-door sedan. And the lines around what constitutes a record become ever-more blurred. It does sound quite naughty, mind you…

Sensing the Giulia QV was to be usurped from the four-door sedan 'Ring record, Alfa Romeo decided to have a crack with the Stelvio, which recycled the same talented mechanicals in a bluffer crossover suit. The result was a 7min 51.7sec lap time, nicking the Porsche Cayenne’s record as SUV king of the ‘Ring. And ‘most tire squeal of any on-board video ever’, we suspect.

Another year, another chunk lopped off the front-drive 'Ring record, and lo, there was much wailing and gnashing of teeth in Renaultsport and Ford Performance forums over Honda’s evil-looking Civic Type R clocking a seven-forty-three. Quite frankly, given the amount of development Honda’s done at the 'Ring, and the brutal aero worn by the latest Civic to harness as much downforce as possible, it’d have been an embarrassment if it hadn’t smashed the shopping car record after all.

But the big bad ball of Nürburgring controversy really got rolling back in March 2017, when Lamborghini announced the slightly lighter, slightly more powerful, wingier Huracán, a car which did not have ‘track attack’ written all over it, utterly annihilated the street car lap record at the ring. Its 6min 52.01sec effort was so quick, the internet cried foul, the telemetry was analyzed and Top Gear even got the inside line from RaceLogic, makers of the data tracker that was on board Marco Mapelli’s spectacular lap. You can read that debrief here, and rewatch the infamous lap above.

Now then. Who’s going to be king of the ‘Ring this time next year? 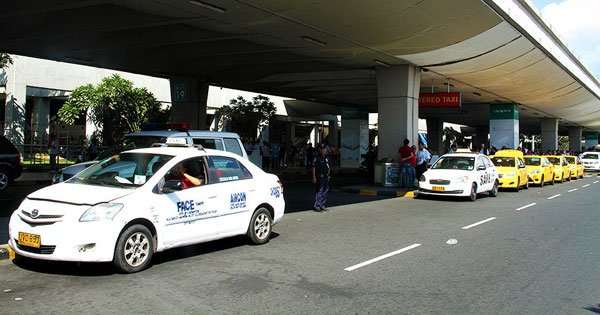 Why having a 'pang-taxi' car isn't such a bad thing
View other articles about:
Read the Story →
This article originally appeared on Topgear.com. Minor edits have been made by the TopGear.com.ph editors.
Share:
Retake this Poll
Quiz Results
Share:
Take this Quiz Again
TGP Rating:
/20