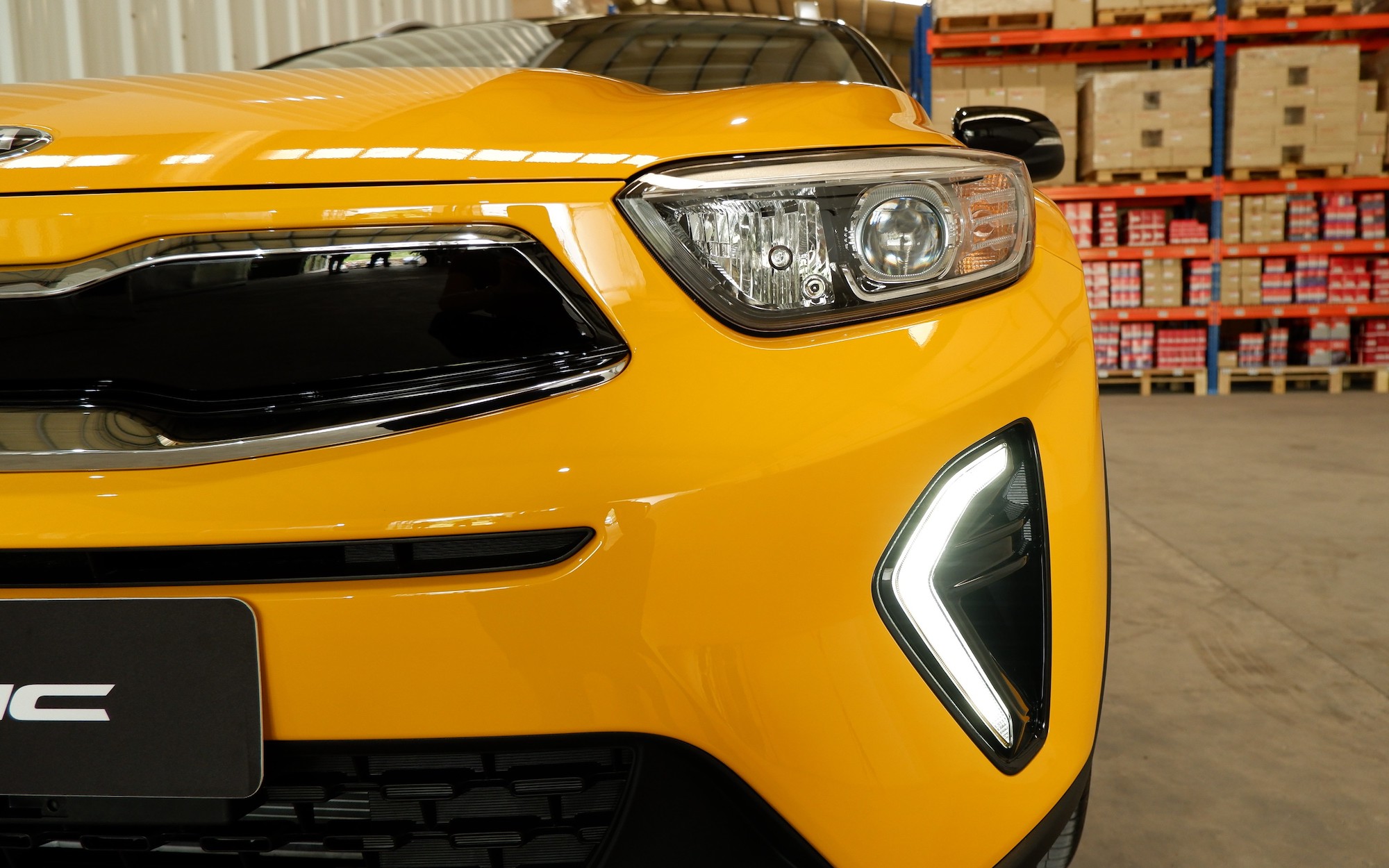 “The Stonic commands a certain presence that borders on audacious”

You know you’re getting older as an automotive journalist when manufacturers start building cars for people younger than you. I was born in 1990, and it wasn’t so long ago that I fell into the target age group for entry-level models like mini hatchbacks and small crossovers.

These days, though, marketing gurus and product planners are under the impression that my cohorts and I have matured emotionally and financially past these models and onto more expensive offerings. With all due respect to those fine professionals, my bank account and sticker-laden laptop case would like to have a word. But in any case, I find myself feeling like a museum piece as I spend an afternoon staring at the all-new Kia Stonic.

Well, the sentiment goes both ways. Safety protocols have rendered this into a non-driving photo shoot, so the car feels more like an artifact than a test unit on this particular day. Still, even at a glance, the Stonic commands a certain presence that borders on audacious.

But first, a bit of background. The Stonic first emerged as a series of renders in 2017, and looking back, the drawings resembled something out of the original Wacky Races cartoons (what’s my age again?), no doubt the result of some artistic liberty. The launch came just weeks later, and while the production car’s proportions weren’t nearly as comical as the renders led us to believe, it did retain its juvenile appeal. We also learned that Stonic is a portmanteau of ‘speedy’ and ‘tonic’, which reminds me of a line from Billy Joel’s ‘Piano Man’ (what’s my age again?).

Fast-forward to July 2020, when Kia Philippines teased an SUV scheduled for a Q4 release. We quickly surmised from the teaser image that it would be the Stonic making its arrival here, which brings us to the present day. The first thing I notice is that this car lives up to its subcompact billing. Most crossovers sit roughly around my height, but the Stonic is shorter by a fair margin—it stands 1,533mm tall, to be exact. So it’s small, all right, but offsetting this is its 2,570mm wheelbase, which is only 60mm shorter than that of the Seltos. So while the Stonic might be tight in the cabin, we expect the ride to be at least SUV-like.

The hood has a nice curvaceous shape accentuated by some light strakes. Right up front, there’s a slim version of Kia’s signature tiger-nose grille—which isn’t actually a grille, but a solid piece of black plastic. Halogen headlamps reveal the car’s budget leanings, but this top-spec EX variant does get those nifty boomerang-shaped daytime running lights. Flex.

On the sides are muscular haunches that add to the Stonic’s athletic appeal, while the black cladding underneath matches the contrast-colored pillars and roof. Speaking of the paint job, this particular Flash Yellow/Black unit would look right at home next to one of those murals in Bonifacio Global City—#feedgoals, right? Underneath, the 16-inch alloy wheels come standard across the range. The styling of the back end is a lot less busy compared to the front, giving the crossover a hatchback-like appearance.

Inside, there’s a big eight-inch infotainment display with Apple CarPlay and Android Auto available for both variants, as well as a steering wheel with numerous controls. Standard, too, are fabric seats (though this display unit shows leather). Exclusive to the EX variant are rear disc brakes, single-zone automatic climate control, push-button start, and a reversing camera plus sensors.

The PH-spec Stonic runs on a 1.4-liter dual-VVT gasoline engine. Paired with a five-speed manual, the motor puts out 94hp and 132Nm of torque, while the six-speed automatic bumps the power up to 99hp. Fairly average crossover fare, then.

From first glance alone, this is clearly a model that isn’t afraid to stand out from the pack—not in a ‘look, I’m so different’ manner like, say, the Nissan Juke, but instead, it uses sensible and proven design cues to put together a very modern and stylish package. And perhaps this kind of boldness is needed when you’re entering an already-saturated segment.

Yes, as exciting as the Stonic is on paper, it is yet another crossover in a market awash with small SUVs. But it is, as I said, audacious, and a lot of that has to do with its price: It starts at P735,000 for the base MT variant, P835,000 for the LX AT, and P925,000 for the top-of-the-line EX AT. To entice customers, Kia offered special discounts of up to P50,000 for those who reserved before the launch date.

Bold move? Er, yeah. Expecting customers to put faith in a new nameplate based on specs and photos alone is a big ask, but it appears the gamble has paid off: Kia’s officers inform us that the number of reservations reached 300 just three days before the official local launch. In the midst of a pandemic and economic uncertainty, an unknown crossover is still able to garner such interest.

What kind of impact the Stonic will make on the segment and Kia’s local sales remains to be seen. But the global office does promise that this crossover has “a friendly yet strong disposition.” To quote a popular meme, and to prove beyond a shadow of a doubt that I’m still young enough for models like these: Where’s the lie? 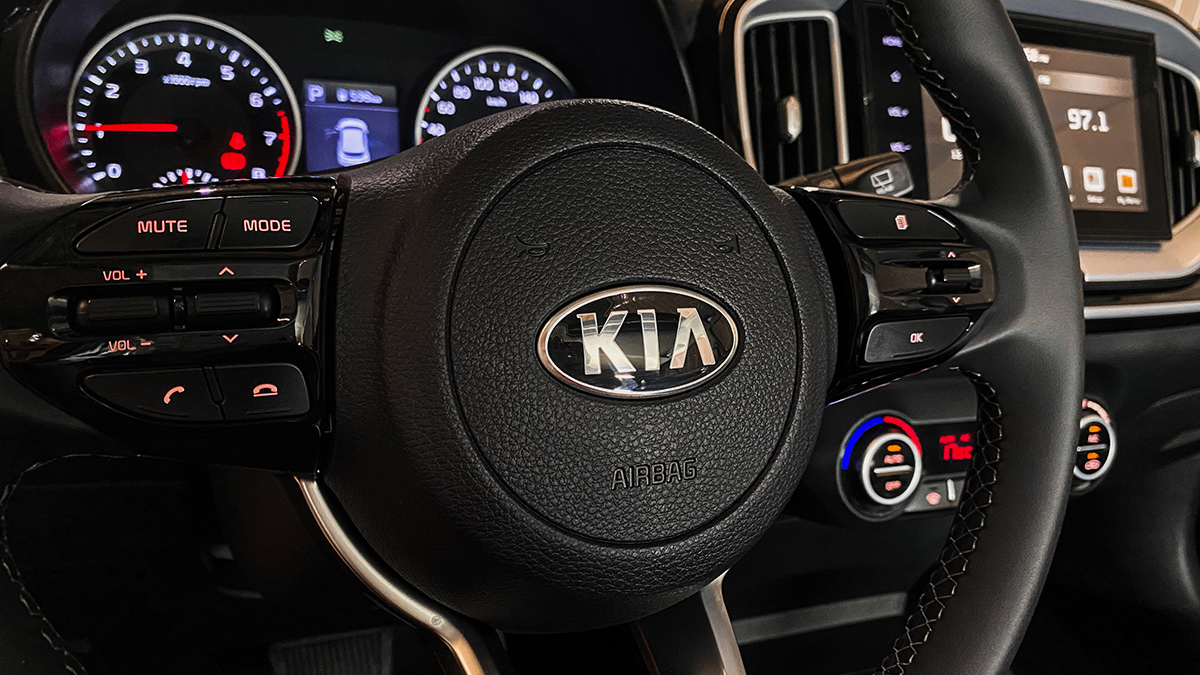 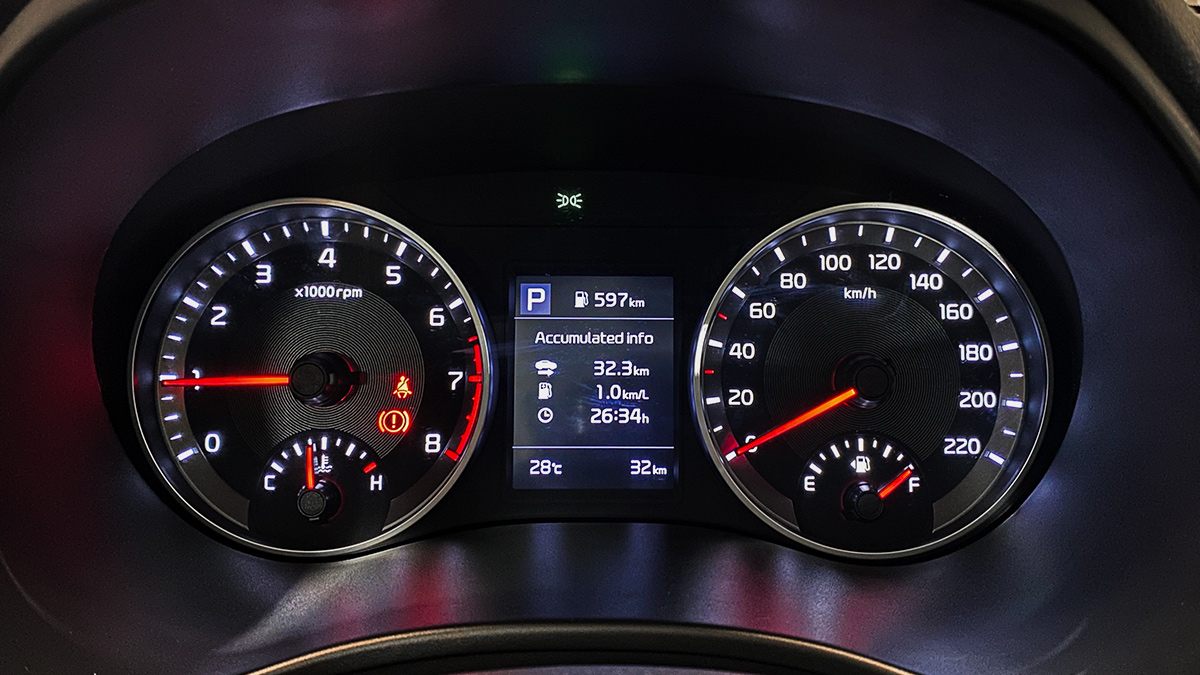 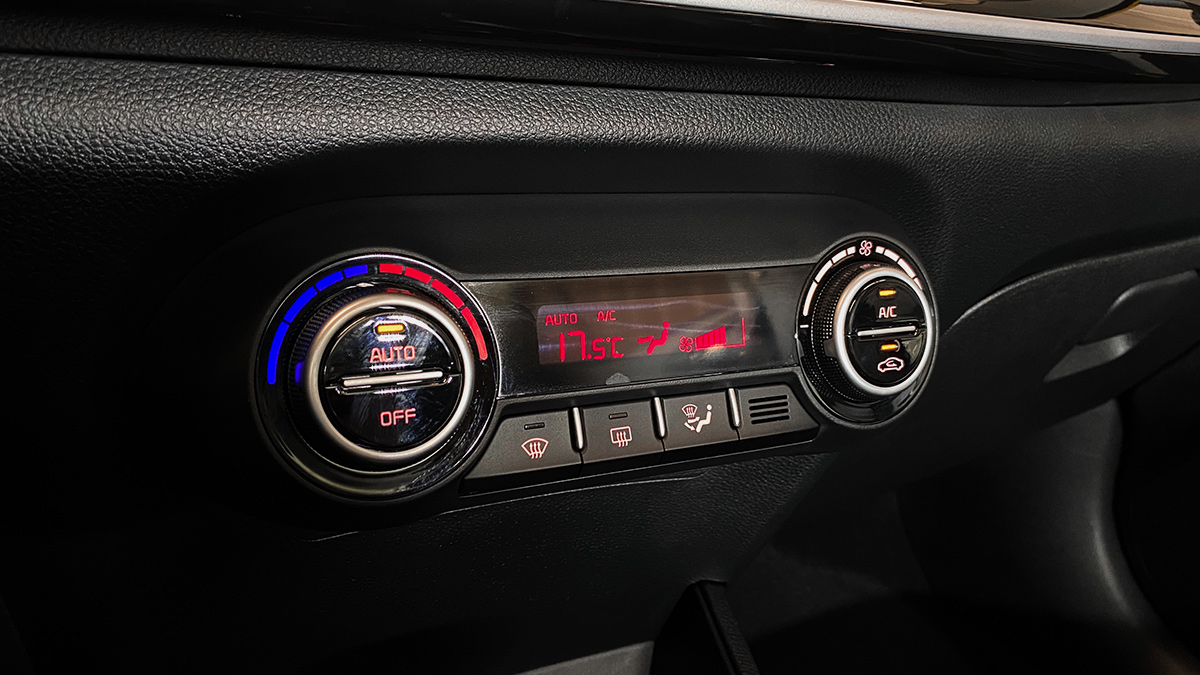 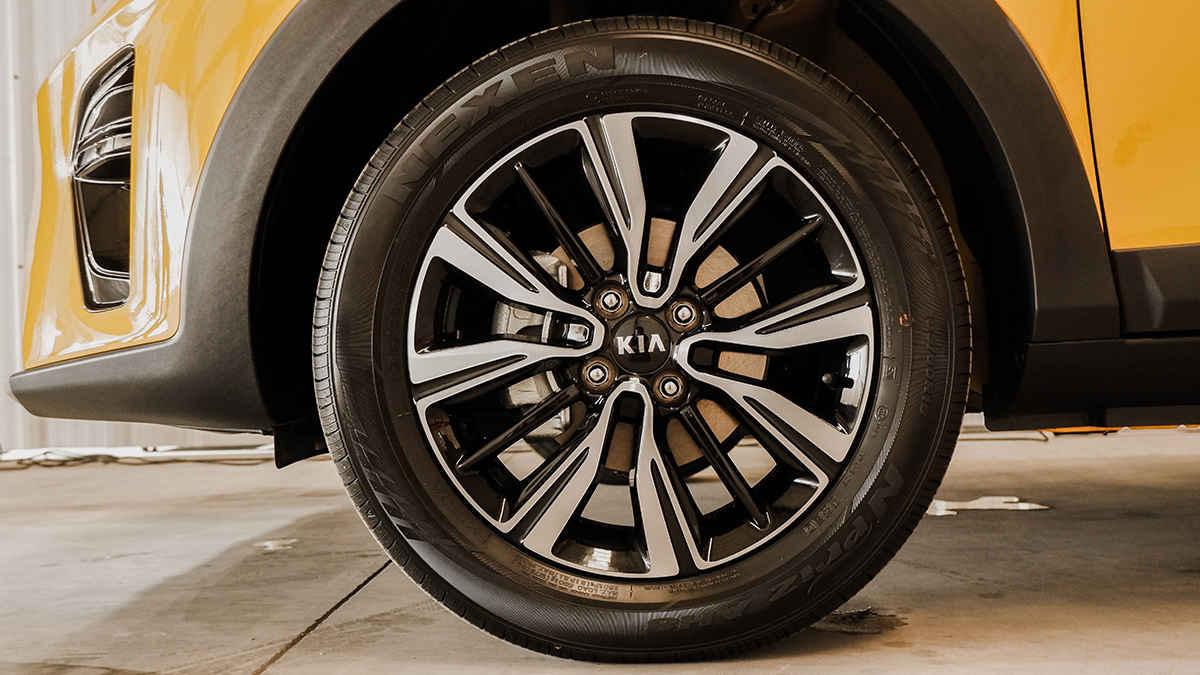 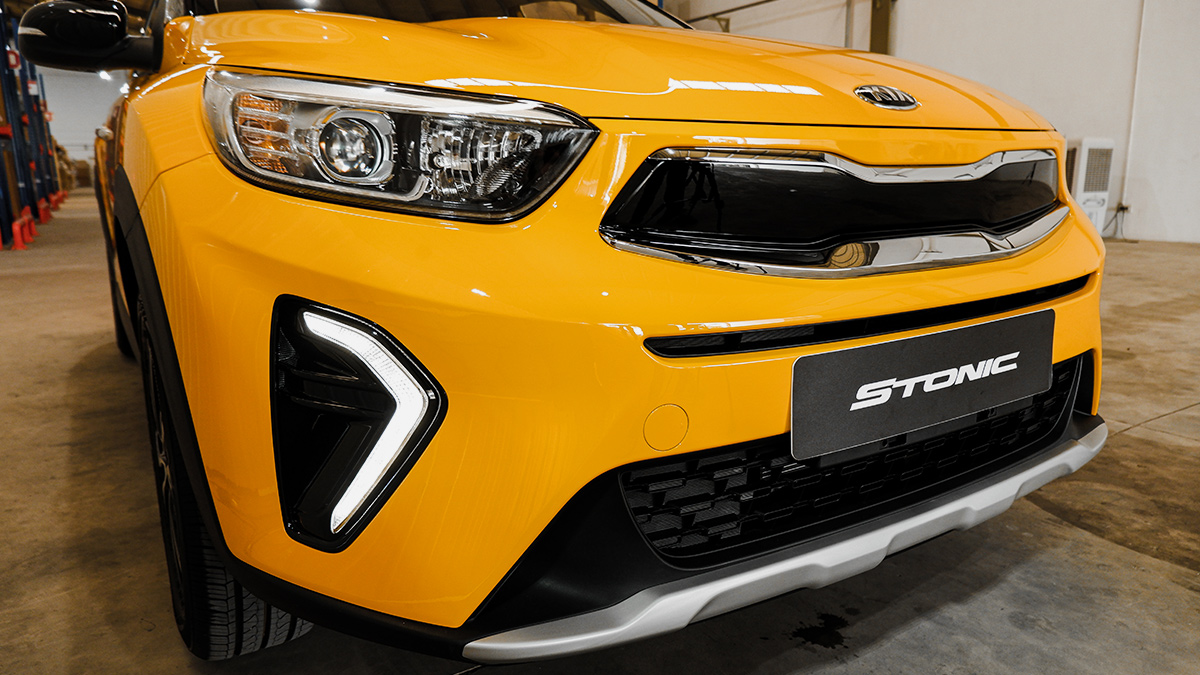 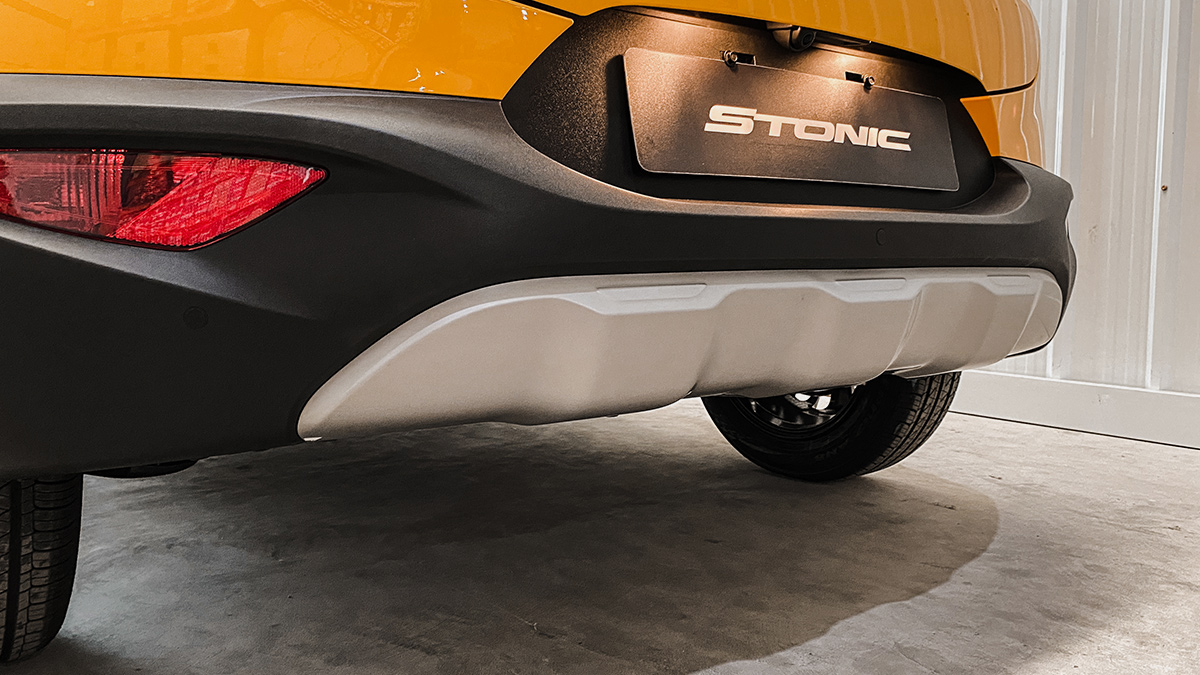 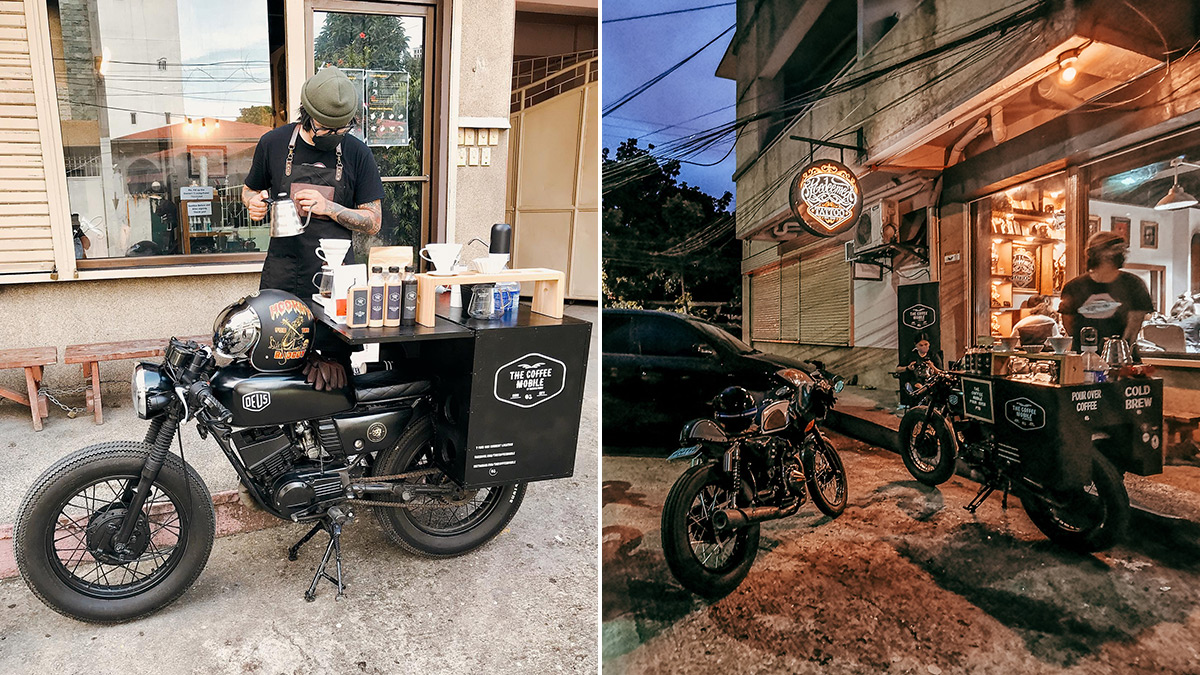