A ‘Rovernut’ gets to know the all-new Land Rover Defender

The new Defender is a lot to take in
by Robby Consunji | Dec 26, 2021
CAR BRANDS IN THIS ARTICLE

“As a longtime Defender owner, what are your impressions of the new Defender 90?” our editor in chief Dinzo Tabamo asked.

“Let me test drive the new Defender 90!” was my reply.

For over 25 years, I have driven four-wheel-drive vehicles from a variety of brands, including the Land Rover Series vehicles from the late ’50s to the previous-model Defender from its last production year, 2016. I organized a race team to compete in a modified Defender 90 and 110 in international off-road adventure competitions in Malaysia and Sanya, China, from 2004 to 2018. 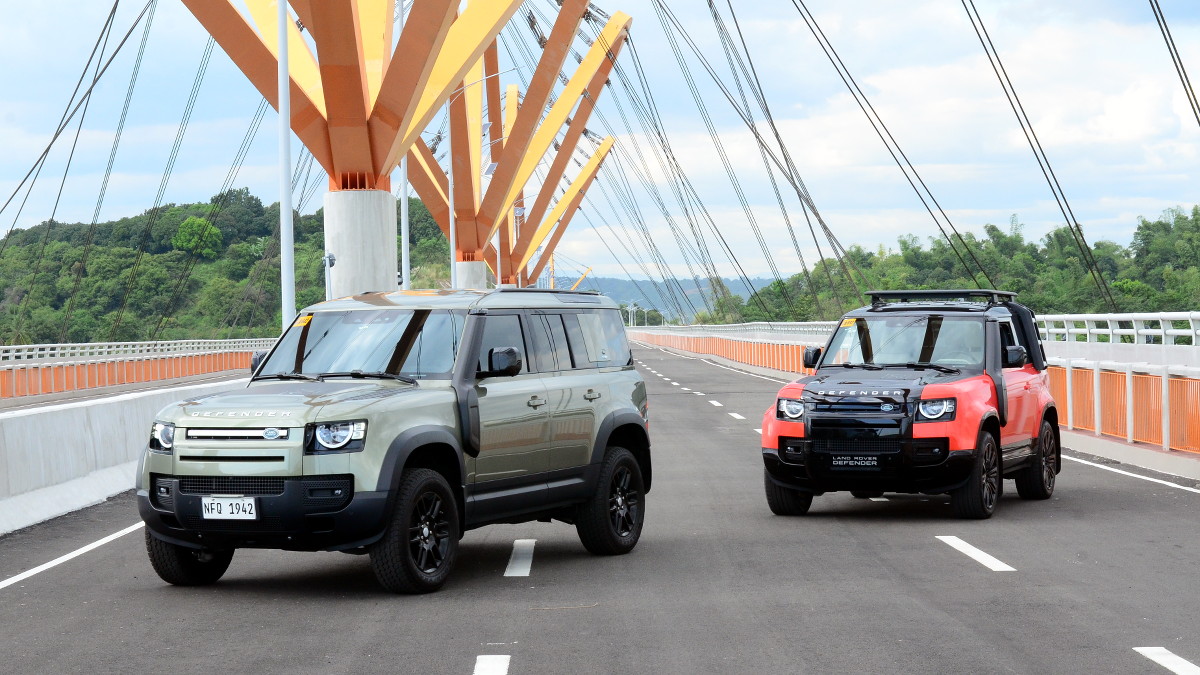 As the president of the Land Rover Club of the Philippines (LRCP), I’ve also organized expeditions to the disaster areas like Tacloban, Leyte, or for recreation to Kalimantan, Indonesia. I have listened to the woes and the tales of excitement of many Land Rover/Range Rover owners from the Philippines and neighboring countries. I have monitored reports about Solihull’s plans to launch a new Defender.

The previous-model Defender was launched in 1983, and it remained basically the same for around 37 years until the all-new Defender was sold in 2020. I was not surprised when Land Rover created an entirely new model because the market for four-wheel-drive vehicles has been shifting over the years.

At the launch of the latest model in 2019, Gerry McGovern, Land Rover’s chief design officer, stressed: “The new Defender is respectful of its past but it isn’t harnessed by it.” That is the mantra for the new Defender.” 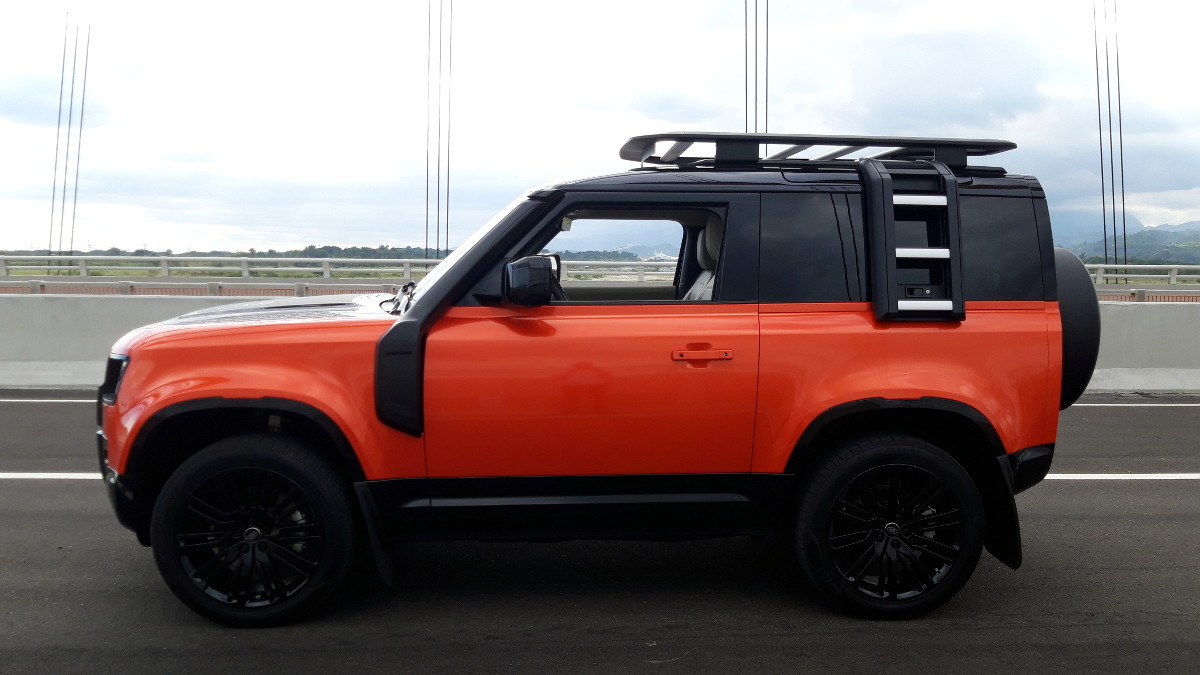 Of course, diehard owners of the previous model Defender demanded that the successor keep the iconic style and essentially be an upgrade of the outgoing generation. The loyalists did not appreciate, among others, the leap in style, the monocoque architecture, the fully-independent suspension, the technological and safety features. The purists lashed out and called it the ‘Pretender’; some even said it looks like a bread toaster.

The name ‘Defender’ connotes the tradition and heritage of hardcore off-road adventures like the Camel Trophy or a safari in Africa; it is synonymous with a tough, utilitarian workhorse with off-road capability. The Defender traces its DNA to the Land Rover Series vehicle of 1948. The first Philippine Land Rover Safari in 1962 used Land Rover Series IIa vehicles.

The gigantic increase in tech improvements can be blamed on the fact that the Defender was hardly changed over many years. It is time for the Land Rover diehards and new owners to experience the innovation and engineering that goes into every new Defender.

After a quick test drive in July 2020, I was already much impressed with the acceleration of the latest Defender 110, the five-door, longer-wheelbase version fitted with the 3.0-liter P400 six-cylinder turbopetrol mild-hybrid producing 395hp. The unit I tested came with an eight-speed automatic transmission and electronic air suspension. 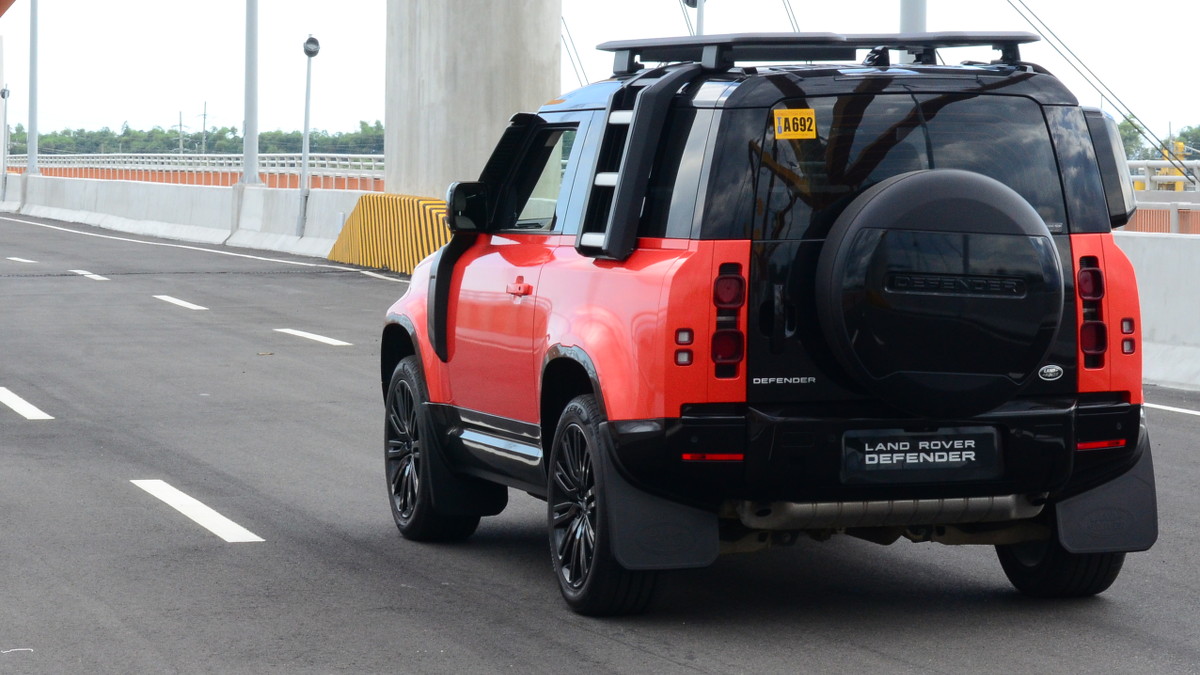 At its launch in July 2021, I wanted to experience the acceleration and ride of the three-door Defender 90, which came with the 237hp 2.0-liter D240 four-cylinder turbodiesel, an eight-speed automatic transmission, and coil springs.

This Defender 90 passed the acceleration and ride test with flying colors. It lives up to the Defender’s undisputed reputation for its ability to conquer the most arduous terrains. The diesel engine performs adequately; it will accelerate without skipping a beat. It does not have the noise and vibration associated with older diesel engines.

The vehicle did not have any symptom of pitching and bucking due to its coil springs. The compression and extension cycles of the suspension kept the ride firm without the jolt or harshness toward the end of suspension travel that is common in SUV and pickup truck suspensions. 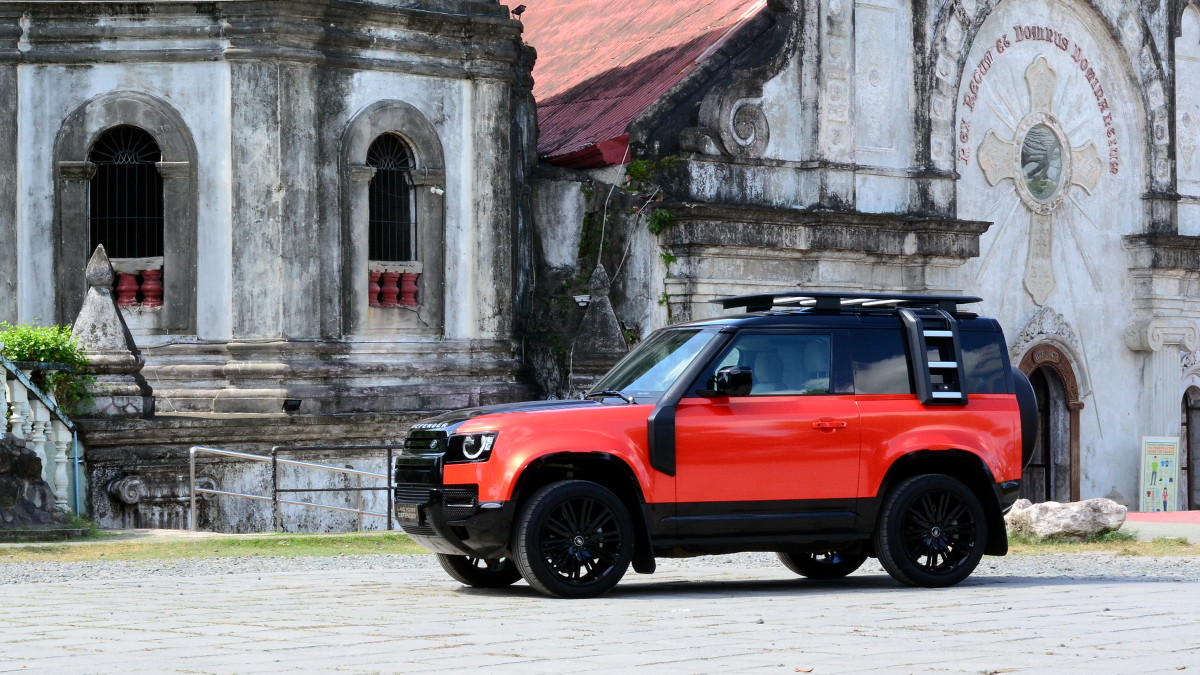 The key selling point of the new Defender 90 is its all-wheel-drive system combined with electronic traction control and the low gear in the transfer case. Terrain Response 2 gives you the option to activate an automatic mode that analyzes the driving conditions and then choose the most suitable terrain program. An electronic active differential ensures that power is transmitted to the wheels with the most available grip. Hill-descent control, hill-launch assist, and gradient release control assist you in braking and accelerating on a steep incline. Driving the vehicle through off-road terrain is like snapping photos with a point-and-shoot camera.

The New Defender has an exceptional wading depth of 900mm that is ideal for deep water wading in flooded city streets or a river crossing. Combined with a ‘raised air intake’ (Rover-speak for ‘snorkel’) and driven in low gear, it will confidently traverse the floodwaters of Manila. The Wade Program in Terrain Response raises the vehicle using electronic air suspension (in a D110), while Wade Sensing uses ultrasonic sensors in the door mirrors to visually and audibly alert the driver if the water approaches the vehicle’s maximum wading depth. 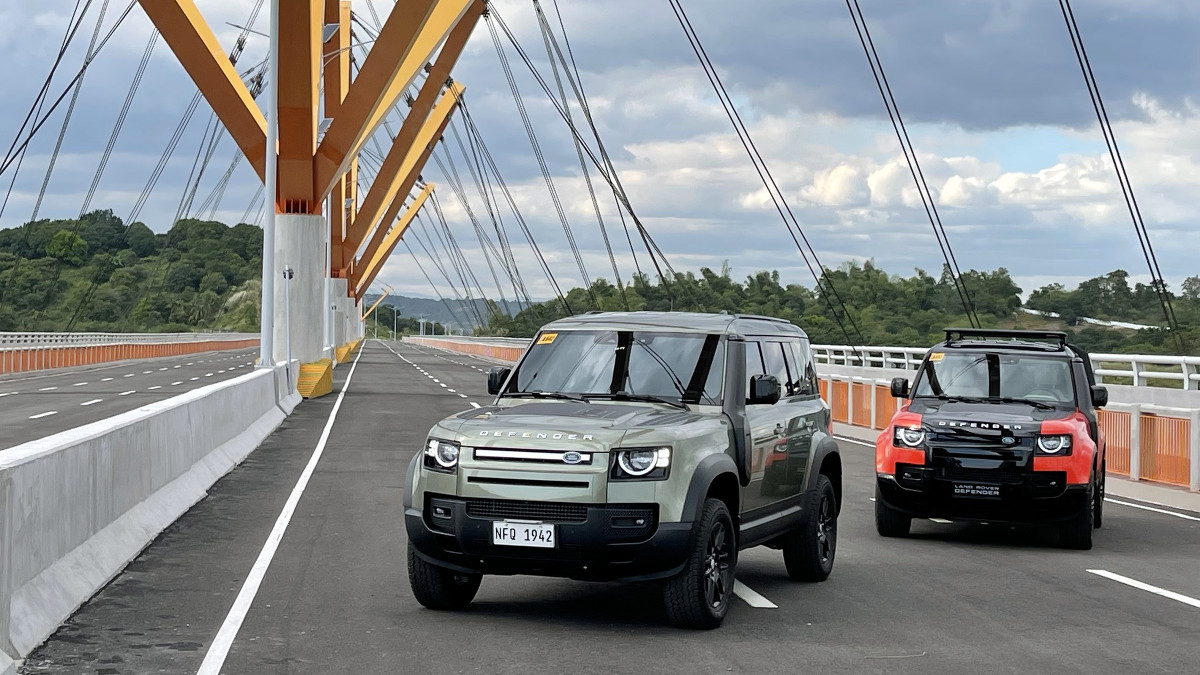 The new Defender is equipped with Clearsight Ground View as part of the 3D Surround Camera system to you to ‘see through’ the hood while maneuvering around any obstacles. The Clearsight Interior Rear View Mirror uses a live video feed so you can see through obstructions in the cargo area and through the rear window. There many other features to make driving much easier, like the Pivi Pro intuitive infotainment systems as well as Apple CarPlay and Android Auto.

The current-generation Defender is no longer the basic utilitarian workhorse. It now contains advanced technologies and driver assistance features. Still, it remains one of the most iconic and unique four-wheel-drive vehicles suitable for chasing life’s adventures or for that custom personalized overlanding vehicle. 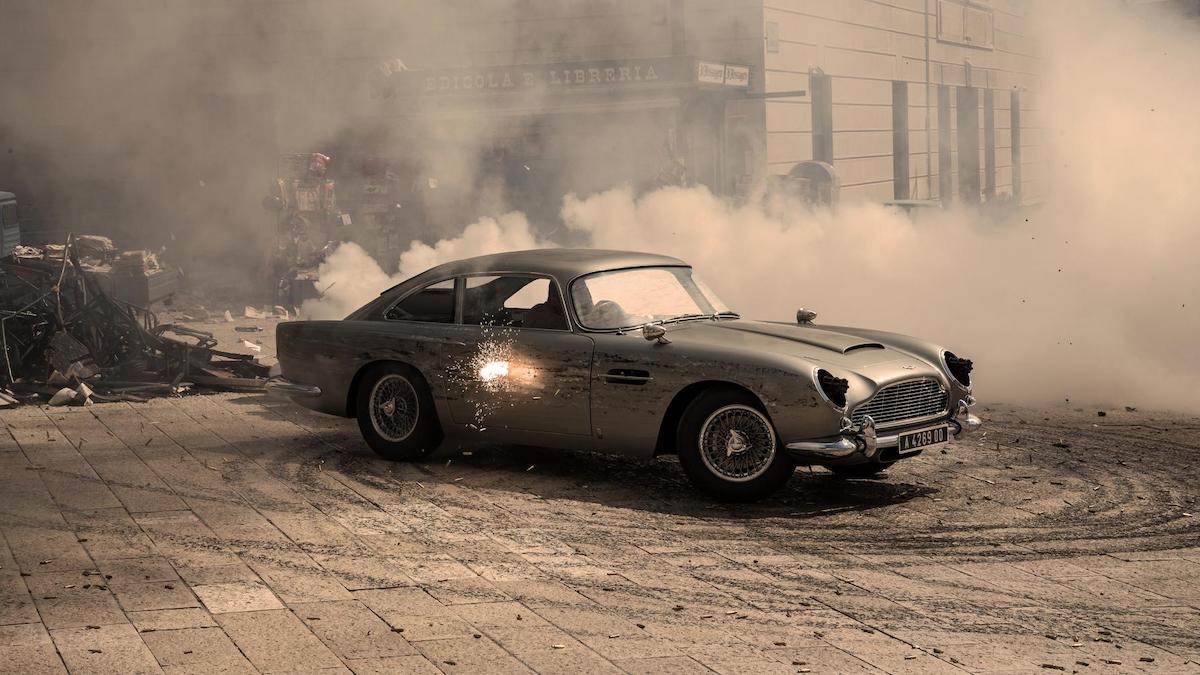 Meet the FX guy who worked on all Bond films since “The Spy Who Loved Me”
View other articles about:
Read the Story →
This article originally appeared on Topgear.com. Minor edits have been made by the TopGear.com.ph editors.
Share:
Retake this Poll
Quiz Results
Share:
Take this Quiz Again
TGP Rating:
/20