First impressions: The 2021 Nissan Terra is new in all the right ways

The Japanese brand is catching up to its midsize SUV competitors
by Jason Tulio | Sep 1, 2021

“Sooner or later, everything old is new again.”

That quote, credited to author Stephen King, talks about the cyclical nature of trends. What we think of as being in vogue and cool now was probably already popular a few generations ago. Those fade cuts that have been all the rage the last few years? Well, as I came home fresh from the barber one day, my dad pointed out that the style was popular back in the ’50s when he was in high school. His name for it? The white sidewall cut. Talk about old-school.

The same sentiment applies to automotive design, but you needn’t go back decades before something old becomes new again. Here in the Philippines, you just need to wait a few years, and voila—you have the same car, slightly repackaged. I am, of course, talking about the good old facelift. Just the term itself should give you an idea. The cosmetic procedure, according to the Mayo Clinic, is meant to “create a younger appearance in your face.” So a facelifted car could have the same engine, the same tech, the same seats—but look, Ma, new face! 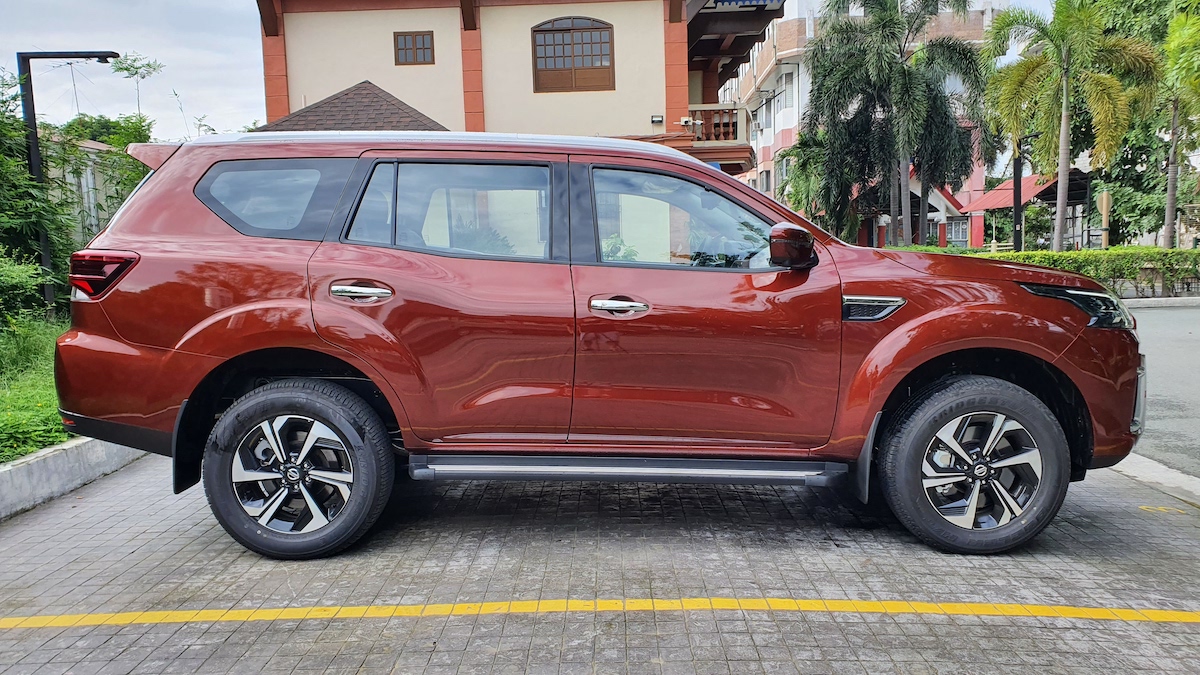 It’s with this healthy dose of skepticism that I approach the new Nissan Terra. The model’s arrival three years ago was no small feat. An all-new midsize SUV is a serious sign of a carmaker’s intent in the market, especially one from a Japanese brand looking to topple some firmly entrenched segment leaders. It was an impressive piece of kit back then, and I even chose it in a head-to-head test over the fabled Mitsubishi Montero Sport. But that was then, and with competitors having launched extensive refreshes of their own, the time is nigh for Nissan to play catch-up.

At first glance, the exterior doesn’t promise much. The old haunches and the overall shape are still there. What is markedly different is the front, which has been tweaked in the vein of the new Patrol from 2019, complete with a more pronounced V-Motion grille. The biggest change here is a hidden one: Peek behind the rear wheels and you’re greeted by a set of glossy disc brakes that replace the drums from the previous version.

Still, the real surprise lies when you open the door. The old Terra had its premium bits, but for the most part, it maintained its Navara underpinnings, particularly with its spartan dashboard. Now, though, the refreshed version has a luxurious feel that its competitors would deem a worthy challenge. From the seats to the center console to the door panels, the entire cabin is replete with black and Burgundy Red leather. 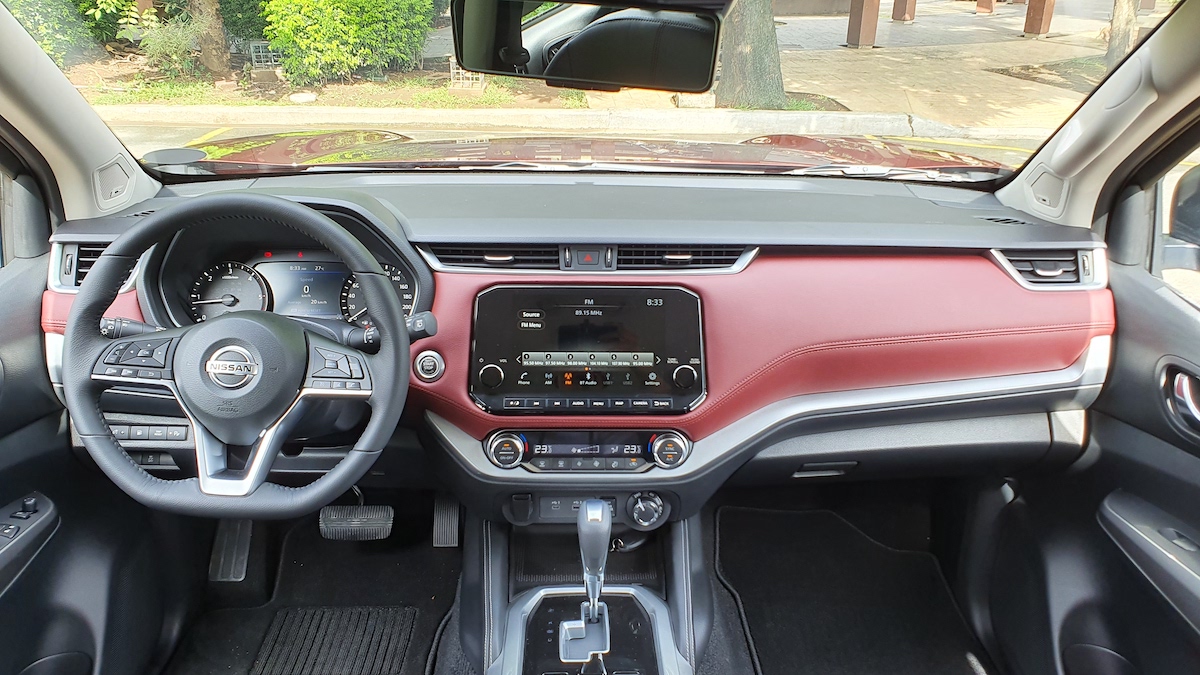 The dash layout further indicates the SUV’s departure from its Navara origins. Whereas the recently refreshed truck retained its big round steering wheel, the new Terra gets a flat-bottomed tiller, giving it what Nissan calls “a sportier feel.” More on that later. But really, the leather-lined dash alone tells us that Nissan is drifting away from the Terra’s original off-road marketing and into family-friendly territory.

It’s in between the doors that Nissan centered its aesthetic efforts, and the focus pays off. The roomy interior feels less like a road-trip prison and more like a comfy living room on wheels, complete with a dedicated screen for the rear passengers. “Are we there yet?” might not be such a pressing question here. 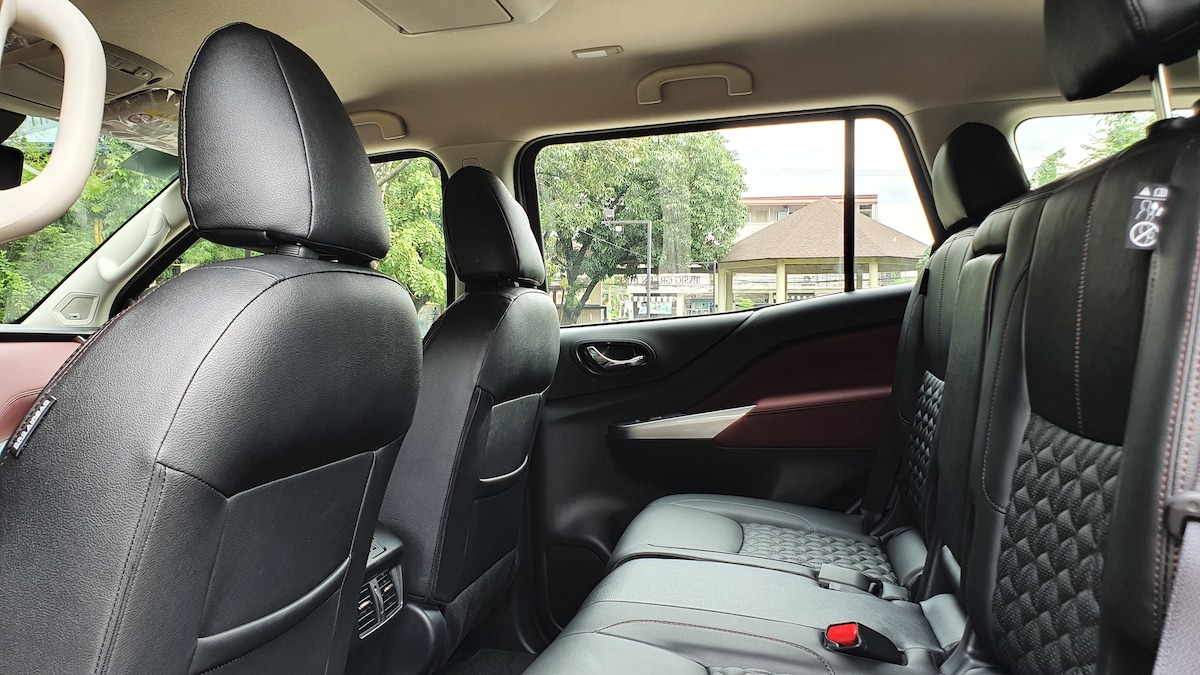 Front and center in this cabin is a nine-inch infotainment screen with Android Auto and Apple CarPlay—the latter available wirelessly. While the display is ample and the operating system easy to use, its output leaves you hanging. On paper, the audio comes out of an eight-speaker Bose setup. In reality, my experimentations playing music resulted in a garbled drone emanating from a hollow space. Bluetooth, radio, bass and treble settings—no matter what I tried, the result was the same.

Disappointing? Certainly. But while this SUV might not get a perfect score in every category, it arguably wins out over all the others in one crucial department. It turns out that the Terra’s new D-shaped wheel isn’t just for show. The product sheet reads that the steering now comes with ‘quick steering gear ratio with minimum turning radius.” Confusing product-planning speak aside, what this translates to on the road is an agile feel that encourages you to push the car to its limits. 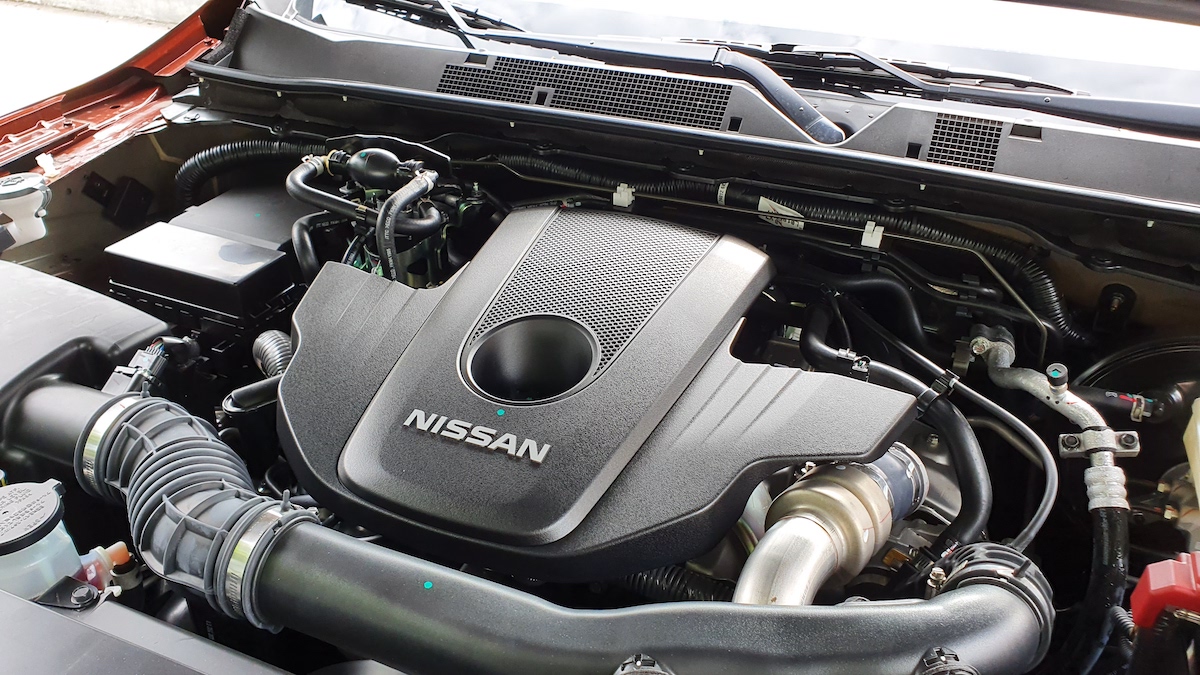 We’ve often said that the Navara is the best-handling pickup in its class. Three years ago, I noticed that same character carried over to its SUV brother. With the improvements on the new Terra, Nissan might just be two for two in the midsize categories. Push the throttle down, and the power from the 2.5-liter turbodiesel comes on in good time. The smaller tiller makes flicking the SUV about a lot easier, and the steering is laser-focused to the point that sports-car comparisons don’t feel like an exaggeration. The suspension, meanwhile, absorbs minor bumps with little worry.

With sticker prices starting at P1,649,000 and topping out at P2,339,000, the Terra ticks almost every box expected of a midsize SUV. Nevertheless, its potential to top the segment’s rankings remains a long shot. It might not give the experience (or brand recall, for that matter) that will please everyone, but its driving experience offers something unique in a segment that’s looking increasingly uniform with each passing year. I don’t mean that as a knock on other SUVs, but aside from pricing and the badge in front, can you really pinpoint the exact differences between the two segment kings?

Look up their brochures, and you’ll spot the areas where they flex the hardest: creature comforts, design, passenger experience, and safety. In a time when these qualities often make up the winning SUV formula, offering the best driving experience might seem like an outdated concept. But who says it can’t be new again?

For everything you need to know about the 2021 Nissan Terra’s variants, prices, and specs, click here. 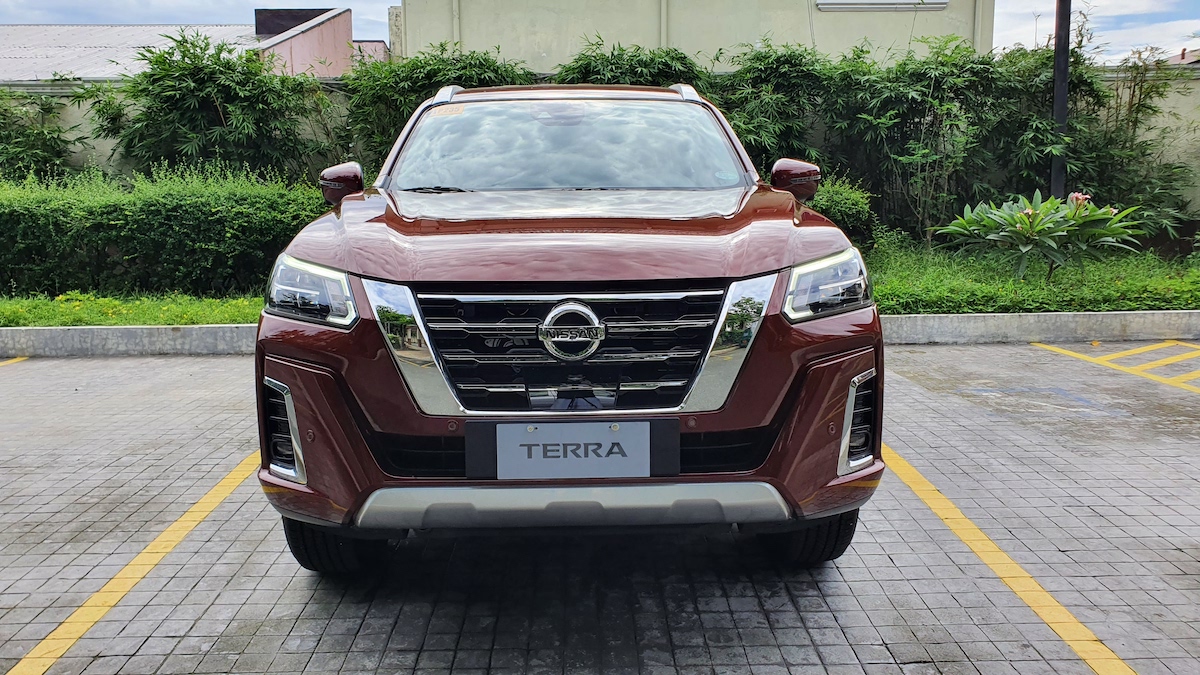 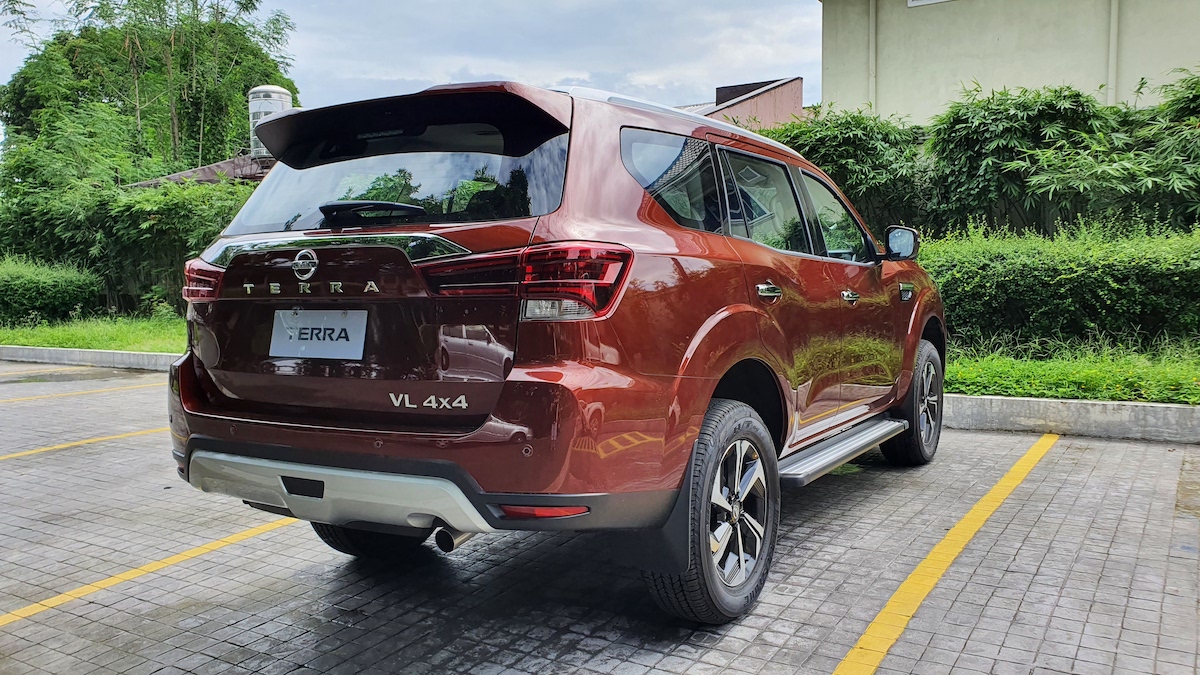 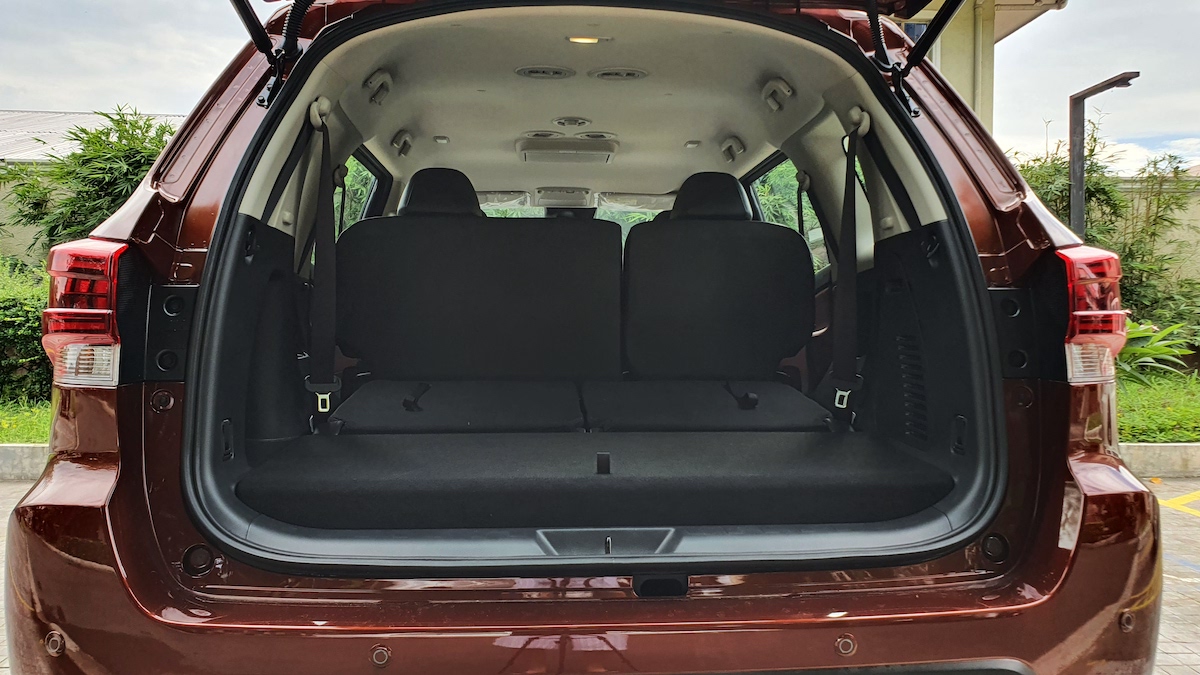 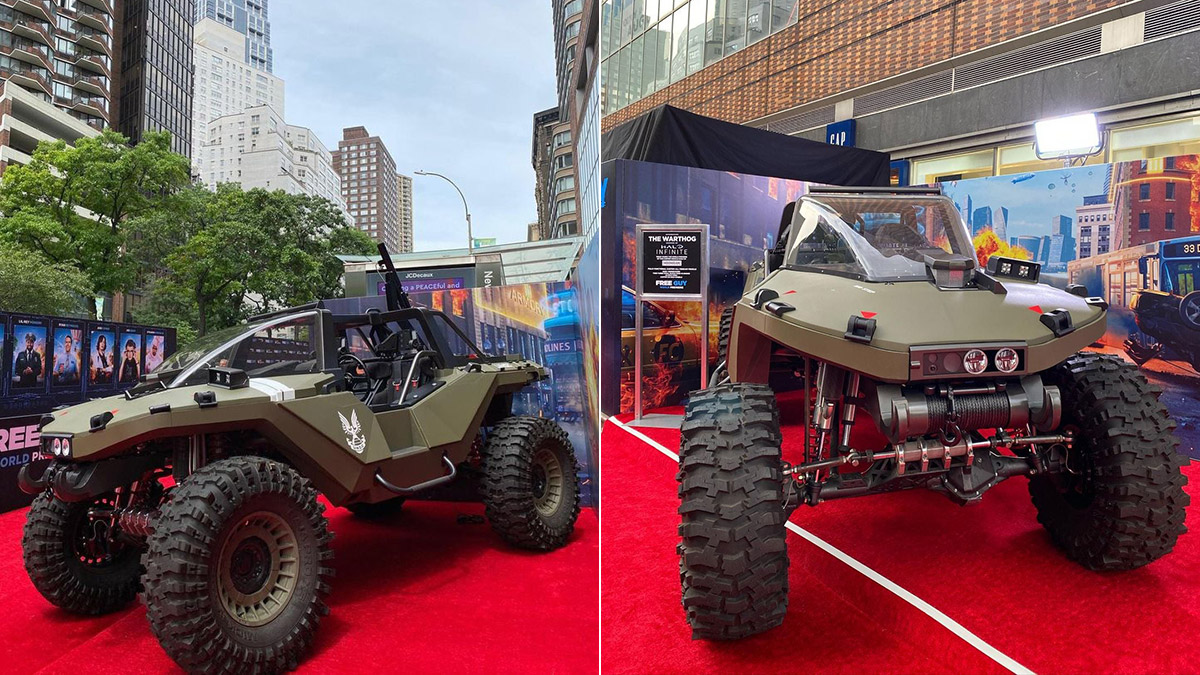 Gamers, rejoice: This 1,000hp Warthog is a build Master Chief would enjoy
View other articles about:
Read the Story →
This article originally appeared on Topgear.com. Minor edits have been made by the TopGear.com.ph editors.
Share:
Retake this Poll
Quiz Results
Share:
Take this Quiz Again
TGP Rating:
/20