5 common excuses every Metro Manila driver has for being late

You've used these at least once
Jun 22, 2017
ADVERTISEMENT FEATURE BY Caltex
What is an Advertisement Feature?
Follow Caltex on

It's a jungle out there; and heavy traffic is part of any driver's life–unfortunately. For drivers in Metro Manila, there could be a number of reasons why they sometimes arrive late to dinner parties, come in late for work, or miss a few minutes of PTA meetings. If you drive yourself around town, perhaps you may have used at least one of these excuses:

Anyone who has ever plied EDSA on a Monday morning knows the heavy traffic on that highway. The worst part is that it doesn’t get that much better on other days of the week—whether on EDSA or any of Metro Manila’s major highways.

“You know why traffic in Manila is so bad? Because the roads are horrible!” You’ve probably heard someone say these words. The irony, though, is that fixing said horrible roads creates more traffic (albeit temporarily) because vehicles have to be redirected to allow for repairs to commence. Indeed, few words strike fear into the hearts of drivers quite like “re-blocking.”

Drivers are lucky in that they can brave the traffic in the comfort of their own vehicle. Commuters, on the other hand, often have to travel in buses in order to get to and from work. But when a bus breaks down in the middle of EDSA, both drivers and commuters are in for a major headache. Given its size, a stalled bus will further constrict the already jammed lanes of the road. 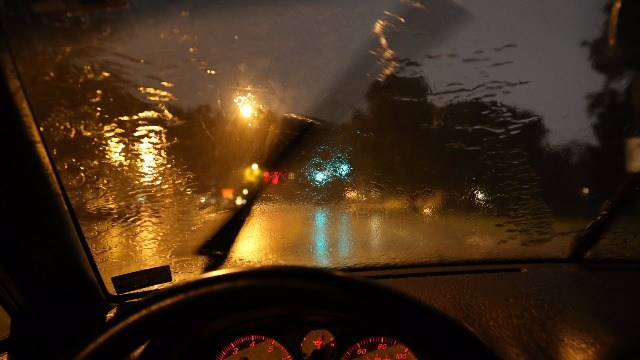 Some days the traffic gods are forgiving, and the streets of Metro Manila are actually driveable. However, when the rain starts pouring, you can be certain that there will be additional minutes or even an hour or two to your drive. Heavy rains cause flooding in some areas of Metro Manila, which can cause unbearable traffic jam.

Drivers try to minimize the amount of pit stops they do on the way to work. When your fuel tank runs low, however, you have two choices: swing by a gas station or risk stalling in the middle of EDSA. Luckily, you can make fueling up quicker with Visa payWave cards, which are now accepted at participating Caltex stations. Now, you no longer have to give your card to gas attendants, wait for the charge slip to be printed, and then sign it. Thanks to secure techonology, all you have to do is wave your Visa payWave-enabled card over the reader and you’re good to go!

Even better, Caltex is introducing Visa payWave with a promo. If you use your Visa cards between April 21 to July 31, 2017, you stand to be one of the three lucky winners who could receive P100,000 worth of fuel from Caltex or win P1million credited to your Visa card in the grand draw!

To learn more about the Caltex and Visa payWave promo, check out Caltex’s Facebook page.

This article is created by Summit Storylabs in partnership with Caltex.
Shop the items in this story!
More From Caltex
Read the Story →
Share:
Retake this Poll
Quiz Results
Share:
Take this Quiz Again
TGP Rating:
/20