An ode to an ex-partner
by Carlo Chungunco | Mar 4, 2016
CAR BRANDS IN THIS ARTICLE 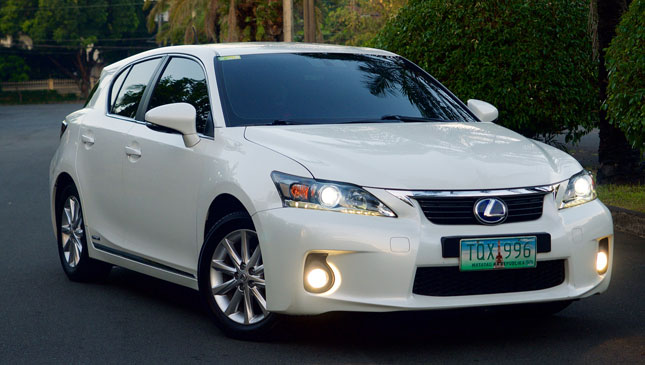 It was the name I had wanted to give to my first daughter. But being single and not having any children, it seemed apt at the time to name my car Amber. She was a scarlet-red Toyota 86, delivered a few months after its Philippine launch.

We promised the world to each other. I committed to taking care of her, and she, to providing me with the uniquely exhilarating driving experience that only a lightweight, rear-wheel-drive sports car could. Three years we spent together--years that were measured not in days, but in the many adventures we experienced together as partners. She was my only car, my daily-driver: reliable, fuel-efficient (averaging 10km/L), cheap to maintain (about P3,000 per service) and above all, fun.

Just the mere feeling of being enveloped in the warm embrace of her bucket seats, while her flat-four purred sweet nothings in my ear, was enough to make me feel all tingly inside. "Kilig" is the term that encapsulates the feeling I had for her, and whether it was tackling a mountain road or just puttering to and from the office in bumper-to-bumper traffic, she made living with her a memorable experience.

However, three years and 19,000km later, my smile turned upside down. Sheer driving joy had been replaced by a lingering doubt, and the next thing I knew, I was waving goodbye as she was driven away and I took her replacement home.

So what car did it take to have me give up on Amber? A Nissan GT-R? A Porsche 911? The new Mazda Miata? No, not even close. I traded her in for a Lexus CT200h. Yes, a sports car just got traded for a hybrid compact hatchback.

Why? Here are my five reasons/justifications/excuses. I’ll let you be the judge:

1. Comfort. The Toyota 86 kicked off the trend on lightweight rear-wheel-drive sports cars, with an extreme emphasis on the lightness. Weighing less than a compact sedan, Amber was really great on a twisty mountain road. But the impeccable grip and flat cornering afforded by the stiff suspension--while admittedly great on a weekend drive--was not-so-great tackling the challenge that was EDSA on a weekday. The bumpiness of my daily commute played a fiddle on my spine, and slowly but surely wore me down to exhaustion. Speaking of exhaustion, the roar of the boxer engine--while, again, fun when bouncing off the limiter during a Sunday drive--was just droning on a day-to-day basis.

The Lexus CT200h is definitely not as sporty as the 86, but she is much, much more quiet. Silent as a tomb, thanks in part to the hybrid powertrain, the Lexus easily lives up to its luxury badge--affording a soothing, quiet and relaxing ride, all the while allowing you to take corners at relatively high speed with minimal body roll. It’s not a sports car by any stretch of the imagination, but it does walk that fine line with being massively more comfortable, and just sporty enough to be interesting.

2. Quality. The lightweight nature of the 86, while making it awesome in the handling department, makes the car feel just a little bit cheaper than it is. Don’t get me wrong, she’s not low-quality by any means. But squeaks and rattles make their way into the cabin. When the rear seats are folded down, all sorts of metal-on-metal thuds permeate the body of the car. It’s enough to make any obsessive-compulsive person lose his mind.

Of course, it could just be that I’m overreacting because I’m comparing it to the Lexus, which is absolutely built like a tank. The doors slam shut with the authority of an armored car; the interior is composed of soft-touch materials; and everything just feels that little bit more solid and refined.

3. Power. The 86 has 197hp, which is clearly a lot more than that of the CT200h (around 134hp). But after driving the 86 for three years, I realize I used all of that power more or less six times, or barely twice a year. There just isn’t that much difference in power between the two when you factor in the erratic drivers on the road and the realities of daily-driving a sports car.

The 86 averages 10km/L, which is amazing until you realize that the CT200h averages 26km/L. Yes, I’m chalking this excuse up to practicality. I do love the power afforded by the 86, but for all other times, I’d much rather have the fuel economy.

4. Space. There is something about the 86’s cabin and its fighter-jet cockpit style that kick-starts your adrenaline as you slide into her bucket seat. The shifter and the steering wheel fall perfectly in hand, and you sit so low to the ground you actually feel the open road beckoning you to take her on. That is until you realize that every day, you will need to bend down to get into the car. Every day, you will need to feel the ceiling brushing up against the top of your head. Every day, you realize you can fit only one-and-a-half of your friends to join you in the car (that’s really my 6'2" frame’s fault, not the car’s), and that you start to feel a little bit more claustrophobic as the days go on.

The Lexus has a much airier interior. The ceiling is much higher than in the 86, making ingress and egress easier. The larger trunk also allows you to fit more than just the token weekend bag, while four doors let you have more friends than you could ever fit in the 86.

5. Transmission. The 86 has a perfect clutch, and a shifter that our consumer editor Botchi Santos has compared to a sniper rifle’s bolt-operated action. Shifting gears is just plain fun in the 86, with every gear change an occasion to feel the buttery smooth and notchy shifter slink into another gear. Driving in traffic is a different story though. Call it age, but after hours on end shifting from first to second, back to first, to second, to first, and occasionally into neutral, my left leg and my sanity screamed for an automatic gearbox.

I could go on, but I know I'd just be trying to justify leaving Amber. Maybe, and more likely, she just wasn't the right fit for me. The day she entered my life, she was the perfect companion: She was fun, energetic and always willing to put a smile on my face. When I couldn’t be with her, I’d miss her and I would long for the moment I could get behind the wheel again.

Time does serve as a sobering tool, though, and after a while, she became a little less practical, a little less comfortable. You can say that I started to see her flaws, but really, we just grew apart.

I couldn't justify having fun on weekends at the expense of using a sports car as my daily-driver. The very things that made her such a great sports car for weekend fun runs, are exactly what turned me off when I was exposed to them on a daily basis. The Lexus, which I have yet to name, is the more mature, more practical choice. I’ve always been fascinated by hybrid technology, and this is one of the best examples of the breed.

More than that, however, I have always dreamed of one day owning a CT200h. Thanks to the wonders of the secondhand market and a bunch of old friends from Lexus Manila, this is the year that my dream has become a reality.

The CT200h makes me feel special, like she cares about what I want and how I feel. Her love is not so much Amber's brash, unadulterated, passionate love, but a more subdued, caring and overall genuine love. It may just be the honeymoon period, but I’m cautiously optimistic that I have found the one. 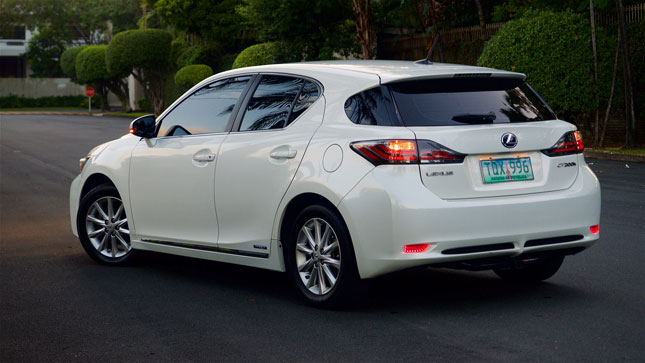 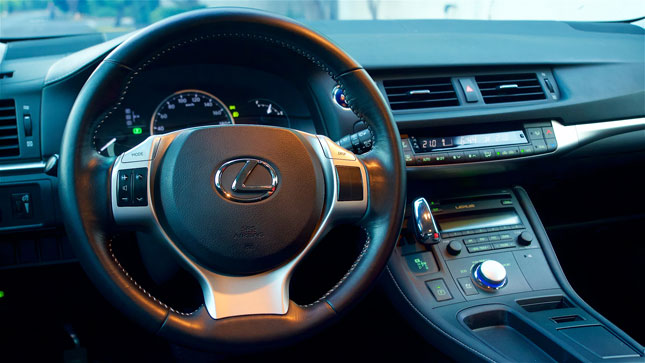 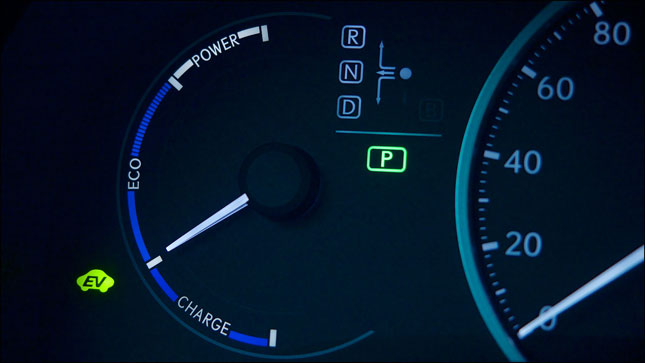 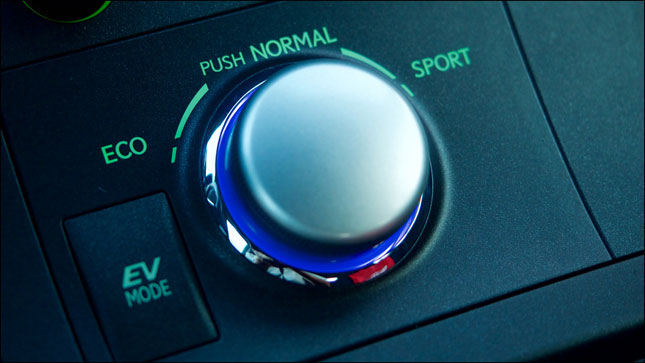 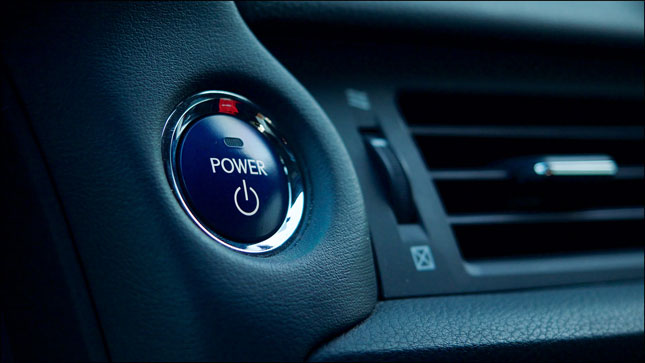 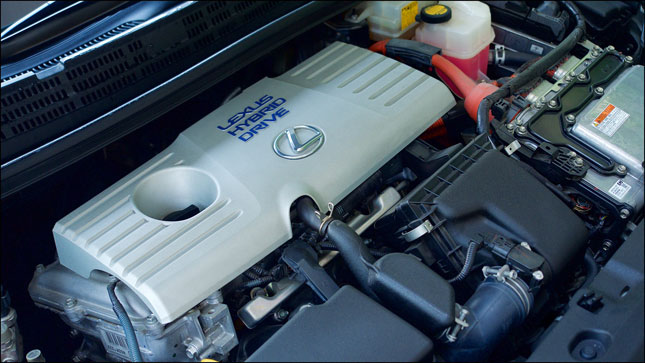 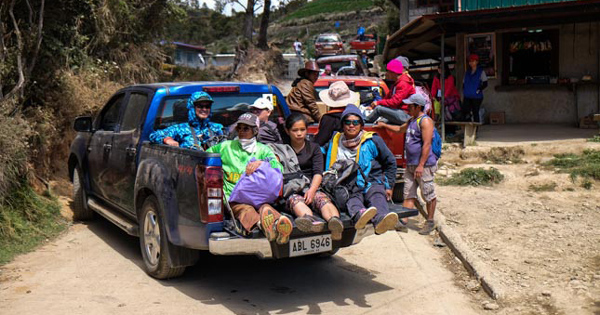 Brawny 3.0-liter Isuzu D-Max takes us to Mt. Pulag
View other articles about:
Read the Story →
This article originally appeared on Topgear.com. Minor edits have been made by the TopGear.com.ph editors.
Share:
Retake this Poll
Quiz Results
Share:
Take this Quiz Again
TGP Rating:
/20