How to do a handbrake turn

Like map reading and knowing your mom’s phone number off by heart, you can add the humble handbrake turn to the list of skills that are dying out in the modern world.

That’s because the handbrake itself is dying out: fewer manufacturers are using them in new cars now, having discovered a less conspicuous electric parking brake frees up room to stow phones, coffee cups and other paraphernalia. Yep, it’s all Steve Jobs and Starbucks’ fault.

You’ll find our step-by-step to the perfect handbrake turn below. 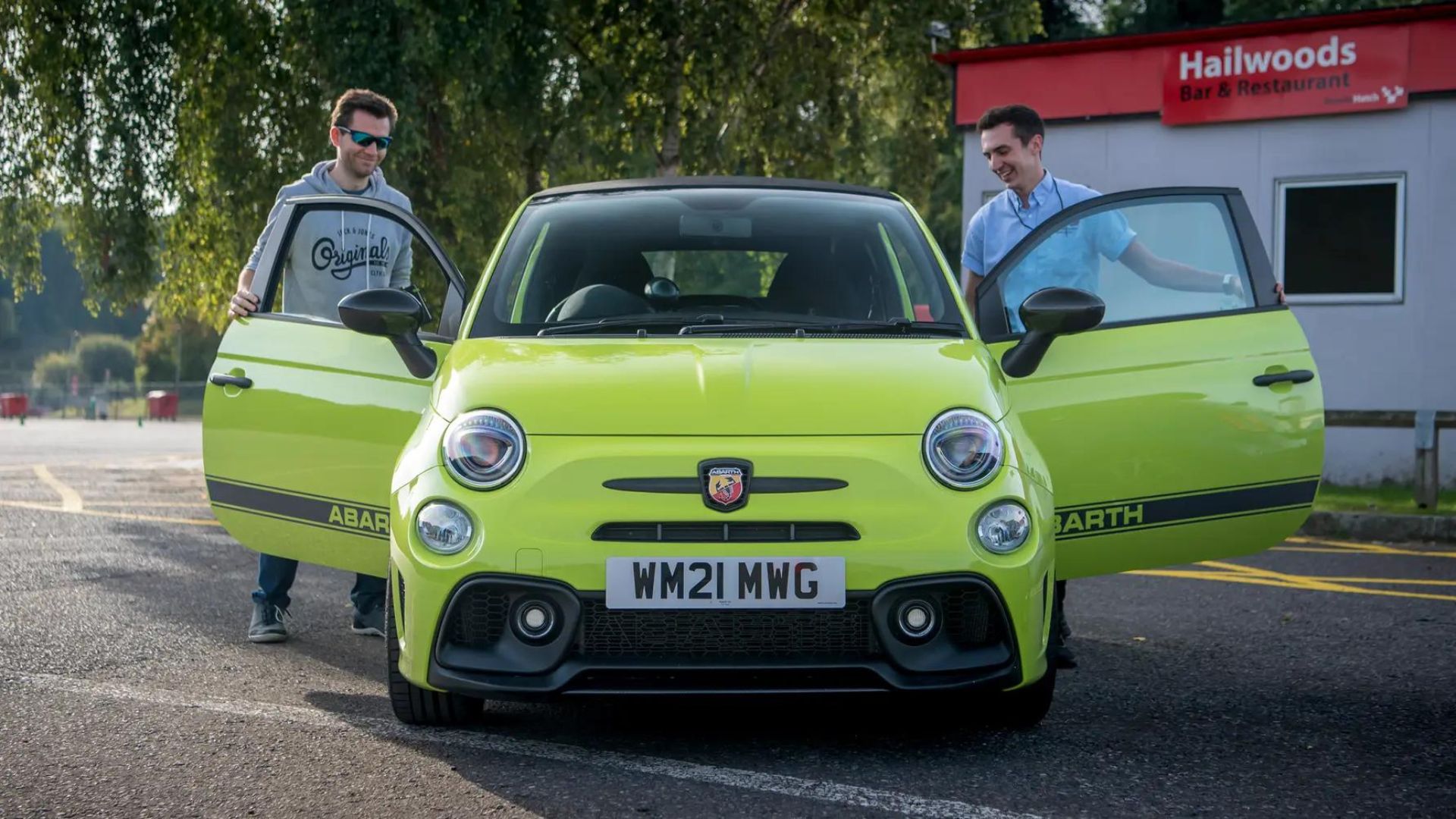 Don’t - and we can’t stress this strongly enough - ever attempt a handbrake turn in a public space, especially one containing Other People and Things. Deliberately inducing a skid is the kind of behaviour the police tend to frown upon, no matter how accurately you dissect the cart bays and cement pillars at your supermarket car park.

Also be aware that repeatedly yanking on the handbrake and sliding the rear wheels means that you’ll almost certainly need to replace those parts sooner rather than later. Moderation - or simply owning deep pockets - is key.

Step one: build up speed

If you’ve never done a handbrake turn before, you’ll be surprised how vigorous you need to be nail the manoeuvre. But that’s ok: better to start slow and build up to it than overcook it first time out.

First gear is fine, and you shouldn’t need to be going more than 40kph for an effective handbrake turn. Have your left hand on the right side of the steering wheel: we found the seven o’clock position worked best, but some go for 11 o’clock instead. Meanwhile, have your right hand on the handbrake. 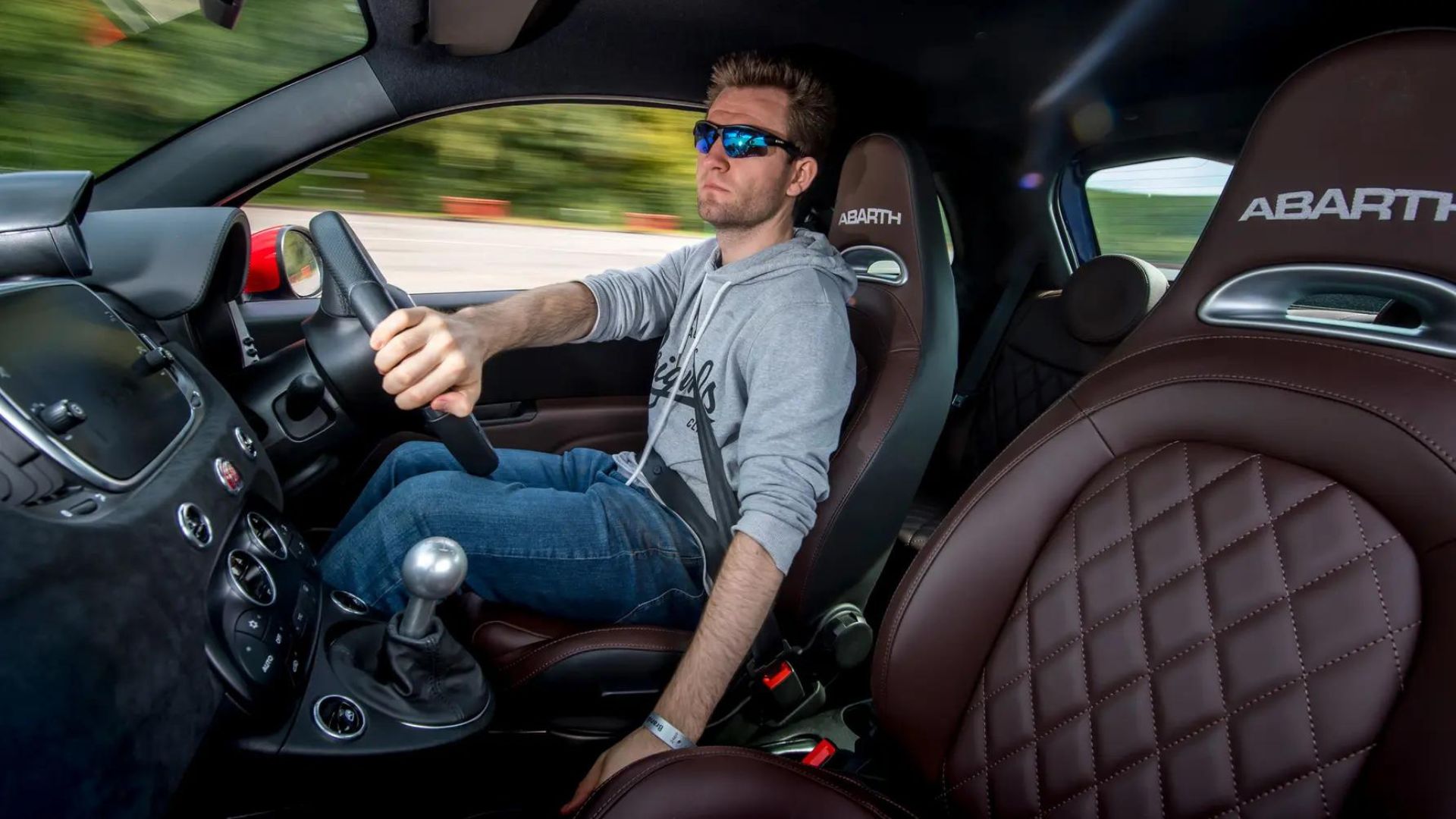 It really helps to have the weight of the car on the outside of your turn, so if you’re aiming for a stylish 180 to the right, start with a scandi flick to the left. And vice versa. That’ll mean the car’s mass will shift more decisively when you make your turn.

OTHER STORIES YOU MIGHT HAVE MISSED:
Is the all-new Honda Civic Type R still a hardcore hot hatch?
Six things you need to know about the new Mercedes-AMG C63 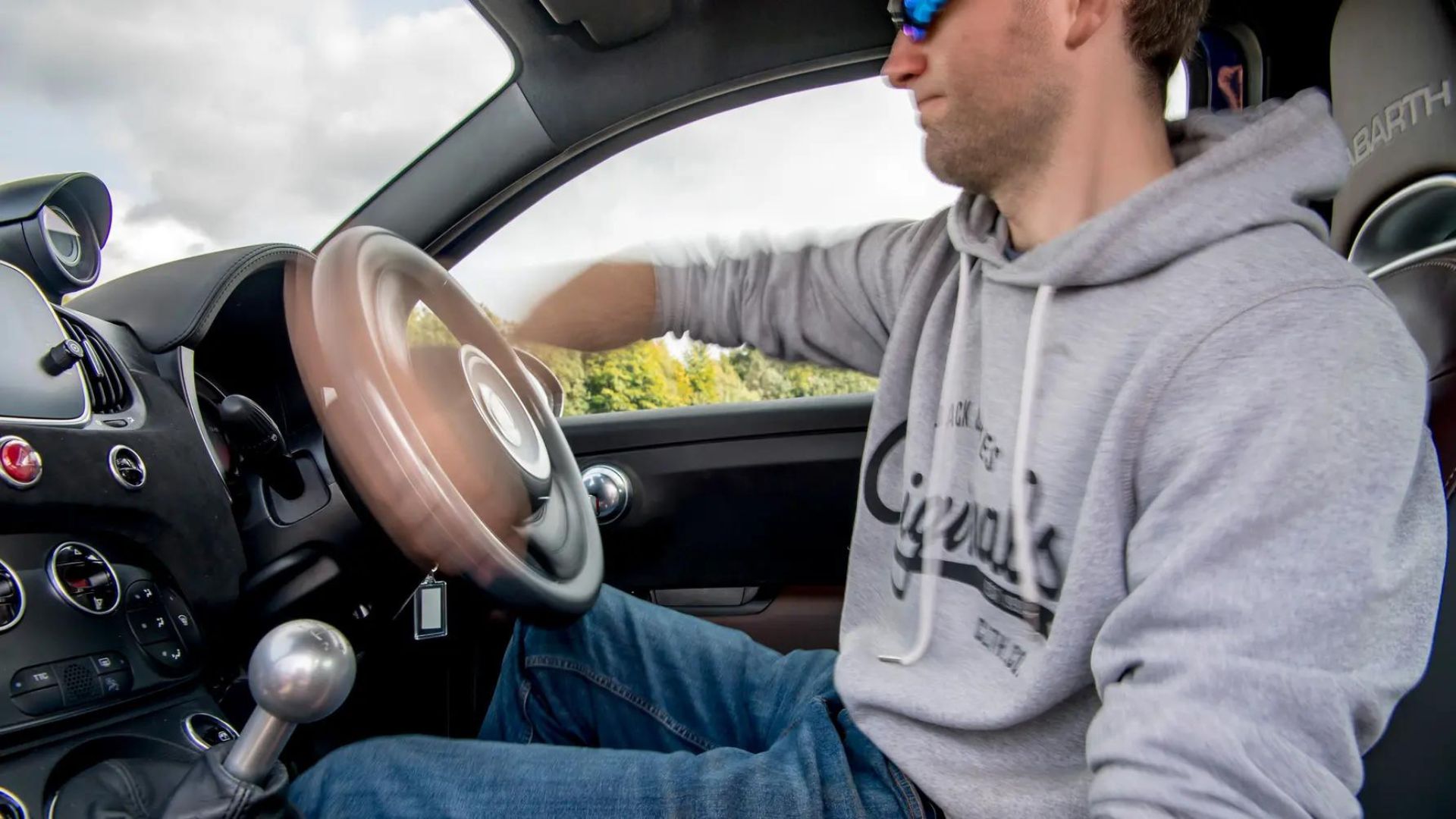 Begin whipping the steering wheel around in the direction you want to travel. The faster you can do this, the better, as it’s the rapid change in direction that’ll cause the rear wheels to lose grip. Note that you’re not aiming for full lock: do that and your car will suffer the same fate as the white 595 in the gallery above, which departed on a truck with a broken driveshaft. Oops.

If you’re a novice this’ll take a bit of practice: we found going right was easier than going left, as your right arm initially comes back across your body, rather than away from it. 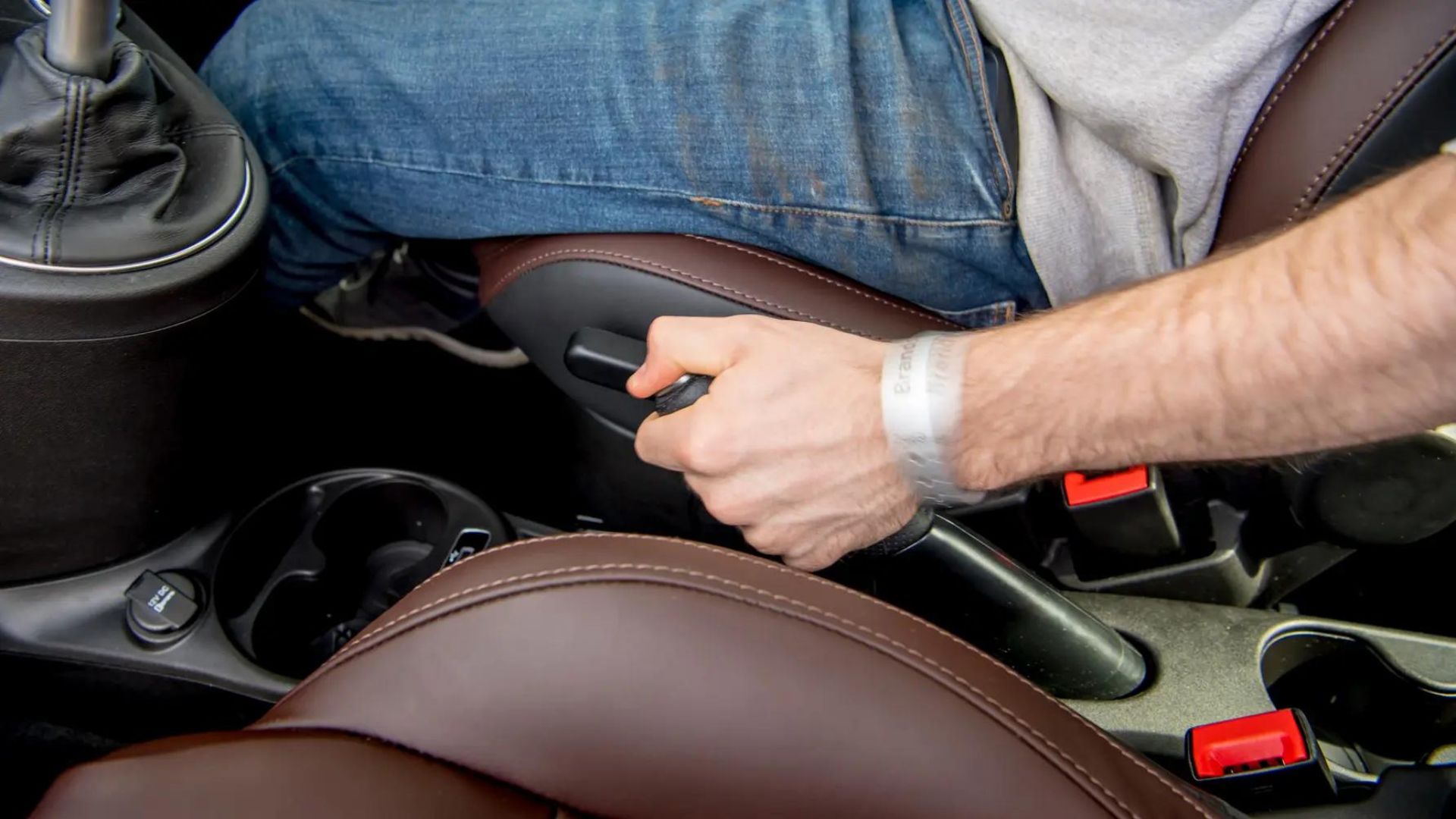 It’s time to use the handbrake. Timing is crucial here: if you imagine a semi-circle representing your 180-degree turn, you’re aiming to lock the rear wheels roughly 45 degrees into the arc. Go too early and the back end won’t get loose enough to slide; too late and your handbrake turn will be pitiful. 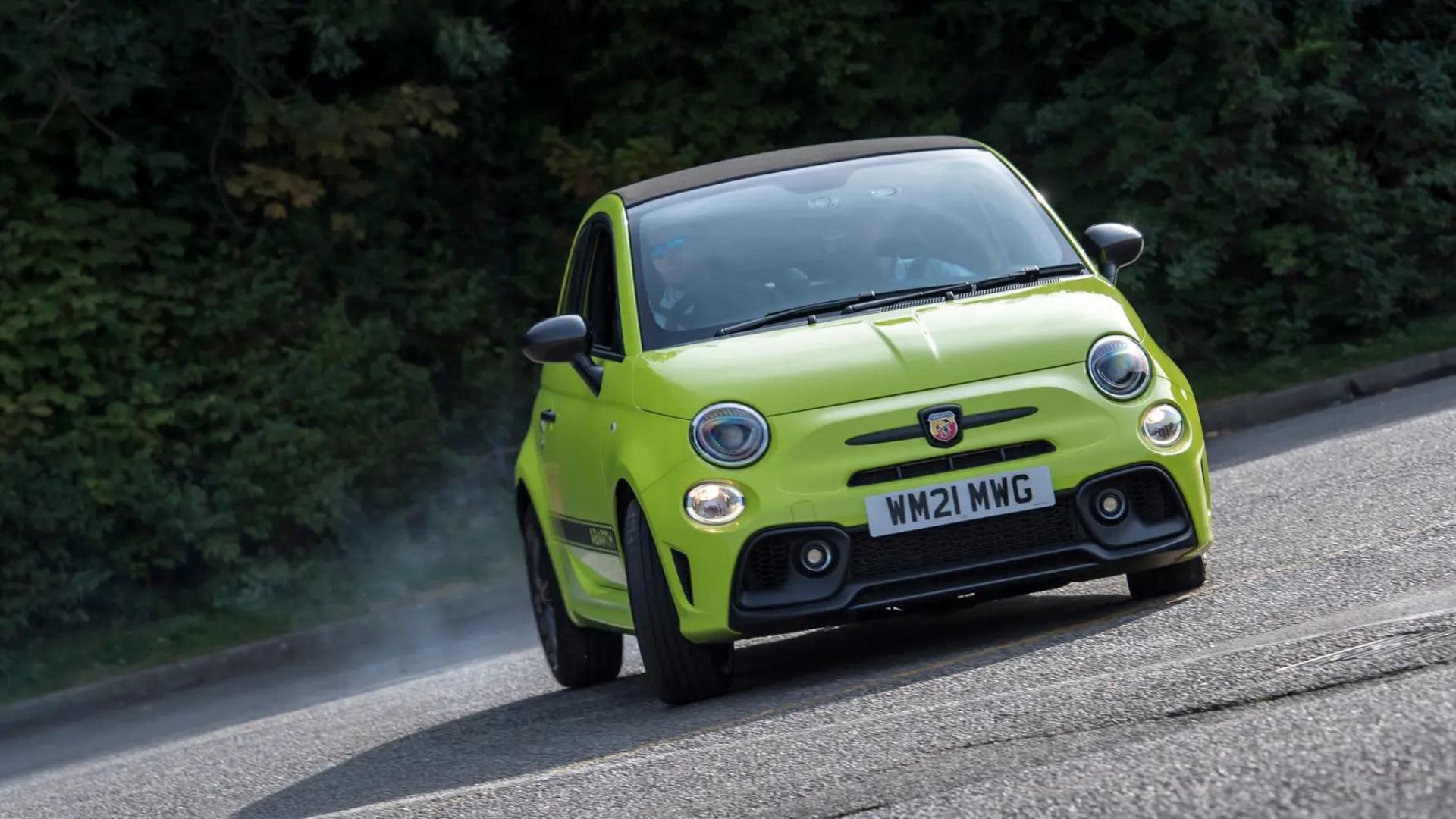 During the handbrake turn, you can use the steering wheel and throttle to control the trajectory of your slide. Add in more lock and power if you need a tighter, longer turn; let out some lock and reduce power if you feel you’re over-egging it.

You shouldn’t need to depress the clutch at any point, nor should you need to hit the brakes. Unless that wheelie bin in the distance unexpectedly becomes a nearby feature all of a sudden. 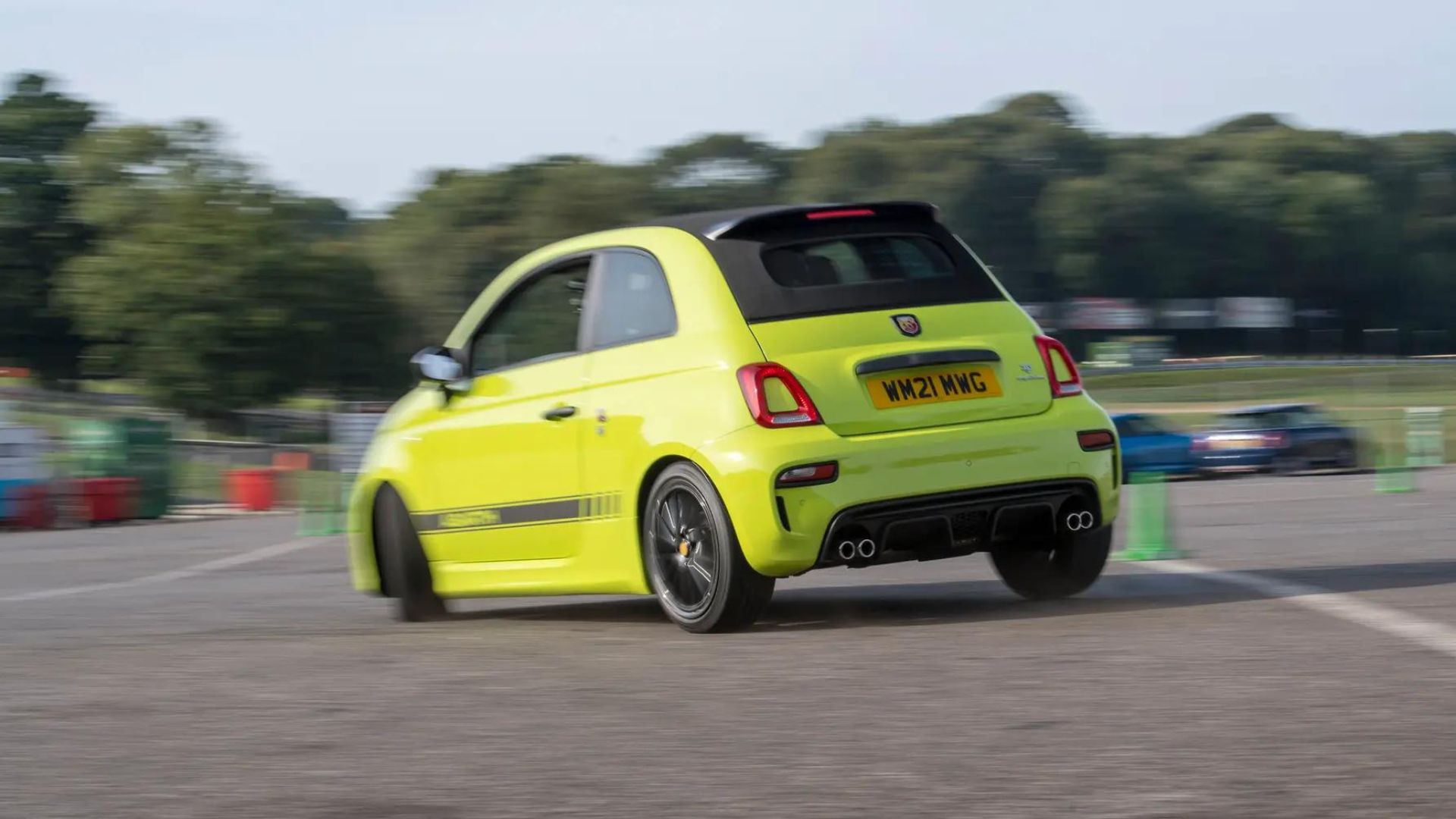 Step six: power out of the turn

Having kept the handbrake button depressed with your thumb throughout, you’re now free to release the handbrake. Gently apply more throttle as the rear wheels begin to grip up again, then power onwards towards your next attempt. Congratulations, you’ve successfully performed a handbrake turn! Colin McRae would be proud.

Have a few goes in a row so you get the coordination of each step down to a tee and build up some muscle memory. After a minute or two make sure your car gets a good rest: you don’t want to cook the clutch or push any other component to breaking point. Remember, even though cars can do this, it doesn’t mean they were designed to.

For your first few goes it’ll feel like you’ve lost sight of your arms in a blizzard of movement, but eventually your brain will get up to speed and slow everything down. Being smooth and gentle will yield the best results (and prolong your car’s lifespan).

Do enough handbrake turns and you’ll eventually wear out your handbrake cable, with repeated yanking lengthening it over time and making it less effective. Spend a day honing your skills and you’ll soon notice the drop-off in your car’s ability to wield its handbrake sharply. A new cable will be required.

Same goes for the tires: once you’ve worn them away, the rubber won’t magically grow back. Keep a careful eye on the tread depth, and head to the garage if those grooves begin to look shallow. 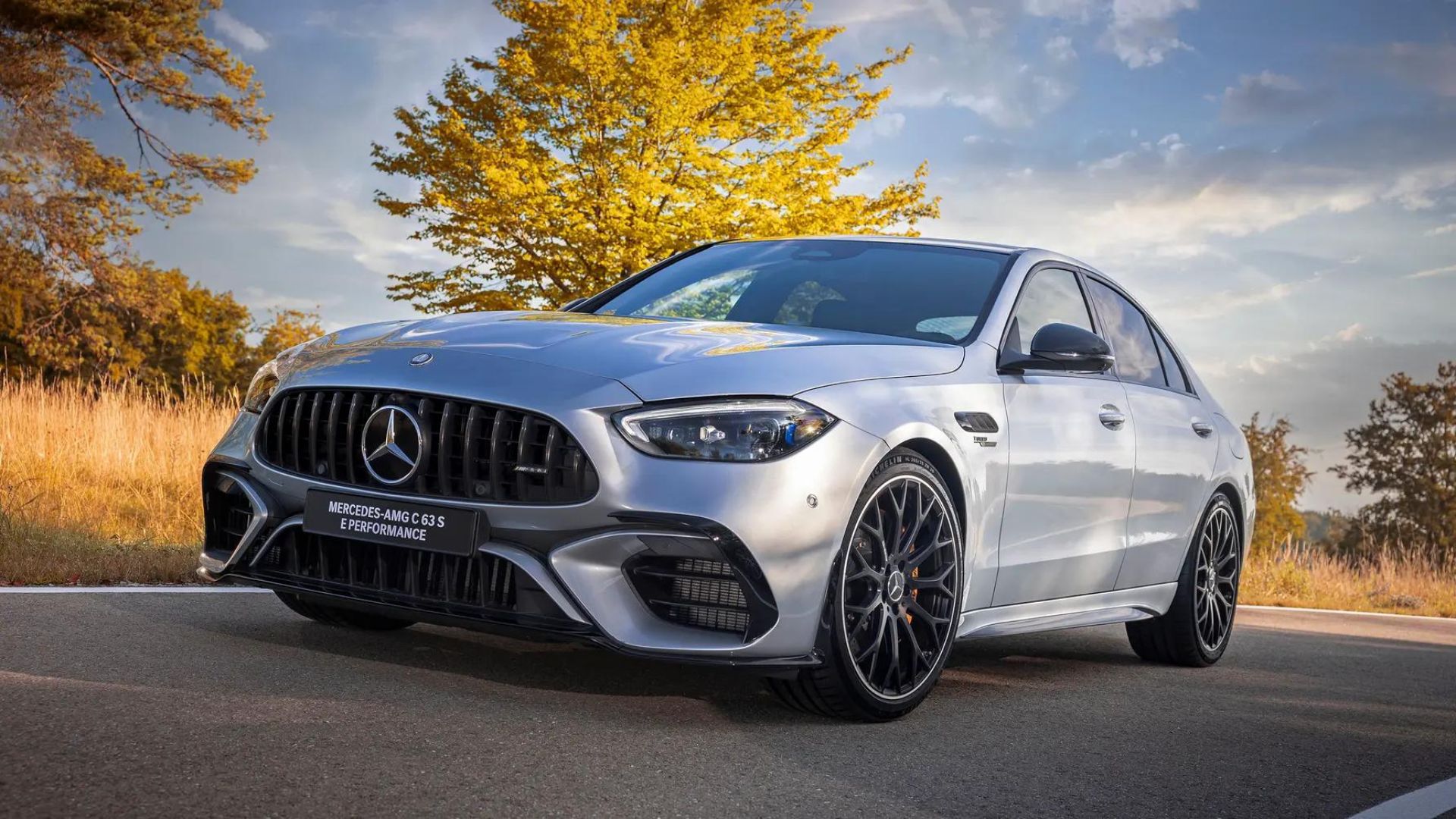 Six things you need to know about the new Mercedes-AMG C63
View other articles about:
Recommended Videos
Read the Story →
This article originally appeared on Topgear.com. Minor edits have been made by the TopGear.com.ph editors.
Share:
Retake this Poll
Quiz Results
Share:
Take this Quiz Again
TGP Rating:
/20