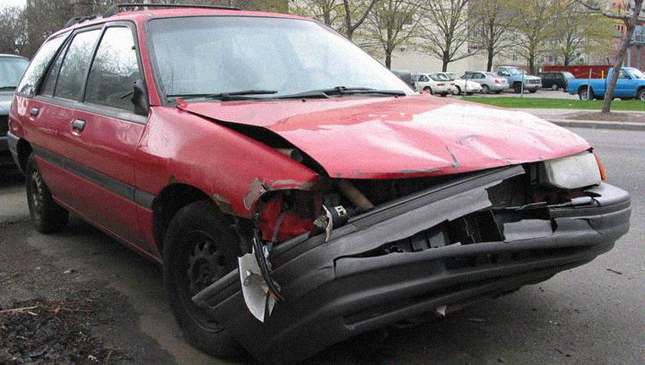 We all have that one friend with the car nobody wants to ride in--the antithesis of an ideal barkada vehicle. You know, the dude with the smelly, ill-maintained hand-me-down car? Don't get us wrong, being behind the wheel of any old vehicle isn't an issue. Some of the nicest-looking rides out there are the ones with the most mileage on them. It's just that you see your friend with the latest gadgets, the posh Instagram game, dozens of collector sneakers, and a P10,000 pair of Ray-Bans, and for some reason he can't seem to afford a new pair of wipers or a decent set of floor mats.

Well, buddy, your friend is a certified cheapskate when it comes to his car. He'd rather maintain his shallow Starbucks lifestyle than give his car a much-needed fix. He claims to love his ride--hence his reluctance to part with it despite the hideous condition it's in--but in reality he's just got a messed-up list of priorities.

How to know if a person belongs to this club? We've compiled a list of the common habits that these miserly car owners have developed over years of scrimping on their vehicle. 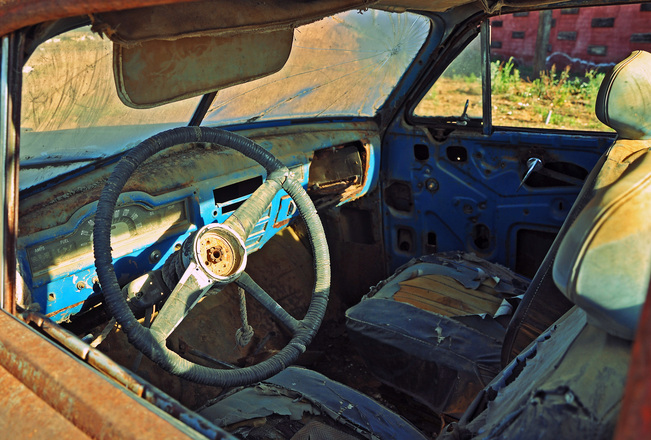 1. Their vehicle is in generally worse condition than a '90s taxi. "That smell...what the hell is that? What's this white stuff on the seat? Is that mold? You actually have deodorizing tablets under your seat?! Seriously?!" You try to roll down the window in a futile attempt to make the experience a little more bearable. But your friend stops you, saying the window won't roll back up if you roll it down. Fantastic. 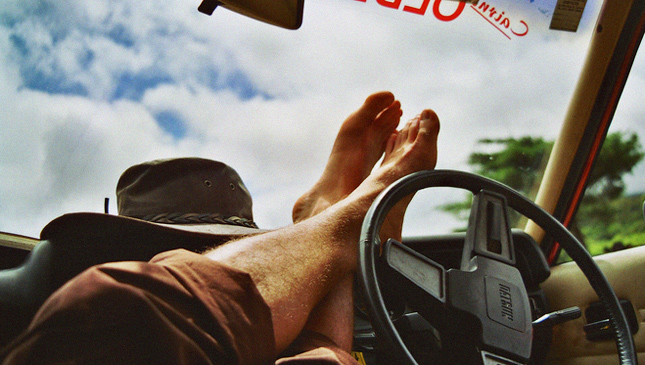 2. They're proud of the fact they don't worry about dents and scratches, saying physical appearance isn't important. There's some truth to this: A vehicle doesn't necessarily have to be easy on the eye in order for it to be a good ride. But it’s a different situation entirely when your car starts to look like it came straight out of a Mad Max film, and we're not saying that in a good way. Which leads us to the next item on our list. 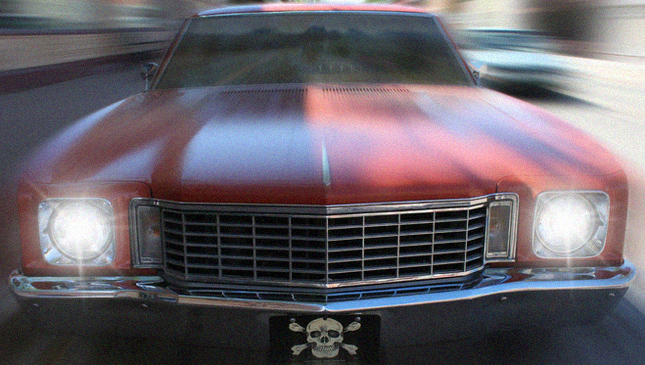 3. They drive like jeepney drivers because they don't mind taking a light hit every now and then. "Are you sure you want to squeeze in there? You're awfully close to this jeep to your left." And they're not really going to bother bringing their baby in for repairs, not when some trusty old alambre can hold that loose bumper in place. 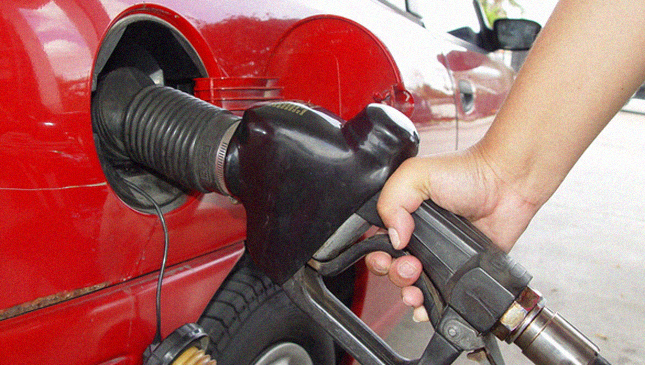 4. They're always complaining about gas prices, even though they don't really keep track of them. A simple trip to the filling station somehow always turns into a half-hour lecture into the geopolitical and economic ramifications of ongoing conflicts in the oil-rich Middle East. Come to think of it, we're not even mad. That's actually pretty impressive! And speaking of fuel... 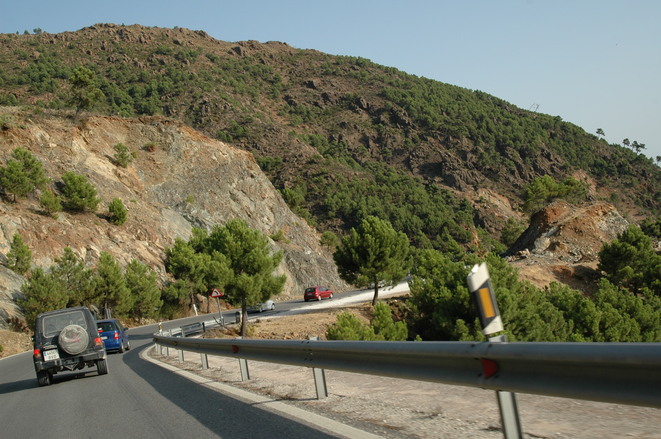 5. They shift to neutral when going downhill to save gas. You dread going uphill, because you know that when you reach the apex of the vehicle's slow, lurching climb, he's going to shift into neutral to save fuel during the descent. He knows it's not safe...but gas prices! You keep quiet, mostly because you know there's no convincing him, but also because you'd rather be dead than listen to another half-hour lecture on gas prices and fuel consumption. 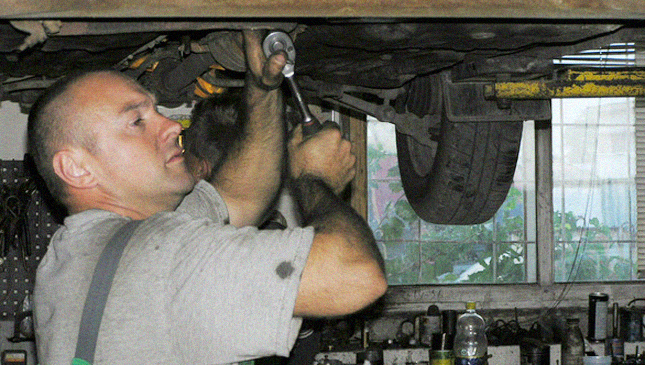 6. At one point or another, they've messed up their vehicle attempting some kind of a do-it-yourself quick fix. There's absolutely nothing wrong in fixing your ride yourself--if you've got the know-how, that is. Unfortunately, you know that your friend isn't much of a gearhead. Parts of the vehicle are literally being held up by duct tape, and the tires look like they've been to the vulcanizing shop one time too many. 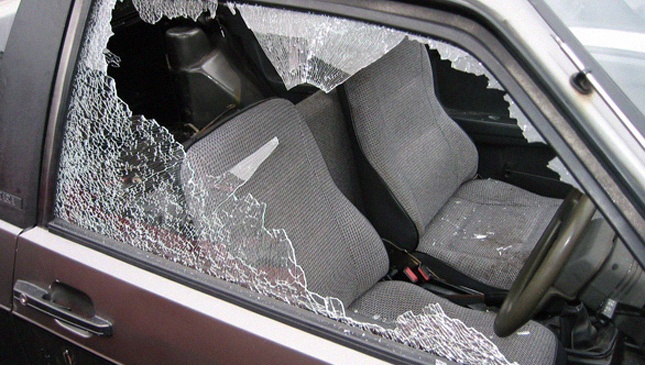 7. They leave their car unlocked because, according to them, there's nothing worth stealing inside. At first you're thinking: "Even the locks don't work?!" Your friend assures you that they do. It's just that he doesn’t really care. 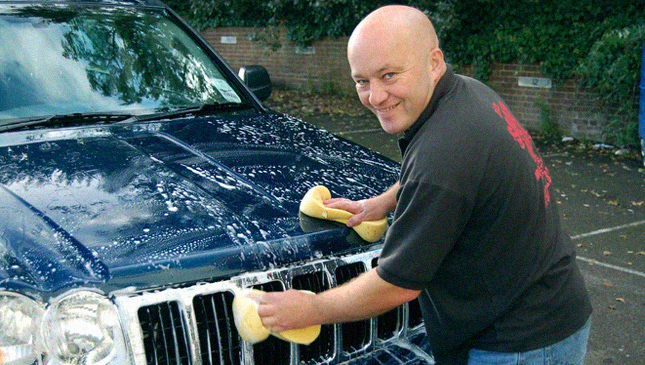 8. They always tell you they're about to buy a new car--one they'll take care of--but they never do. You used to get excited for him. Sometimes he'd even ask you to help him pick a good car from an issue of Top Gear Philippines. Hell, you guys even worked out the numbers! Fast-forward a couple of months (or years) later, and he's still at square one. You come to the conclusion that your good friend is a lost cause.

You see your buddy walking up to his rust bucket of a car with his expensive iPhone, new G-Shock, a stylish pair of Nike Air Max kicks, and even a cute Star Wars toy robot. You feel bad for him initially, but then suddenly it dawns on you: You're sitting in your nice car, wearing jersey shorts and flip-flops. Your car smells way better than you do. And you're still texting with a Nokia 3310. 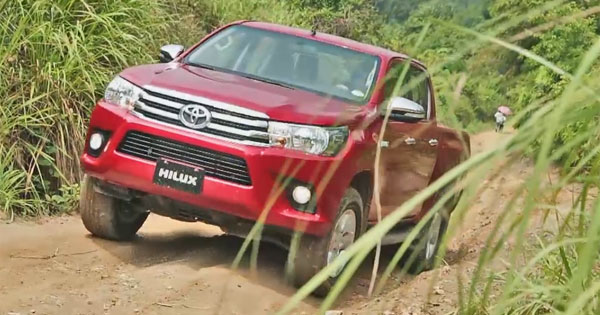 Watch: We make a behind-the-scenes video of our Toyota Hilux cover shoot
View other articles about:
Read the Story →
This article originally appeared on Topgear.com. Minor edits have been made by the TopGear.com.ph editors.
Share:
Retake this Poll
Quiz Results
Share:
Take this Quiz Again
TGP Rating:
/20