8 things you should know about new Toyota Innova

Still the MPV to beat 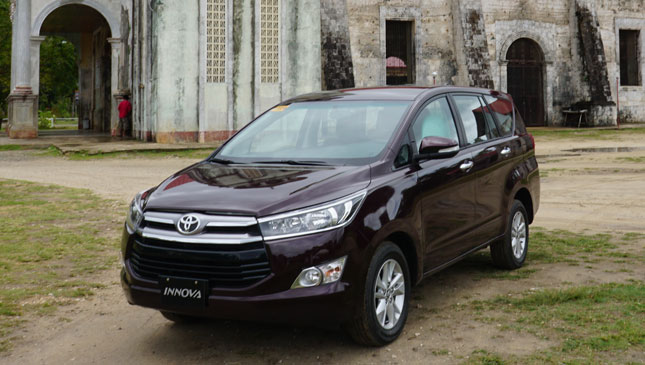 The most simple and difficult question we are asked as motoring journalists is: What’s a good car? A reply to this query can take an hour, as we discuss the possibilities, the options, the needs and the taste of the buyer. But if we had to give an instant answer, we’d say: Get a Toyota Innova.

Toyota has mastered the art of getting us from point A to point B, as well as the underrated aspect of after-sales service. And the Innova, perhaps more than any model in the Japanese carmaker's lineup, best exemplifies what the brand is best at. And the good news is that your future MPV is better in every way except pricing.

So what justifies the extra amount of money you have to plunk down? Here are 8 reasons why the Innova deserves your serious consideration.

1. The all-new Innova now has better powerplants under the hood. Two options are available at launch: a 2.0-liter Dual VVT-i gasoline with 134hp and 183Nm, and a 2.8-liter turbodiesel with 169hp and 360Nm. Like we said before, the diesel mill is a detuned version of the powerhouse that propels the top-spec Hilux and Fortuner. The petrol Innova is a smooth cruiser thanks to its pairing with a six-speed automatic gearbox. The oil-burner has more punch, and is better suited for highway overtaking.

2. It looks like a proper improvement over the outgoing Innova. Many were not fans of the blinged-out grille in the last facelift. The new one is similar to its immediate predecessor’s large face, but it’s been streamlined into a more appealing package. The new Innova maintains a precarious design balance: It’s attractive enough to draw in current customers, but edgy enough to entice non-owners into the showroom.

3. The cabin is amazing. Well, at least in the V and G variants. Future owners who get the top- and mid-tier Innovas will be rewarded with ambient cabin lighting (à la Alphard), leather steering wheel with control buttons, 2-DIN head unit with multimedia and navigation capabilities, and automatic climate control. The interior has a classy vibe thanks to its minimalist design, complemented by graceful hues of black, brown and silver trim. The wavy design of the seats is polarizing, but I personally like it.

4. The gasoline Innova has a very pleasant ride. As expected, it doesn’t have the rumble of the diesel Innova, and combined with the new chassis, the riding comfort is better. We were amazed at how refined it is.

5. Fit and finish are as good as they should be. The materials feel solid, the dashboard doesn’t budge, and the panel gaps are anywhere from minuscule to nonexistent. And thanks to the spartan design of the interior, there are fewer things that could creak and break.

6. The multimedia system is quite nice. For 80% of our listening needs, which consists of playing our digital music and Spotify playlists, the AVT head unit and six speakers (four speakers for the base J line) will do nicely.

7. Space is decent, but not a big improvement. The first and second rows are great for long trips. But if you’re a big guy, you'd better try not to get stuck in third row.

8. The brakes and the handling are more than adequate. We’re not talking about racing or performance driving here, but real-world instances. We were able to try some track exercises with the Innova, and it did well in slalom and braking tests. Turning radius is also tight, which should be a boon in cramped cities.

If you're curious about the new Toyota Innova, you can check out our magazine's March 2016 issue. 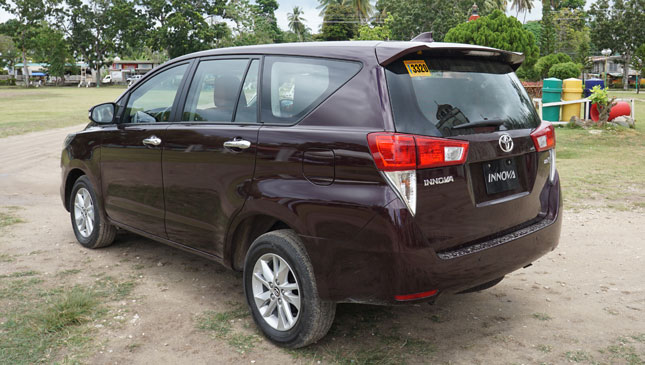 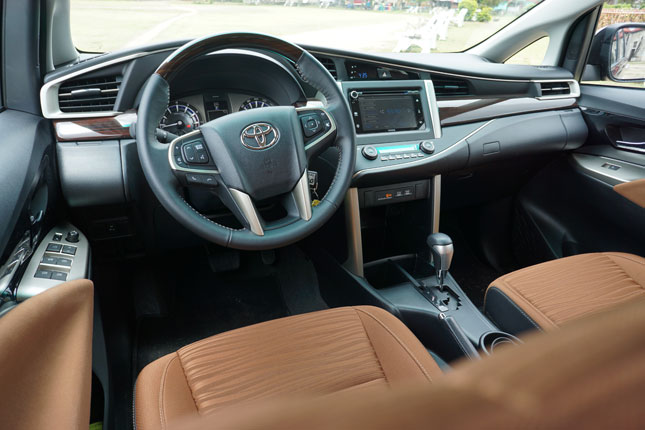 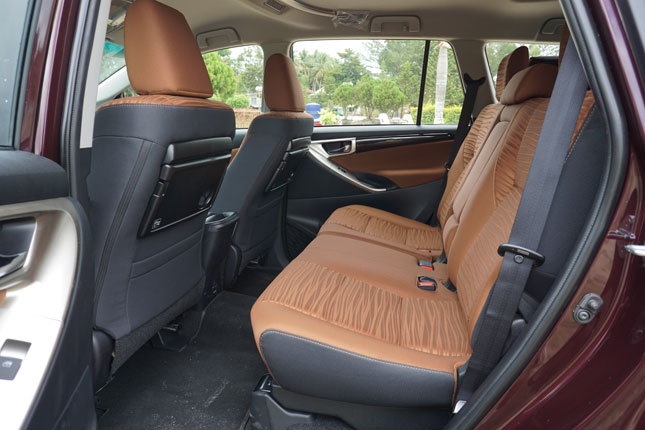 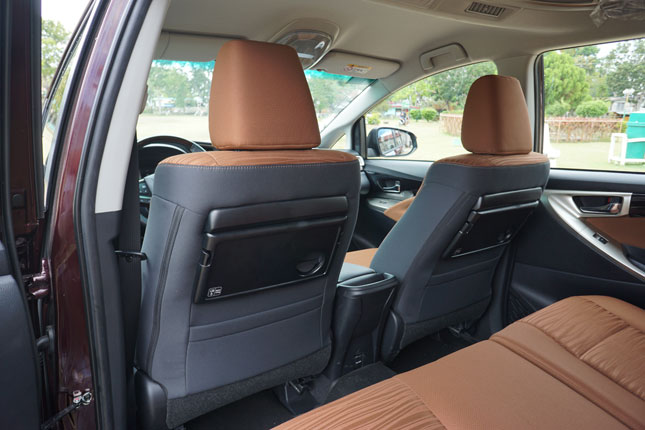 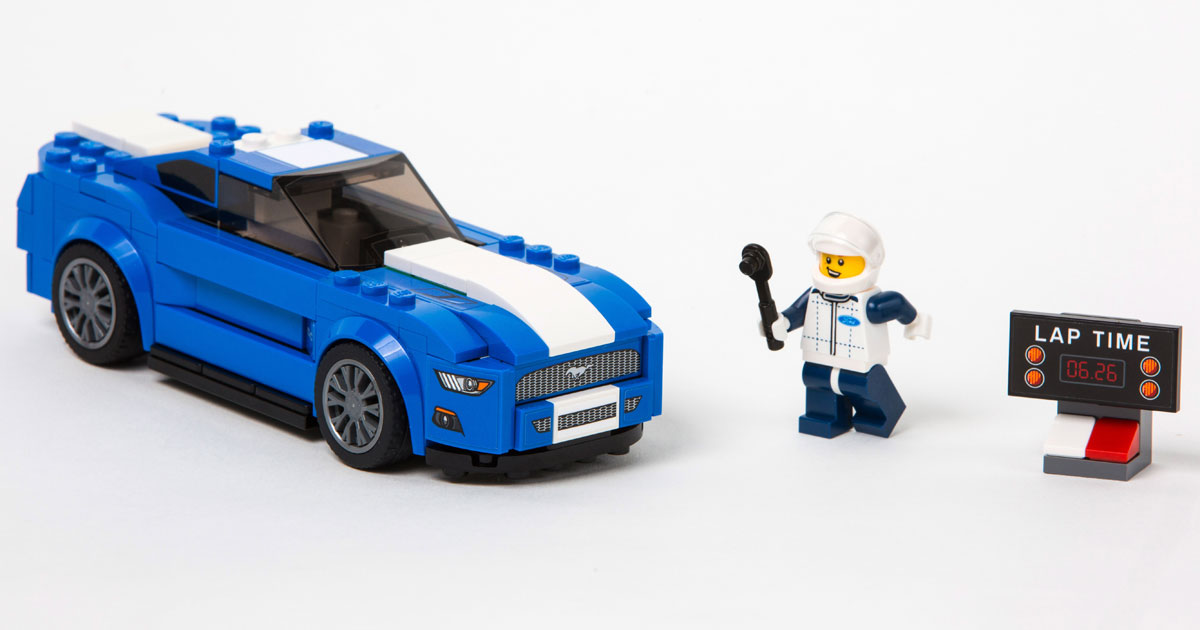 Lego lets you live out your fantasies with Mustang GT and F-150 Raptor sets
View other articles about:
Recommended Videos
Read the Story →
This article originally appeared on Topgear.com. Minor edits have been made by the TopGear.com.ph editors.
Share:
Retake this Poll
Quiz Results
Share:
Take this Quiz Again
TGP Rating:
/20