One hundred thousand diapers, recycled and melted into the road mix of a bit of Welsh blacktop. The punchlines couldn’t possibly punch lower.

Okay, so the Col de Huggies isn’t actually the road pictured. The road in question is actually the A487 in Llanarth, in front of the Llanina Arms. We just think this one’s much prettier. But it could be this road in the future, if the pilot program takes off.

Here’s the basic idea: After it’s covered a small, screaming human’s derriere, Welsh parents drop used disposable diapers in a special bin, put it out the front on collection day, and wistfully remember when they could just go to the pub and see their friends.

The nappies get picked up and taken to a local company where they get cleaned and recycled. This process likely prompts any number of ‘and you think your job is crap’ jokes, which absolutely wouldn’t be getting old by now. In any case, the end result is a truckload of plastic pellets, ready to be useful all over again.

Now, anyone whose youth was as misspent as ours will know that molten plastic is relentlessly sticky. That’s because plastic is chemically quite similar to bitumen and behaves the same way when heated. And when cooled, come to think of it. So, by mixing recycled plastic pellets with hot tar and gravel, you end up with a road mix that uses less bitumen and finds a place for literal tons of plastic waste.

As you might imagine, that’s good news. Because when it comes to plastic, we have a truly staggering, genuinely despair-inducing amount of the stuff. But is melting plastic into our roads a good idea for the road itself, or just somewhere to plug plastic waste to try to stave off our Wall-E future a little while longer?

Let’s let India answer that one, given that its road workers have been building roads with recycled plastic for decades. Chemistry professor Dr. Rajagopalan Vasudevan kicked things off about 20 years ago, using plastic-blended bitumen to pave 60 feet of road on campus at Thiagarajar College. Since then, India has paved thousands of miles of city streets and highways, using thousands of tons of recycled plastic.

According to a Guardian feature on Dr. Vasudevan from 2018, “A regular road requires 10 tons of bitumen for each kilometer. A plastic road, however, requires only nine tons of bitumen and one ton of waste plastic.” It also cuts down on construction costs, thanks to using cheap, unwanted plastic and 10% less bitumen.

So, it works from the plastic sequestration angle. And from a price perspective. Top work. But what about the actual road?

Well, polymer-infused roads are already more widespread than you’d think. In Canada, they’re ensuring highways don’t crack over winter. Plasticized bitumen has a higher melting point than the regular stuff, so it’s seeing wide use across the Middle East. It’s also quieter than normal tar, so it’s been used for just that purpose in the US.

That said, these have generally been made with newly minted, specialist plastics, and every mile paved costs an absolute bomb. So, they must be leagues better, right?

Nope. A central thoroughfare in Chennai was repaved with plastic-bolstered bitumen back in 2002. Since then, it’s had cars and trucks trundling along it 99% of the time and floodwater gushing down it the other 1%. And it’s in perfect nick. Also, it bears mentioning that Chennai is hot as hell for months at a time. So, this road has been baked and beaten for two decades without forming a single pothole. Not even a hairline crack. It’s uncanny.

But when the road eventually degrades, will the plastics infused in the road mix get washed into local waterways, ending up in drinking water supplies or natural habitats?

Well, that bit’s a touch tricky to measure, to be honest. Because plastic-infused roads have this uncanny habit of lasting much, much longer than regular bitumen, regardless of the environment. That said, quite a few roads have been made with this future concern in mind, adding filters and so on to catch microplastics worn from the road as it’s used. Which has an extra benefit, too—catching the plastic and rubber scrubbed off tires as they use the road. Even better news.

ALSO READ:
Tire rubble makes up between 10% and 28% of plastic waste in the ocean

That means, if you weren’t already keeping score, the roads are better to drive on, they last for decades and, with each new road, we’re finding a safe and stable place to put the mountains of plastic waste we create every day.

And now, thanks to some creative thinking, the 140 million disposable nappies that Welsh babies go through every year could end up repaving some of the best driving roads in the entire world. Our only question is this: Once we’ve repaved it all with Pampers-infused bitumen and it won’t need any work for decades, what do we do with our mountains of nappy pellets? Apart from make low-brow jokes, obviously. 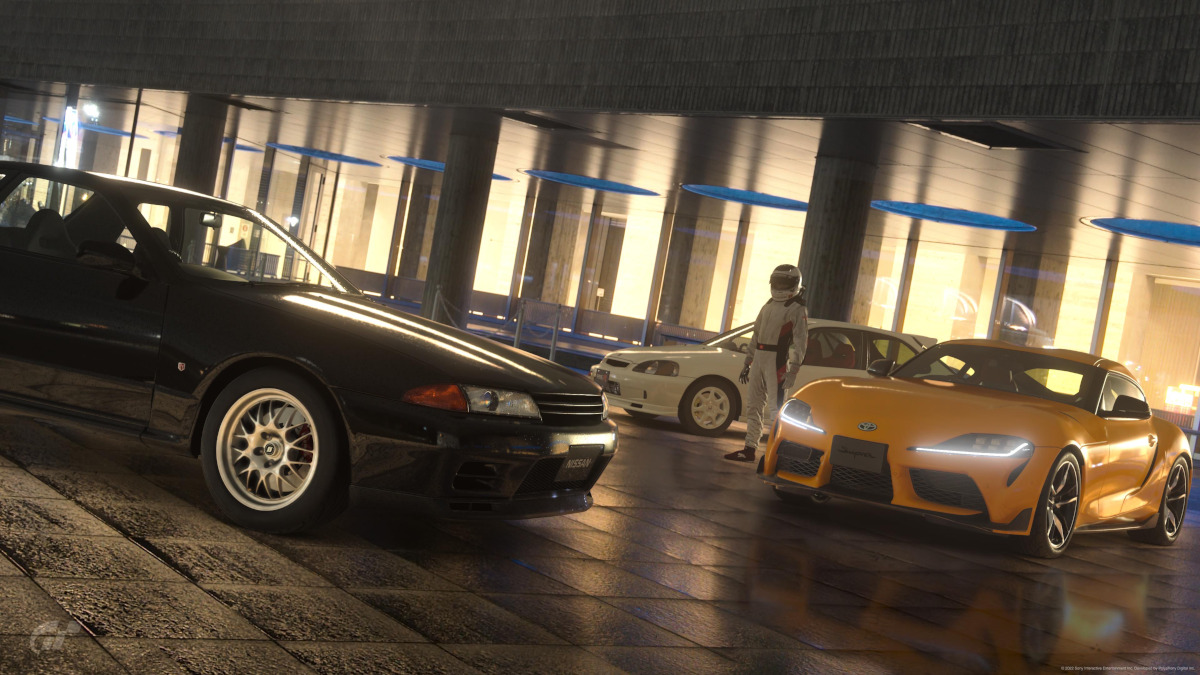 Review: ‘Gran Turismo 7’ is as engaging as it is eye-catching, but has two major flaws
View other articles about:
Read the Story →
This article originally appeared on Topgear.com. Minor edits have been made by the TopGear.com.ph editors.
Share:
Retake this Poll
Quiz Results
Share:
Take this Quiz Again
TGP Rating:
/20