Here's how to build an Aston Martin Vantage V8 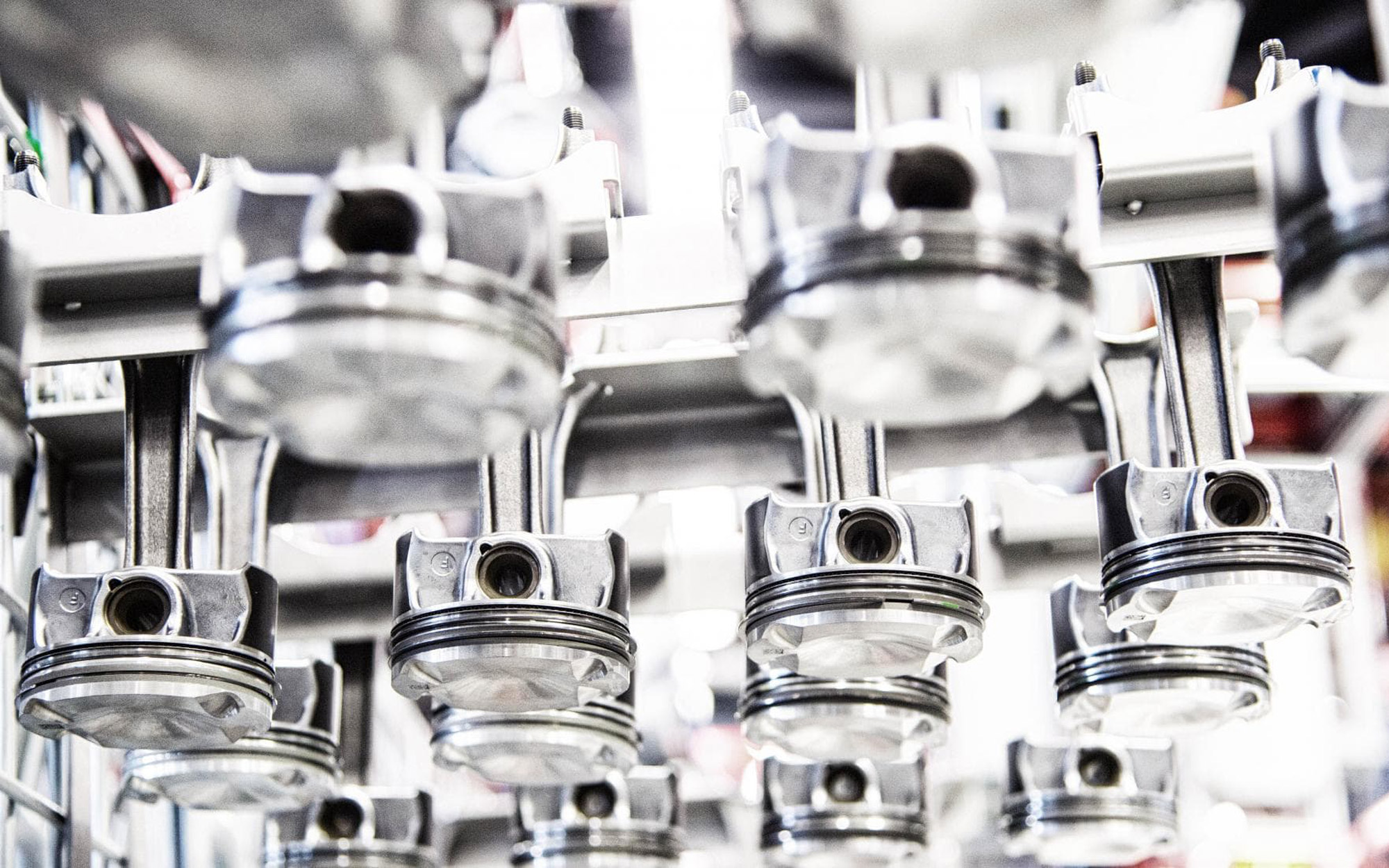 'AMG’s V8 engines require so much more craftsmanship (and training) than a big Lego set, but I can see why petrolheads love piecing them together.'

When Aston Martin announced it would be using AMG engines, the internet wasn’t happy. It rarely is, and we should never expect rationality when scrolling through the comments. Yet the dislike of Aston powering its latest sports cars with engines from Affalterbach—new Vantage included—really shocked me.

Kinder commenters said Aston should spend time and money developing its own, bespoke engines; the less charitable made tasteless WWII references. Oh, internet. Both parties politely ignored that AMG makes some of the most theatrical, pulse-quickening V8s around, though. And that Aston’s own V12 is built elsewhere in Germany…

Time to see what all the fuss is about, then, by, um, trying to build one myself. Why? To make doubly sure that this isn’t Aston buying some bulk engines from Mercedes on the cheap, that it’s choosing an engine not only for its noise and performance, but for the craftsmanship that goes into it. If it was just a soulless, robot-made engine, then a chump like me could put one together, right?

The signs are reassuring at AMG’s Affalterbach plant, the home of its V8 engine. It’s like rolling into a village that happens to have some factory buildings emanating from twee cottages. There’s not a security gate in sight, and it looks like people genuinely live in the grounds, providing glimmers of visiting Aston Martin’s quaint old Newport Pagnell plant. But that’s a more tenuous link to Aston’s handcrafted nature.

More pertinent is AMG’s ‘One Man, One Engine’ philosophy. From the block being selected to the finished engine being cold-tested, just one pair of hands will have inspected it, cleaned it, and pieced it together during a predominantly handmade process. If that doesn’t fit with Aston’s ethos, I don’t know what does.

If you’ve got your name down for a Vantage, though, rest assured. My engine’s an exception, and my natty new AMG jacket doesn’t also come with free rein of the production line.

‘My’ engine is being built with the expert help of Savo Popovic, one of AMG’s master craftsmen and the man who built the first prototype of Aston Martin’s take on the ‘M177’ V8. So he’s the right person to help me put things in the right places, such as the twin turbos into their famous ‘hot in vee’ position that AMG implements with this 4.0-liter unit. They need fitting in a specific order, after all, and it differs between C63s and E63s, never mind Aston’s own unique tune of this engine, which gets a whole new sump, among other changes.

Savo is 24, yet already vastly experienced: Like most engineers here, he started via a three-year apprenticeship, rather neatly as a mechanic at a Mercedes dealer. He’s been with AMG four years and fiddles with an old W123 in his spare time.

Like everyone within the plant, he’s a proper petrolhead. And a big Lego fan too, it turns out, when I rather clumsily compare the vast array of complex parts he’s about to help me piece together as “like a big Lego set.” Thank God he laughs.

The whole process takes around four hours and, unlike most production facilities, it’s the worker who moves around, not the production line. Each part of the build process is at a fixed station, accessed by pushing the engine around on a trolley.

“It’s just like going shopping,” says Savo, as we wheel an empty cart over and he watches me lower in a fresh engine block as carefully as I would put down a newborn baby. The engine is bolted to the trolley and stays fixed until the very end of the line; it whirrs around on a motor when you need to access its belly.

All the big processes happen right away: fitting the crankshaft, sliding pistons into cylinders, fitting the cylinder head… But it’s all interspersed with liberal lubrication, Savo declaring that you must apply oil “like a good chef.”

As he shows me how to line the cylinders with oil ahead of the pistons going in, he efficiently spins the bottle around and the most delicate pattern spirals down below us. I get hold of it and splodge down twice the amount of oil with the ugly sogginess of a failed Bake Off challenge. Oops.

The shopping theme continues with an infrared scanner that you’re constantly using. Every tiny step of the build has a barcode, be it on the tools you’re using or the parts you’re fitting. Each piston is matched to its cylinder and logged on an electronic file that’s forever linked to the car, should any problems arise, and you log into a screen on your trolley that won’t let you move to the next build station until you’ve tightened every nut and bolt with the correct torque.

If the tools aren’t accurately supplying the right torque, it knows that too. Any mistakes I’m making are being thoroughly documented, then.

Which brings us to inspection. Half of my time is spent inspecting key parts for damage, cleaning them, and oiling them. Savo suggests he does far more cleaning here than at home. If he spots anything he’s unhappy with, he’s free to throw the rogue part away, right down to an entire engine block.

“A robot in a factory wouldn’t see the damage. It’d put the part on, the engine would work as it left the factory, but after 20,000 miles the buyer would have a problem,” says Savo. “I see the scratch, I take it out of the line and get a new part. It’s something the camera or robot won’t see.” That’s ‘One Man, One Engine’ down to a tee: absolute responsibility for—and pride in—what ends up in the front of a valuable sports car.

It’s why lots of AMG buyers want to come and tour the factory and meet the name behind their engine plaque, too. Savo’s even been to an owner’s home and driven a C63 with his name plaque in it.

It’s a little different in Astons, mind, which lose the AMG badge and instead get a final inspection plaque applied at Gaydon, which stands for the entire car, not just the engine. Once an engine like ‘mine’ is finished and leaves Affalterbach, it starts a 700-mile journey to Warwickshire, where it’ll be mated with a gearbox, exhaust and other ancillaries before being married to a brand-new Vantage.

I can attest it’ll do so with the same hand-built DNA as the rest of the car. As I continue around the line, electronic or robotized processes are few and far between, limited to those checking processes and adhesive application, such as on the very intricate borders of the oil pan and valve covers, before they’re permanently attached.

Otherwise, it’s a joyfully hands-on process, albeit one that leaves me bewildered. No sooner have I high-fived myself for slotting the massive turbos inside the vee than I’m tangled in the wiring harness like a fish in a trawl net.

AMG’s V8 engines require so much more craftsmanship (and training) than a big Lego set, but I can see why petrolheads like Savo love piecing them together.

“It’s great to see the smile on owners’ faces, and when they take their AMG out of the hall, it makes me happy,” says Savo. “It’s so cool that with Aston Martin now using our V8, more people will now get to drive my engines.”

Hopefully, by the time they read this, the comments box junkies will agree. 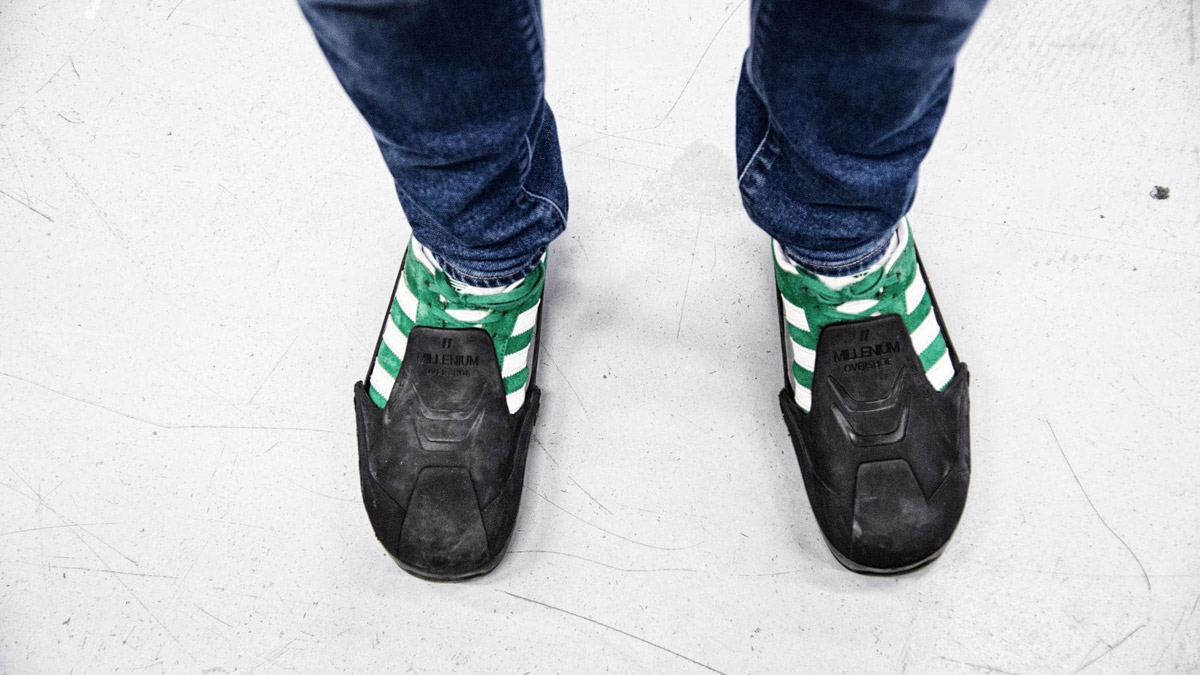 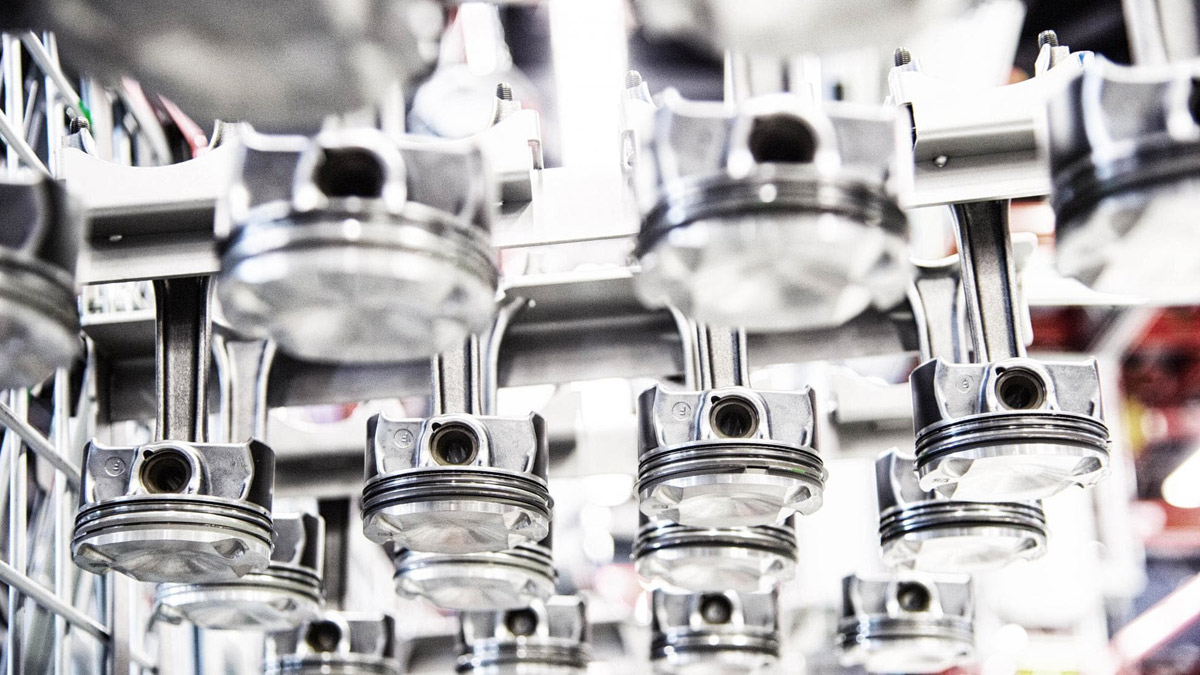 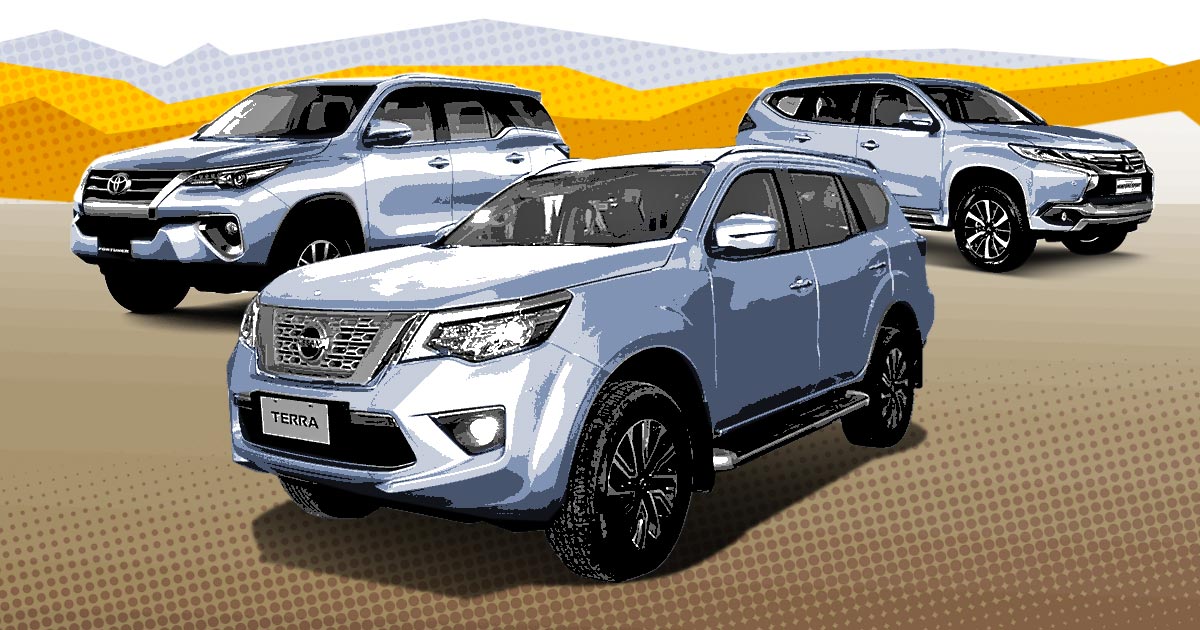 Spec-sheet brawl: Mitsubishi Montero Sport vs. Nissan Terra vs. Toyota Fortuner
View other articles about:
Read the Story →
This article originally appeared on Topgear.com. Minor edits have been made by the TopGear.com.ph editors.
Share:
Retake this Poll
Quiz Results
Share:
Take this Quiz Again
TGP Rating:
/20