18 Times the automotive world made us go WTF this decade

They were either jaw-dropping or facepalm-inducing
by Ollie Kew | Dec 30, 2019
CAR BRANDS IN THIS ARTICLE 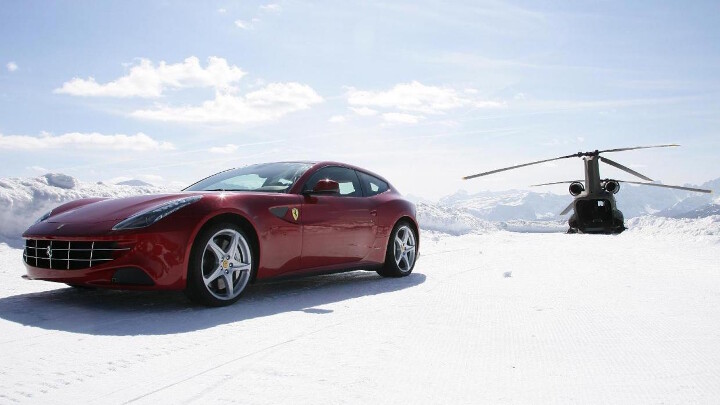 In 2011, Ferrari followed up its line of elegant two-door four-seater GT cars with the FF. And the world couldn’t believe its eyes. A hatchback. A hatchback with four-wheel drive. A 4x4 hatchback with a V12 developing 651hp. Now that we’ve had years to get used to the idea—and seen it refined into the confusingly titled GTC4 Lusso—the FF doesn’t seem like such a bonkers creation, but at the time, it was a massive shock. Coolest Ferrari of the decade? For us, no doubt. 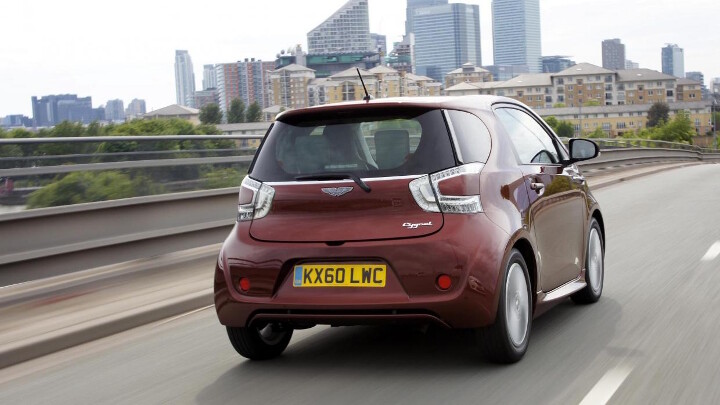 Oh, yeah—remember in 2011 when Aston Martin thought that it could sell 4,000 leather-coated Toyota iQs to its faithful city-dwelling public? That’s 4,000 a year, for £30,000 (around P2 million) a pop. Find the Cygnet next to the Microsoft Zune in the dictionary under ‘what were they thinking’ commercial flops. Unless you’re looking for a cheapish, secondhand runaround with a really posh-smelling seat. 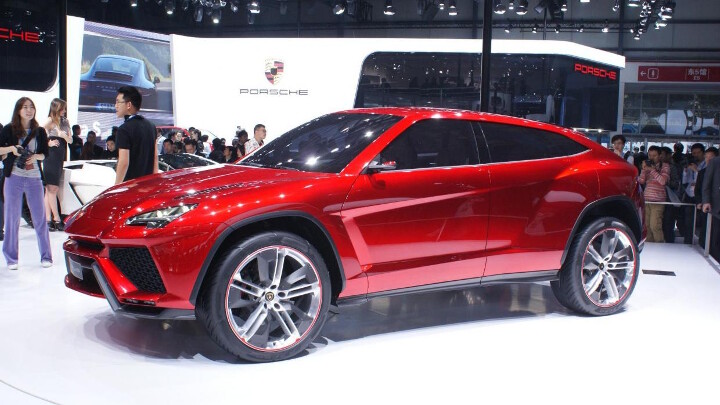 Hah! Lamborghini is going to make an SUV! How bizarre and out-of-sync with the brand, and the environment. No-one will want a two-ton family-ghini, will they? 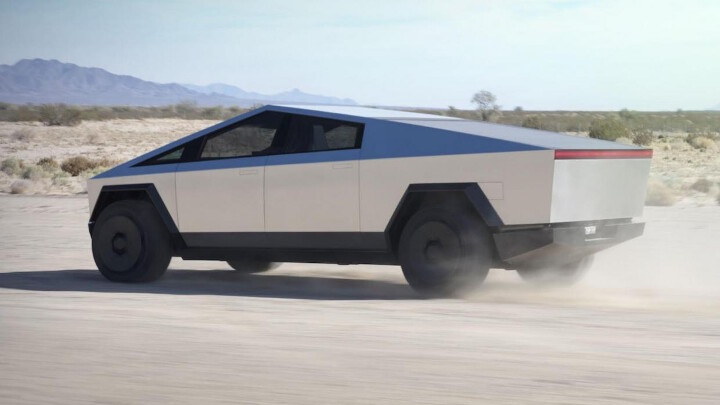 ‘Fart mode,’ in-car games, a truck that looks like it’s from the future (where crash tests don’t exist), a truck and a supercar that promise so much but still don’t exist in production form...pretty much any and every time Elon Musk has opened his mouth—or his Twitter account—we’ve been served a surprise from Tesla. And love it or hate it, the industry has been massively shaken up as a result. 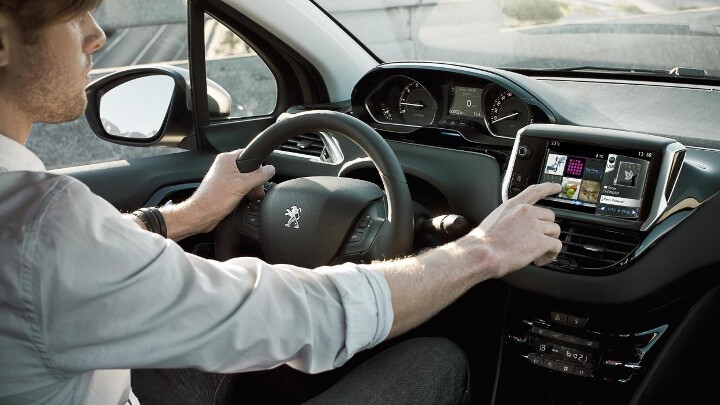 Normally, anything classed as ‘a good idea’ in the car industry is shamelessly copied. Even if it’s a terrible idea. Think massive grilles, or huge touchscreens. Stupidly heavy SUVs that can’t off-road. Coupe-SUVs. See what we mean? The car industry loves a gimmick, even if it demonstrably sucks.

But no one has copied Peugeot’s cabin-design trend, first seen in the 208 back in 2012. The tiny steering wheel and the instruments atop the dashboard are purely Peugeot exclusives. And it can’t be because Peugeot buyers all hated it—because satisfaction surveys prove customers love the curious setup. Even if it’s a tad tricky to find a comfy driving position... 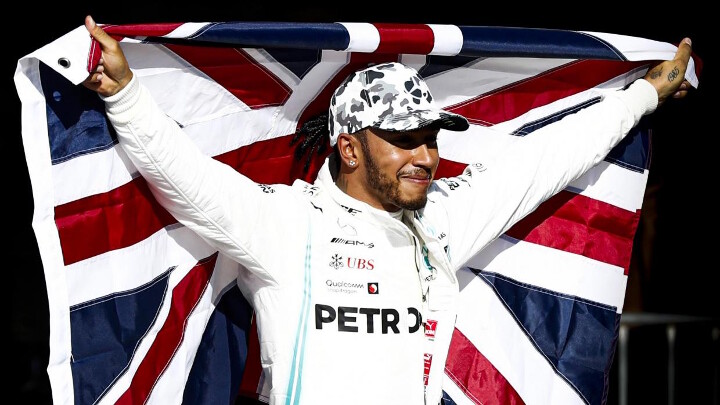 After winning the Formula 1 championship at only his second attempt in 2008, Lewis Hamilton sensationally left McLaren in 2013 and swapped to Mercedes F1, which had bought out the defunct Honda operation (via world champs Brawn GP) and won precisely nothing in the sport’s modern era. Wonder whatever happened to that promising British talent? 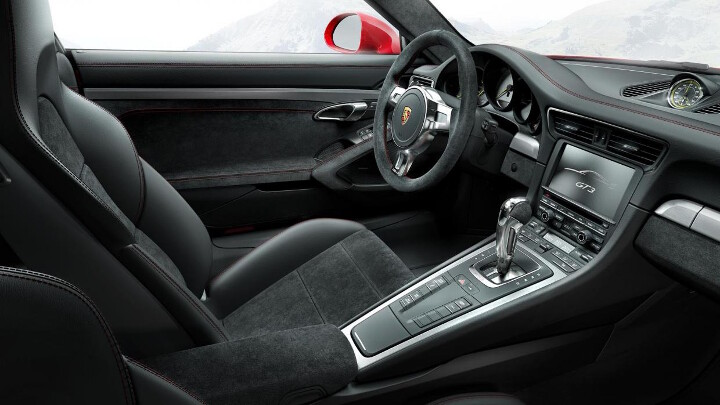 In 2013, Porsche told us that people who wanted a 911 GT3 needed fast lap times and fast shifts, and that means there was no market for a slow manual gearbox. End-of-days stuff: PDK-only was the way forward. Except, lots of enthusiasts did want the slower manual box, and after selling a few 911 Rs to nicely prove the point, a stick-shift went back in the GT3 in 2017. Phew. 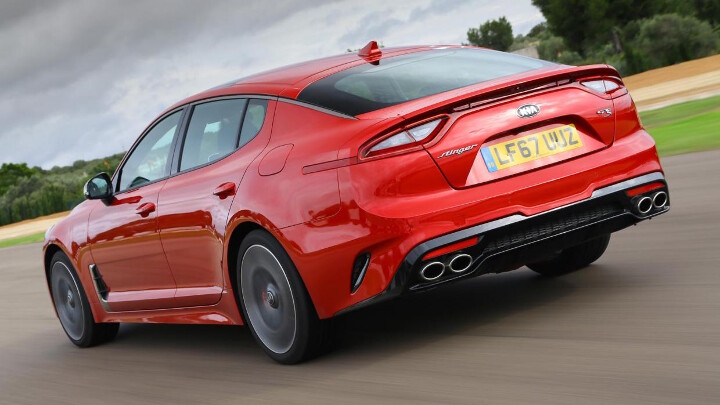 The head of BMW’s M Division, Albert Biermann, decided that instead of setting up rear-wheel-drive V8 mega-sedans full of pedigree, he’d like to go to Korea and teach Hyundai and Kia how to make drivers’ cars instead. And maybe he just prefers kimchi to sauerkraut.

In 2015, that seemed like a pretty bizarre call. In 2019, having driven the likes of the Kia Stinger GT S and the Hyundai i30N, we’re sure Biermann is the one smiling now. 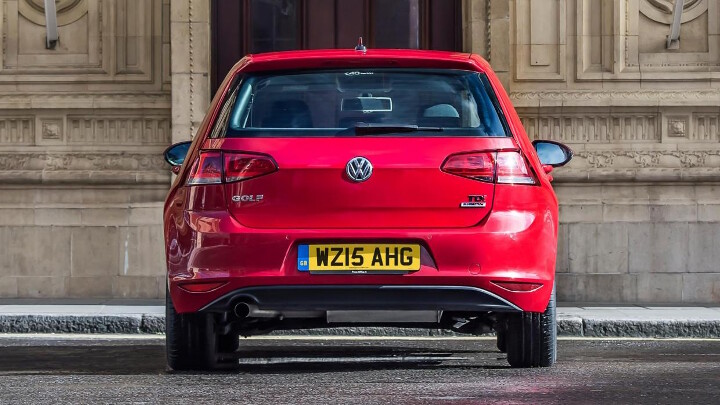 When the news began to break in September 2015 that Volkswagen had taught its diesel engines to recognize when they were being emissions test and hide the monumental quantities of NOx bring emitted under normal conditions, the scale of the deception beggared belief.

It’s estimated 11 million cars were sold with guilty engines, in Volkswagens, Audis, Porsches, and so on. Meanwhile, it was discovered that VW had been part of a group including Daimler and BMW who tested the effects of tailpipe emissions on live monkeys. Many millions have been spent on compensation to date, and VW is now launching a range of clean, green electric cars, insulated from the diesel backlash.

So, the question we’re left with is: Did VW’s reputation pretty much get away with dieselgate? 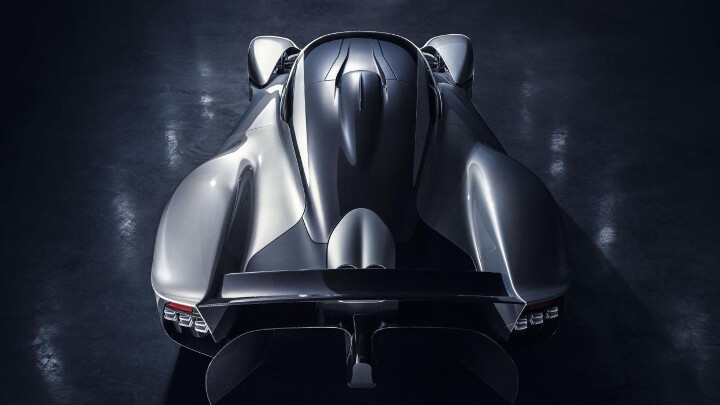 James Bond’s car marque of choice, in bed with an energy drink? What’s going on? The tie-up was, mercifully, about more than F1 marketing, and led to Project Nebuma—or the Valkyrie hypercar, as it’s now known. An Aston Martin by Adrian Newey—it’s surely one of the most anticipated cars of the next decade. 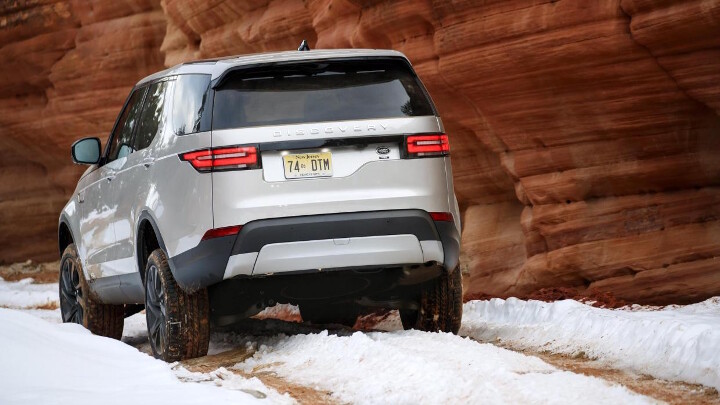 Three years later, we’re still not okay with it. 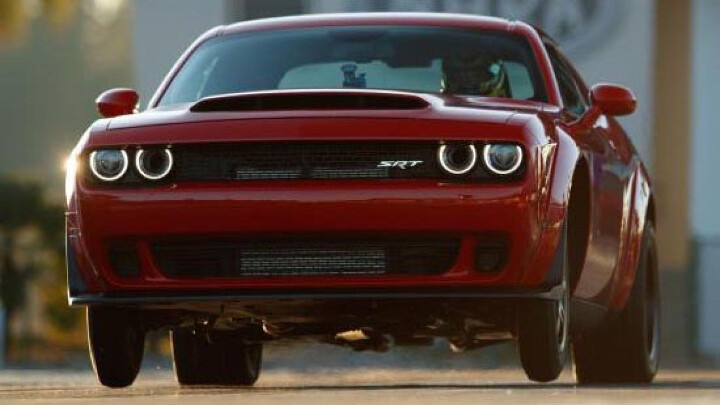 Selling the general public a road car that can perform a wheelie. That can’t be done. But no one told Dodge that, did they? The Demon offers 840hp, a drag-spec transmission, drag tires, and a stripped-out cabin. And it will, we can confirm, put daylight under its front tires. 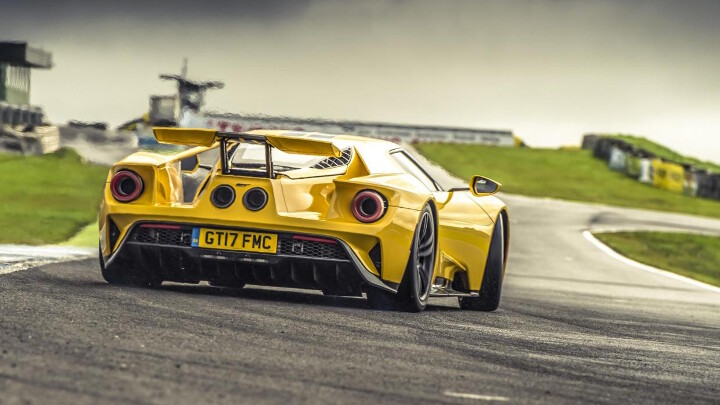 Ford kept this spaceship completely under wraps by hiding the prototype model in a secret room and only giving a select few of its 12 most trusted employees the key. So, when it ‘dropped’ to use the modern parlance, at the 2017 Detroit motor show, it caught the whole world on the hop.

Fancy a guided tour of this most secret of design studios? Of course you do. Top Gear’s got you covered. 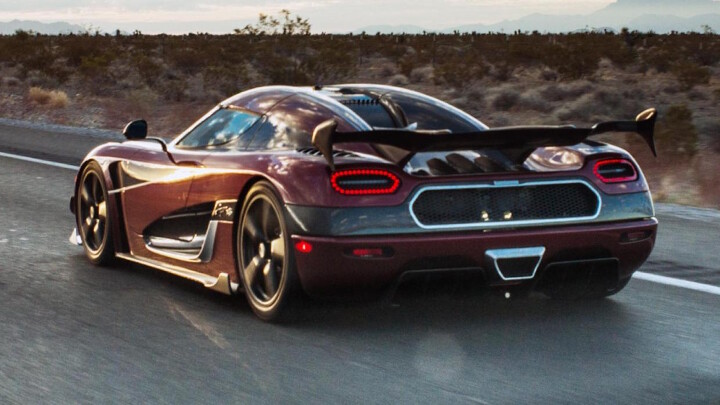 Yes, it’s now been superseded by Bugatti, but in 2017, we were bowled over by the bravery required to take an Agera RS to 277mph (445.79kph) on a public highway. A closed one, we hasten to add. What a decade it’s been for speed. 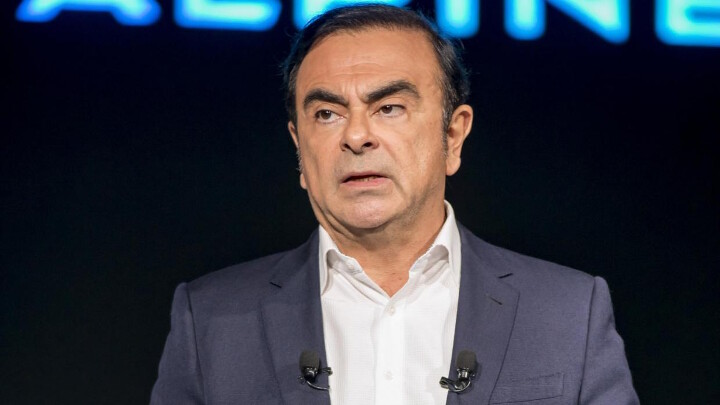 Carlos Ghosn forged an empire by building alliances between weaker brands, then using the resulting cost savings and hive mind to take on the might of VW and Toyota. Then, in 2018, he was arrested in Japan after a secret year-long investigation into financial impropriety. His trial will be a major event in motoring corporate history, and may well redraw the map of the global car industry 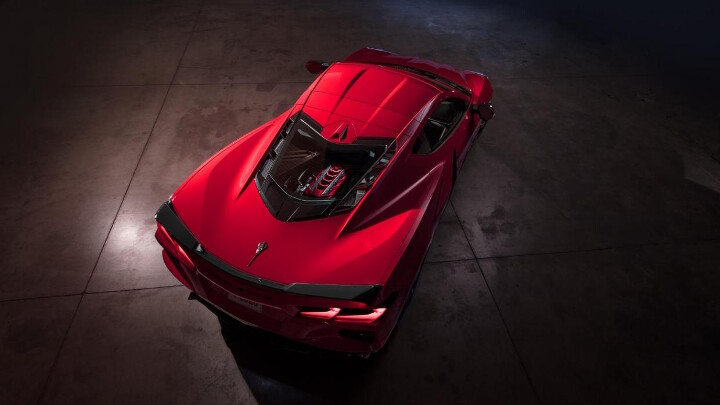 OK boomer—your sports car is now a supercar. The news became official this year, but the secret had already been out for a couple of years. Still quite a lot of online butthurt about it, though. 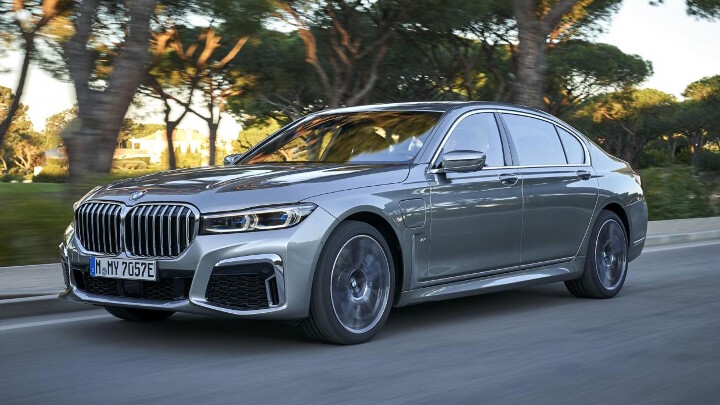 One day, we’ll look back on this wretched era of BMW design and chuckle at how woefully misguided it was for a brand with some of the most recognizable cues in all of motoring design to defecate on its heritage and reputation with such a shoddy policy over-exaggerated horror-grilles. We hope that day is soon, but with the new 4-Series promising even more horrendous schnozz, we fear BMW’s sketchbook nightmare will get a lot worse before it starts to get better. 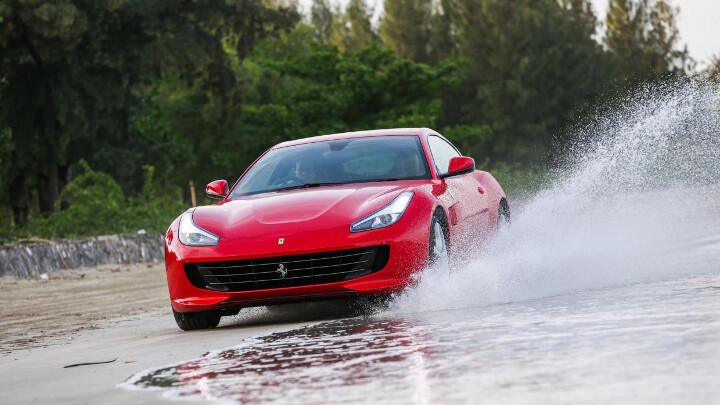 Sort of a shock and yet depressingly predictable at the same time, this one. The ‘Purosangue’ project (that’s Italian for ‘thoroughbred’—they doth protest too much) is said to reinvent the SUV concept in a very Ferrari way, but we can’t help feeling that the only way we’ll learn to love the Ferrari SUV is when its profits pay for a new family of ‘proper’ sports cars straight outta Modena. 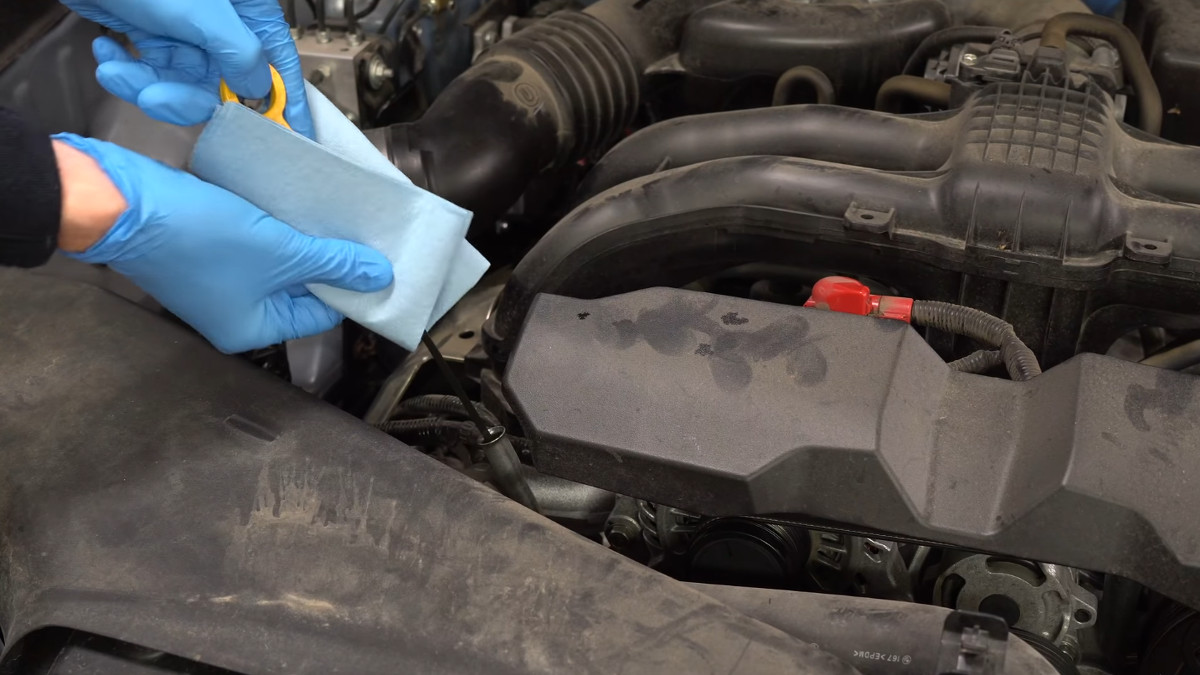 Best of YouTube: Why you shouldn’t skip that scheduled oil change
View other articles about:
Read the Story →
This article originally appeared on Topgear.com. Minor edits have been made by the TopGear.com.ph editors.
Share:
Retake this Poll
Quiz Results
Share:
Take this Quiz Again
TGP Rating:
/20