After a lengthy pandemic-enforced delay—a real-life Mission: Impossible—Black Widow arrives to entice you back to the cinemas (if they’re open where you are). Honestly, who knows where the summer’s action blockbusters would be without the protagonists doing unspeakable things to a BMW in a glamorous European city?

This time it’s Natasha Romanoff (Scarlett Johansson), front and mostly center of this new ‘phase four’ standalone/prequel entry in the sprawling Marvel Cinematic Universe, returning to kick unprecedented amounts of ass. There’s a powerful psychological undercurrent in Black Widow as the origin story unfolds, abandonment issues are dealt with in vivid style, and the Black Widow is reunited with her sister Yelena (Florence Pugh), her lugubrious father Alexei (a very funny David Harbour), and eventually her mother (Rachel Weisz).

Looming above it all is General Dreykov (Ray Winstone), a rogue Russian spy lord who is chemically brainwashing and mind-controlling an army of young women in a facility called the Red Room. They become contract killers or—you guessed it—‘black widows.’ Into the fray comes the relentless and enigmatic—even for an MCU movie—Taskmaster, and our Black Widow is aided and abetted by fixer and potential suitor, Rick Mason (O.T. Fagbenle), known as The Agent in the Marvel comics.

Depending on where you stand on all things MCU, Black Widow is refreshingly earthbound for a massive summer movie, at its best exploring the trickier byways of the human psyche in the midst of all the expected nerve-jangling mayhem. It’s still plugged into the wider Marvel mainframe, of course, tightly and wittily scripted, and the whole thing is adroitly handled by director Cate Shortland.

“I doubt the god from space has to take an Ibuprofen after a fight,” Yelena remarks of her all-too-human sister, referencing one of her Avengers compadres after a dust-up. You could even argue that the film is relatable, although that’s a relative term in this context (unless your sister happens to be a highly trained Russian assassin).

And yes, there is an explosive car chase involving a BMW, an X3 being hunted down by Taskmaster in a tank through the streets of Budapest. “It’s a question of time—and creativity,” second unit director Darrin Prescott explains.

“What matters is what the script dictates. If necessary, we switch off functions such as ESP or safety assistance, replace the engine, or tear the entire body off the car and rebuild it from scratch. The ideas for stunts often arise spontaneously—we want them to be as original as possible, to bring action never before seen to the screen.

“That automatically presents us with a major challenge—but we continually fine-tune the nuances of the plot and the locations until we’ve created the perfect arena for our stunt ideas. I’m very demanding about drifting when it comes to getting things where I want them.”

A total of 13 X3s were used/sacrificed for the sequence in Black Widow, the main stunt cars ditching the electronic handbrake for a hydraulically actuated one. There’s a particularly satisfying reverse J-turn, Florence Pugh’s character Yelena delivering a waspish critique of her sister’s driving technique throughout. Never let her open a door in a crowded street is all we’re saying.

Meanwhile, Top Gear caught up with rising British star—and highly accomplished musician—O.T. Fagbenle. Frankly, he should be in the film far more than he is... 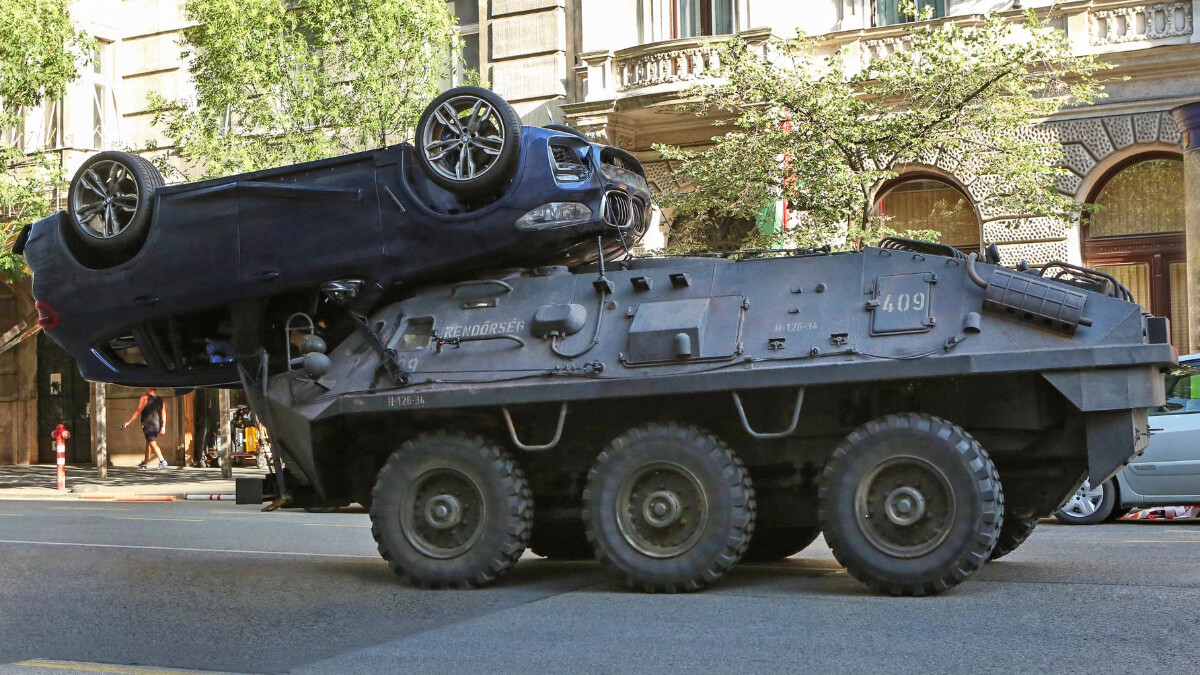 O.T Fagbenle: Yeah, it’s an exploitative relationship, she takes advantage of my emotions. I’m not going to lie about it. But listen, I signed up for it. I had a great old time. I get to flirt with Natasha Romanoff, I take naps, I’m not going look at that situation and complain. I got my fair share. In fact, I have two naps in this film.

How was it plunging into the world of MCU fandom? There was much online speculation about your character’s true purpose and identity...

Yeah, there was. I try not to spend too much time online looking at those things although it’s hard because the algorithms are strong. If I’m walking in the park with my mum, there’s no speculation about whether my character is Taskmaster—it’s only when you start looking for it, you know? I was with my personal trainer and he was convinced I was Taskmaster. I said, “Dude, I’m playing a character called Rick Mason.” He even went and got a Taskmaster doll. He asked me to autograph it and I told him I could find a doll and sign that for him but that it would be different.

What’s it like being in the middle of such a gigantic movie-making machine? That moment when the director shouts, ‘action!’ must be quite something...

I start acting way before they call action. I like ‘action’ to come in the middle of my scene. The scene where I’m lying on the bed, there’s literally...nothing. Then I get woken up by Scarlett Johansson kicking me. Sit and watch the credits all the way through, and don’t let them just wash over you. Every single name up there is a person, a professional, probably with a decade’s worth of experience. An army of people worked on this film.

I’ve directed, too, so I know how important it is. When you’re a director, you realize if that focus puller isn’t on point, the camera can be pointing at the most amazing performance of all time, and the lighting can be amazing, and the scenery can be amazing. But if it’s out of focus, that shot is no good, it’s just not usable. So pretty soon, you realize that this guy is super-important. Sometimes you can get fooled into thinking you’re the most important thing on set, but there are lots of very important people.

Are you a car guy?

Let me tell you about the first car I ever owned: It was a 1979 Camaro. It was so loud that it set off every alarm when I went into an underground car park. I was so proud and I thought I was being ironic or something. But to Americans, it was just really uncouth. Like, why would you have that car? It was actually a very abusive relationship. That car treated me so badly. I threw money at it constantly, it was a horrible car. I loved it, but we had to part. In the end, it was actually taken off me by the City of Los Angeles. 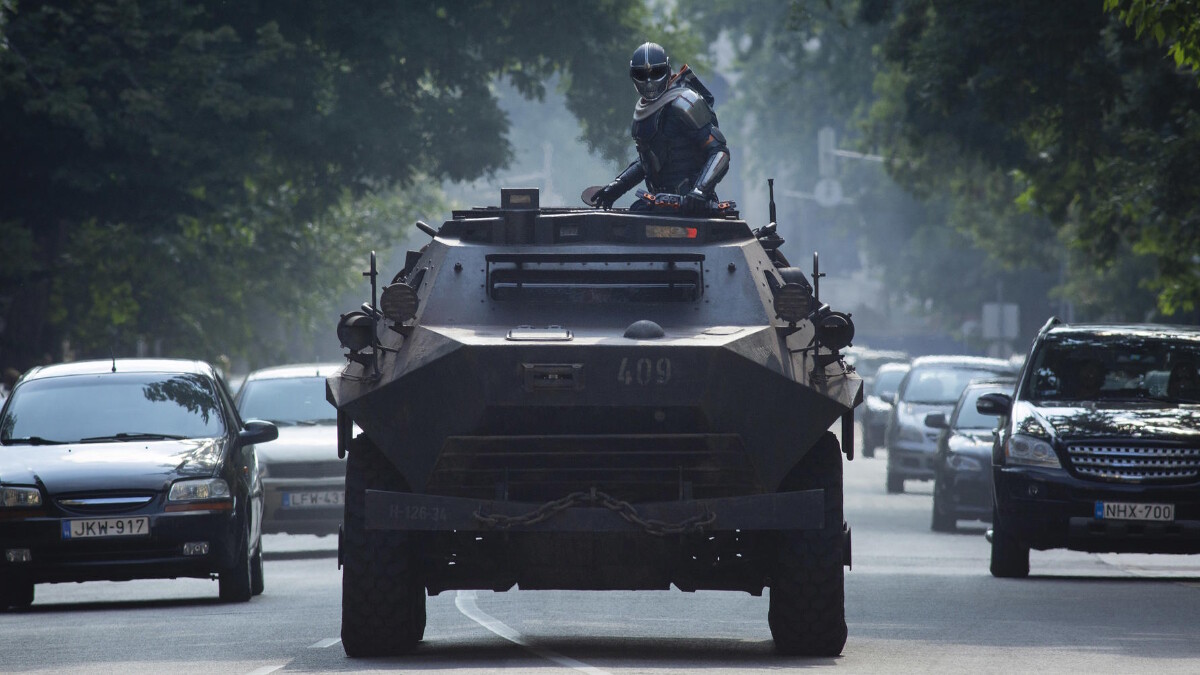 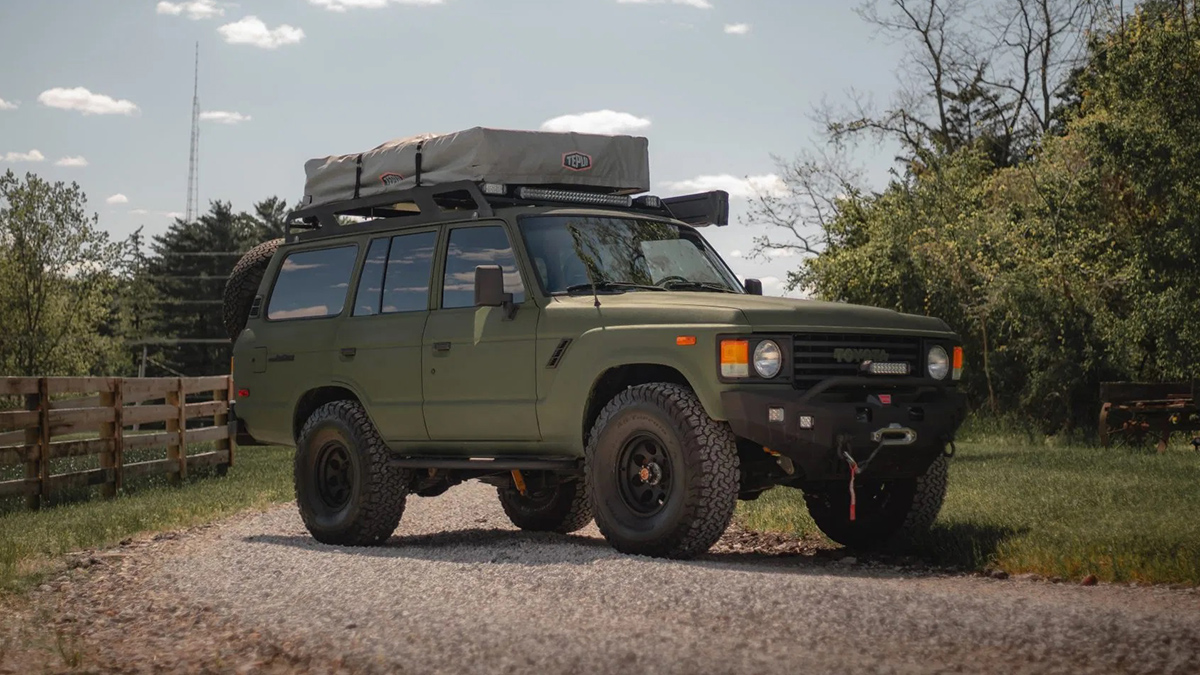 Auction finds: P1.26-M for an adventure-ready ’84 Toyota Land Cruiser, anyone?
View other articles about:
Read the Story →
This article originally appeared on Topgear.com. Minor edits have been made by the TopGear.com.ph editors.
Share:
Retake this Poll
Quiz Results
Share:
Take this Quiz Again
TGP Rating:
/20